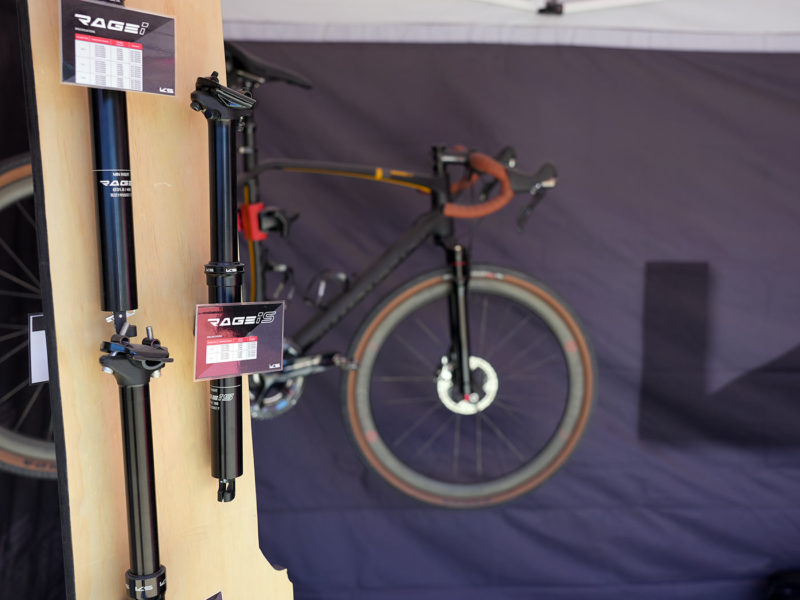 KS Suspension is upping the suspension seatpost stakes with their new Rage iS, a fully air sprung, air controlled dropper seatpost that gets full customizable travel and feel.

They also showed off a carbon fiber gravel suspension fork that’s still in development, but we managed to get a few details… 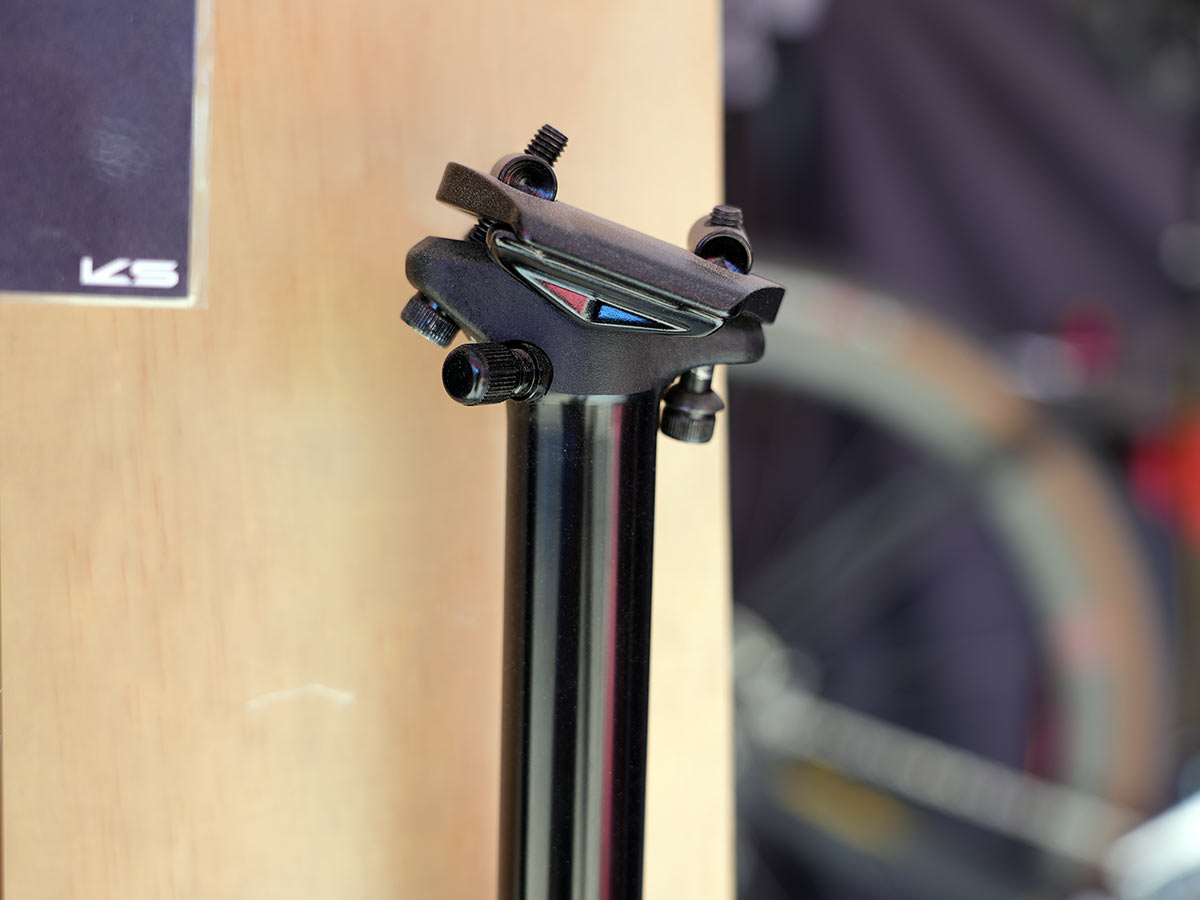 The Rage iS uses an air spring, with a Schrader valve just under the clamp so you can set the spring pressure however you want. Set it low and you’ll get more travel, or add more air for less travel. They say the typical range is about 25-30mm, but you can customize to your liking…and body weight. 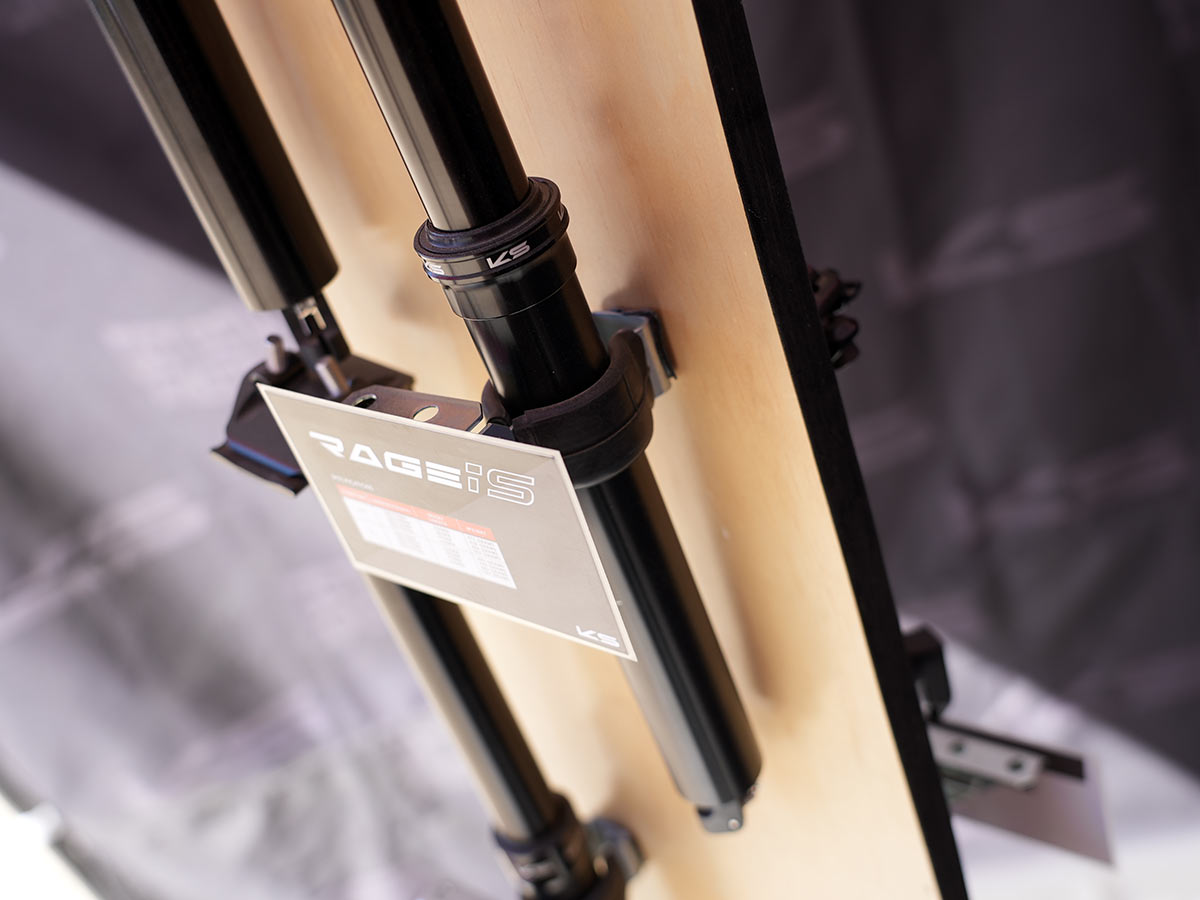 It has an air negative spring, and air transfers as you drop it, so it stays supple no matter where you are in the travel or drop. Unlike the new Rockshox Reverb XPLR, which is rigid at top out and only adds suspension once it’s slightly into its drop, the Rage iS is active even at top out.

There are top and bottom out bumpers to prevent hard landings in either direction. It’s an air lockout, so not a hydraulic system, which they say is more reliable and lighter. 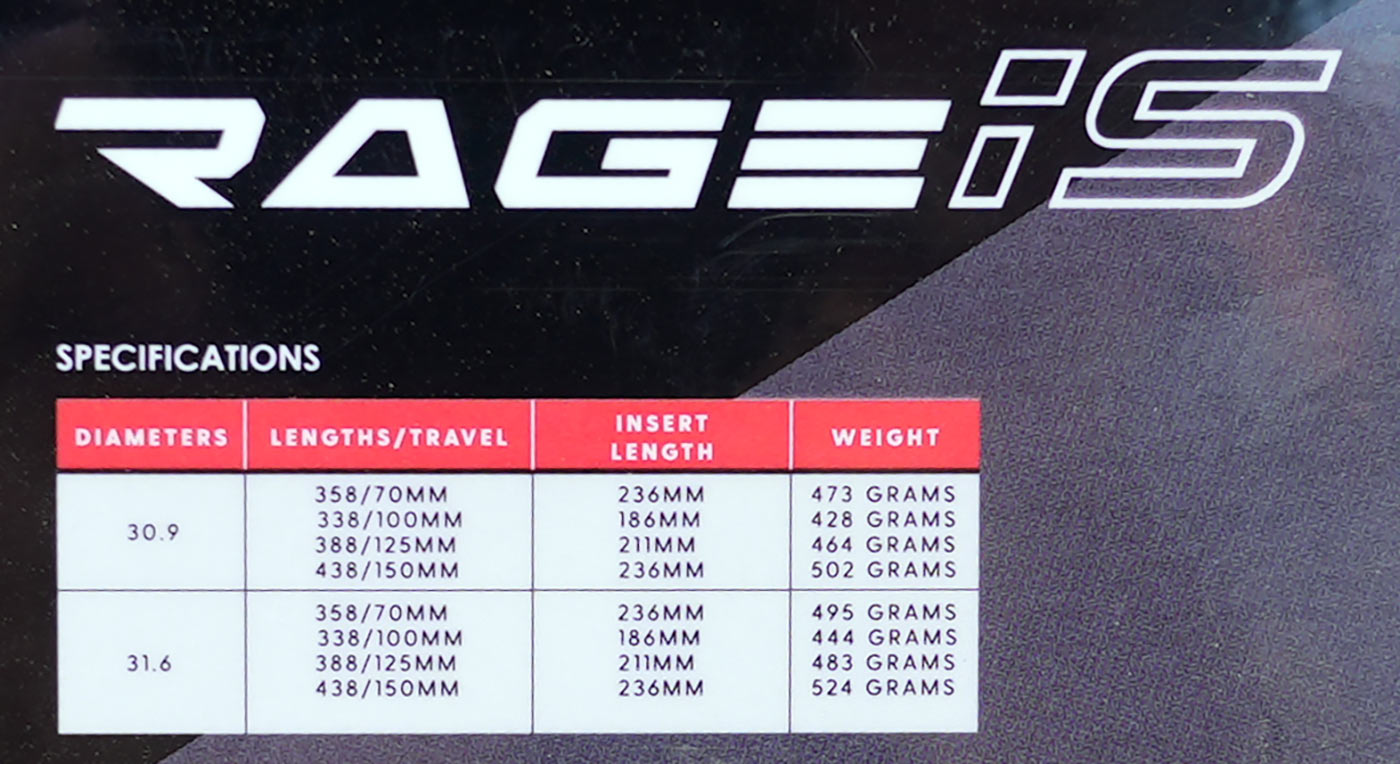 Retail price is likely around $200 (we’re waiting for them to confirm), and it’s sold a la carte from the remote, so you can get whatever remote lever you want, whether for drop-bar gravel, or over or under flat bar remotes. 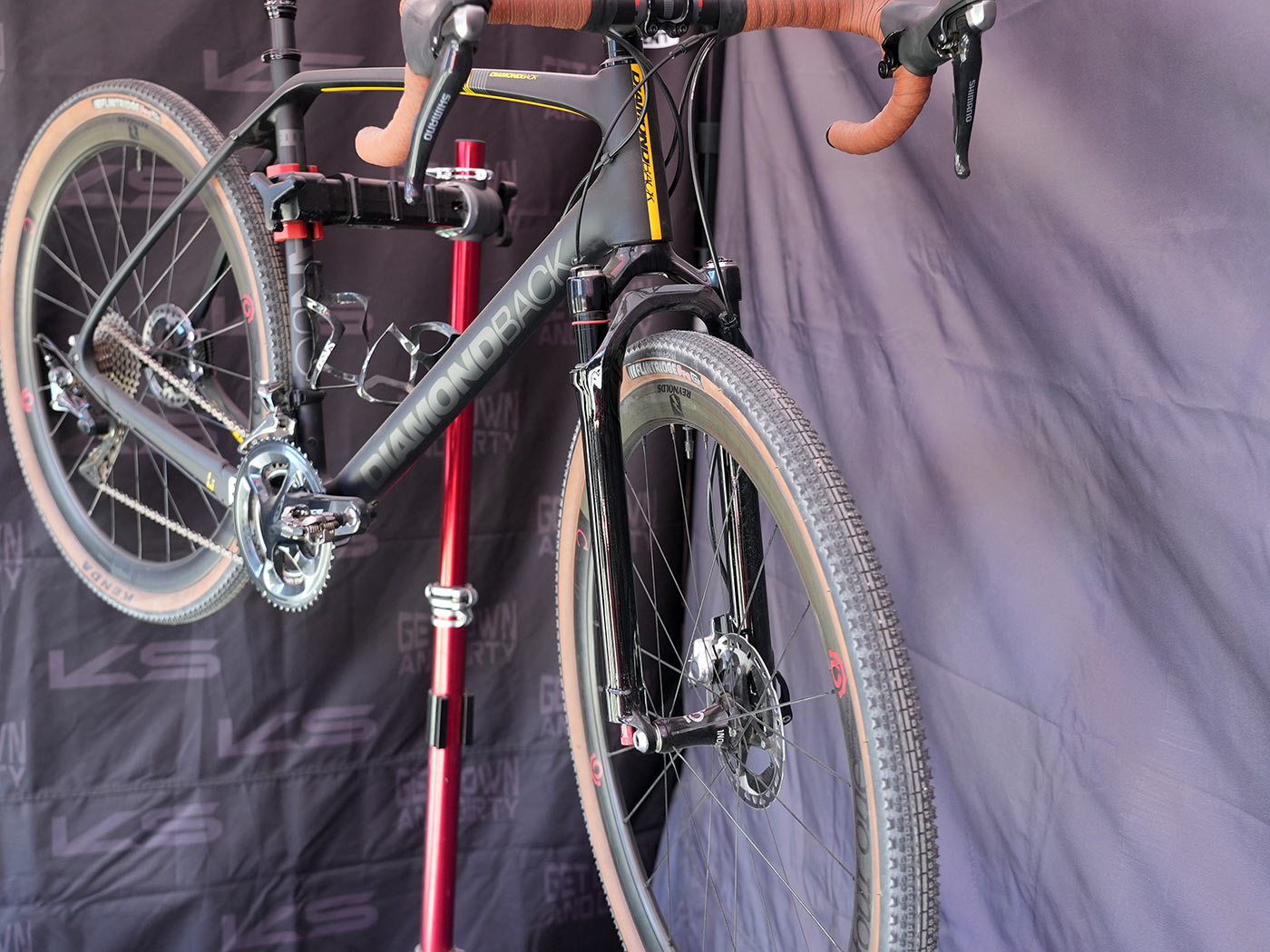 They have a gravel suspension fork coming, and the final spec could change, but they say it’s likely shooting for about 40-45mm travel. 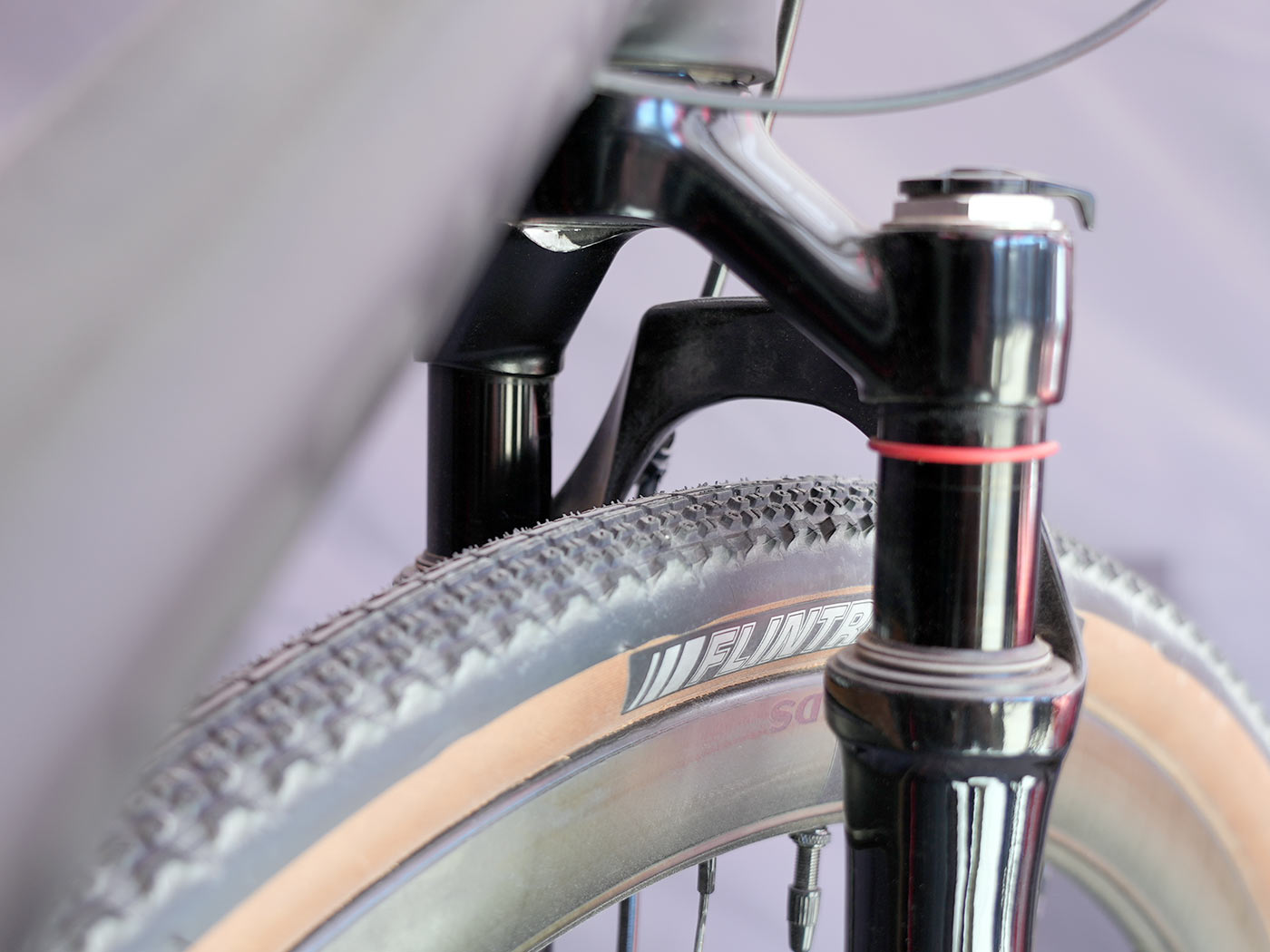 What sets it apart is that it has a carbon fiber lower, with a forged alloy crown, so it should be really (or at least comparatively) lightweight when it comes out…which is TBA. 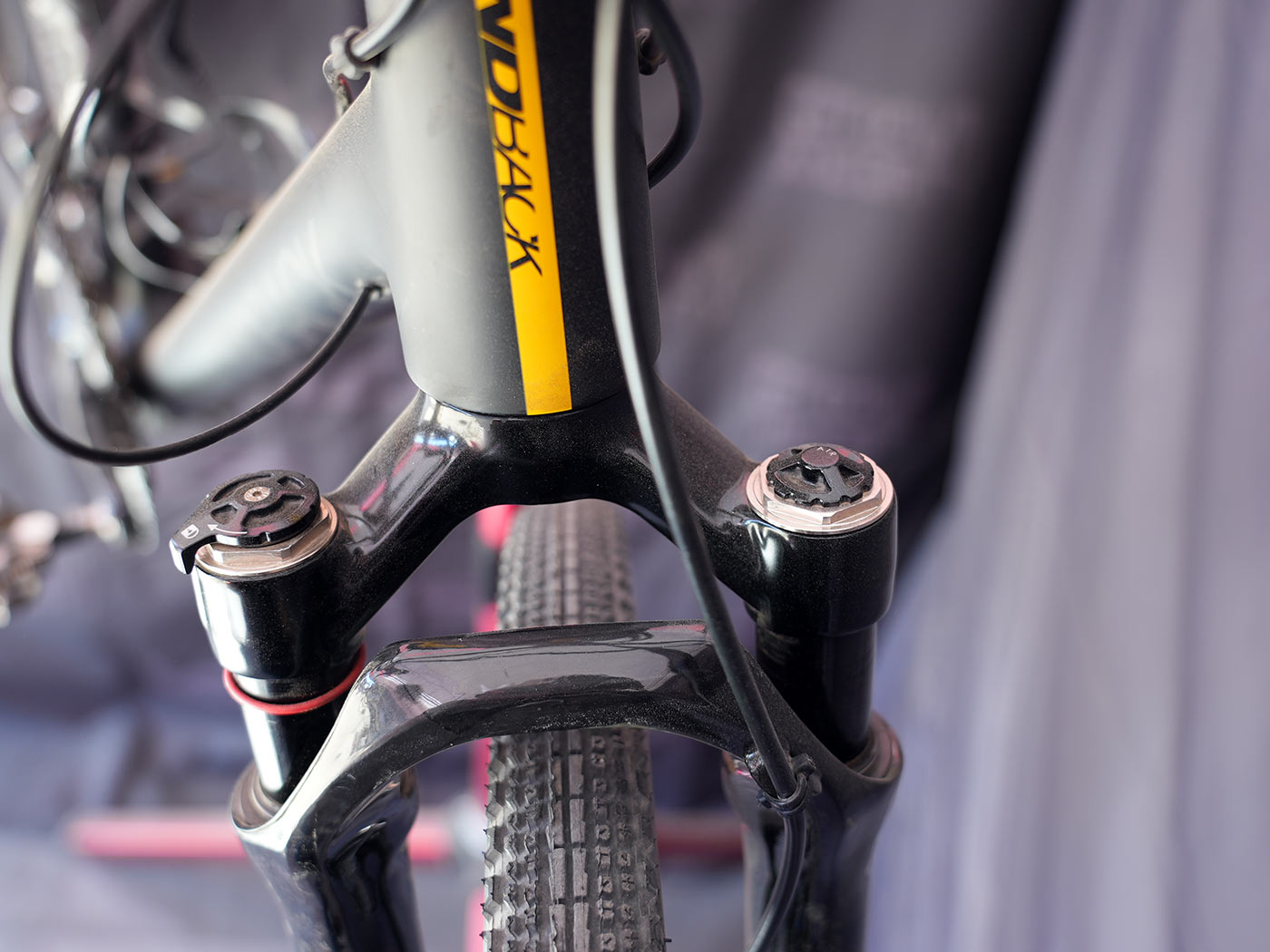 They’re planning to offer IS and flat-mount brake mount versions, and it’ll use the normal 12×100 axle spacing. 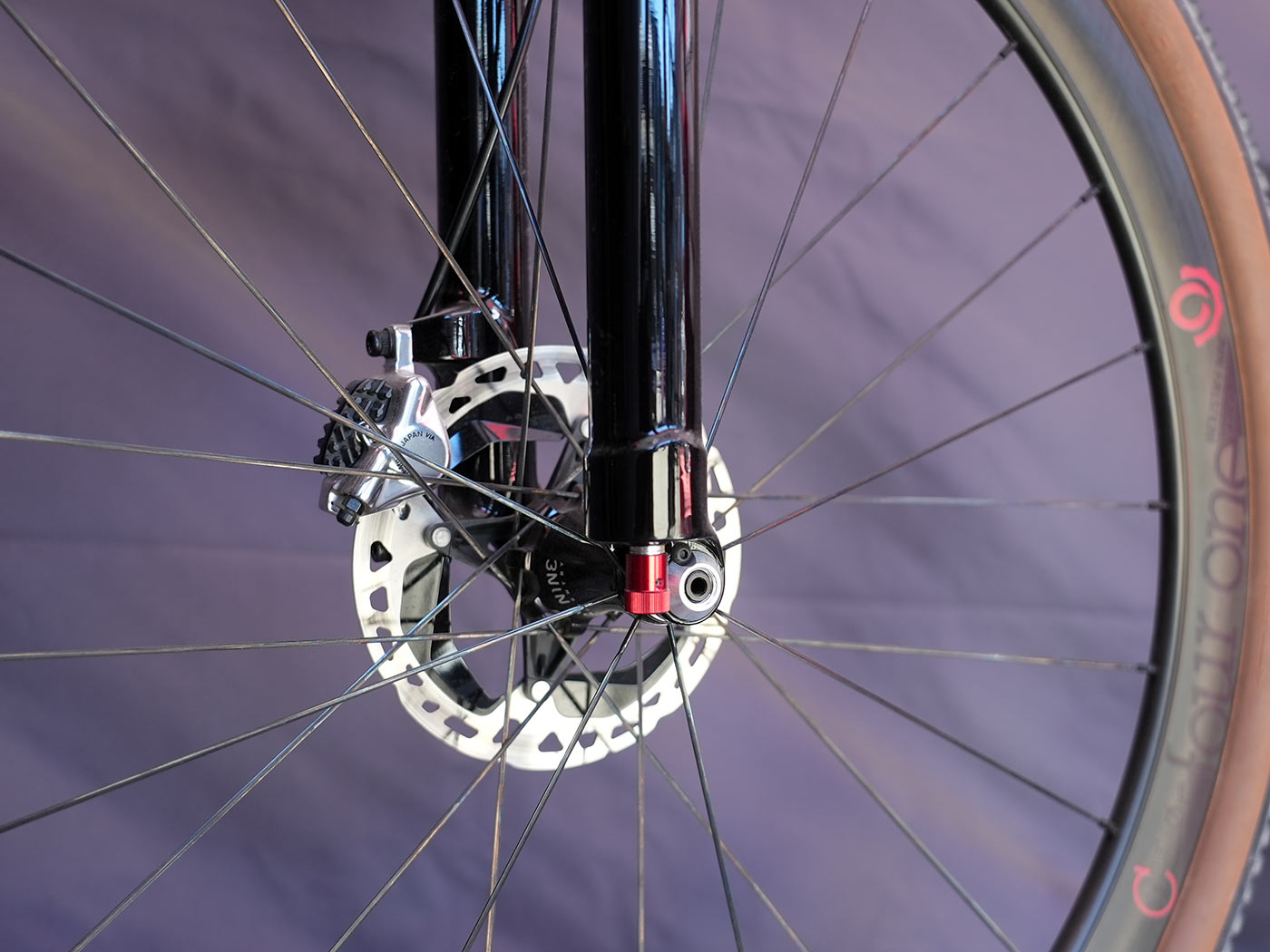 Not shown, they have new mountain bike handlebars coming out of a new factory they acquired. Which means they’re now doing a more proprietary design with added vertical compliance for comfort, but remaining stiff in the lateral plane for accurate steering. They also made them wider so you can cut them down to your liking.