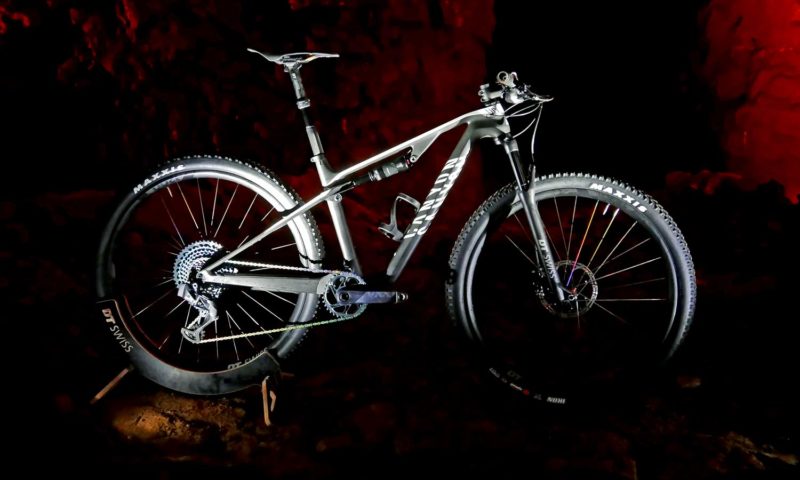 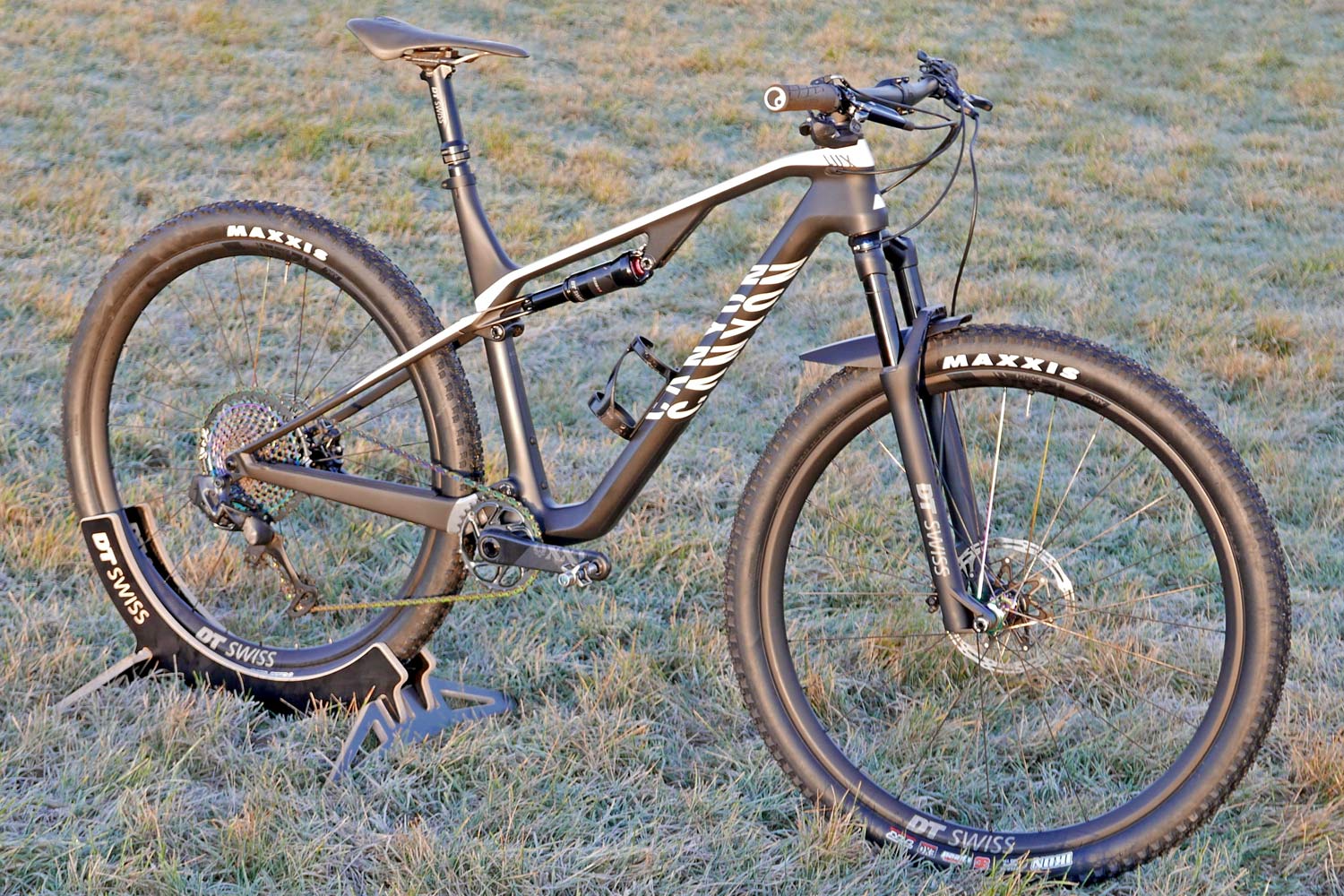 Canyon has an exclusive one-year deal with DT Swiss to be the only OEM partner that will deliver complete bikes with the full DT Swiss 232 One XC suspension platform, including the new dropper. A big part of DT’s January release of the new 232 family is to have it ready, launched six months ahead of the Olympics to be available for their sponsored athletes to race in Tokyo 2020. They needed at least a public limited edition to comply with the UCI/IOC equipment rules, so it was either going to be 232 pieces, 23, or 32. 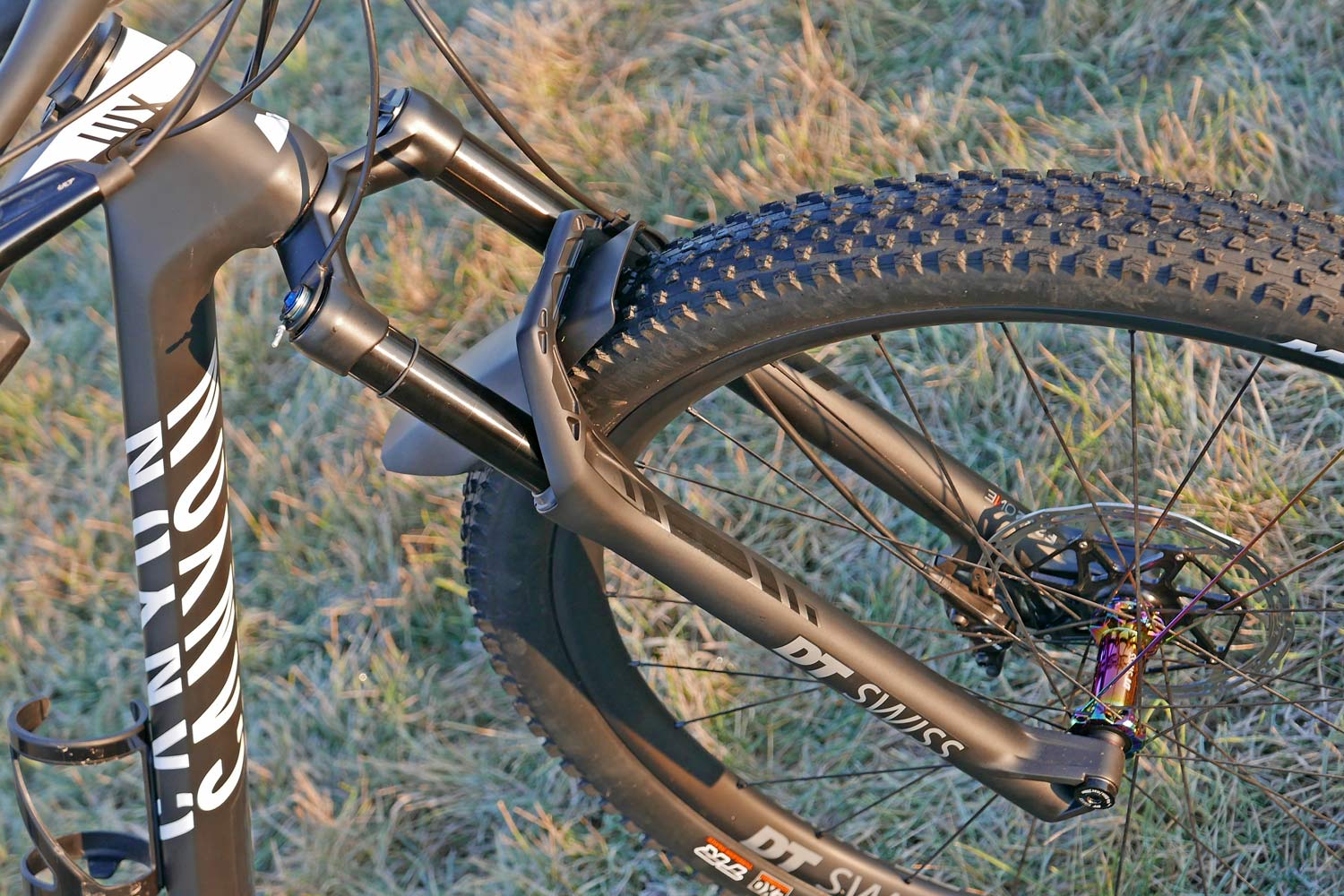 The DT Swiss Race Limited edition bike is of course outfitted with the complete new DT 232 suspension family. Up front that means the middle 110mm travel version of the F 232 One 29er fork. That is longer travel than Canyon offers in any of their other top-spec XC race versions of the Lux (the same as the standard Lux CF SL), to take more advantage of the increased torsional & bending stiffness of the DT fork, and the efficient Incontrol damping design with its 3-position ODL remote lockout lever. 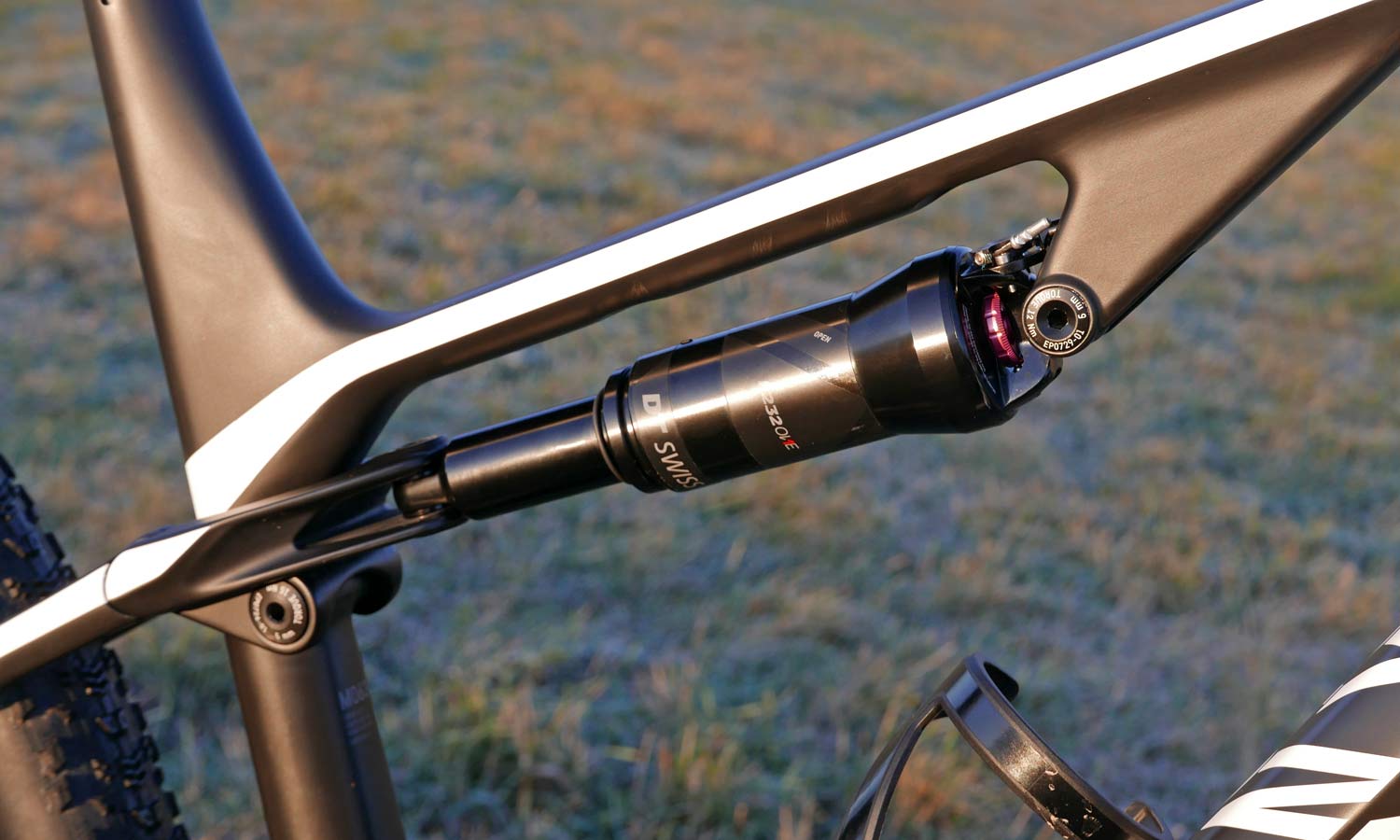 The special edition bike still starts with the top-spec 100mm travel Lux CF SLX carbon frameset that Canyon claims to weigh as little as 1662g without the shock. This build gets the new DT Swiss R 232 One shock in its standard mount version with remote lockout, claimed to weigh just 230g. 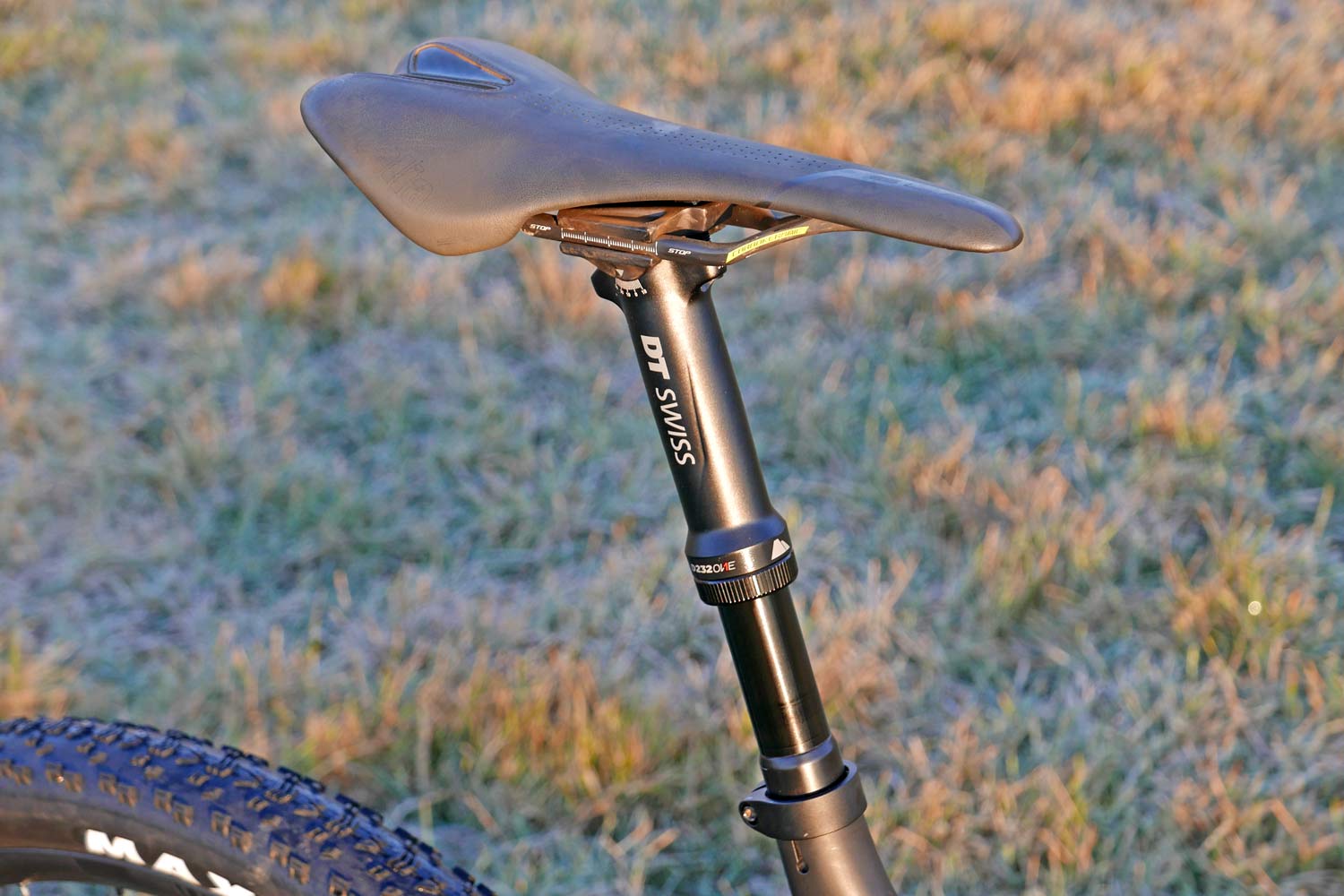 The bike also includes the new DT Swiss D 232 One upside down dropper seatpost, an OEM exclusive for Canyon for the 2020 model year. The mechanically actuated D232 weighs just 369g in this 30.9mm version, and delivers 60mm of dropper travel. 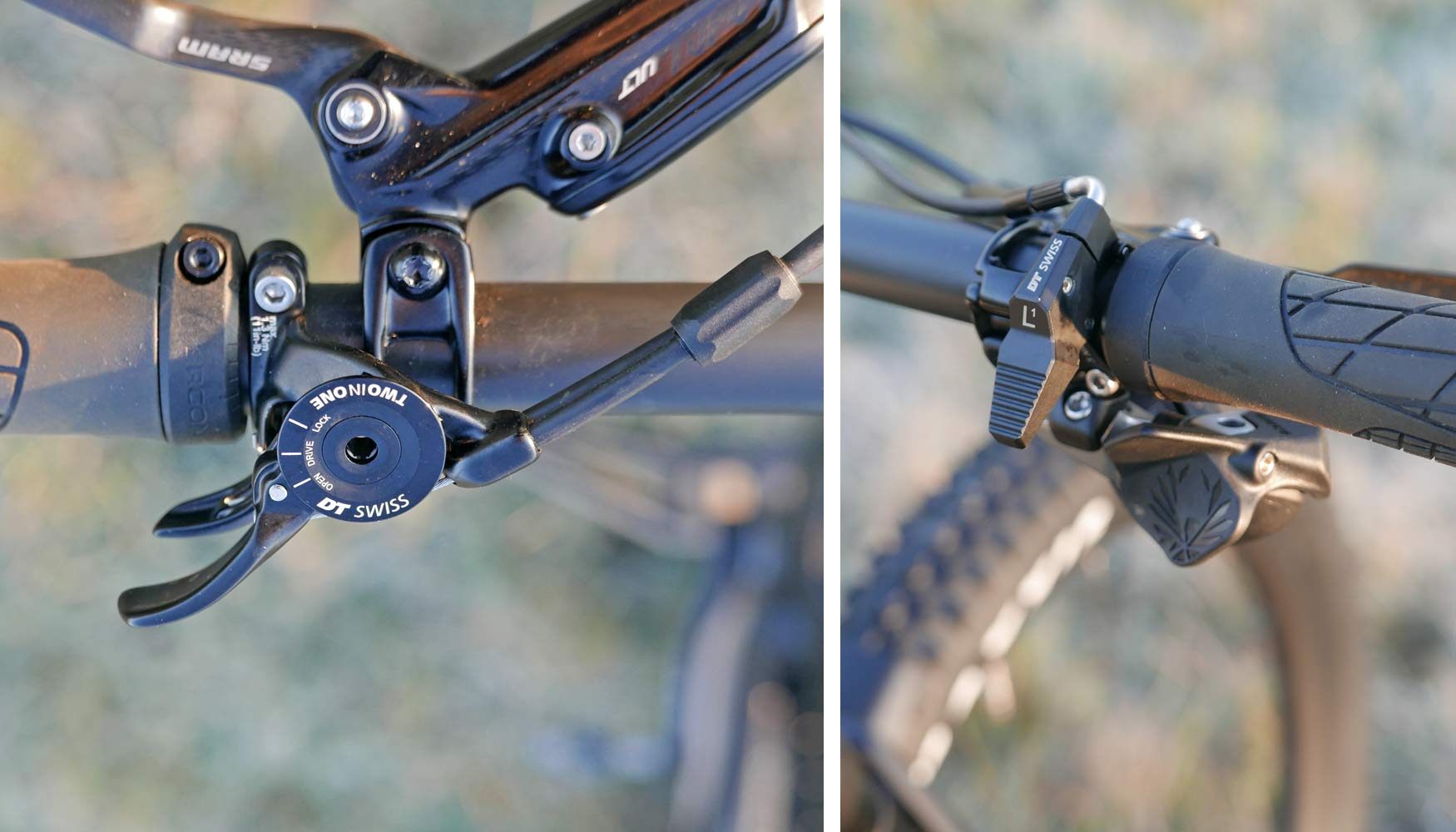 DT Swiss’ Two-in-One ODL suspension lockout remote actuates both fork & shock together for easy movement between the three Incontrol compression damping modes: Open, Drive & Locked. The D232 dropper also includes the new smooth action L1 remote lever which can be run on either side of the bar. 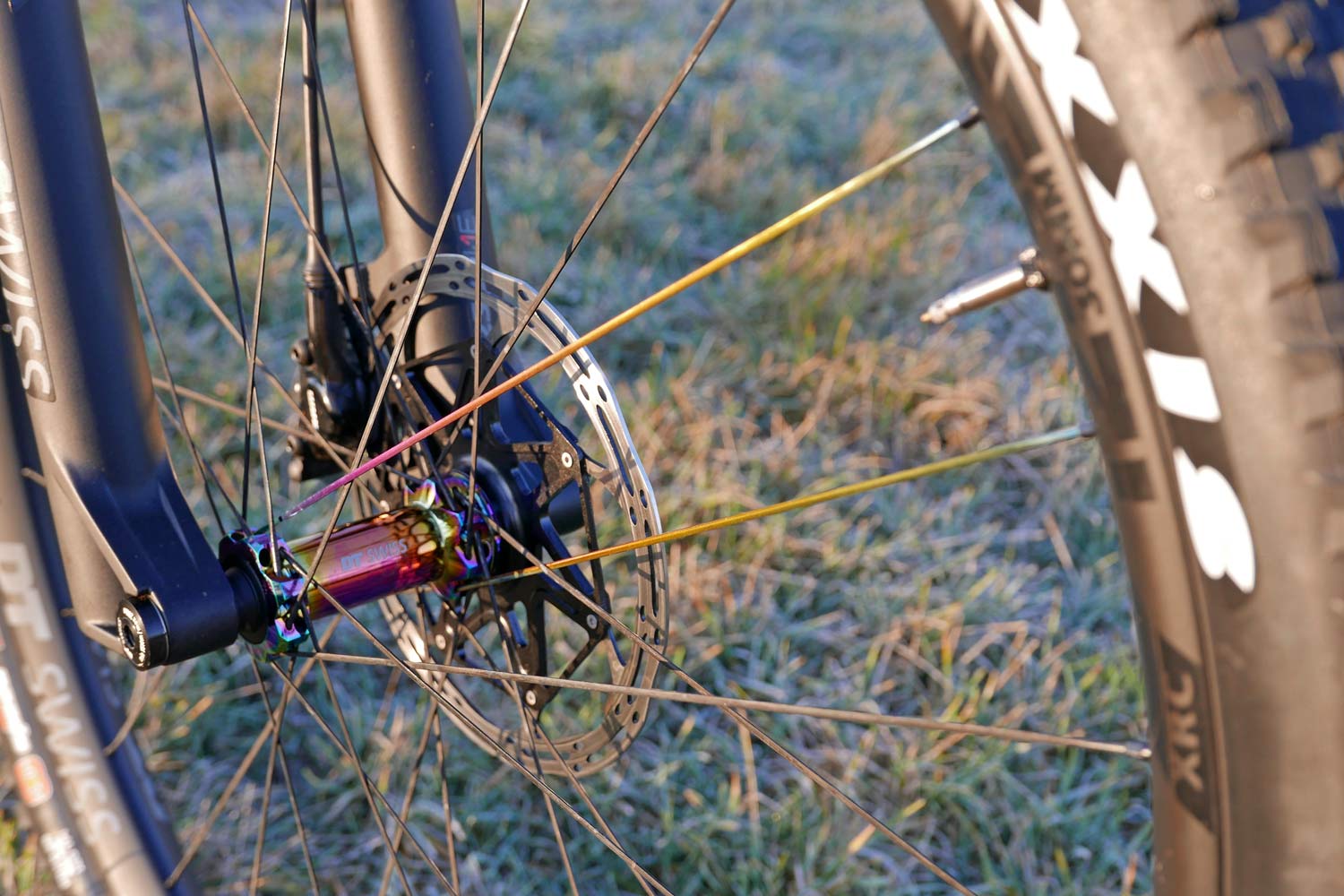 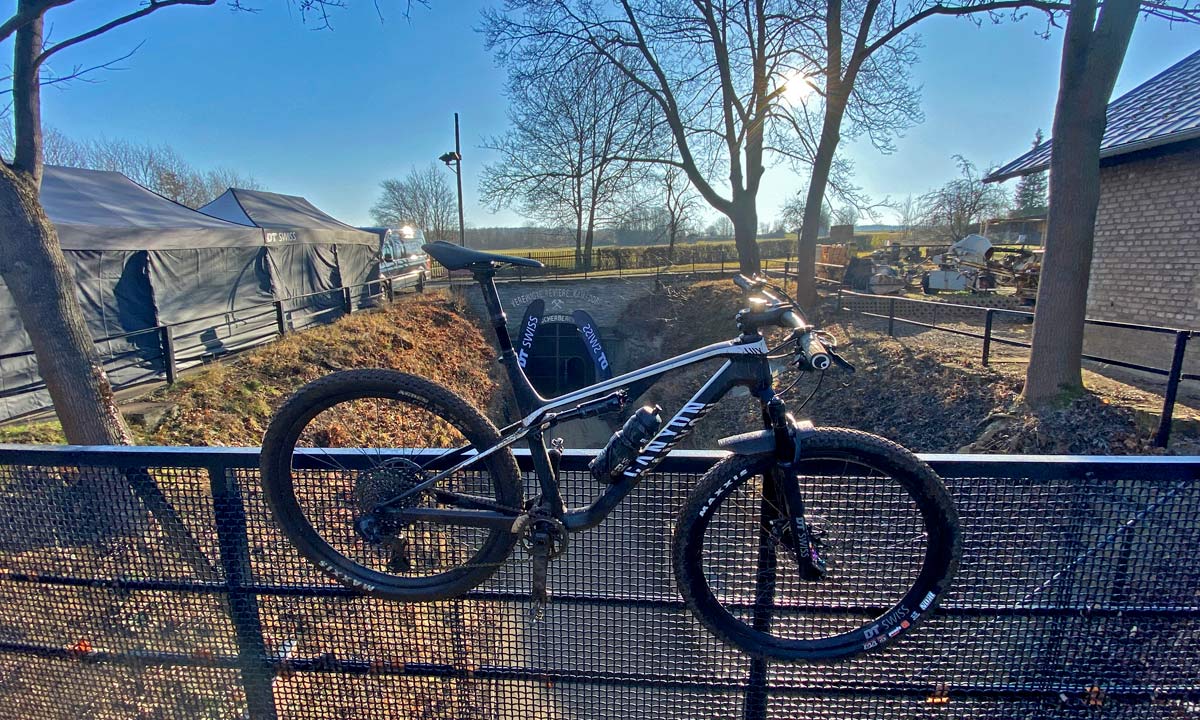 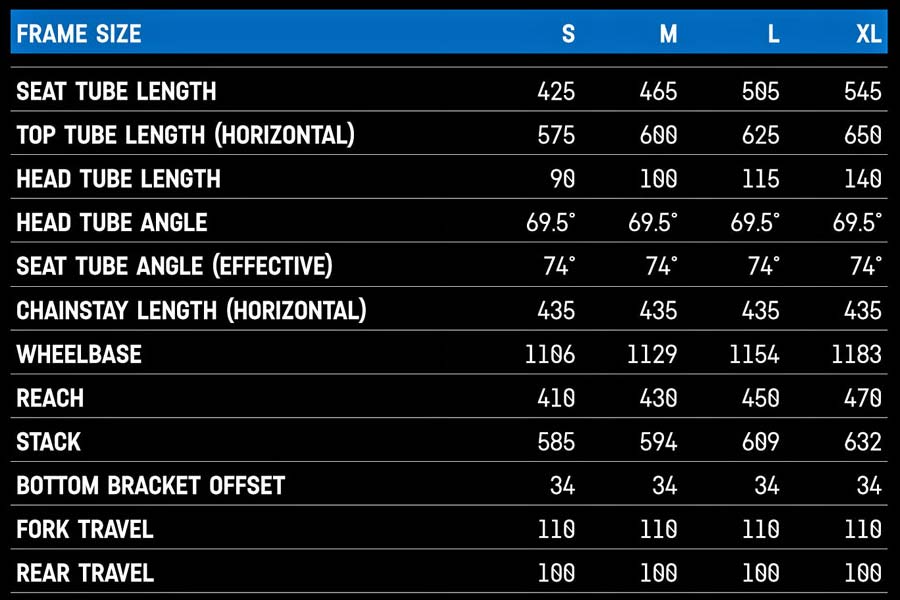 Since the DT Swiss Race Limited edition bike gets the longer 110mm fork, it also gets the same slightly slackened geometry of the Lux SL. Canyon originally said that suited the bike better for marathon racing and more general trail riding, but the extra 10mm of fork travel and the 0.5° slacker head angle also just makes this build more capable on the most technical XCO race courses. 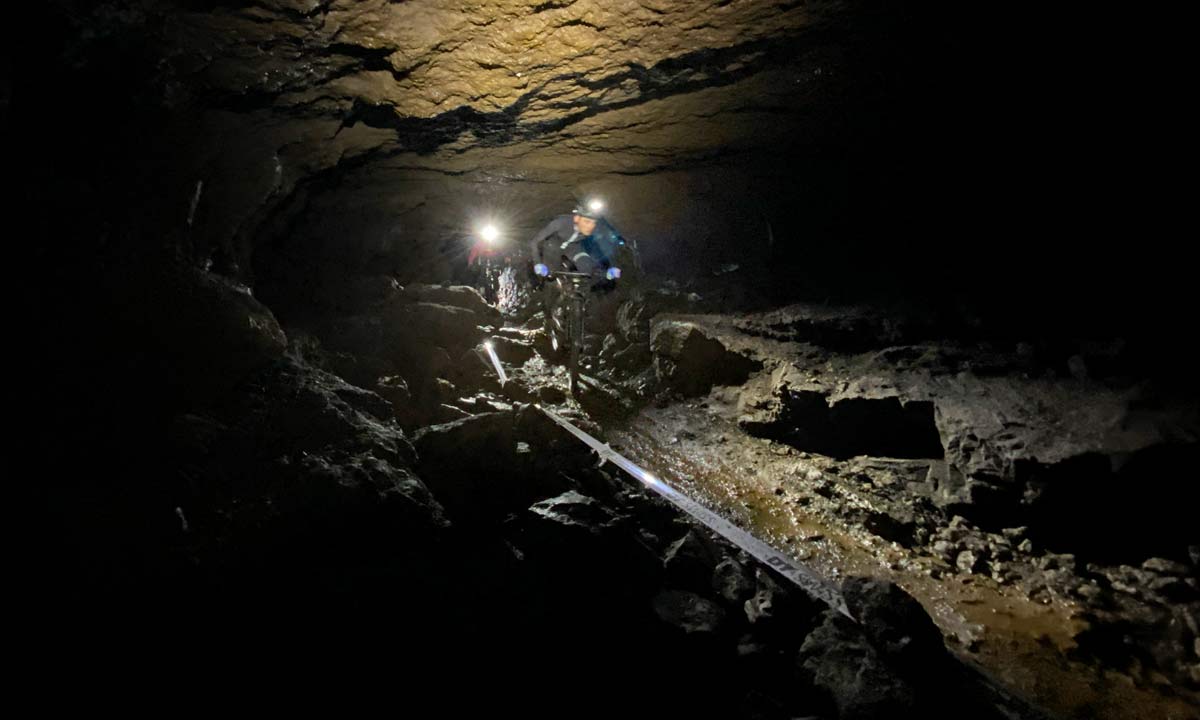 Even in its very limited 32 individual bikes, the Canyon Lux CF SLX 9.0 DT Ltd. edition retails for an almost reasonable 7500€ (~$8500)… when you compare what you get with the standard, shorter travel SLX 9.0 Race Limited spec.

I’ve spent time on both the 100mm version, and now this 110mm build with DT Swiss suspension riding underground in a disused German mine. And I’ve come away convinced that the Lux is a light, nimble & capable XC race bike, made more trail-ready thanks to the upgraded DT suspension without any weight penalty. 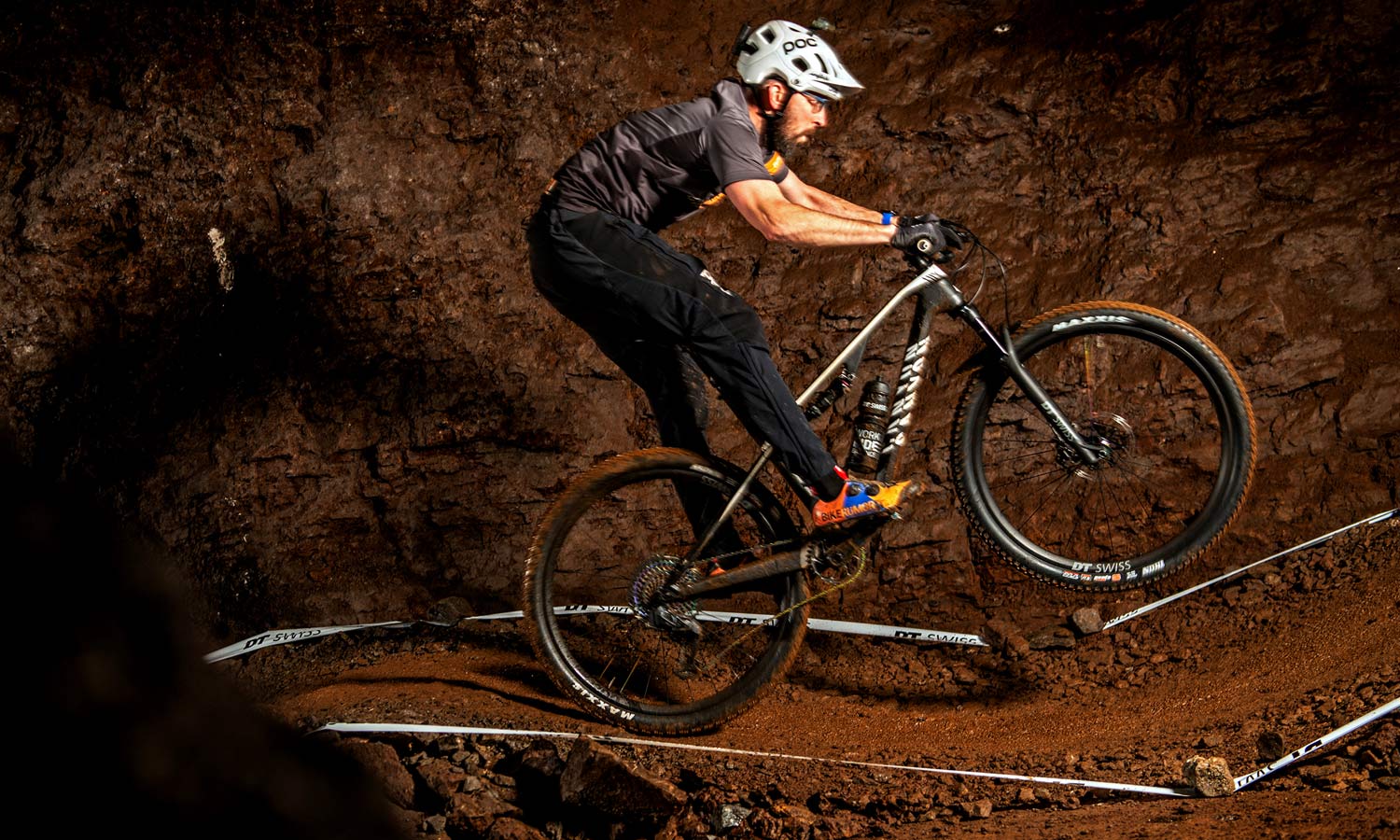 The 2020 Canyon Lux CF SLX 9.0 DT LTD edition is available globally for order now from Canyon, and should have a complete bike weight of 10.14kg, saving just about 60g over the shorter RockShox-equipped build with narrower Reynolds wheels. Order yours fast if you need the extra leg up to try to fight for a spot from your home countries Olympic MTB selection committee.

The wheels are what I want! You can keep that (deleted) seatpost.