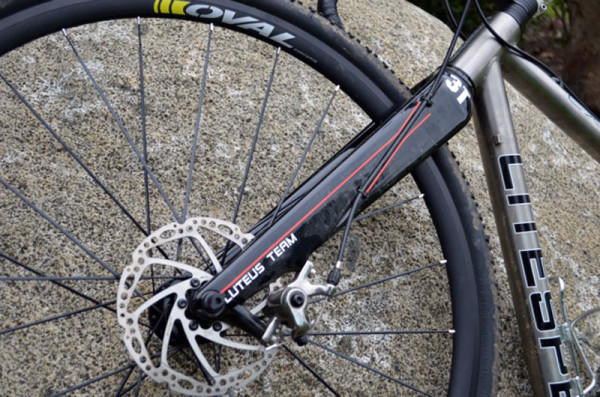 It’s been quite some time since we’ve posted anything about the 3T Luteus carbon disc brake cyclocross fork. About three years, to be exact, but that doesn’t mean it hasn’t been seeing use. As one of the very first carbon disc brake forks made specifically for cyclocross, the Luteus divided opinions on its cable routing, but it was hard to deny the appeal of dropping weight and adding rigidity. Here’s how she’s performed for the past few ‘cross seasons…

With it’s gloss black finish and red pinstripes, the 3T Luteus disc brake carbon ‘cross is certainly dressed to impress. That said, these original graphics didn’t blend in with any frame, so 3T has (wisely, in our opinion) added a matte black stealth option.

During the past two seasons of testing, it’s been raced plenty, ridden a ton and managed hit the deck a few times. Check our original Unboxed & Weighed post for photos and weights, then hop the barriers for the long term review… 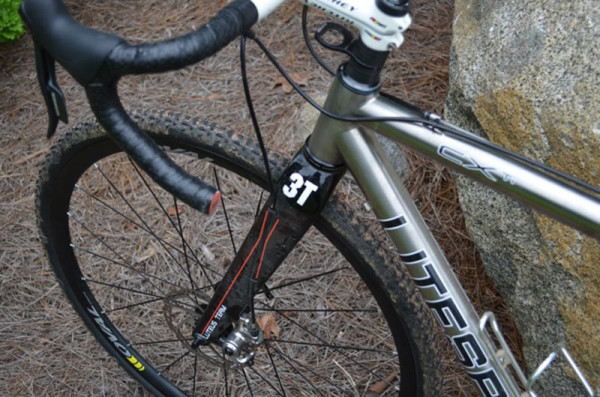 When we first received the fork, I put it on my Moots (not shown) for early season training. It was stiff and went where it was pointed. It also handled braking forces well, without any shudder and minimal rearward flex. I credit the long, bladed shape for that, as it simply resists aft deflection. That makes for a sturdy ride. Unfortunately, my big wreck put me out for that season, so the fork was inspected and handed off to Rob for the long term review. All I can offer is that it worked really well on training rides and held up to one heck of a crash with nary a scratch. There was also no damage to the brake cable, likely because it can’t really hit the ground. With that, here’s Rob’s long term take… 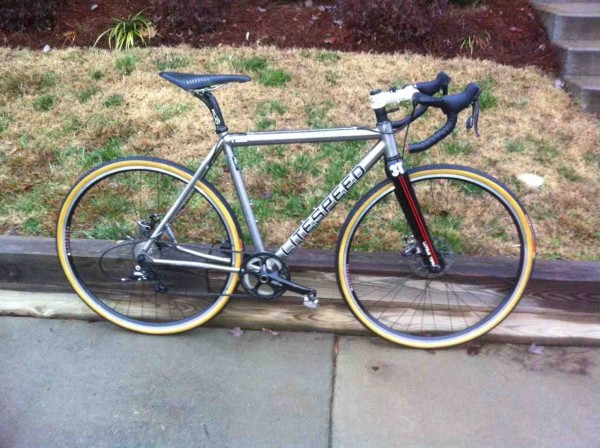 I put the new 3T Luteus Disc Brake Cyclocross Fork on my bike and immediately noticed how much stiffer the fork was than the non-tapered, non-disc carbon fork I had ridden previously.

Its 1-1/8″ to 1-1/2″ tapered steerer, massive crown area and wide fork legs help keep it from twisting when braking late and diving into a corner allowing you to concentrate on your line rather than corrective steering inputs. While the fork is incredibly stiff, the engineers at 3T found a way to include some small bump compliance into the fork, so it’s comfortable, too. 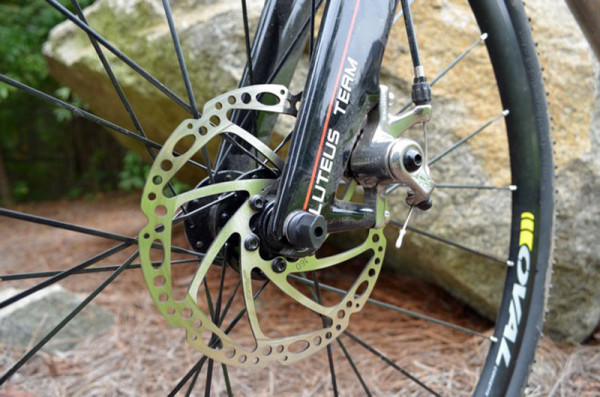 3T also included little touches like forward facing droupouts to help counter the forces generated by disc brakes. That’s good since there’s not a thru-axle version (yet?). I never had any issues with front wheel retention. Two zip tie holders molded into the outer side of the non drive side fork leg hold the brake cable securely.

Not everyone is a fan of the outside cable routing, but with cable actuated disc brakes still being most prevelant it provides cleaner routing to the caliper, helping reduce friction for smoother, better brake feel. Also, since this fork was designed for disc brakes and not cantis it gains a generous amount of mud clearance at the crown. I’ve only slogged through a few muddy races, but the extra clearance between my Limus 33 tires and the fork allowed me to finish the entire event without pitting. Looking back, that may or may not have been the best race strategy…but that’s another story. 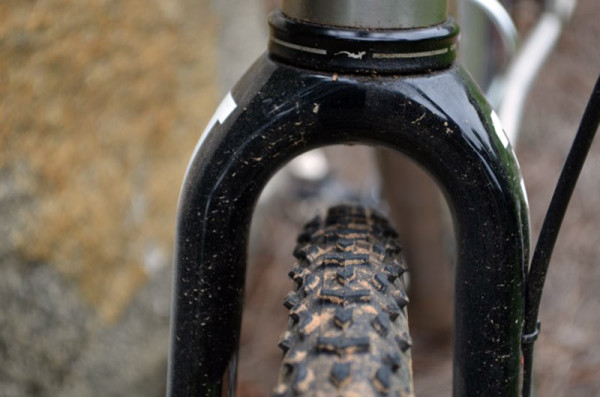 Overall if you are looking for a race ready, light and stiff fork that has been through the “cruddy, grimy and muddy hell” know as cyclocross then look no further than the 3T Luteus. It retails for $560 and can be ordered through your favorite local bike shop. 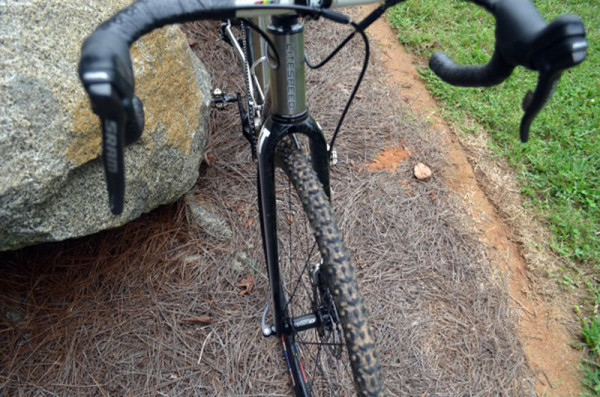 I just put one on my aluminum ss cx bike. I’m glad I got the Stealth finish, it is much nicer looking ATMA.

I’ve only raced it once and ridden a few miles on the road, but so far, I am happy. I weighed it with the crown race installed and it came in over 500 grams, so maybe they’ve beefed them up in the last year or two? Even if that’s the case, I do like the massive clearance, the look of the fork, and so far, the performance. I’m using a 160mm rotor as I believe that is the smallest that this fork can accommodate.

The Luteus is sold with the Felt F1Xd frameset too. I own one and I can say it is not the most bump absorbing fork available but tracks really well.