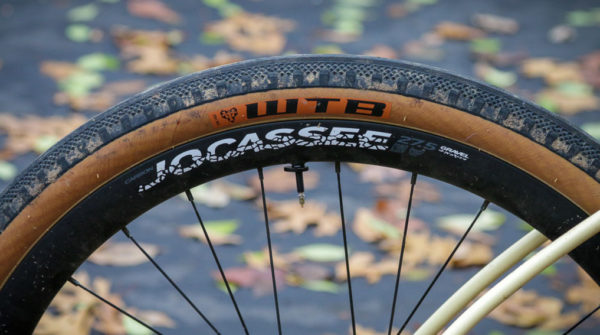 There are more drop bar bikes than ever rolling on 27.5″ or 650b tires. Naturally, that has meant an increase in the number of drop bar specific 650b wheelsets meant to take on more rugged terrain. Not only that, but wheels like the Boyd Jocassee have been optimized around the 650b x 47mm tire size which seems to have gained the most traction for Road+. In the case of Boyd’s carbon gravel wheelset, the rims still offer an aerodynamic profile while offering a ride quality and durability worthy of off road pursuits. 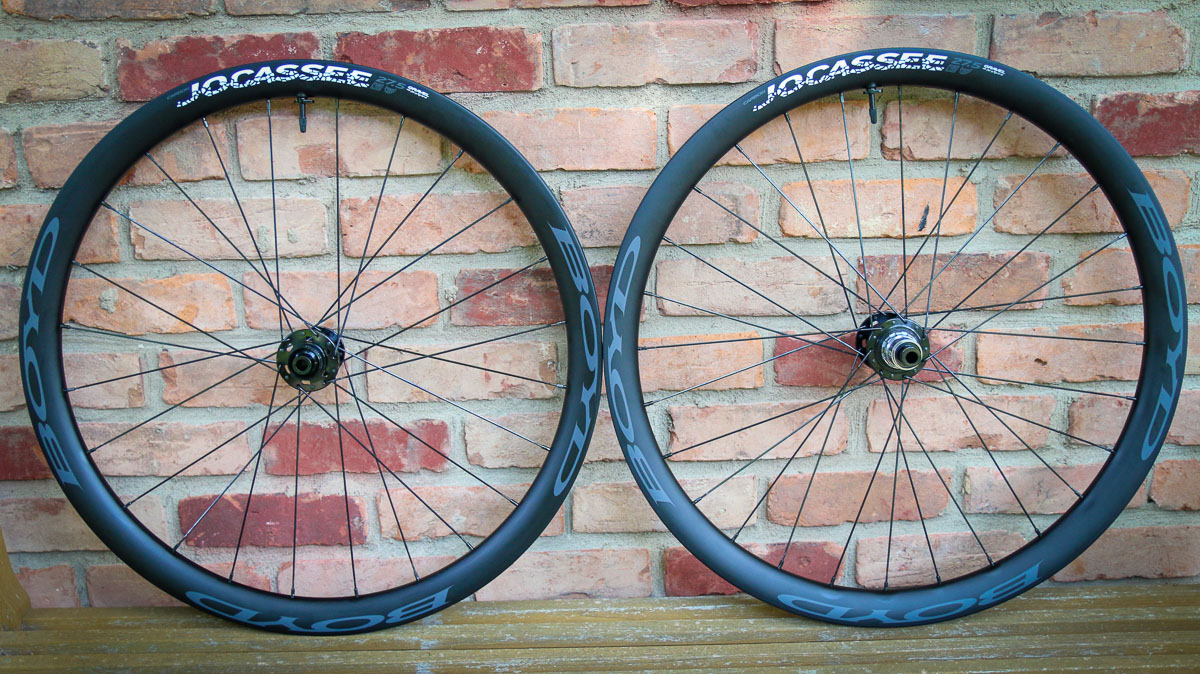 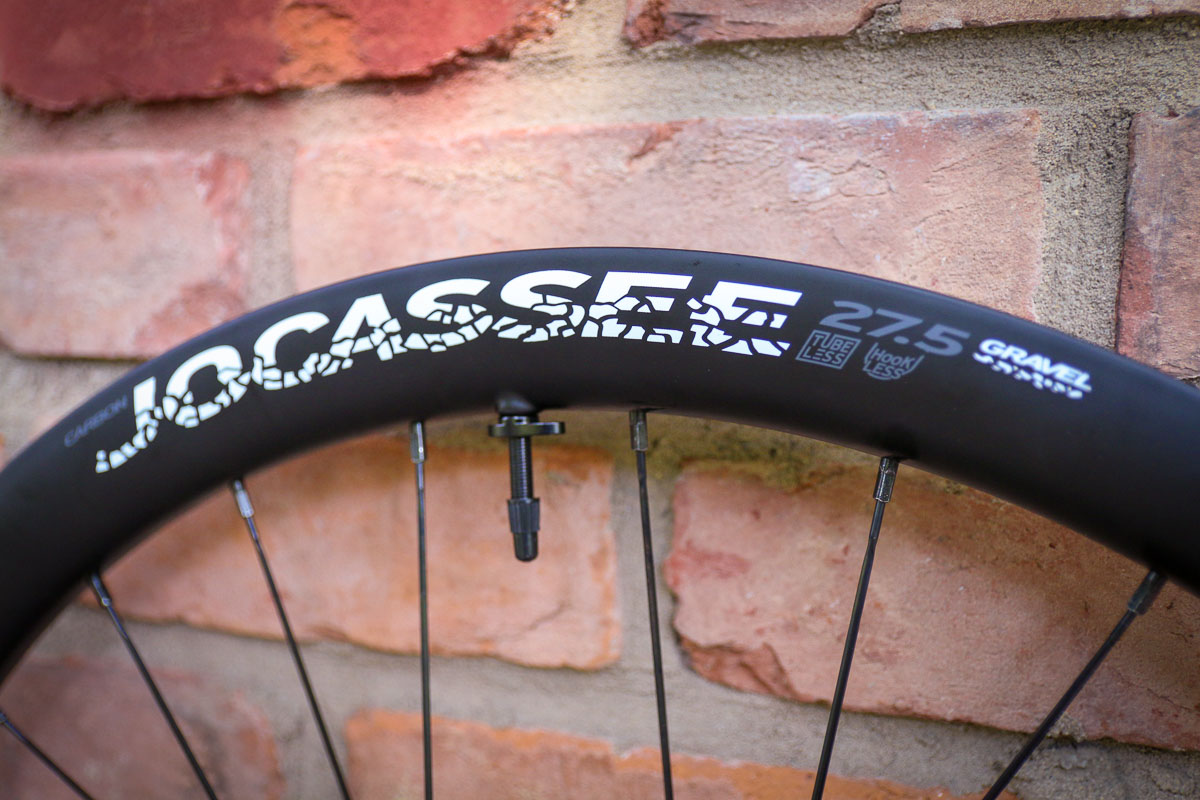 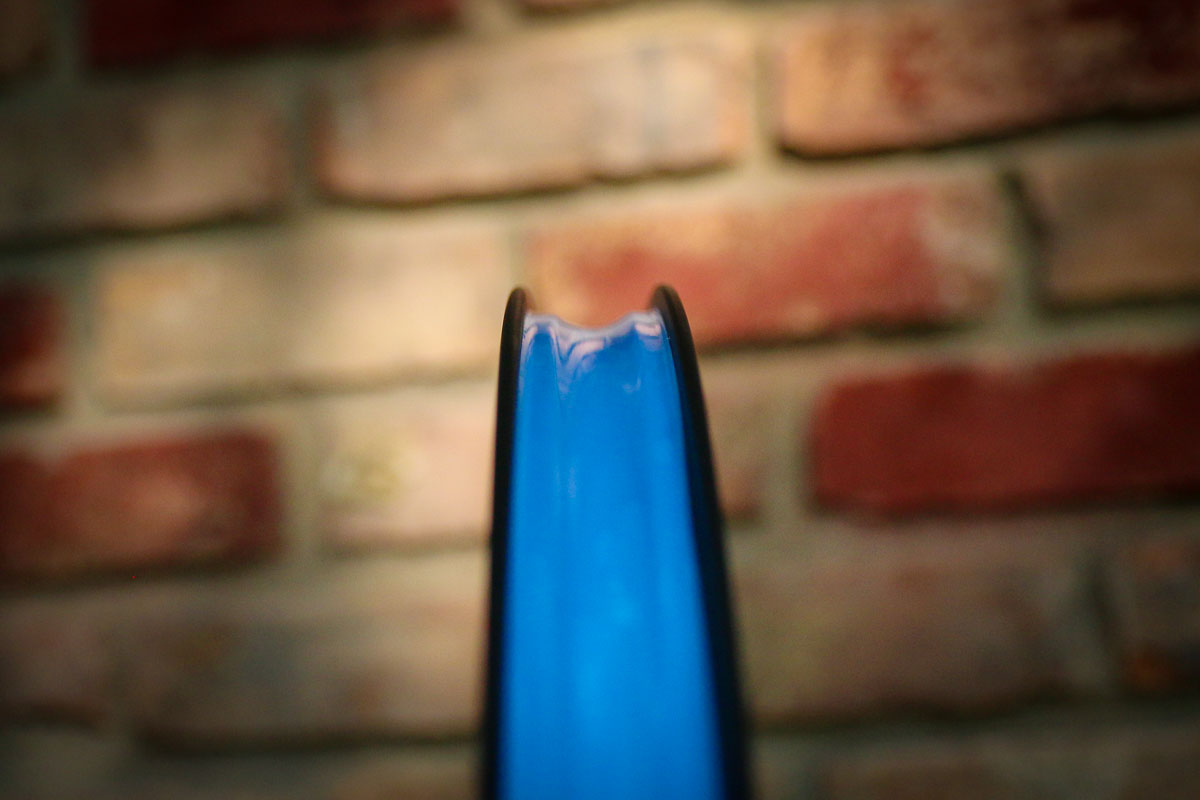 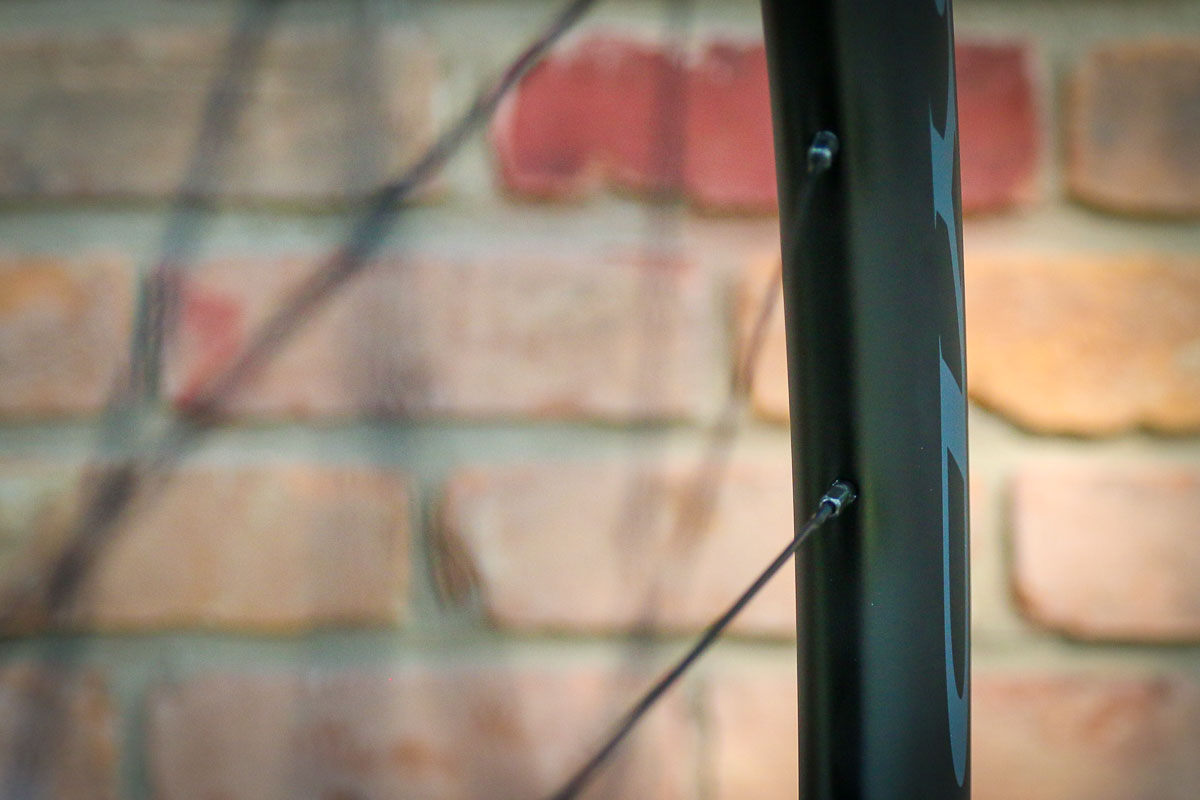 Measuring in at 24mm internally, the hookless rim is purpose built for the wider tires that have become popular with this wheel size. The carbon rims are also 36mm deep which should provide some aero benefits at higher speeds – though the big tires will likely have the greatest effect on aerodynamics. Each rim has a 2.9mm offset for a more balanced wheel build, and a claimed rim weight of 430g. 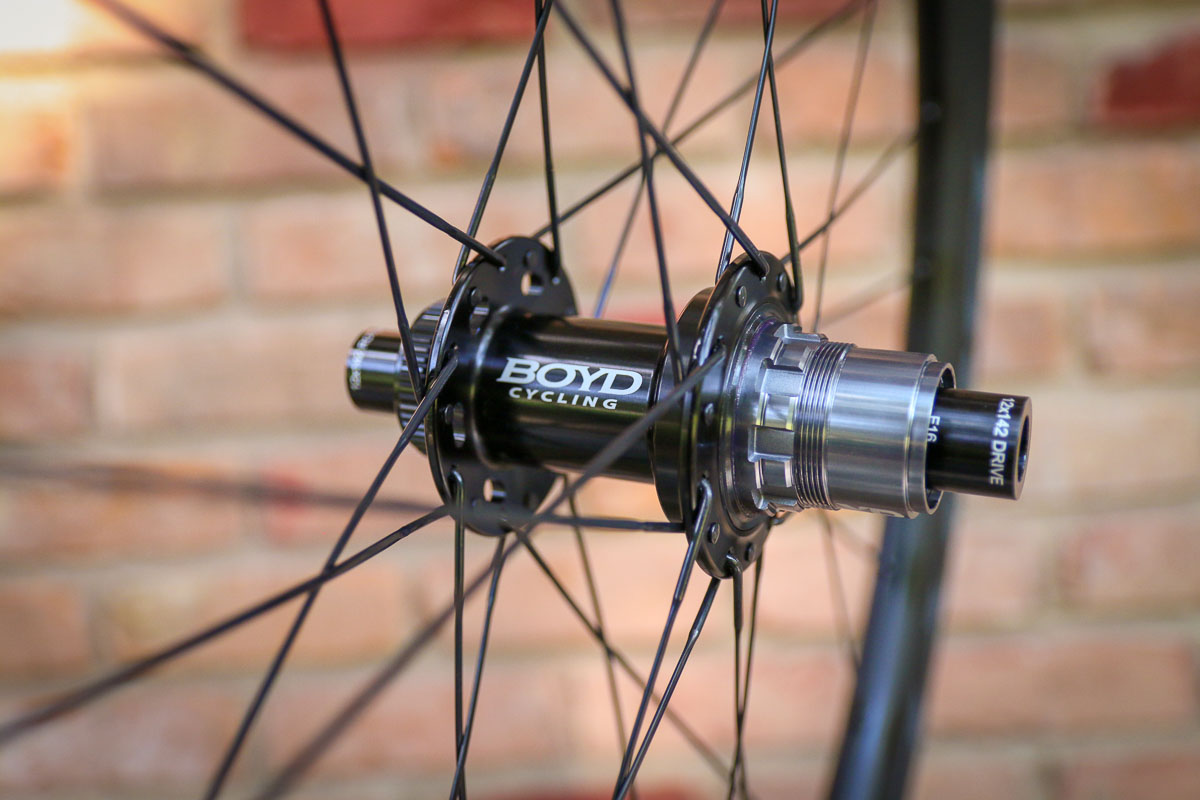 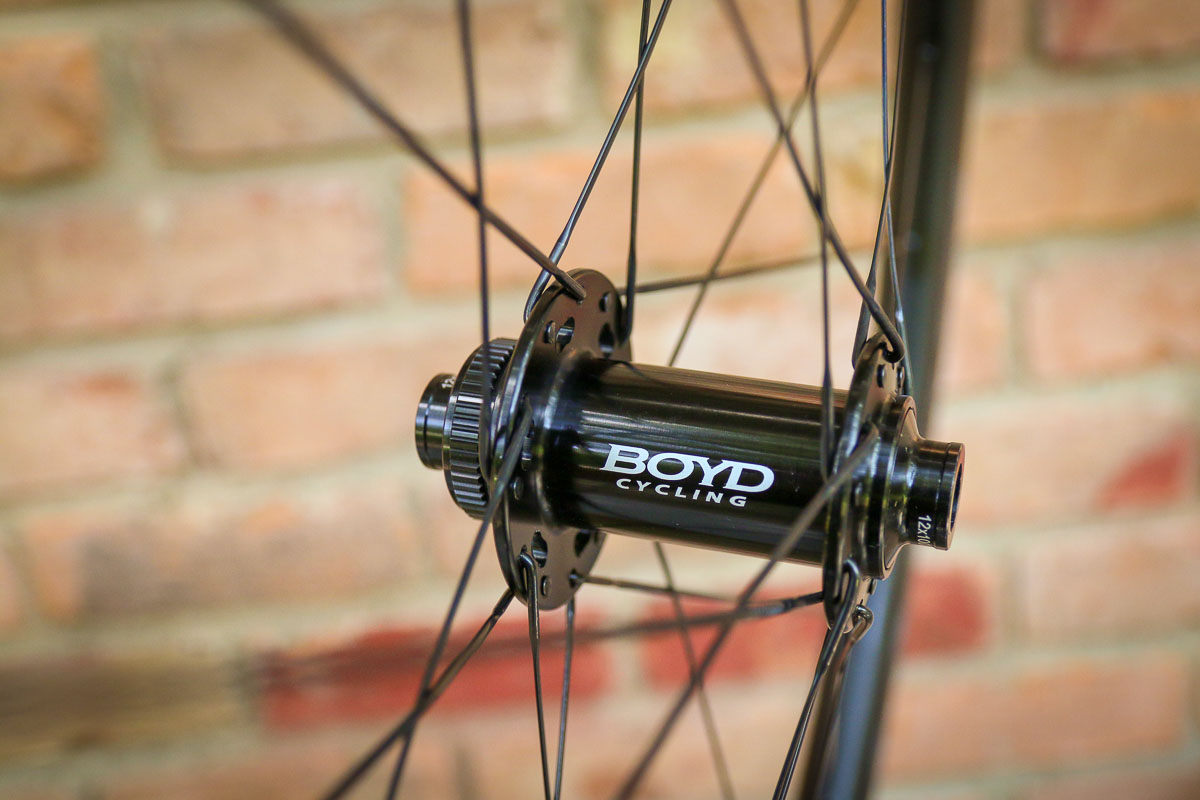 Our test set was built up with the Boyd Cycling Quest Centerlock hubs with 28 Sapim CX Ray spokes and external brass nipples for durability. 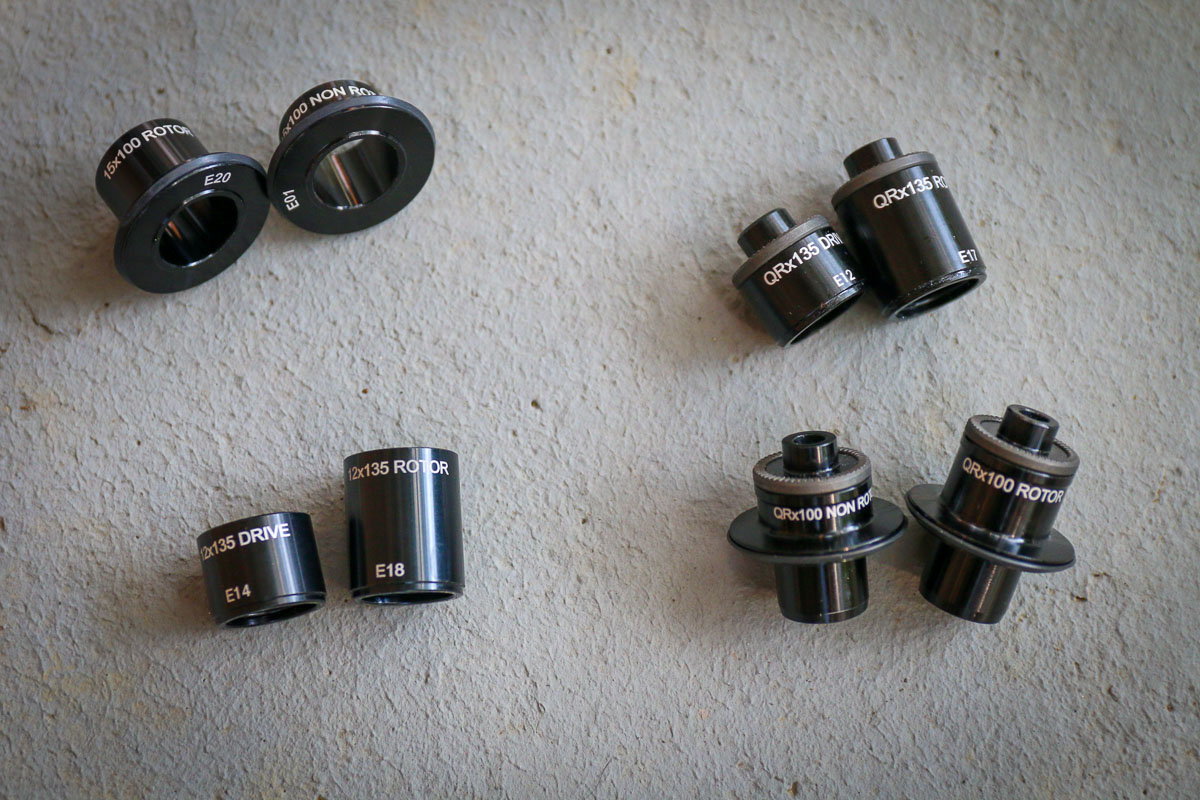 The Boyd hubs deserve high marks for their end caps with convenient labeling which makes it much less of a pain to swap between axle standards. There are end caps available for QR front and rear, 12 or 15mm thru axle front, and 12 x 135 or 12 x 142mm rear thru axles as well. 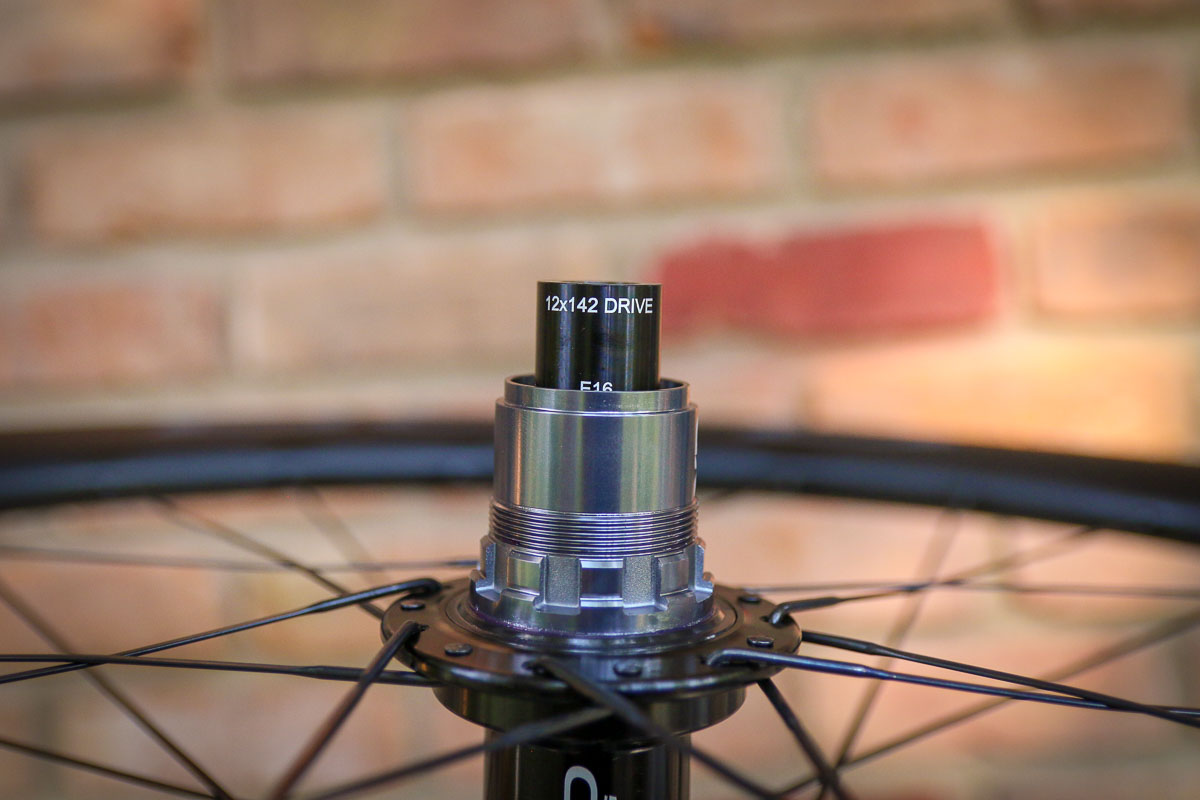 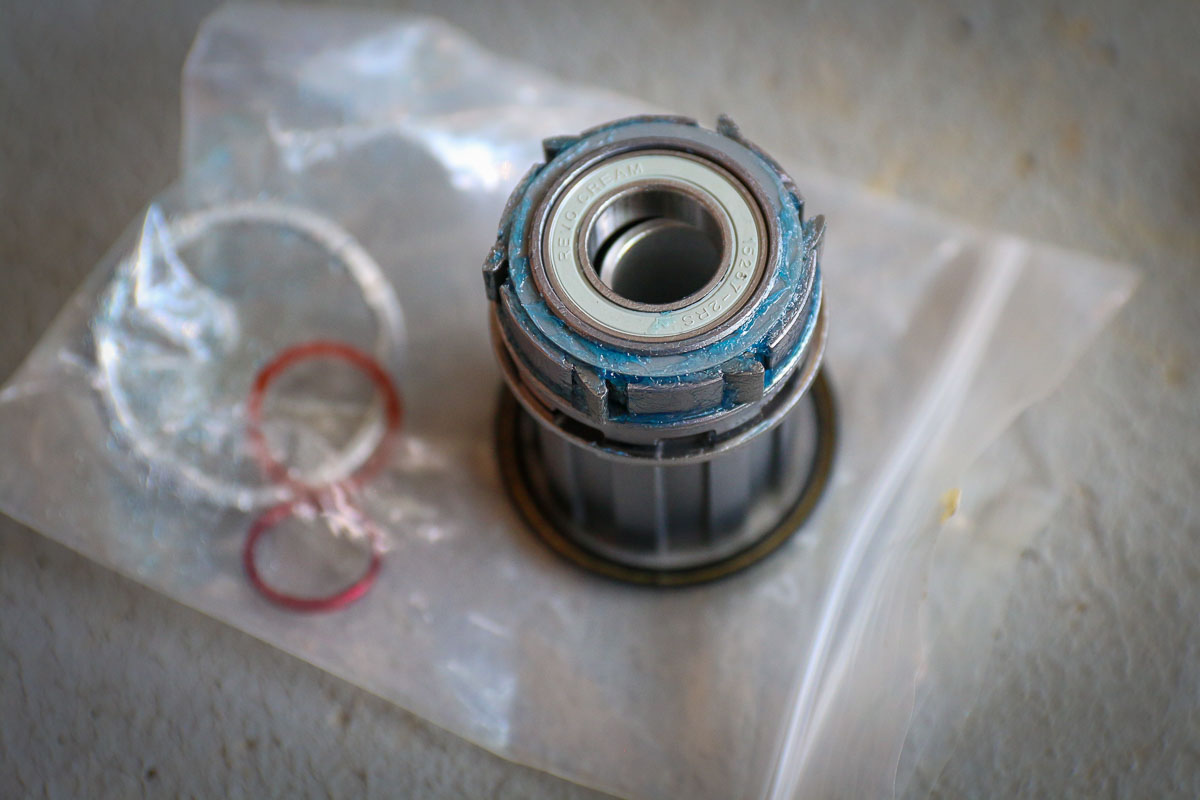 The Quest hubs also have an excellent freehub with 6 pawls and 32t driver rings for 5° engagement. The freehubs are available in either SRAM/Shimano 11 speed, SRAM XD, or Campagnolo 9/10/11 currently. 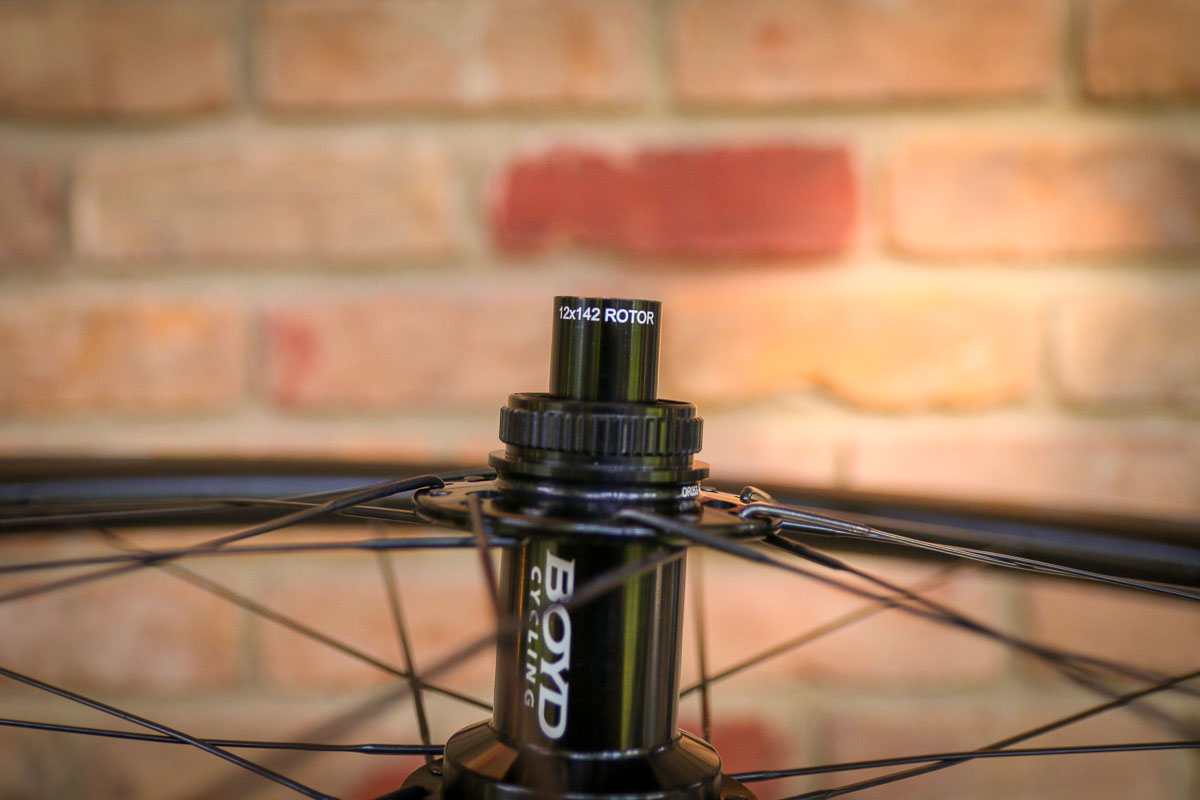 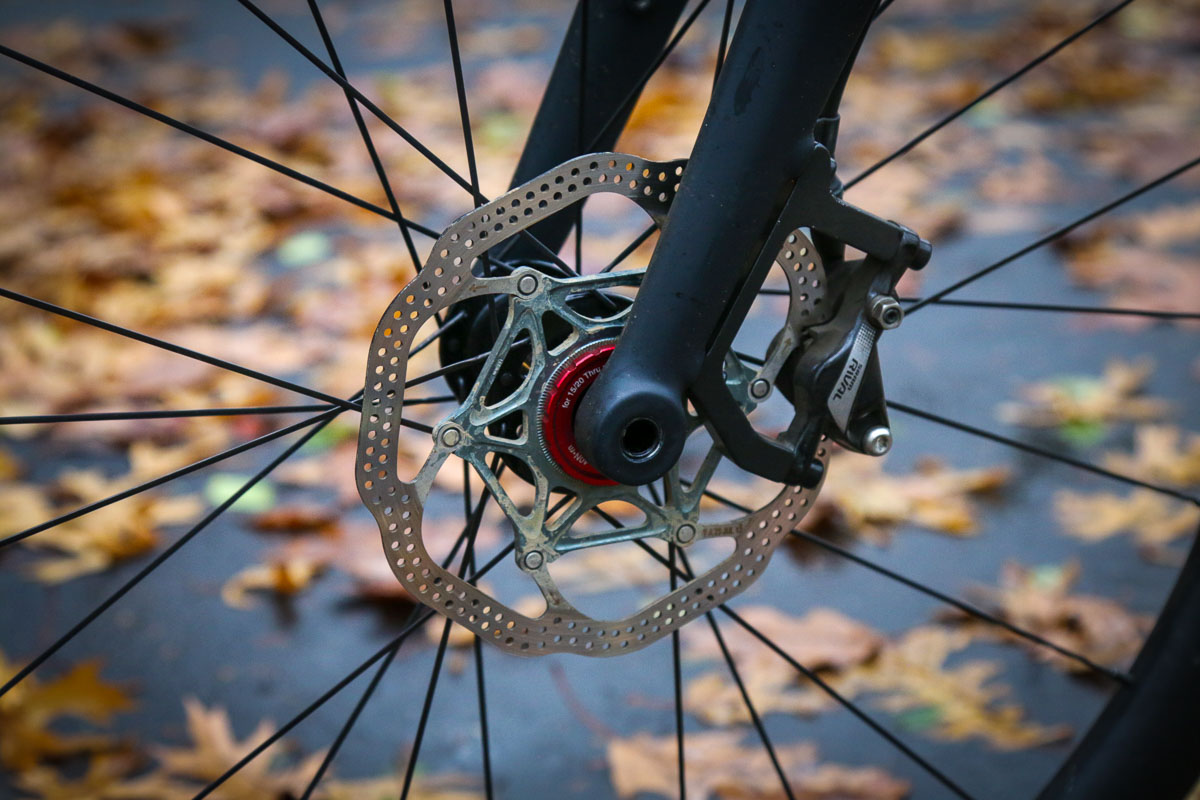 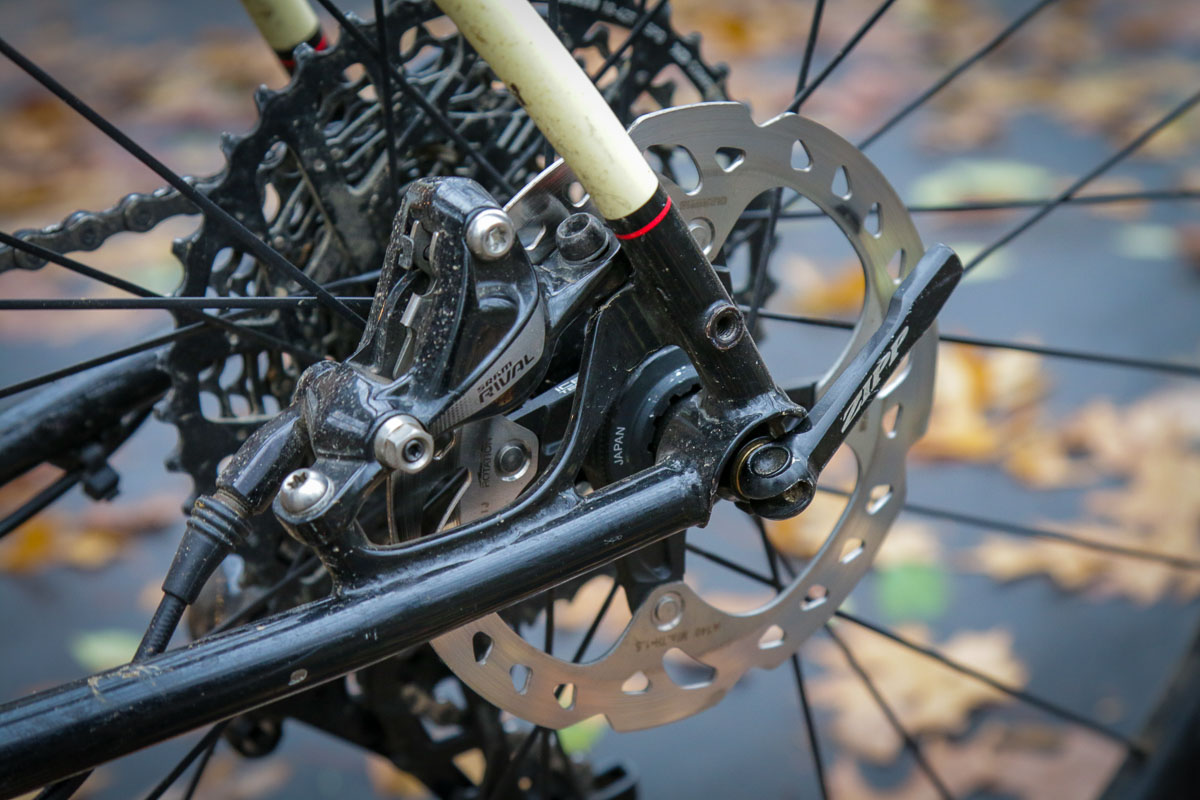 For me, the hubs were good but far from perfect. Namely, the Centerlock splines were way out of spec, forcing me to run different rotors front and rear since a Shimano rotor wouldn’t fit on the front hub (fun fact, the tolerances in Centerlock rotors are vastly different from brand to brand!). According to Boyd, this was limited to the initial run of hubs and has since been fixed. Obviously, if you purchased a set, Boyd would take care of the issue and they offered to rebuild these wheels with new hubs. Or, you could just opt for White Industries hub upgrade which all but guarantees perfection. 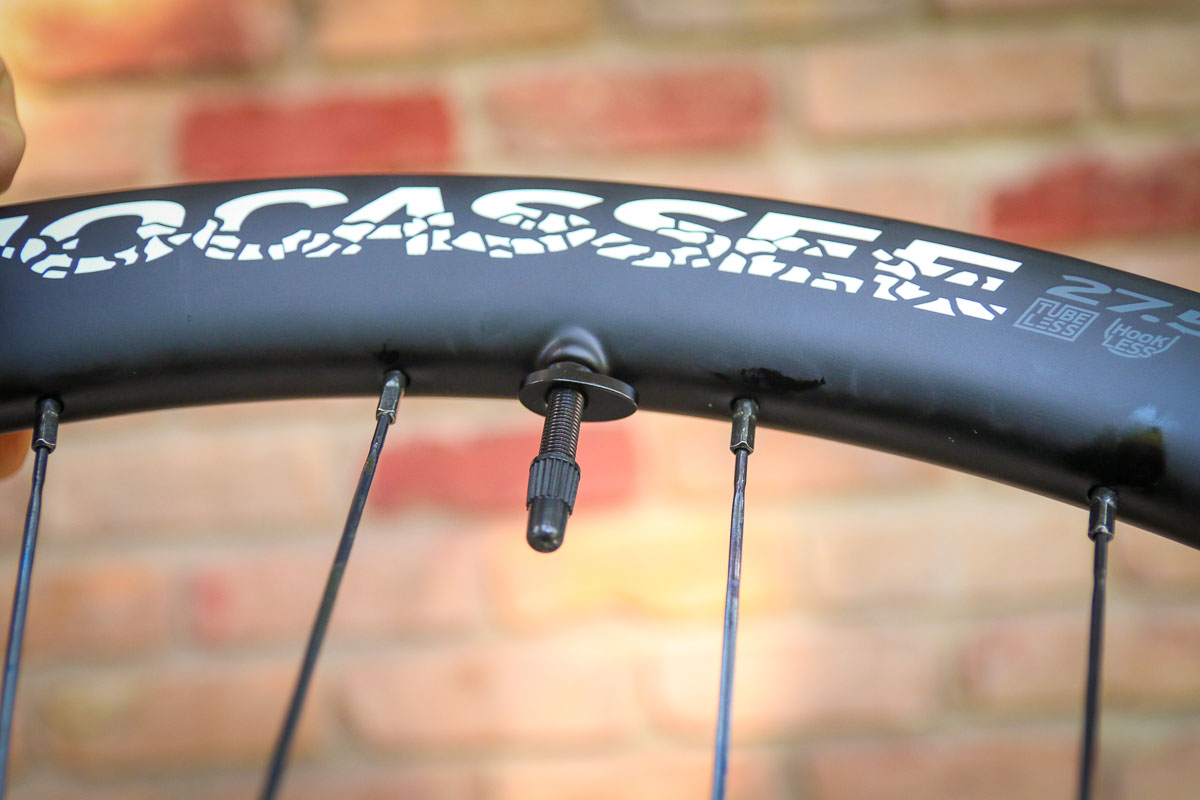 The Jocassee wheels ship with tubeless tape and tubeless valves which include a clever locknut that is elongated for better grip. Keeping with the aero theme, they can be aligned with the rim for a more streamlined appearance. 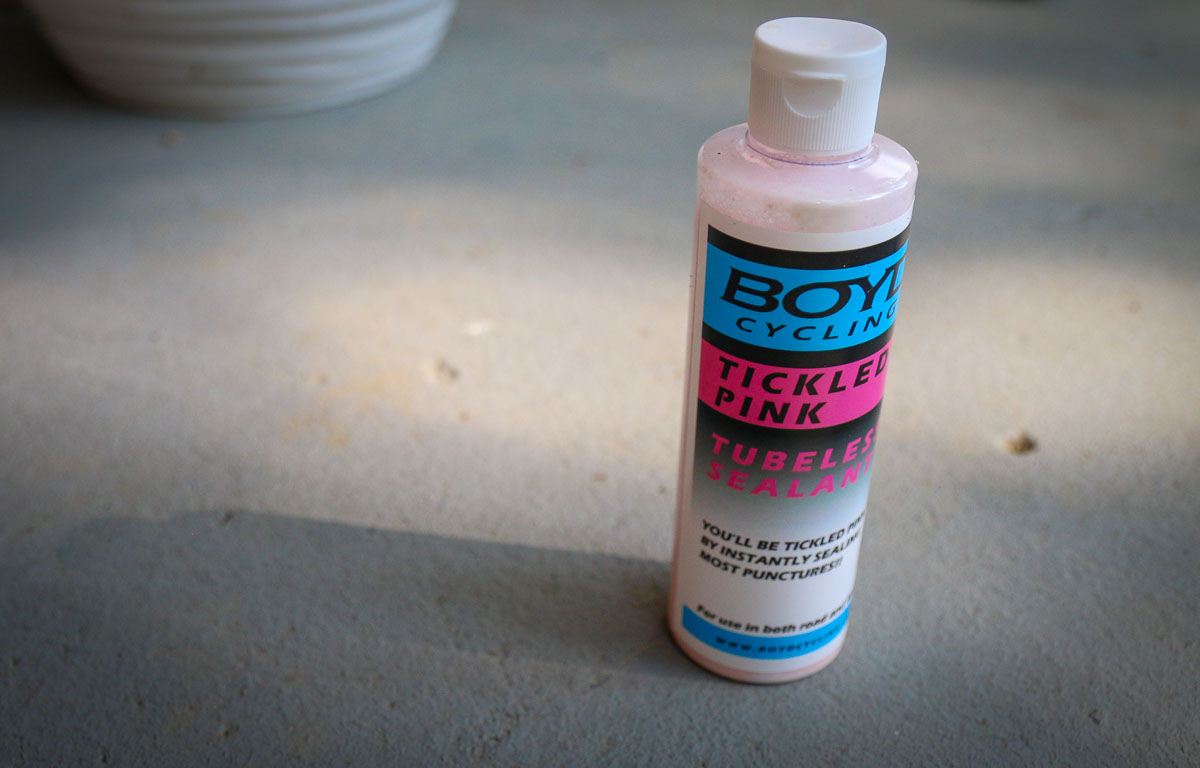 For the duration of our test, the tires were sealed with Boyd’s Tickled Pink tubeless sealant which seemed to work quite well. The tires sealed instantly and there were no flats to report over hundreds of miles. 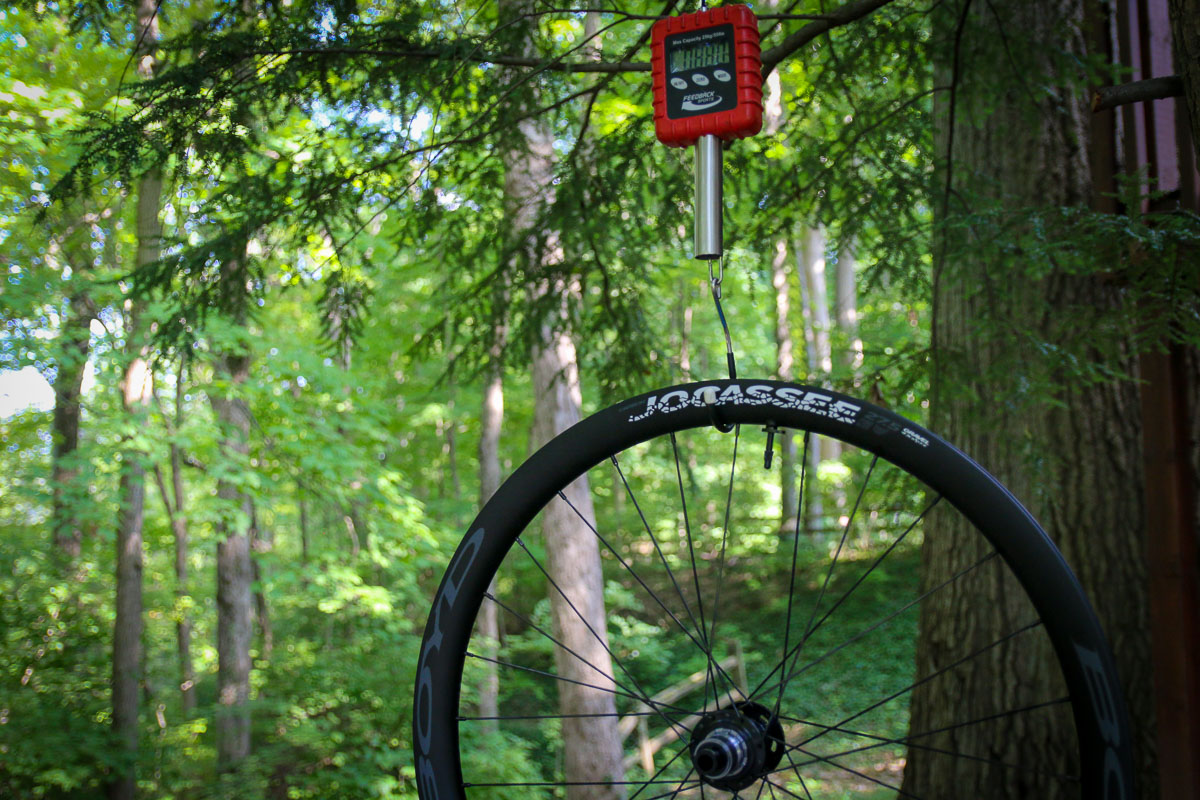 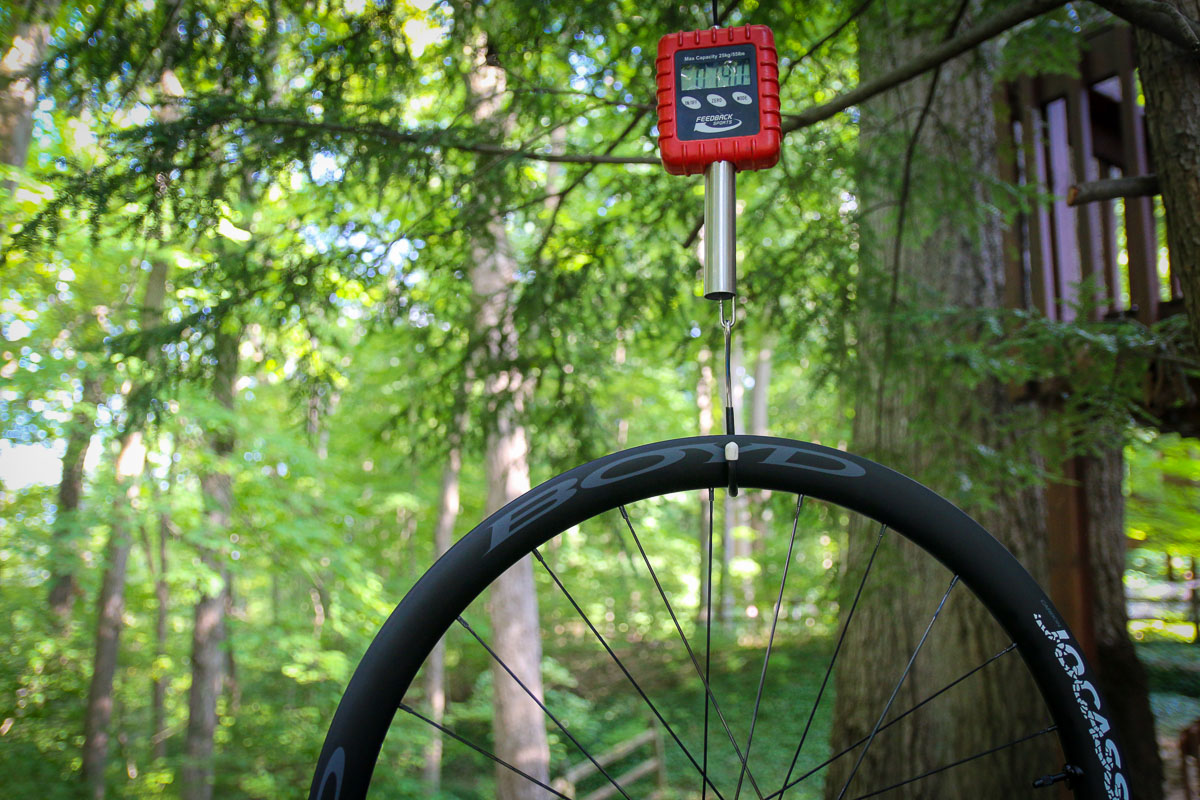 As for the weights, the complete wheels with tubeless tape and valves installed came in at 740g for the front and 880g for the rear, or 1620g for the set. That’s a bit more than the claimed 1550g, though that measurement likely doesn’t include tape or valves. 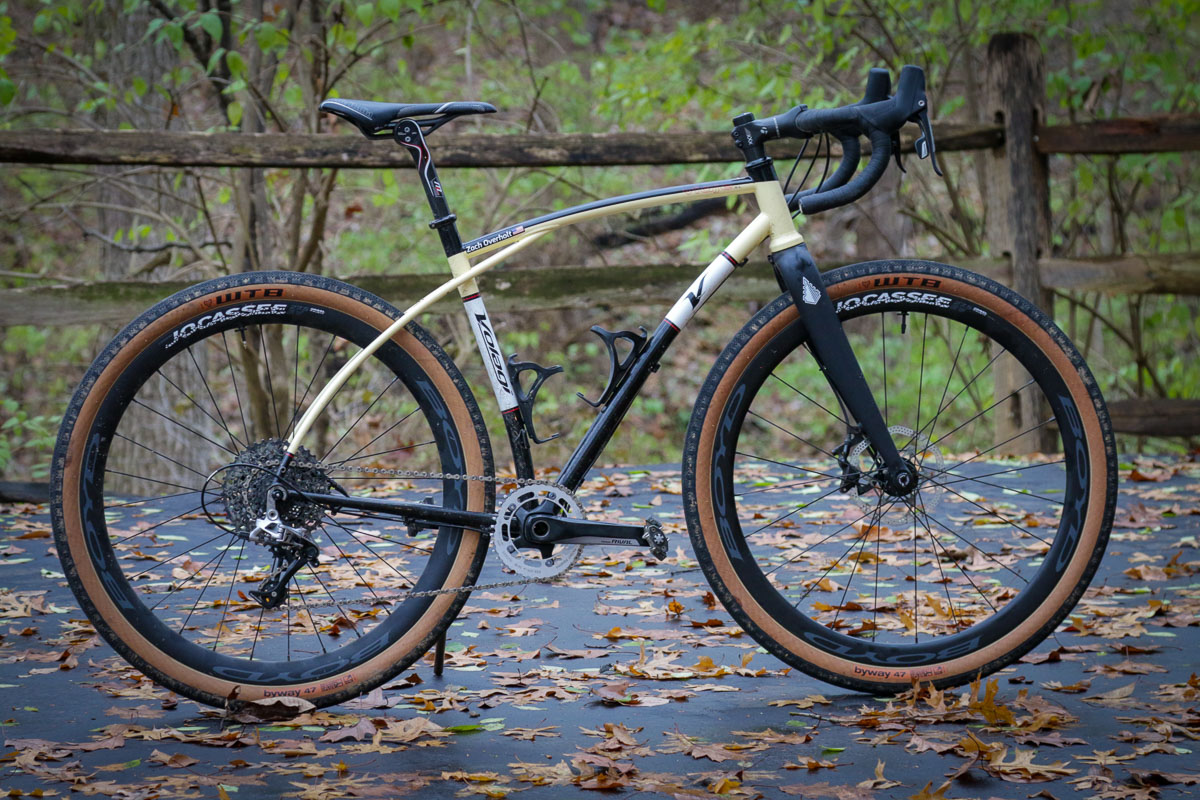 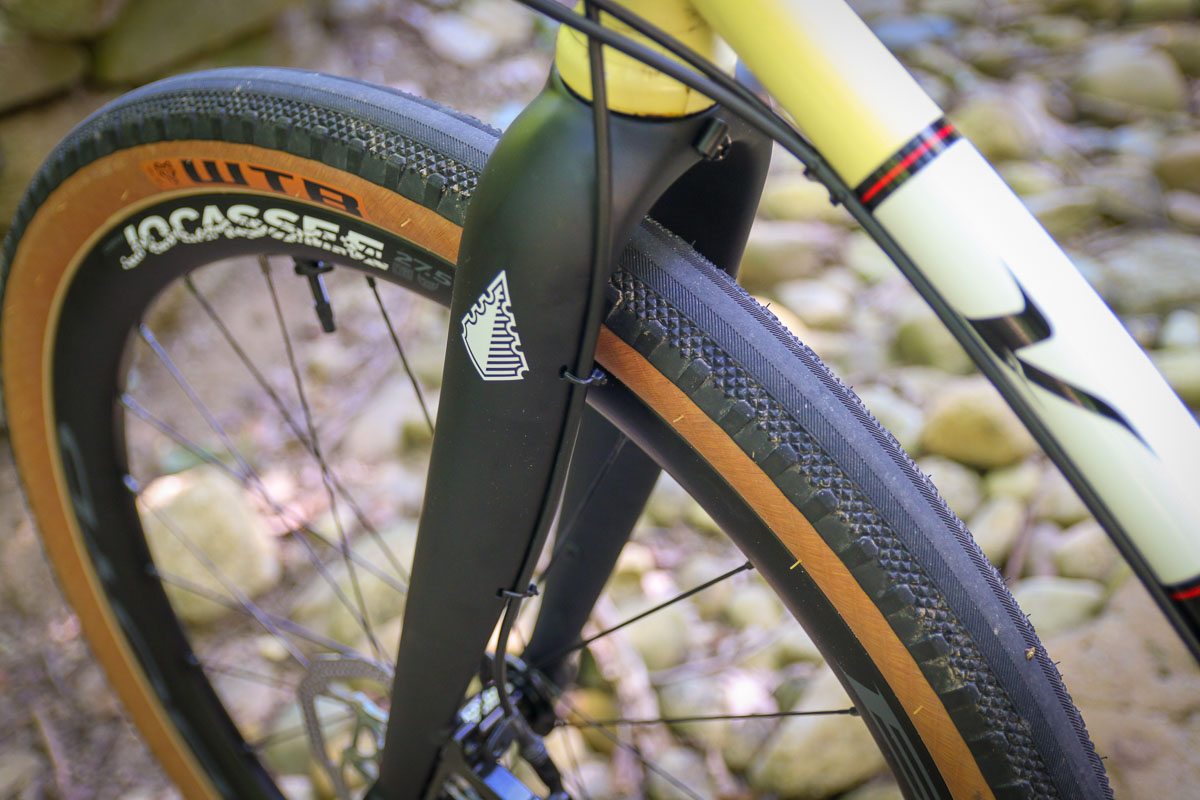 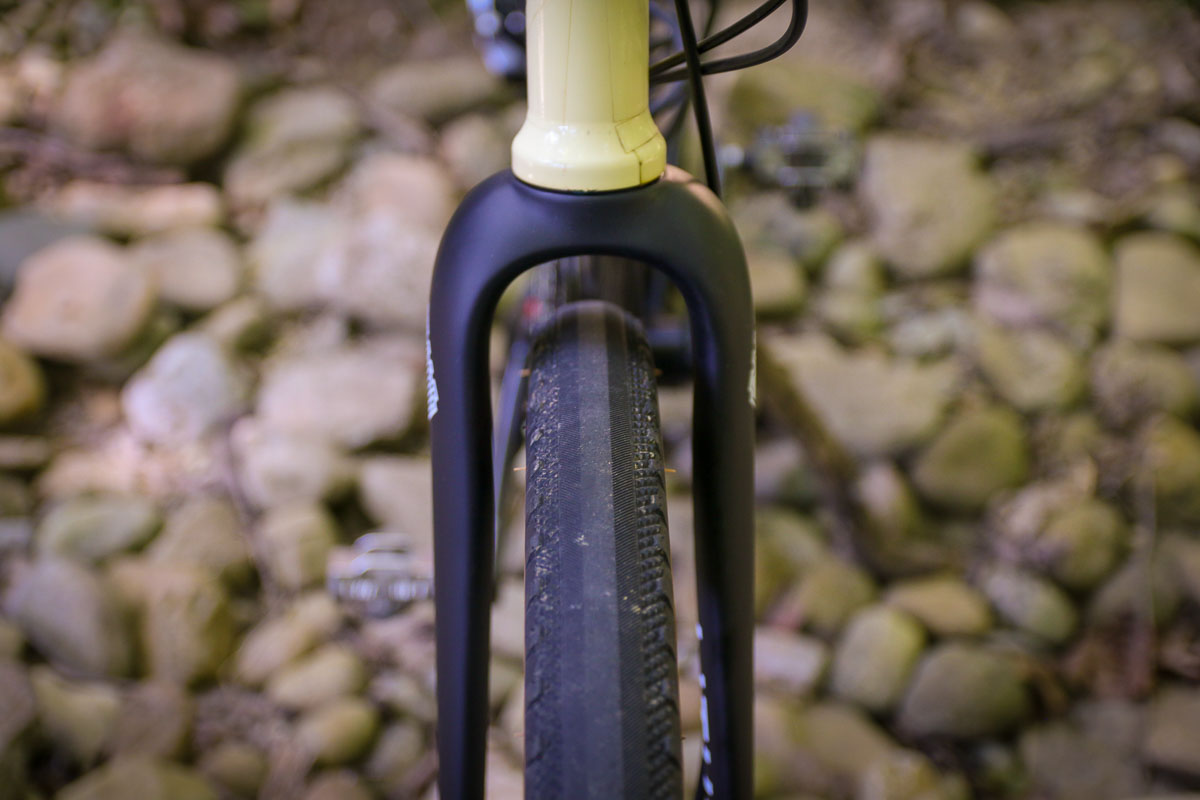 At the time I received the wheels, I didn’t have a bike that was purpose built for the 650b wheels and tires. But I did have a bike that I thought would be a great candidate for a conversion – my original Volagi Viaje prototype. That last bit is important since this prototype lacked the chainstay bridge which increases the amount of tire clearance at the chainstays. It’s tight, but it works with tires like the WTB Byway 47 and those without a lot of tread. The addition of the Lithic fork up front helped out a bunch as well. It’s so much stiffer than the stock fork and the addition of the thru axle is huge. Not to mention it has much more tire clearance than the original Viaje fork. 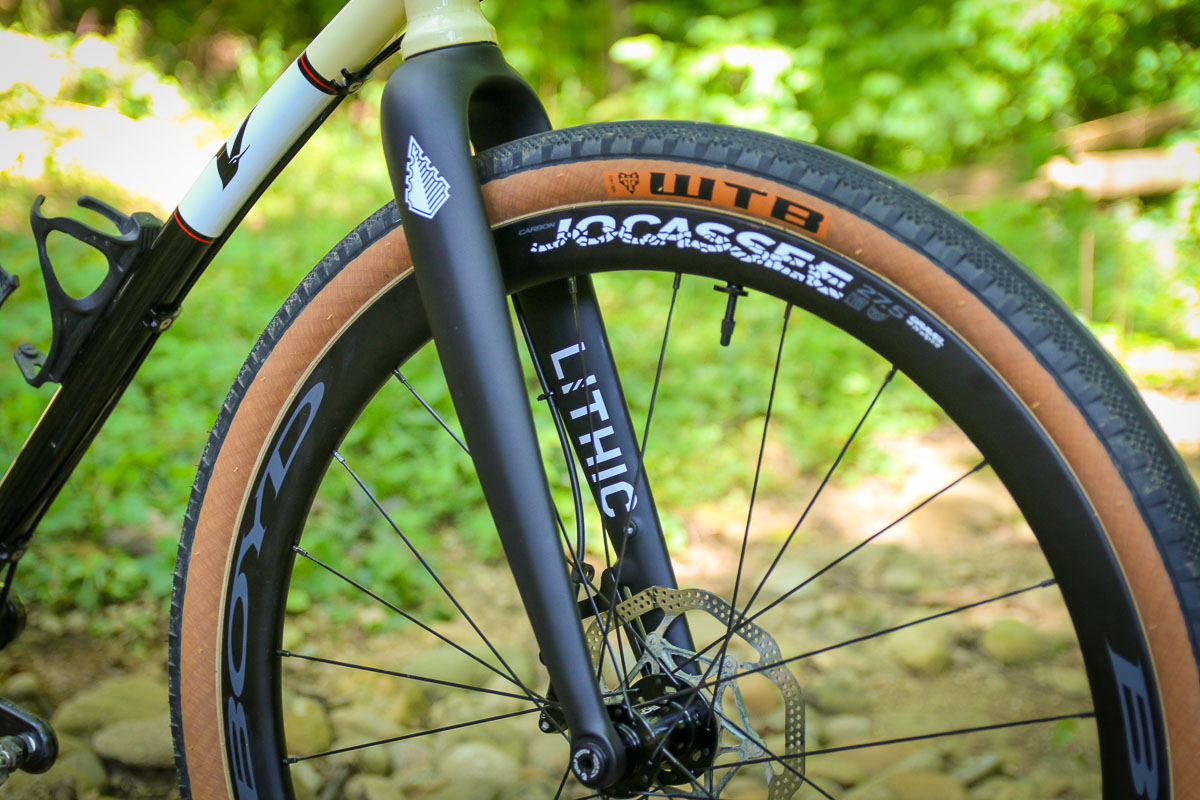 One of the things I appreciate about the Jocassees most, is that they’re not overly stiff. I find many carbon wheels to simply ride too stiff for my 155lb person. These seem to have a great ride quality without sacrificing the ability to quickly get up to speed. 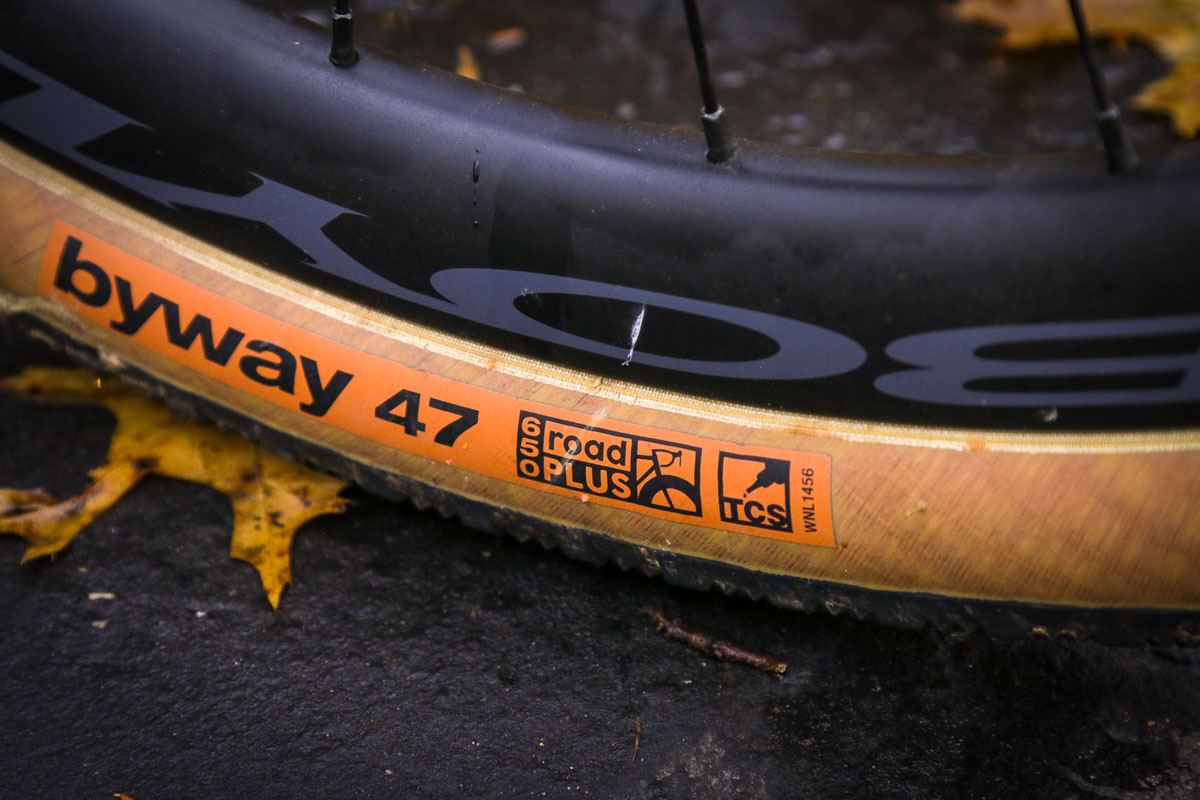 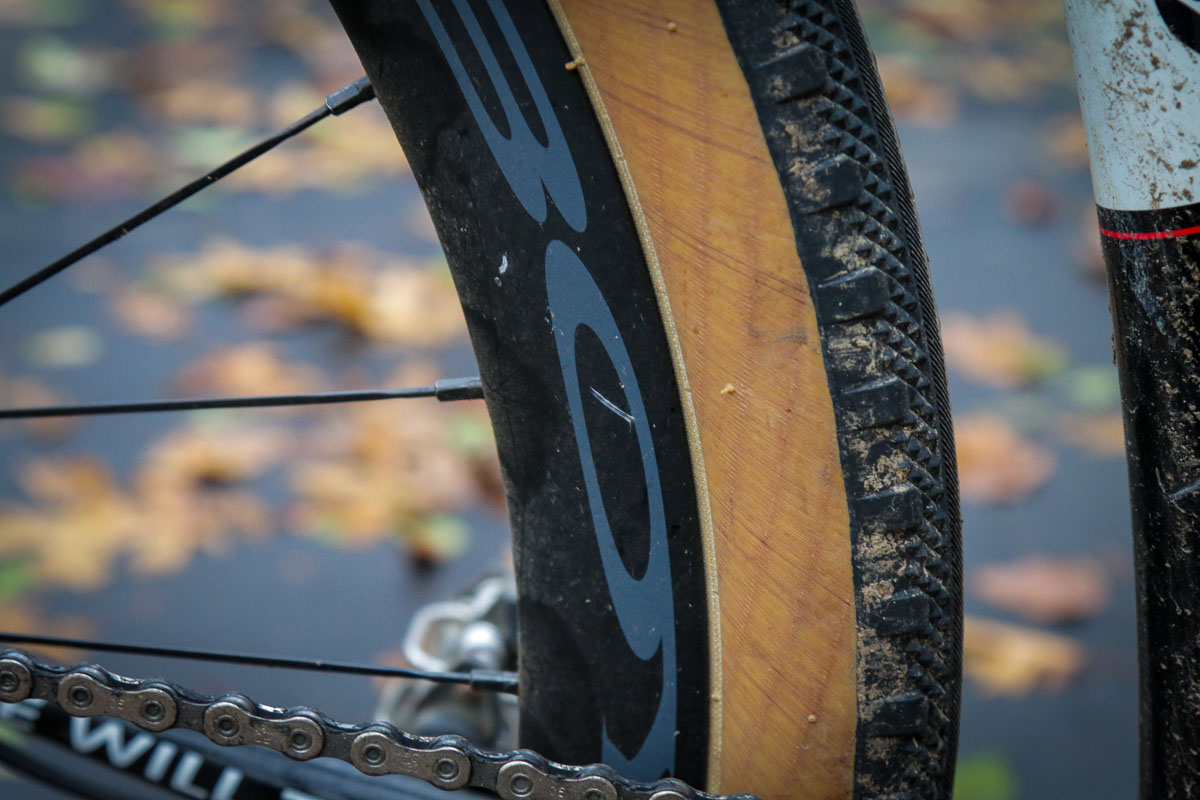 They’ve also proven to be fairly durable with nothing but a few surface scratches where large rocks have flipped up into the rims. 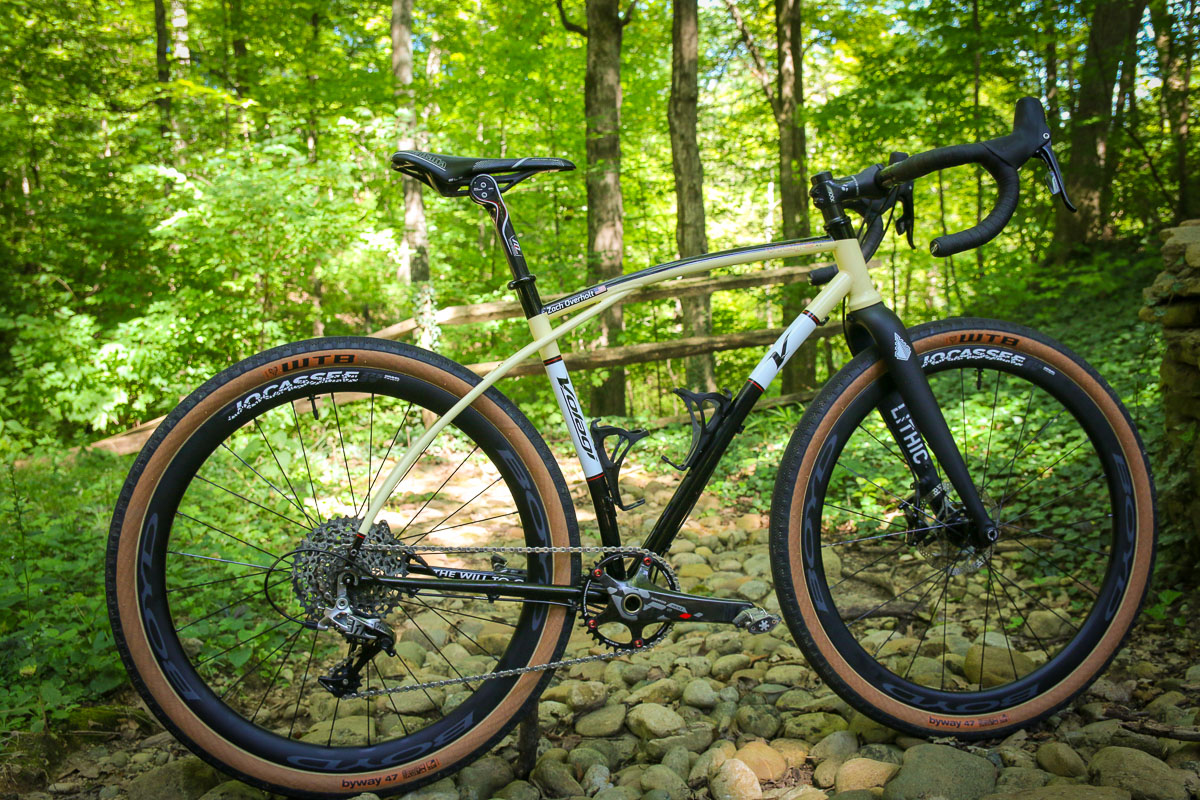 While the hub issue would be unacceptable for a consumer, if it was truly a limited issue that has since been fixed, I wouldn’t hesitate to recommend these wheels. They’re properly wide for big tires, have a great ride quality, and they’re pretty light. And at $1,650 for the set they’re competitively priced. Like the last set of Boyd wheels that I’ve ridden (and still riding), the Jocassees are well thought out, durable wheels for the path less traveled.

Why the continued push for 650b? I’m lost as to why 700×40-50mm aren’t pushed more. Wasn’t the whole point to get better rollover characteristics with larger wheels? Now we’re going smaller…

Because 650b 40-50mm allows you to have the benefit of more volume without needing the longer chainstays and taller forks that 700c/50mm would require.

The larger tyre option os doable for the larger sized bikes maybe, but the frame geometries get compromised on the smaller frame sizes and we also end up with ridiculously large cassettes on our bikes too. 650b x 47 is identical diameter to 700×28

Tom in MN
Reply to  Shafty

If your frame can handle such wide tires at 700c then you are correct that 650b is not needed. But if they only fit at a smaller diameter, 650b is the solution. There are secondary issues like gearing they also address.

“One of the things I appreciate about the Jocassees most, is that they’re not overly stiff.” Is it possible to feel how stiff wheels are? Doesn’t it make more sense to attribute any vertical or lateral deformation to the large tires?

Although your right some can be from different tires, but comparing apples to apples, actually yes you can notice a difference in wheel stiffness. I have a pair of Reynolds tubulars that are probally 4-5 years old. They’re light, but on the narrow side, but they’re fine. Well I flatted in a crit and Sram was providing neutral service and they gave me a fire crest 404. The wheel was so stiff, for the first few laps, my bike felt so “off” from what I’m used to, I almost thought there was something wrong with the bike.

…not only is the tire model/psi a factor in this bunk comparison, but did Collin get another tubular from neutral, or a clincher? And what model Easton? Has to be at least comparable to 404 to make any sense. All things being equal, I’m not sure how accurate it could be comparing ride characteristics of a wheel that has 4-5 years of racing on it to a neutral wheel that was built that same year with almost no miles. Just sayin’.

No Easton’s were used in this situation. I have a set of Reynolds 46/66’s, it was the front. So about the same depth of rim. Tires were different. I was running the Vitorria Corsa Speed which is the most supple tire I’ve ever ran.

A few years ago Mavic said they’d conducted a study to see how well riders could differentiate between a stiff wheel and a noodly wheel. They found that riders were only right about 50% of the time. In other words, the riders did no better than if they had just guessed.

Love those centerlock hubs. These wheels are well thought out.

If I build a wheelset with DT Swiss XR331 rims (at 355g these alu rims are much lighter) and SLX hubs it would cost €380 (RRP) and would be lighter than this and really reliable. Why would I spend more than €1.000 more for this heavier wheelset?

Just in the hubs:
Loose ball bearings vs. cartridge bearings (personal preference for some folks?)
ability to run XD Drivers (absolutely essential for some)
Carbon rims vs Aluminum (certainly some would say carbon is actually a better material for wheels than ALU)