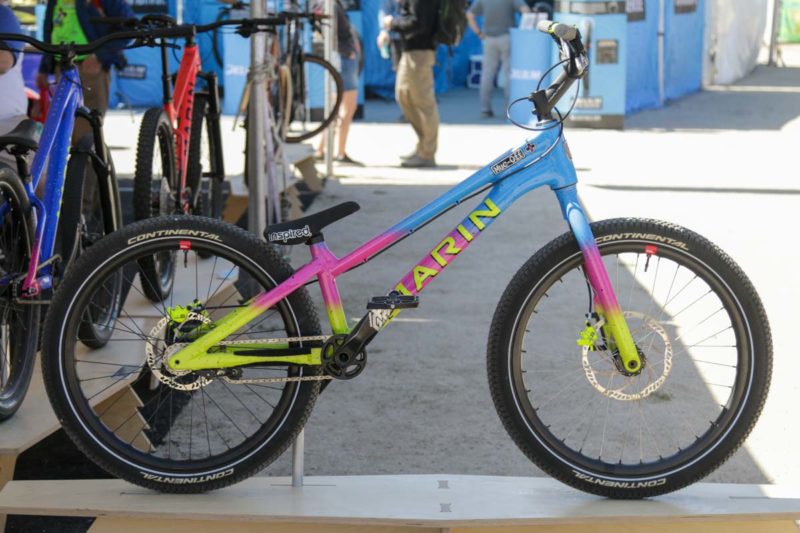 The newest bike at Marin’s Sea Otter booth was eye-catching for a few different reasons. Obviously, it was impossible to miss the blue, pink, and neon yellow splatter paint job. But it was also a category of bike that Marin hasn’t offered before–street trials. Specifically, this was a prototype street trials bike for Duncan Shaw. 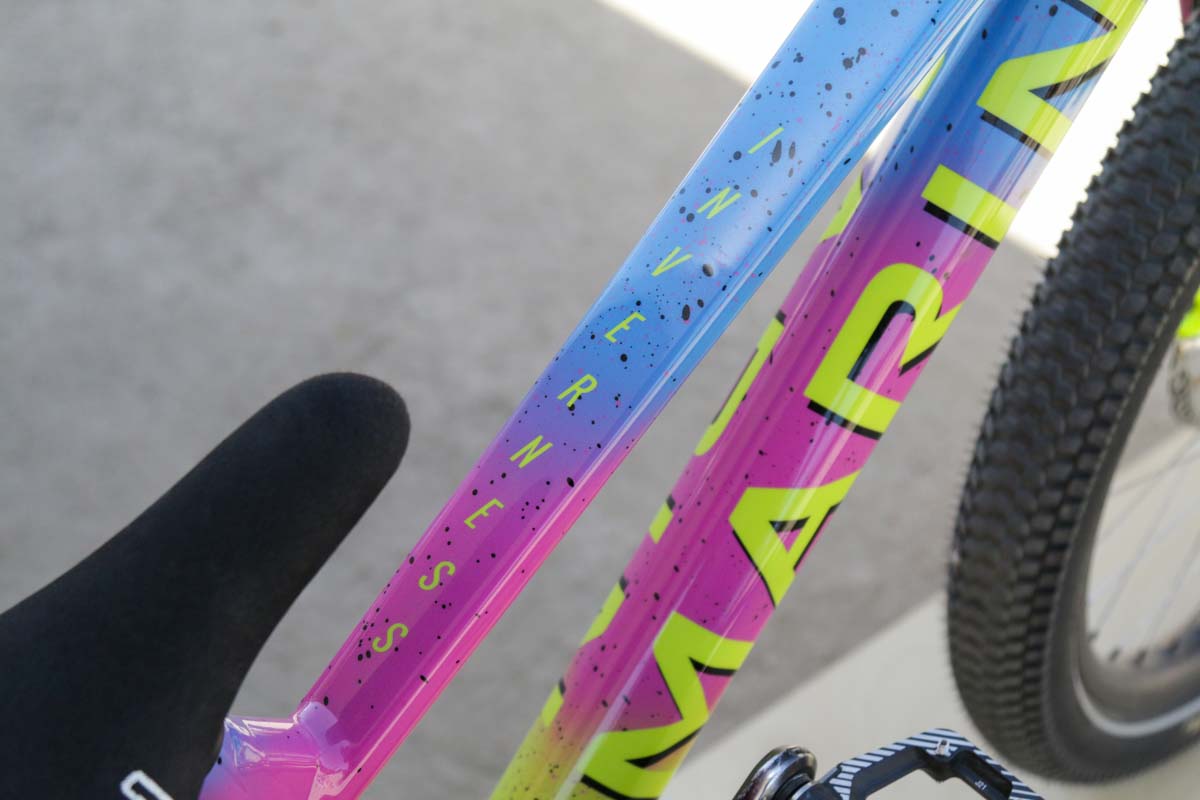 Called the Inverness, the name has dual meaning. It references Duncan Shaw’s Scottish heritage, but also pays homage to the old Marin Inverness single speed. Though it was a very different type of single speed. 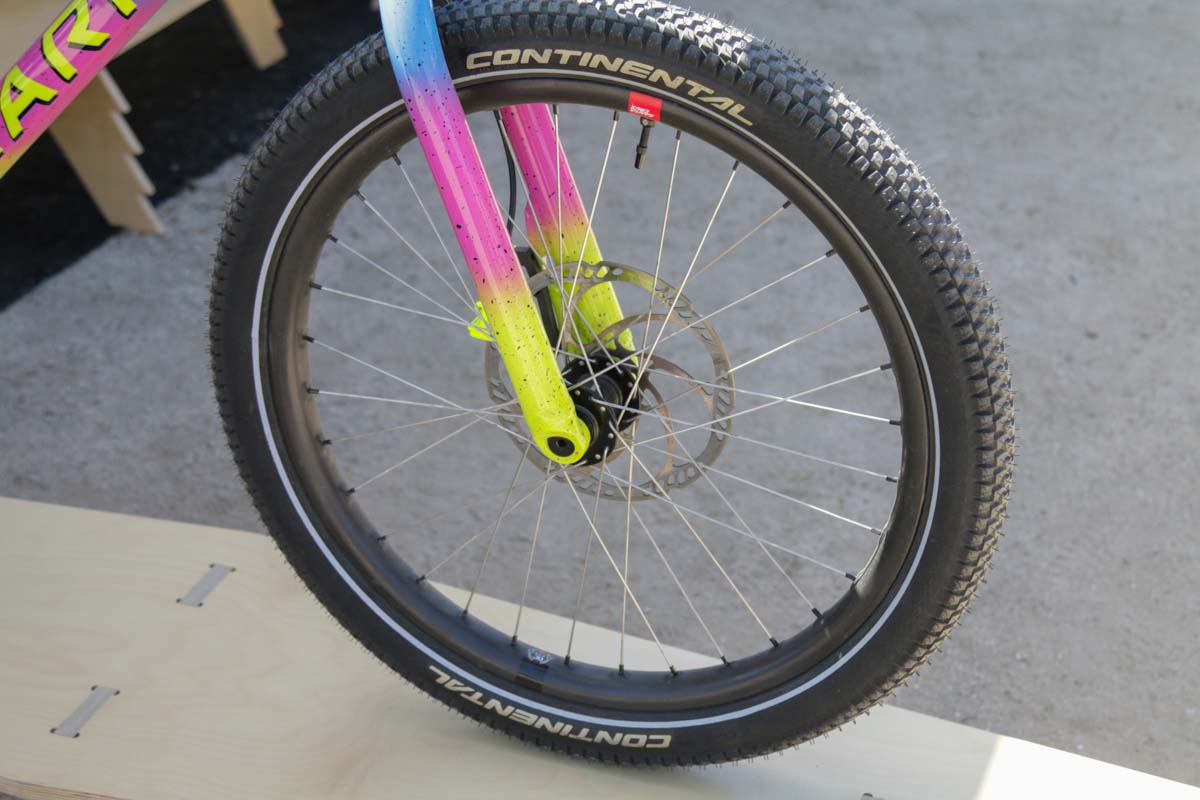 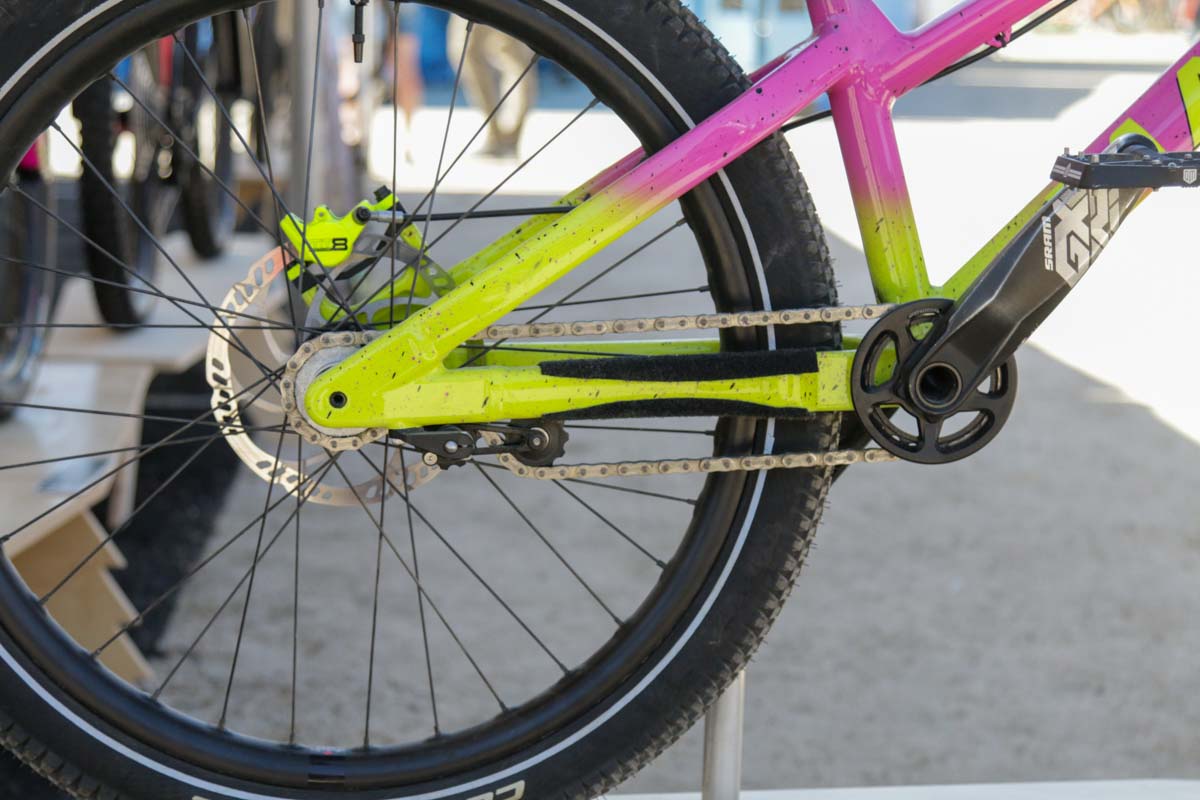 The Inverness follows the trend of street trials bikes popularized by legendary riders like Danny MacAskill, and features 24″ wheels and a blend of street and trials geometry. 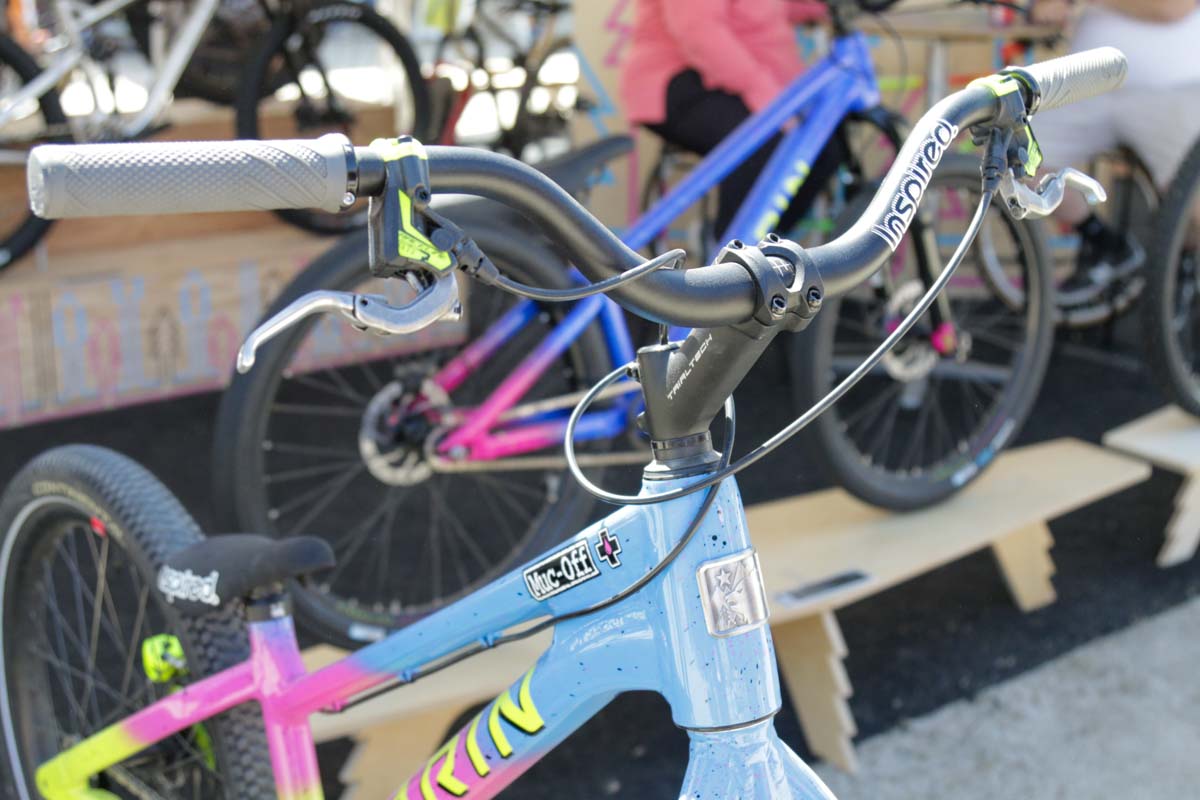 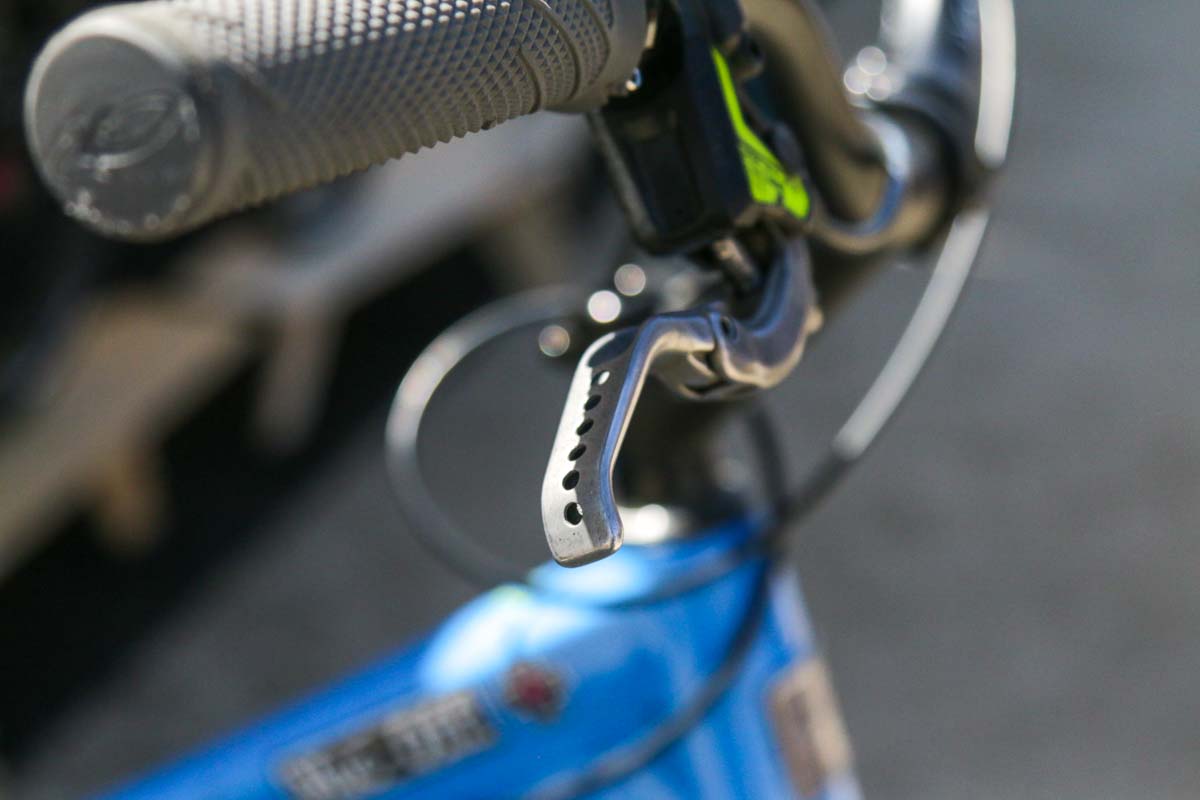 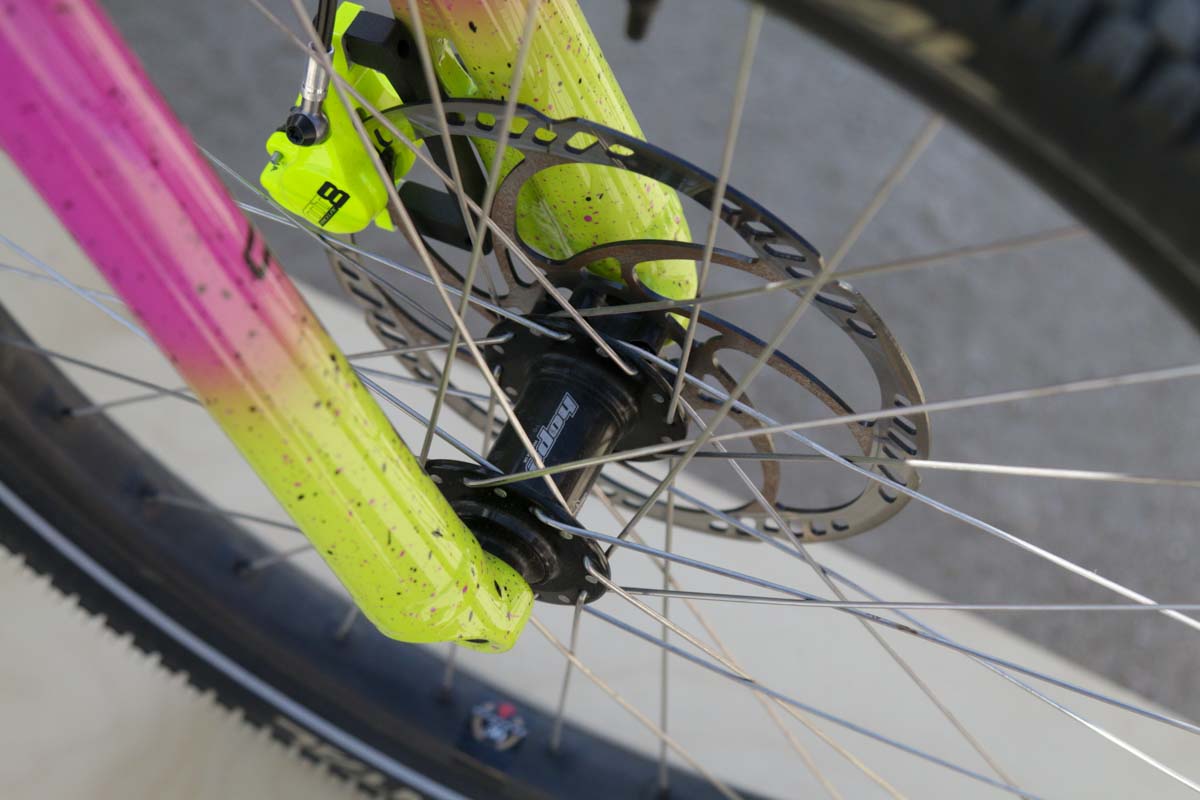 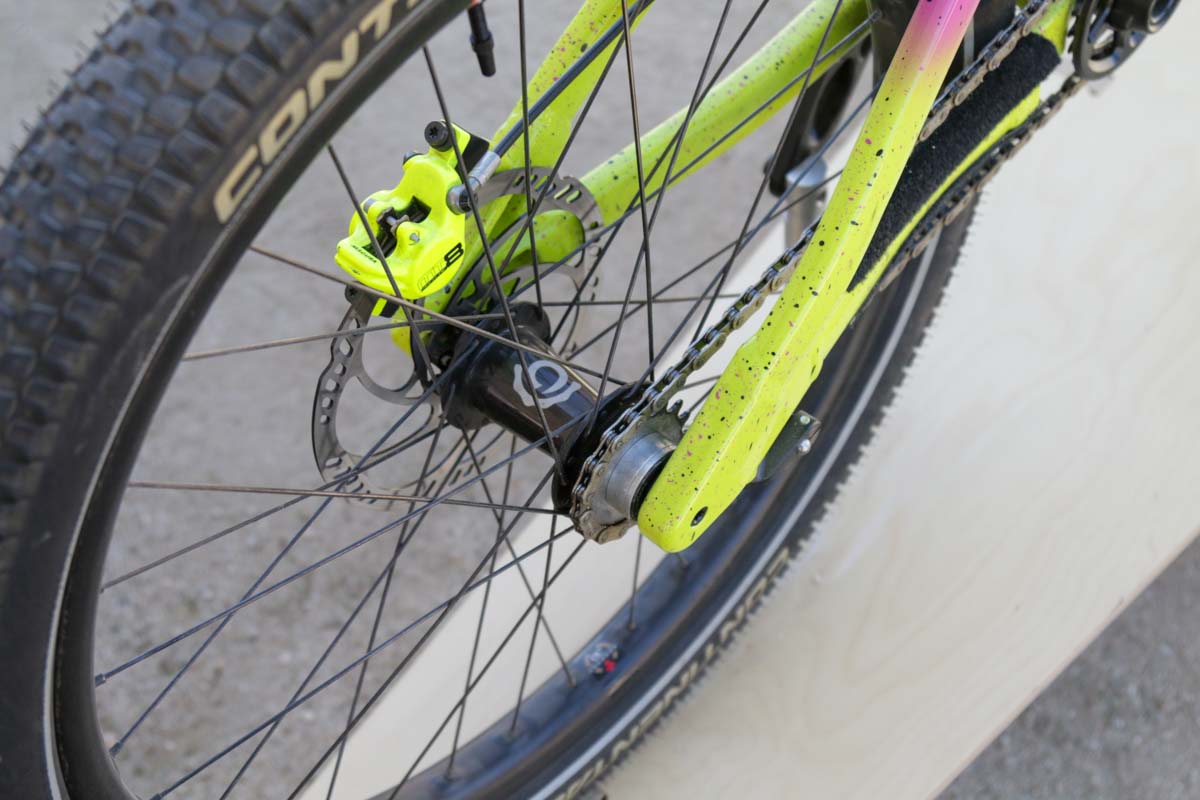 The wheels are custom as well – 24″ Reserve carbon rims laced to a Hope front and Industry Nine rear hub. 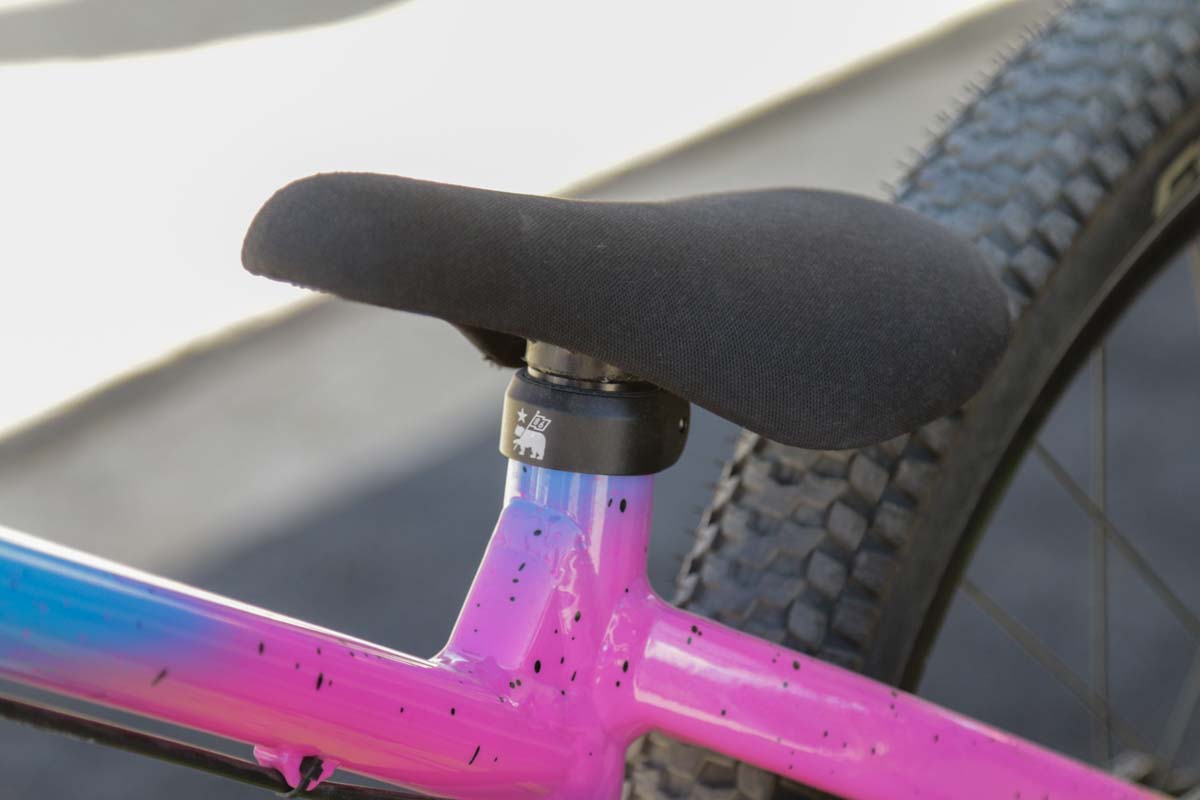 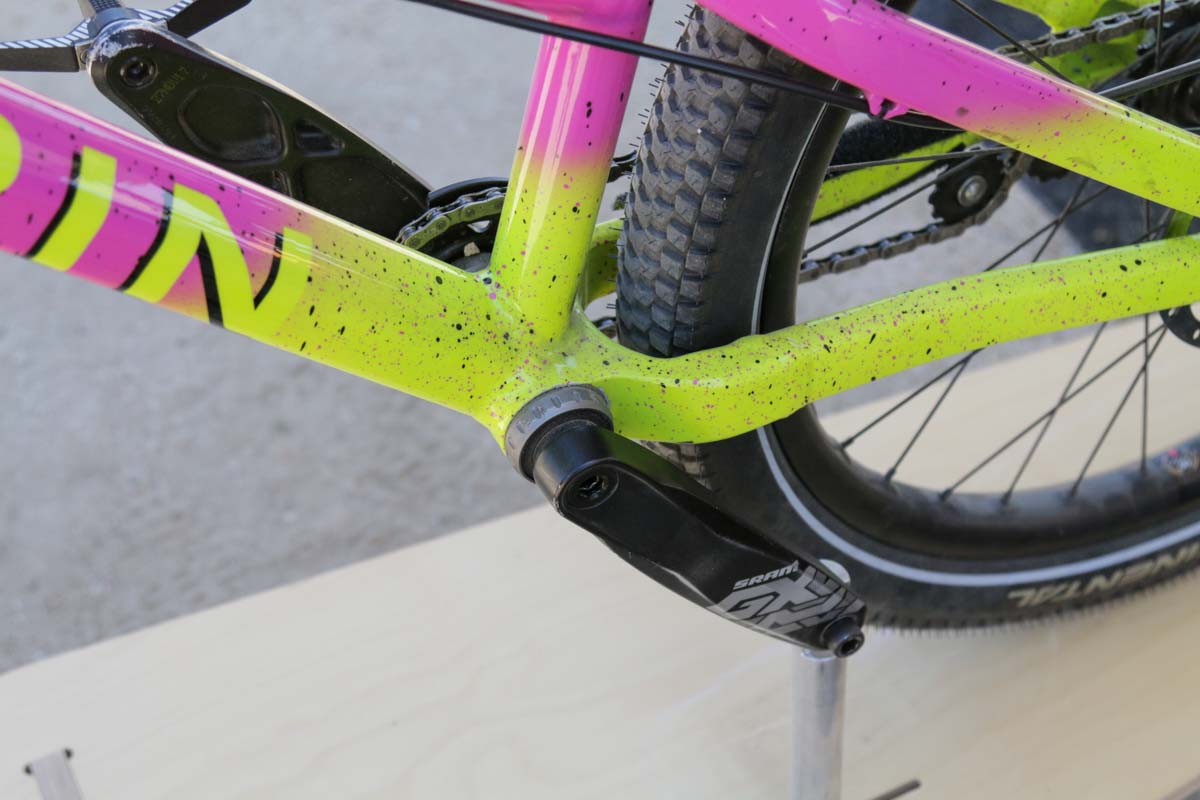 Unlike some trials bikes, this one does have a seat, though a slammed saddle with a fixed position on the post.

Marin tells us that while there are no plans for production yet, it was made in the Marin factory and could be scaled up for production if there was enough demand. We think they should–I would definitely buy one. 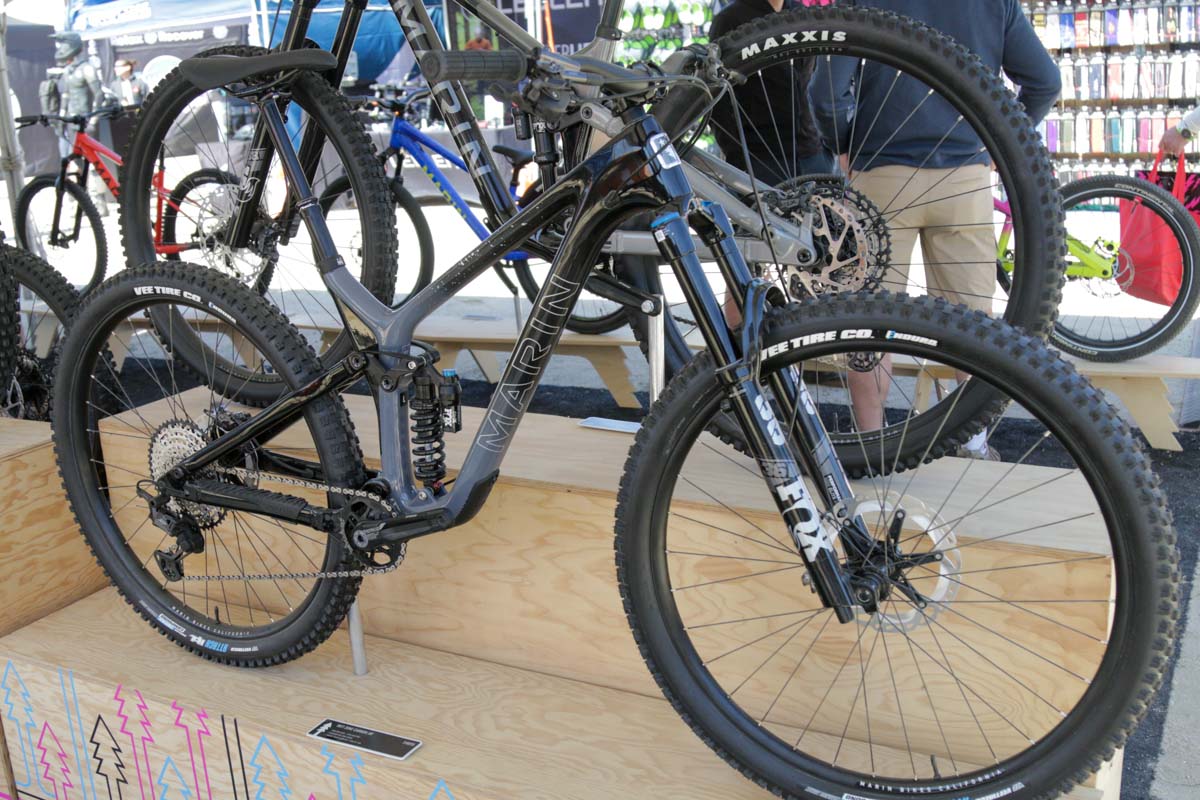 Typical build spec not cutting it for you? Maybe you need the new XR, or eXtra Rad spec of the Rift Zone Carbon. Built how Marin employees wanted it, the bike features a longer, burlier 140mm travel Fox 36 suspension fork that tilts the head tube angle back to 65.1º along with a coil rear shock and Shimano 4 piston disc brakes. This bike is priced at $4,589 which isn’t too bad for a very well-equipped carbon trail bike. 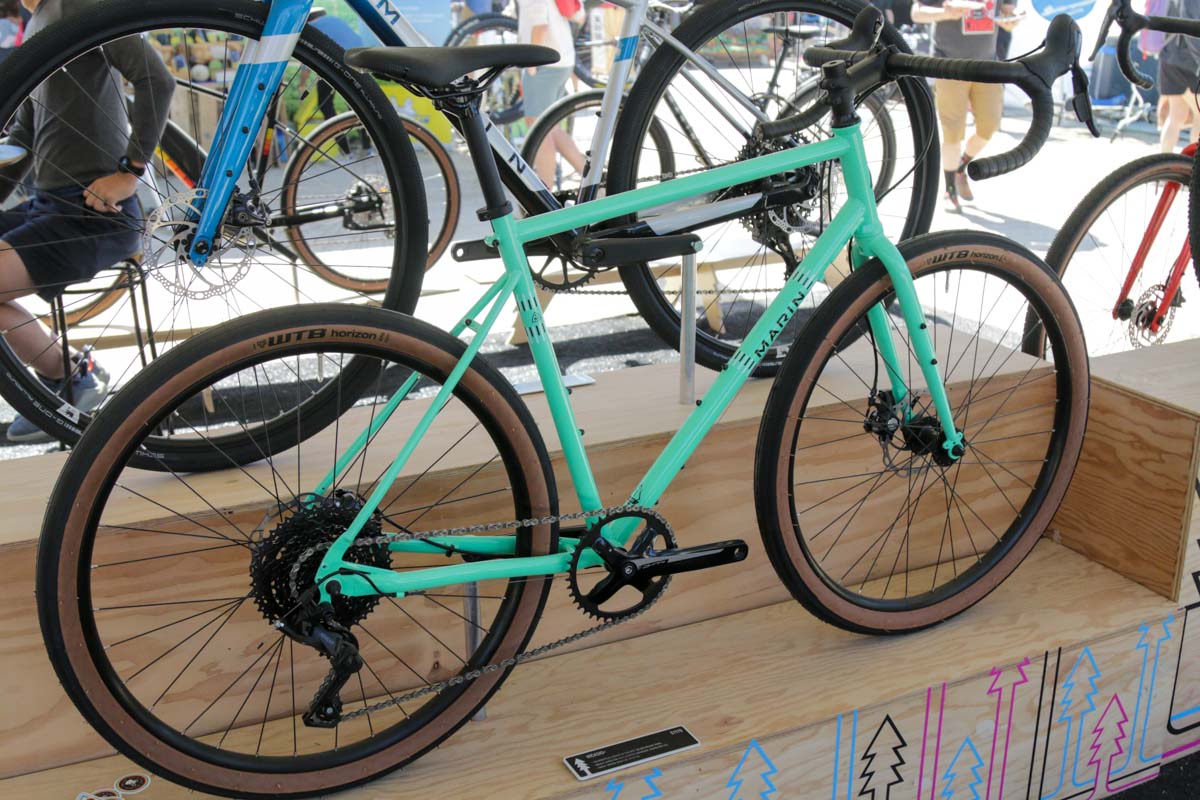 Fans of the Forest Service Green color may also be enamored with the new Nicasio+ FSG. At $1,179, the bike is an easy entry into the world of 650b gravel bikes, and the color is on point. 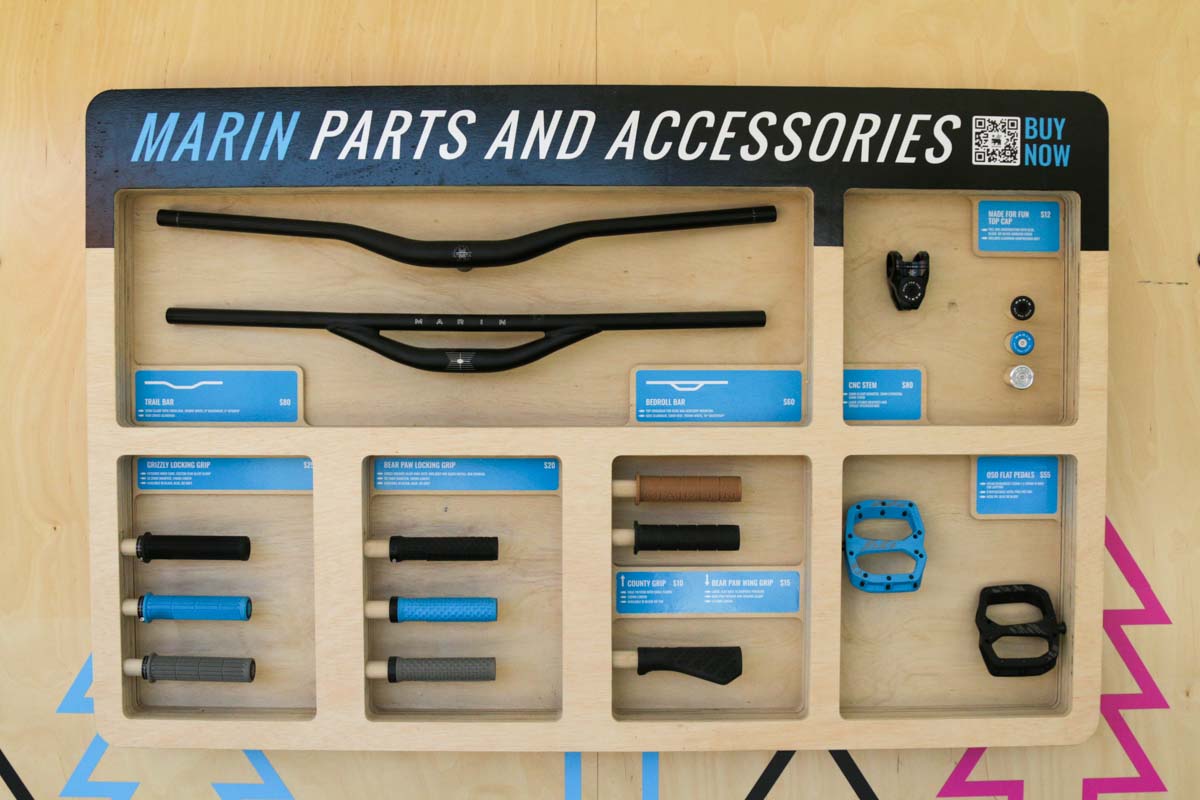 On the component side, Marin is now offering their favorite components as aftermarket pieces. That includes cool products like the Bedroll bar which checks in at $60.

Damn, was hoping to see a price for the trials bike. Do it Marin!