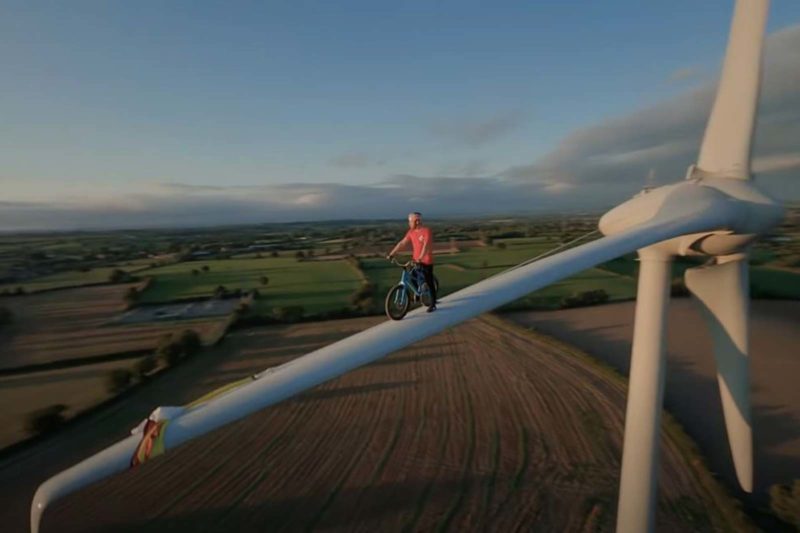 In the run up to COP26, taking place in Glasgow from October 31st to November 12th, Danny MacAskill is getting in on the action, releasing “Taking to the Skies for Climate Change”. In his latest edit, Danny tricks his way around a wind turbine factory on his custom Santa Cruz trials bike, finishing up riding the blade of a (stationary) turbine high in the sky. Danny shows us just how much of the World’s energy is currently produced from renewable sources; 1 Trick = 1%.

Danny MacAskill Takes to the Skies in Climate Games

…and never to be missed, the great behind-the-scenes of how they made this happen. We’re especially amazed by the skinniest of skinnies – riding along the sharp edge of that blade!

…plus, the wild sliding around on top of that massive turbine!