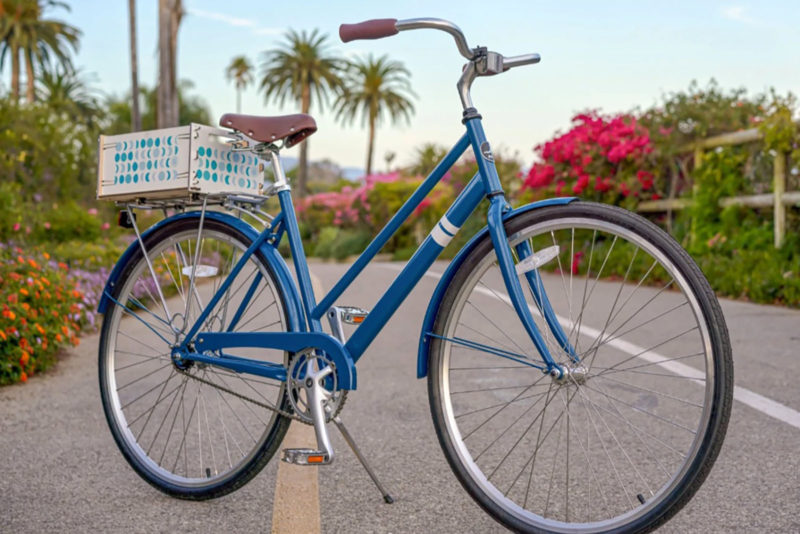 Who doesn’t love a good collaboration? Especially when it results in a pretty new bicycle.

It’s also named for the album. ‘Meet the Moonlight,’ Johnson’s eighth album and his first full-length release in five years, arrives with a breezy blue-and-white color scheme that’s reflected in the bike’s design.

The bike’s painted wooden crate also features a design inspired by Johnson’s album art. And if that’s not enough Johnson connections for you, it’s easy enough to add a rack for your surfboard, the company said.

Interestingly, Solé took this collab one step further than normal for this kind of collaboration. The company will work with “the Jack Johnson team” to offer giveaways throughout his upcoming tour.

Those headed to one of Johnson’s shows can connect with @allatonce_org and enter a contest to win one of the new bikes. Not going on tour with JJ? No problem. You can still enter another contest for a free “Moonlight” bike through Propeller.LA. 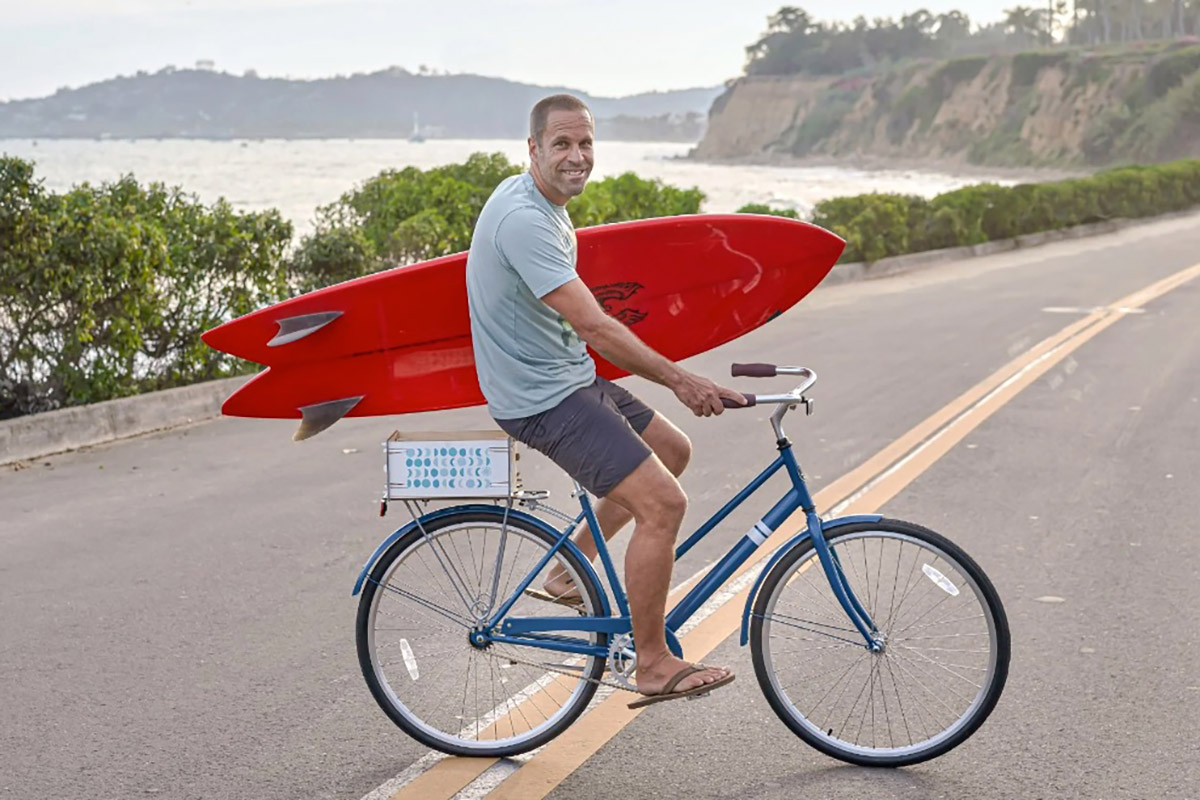 With each collab bicycle sold, Solé will donate 15 percent of the proceeds to the Kōkua Hawaiʻi Foundation. It’s a non-profit organization founded by Kim and Jack Johnson that supports environmental education in the schools and communities of Hawaiʻi.

As for the bike itself, the Meet the Moonlight is a Dutchie one-size-fits-all cruiser. The step-through comes with a coaster brake – meaning you pedal backwards to stop.

It has no wires or gears, and features the “Solé signature swooping frame.” This made-in-the-USA bike comes with a kickstand and chain guard cover. Solé custom-makes the bikes to order, which will ship 3-4 weeks after purchase.

Without any extras, the bike sells for $650.

However, if you want the sweet Meet the Moonlight Rear Crate, you’ll have to pay another $150. There’s plenty of options for add-ons, and adding a surf rack will cost an additional $106-153.

Note that the surfboard in company photos is not included.

It’s not “made-in-the-USA”, it’s assembled in the US. Big difference.