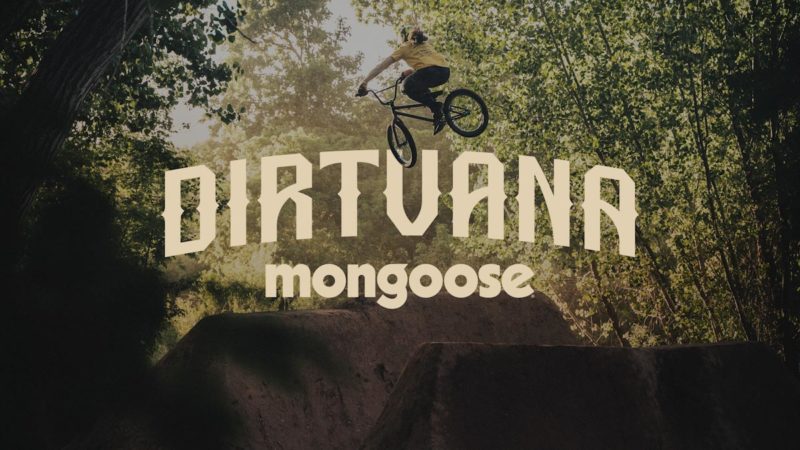 Every rider has gone through lows and highs, and nothing beats the re-inspiration you feel after coming out of a slump with a new trick, a bigger gap or a new place to shred. Mongoose decided to capture that feeling (and launch their creative campaign for 2021) with their new video ‘Welcome to Dirtvana’.

This video was inspired by the freedom, creativity, and pure enjoyment BMX riding encourages. A poetic narrative comically encapsulates the unbeatable feeling of stoke, as Mongoose celebrates their deep BMX history born and bred at the racetracks of Southern California.

This film wasn’t made as a launch video for any new bikes or products, but Mongoose did tell us your keen eyes will see some upcoming product within; At the beginning of the video Payton Ridenour is seen aboard the Title Team race bike, and some Title full face helmets can be spotted in the mysterious old man’s tent. Last but not least, a reissue of Mongoose’s classic Supergoose appears in the tent scene too – and yes, they will be available to consumers! Both featured bikes and the Title helmets are set for release this fall.

And I hope all you BMX fans recognised Tim ‘Fuzzy’ Hall’s cameo appearance – A legend since the days when you had to pedal at dirt jump comps!