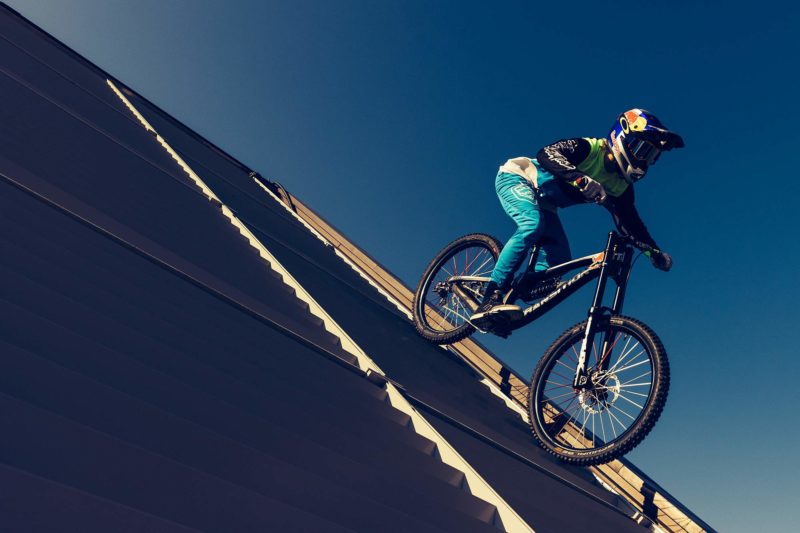 There’s no denying that Red Bull Rampage is a spectacle of extreme mountain biking that we can’t take our eyes off. But it’s hard to really grasp the scale of 70′ drops, 75′ gap jumps & 85° lead-in ramps out in the vast scale of desert cliffs – all with crazy flips & tricks thrown in too. So with this year’s Rampagers out in Virgin, Utah dialing in lines as we speak, and the 2021 Red Bull Rampage set to kick off tomorrow, Red Bull decided to jump off a 4-story building back in town to give us a little more context.

You do kinda have to see it to believe it…

Get a sense of scale of Red Bull Rampage!

Red Bull enlisted Nicholi Rogatkin, who famously had one of the biggest-ever Rampage crashes and then finished his run (with another giant canyon gap & a backflip – seriously, click that link and go watch it again!), and Jaxson Riddle, a young freerider born just 30 miles away the year the first Rampage was run, to help us get a sense of Rampage’s scale.

The jumps are huge, the gaps seem even more massive when you put one on a flat parking lot with a couple of trucks in the middle. 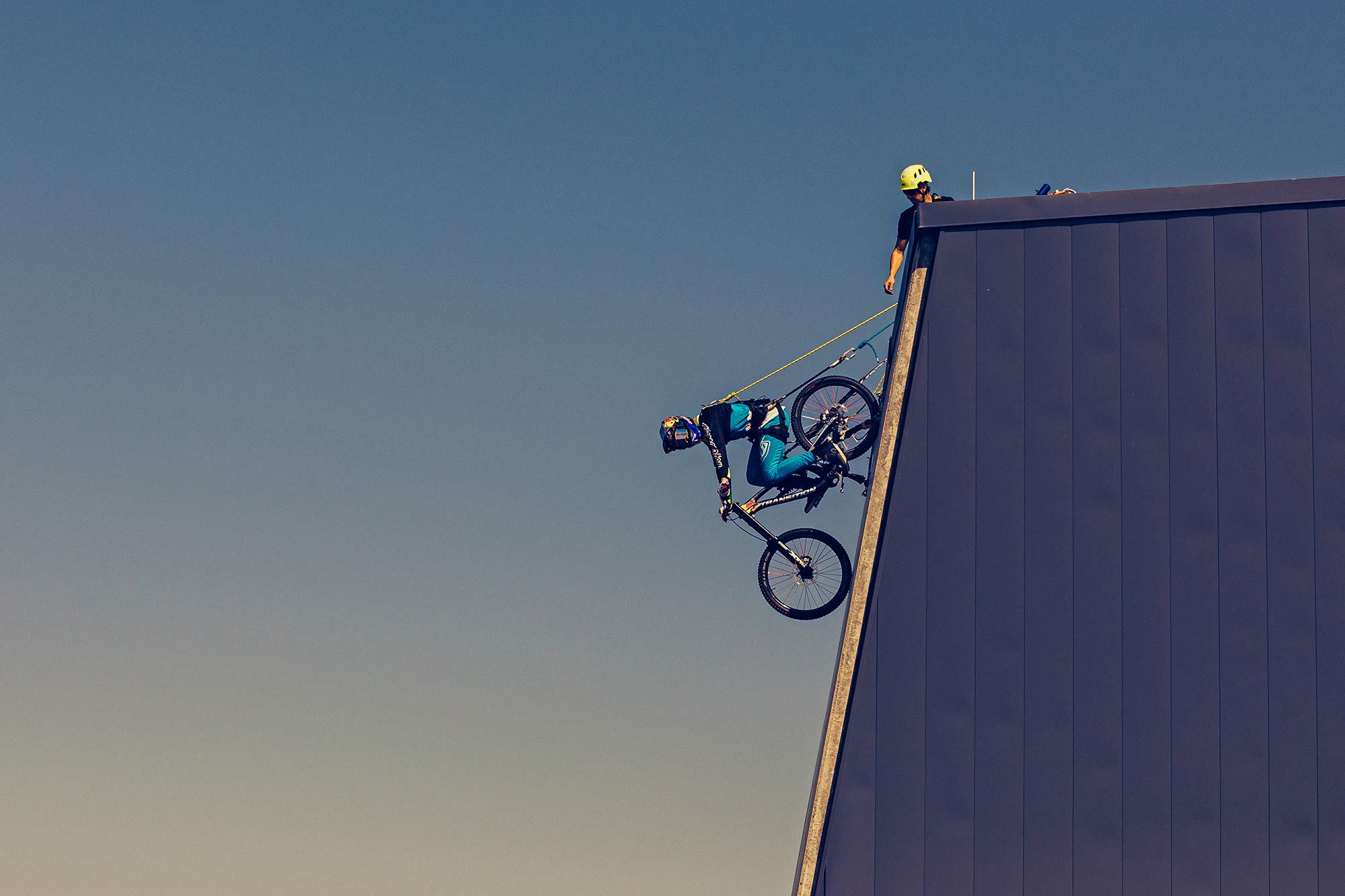 And those drop-in chutes at 65-85° not only look steep, they’re close to vertical, and are only rideable with a good run-out at the bottom. It’s pretty wild, when you think about it in context. 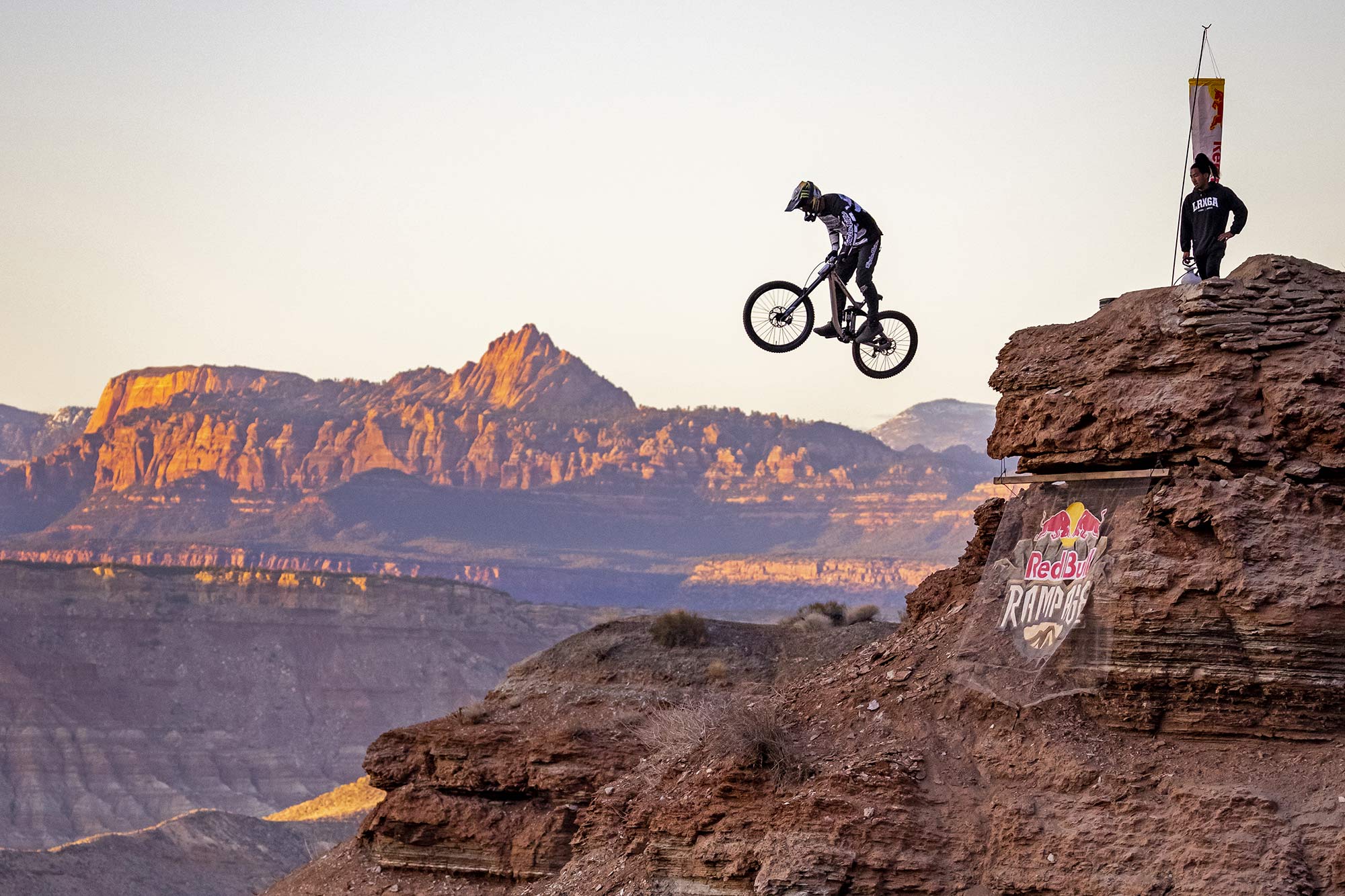 Actually, Rampage is pretty wild any way you think about it! 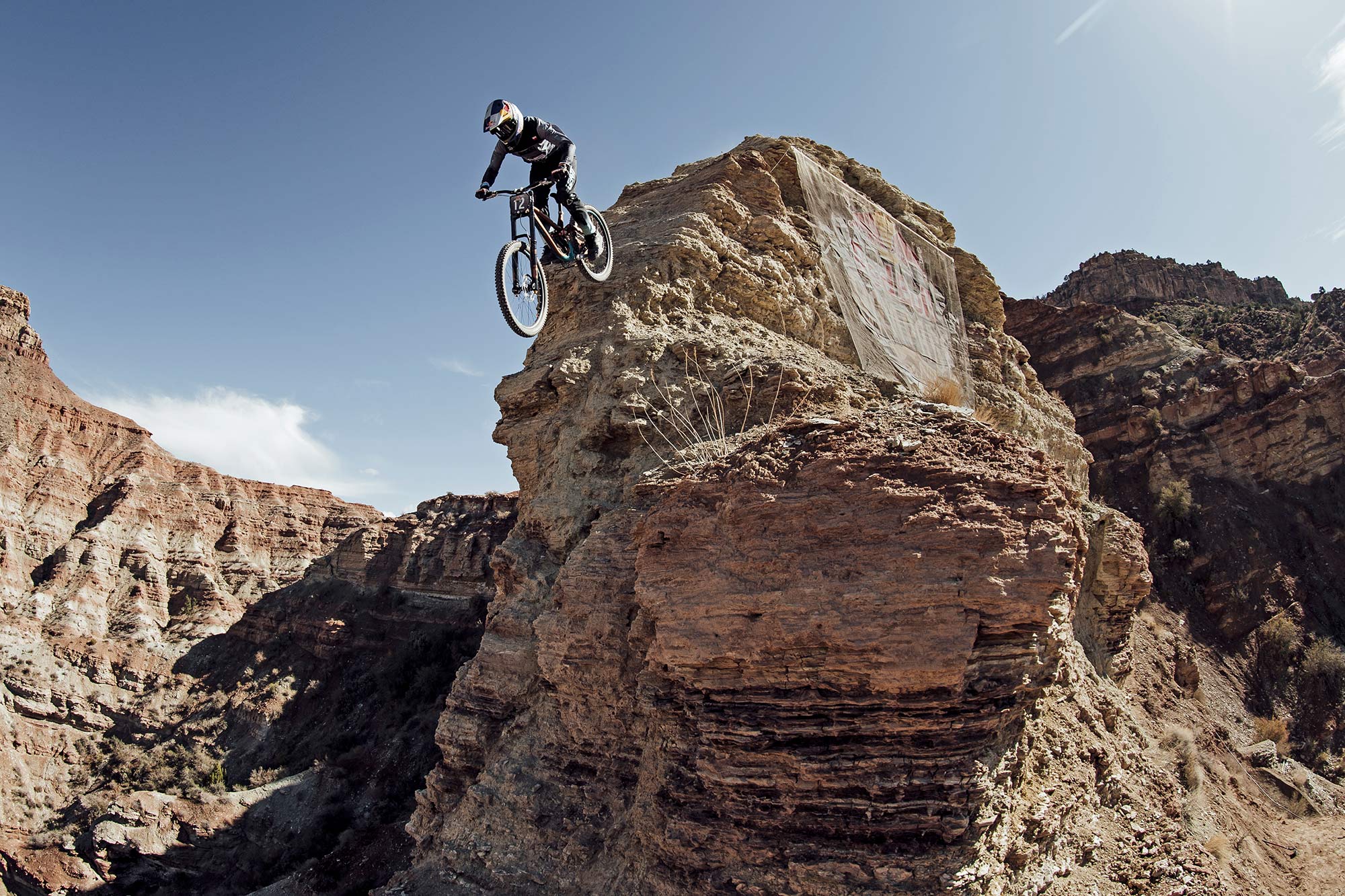 Here’s the deal, it’s the 20th anniversary of the first Rampage this year. With this actually being the 15th edition. So, 15 of the world’s best and craziest freeriders are out in southern Utah right now, getting ready to compete to see who has the best flow, the best tricks, and maybe the least sense of self-preservation. 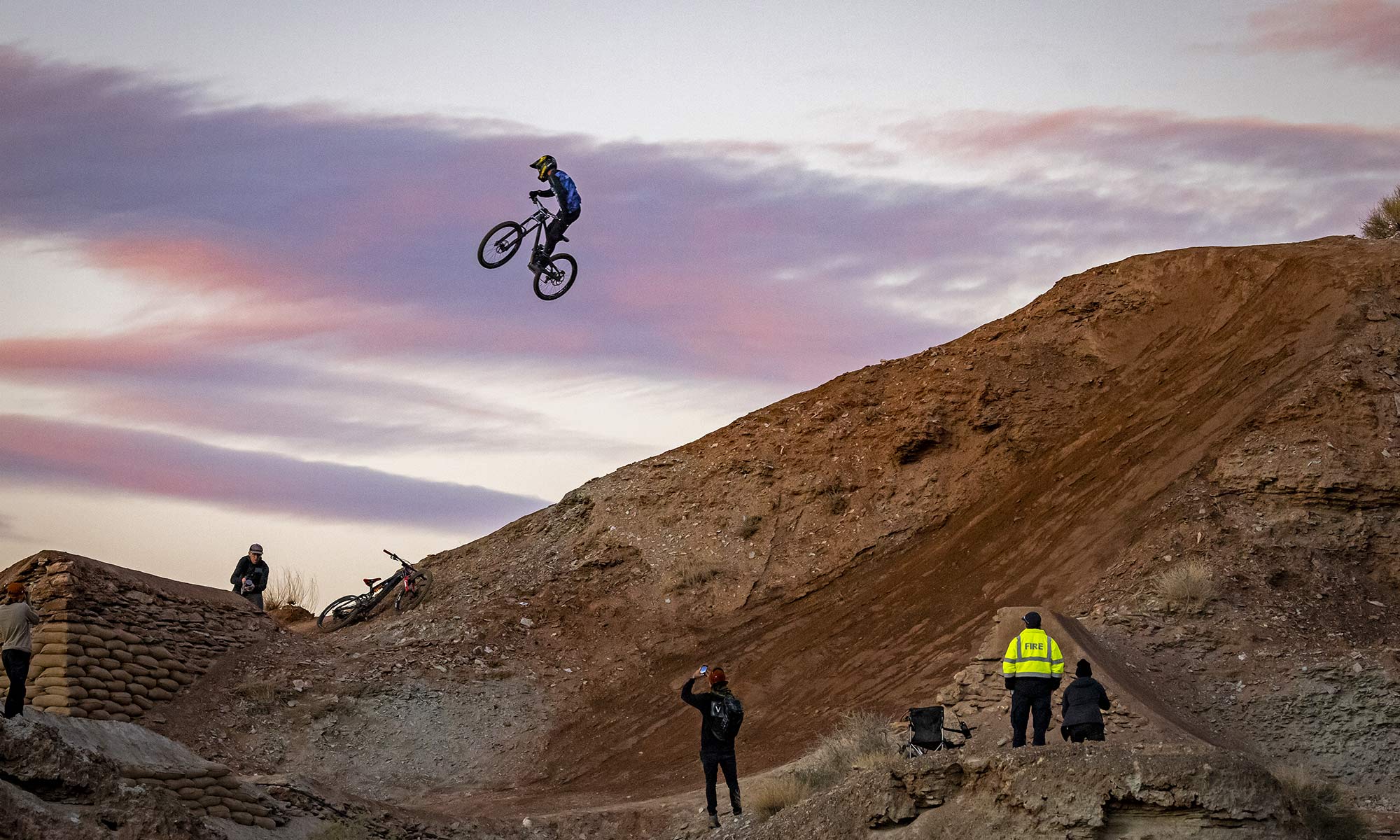 Some already snuck a peak over a month ago at the landscape that is being used for this year’s Rampage. And now, for the past two weeks, the riders and their support teams have been up in the Virgin, UT desert previewing the cliffs and planning their lines.

(These three photos above were shot yesterday, Oct 13, as the riders were getting into the Rampage groove.)

So, a couple of weeks of digging out new lines is about to come to fruition.

Now they are training, dialing in those new lines, and practicing their planned tricks & transitions.

The real competition kicks off tomorrow, Friday the 15th of October at 11 am mountain time in Utah, and will be broadcast live on Red Bull TV. (That’s 1 pm on the east coast of the US,  or 7:30 pm in Europe.)

Watch it all go down live tomorrow, or burn a good part of your workday today reading up on Red Bull’s detailed Rampage coverage – past & present – with videos, long-travel bike checks, and commentary from riders there and one’s who know better.