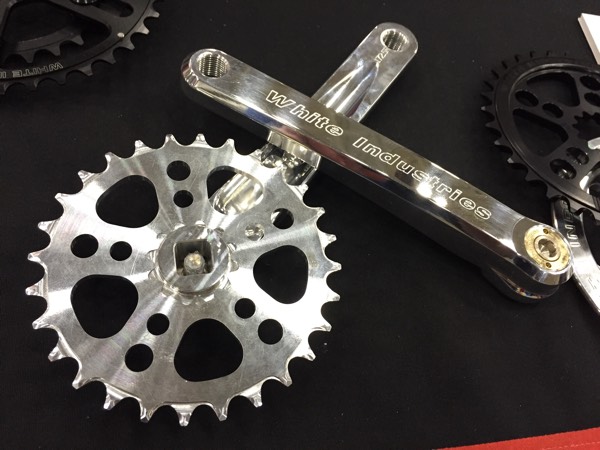 They’ll start off with 28, 30 and 32 first, then gradually add bigger sizes in up to a 48, all in even increments of course. Why go so big? Cyclocross of course.

Retail will be about $60 to $80 depending on size and should be available this summer.

Rather than duplicate SRAM’s patent, which they never received a response to their licensing requests, they found an expired patent from someone else and used that tooth profile. 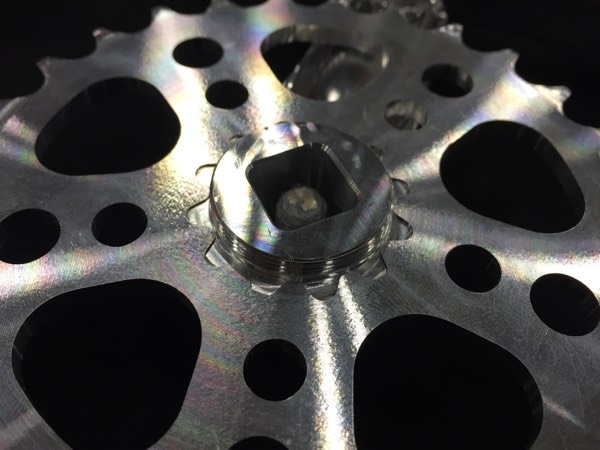 The rings slot onto the grooves on the back of their crankarms, then use a threaded nut to secure them into place. 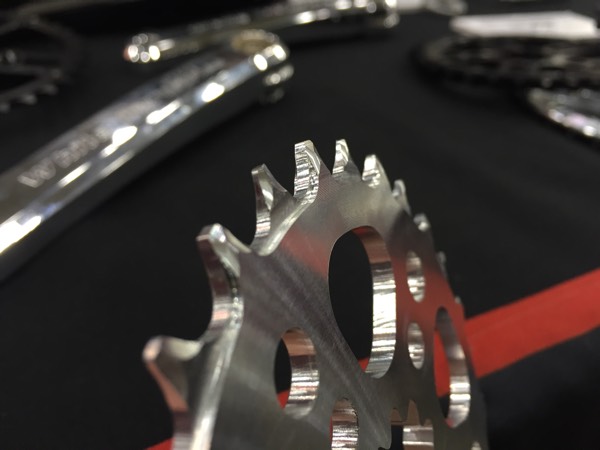 The wider teeth have a more ramped, slightly lower looking bulge than some others we’ve seen, but should still provide enough material between the chain plates to keep it in line. 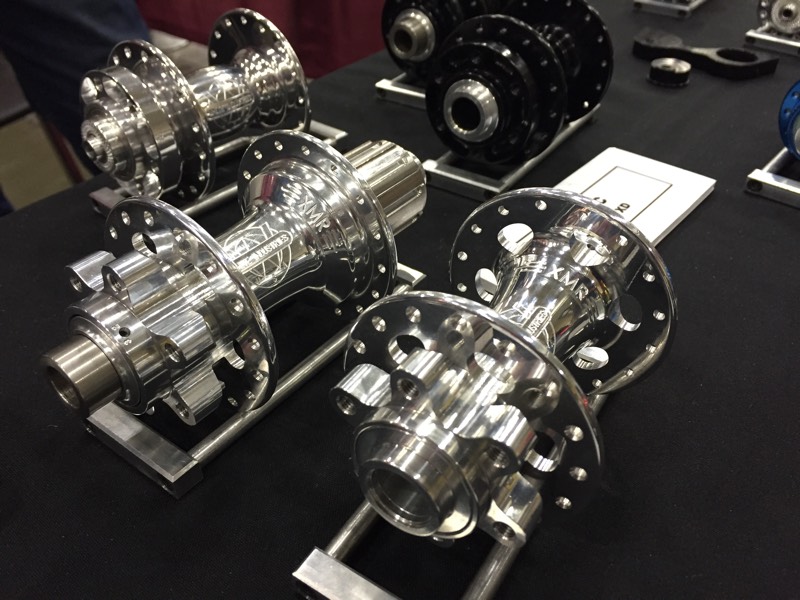 On the hubs, they’re borrowing the curvier, more modern shape of their newer CLD (CenterLock Disc) hubs and putting it on an all-new 6-bolt disc brake hub.

The design is still being finalized, so it may change from what’s shown here, but the goal is to reduce weight. They expect it to end up 40-50g lighter than the original, which you can see in the background. 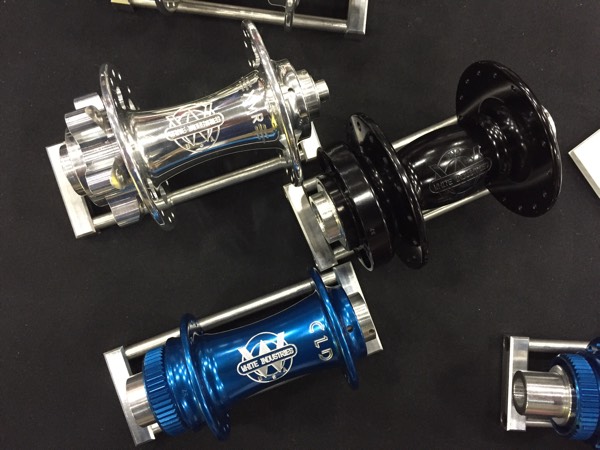 There’s also some big changes going on inside the hub, but they’re not ready to talk about that yet. We spun the freehub body of the new one compared to the old and it sounds like there are a few more engagement points and it’s definitely a bit smoother. These should be released around Interbike time. They’ll have all the current axle standards and options available, making them good for road, ‘cross, gravel and mountain bikes.

When will they move on from square taper or at least give another option…
Great hubs, glad the engagement is quicker!

@DJ – what would you have them use? ISIS? Octalink?

Cool, more hubs that never stay tight. How are they still in business? Oh yeah, the ENO…

@ez If you’ve had so many problems after adjusting them properly, have you contacted them for a possible solution? It could have been a tolerance issue on the hubs you encountered. While the hubs I own from them have been perfect, and as an experienced mechanic my hands may be more skilled than most, there’s no denying that some QC problems are bound to slip through the cracks.

Reach out to them through their FB page or call them directly. The response might be better if a shop representative does that though. That should be expected though.

I’m a huge fan of WI products. My M16 hubs have been solid for many seasons and miles. More reliable than most hubs on the market, hands down.

I wonder if they’ll make the XD driver in aluminum for the new hubs?

It’s kinda pointless (higher cost & weight) to make it in titanium when the design of the cassette doesn’t create notching problems.

15 months and 3K offroad miles on my SnoWhite hubs without a single issue.

I’ve owned and sold many WI hubs. One dude was 260 lbs and hammered on them. Aside from worn bearings no issues, sounds like a bad hub or bad mechanic. @ez
And square taper rules. Keep up the good work!