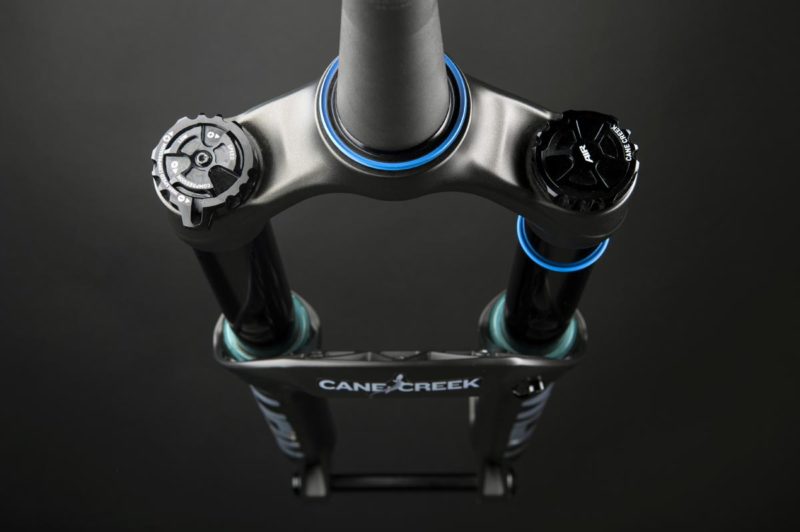 Cane Creek is back at the HELM. The HELM of course being their mountain bike suspension fork that was incredibly good right out of the gate. Considering this was their first suspension fork, Cane Creek proved to everyone that they were up to the task. But there’s always room for improvement, right? According to Cane Creek, the HELM MKII is better in just about every way. Oh, and it’s available in all black. And pink. 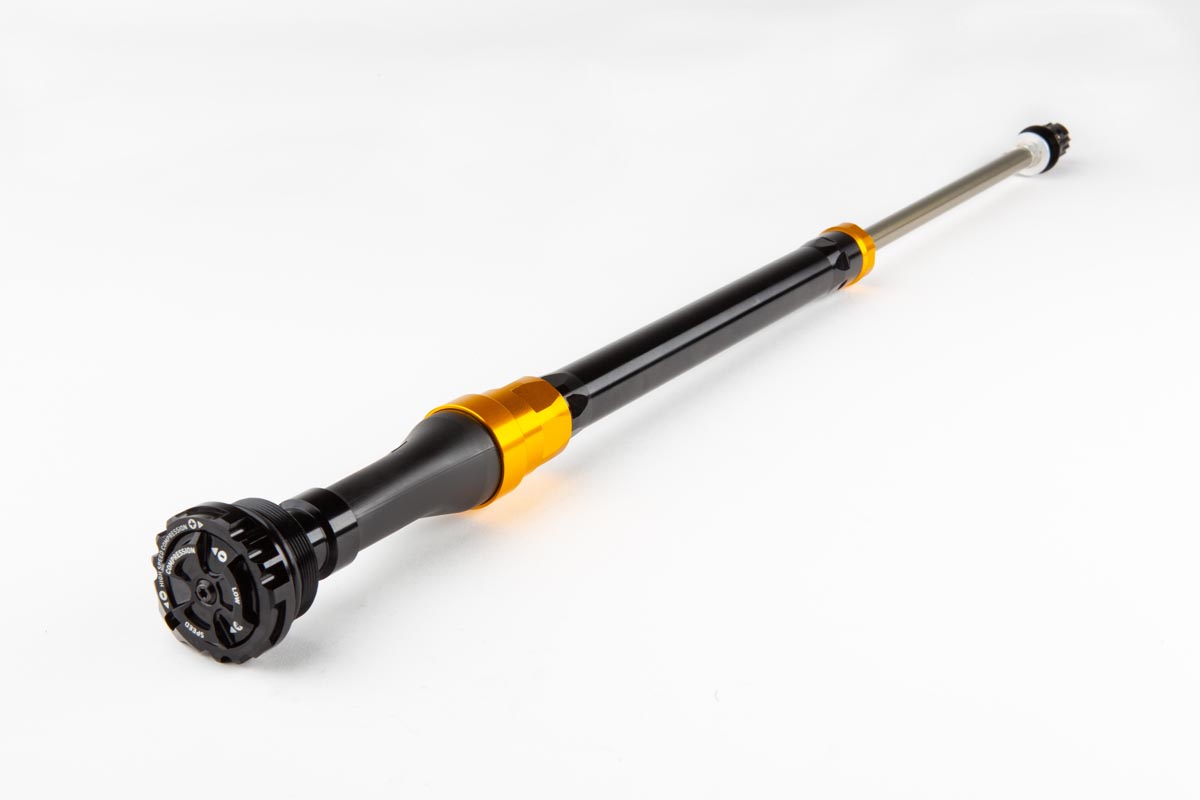 It appears that the biggest focus on the MKII was making the fork smoother and more supple. While the new damper gets improved compression and mid-valve circuits for better support and control, the SKF oil seal head and 2.5wt damper oil are used to reduce friction. 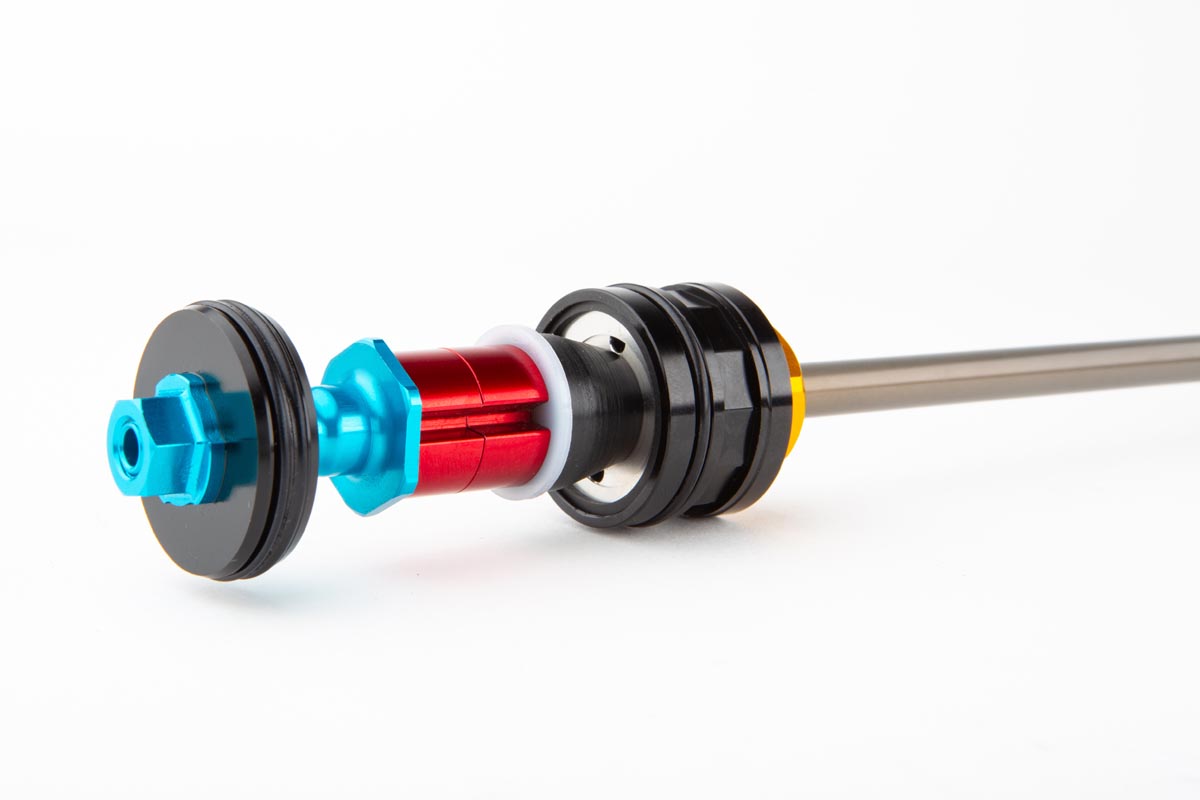 On the air spring, there’s a new piston as well for the same reduction in friction. Increased air volume is said to increase traction and suppleness as well, and a threadless seal head makes travel changes easier. 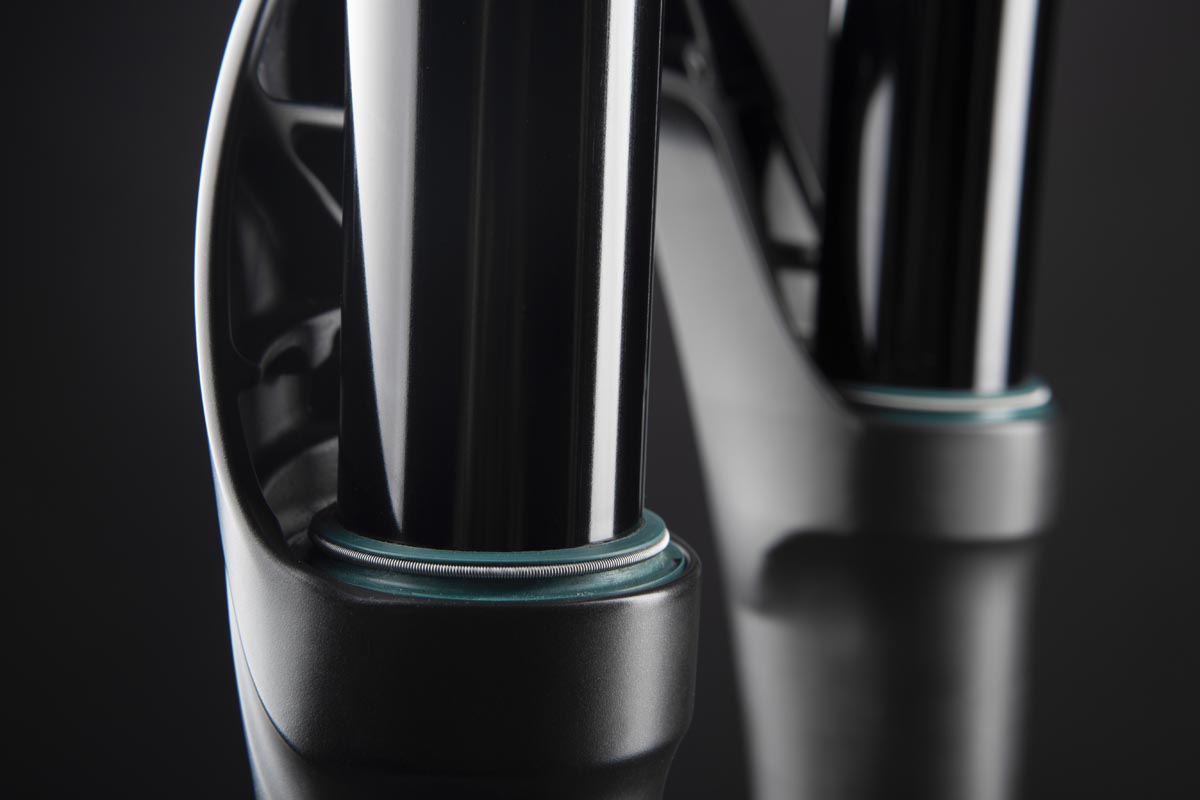 Moving to the outside of the fork, SKF seals are found again. This time in the form of premium low friction wiper seals to keep the stanchions clean and smooth. 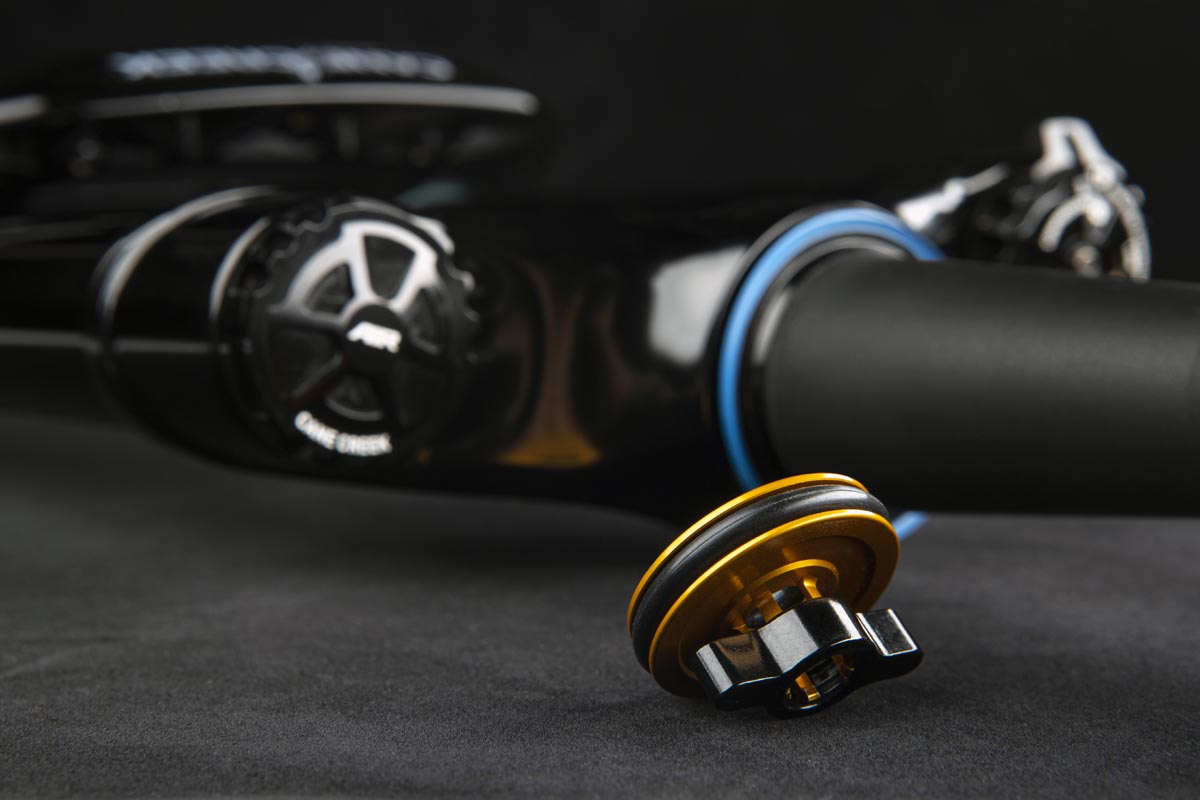 You’ll also find small updates like easier to turn suspension knobs and a D-LOC bolt-on axle standard. Otherwise, the fork continues with its original features like the tokenless air volume adjuster (above) and independently adjustable positive and negative air chambers. 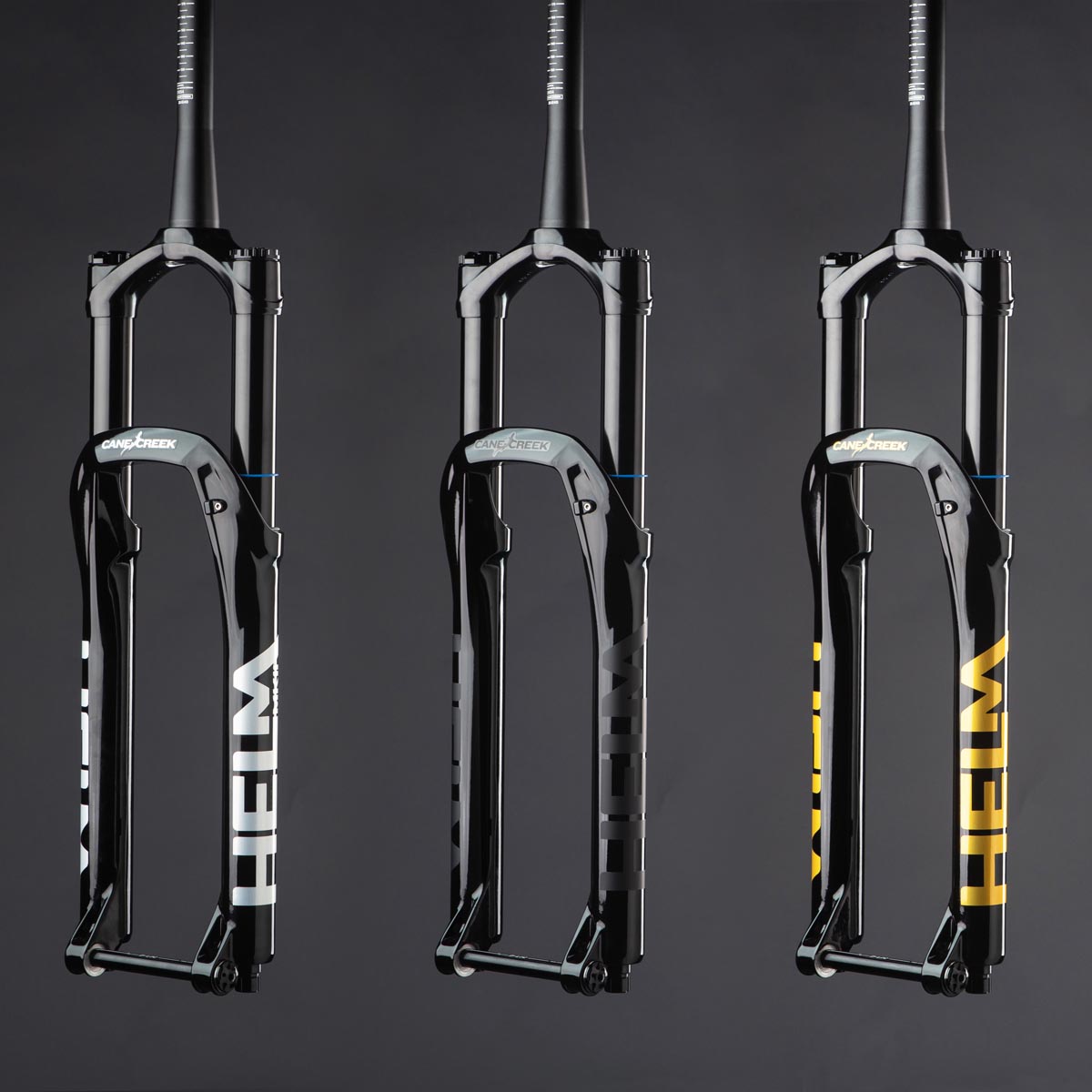 So, the HELM MKII is likely smoother and overall a better fork. But just as important, it’s now available in all black. But what kind of all black you get depends on the fork model. The 29/27.5+ forks will be offered in a gloss black finish with matte black stickers. Aftermarket decals will also be offered in brushed silver or gold. 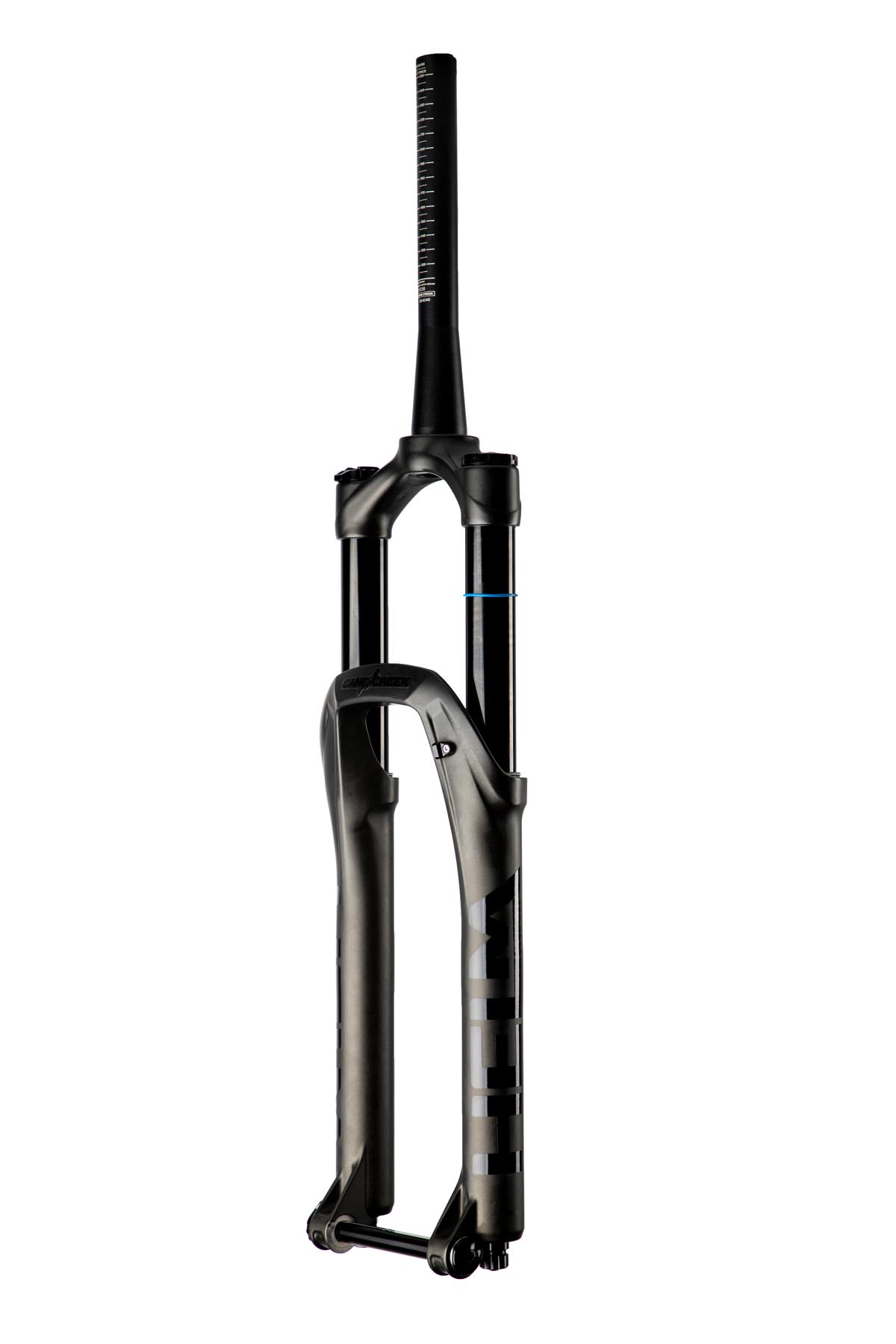 The 27.5″ forks will come in a matte black finish with gloss black decals. 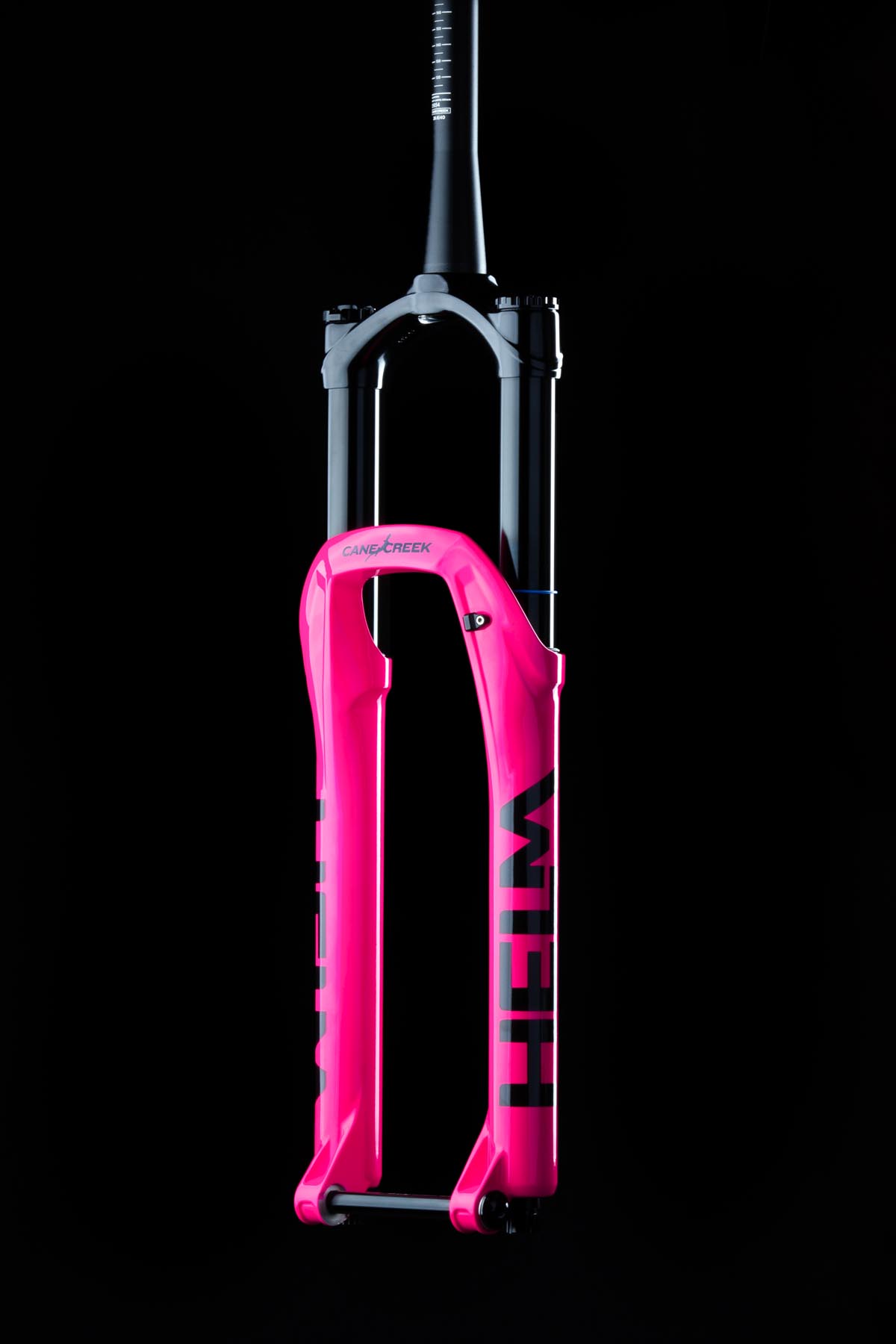 Think black is too boring and want something that will really stand out? How about a hot pink HELM MKII? This launch edition will be available only in the 29/27.5+ platform and will be limited to just 50 forks worldwide.