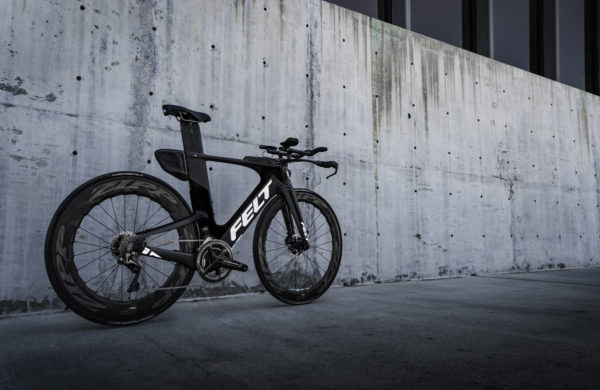 It’s all super bikes heading into the Ironman World Championship weekend, and now it’s Felt’s turn to join the party. If you haven’t noticed by now, the trend for Kona in 2018 seems to be the addition of disc brakes to already impressive platforms. But as Felt points out, the design of the new IA Disc was much more complicated than just adding different brakes. Instead, they wanted the bike to be even faster than the rim brake version while adding a few important details along the way. 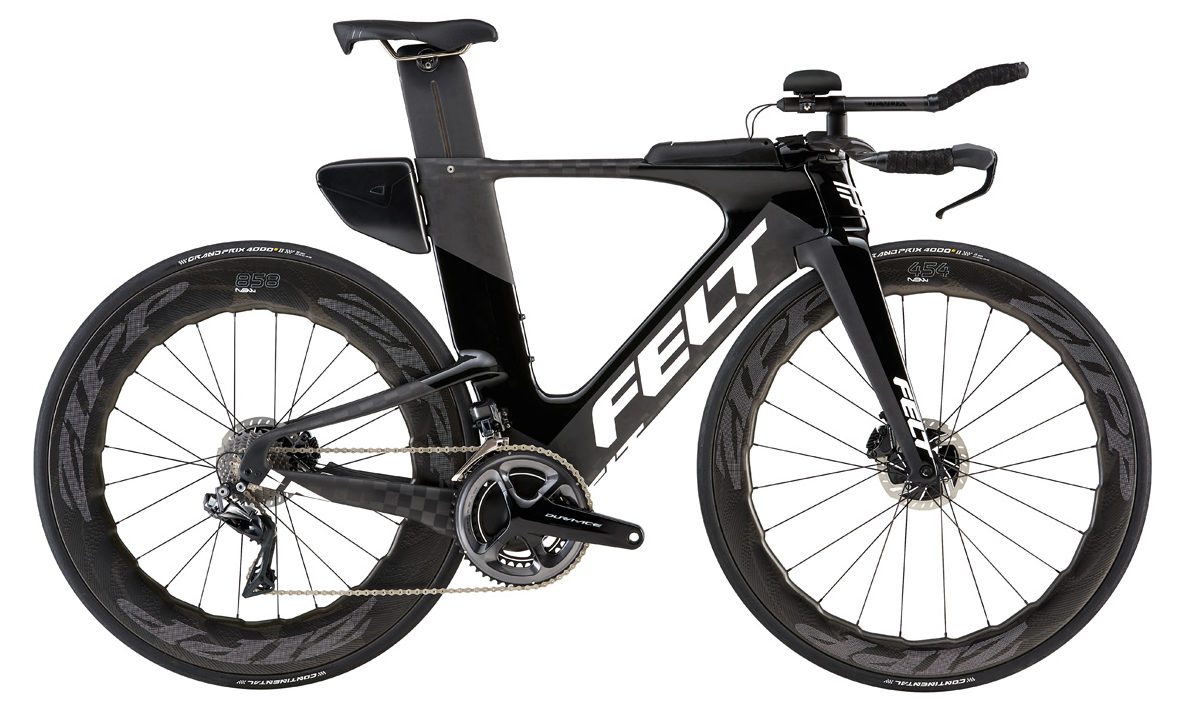 Stepping in where they left off, the IA Disc’s development was typically Felt in that they used substantial amounts of CFD, 3D printing, and wind tunnel testing to develop the prototypes. The 3D printing helped Felt develop the profiles that would not only incorporate disc brakes into the overall design, but help make the bike faster as well. 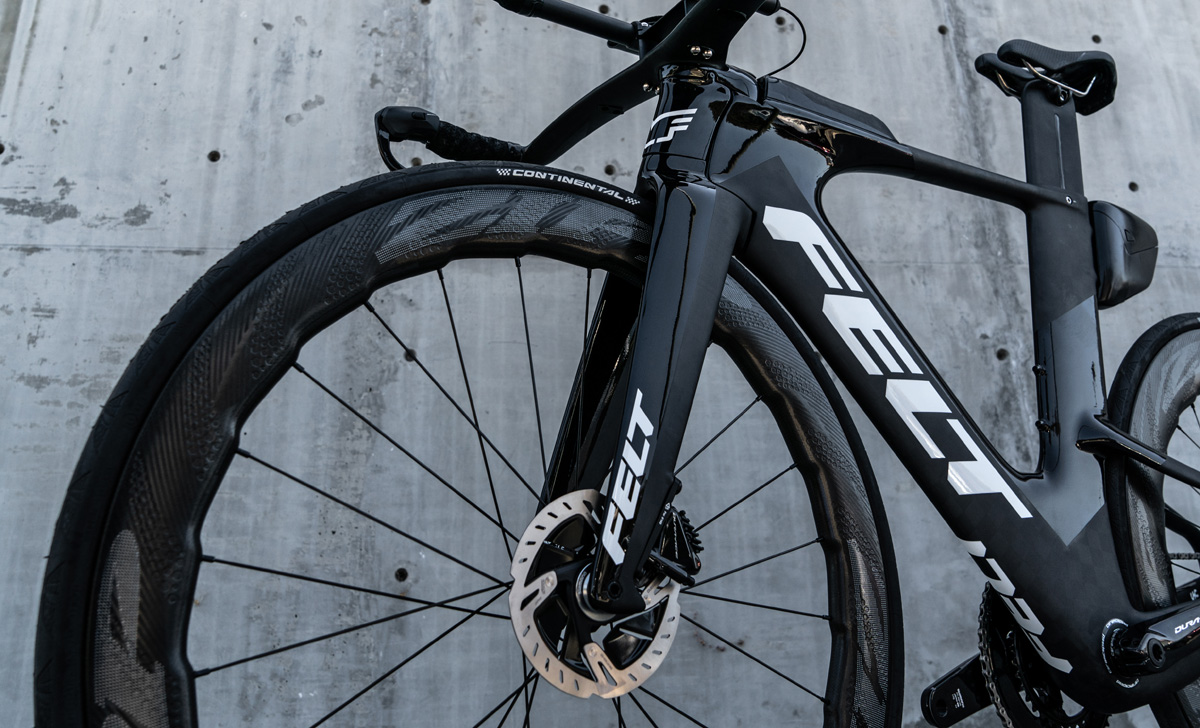 Not only does the new bike include better braking, but it also includes the ability to run larger tires. The new fork integrates the lower cover on the previous IA and removes the brake mount which provides more clearance for bigger tires. With optimization of the rear triangle as well, the new frame will clear 28mm tires on most rims. There’s a possibility of running even larger rubber, but Felt says riders will do so at their own risk. 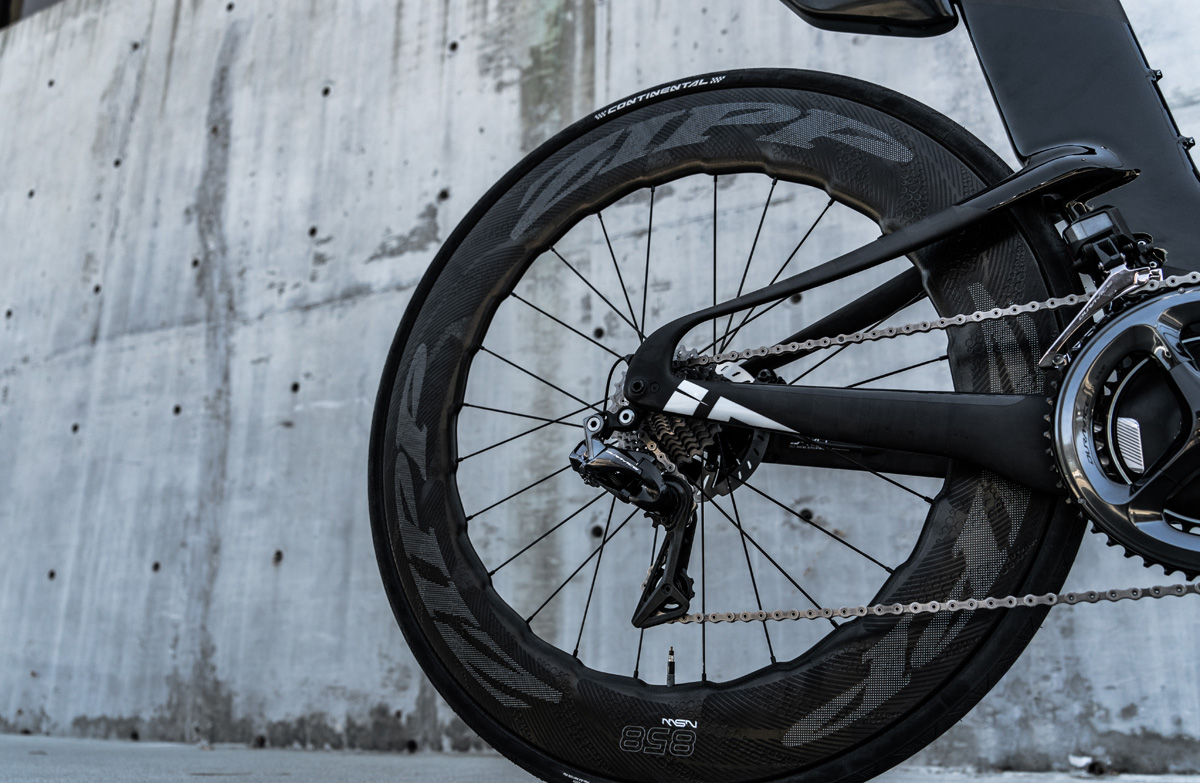 Both front and rear hubs are held in place with thru axles (12 x 100mm and 12 x 142mm), and the axles have been designed for a flush fit for improved aerodynamics.

To make the frame as light, strong, and compliant as possible, the top end models utilize TeXtreme Spread Tow carbon fiber. This allows Felt to use fewer plies since two off axis plies are integrated into a single layer, and results in less weight while helping to improve the ride quality. 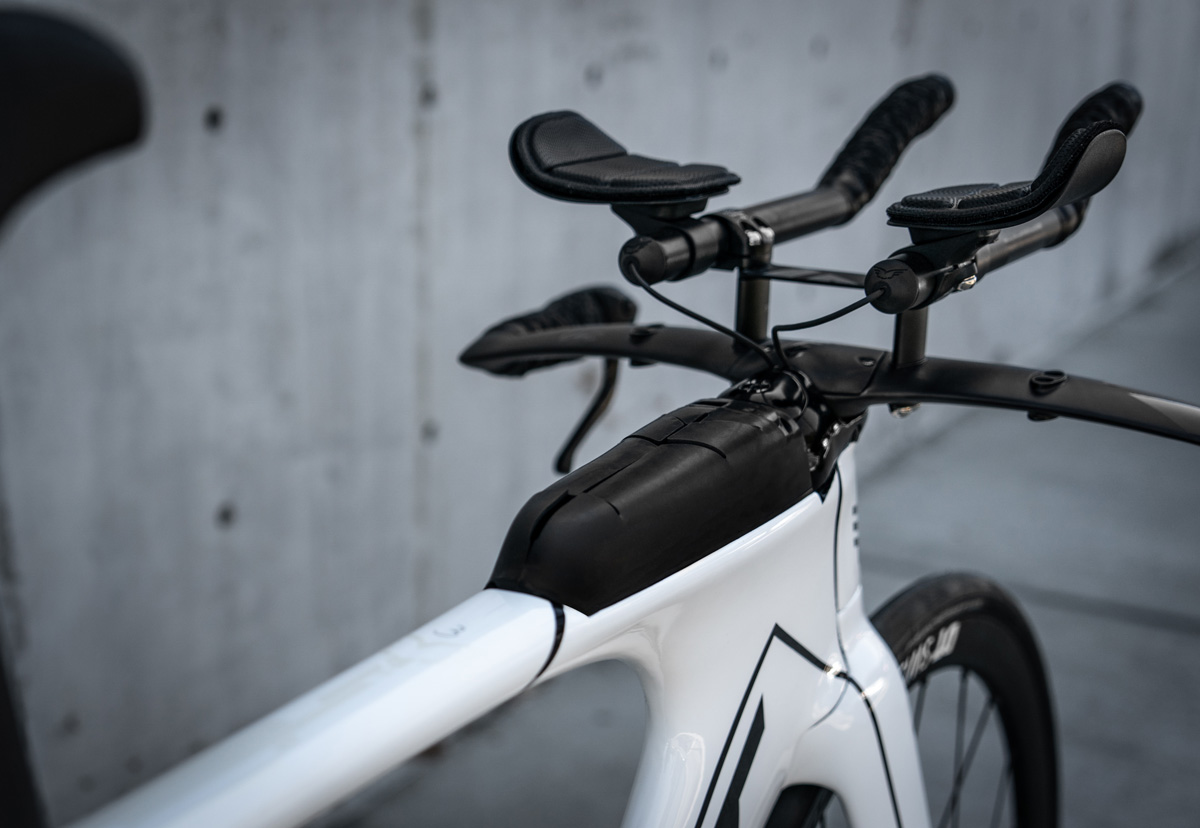 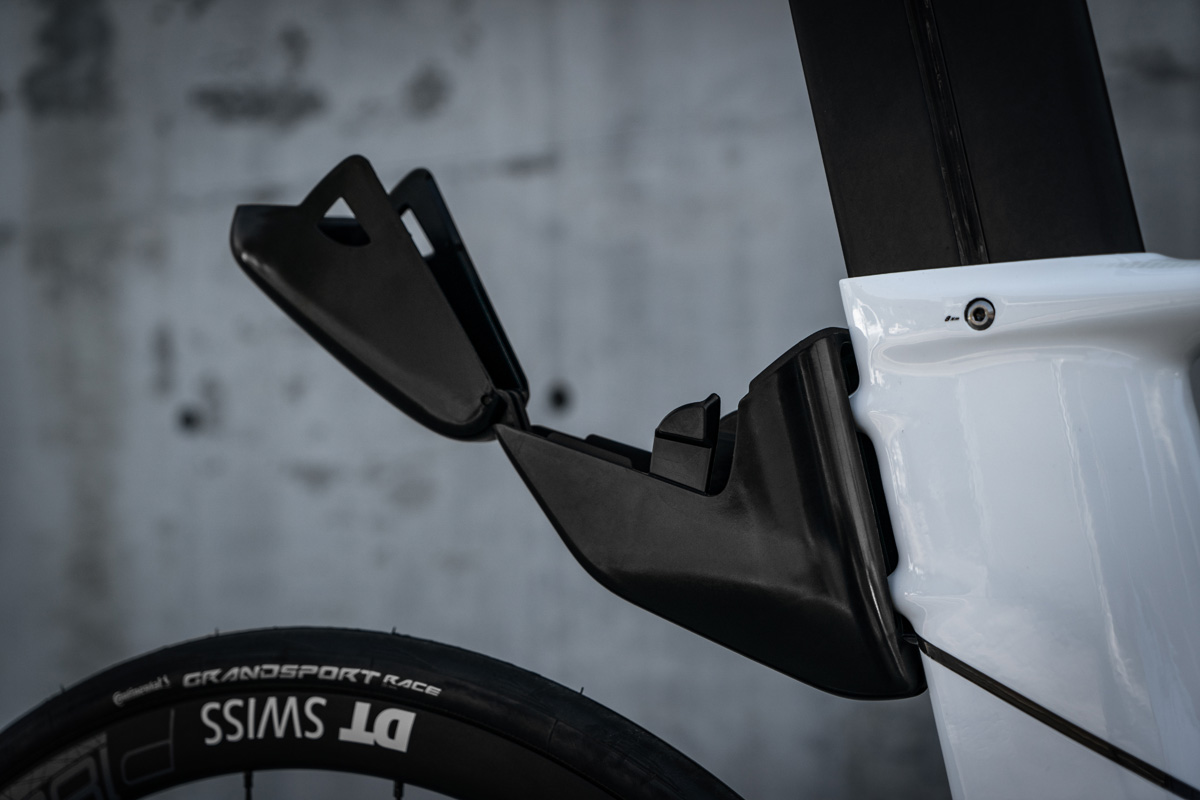 Integrated storage solutions include the CALpac 2.0 on the top tube, and the BTSpac behind the seat tube. The removable rear BTSpac is the perfect place for a flat kit, while the CALpac 2.0 will stash your calories.

Felt says that the IA Disc uses the same geometry as the IA, which is good news for all the fans of the current bike. Felt points out that since the IA has been used in competition, it remains undefeated in the Pro Women’s category in Kona with five consecutive wins. 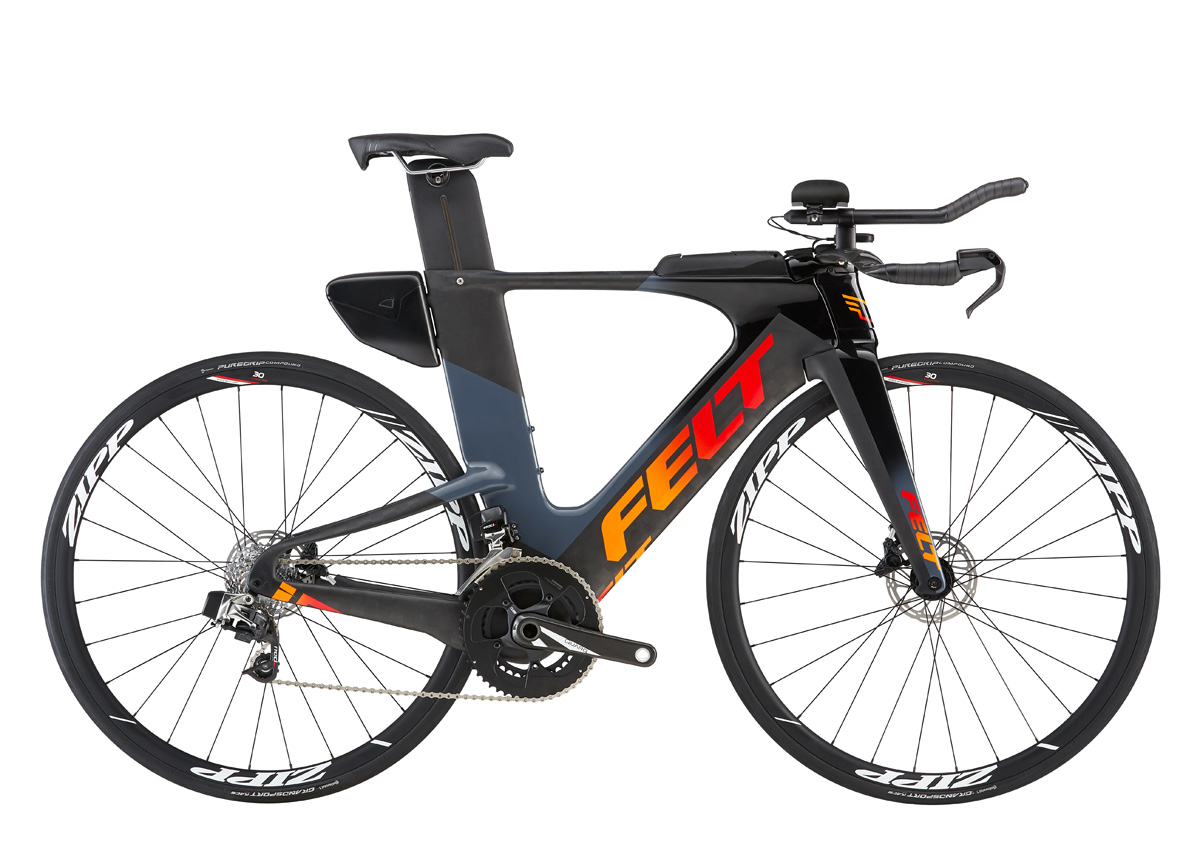 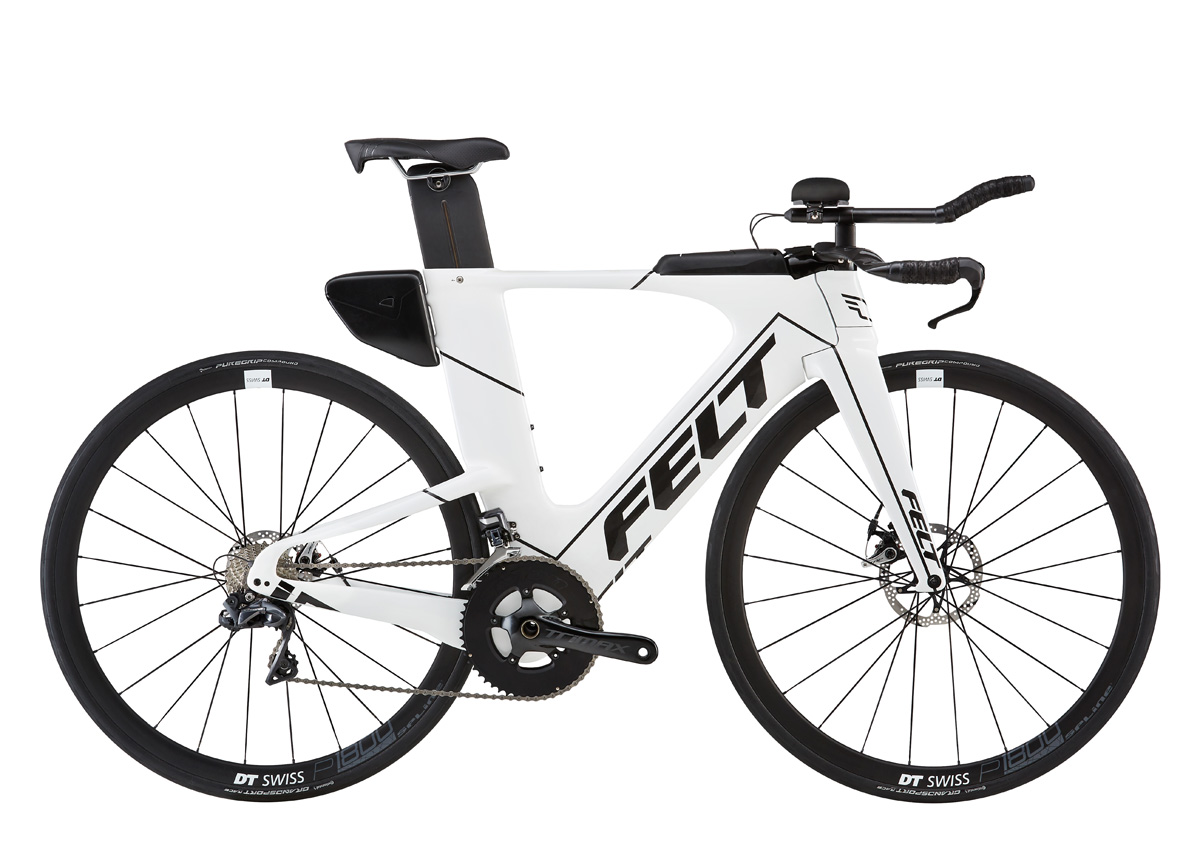 There will be three different models, starting with the ultra bike – the $15,749 IAFRD Disc. For those who’d rather keep things a little less (a lot less) expensive, the IA2 Disc will start at $7,899, and the IA3 Disc will run $5,799. Each will be available in five sizes, and there will also be a IAFRD Disc frame kit available for just $7,349 – though this would certainly be the way to go if you already have compatible wheels. An IA1 Disc frame kit will also be offered at $5,249.

The first customers to purchase an IA2 or IA3 will also receive a limited ‘Early Edition’ bundle which will include a Felt jersey, bib, backpack, hat, socks, t-shirt, and bottle valued at $450. Head straight to the new bike’s landing page here.

The IA has been around much longer than the previous Shiv homie..
(it’s also been much more dominant)

The FELT IA is in a class bu it’s self
While the Shiv is a grest bicycle for Tri – FELT does not and will never copy anyones design or fit.

Can we have thise storage solutions also for regular road bikes too? It has the ideal size for rain jacket and other small stuff you dont want in your trikot bags.

The bike industry must love triathlete’s deep pockets. I’m sure you’ll see some of these at your local sprint Tri, pedaled by some dude who’s 30lbs over weight.

I look forward to your next comment about rich dentists & their Colnagos, Pinarellos, etc,etc..

It’ll deliver the same benefit to the well-heeled weekend age-grader as it will to a paid pro, with the difference being, the former will actually buy it.