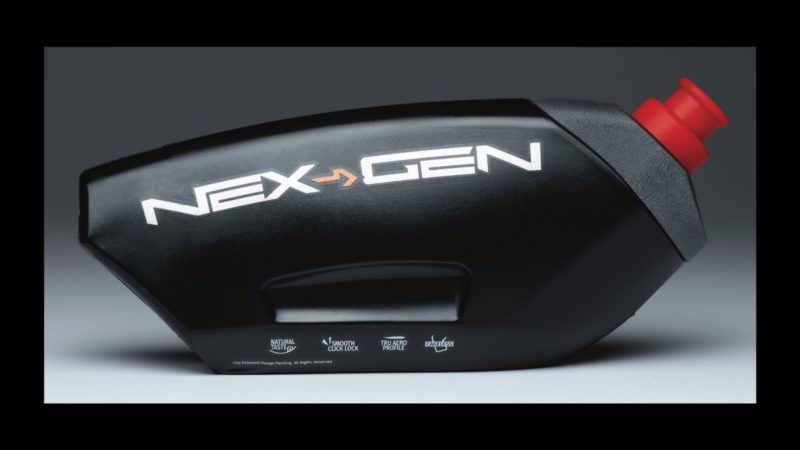 If you’ve swapped out virtually every single part of your bike for the lightest components available, but still dream of finding that great white buffalo of componentry that will take you to the next level, Nex-Gen’s new aero cage-less water bottle is the hydration option you’ve been waiting for.

Cage-less bottles and aero water bottles are nothing new. There’s a wide variety available, but this may be the first combination of both designed to fit on any frame with standard bottle cage mounts.

Nex-Gen’s aero cage-less water bottle mounts to the down or seat tube of any standard bike frame.

By now, Nex-Gen has teased the new bottle for quite some time, but kept details about how it would attach to bikes hush-hush. Ultimately, it landed on a 16-ounce (500 ml) aerodynamic bottle that fixes to most down tubes or seat tubes with an integrated fin.

The full kit includes one bottle, screws, a mount, and a cleaning scrubber.

The fin mounts with bolts,  just like a bottle cage would. But instead of a traditional setup’s larger aerodynamic footprint, the cage-less system leaves only the bottle exposed. The bottle clicks into the fin and Nex-Gen says it won’t come off unexpectedly, even in rough terrain.

Nex-Gen also states that they’re working on an aero-optimized version of the bottle for mounting between aerobars on your tri/TT bike. Look for that in the future.

The aero cage-less bottle has been in development for two years. Nex-Gen said the original concept design reduced drag, end even produced lift in some conditions. 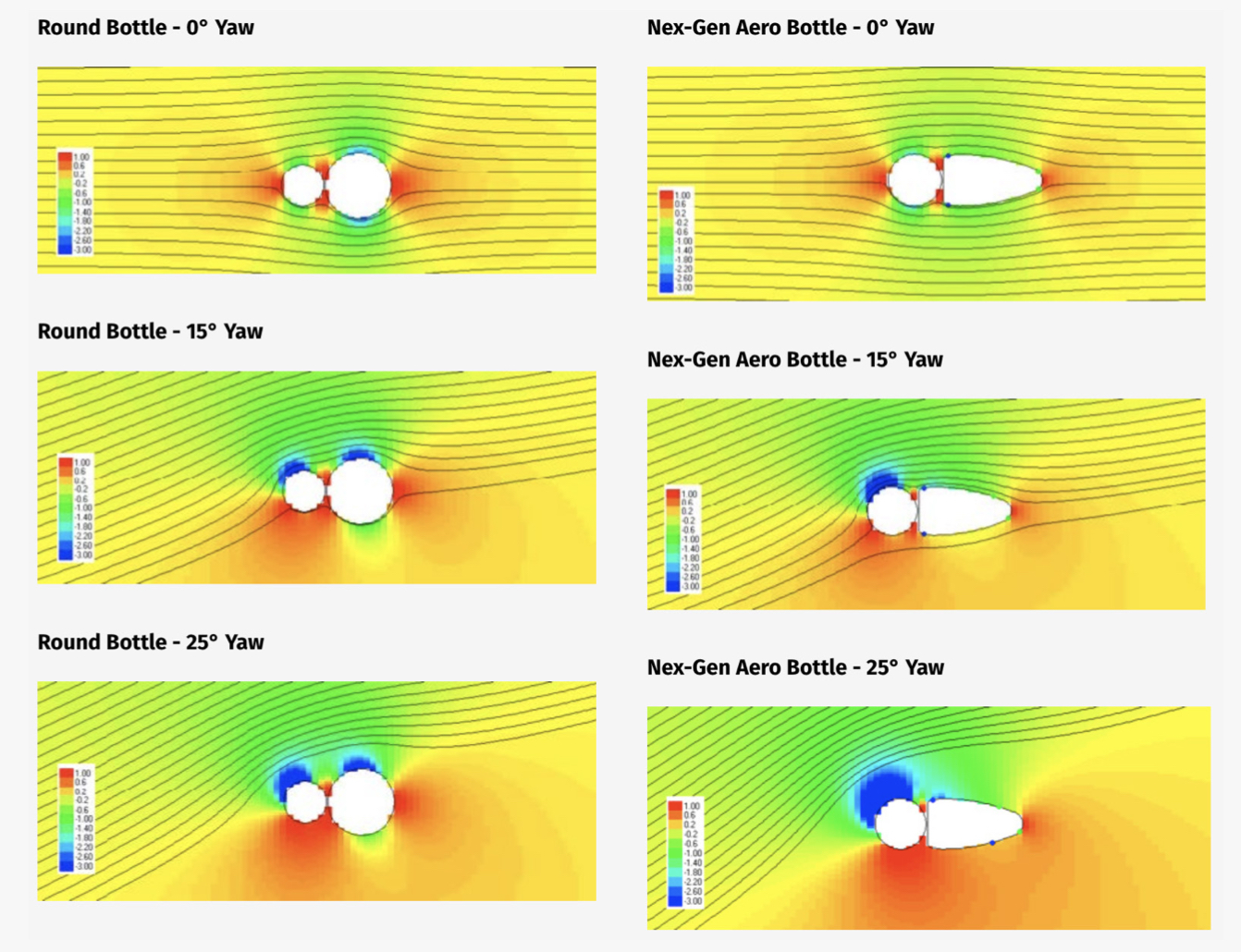 The Nex-Gen aero cage-less bottle kit is available in red, black or white for MSRP $45.

As of this writing, the bottles are available on backorder.

I need a pair of these for my e-bike!

I wasn’t going to buy one, but then I saw those sweet, arbitrary, and incompletely labeled CFD graphs and now me sold! I needs two. Where can I haz? Where?

Those CFD graphs seem to have been made with an older version of Javafoil, a freeware, two-dimensional airfoil simulator employing the panel method. To say it is unsuited to this application is an understatement. Even if it were, trying to use any CFD package without a solid grasp of boundary layer models and of what needs to be included in the computer model and what can be simplified or excluded just leads to meaningless results. These graphs leave me little doubt that such understanding was lacking here.

If you want to make your own pretty cfd pictures you can download javafoil from Martin Hepperle’s site. It includes a very readable primer, so there is every chance you will end up becoming more competent in the use of the program than the creators of the graphs posted above.

That said, I wish Nex-Gen every success with their aerobottle.

So, what you’re saying is that because the graphs are completely arbirtary, it’ll be ok to put these on the fork mounts of my bikepacking bike and they’ll still be aero, yes?