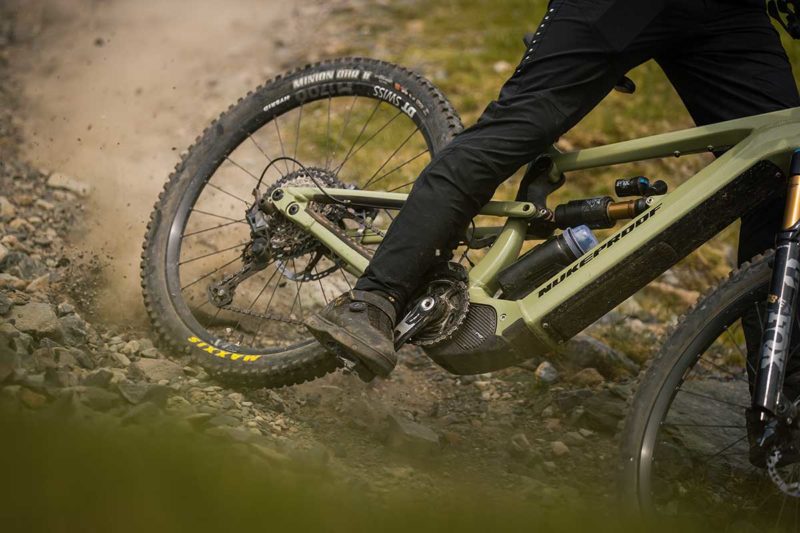 Better late than never, right? Nukeproof have finally joined the revolution, motorizing the Mega to bring enduro fans the MegaWatt; a 170mm travel mullet eMTB. And, it looks just like a Mega. Save for the massive downtube and the Shimano STEPS EP8 motor molded into the bottom bracket, that is. Here are the fine details, along with pricing & availability. 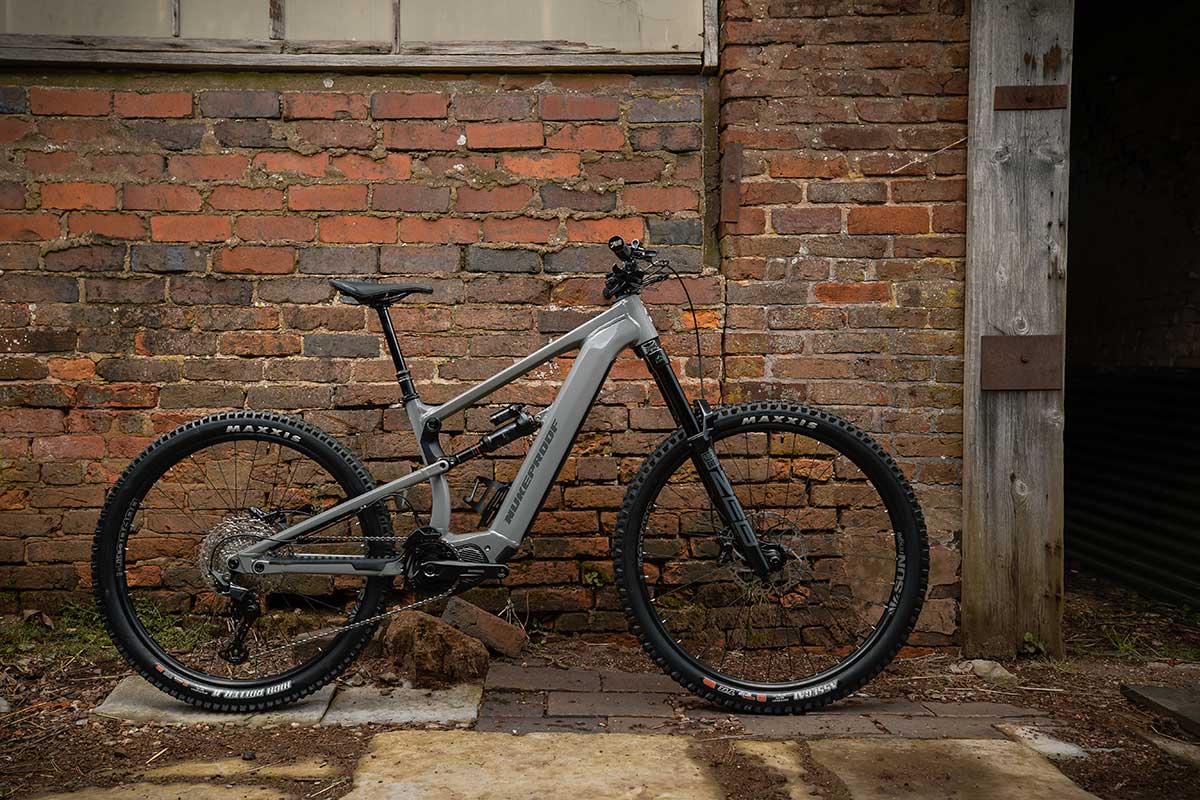 There’s nothing particularly outlandish about the design of the Nukeproof MegaWatt. The major appeal is that the brand have, effectively, motorized the proven race geometry of the Mega, a bike that took Sam Hill to three consecutive Enduro World Series titles. The V4 Mega, specifically. 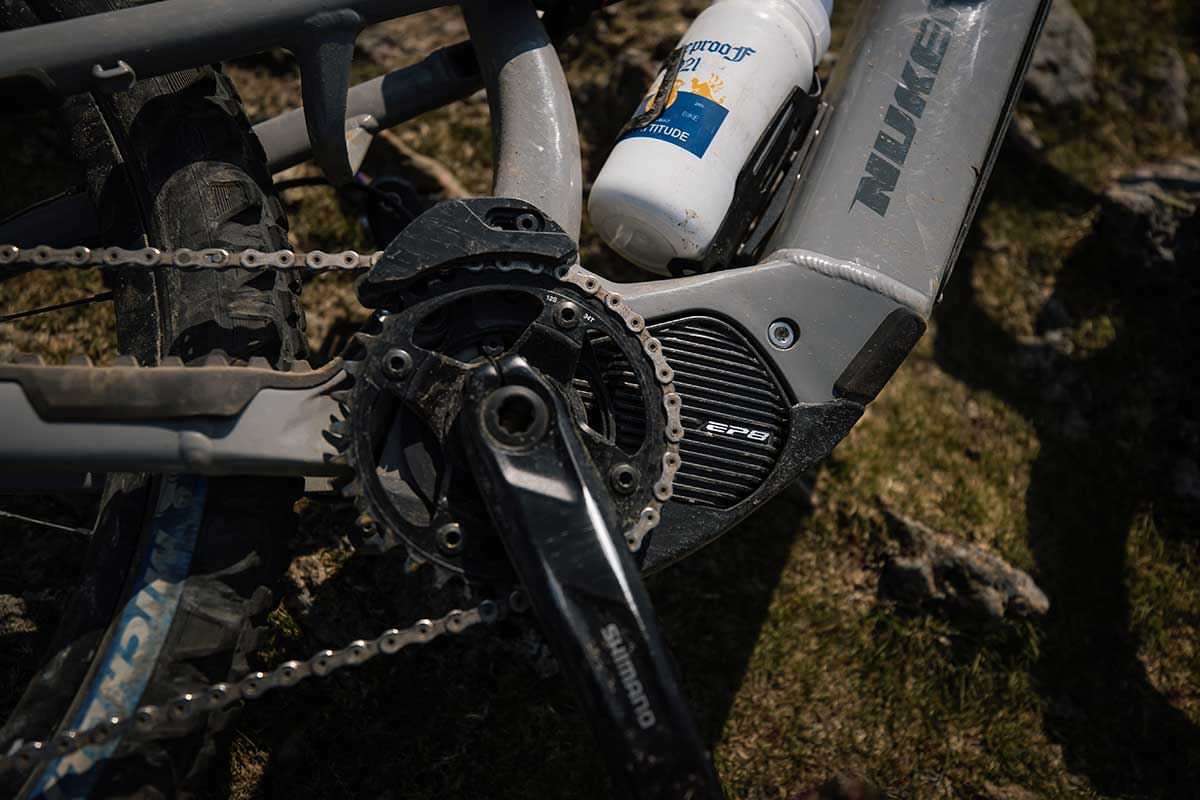 All three models of the Nukeproof MegaWatt get 165mm cranks

The MegaWatt houses a Shimano STEPS EP8 drive system in a one-piece cast aluminium bottom bracket shell, and is driven by a 504Wh or a 630Wh downtube-integrated battery (model dependent). It’s fairly large, even by eMTB standards. That said, the complete bike weight isn’t totally ridiculous, coming in at a claimed 23.9 kg for a Factory build on a medium frame. 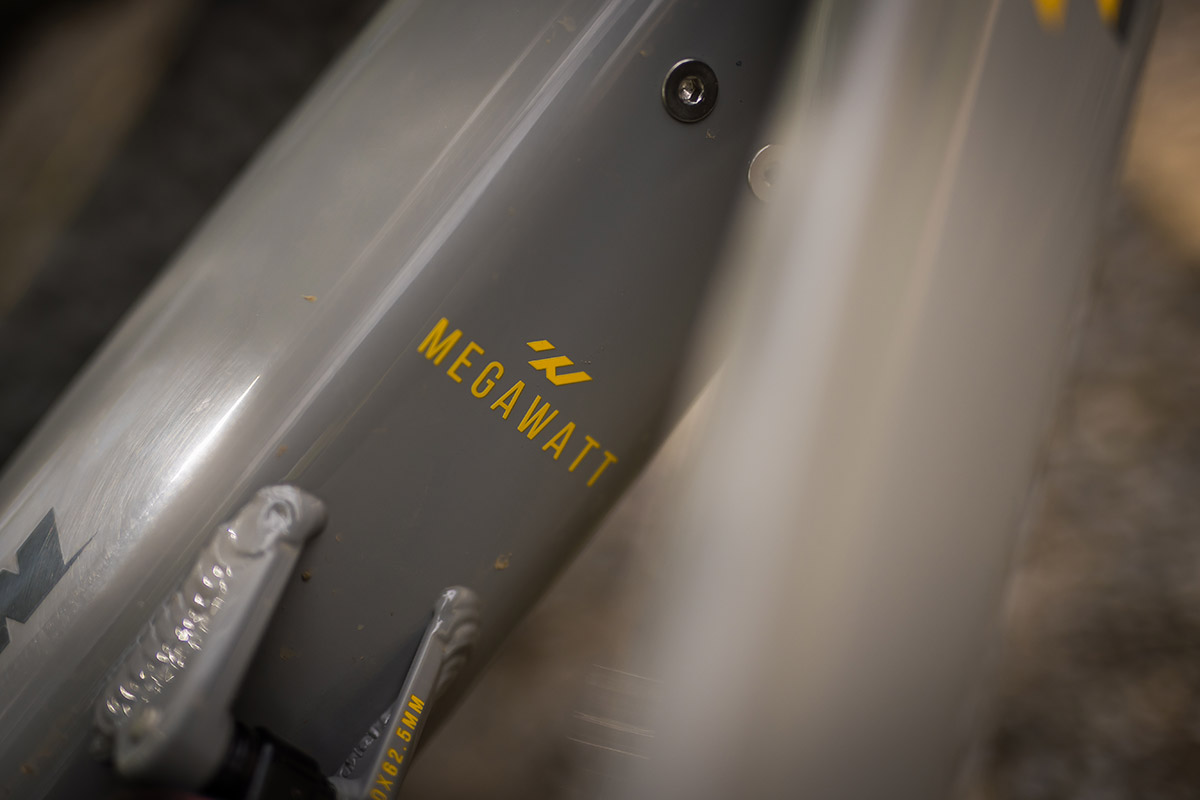 There are of course some key differences between the Mega and the MegaWatt, beyond the very exciting 85 Nm of torque it boasts. First up, it’s a mullet. Nukeproof say they went for the mixed wheel size so they could run shorter chainstays than a comparable complete 29er would require. While, of course, benefiting from a fast rolling 29″ front wheel. 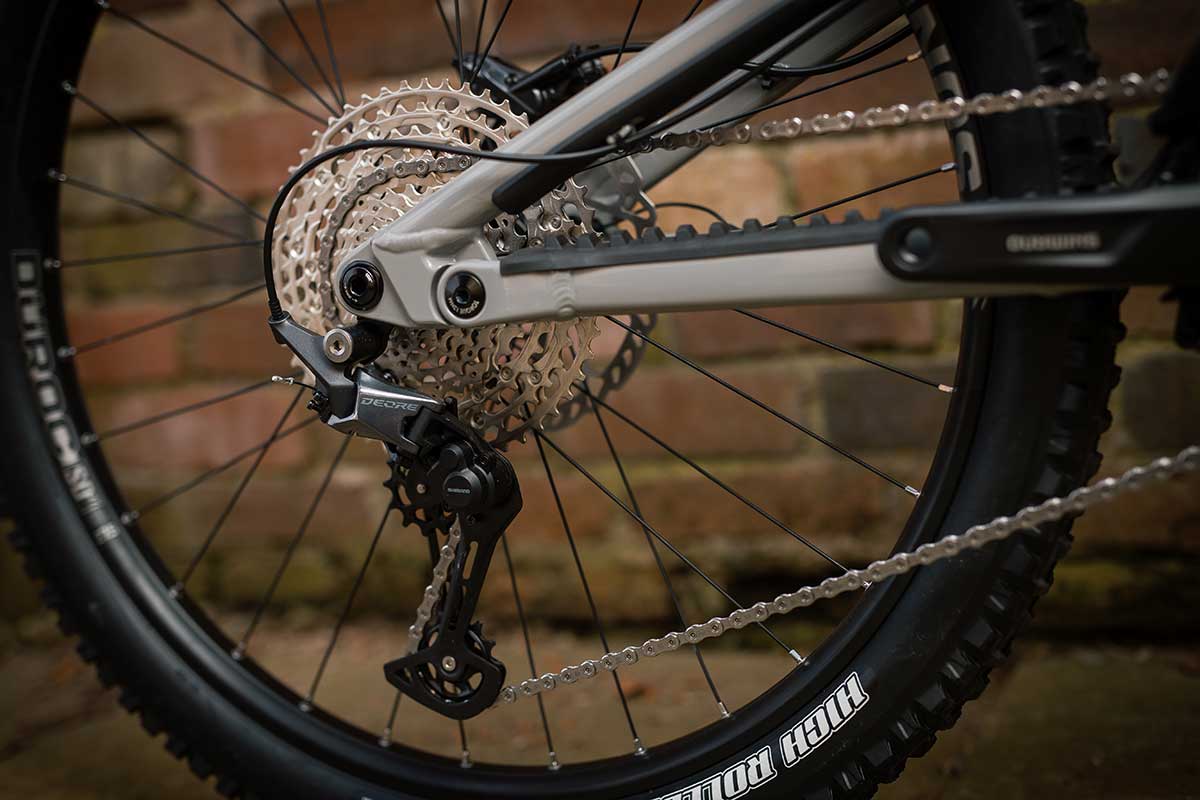 The MegaWatt runs a SRAM UDH for easy parts replacement

Those stays measure up at 442mm, consistent across the S-XXL frame size range. Reach figures match those seen on the Mega (475mm in large) with the head angle sitting at 64°. The seat tube angles sit fairly upright at 77.5° on the small and medium frames, steepening up slightly to 78° on the larger bikes. That subtle change ensures taller riders don’t feel as though they are too far back on the bike in the seated pedaling position. 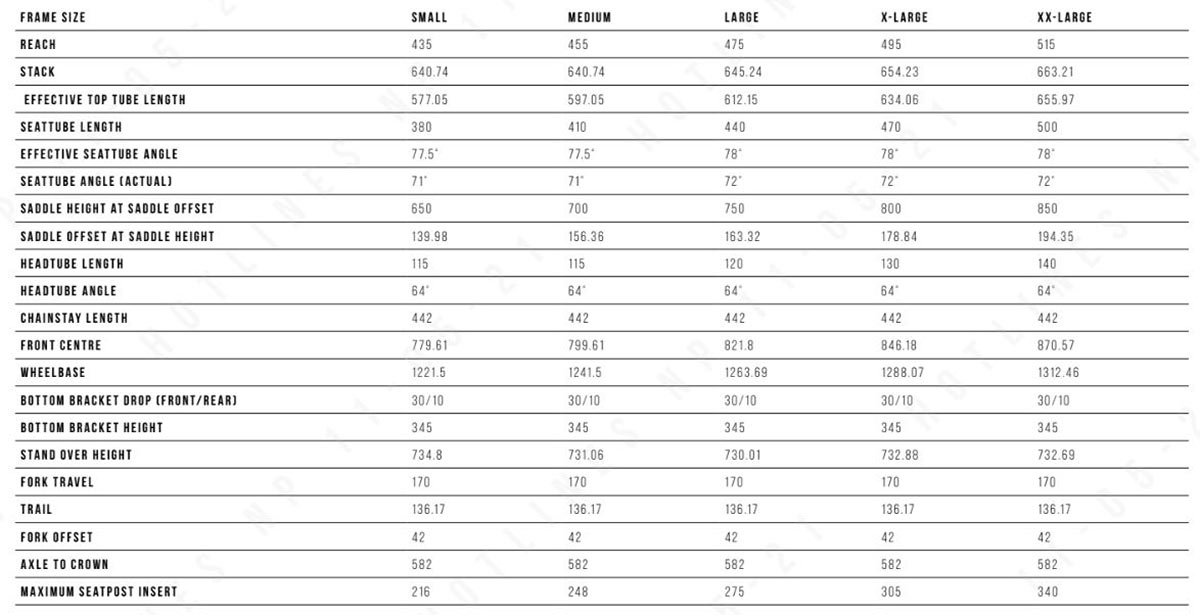 The MegaWatt uses much the same tubing as the Mega in the form of tripple butted hydroformed 6061 aluminum. Though there were early mock up drawings of a carbon version, Nukeproof are releasing the MegaWatt only in alloy, at least for now. 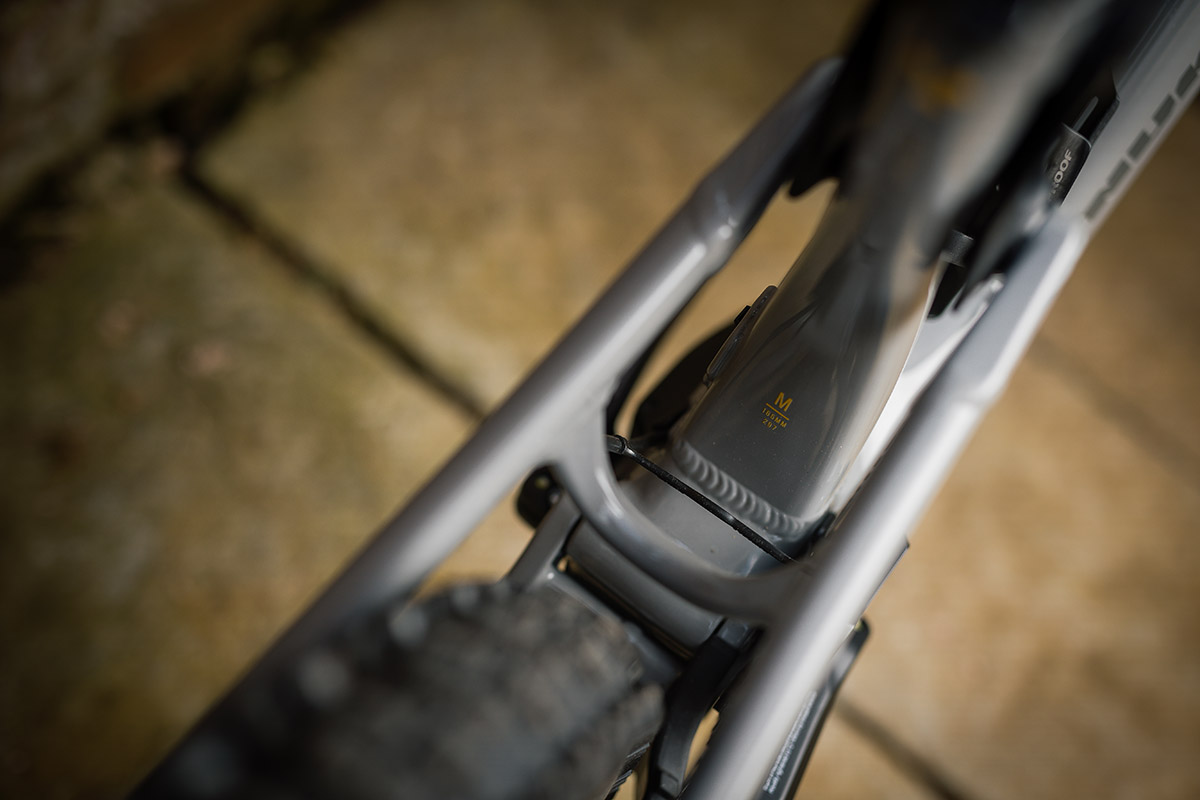 The boost rear end and 442mm chainstays give frame clearance for up to 2.6″ tires. 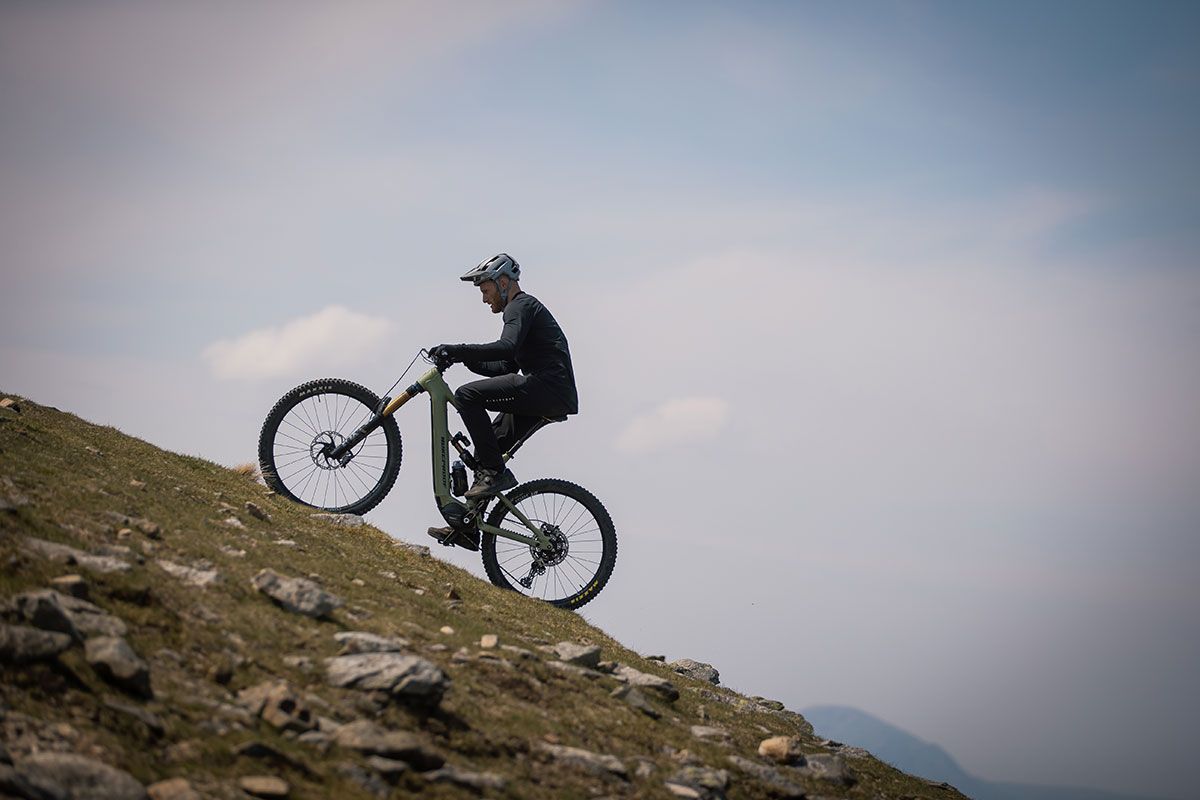 The Nukeproof MegaWatt’s 170mm of rear wheel travel is delivered through a linkage almost identical to that of the Mega V4. The leverage curve displays an average ratio of 2.6, measured from SAG, with 22% overall progression (slightly more than the 17% of the Mega V4). 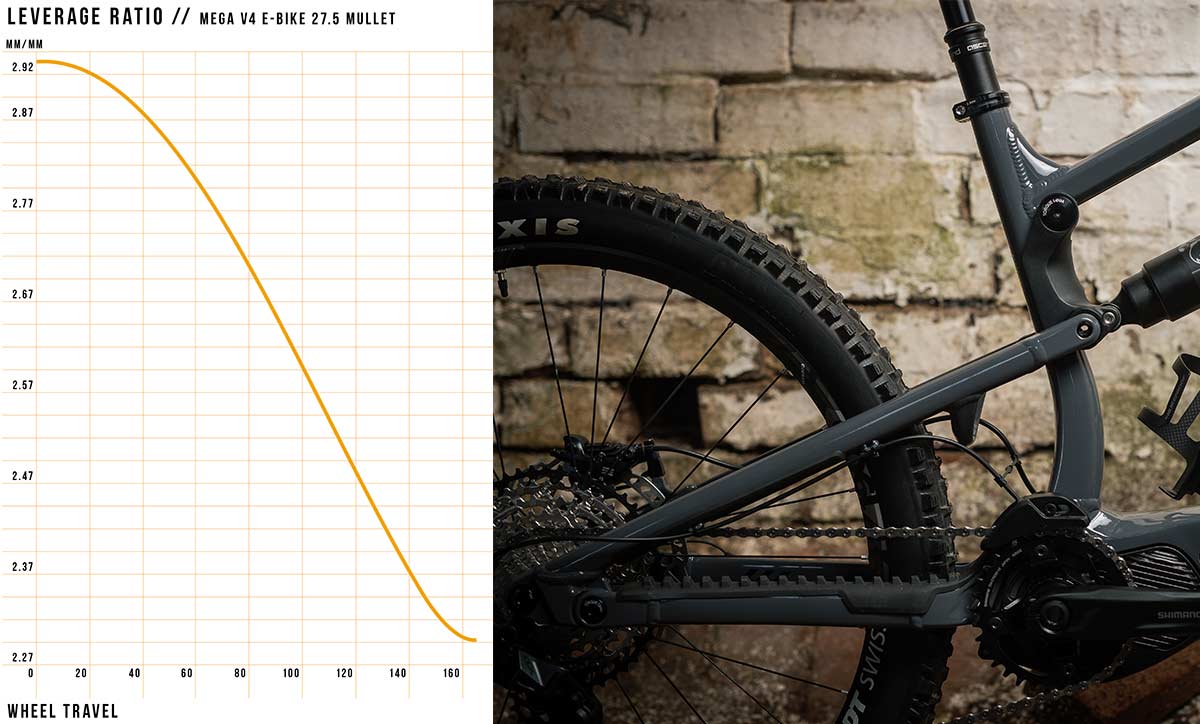 Nukeproof have tailored the anti-squat to be a fair bit lower than what you might expect to see on an enduro bike. It sits at 99% in the climbing gear, dropping significantly to 52% in the smallest cog on the cassette. This being a pedal-assisted bike, pedaling efficiency was much further down the pecking order than the suspension’s downhill performance. The low anti-squat in the big gears was necessary for good small bump compliance. 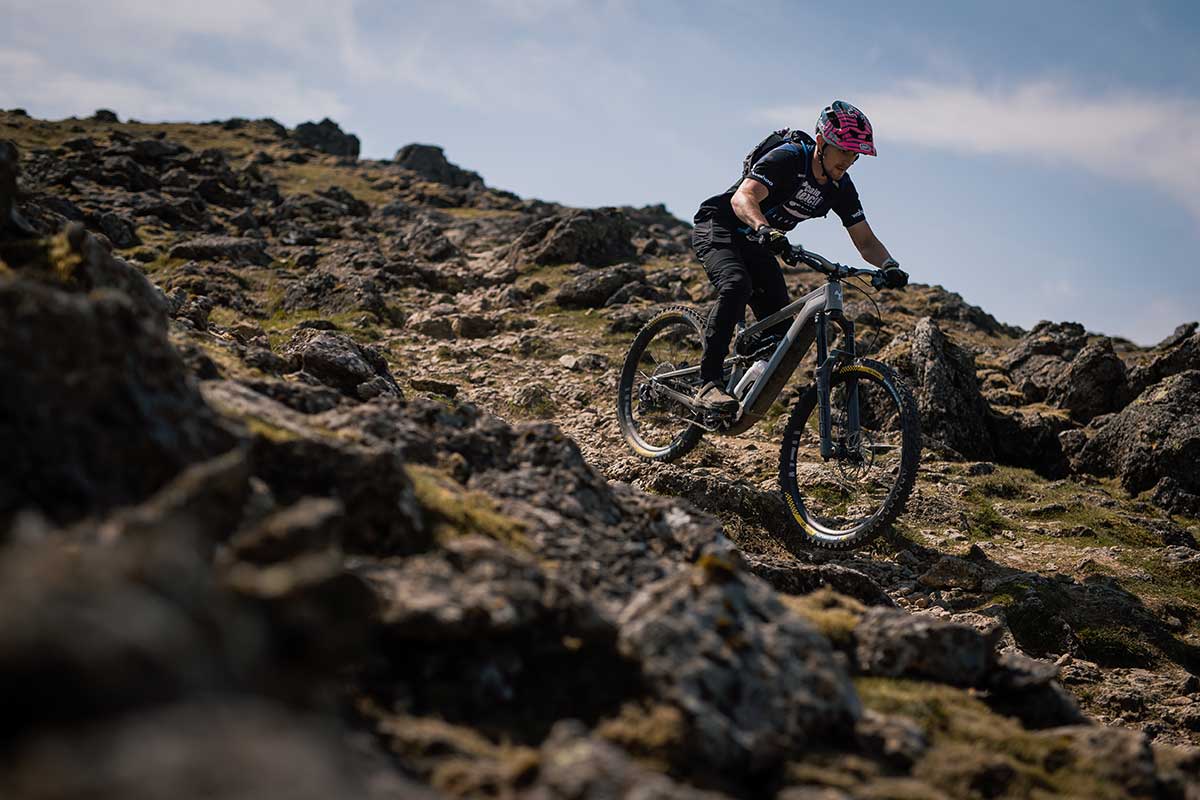 The MegaWatt can be run at 30%-35% sag, allowing riders to tune the suspension to their riding style 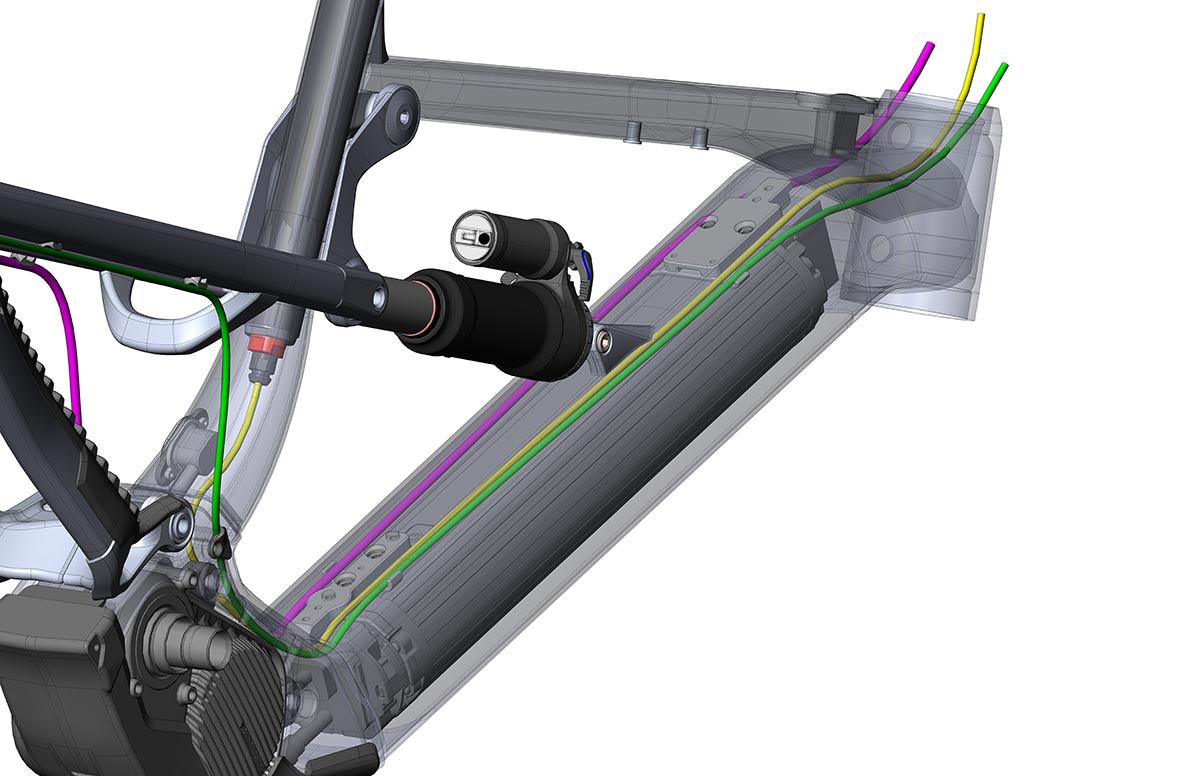 The Nukeproof MegaWatt runs internal cable routing throughout the front triangle for the dropper, brake and gear cable. They are partially guided internally by tabs that hold them in place, secured to the top of the downtube, out of the way of the battery. 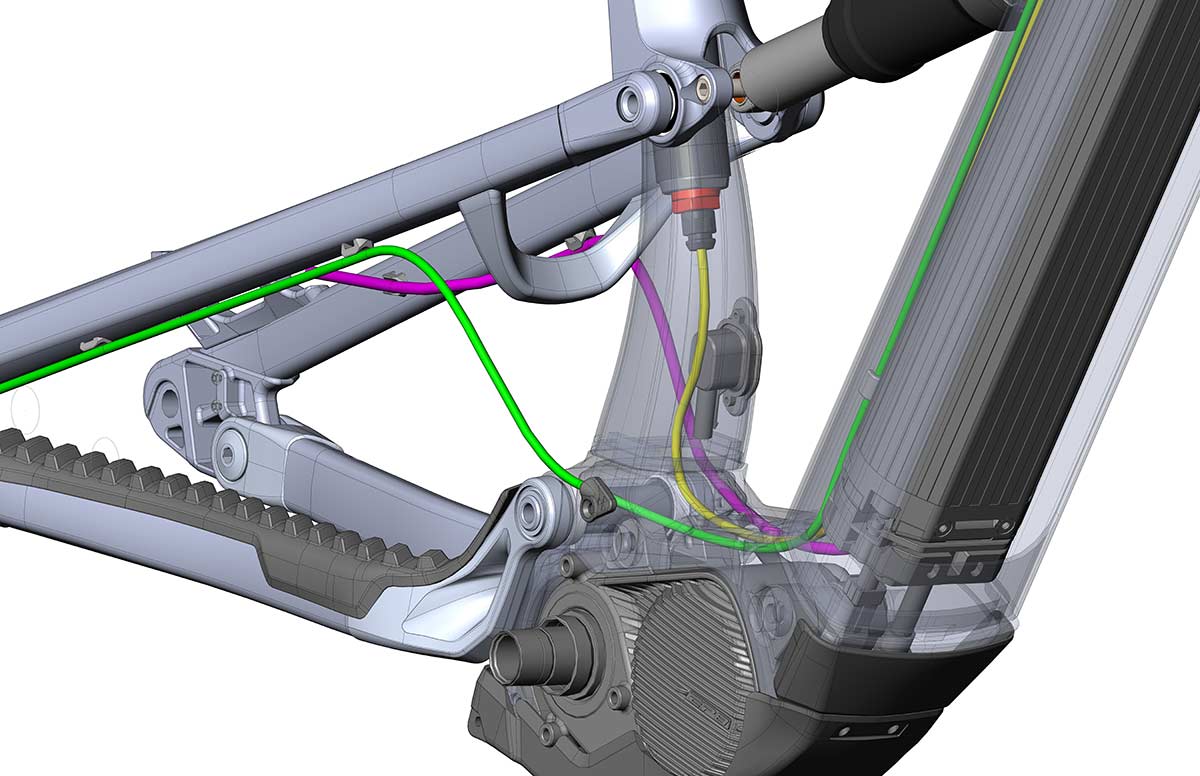 The battery is of course removable for charging and travel purposes, but it also provides easy access to cables, something your mechanic will be pleased about. The brake hose and gear cable exit the frame and are routed up the underside of the seatstays. The driveside stays get molded rubber protection from chain slap, helping to keep the bike quiet. 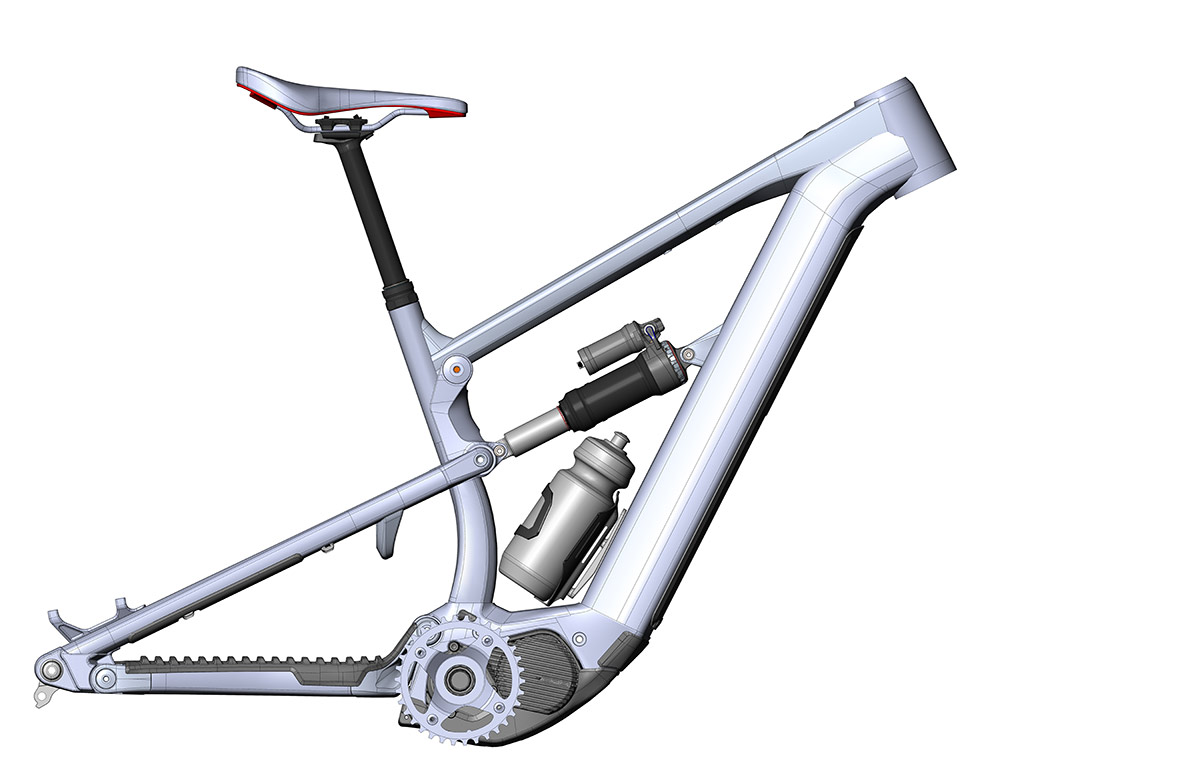 The MegaWatt gets a threaded BB, another welcome feature for your mechanic

The front triangle has space for a water bottle with capacity for 500ml when mounted directly to the bosses, increasing to 620ml with the adaptor mount supplied. 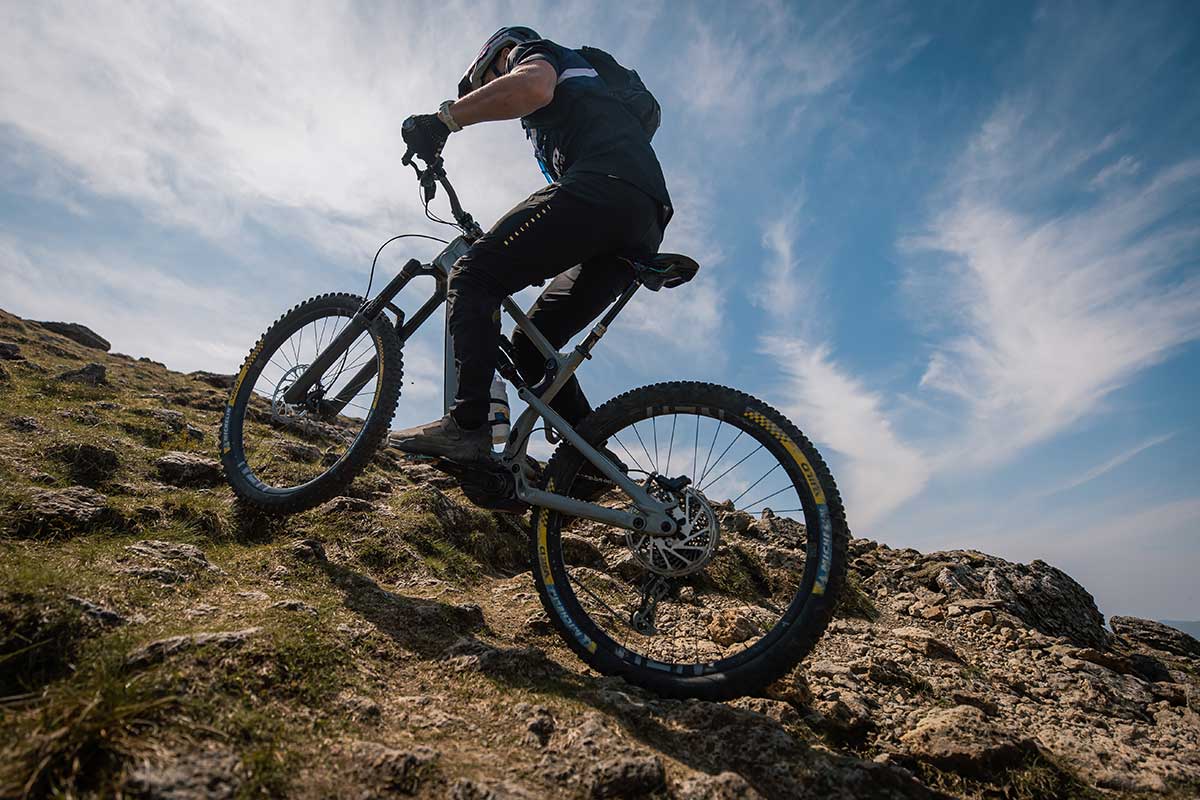 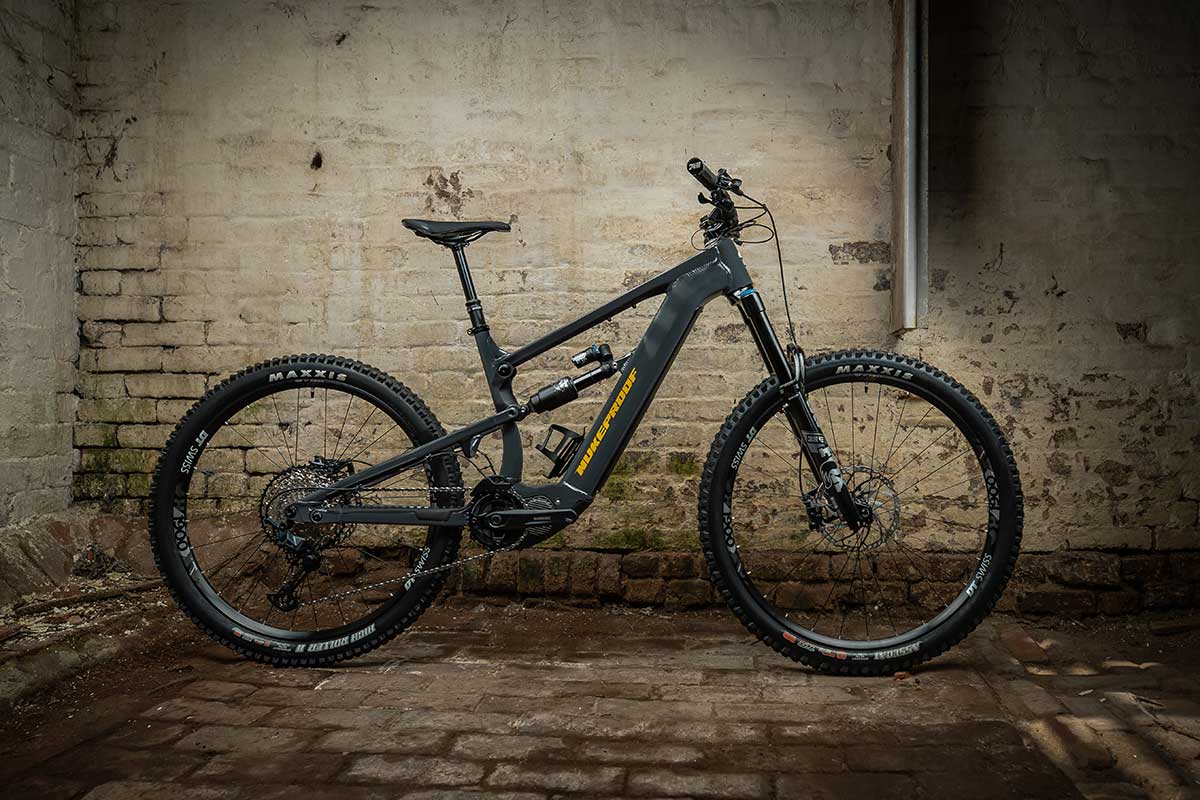 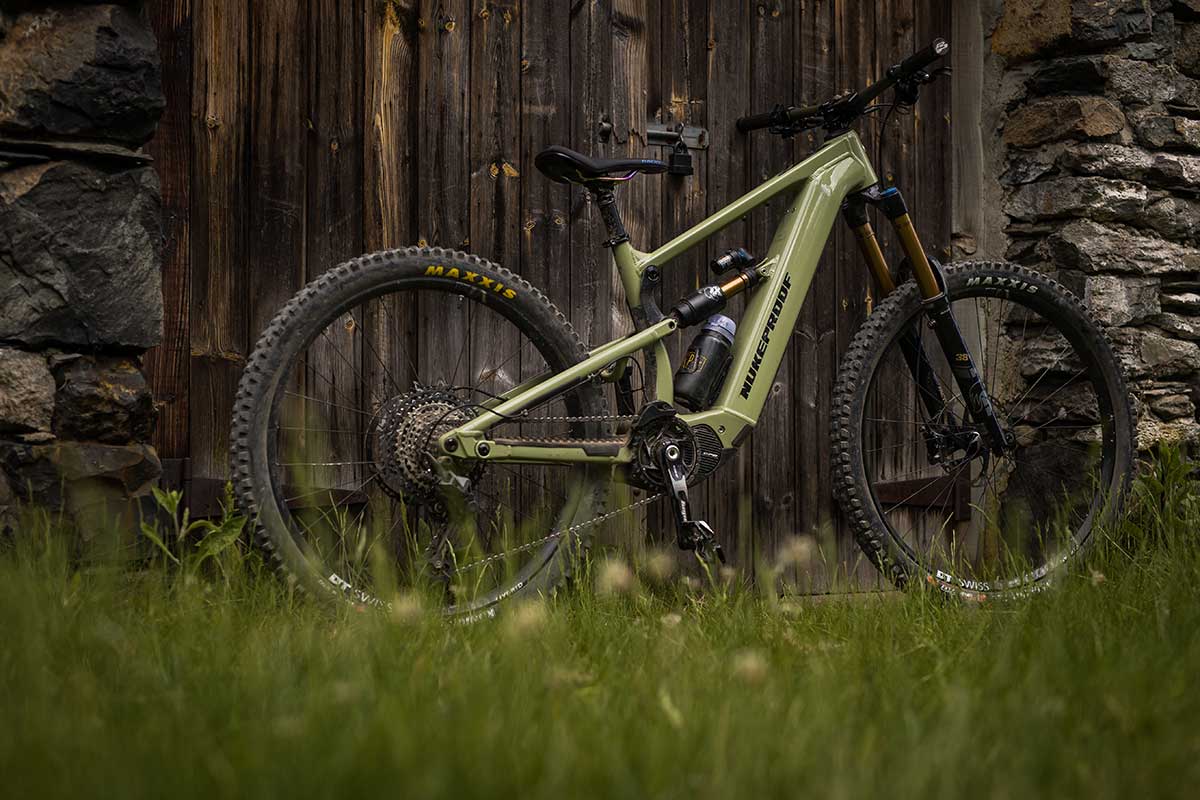 At the top of the range is the Nukeproof MegaWatt Factory model, with an asking price of $7,499.99 USD. It also gets the 630 Wh battery, with FOX Factory level suspension, Shimano XT 4-Pot brakes and XT 12-speed drivetrain. It rolls on a DT SWISS H 1700 SPLINE wheelset. This bike, as well as the Comp and Elite models, get double down casing tires from Maxxis, befitting to the demands of eMTB.

The Comp and Elite Models will be available from Nukeproof dealers from July 2nd, with Factory versions due from August 5th.

can’t wait to be passed by this, what’s the release date so I can start checking over my shoulder?

Nuke proof is so affordable compared to other similarly speced emtbs. Even the non electric giga is a great deal for what you get. Why are they so much less than Santa Cruz or Specialized?