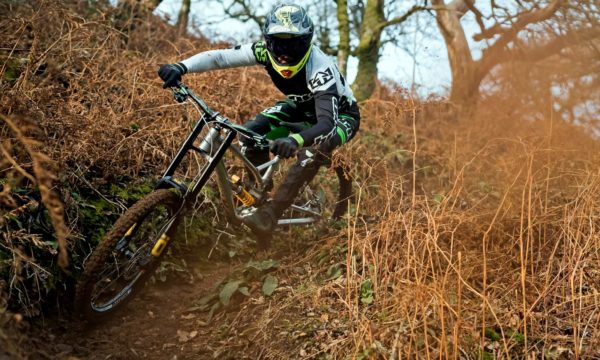 Nukeproof have just made official an upcoming update to their old Pulse DH bike with next season’s signing of British Downhill Champ Adam Brayton, aka GasToFlat. Still in prototype stage, this alloy test mule bike is being called “a new downhill platform” suggesting it could likely get a new name before being finalized next season. 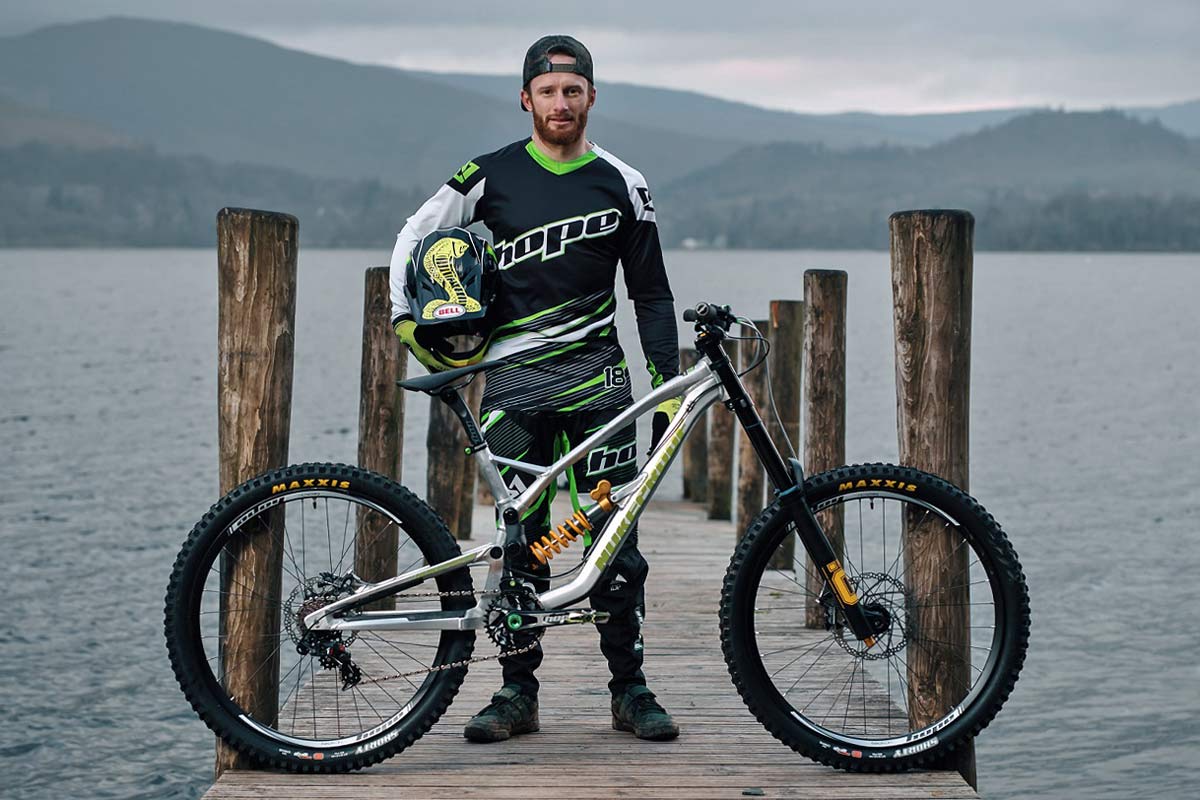 This prototype design has actually been sneaking around since the end of last summer, where Sam Hill rode one to the win at Crankworx Whistler’s Garbanzo DH race. What we know about this mule prototype is relatively limited, as Nukeproof says that Brayton will work closely with them next season racing World Cup DH to further develop the new downhill bike. 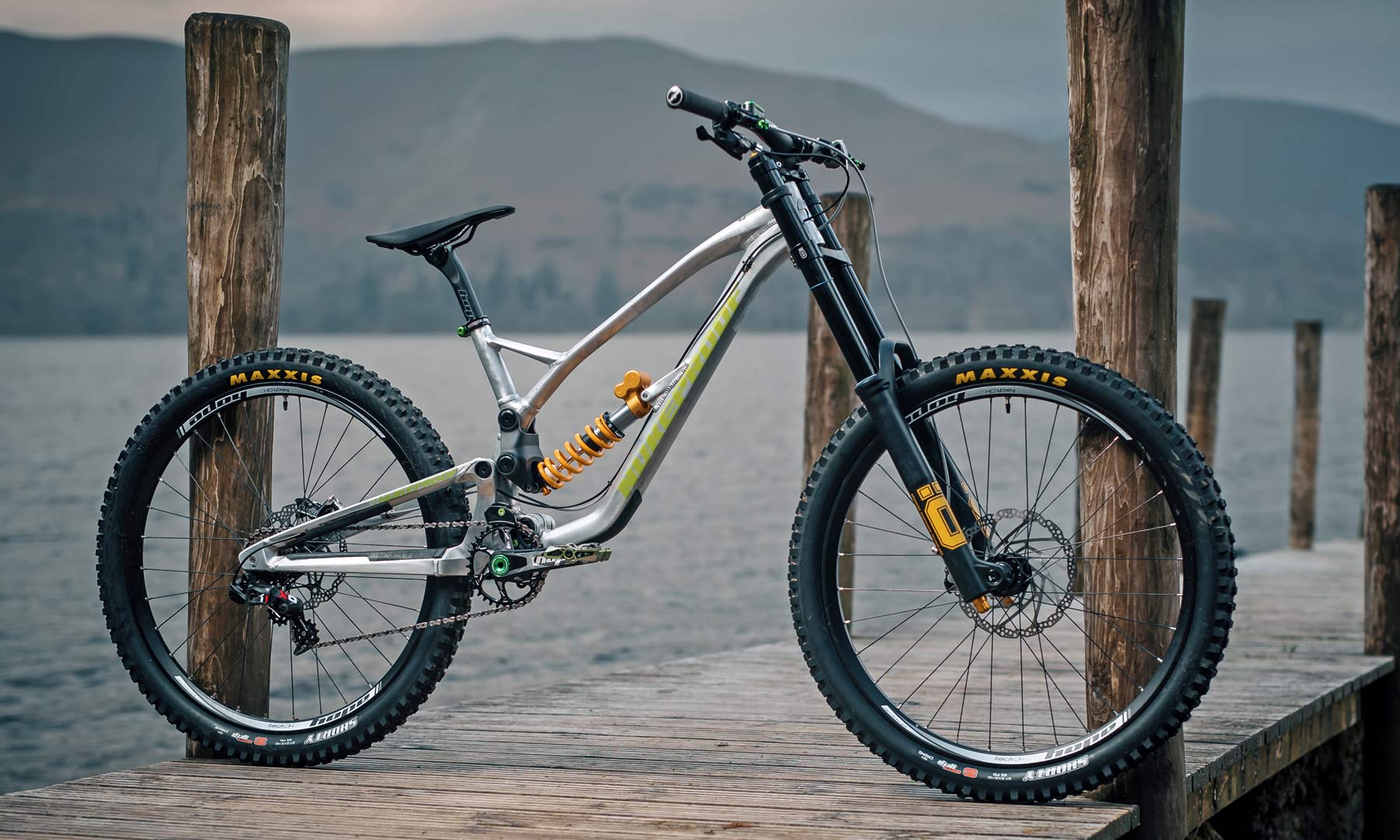 For now we can see that it does stick with 27.5″ wheels, and are told it has a pretty standard 200mm of rear wheel travel. The suspension uses a high single pivot, linkage-driven shock layout, much like the old Pulse, but now with the linkage outside of the seat tube. Overall ally tube shaping looks remarkably similar to the old Pulse, maybe suggesting that Nukeproof built up this prototype with as much carry-over tubing to get the bike out and tested as quickly as possible to dial in the suspension updates. 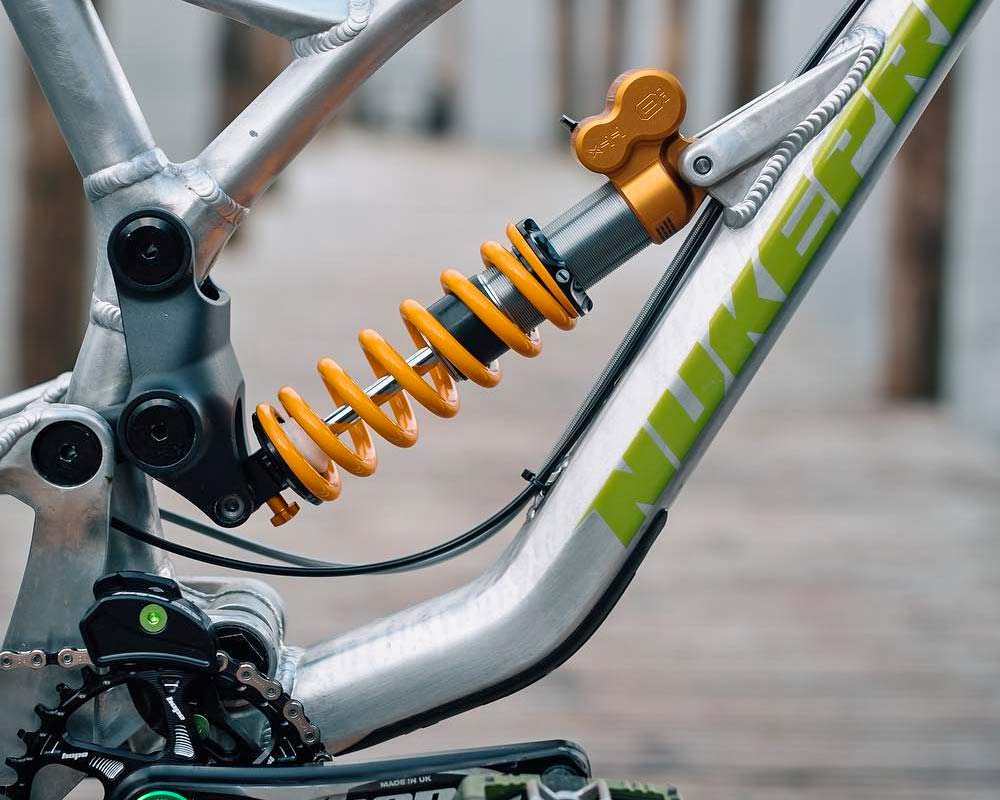 What is curious when looking closely at the suspension layout, is that the main pivot does not appear to be centered in the mount on the front triangle of the frame. That could be a result of the test mule nature of this prototype bike allowing Nukeproof to tweak the geometry & shock curve of the bike during testing. 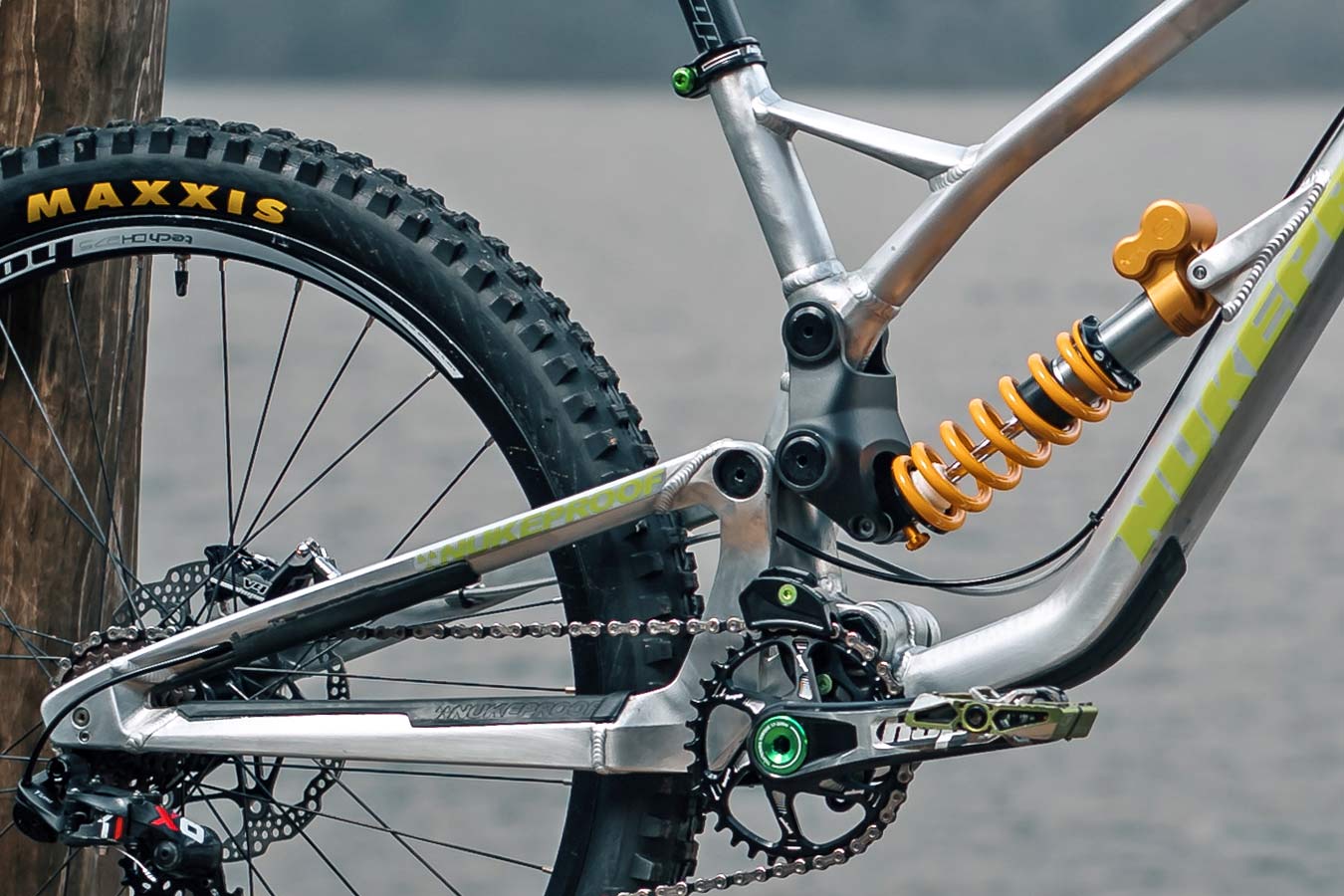 Or it could allow for multiple positions of the main pivot to say shorten or lengthen the chainstays to adapt to different race tracks? Or it could even alter positions enough to allow the same frame to run either 27.5 or 29″ wheels, or just change suspension progression? 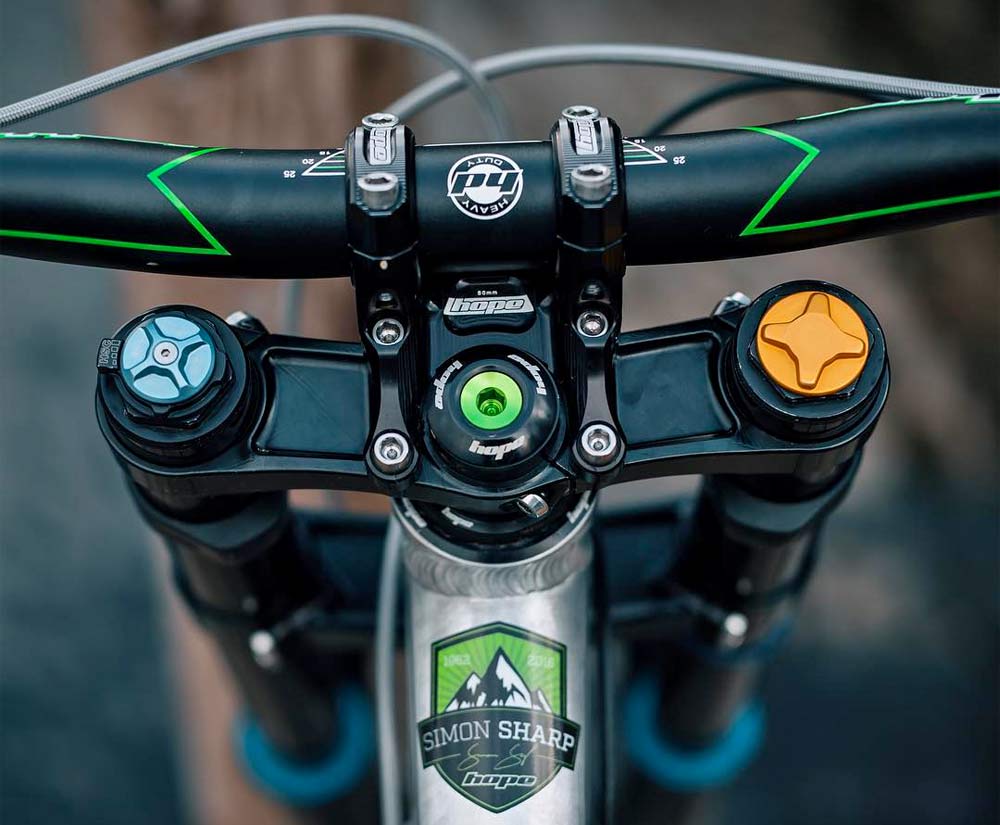 What we do know is that Brayton’s bike for the Factory Team gets kitted out with some trick Öhlins suspension and a whole heaping dose of beautiful Hope components. Now, it’s just time to get it dirty. 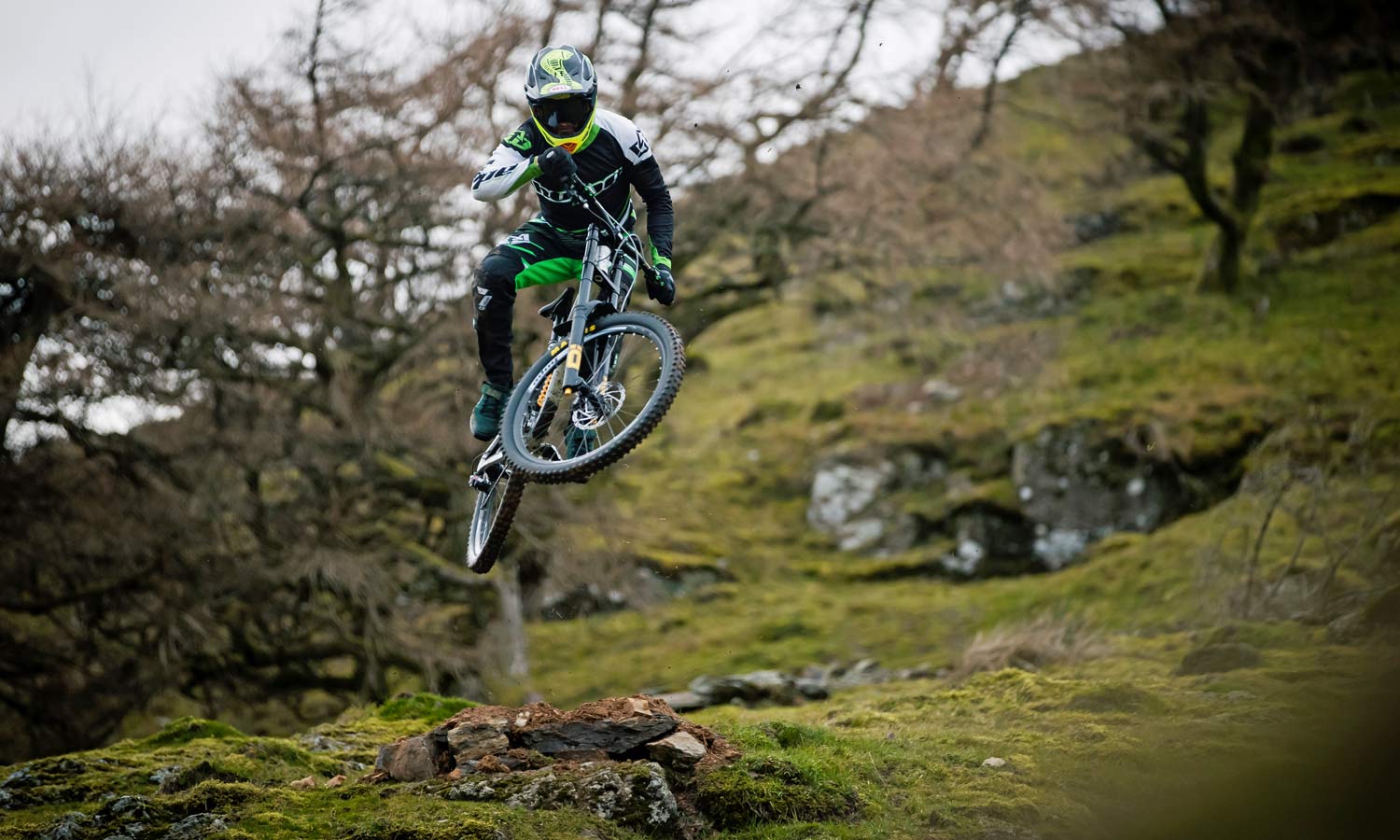