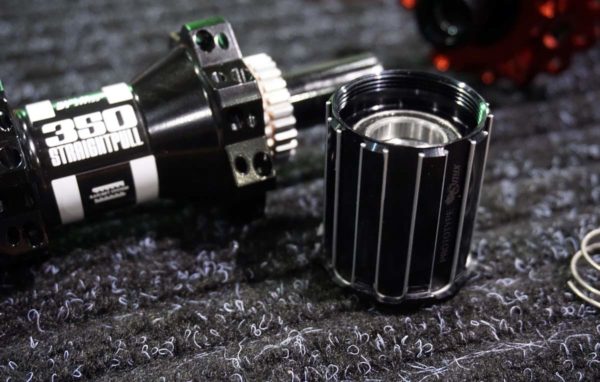 What sets Onyx Hubs apart is the instant engagement offered by their dual sprag clutch system, but that’s not the only place they put their attention this year. Given the ubiquity of DT Swiss hubs, they thought it would be a perfect candidate for their steel reinforced aluminum freehub design. Or, more accurately, make a more robust version that would fit into DT’s popular hub shells so you no longer need to worry about your cassette etching and jamming its way into the driver. 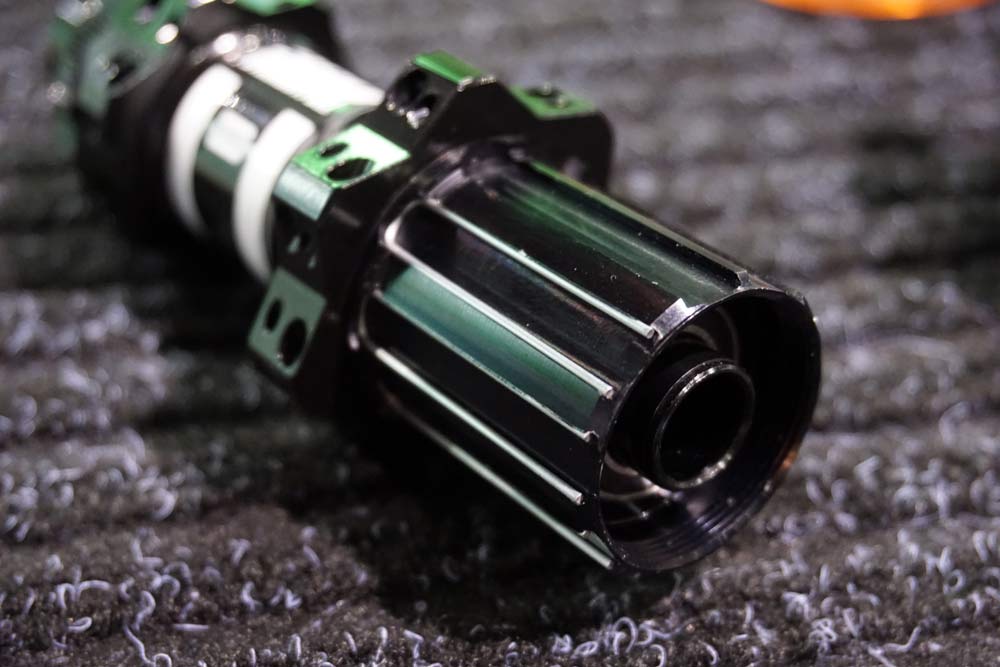 First shown at Sea Otter in 2016, the Onyx Freehub Body for DT Swiss hubs starts with an alloy shell, then carves space for steel inserts (which look like glorified paperclips…but, please, don’t try this at home kids). This puts a harder material on the facing edges so your steel cassette won’t bit into the softer aluminum shell. 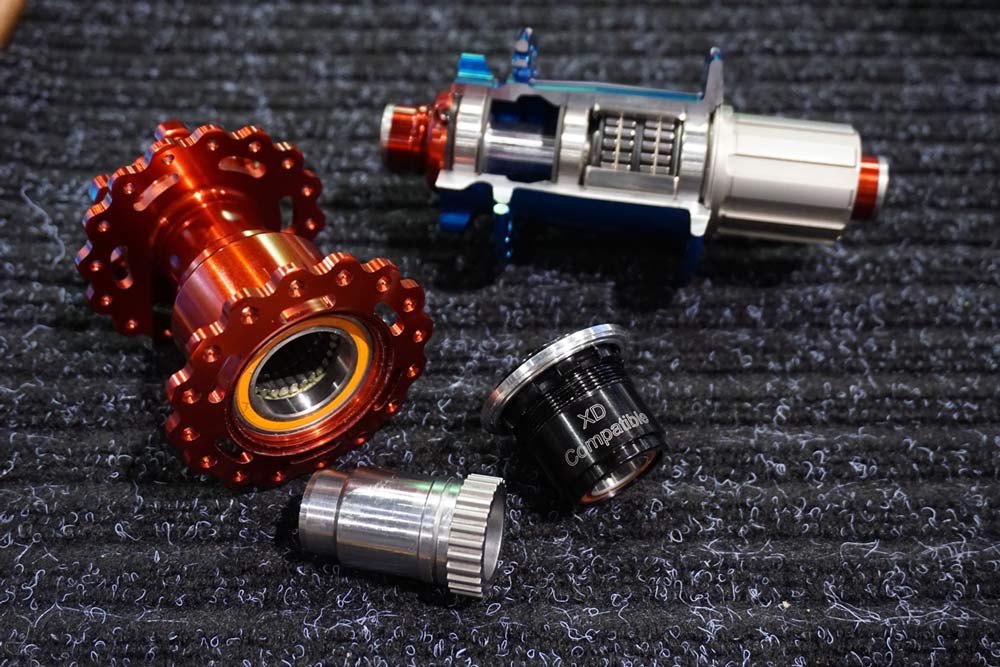 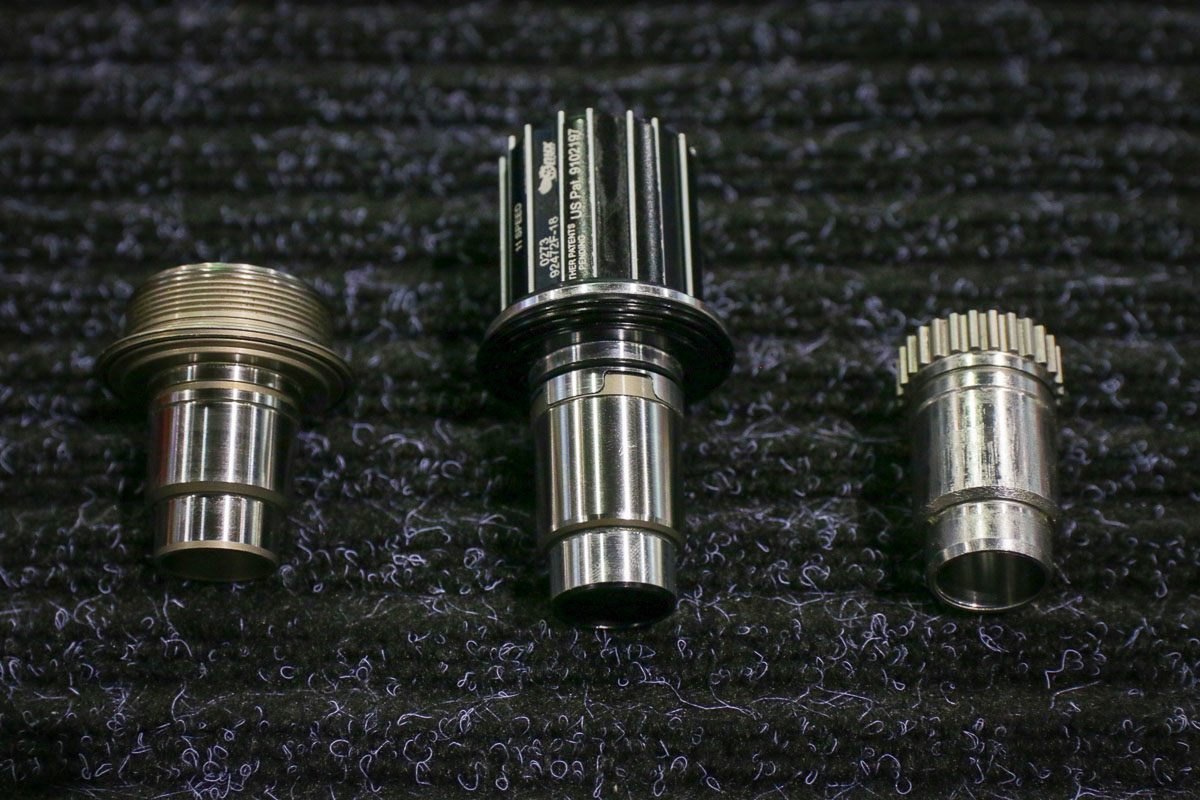 But designing a freehub that would work with DT Swiss hubs, was only part of the story. Onyx also wanted to be able to run those same freehubs on their own hubs – for two reasons. One, it would allow Onyx hubs to run any DT Swiss compatible freehub, like the new Shimano Micro Spline for XTR. Two, it would effectively make their hubs lighter.

We’ve seen a gradual shift to lighter drivers over the years from Onyx, and the most recent addition was a one piece driver with an aluminum freehub and a steel body for the sprag clutches to grab onto. This still isn’t the lightest set up, and it requires you to change the entire driver when switching freehubs, which exposes the sprag clutch to dirt and debris. 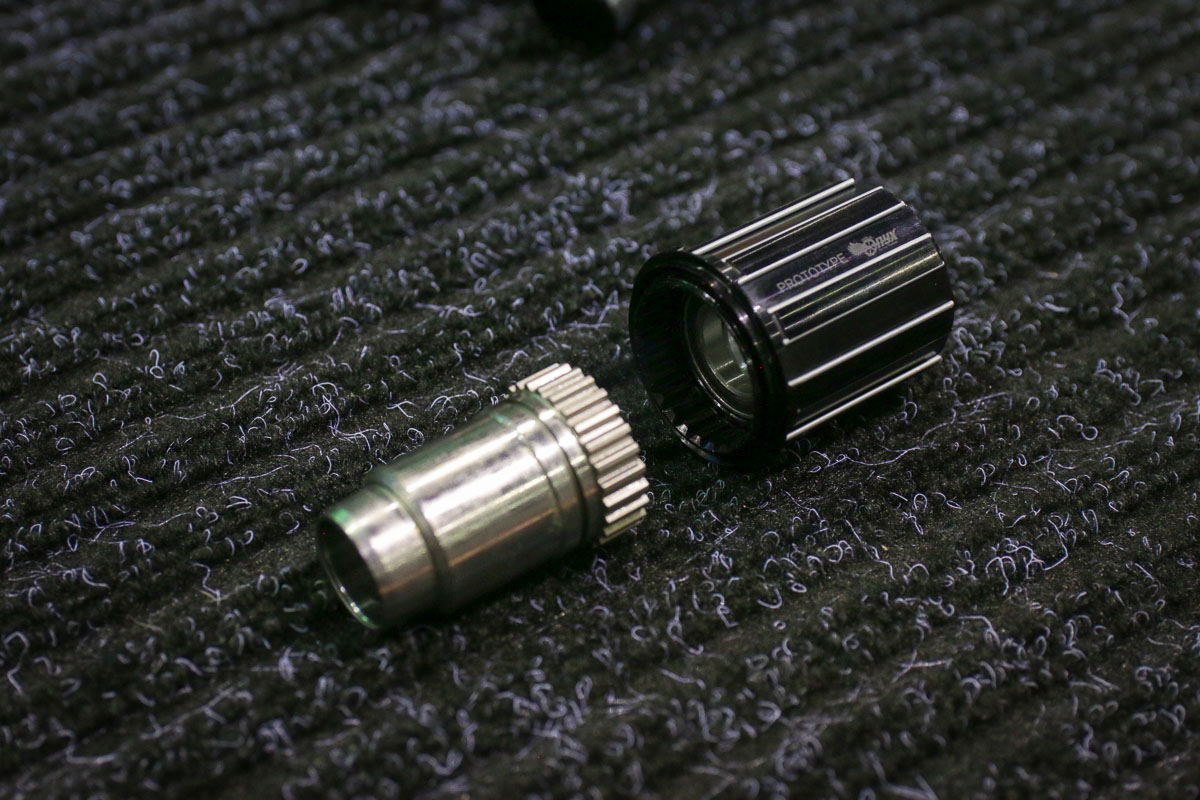 The new version uses a fixed star ratchet which is machined into the steel body for the sprag clutch. That allows this piece to remain in place, and to swap freehubs you simply pull the freehub body off the star “ratchet” once you have removed the axle end cap. The whole set is lighter, easier to service, and should effectively work with every DT Swiss freehub body from here on out. 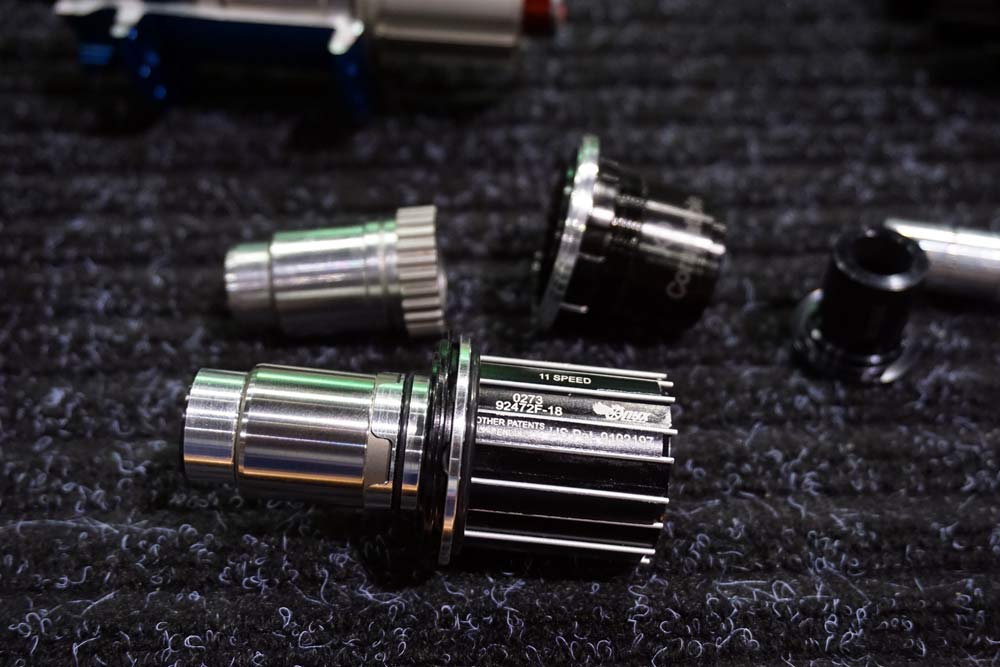 Since Onyx freehubs have traditionally had the labyrinth seal machined into the freehub body itself, DT Swiss freehubs will require an additional seal that slips over the freehub. 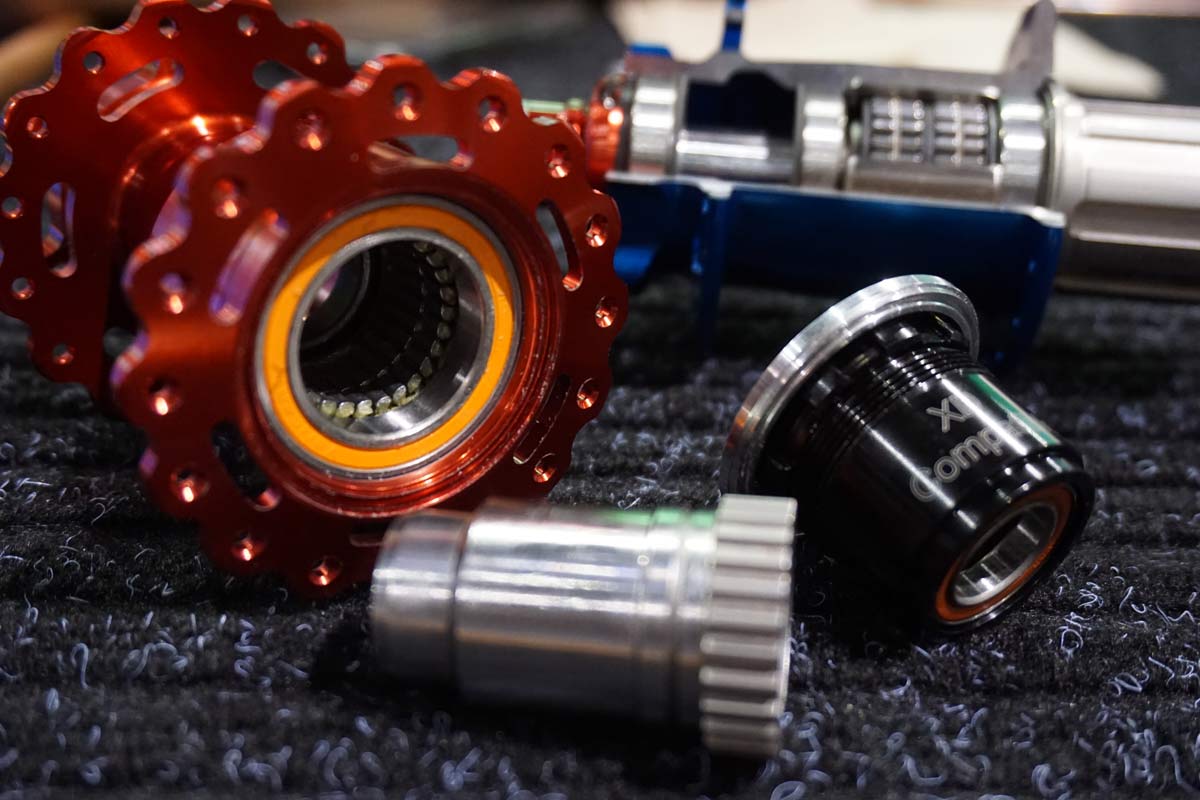 There’s still a full length inner axle running all the way through the hub, with large diameter bearings supporting it, so you needn’t worry about this new design introducing flex points. It’s backward compatible, so if you want to switch your Onyx hub to a Shimano XTR cassette, now you can.

This is a very long way of explaining that they wanted to circumvent shimanos restriction to dt Swiss only for their new microspline!

@mike where did you read that?

Mike probably read between the lines that said how onyx already makes an xd hub option for years now and how DT is the only aftermarket freehub with microspline compatibility.

What a great and smart business move!

But where is the new lighter weight, less expensive Onyx silent hub that they showed at Sea Otter? When is that going to get into production?

That’s really interesting news!
What*s the weight of the Anti-Notch freehub for DT Swiss hubs?
When will it be available?