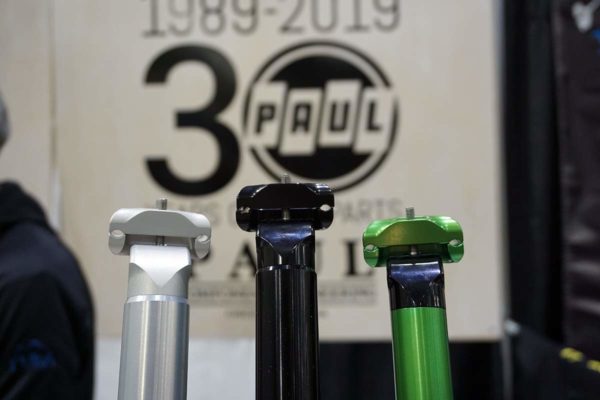 Paul Component is celebrating 30 years in business, and since green is the traditional 30th anniversary color, that’s what they’ve introduced for all the usual parts. Which is tough, because green is a notoriously hard color to keep consistent from part to part and batch to batch. But “hard” isn’t something that’s ever stopped Paul, and the Klamper is a good example of that. We interviewed him for an upcoming episode of the Bikerumor Podcast, so subscribe to that if you haven’t already. Until then, we have more news from the brand…

…like bigger seatpost diameters. Now, you can finally get Paul Component seatposts in all three common diameters: 27.2, 30.9 and 31.6. 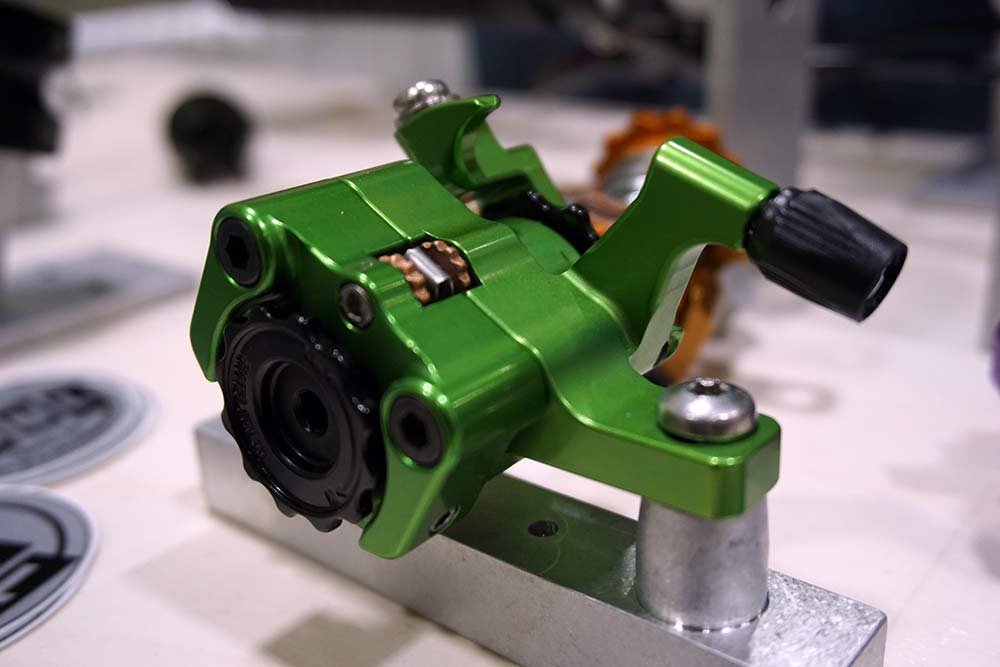 Grab a green Klamper brake caliper and any other part you want soon, this color won’t last long. 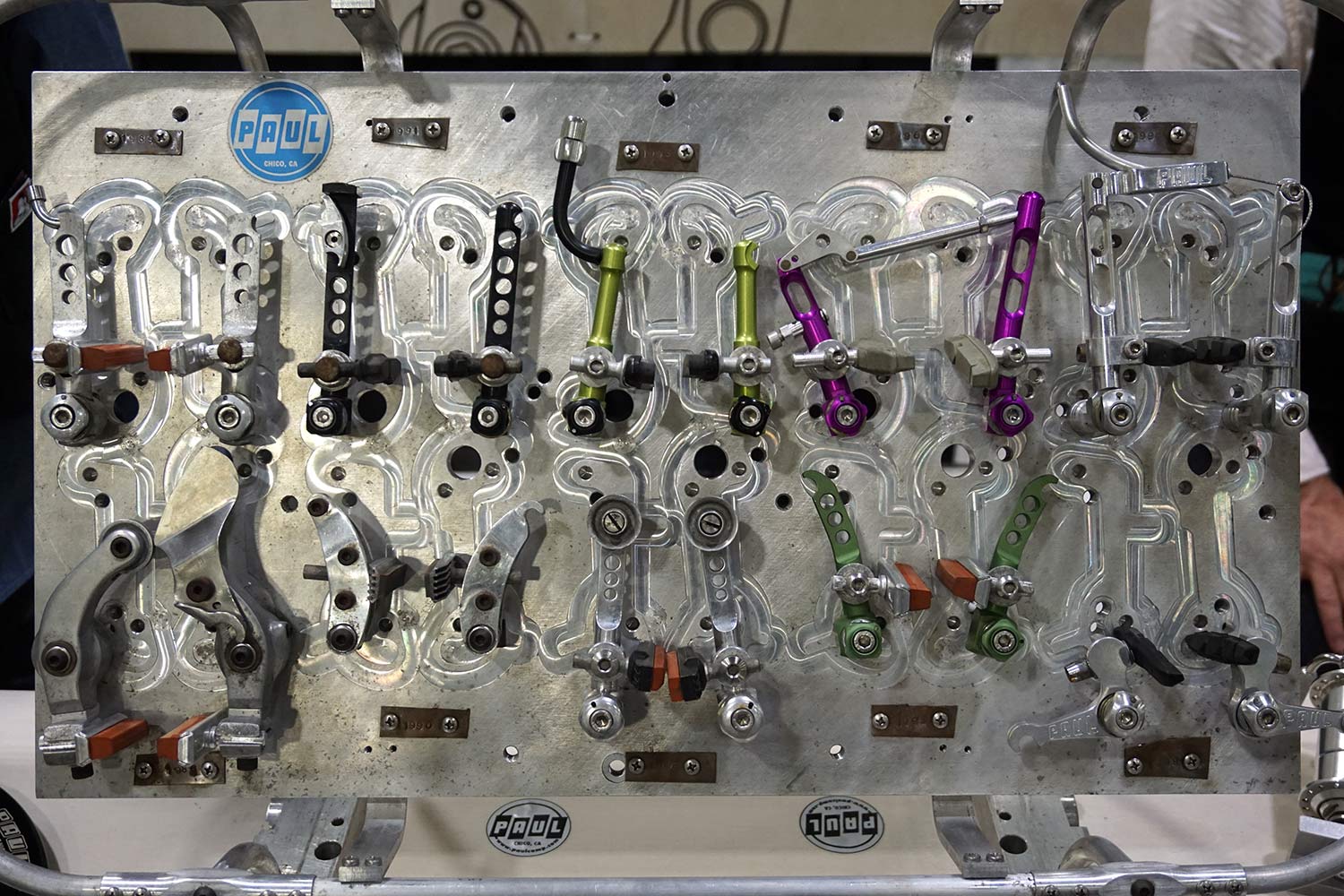 Paul’s booth showcased a massive library of parts they’ve made over the years. The brakes alone deserve their own library, as they’ve made just about every type of direct-pull rim brake you can imagine. 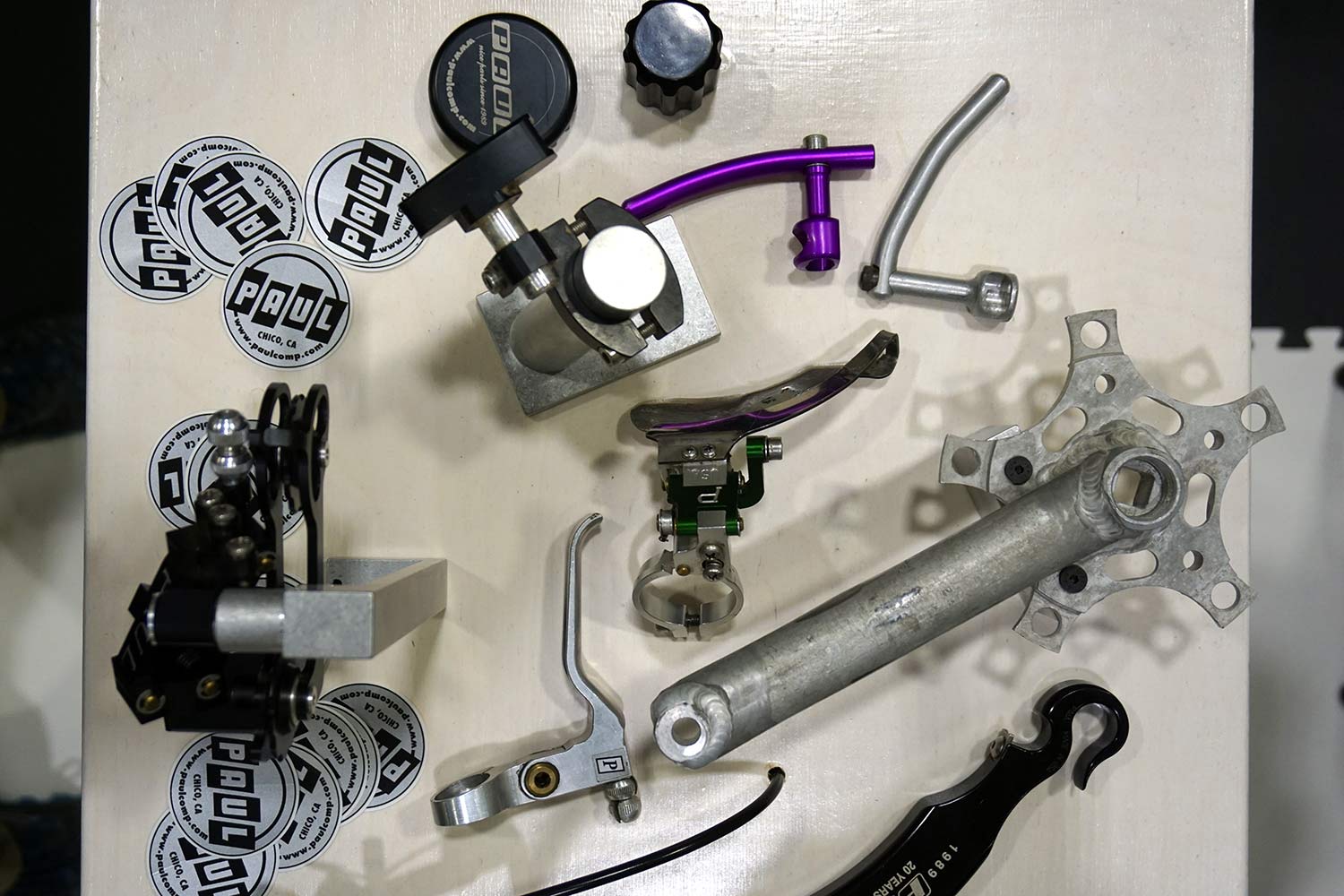 They’ve also had a few failed experiments, or, at least products with much shorter lifespans. Paul Component cranks? Or how about brake lever extensions so you can reach them while you’re on the bar ends? 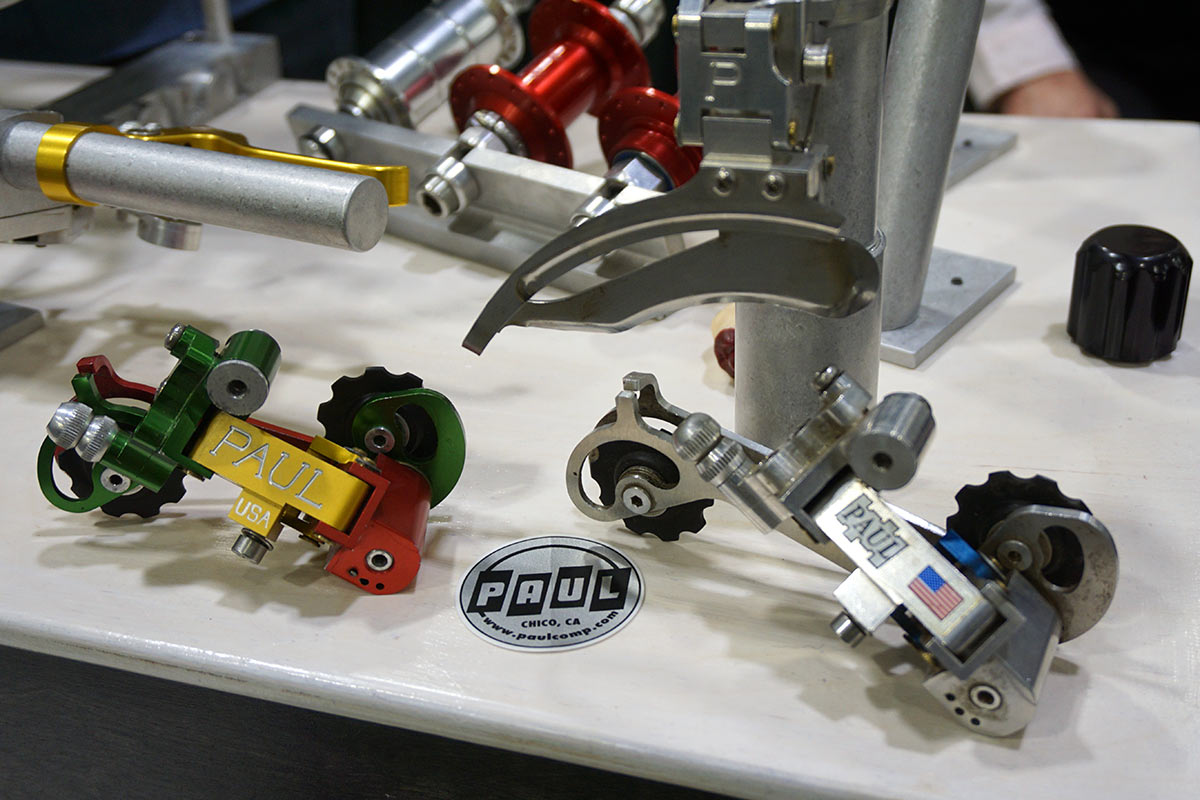 One of the products that really put them on the map was their rear derailleur. It didn’t stay in the catalog for long, but it gave them a lot of street (trail?) cred. 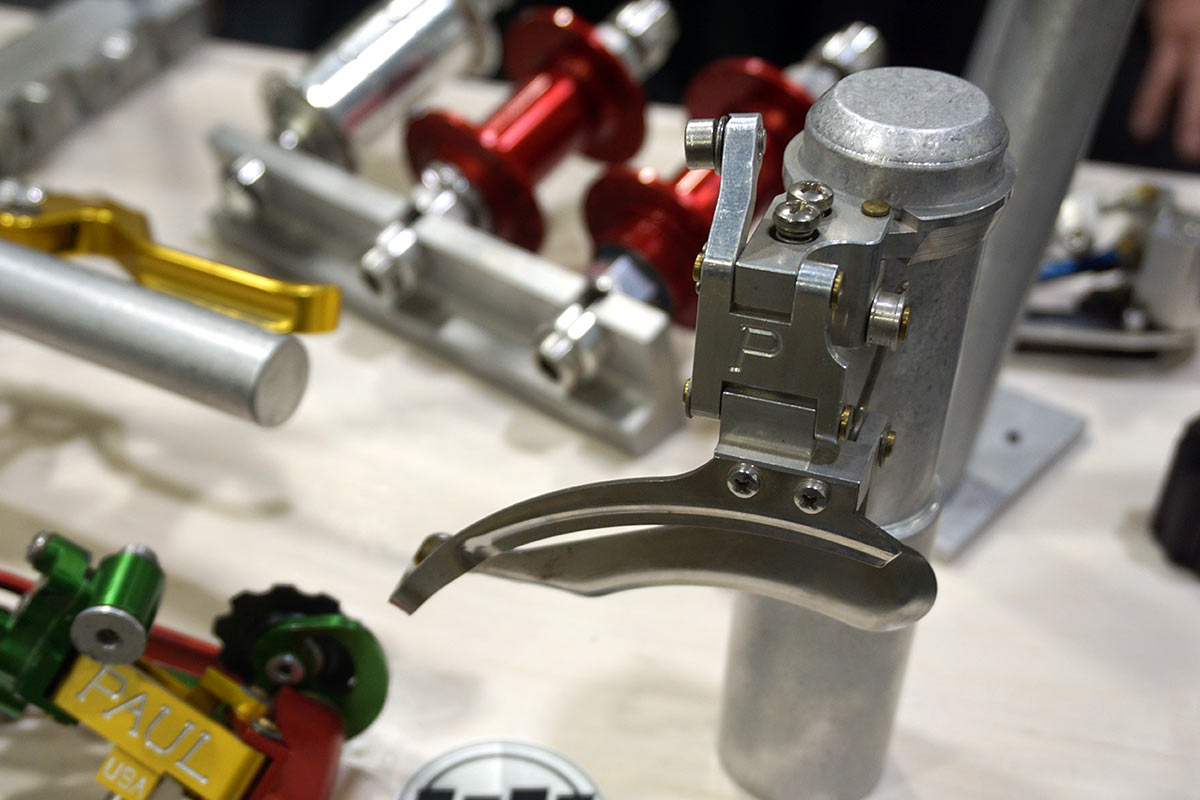 The front derailleur came a couple years later and was not as much of a success, but it showed what they were capable of. Congrats, Paul!

Want to hear more of the story of Paul’s first 30 years? Check out our podcast interview with him, recorded live from NAHBS!

A lot of those green parts are already gone. There are none of those beautiful green Klampers left, for example.

I had those brake lever extensions. They were called Chim Chims, a name now repurposed. They actually worked pretty well. What I was doing on the bar ends while braking, I don’t remember.

Do they sell a lot of components? Who they sell to? Living in Europe/Scandinavia I have never seen any Paul products on an actual bike. They must sell to someone since they have been in business for 30 years. Just seriously wondering who buys all of this?

By all means, they look like high quality components, but maybe a bit old fashioned?

K-Pop is dangerous to your health
Reply to  EcoRacer

There are many high quality European brands that don’t make it to all parts of the world and may seem antiquated to some. “…who buys all of this?”. Clearly there’s a customer base no matter how esoteric it seems.. To each his own I guess.