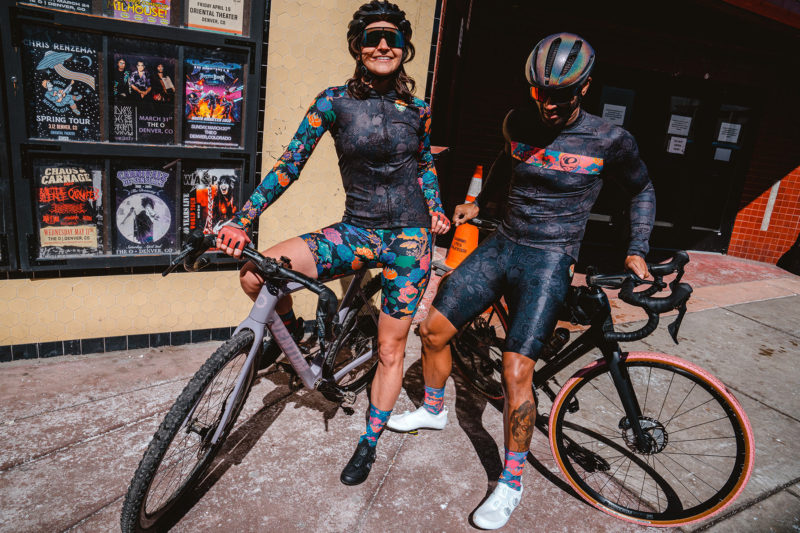 Calling all Deadhead MAMILs (& MAWIL) out there, Pearl Izumi is back with an all-new Grateful Dead Rambler collection, celebrating the Dead with 50th-anniversary artwork inspired by their 1972 European Tour.  It seems that after their recent offloading from Shimano to new ownership under United Sports, PEARL iZUMi may not be dead, but they’re still down with the Dead! 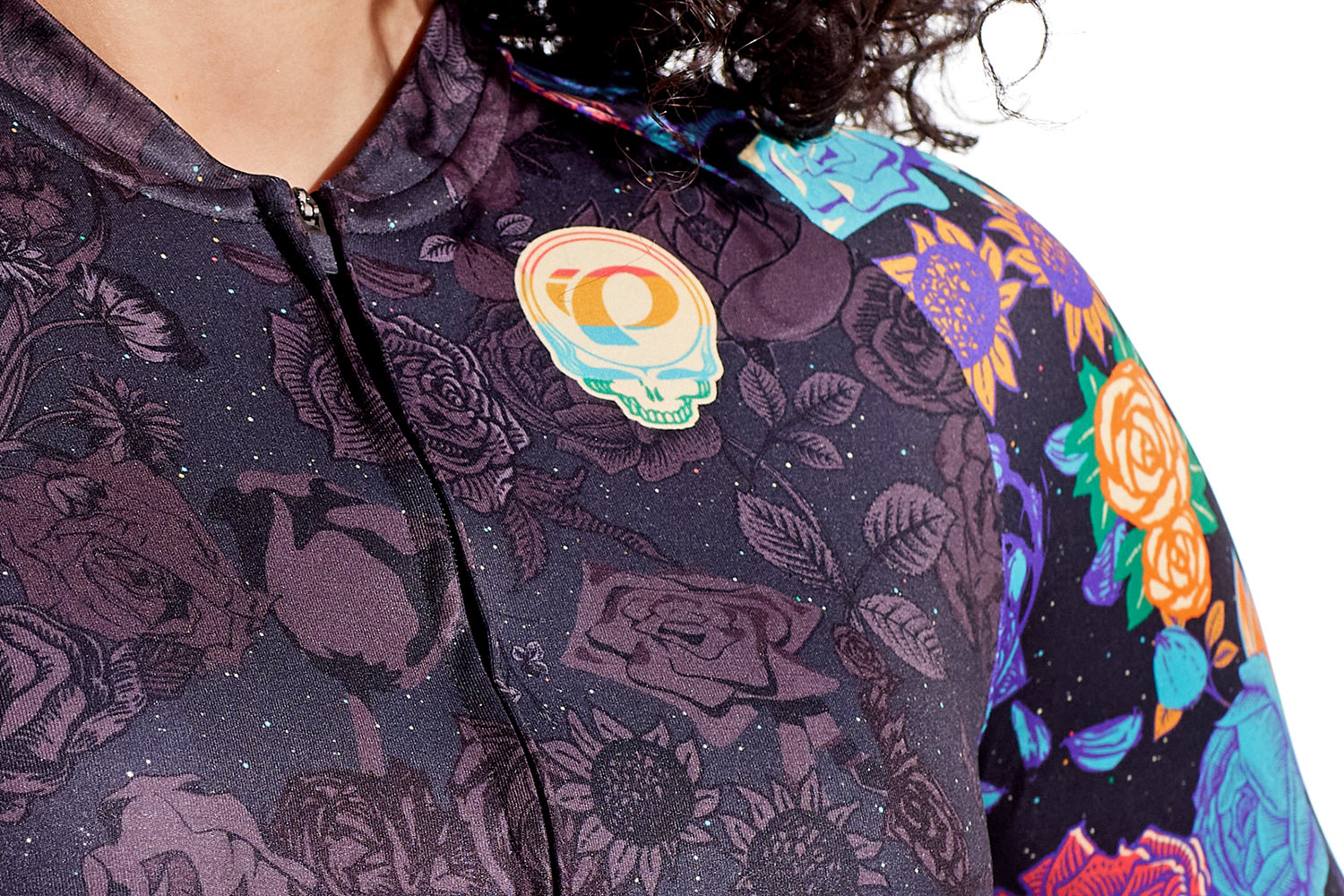 It hits pretty hard to think that 1972 European Tour was 50 years ago now, but let the middle-aged cyclists among us embrace the passage of time with the new Pearl Izumi Grateful Dead Rambler collection. And with a reinterpreted look that is pleasantly low-key for something this trippy… the Rambler kit could see a second life with kids of the original Deadheads this time around. But again, it’s a limited edition so act fast, before He’s Gone. 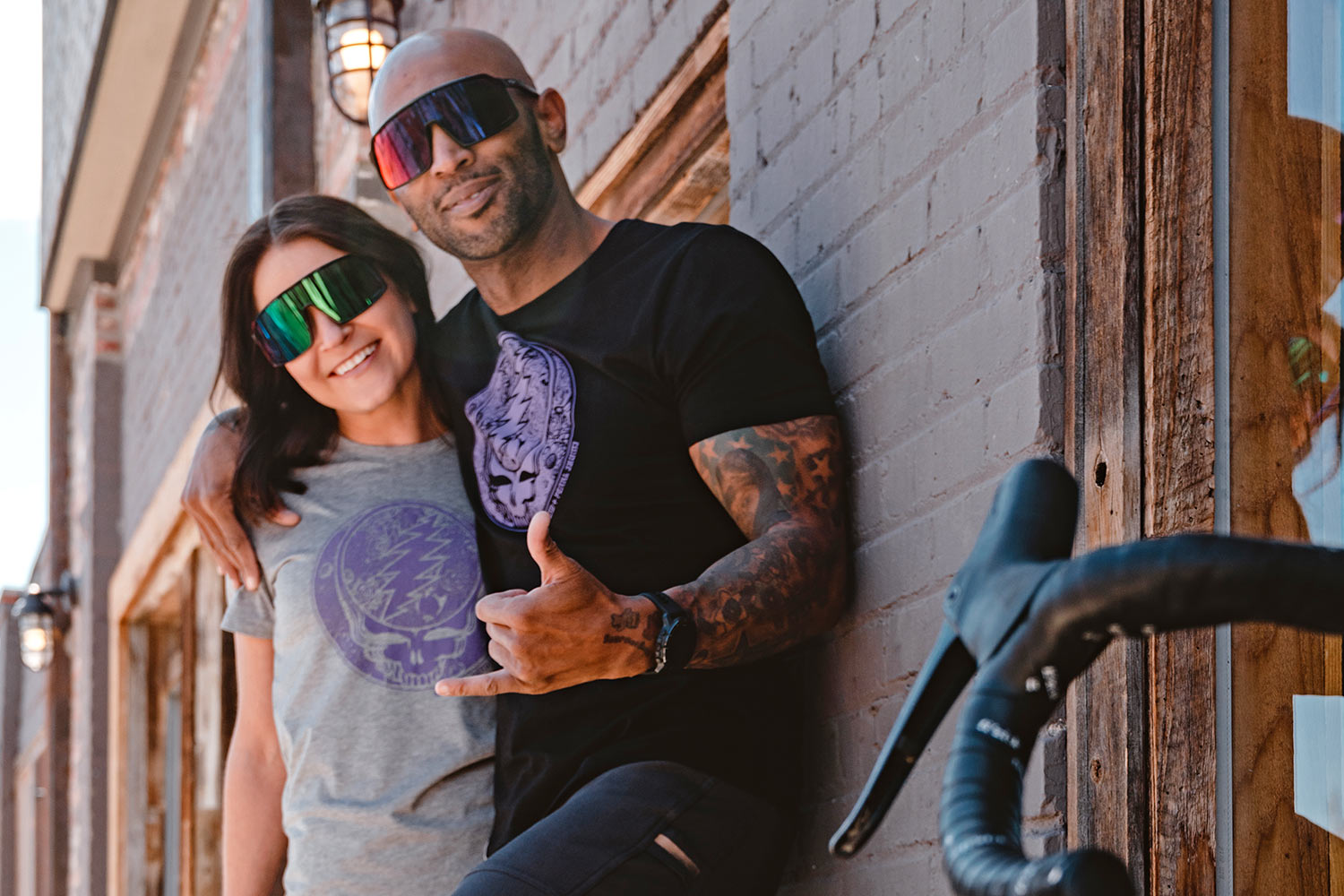 Pearl Izumi ran their first Grateful Dead collection late last year with more of a subdued skeletons & tie-dye look. Now, the Rambler collection pops a lot more color with flowers inspired by posters & artwork from the Dead’s 1972 show at Wembley that led out their European Tour that spring, all designed by Pearl’s own, just-old-enough-to-have-been a young Deadhead Lucas Marshall in collaboration with the legacy of the Dead. 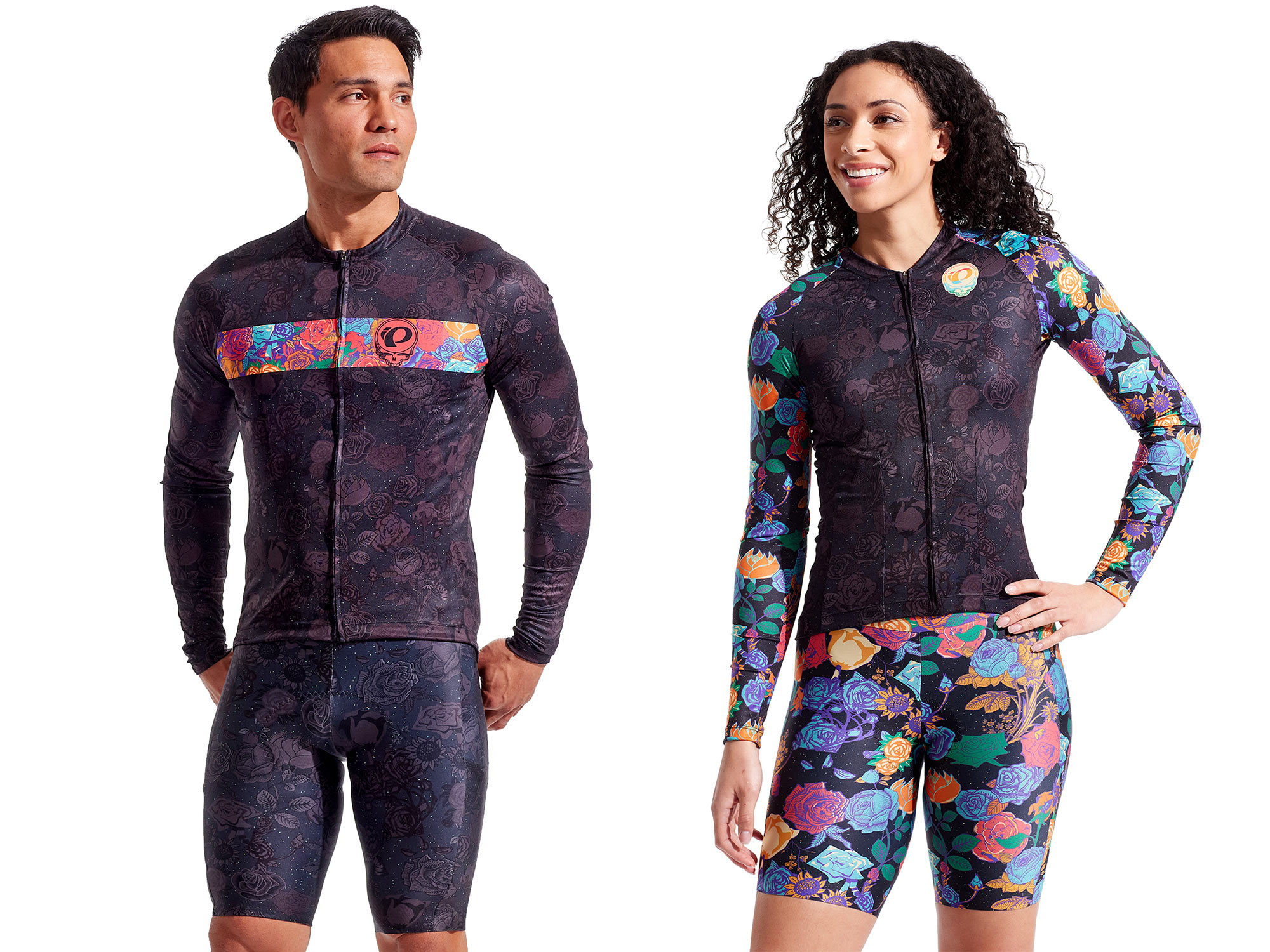 The style highlights of this Ramble on Rose kit collection are probably Pearl Izumi’s “best-selling” Attack Long Sleeve Jersey for $95 in both women’s & men’s versions and $265 Expedition PRO bib shorts for both, too. 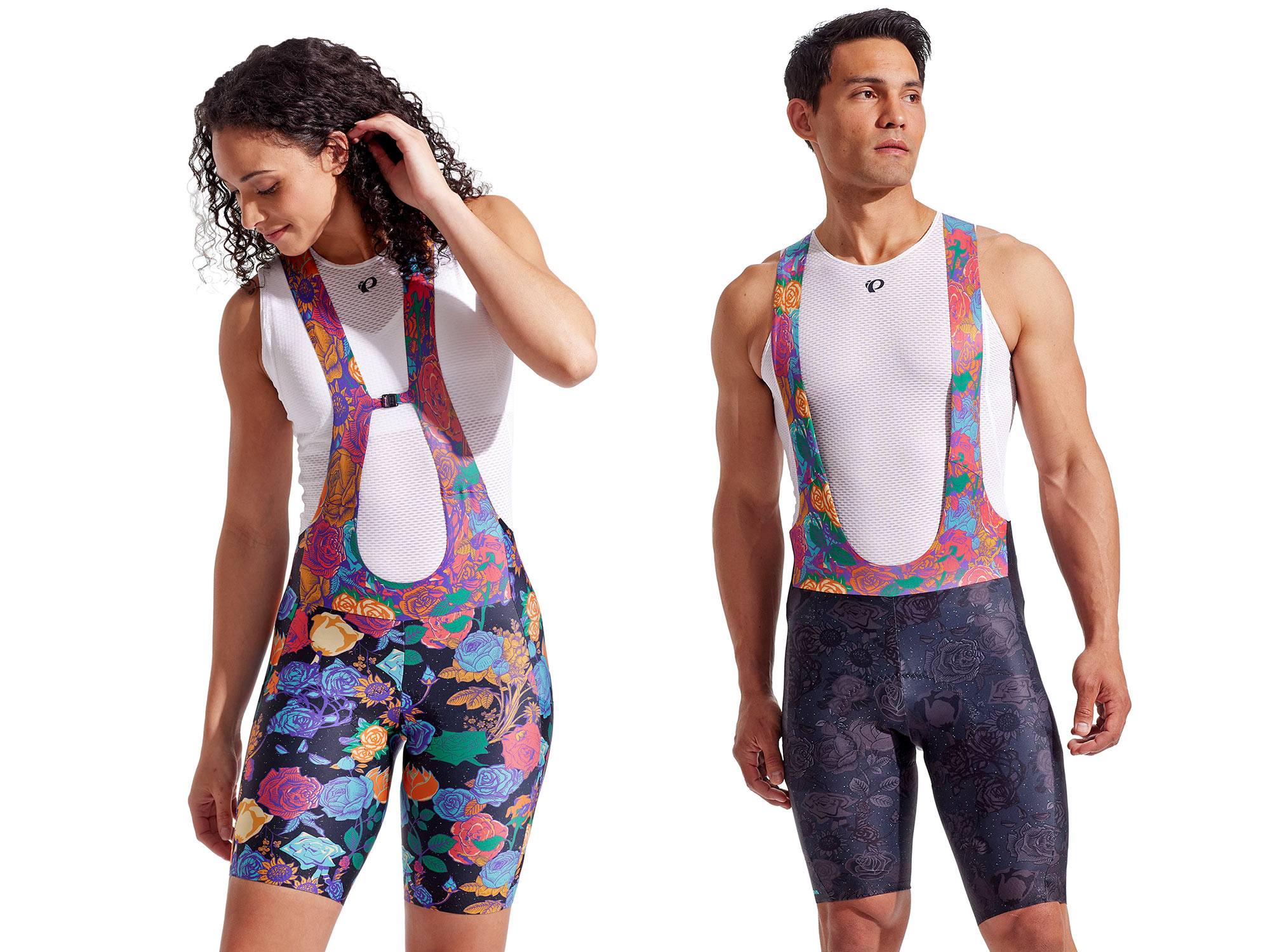 I personally think women get slightly better style in both, more fully embracing the colorful flowers. 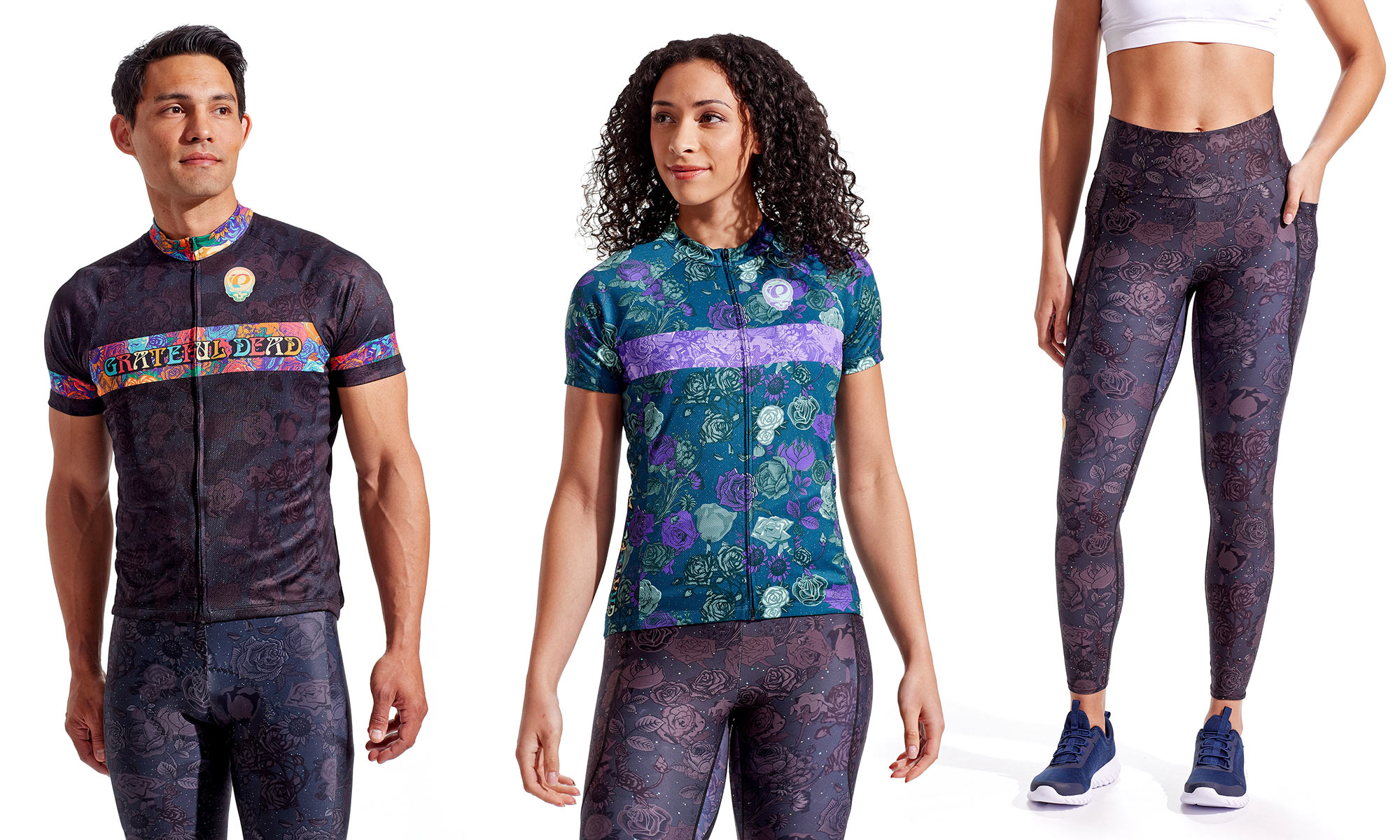 There are also $85 Classic short sleeve jerseys, a $95 women-only pair of unpadded Prospect tights, and a couple of classic Steal Your Face cotton $35 Go-To Tees. 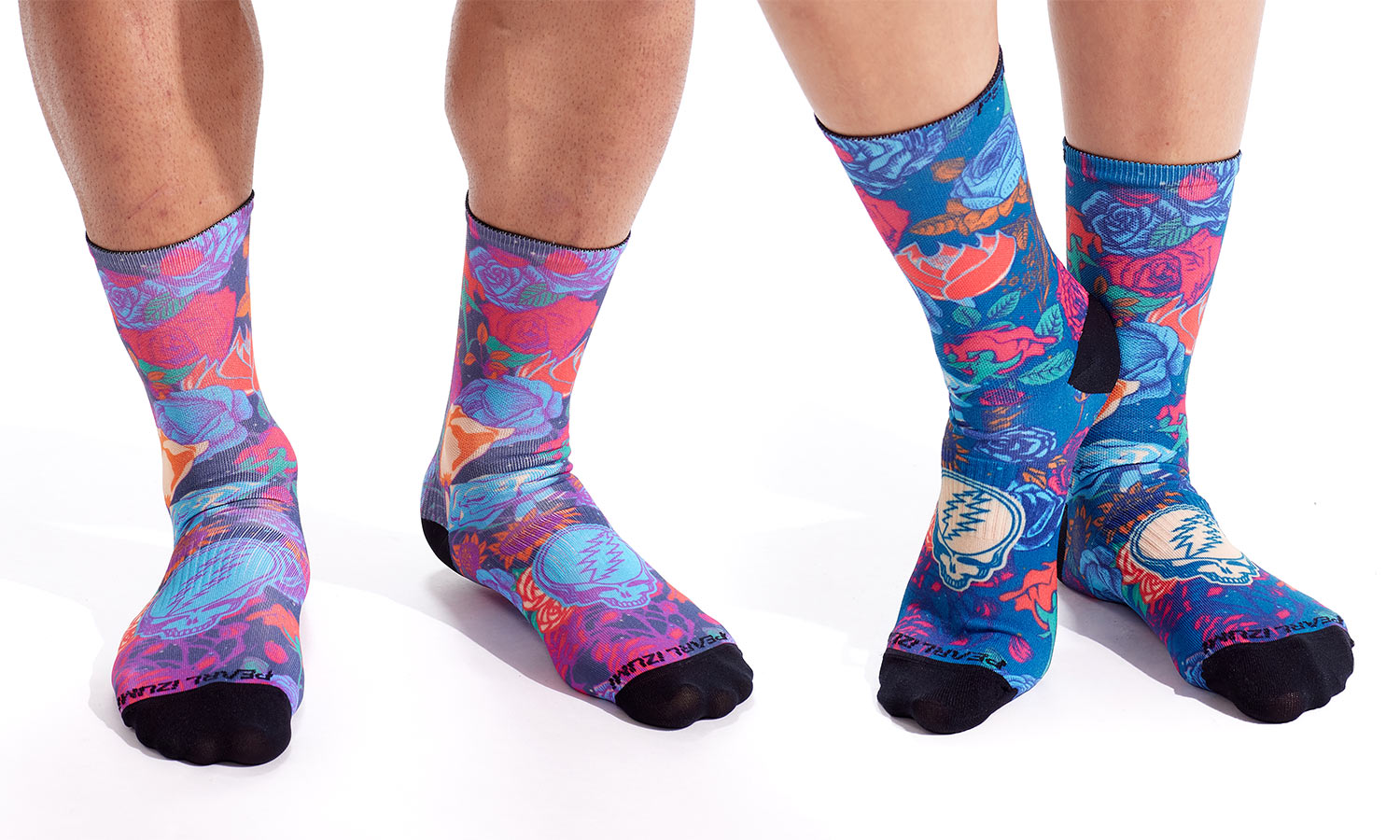 Lastly, for the Deadhead who wants to represent a bit more quietly, there are $25 Pro Tall socks to up your #sockgame. 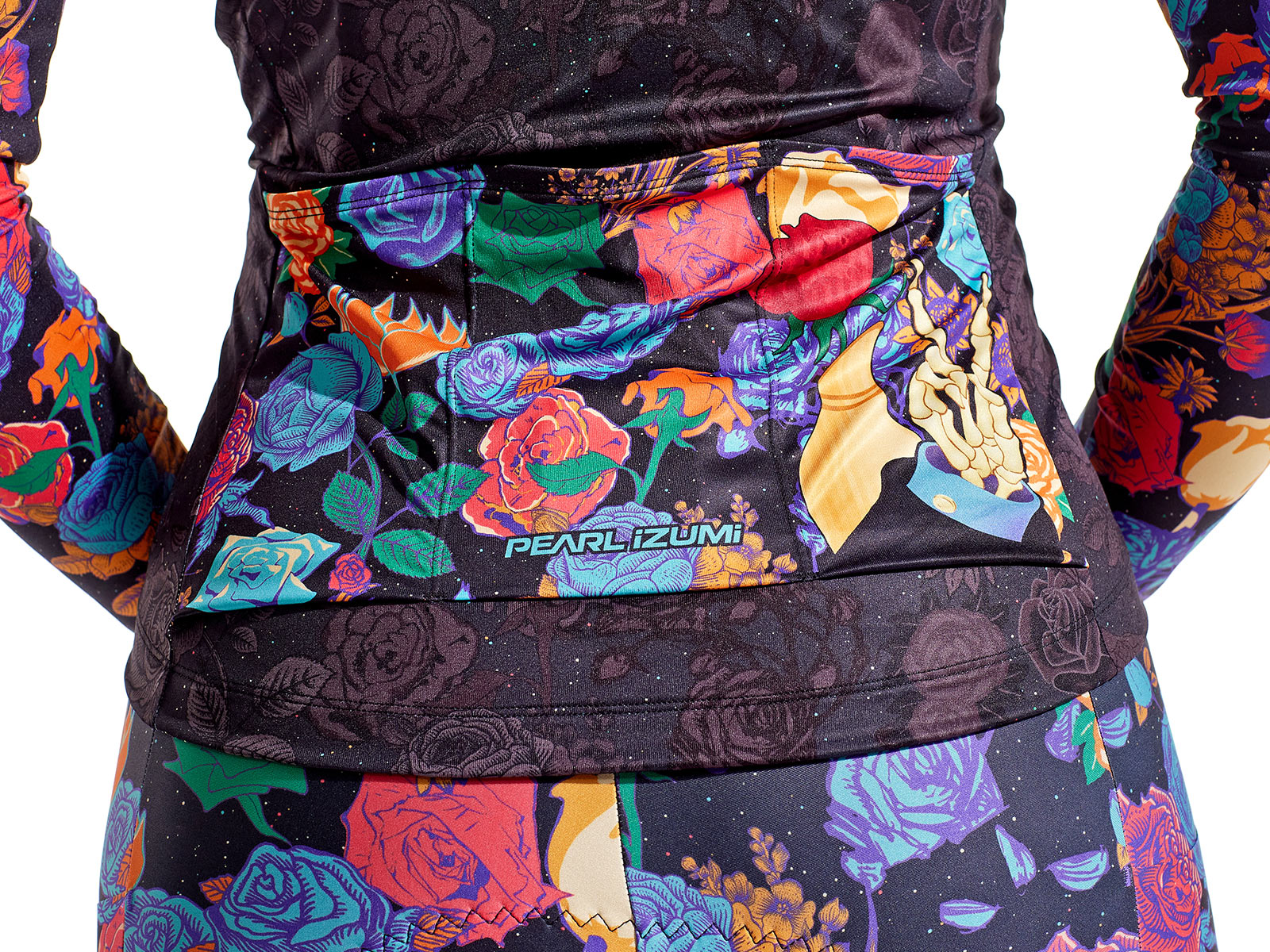 Then act fact so that You Win Again and get the limited edition kit before it’s gone, which Hurts Me Too to think about. Then, I Know You Rider(s) will represent the Dead for at least One More Saturday Night. 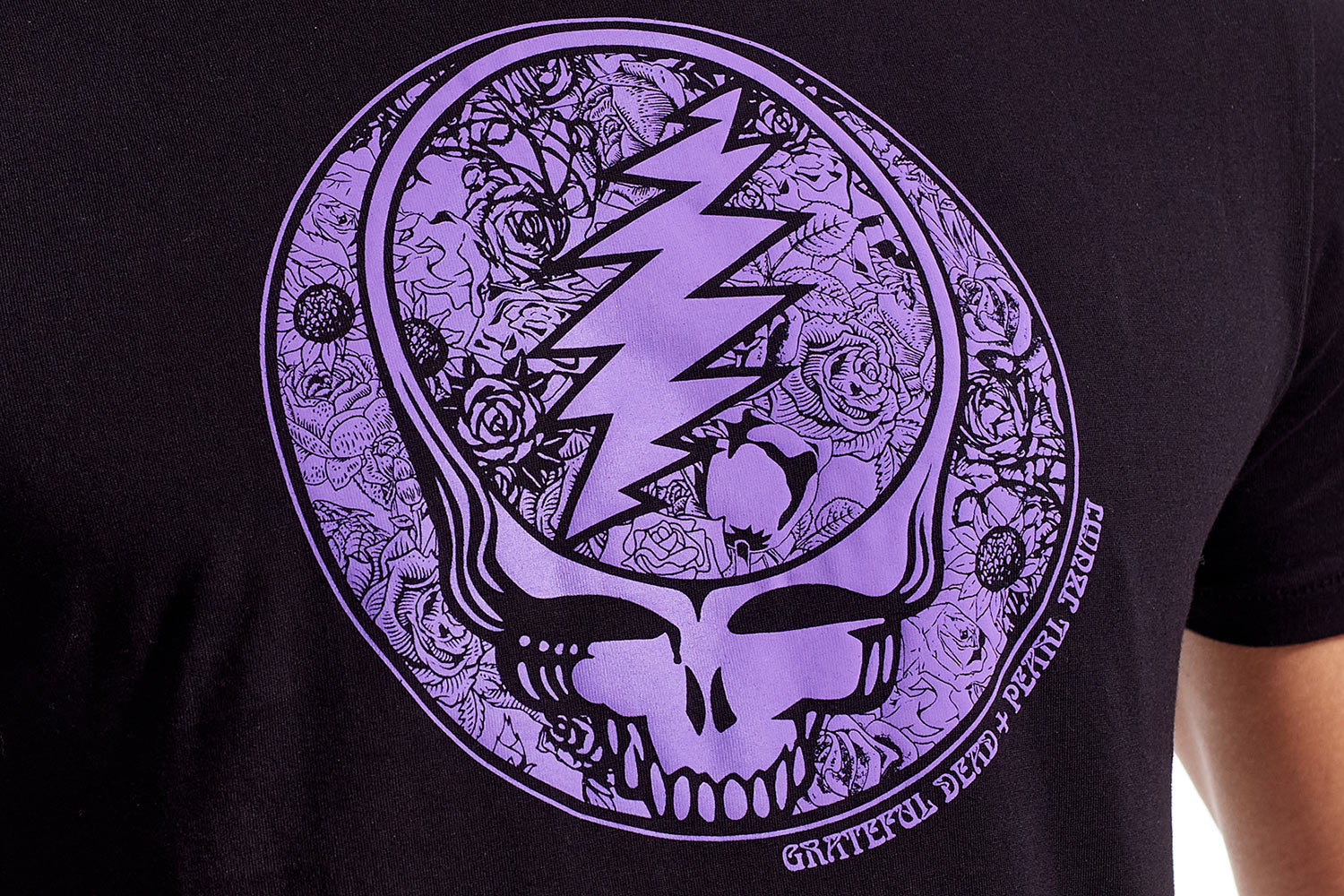 The Dead will literally give a license to ANYTHING these days. That being said I actually think this is pretty well done.

Yeah, you could definitely say they’ve ‘sold out’ but from what I understand the that concept is obsolete. Still, I’m confident they’re using their fortunes to do a lot of good in the world and they’re still making vitally alive Grateful Dead music. Still, the izumi logo in the Steelie is off putting. I can’t imagine any self respecting Head wearing that stuff :-/