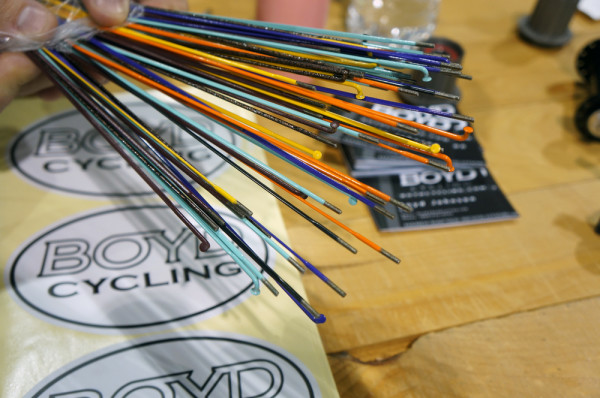 Compared to Interbike or Eurobike, Philly Bike Expo is certainly less focused on new product and more focused on hand made bikes and the consumer. However, that doesn’t mean there weren’t a number of little Easter Eggs of new parts out there if you knew where to look.

Boyd Cycling was there to promote their ever expanding line of wheels and impressive hubs, but a few other projects caught our eye. Like these colorful spokes. According to Boyd the official details aren’t yet available other than they are working on a custom powder coated spoke program that is sure to make your wheels stand out… 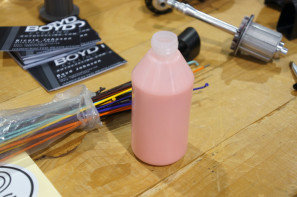 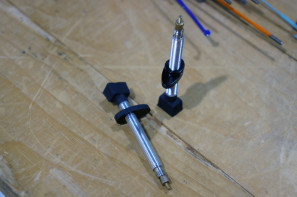 Along with the spokes, Boyd is putting together a full tubeless kit of their own to include with their wheels. Their Tubeless Bubble Gum sealant may actually smell like bubble gum when it’s finished and is ammonia free. Their wheels will ship with the sealant, a tubeless tape, and their own valves which use a clever nut with a bit of a wing nut shape which will eliminate the need for pliers in cases where you can’t get the valve tight enough. 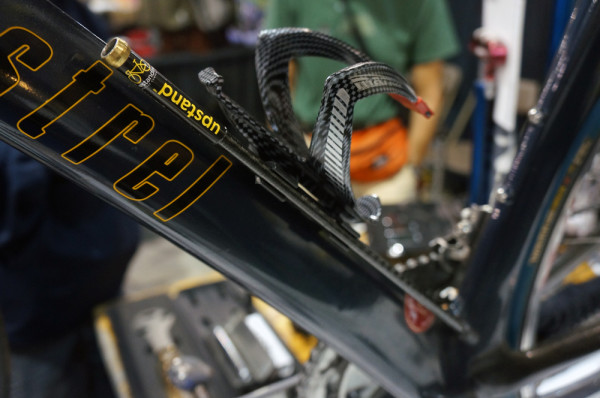 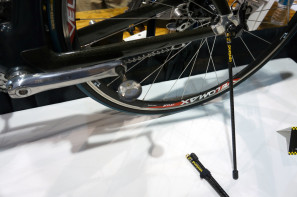 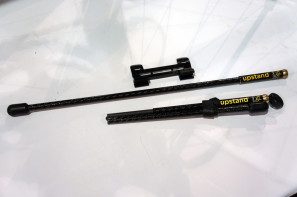 Likely one of those products that purists have scoffed at the thought of, Upstand has had no problem selling their original removable, folding, carbon fiber kickstands. Now the company is offering the Commuter model which doesn’t fold in half like the standard Upstand. Instead, it includes an Upclip which mounts under the bottle cage and stores the stand on the down tube. Like the original, the Commuter uses a carbon tube made in Michigan that mounts to an oxidized clip that is semi-permanently attached to the axle. When you need to prop up your bike you just slip the Upstand onto the mounting peg and you have an instant kickstand. The Commuter is a bit stronger to support heavier bikes and sells for $34 with the Upclip. 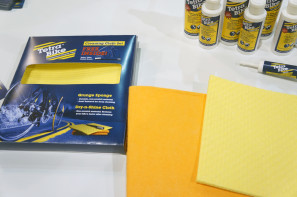 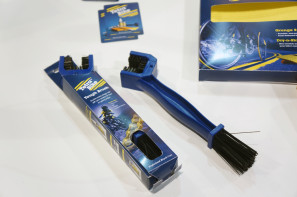 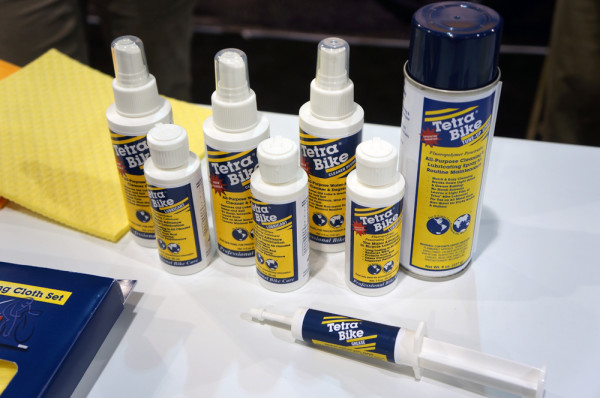 No, you’re not having a flashback. If you were around cycling 30 years ago, you may remember Tetra Bike lube. As one of the first synthetic lubricants for bikes, Tetra is making a comeback. The original formula is Floro Polymer based which claims to use spherical molecules to fill in micro voids in the metal to prolong drivetrain life and reduce friction.

Along with the lube, Tetra Bike is introducing a water based cleaner/degreaser that leaves a rust inhibitor when dry and is also safe on skin. They will also be selling pedal grease, cleaning cloths, and a chain brush to aid in cleaning your bike to a showroom finish. 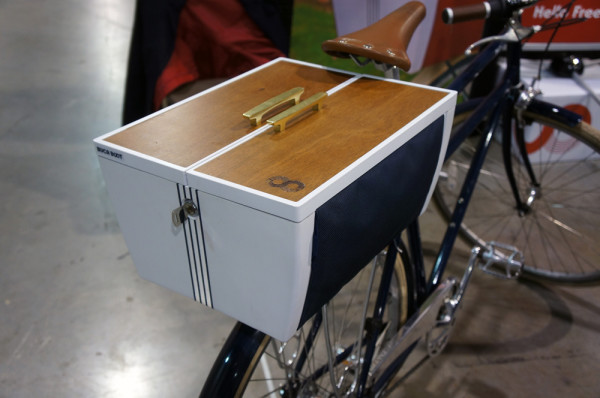 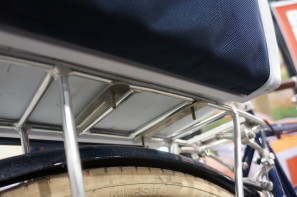 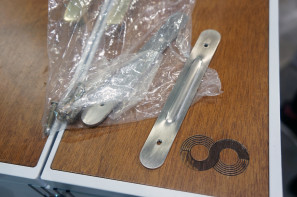 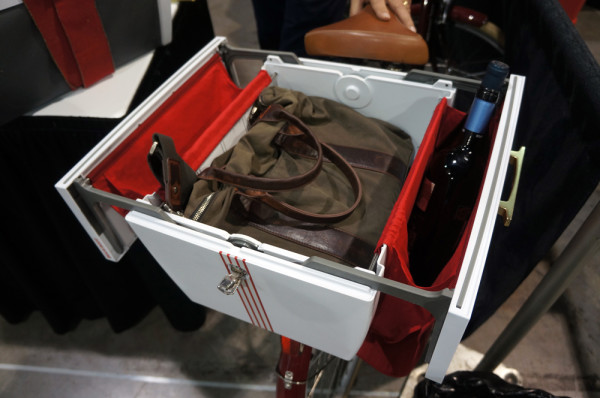 Fresh off their successful crowdfunding campaign, Buca boot is now available for purchase. The innovative locking trunk mounts to almost any rear bike rack and allows for relatively secure transportation of your stuff – even when the bike is locked up. The Buca boot mounts to racks from the inside of the trunk which should make it (relatively) difficult to remove by a thief, and they are available in grey, red, and navy blue for $225 and weigh about 5 lbs. 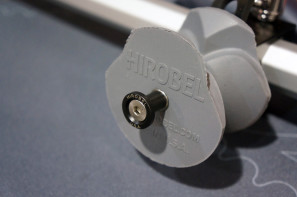 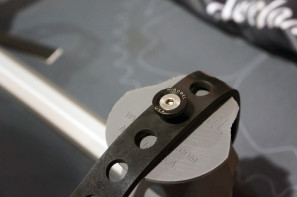 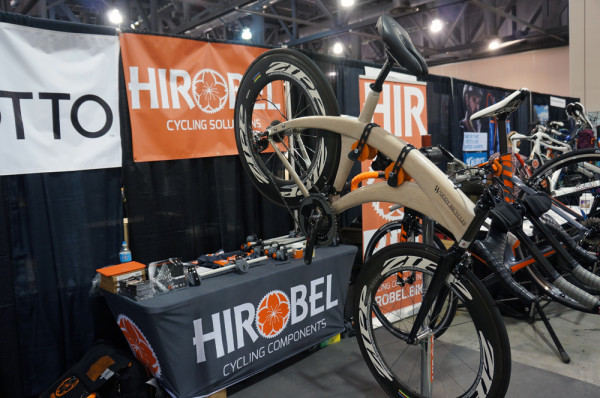 In their pursuit of a 100% made in the U.S. product, Hirobel is adding a few changes to their repair stand adapter. The future models will have new Delrin posts that are locally sourced as well as recessed hardware to prevent scratches to the bike frame. New models will also move to stainless hardware. The adapters make it much easier to mount odd bikes in repair stand like this Woody Bicycle. 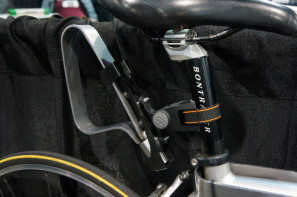 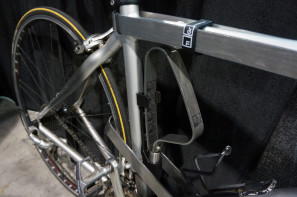 TiGr was on hand to show off their new mini titanium lock, but also all of the different ways to transport both the mini and the standard lock on the bike. Using the SKS Anywhere mount, the Mini lock can be easily carried behind the seat. 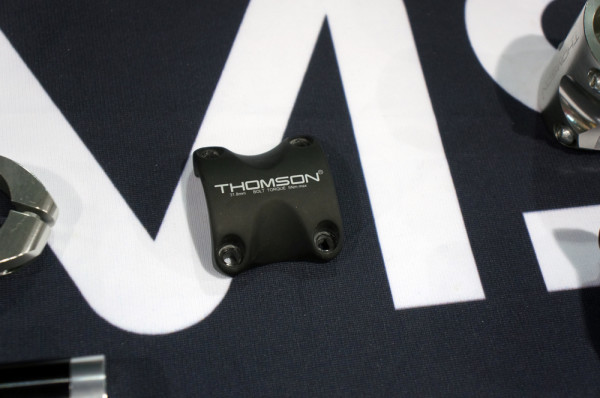 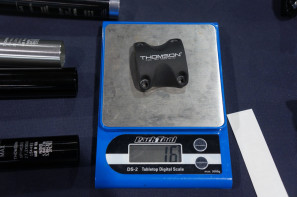 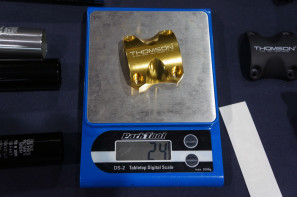 Own a Thomson X4 stem and want to shave 8g? Their new-ish carbon stem clamp will do the trick and set you back $39.95. 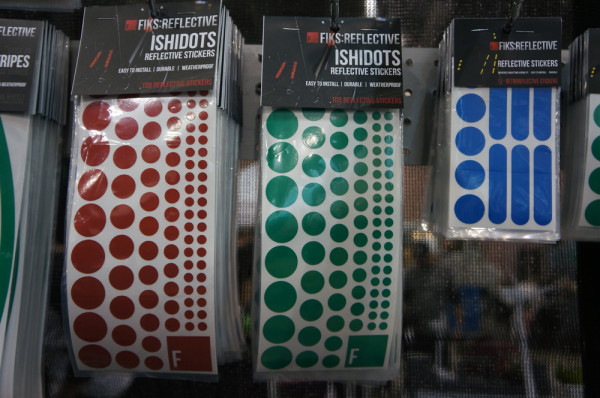 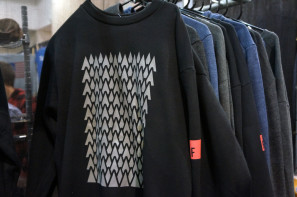 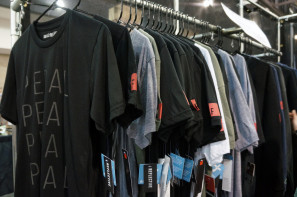 Fik:Reflective continues their quest to make reflective clothing and bikes less dorky, and was showing off their new Ishidot reflective sticker pack. Named after the color blind test, the Ishidot kit sells for $14 in a variety of colors. 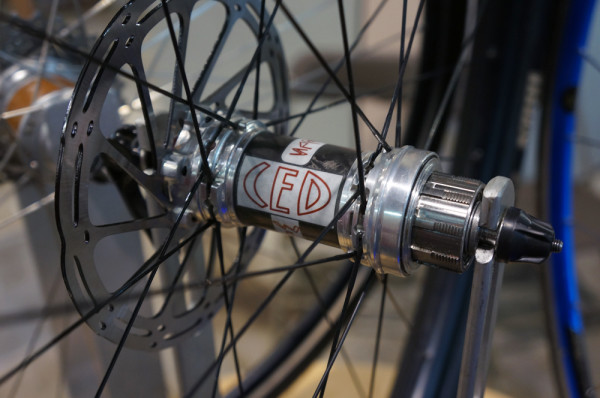 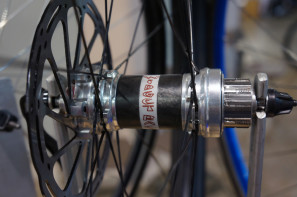 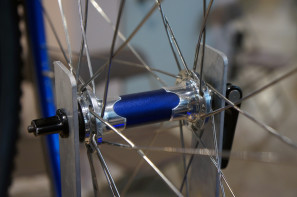 Finally, CED was on hand with some new custom, hand built hubs. Using commonly available internals and free hub bodies, each hub is hand machined for the owner and includes custom touches like carbon or blue anodized hub shells.

Good to see some smaller companies that I love dealing with (Boyd & Fiks) with new products and some press!

The amount of (rotational) weight that powder coating would add to spokes would not be insignificant. Assuming they’re using a SS spoke, powder coat adhesion on SS is tricky and very dependent on uniform surface prep – anything less than perfect and it chips when it flexes. Spokes need to bend for building, flex for riding and rub against each other when they’re cross laced. If these things still look good after a few thousand miles, Boyd should be hailed as a genius or burned as a witch.

Can I be burned as a genius?

This is a fun little project I am hoping works. My neighbor (who rides) just bought a powder coating facility so we are having a little fun. I was hitting the spokes with a hammer at a few trade shows to show how good the coating is. Currently testing them on some mtb wheels to see how well it holds up.

I’ll know the weight gain soon, but thinking it should be about 20 to 30 grams per wheel depending on number of spokes.

It’s definitely not something we are having as our main focus for a company, but if I can offer these and have a little fun then we’ll do it. There’s been a lot of interest from frame builders and custom wheel builders.

Hey, I don’t see any Brooks saddles!
What’s wrong with you people?

I love that commuter upstand. I have one on my fat bike and it really comes in handy.