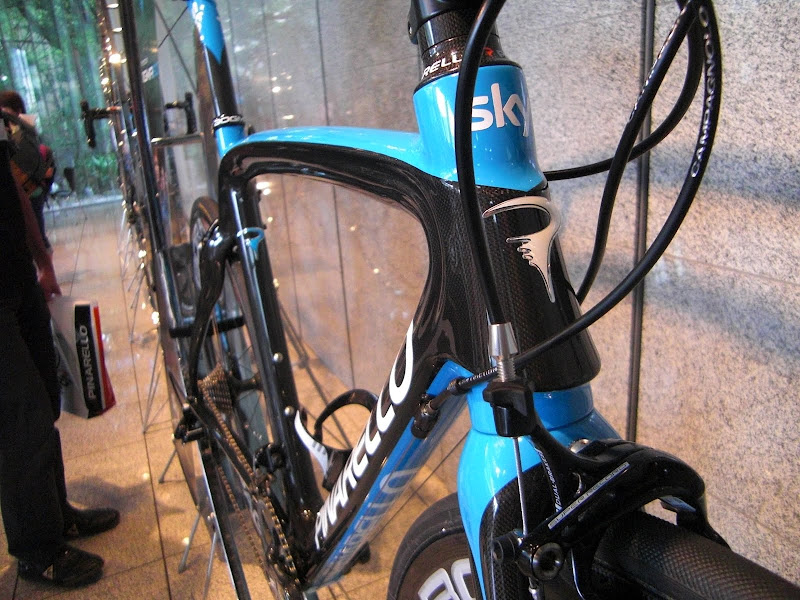 Pinarello has been known to consistently have some of the hottest bikes in the pro peloton, and 2011 will be no exception. Ahead of their “official” release in the US, we found some trade show photos from over seas, showing a very exciting 2011 Pinarello line-up, including the Quattro, Pinarello’s new introduction to their top-tier road bikes. See the whole line after the break… 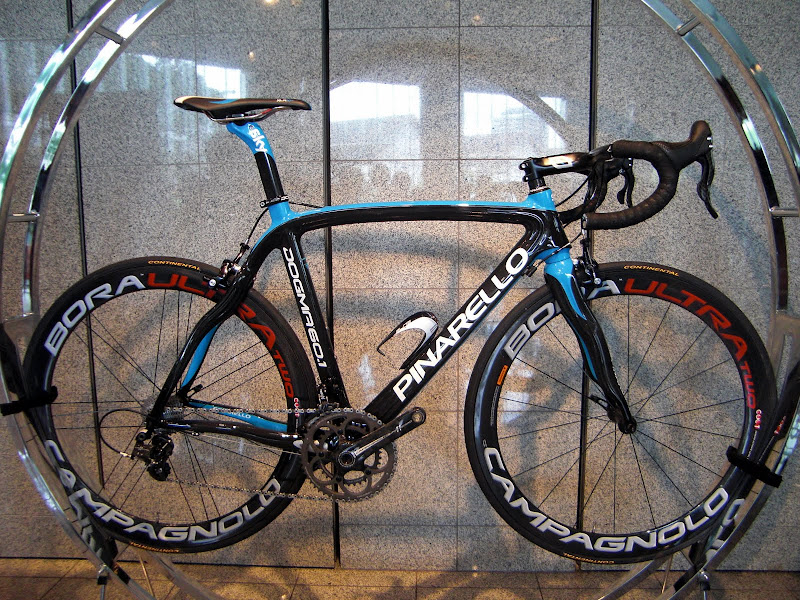 Pinarello returns with their top-of-the-line Dogma, displaying a custom built Team Sky model as well as some new color schemes for 2011. Without official specs from Pinarello, we can’t be sure what has changed structurally in this year’s models, but we can at least give you a preview of the new graphics and color packages. 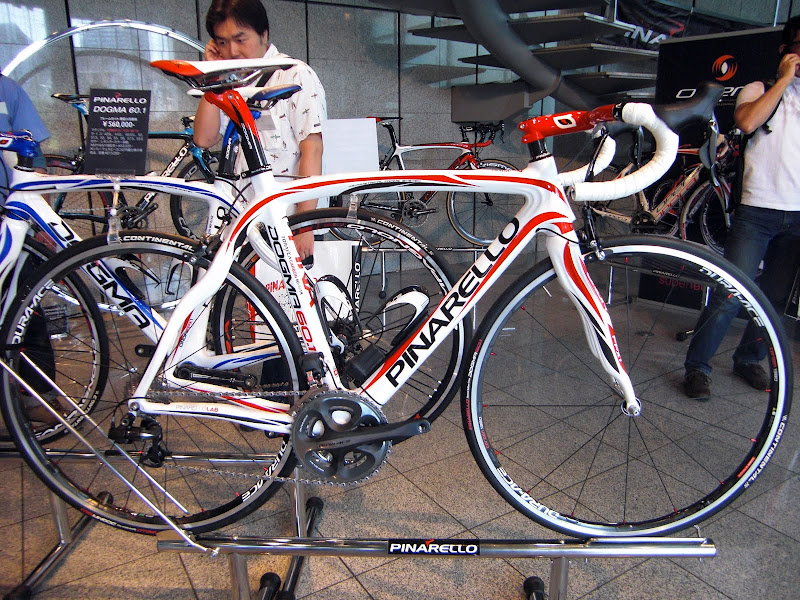 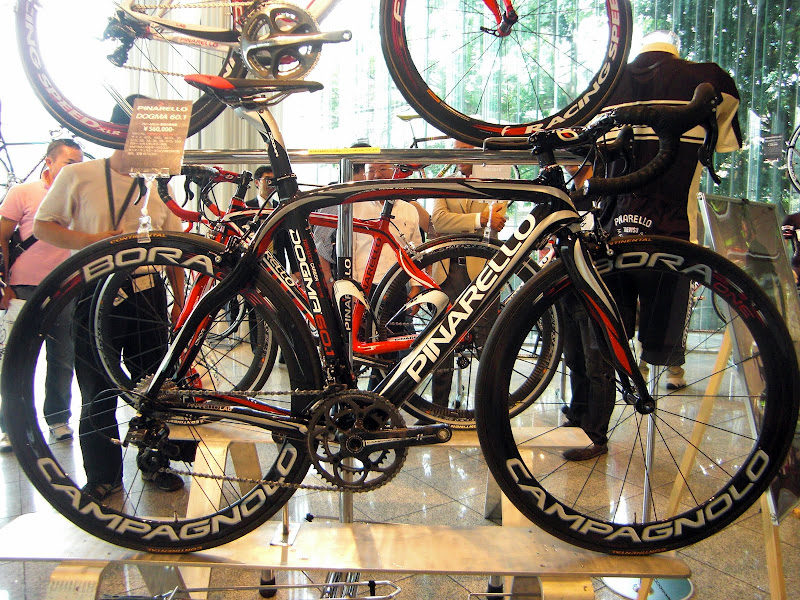 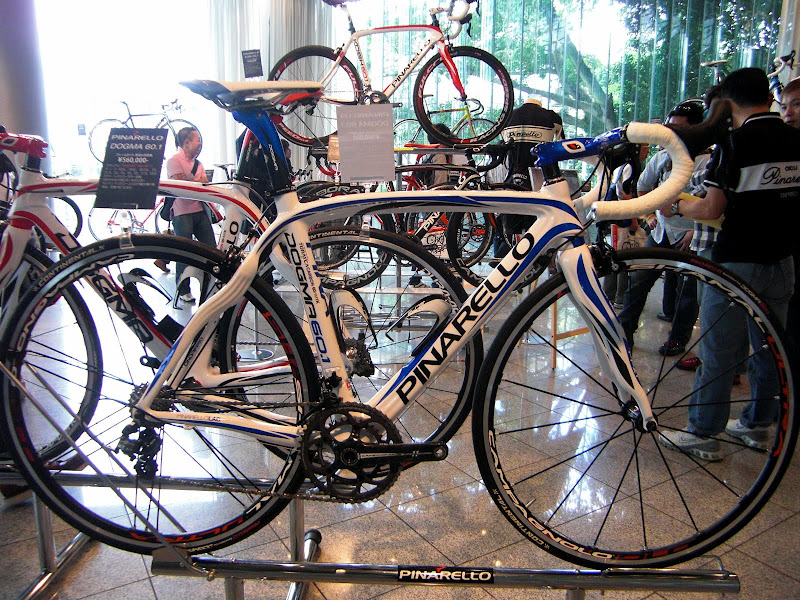 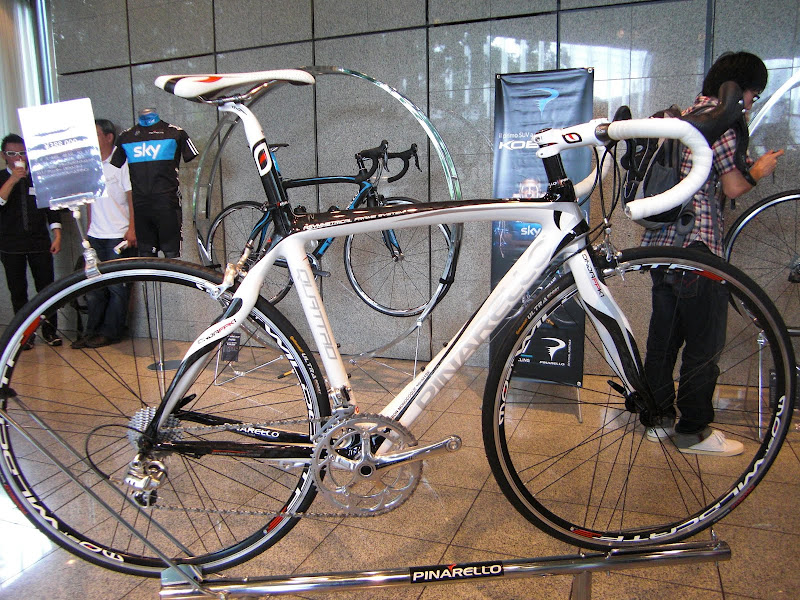 The Quattro is a new addition to the Pinarello line this year, being positioned between the FP3 and Prince Carbon, borrowing some design cues like the asymetetrical rear triangle and tapered (1 1/8″ – 1 1/4″) front fork from its bigger brothers like the Prince, Paris, and Dogma. 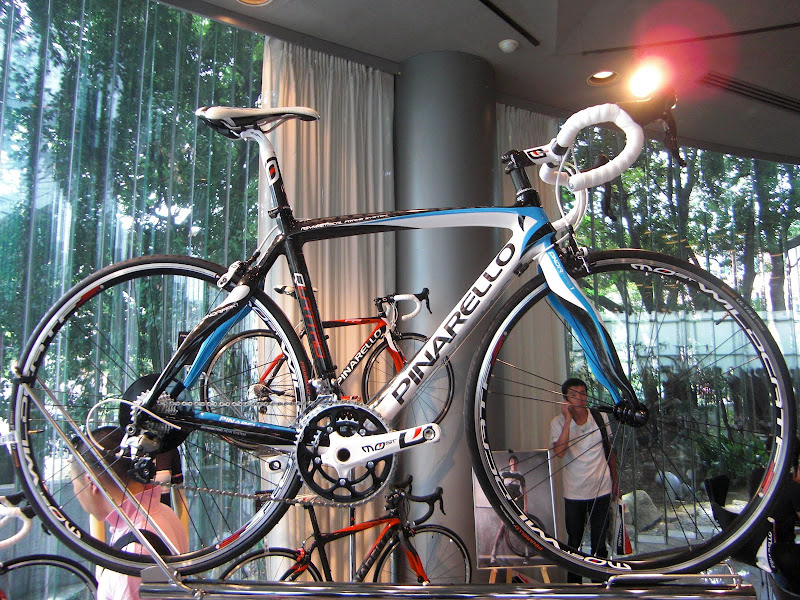 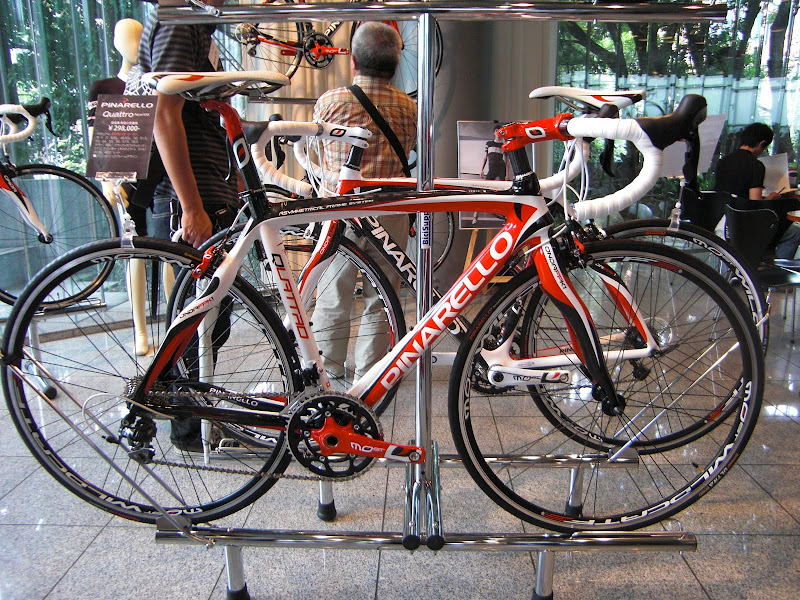 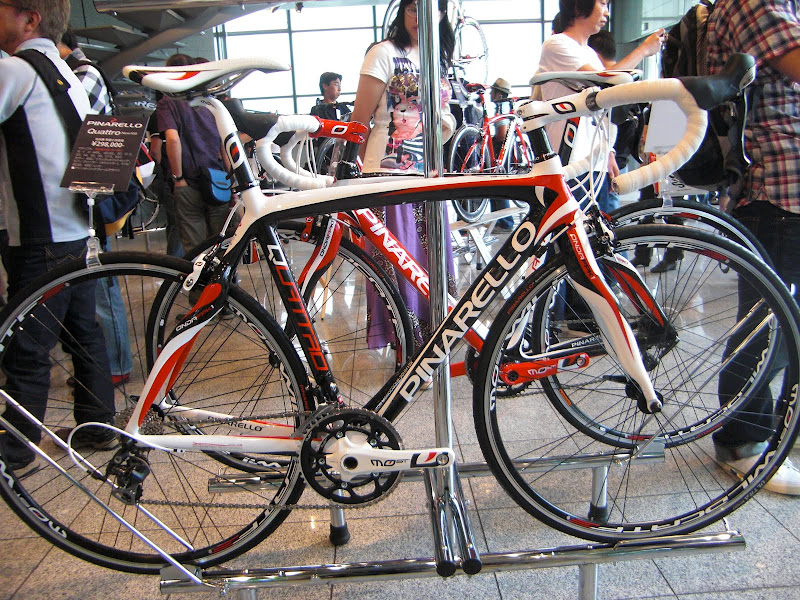 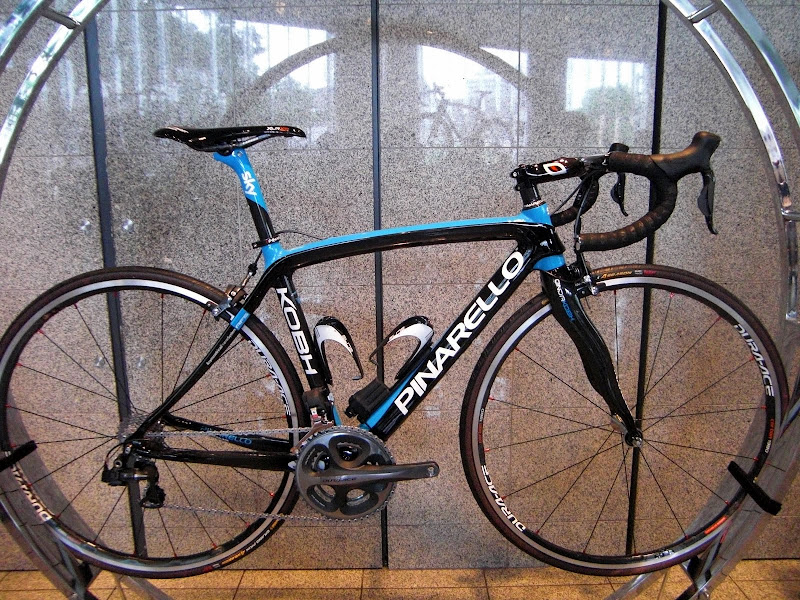 Pinarello developed the KOBH 60.1 with the help of Team Sky, and the frames first debuted under the Sky boys at Paris-Roubaix. Sitting just below the Dogma in the company’s product line, the KOBH uses many of the Dogma’s construction methods, with modified geometry and some beefed up joints to provide comfort and strength in some of the brutal “Northern Classics.” 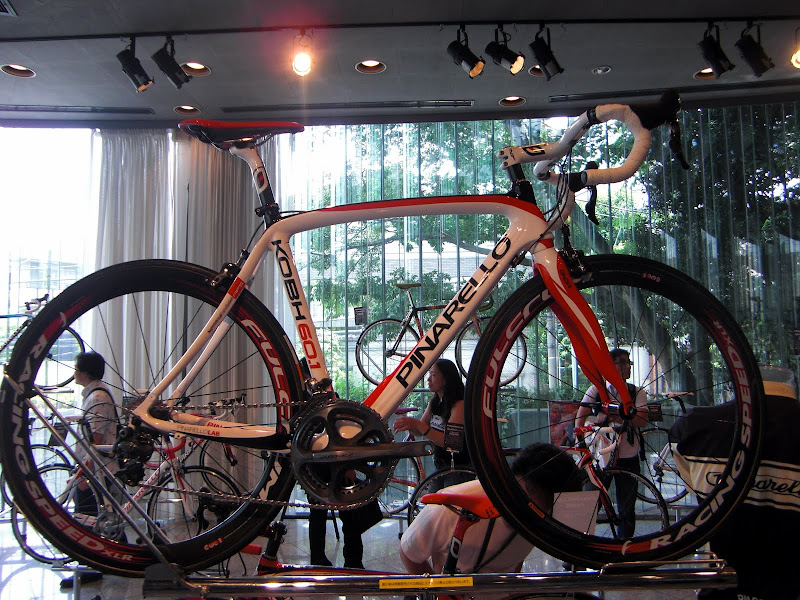 The company says the KOBH will come in 8 sizes, and consumers will be able to customize color choices with Pinarello’s “MyWay” program, a custom painting endeavour similar to Trek’s Project One concept. 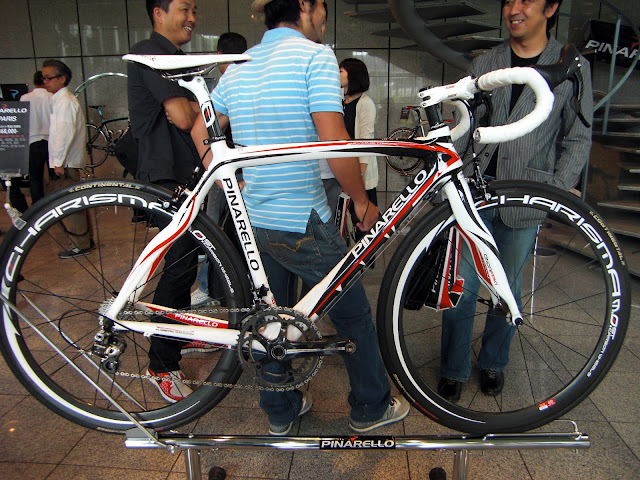 Third in the Pinarello heirarchy, the Paris keeps the trademark asymetrical rear stays, as well as the curved offset front fork. 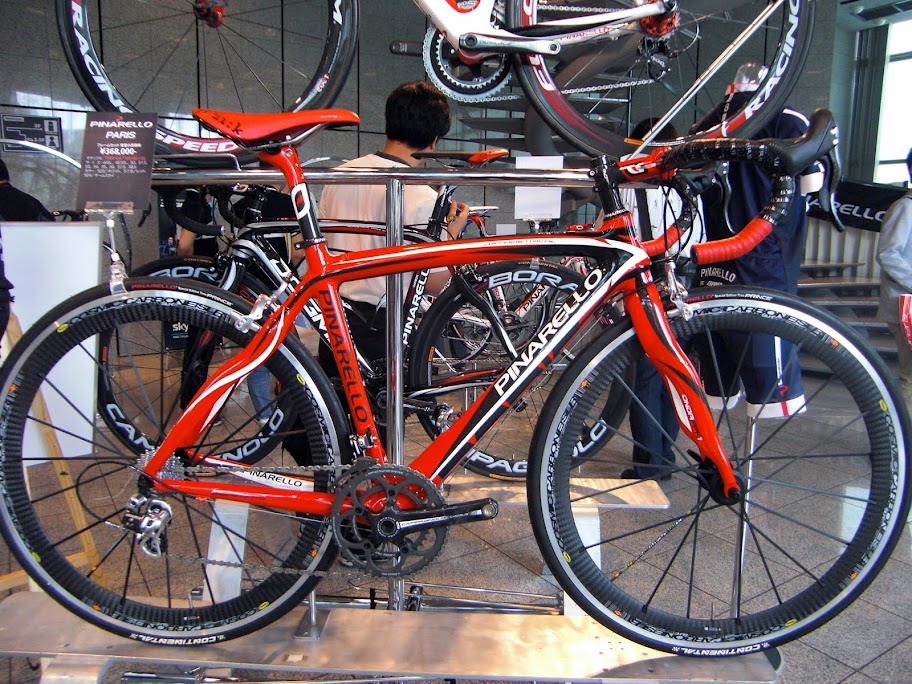 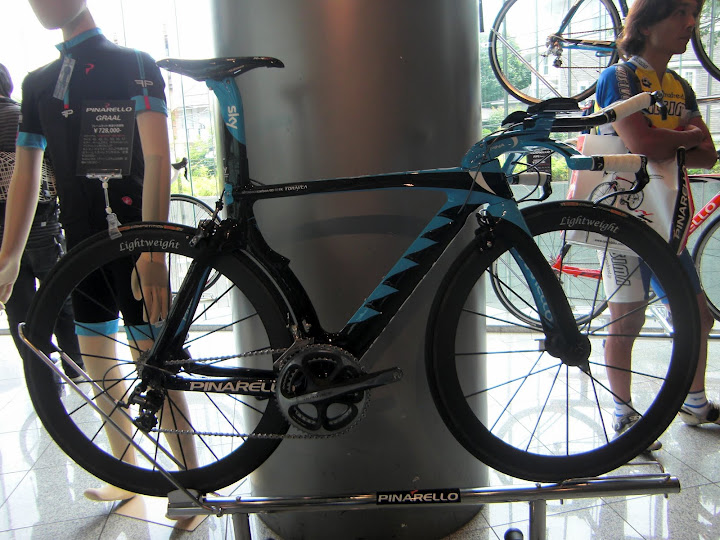 Pinarello also had their Team Sky edition Graal TT bike on display. The bike debuted under Team Sky this year, and will probably be at market by 2011. Sky was working with Pinarello to develop and test prototypes before mass production of the time trial frame began.

We’ll have full spec’s and build kits for all the Pinarello bikes as soon as the line officially drops in the US. You can see more detailed photos of these bikes in the gallery here.