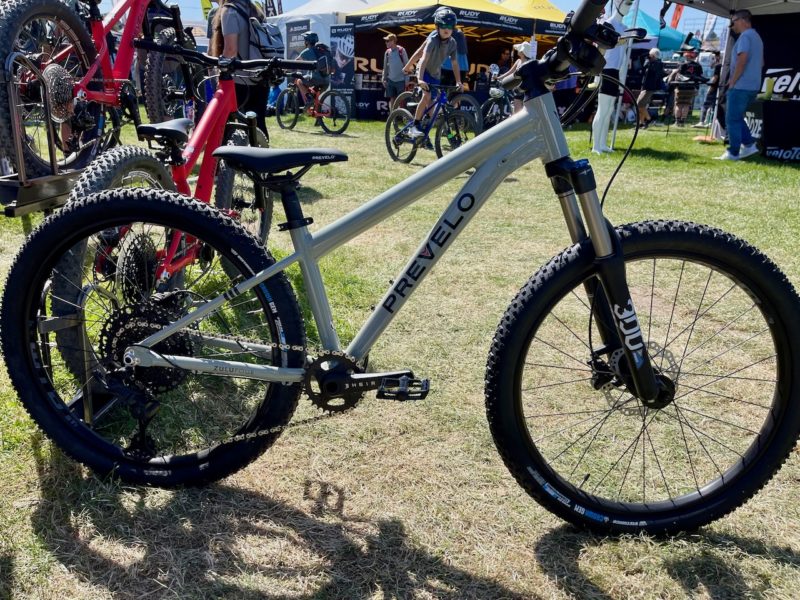 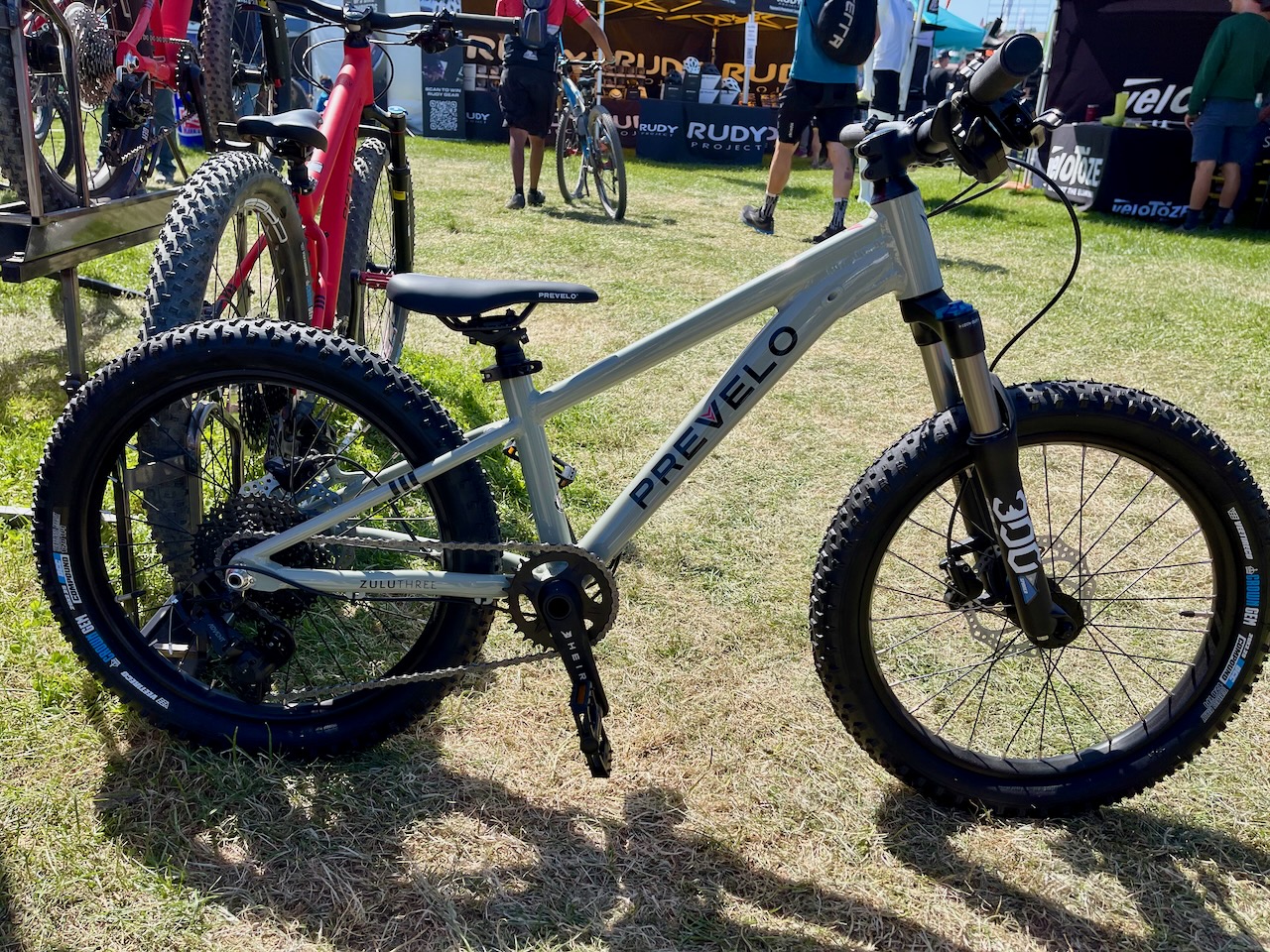 At the show, Prevelo showed off yet-to-be-released models of its Zulu kid’s mountain bike line. The Prevelo Zulu is the off-road, suspension-equipped model in the Prevelo line — the pavement counterpart being the Prevelo Alpha. 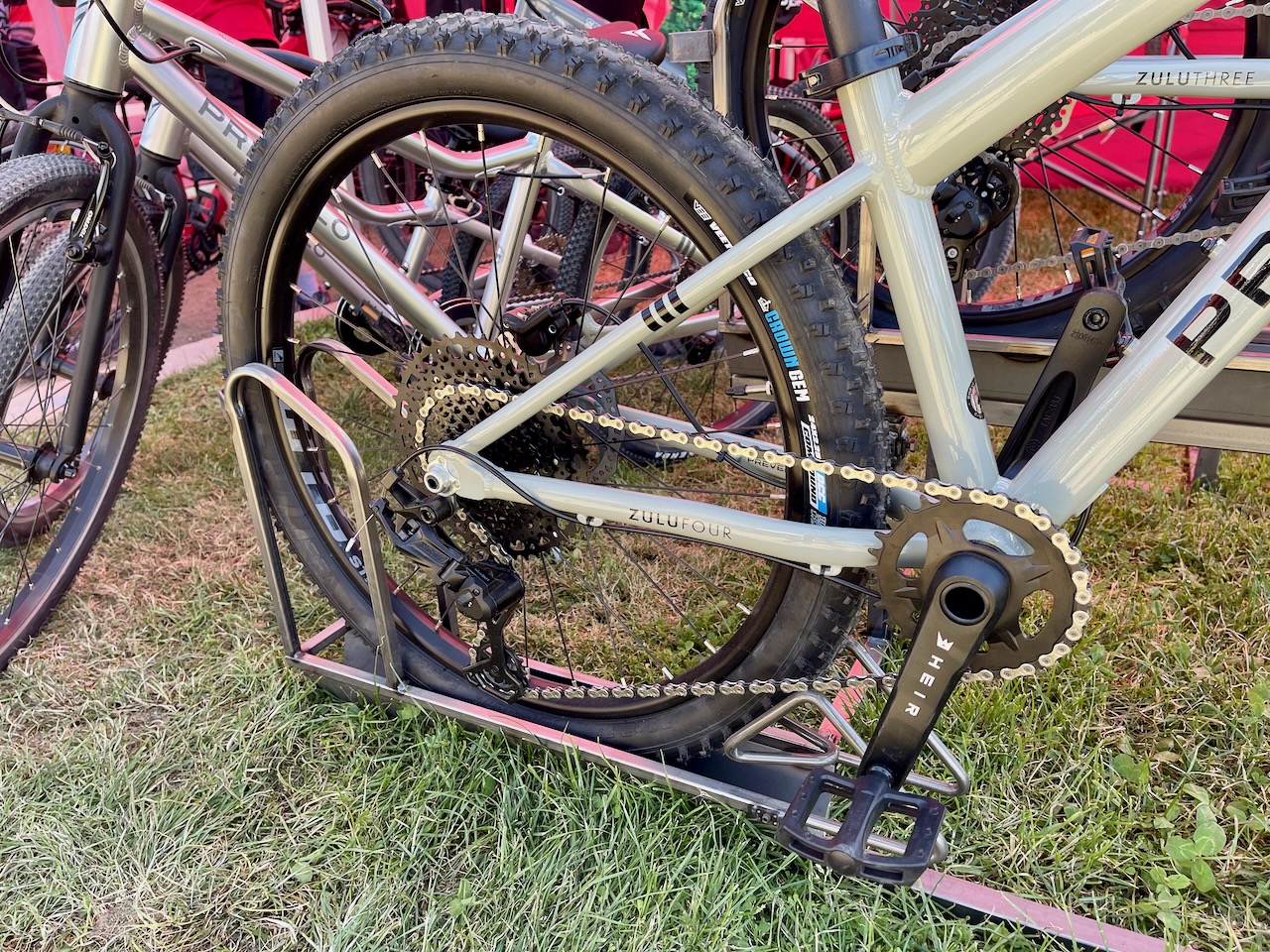 The Zulu is a bit more than your run-of-the-mill kid’s bike. It comes with actual suspension (not just for show), cranksets sized specifically for kids (120mm, 130mm, 140mm), and a progressive geometry that inspires confidence while learning the skills needed to ride a mountain bike. 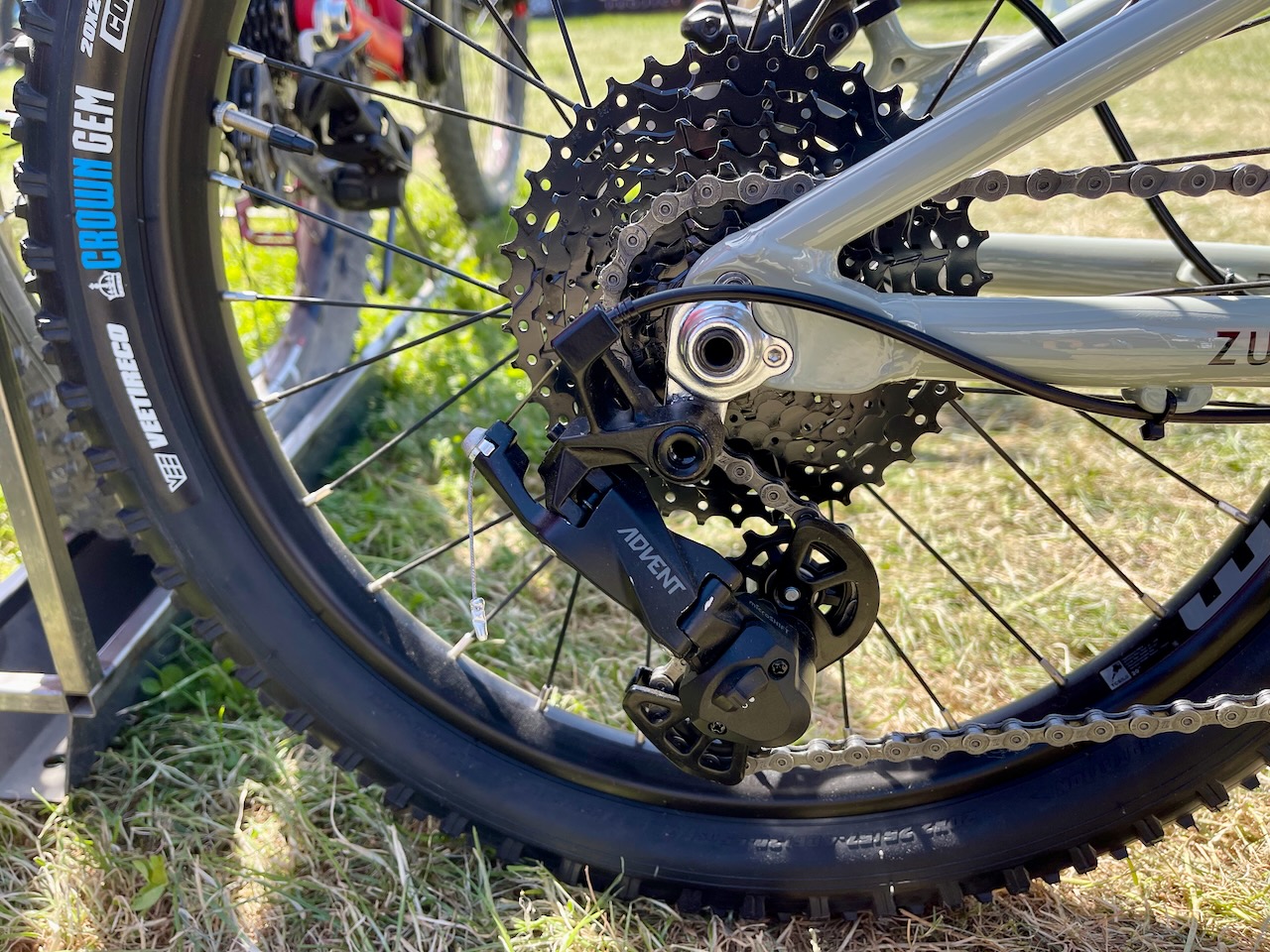 Prevelo moved from the Shimano Zee rear derailleur to the new Microshift Super Short cage for the new line. The derailleurs were specifically made to provide more ground clearance on bikes with smaller wheels and the shifters also feature shorter lever throw for smaller hands. 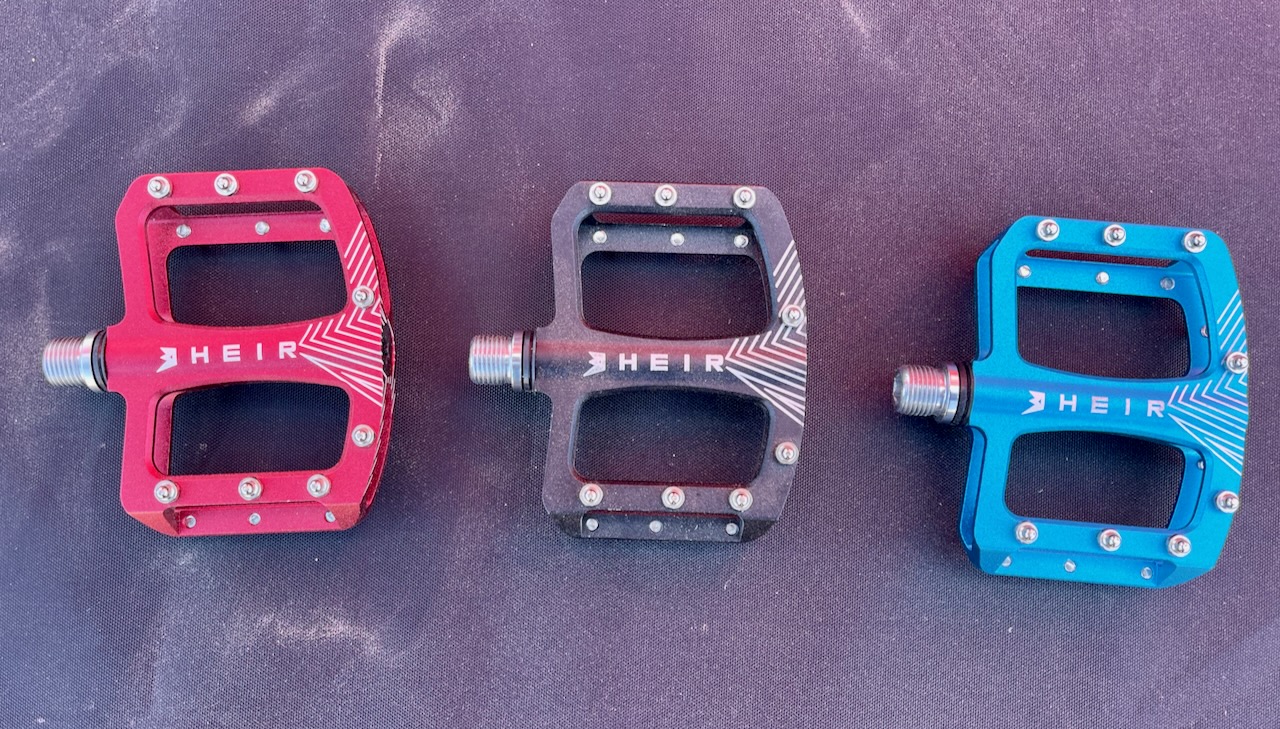 Prevelo also updated the Zulu line with new components, pedals, and tires. Looking outside the standard OEM spec, Prevelo moved to the company Radius for disc brakes and started manufacturing their own brand of pedals under the Heir component line. 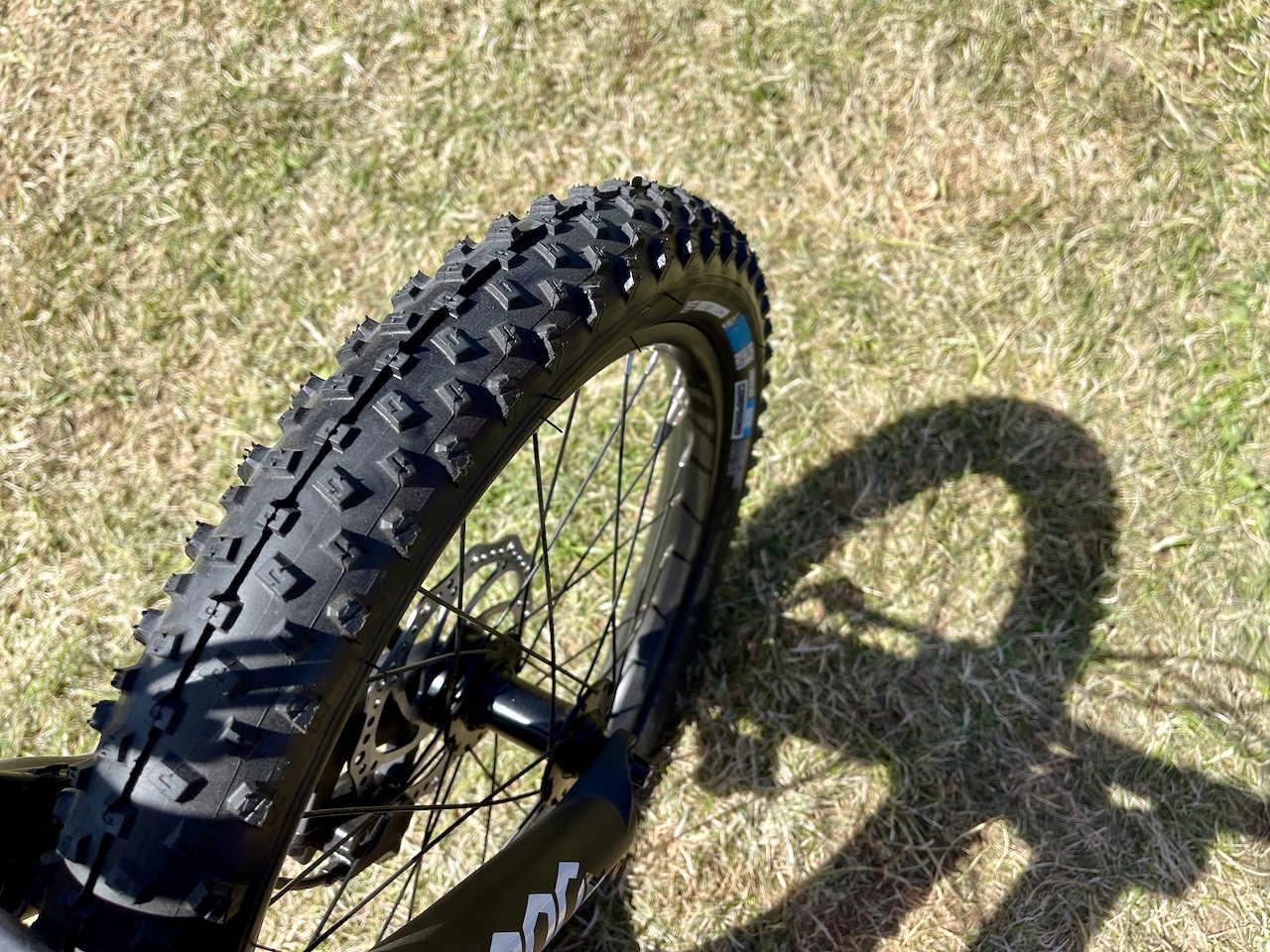 Prevelo stayed with Vee tire and Innova for tires but upped the knobs and volume, maxing out a 2.25mm Vee Crown Jewel for the Zulu Three and Zulu Four models. 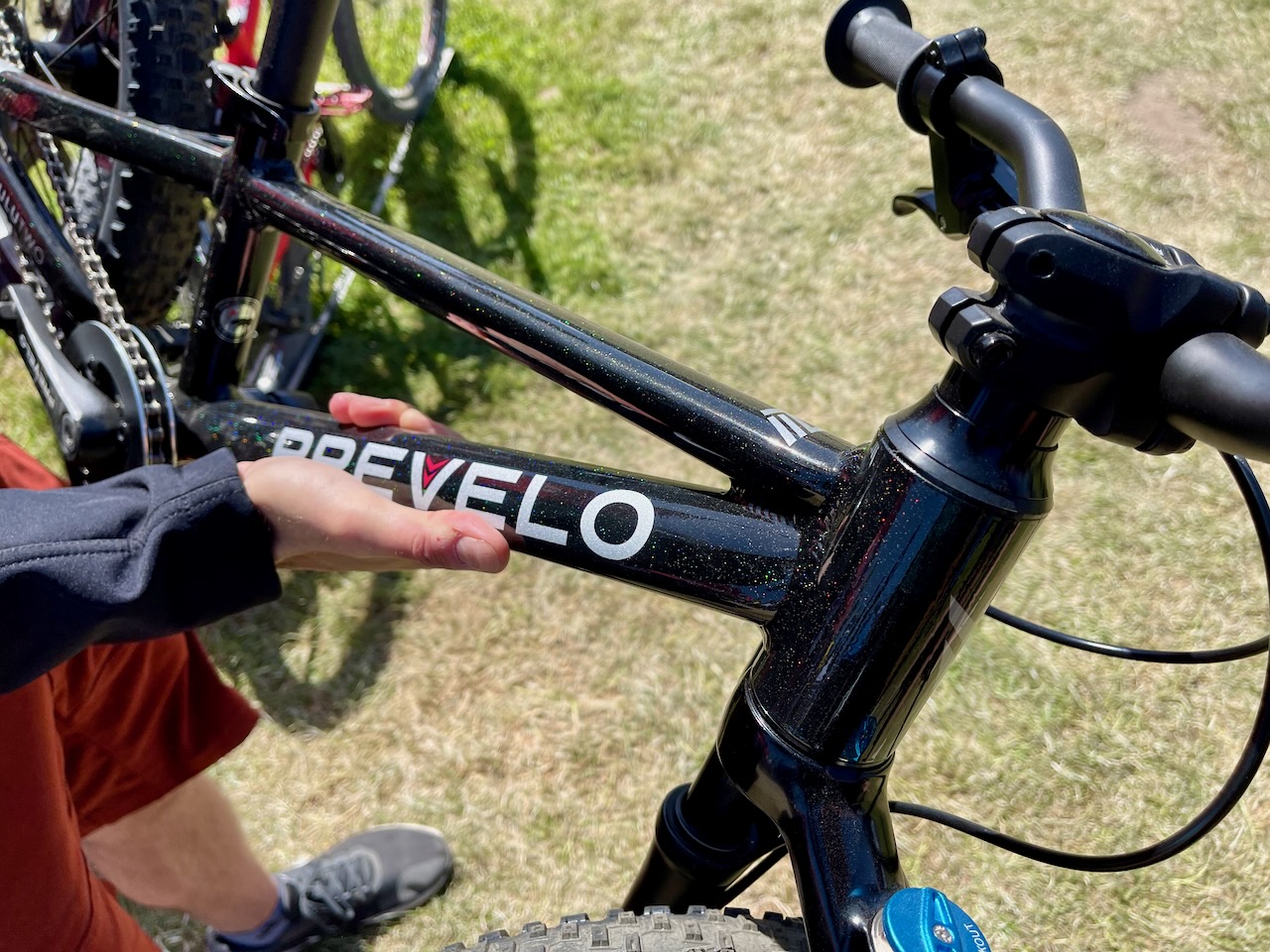 The Prevelo Zulu comes in progressive models, starting at Zulu One, Two, Three, and a 24″ Four model. Each Prevelo Zulu model comes with details dialed in for each bike, with kid-friendly geometry that allows for an easy foot on the ground and small hand-friendly brake levers. 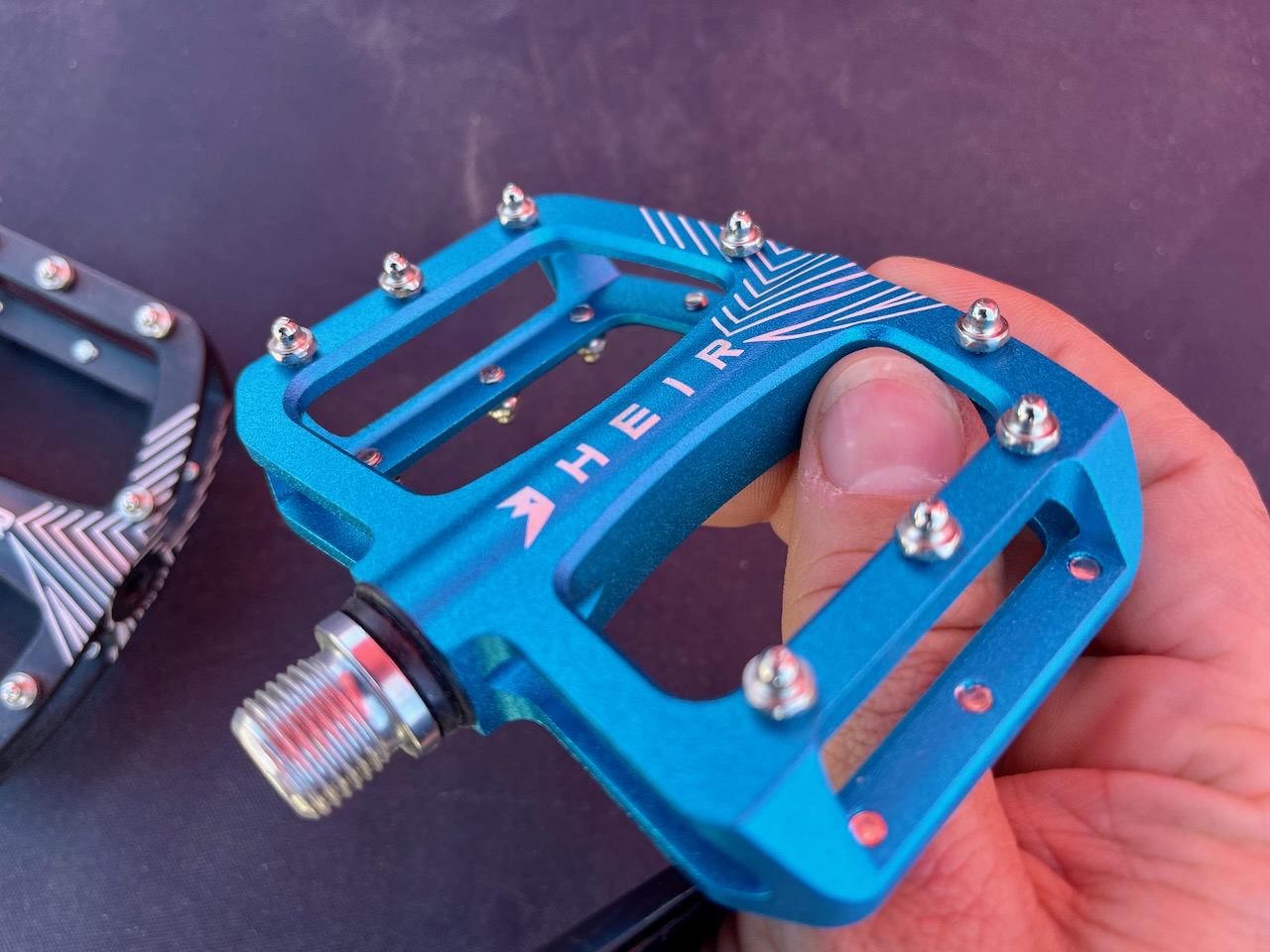 Prevelo does more than bikes. Looking to expand its Heir component line, Prevelo developed a line of pedals to complement its bars, cranks, and grips. 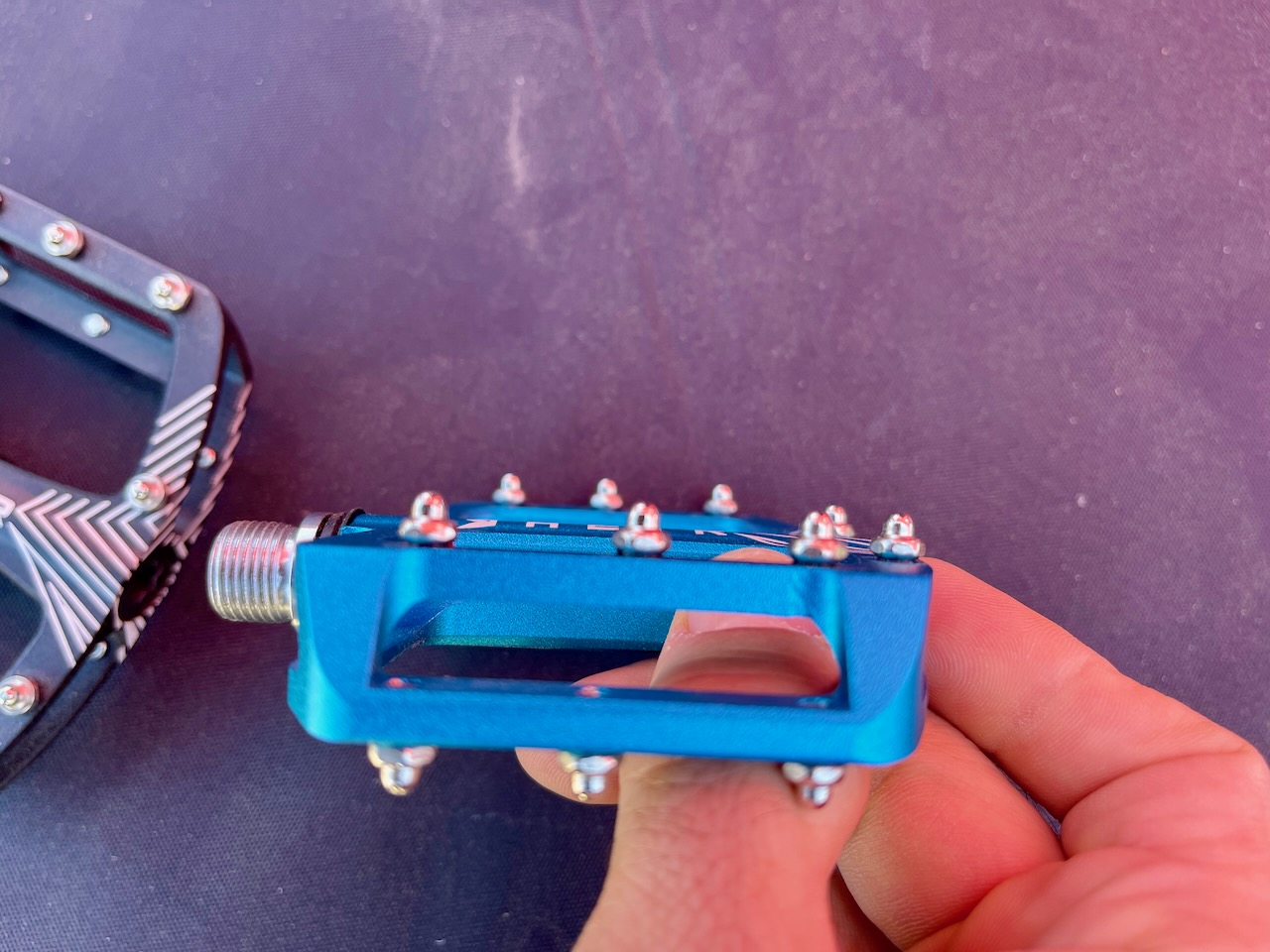 The new Heir pro flat pedals boast round pins and a slim, long profile for little feet. The pedals will ship with both round and traditional pins. The pins are removable, so the user can dial in the grip as they see fit. The pedals are not yet available for purchase but should be soon. 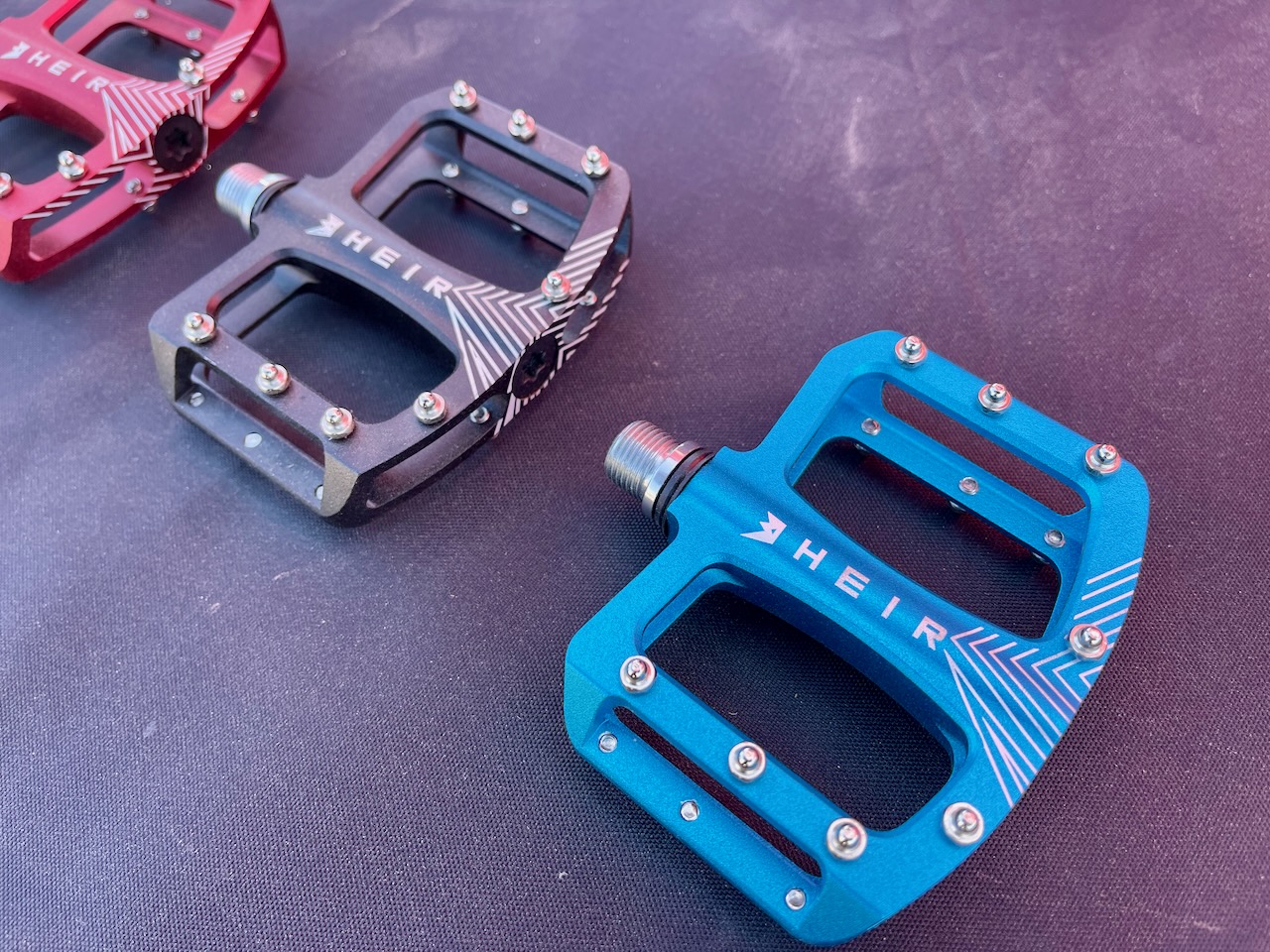 Construction-wise, the Prevelo Hier pedals are robust, with all the features of standard flat pedals with kid-friendly (and shin friendly) features and enough color options to match any bike.

Look for more updates as the Prevelo formally announces the new Zulu, for more information and the full Prevelo line,  check out Prevelo.com