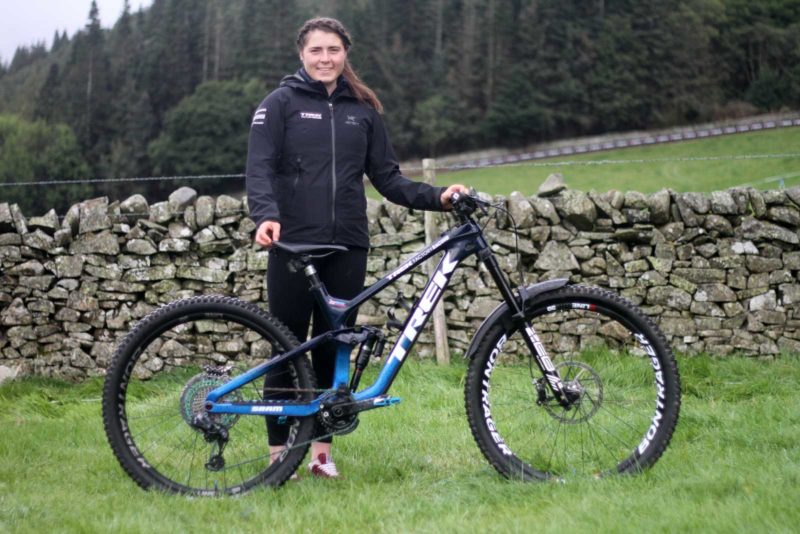 Hattie Harnden finished up the 2021 Enduro World Series placed 4th in the Overall, not bad for your rookie season in the Pro category. Following wins at Loudenvielle and La Thuile, Hattie finished the season very strong, coming in 2nd at EWS Tweed Valley, just 00.32 seconds behind winner, Bex Baraona – the tightest women’s racing the EWS has ever seen.

The season finale was on home soil for Hattie, with the weather bringing true British conditions for the riders to contest with; mud of peanut butter-like consistency, high winds and more sniper roots that you can shake a stick at. We got the details on Hattie’s race day setup, including a sneak peak at a certain as-of-yet unreleased RockShox ZEB fork. 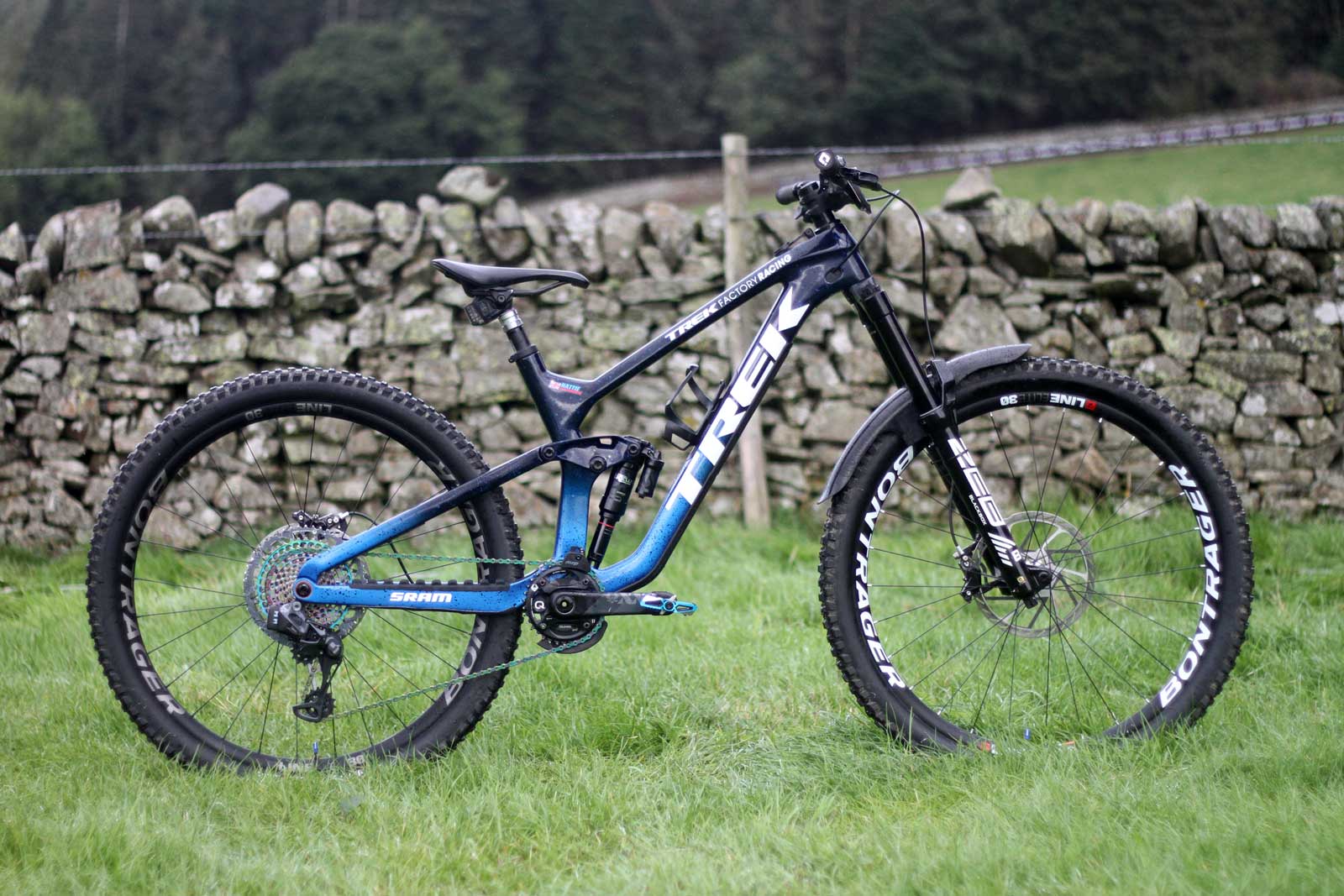 At 174cm tall, Hattie Harnden rides the M/L 2021 Trek Slash (170mm dropper) with the geometry set to the low-position by virtue of the mino-link at the seat stay-rocker interface. That gives her ride a 64.1° head angle, a 469mm reach, paired with a 437mm rear end and a 345mm bottom bracket height. 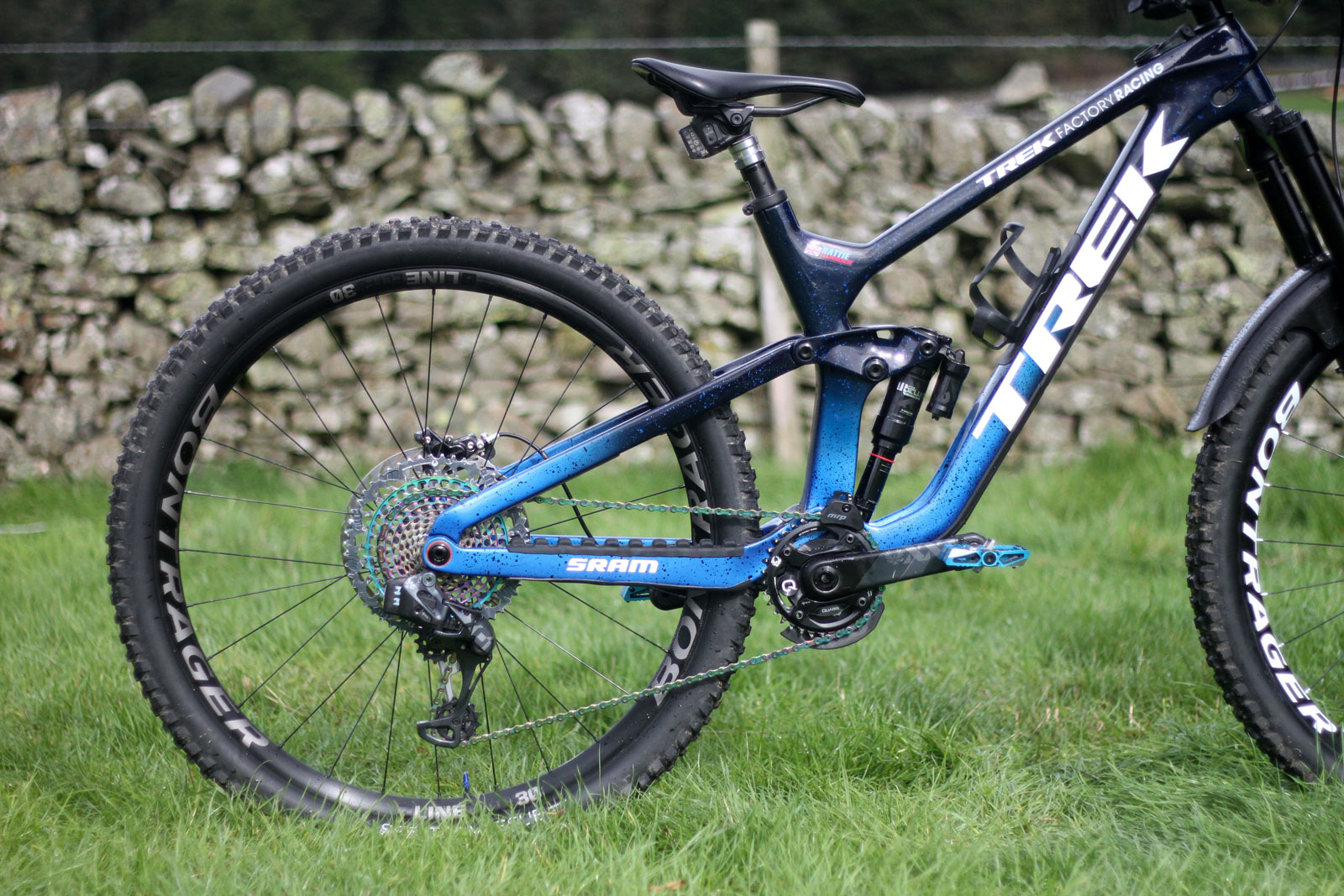 RockShox suspension delivers 170mm travel up front and 160mm in the rear, the latter delivered by the Trek-specific RockShox Super Deluxe Reactiv Thru-Shaft shock. Weighing 73kg, Hattie runs 175 PSI in the rear shock with 2 tokens. She runs zero clicks of compression damping, with the rebound set to 14 clicks from slowest. 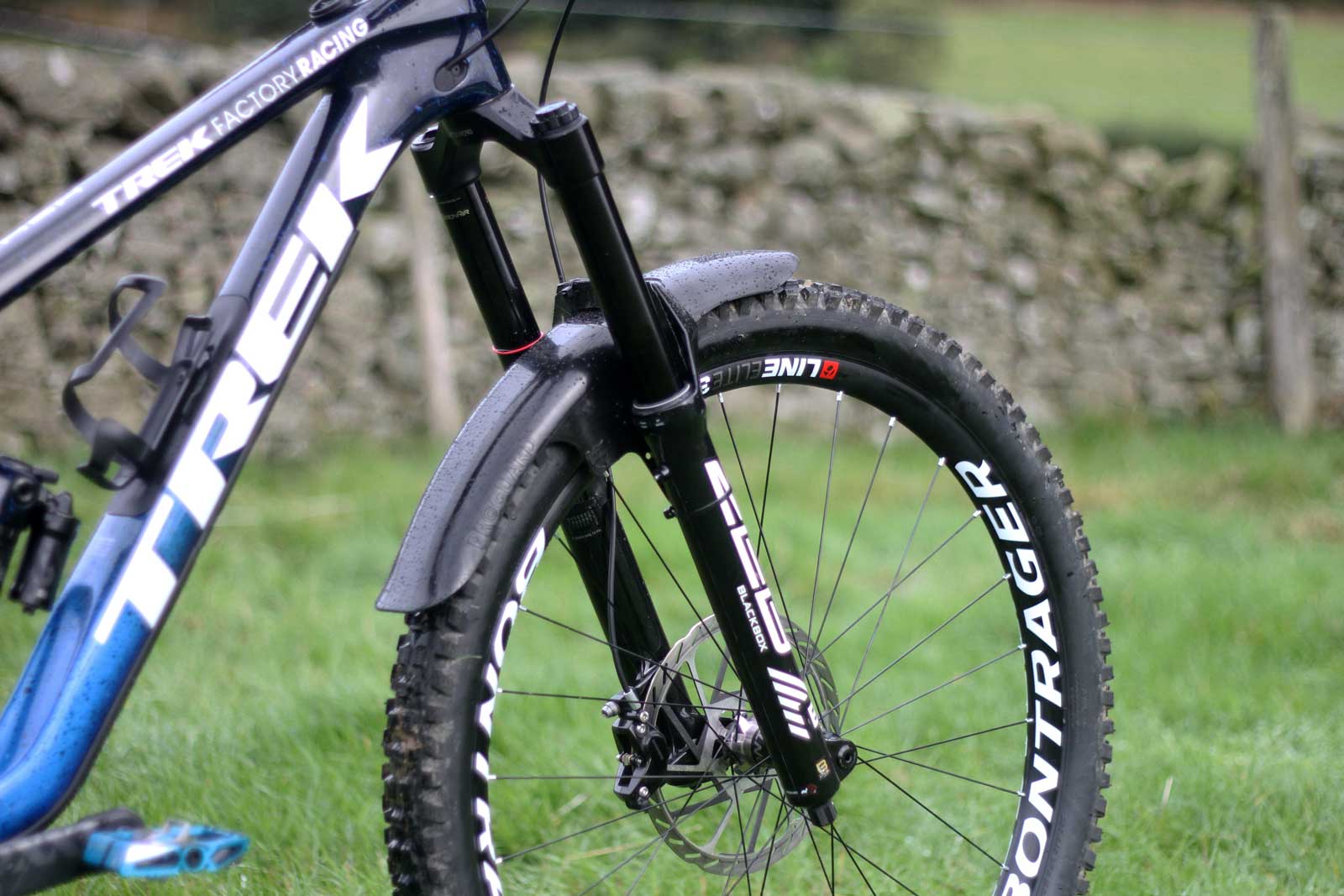 Appropriate to the conditions, Hattie opted for an RRP Pro Guard fender up front

Up front, the RockShox ZEB fork was BLACKBOX-marked, indicating a prototype. No, it’s not the recently released Flight Attendant electronic suspension fork in disguise, but it does run the same updated chassis with pressure release valves on the lower legs. 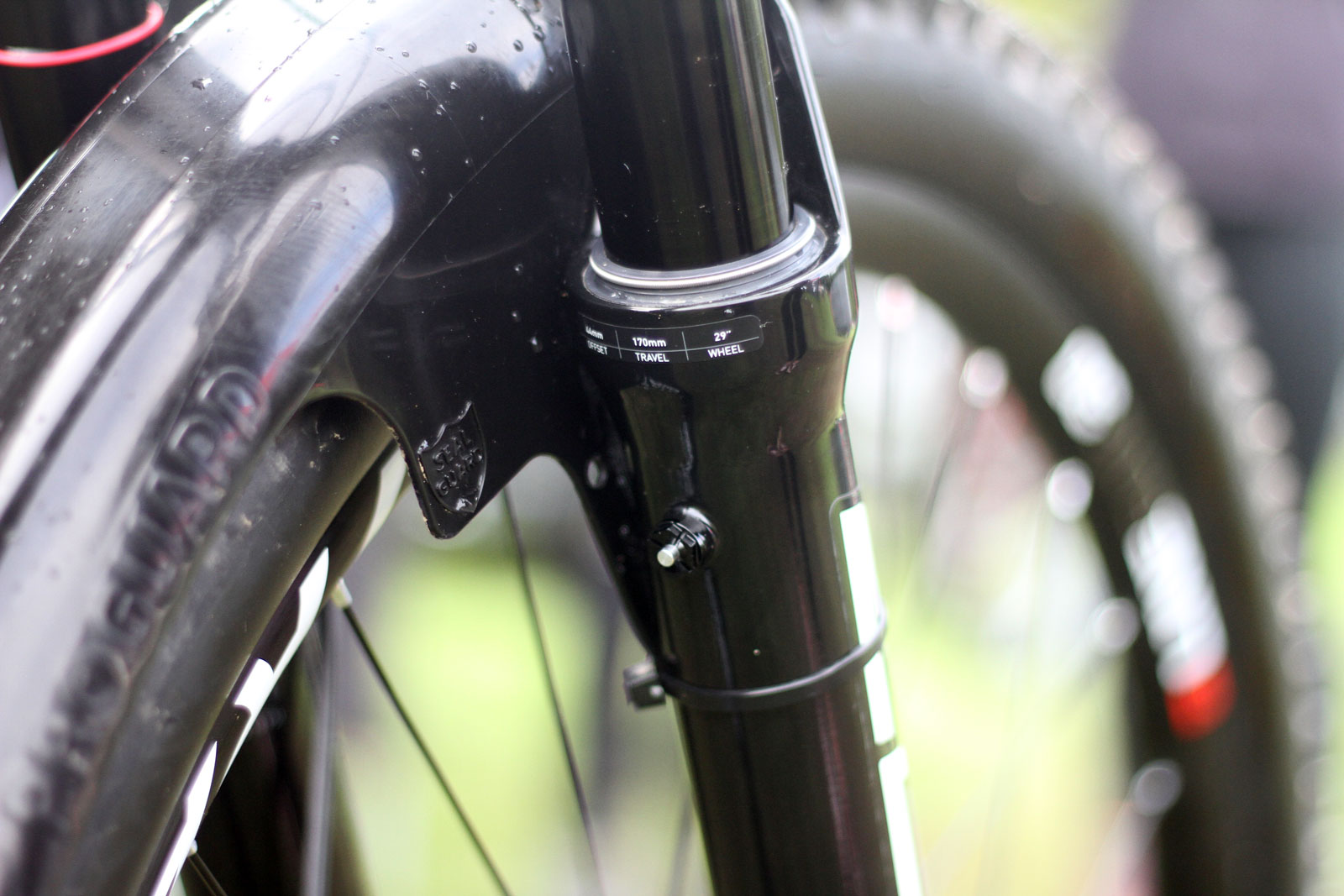 RockShox are yet to release the complete details on the 2022 range of forks that are to come, but Hattie’s Trek Slash indicates they could be home to a new damper cartridge, as indicated by the new compression adjustment dial seen here. It looks like it will offer external adjustments for both low and high speed compression. RockShox has declined to provide a comment on this. 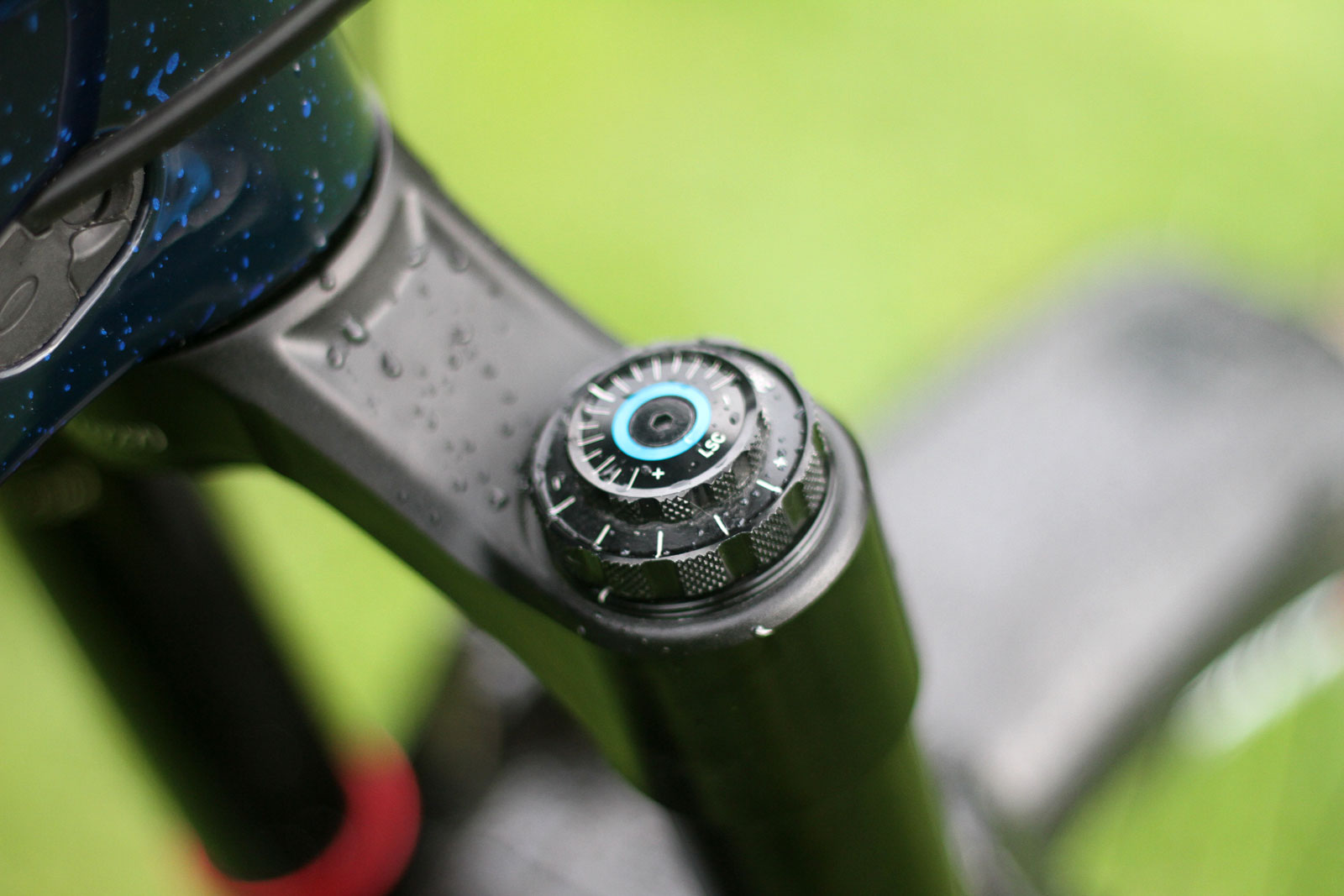 Hattie runs 73 PSI in the ZEB with no volume reducing tokens. High speed compression is set to fully open with LSC set to 8 clicks from fully closed. The rebound adjustment is set to 14 clicks out from the slowest.

Tire choice was very important for this race where trail conditions were very muddy and off-camber on some high-speed sections. Hattie opted for the Bontrager Team Issue SE5 (enduro casing) on the rear; the front tire hot-patch was sharpied-out. These were setup tubeless (pressures incoming) on Bontrager’s Line Elite 30 alloy wheelset. 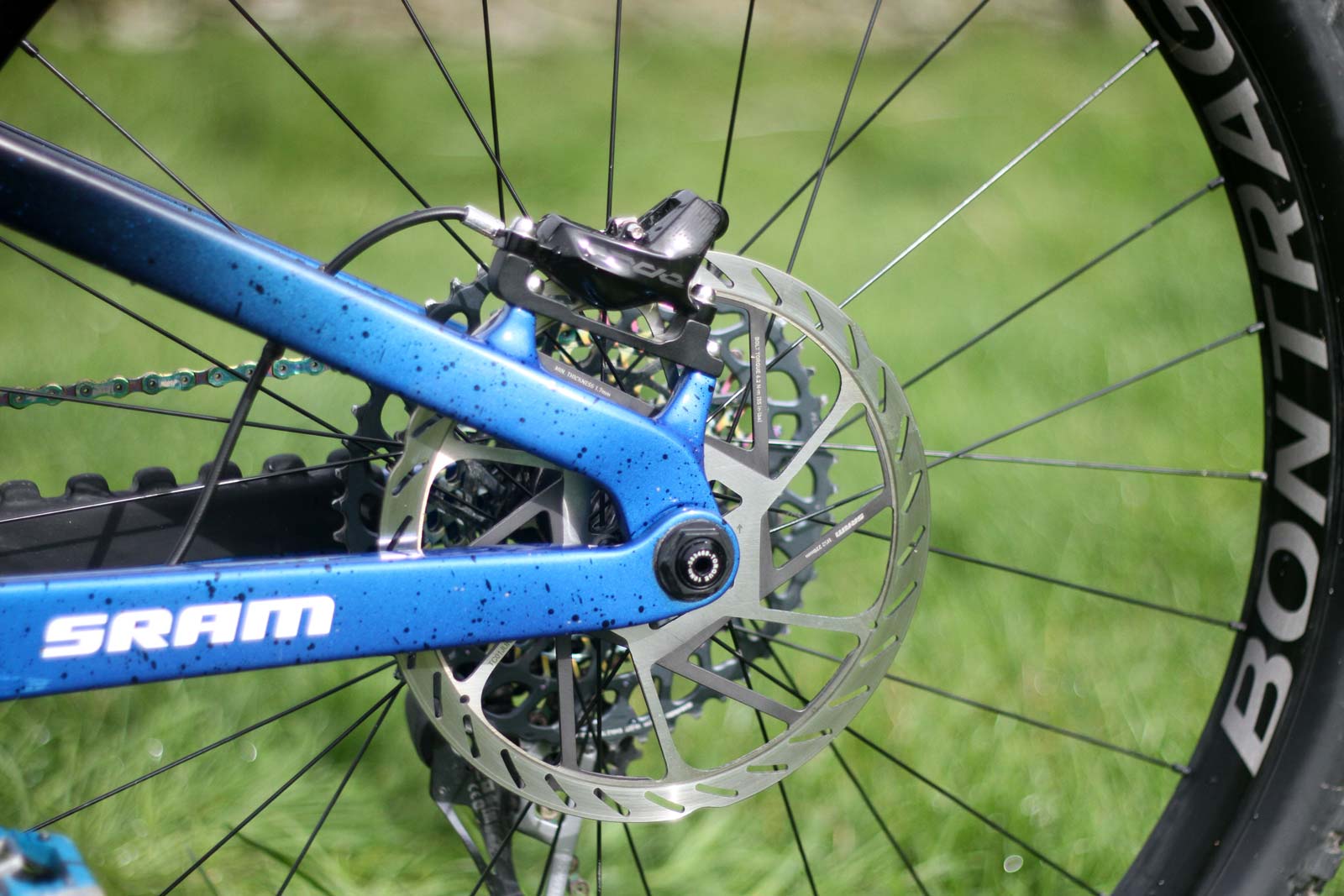 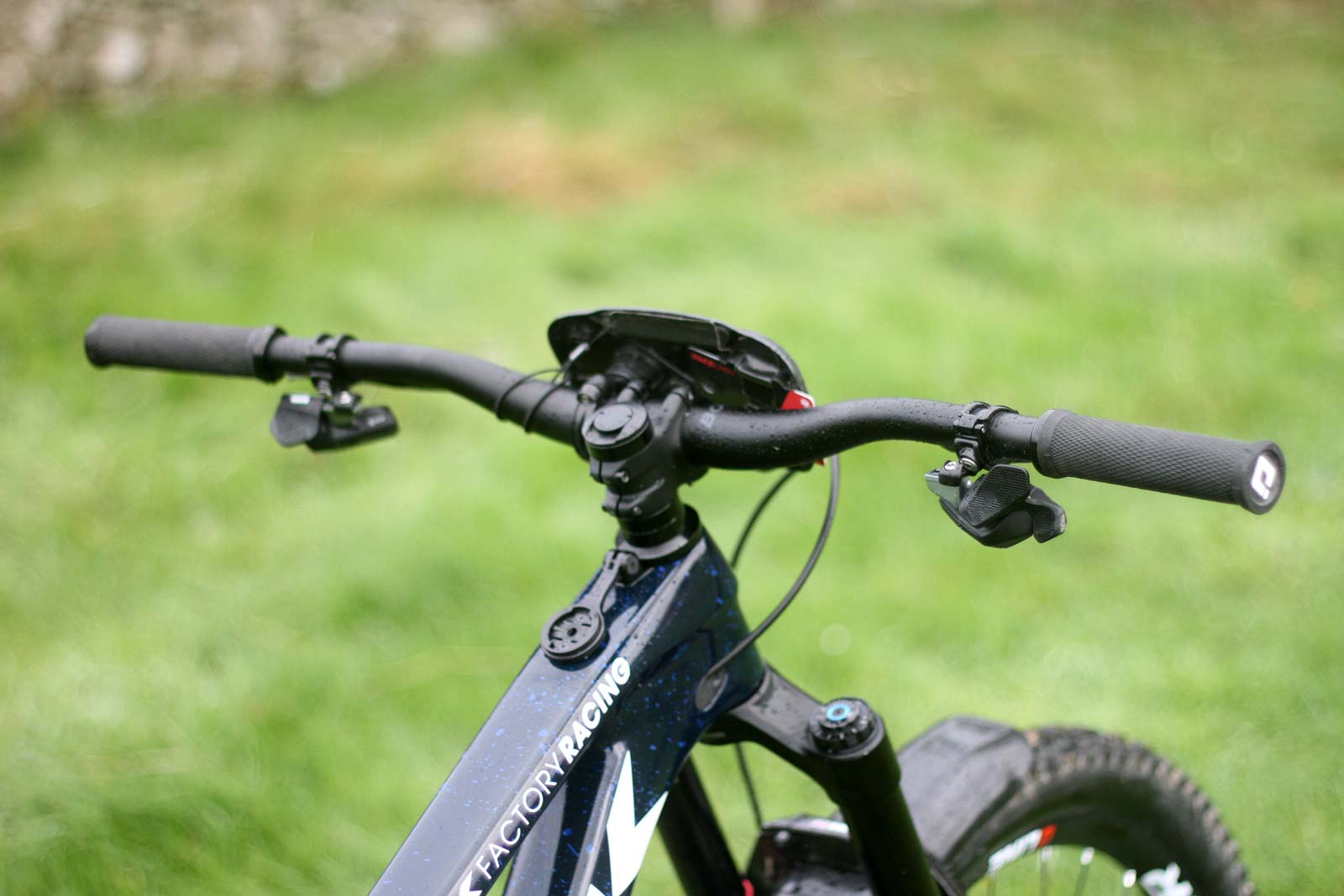 In the cockpit, Hattie runs a Bontrager alloy riser bar cut down to 760mm, fitted with ODI Grips; for more comfort, she cuts the outboard edge off the top of the grips to make the surface flat all the way to the end. To keep check on timings and her power output, Hattie mounts her Garmin on the top tube via the Bontrager Pro Blendr Knock Block Computer Mount.

Tucked away inside the steerer tube is a Bontrager BITS Integrated MTB multitool, home to 2, 2.5, 3, 4, 5, 6, and 8mm hex keys along with a T25 and flat-head screwdriver. Hattie is able to carry more tools and spares in the internal frame storage cavity underneath the water bottle cage. 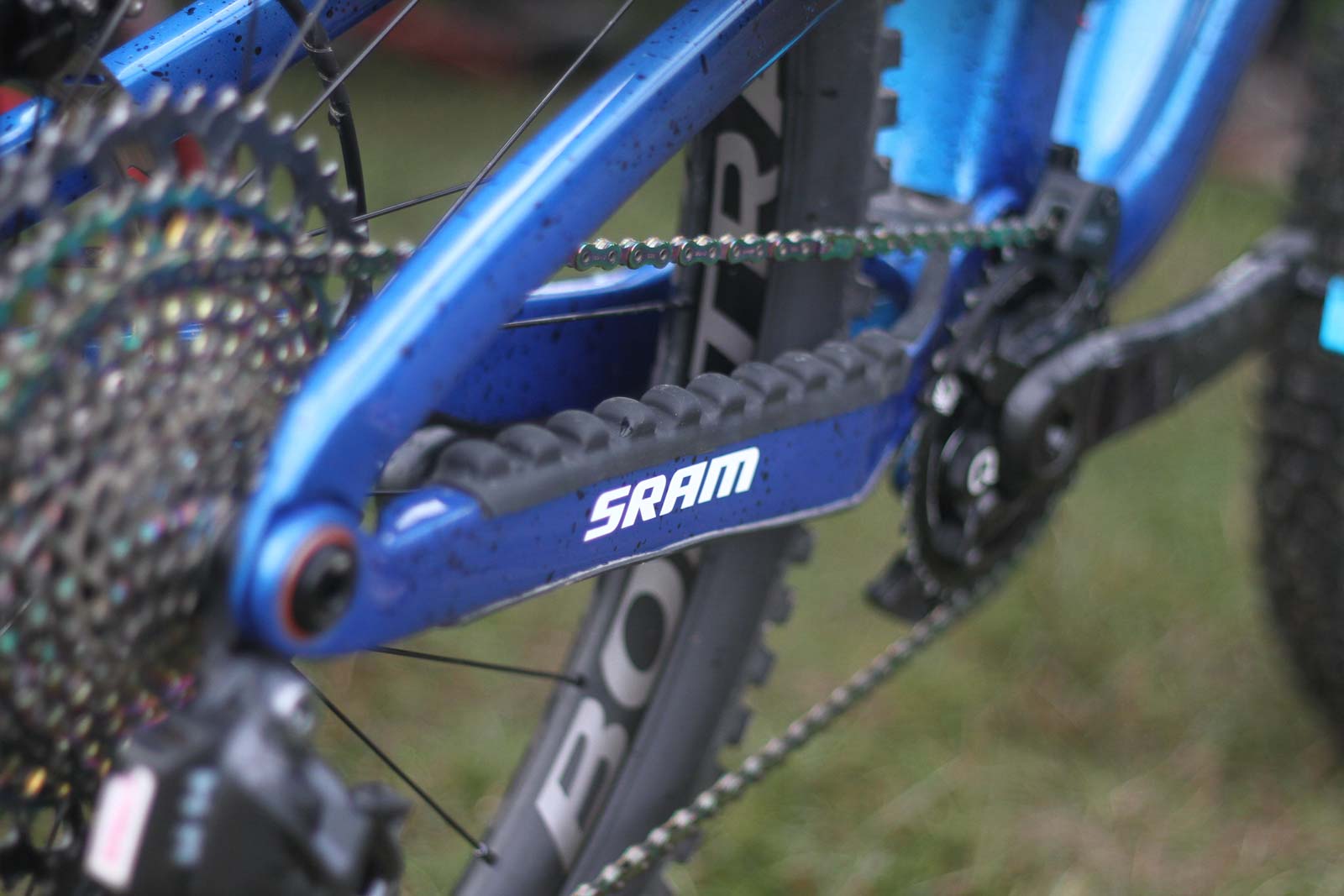