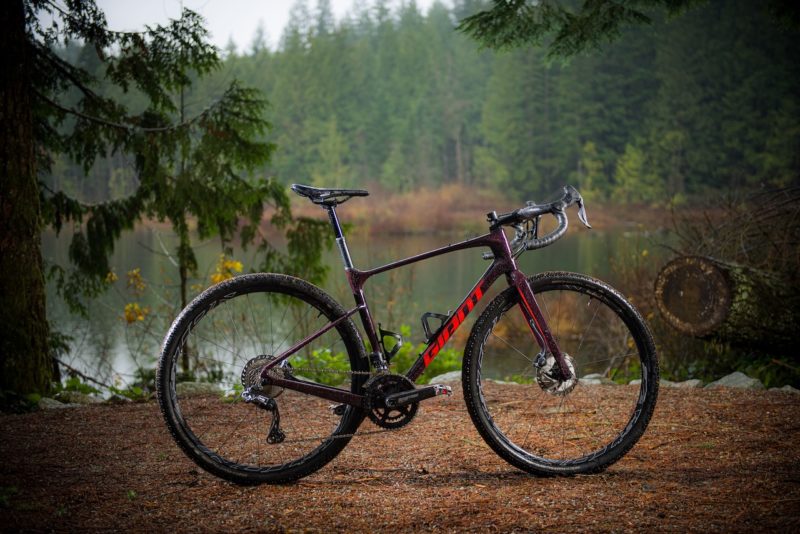 While taking on more than a dozen gravel and mountain bike races might seem like a busy summer ahead, that’s nothing compared to Michael van den Ham’s Fall cyclocross schedule, packed with domestic and international race targets. But that’s business as usual for the longtime cyclist. 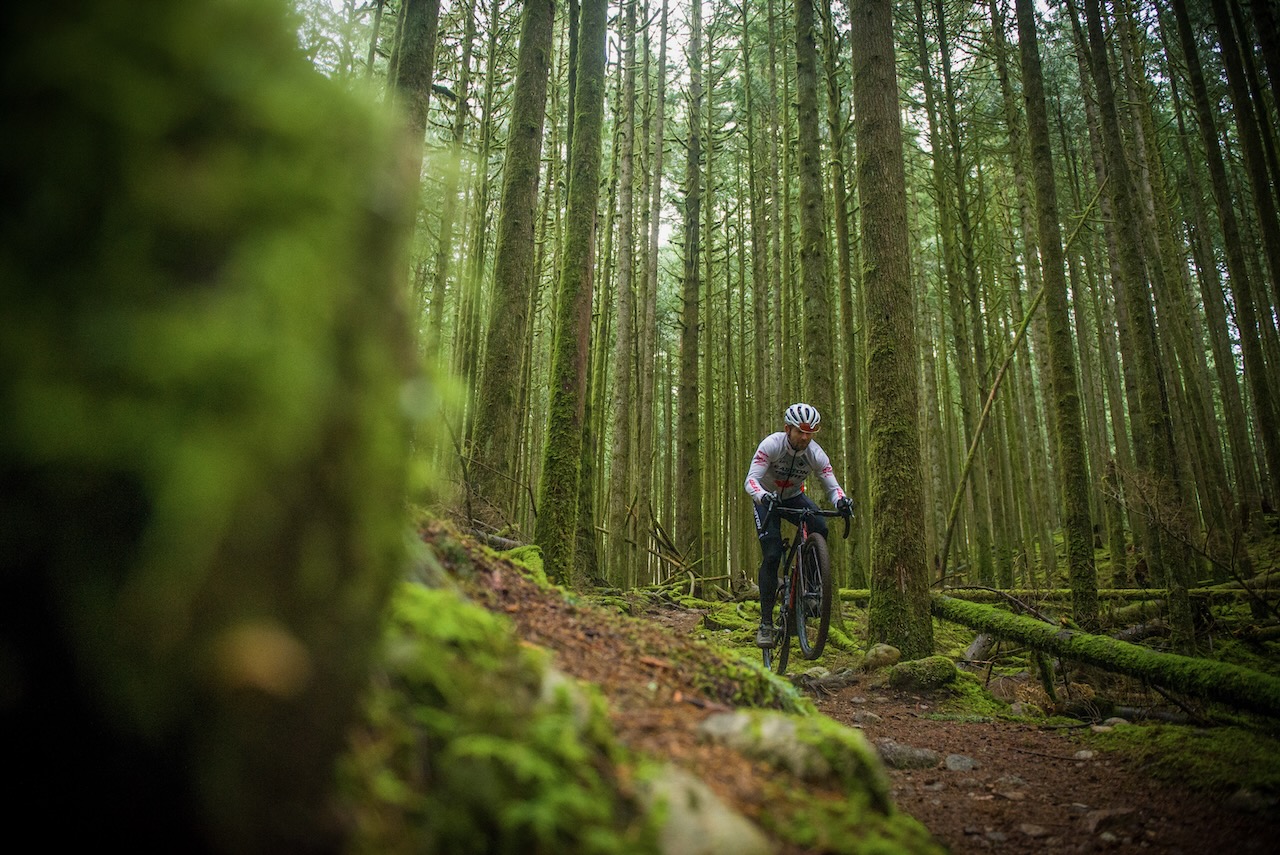 What is different is his tighter focus on gravel—pushing limits on the updated Giant Revolt gravel bike before shifting to ‘cross. 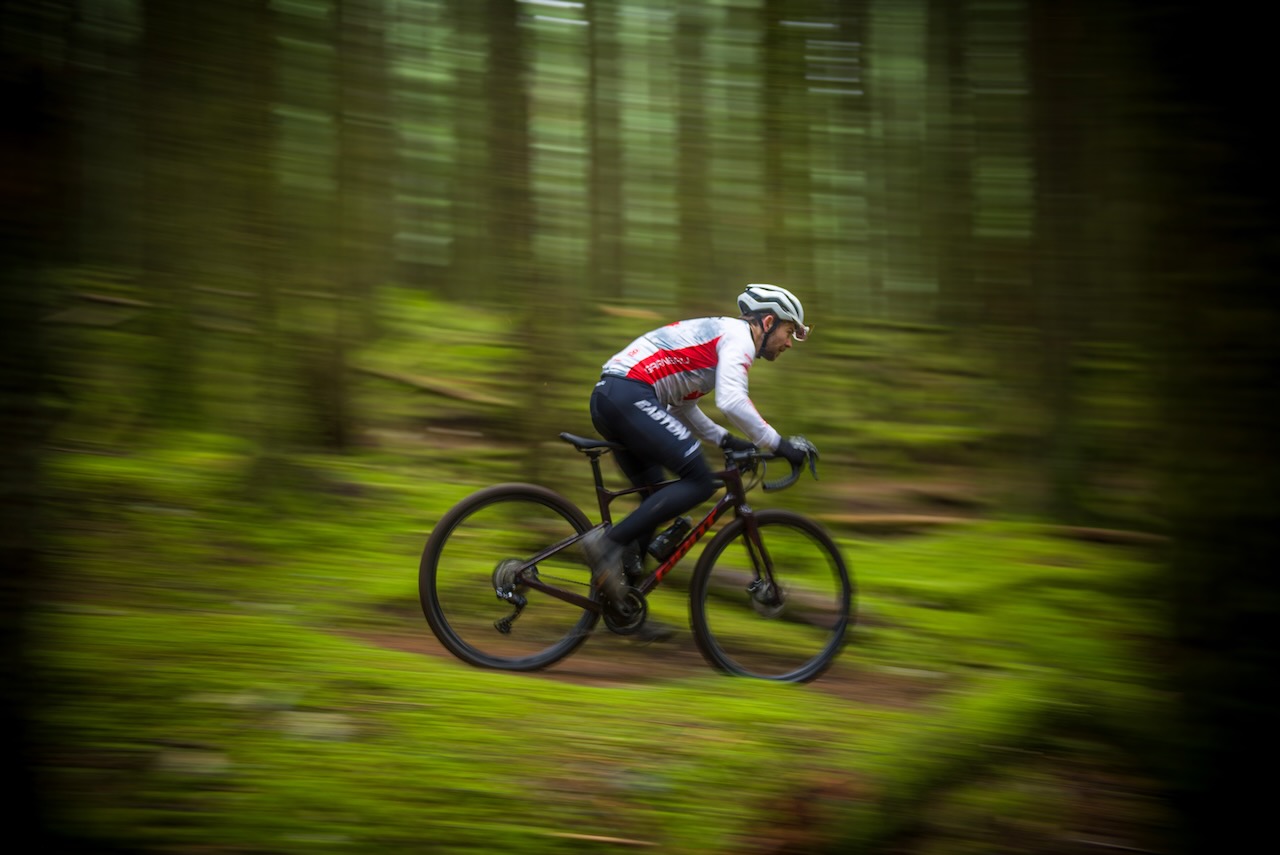 Despite just finishing the cyclocross season at World Championships in Arkansas, van den Ham is almost immediately pivoting to gravel—a shift that doesn’t just require a change of bike, but a major change in training strategy. 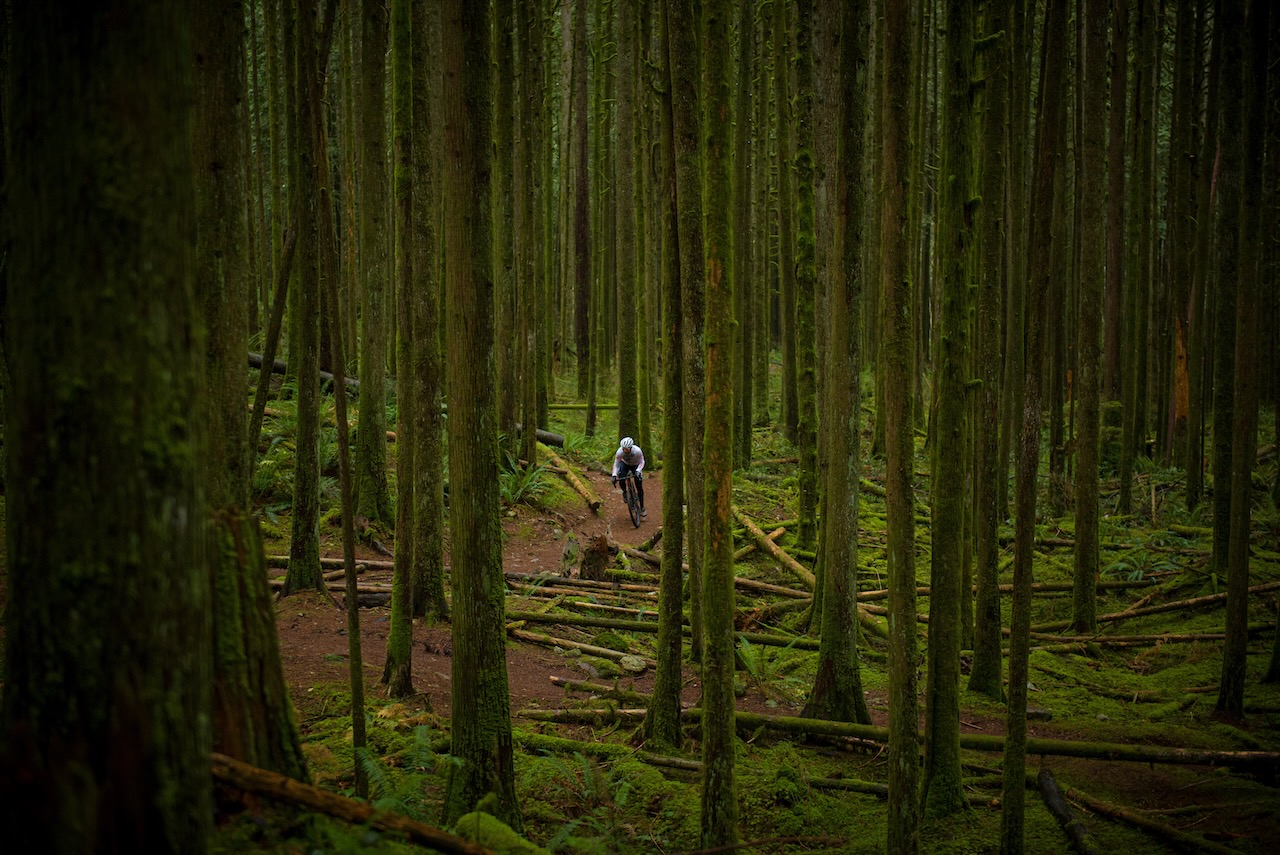 Michael’s season started March 12 at MidSouth in Oklahoma (where he finished 18th overall), before heading to Sea Otter and then returning to Canada for Paris to Ancaster, racing almost every weekend through the summer. His schedule includes some mountain bike racing in Canada, and while he loves racing on the trails, he’s also serving as MTB Head Coach with DEVO—the youth arm of the Escape Velocity Cycling Club in Vancouver—for the upcoming year. Then, it’s onto a full cyclocross season. 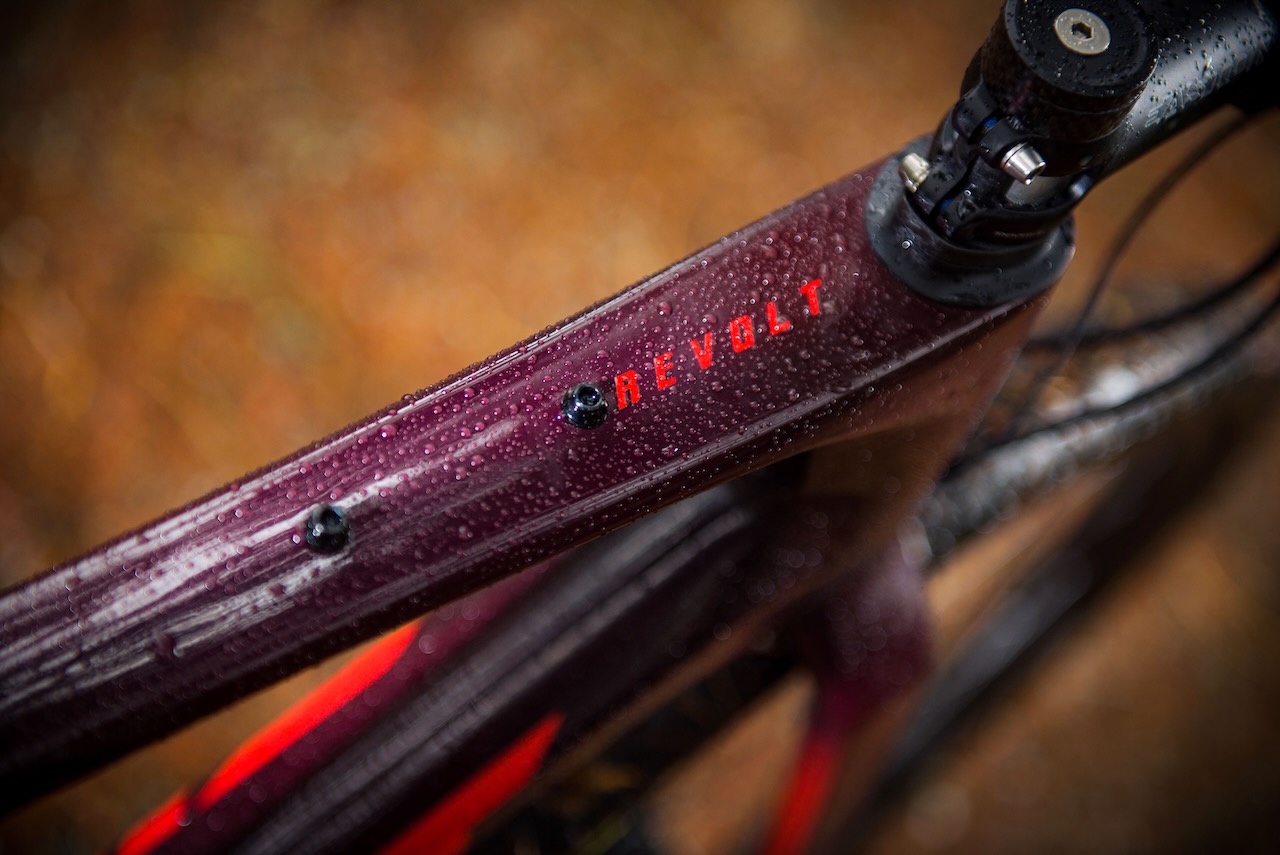 “I’m really excited about gravel racing this season,” van den Ham says. “The new Revolt is noticeably lighter, feels a little snappier without losing stability, has more tire clearance, gives me the option to run a dropper, and has mounts for just about anything I could imagine. It’s going to be just as comfortable racing MidSouth as it will be riding the technical single track and chunky FSRs in my backyard in Chilliwack, BC.” 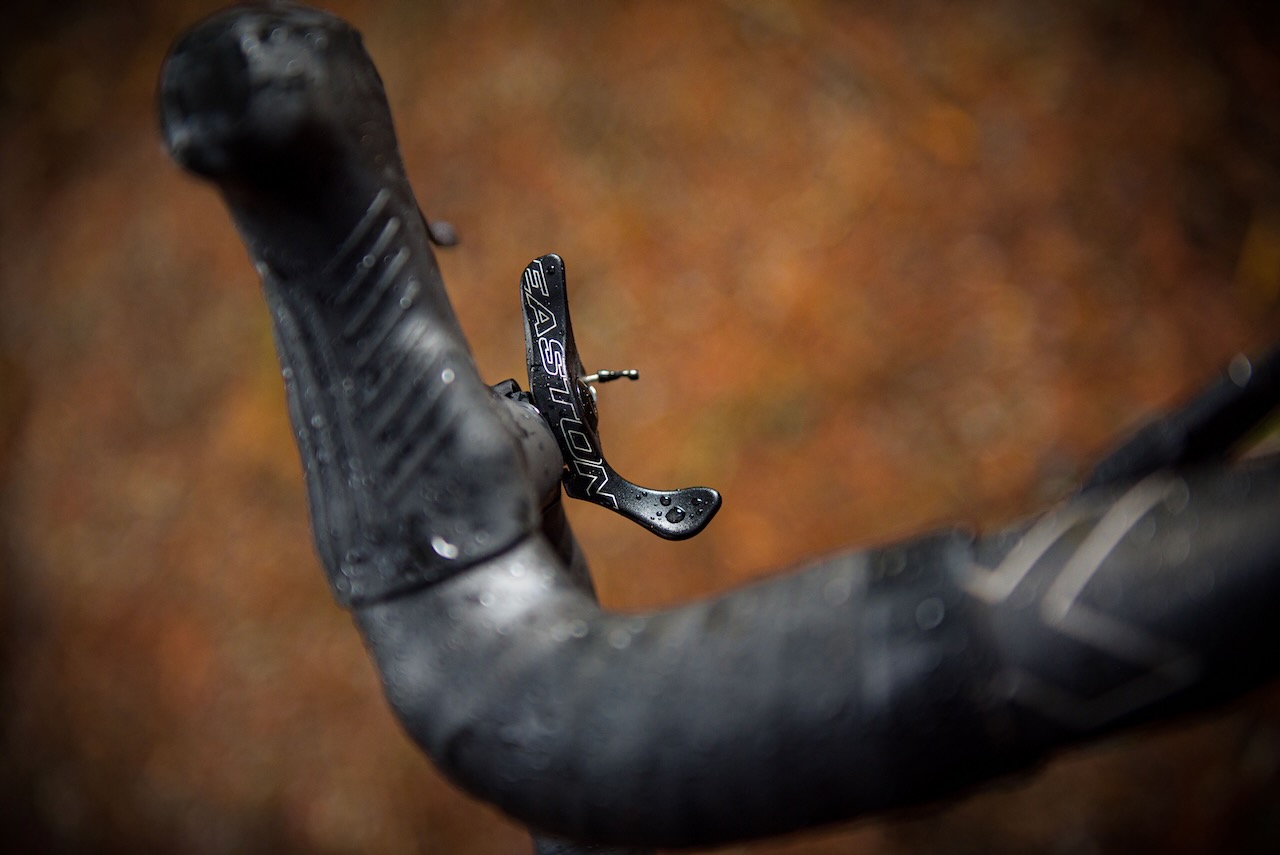 “I used to try and set up all my gravel bikes to be as close to my ‘cross bikes as possible, but lately I’ve started to go in the complete opposite direction. The way I look at it, I already have a ‘cross bike, so I want my gravel bike to be about as far from that as possible to really expand my riding zone with a dropper post, 50c tires, and a double ring. It’s pretty easy to go from that more gravity gravel setup one weekend to a much racier feeling set up the next. Just flip the chip, put some 40c tires on, and you have a snappy-feeling gravel race bike.” 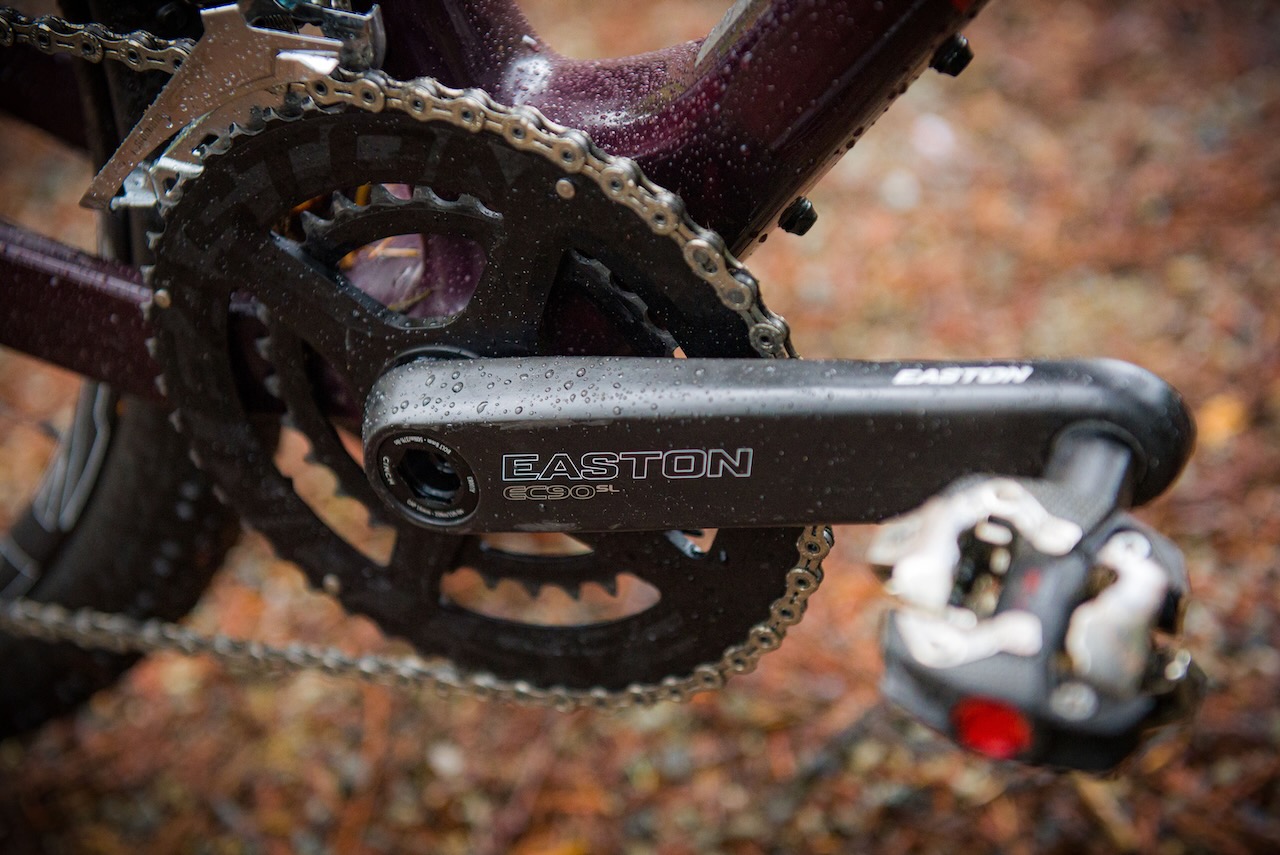 The other big difference this year is that he’s going all-in on himself as an athlete, opting for a privateer program that will allow him to focus on what matters most: racing hard. With new representation through Inspire Athlete Management (IAM), the 29-year-old Canadian has big plans for the season ahead. “Michael is exactly the kind of athlete we love to work with,” says Simon Williams of IAM. “He’s dedicated, focused, and talented, and with the right program in place, we believe he can do great things in cycling.” 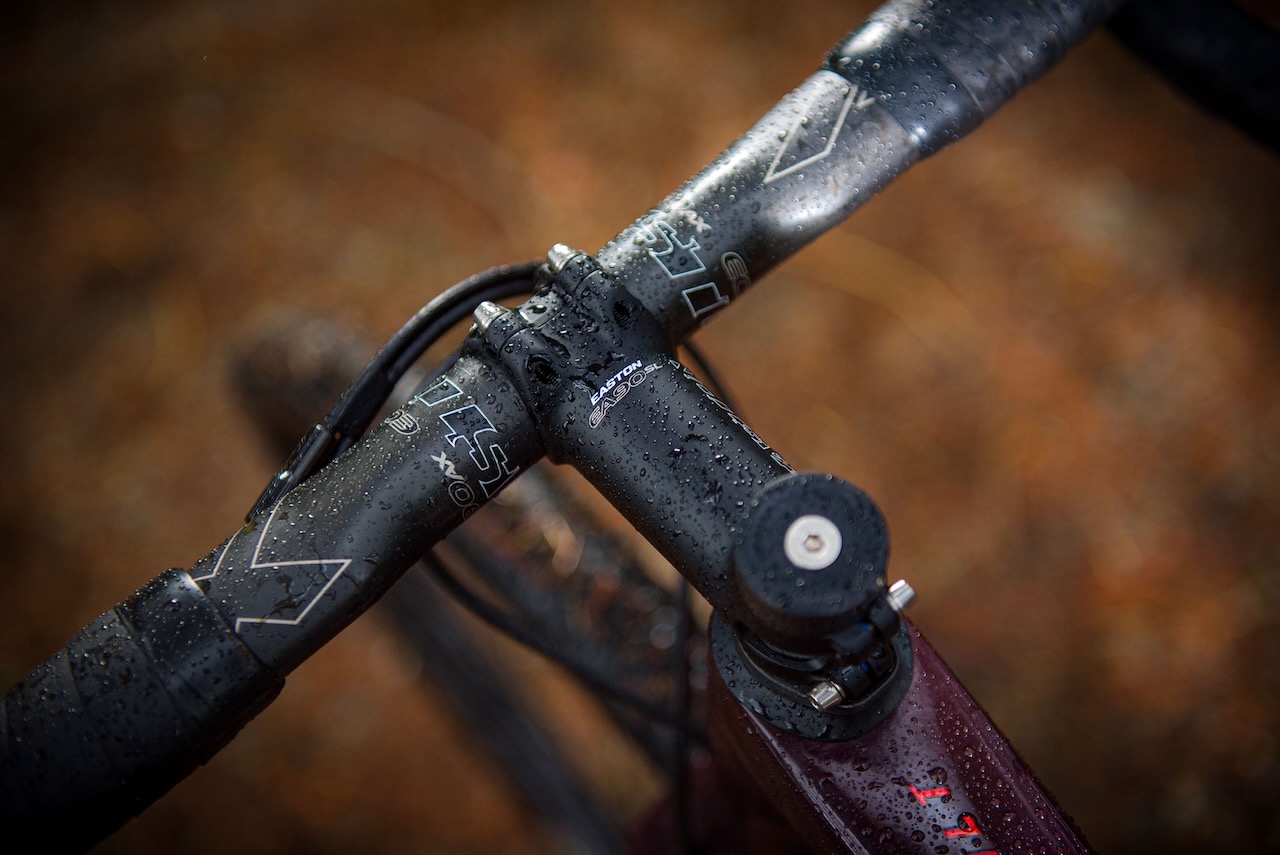 Williams’ sentiments are echoed by Steve Devantier, the Marketing Supervisor at Giant Canada: “Michael has always worn his heart on his sleeve, and it’s his honesty and passion for cycling that first grabbed our attention. Having an athlete as genuine as Michael representing our brand has been amazing, and one of the big reasons we were excited to sign with him for another two years. That, and he’s pretty quick on a bike.” 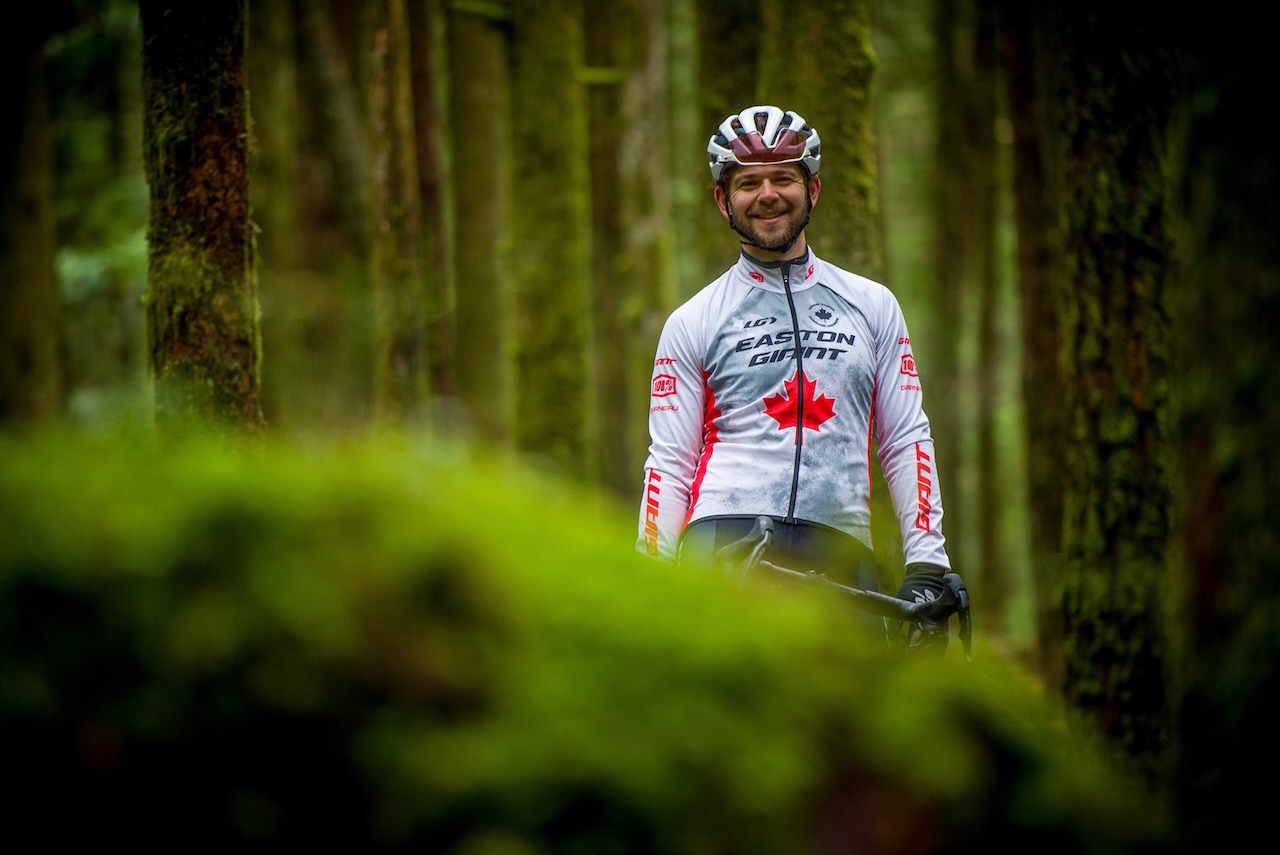 “I’ve always run my own program. I’ve never been on road teams, I’ve never been on a big cyclocross team—or at least, when I was, it was one that I was running! But these the past couple of years, I realized I was just spending so much energy and effort trying to make all these things happen, and the work required to run my own program was crushing me and affecting my ability to train and race effectively,” van den Ham explains. “I wanted to take it off my plate so I could focus on the real work I’m doing with racing. I feel like my entire career has been realizing that I don’t know what I’m capable of until I commit to doing something all the way.” 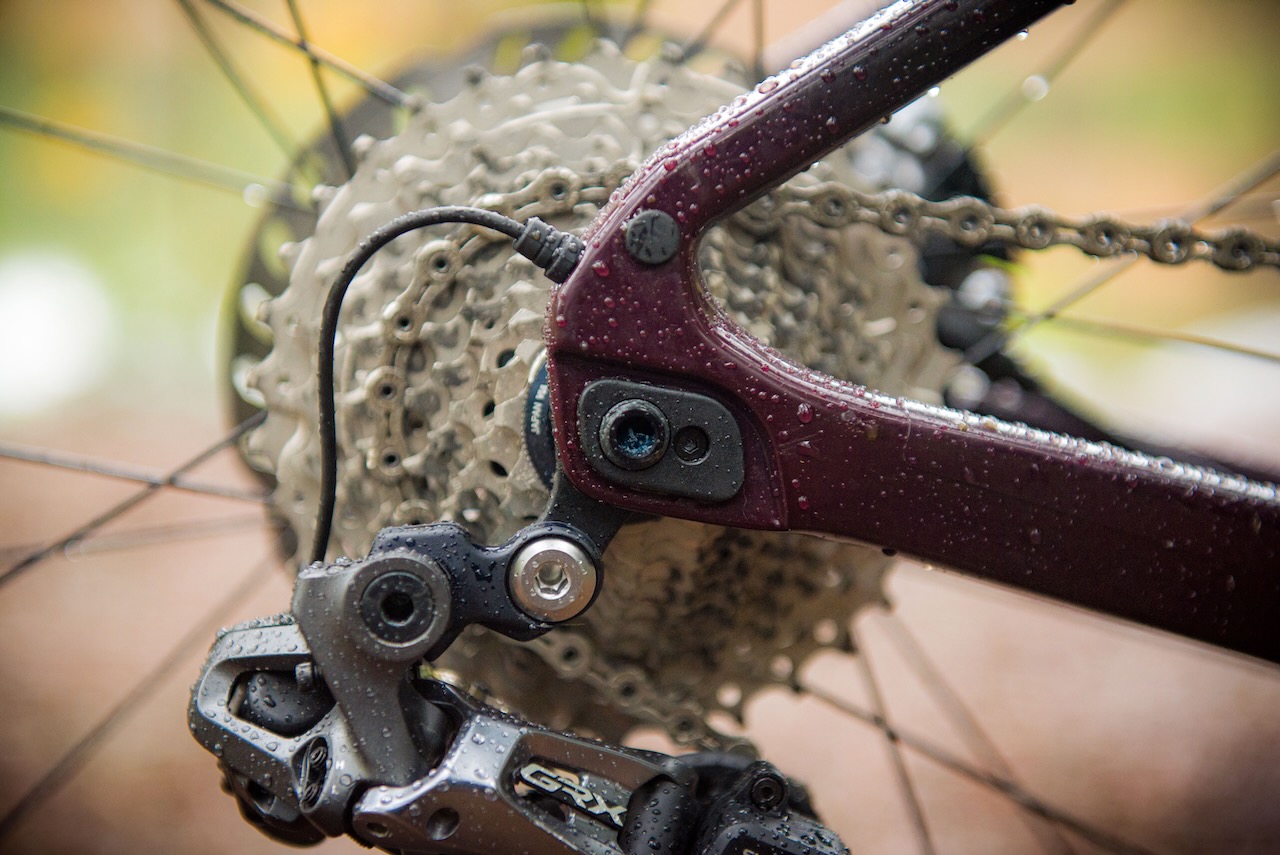 Already on board for the 2022 season are longtime partners Giant, Easton, Garneau, Robert Axle Project, and Challenge Tires. “Easton Cycling has been onboard with Michael since 2014, and we’re excited to support his new privateer program as he tackles a larger endurance schedule, ahead of his already expansive cyclocross calendar,” says Matt Hornland of Easton Cycling. “He continues to be the nicest Men’s Canadian Cyclocross National Champion we’ve ever sponsored and was a crucial part of getting the Easton Overland team off the ground. We’re stoked to support him again in 2022, alongside our friends at Giant.” 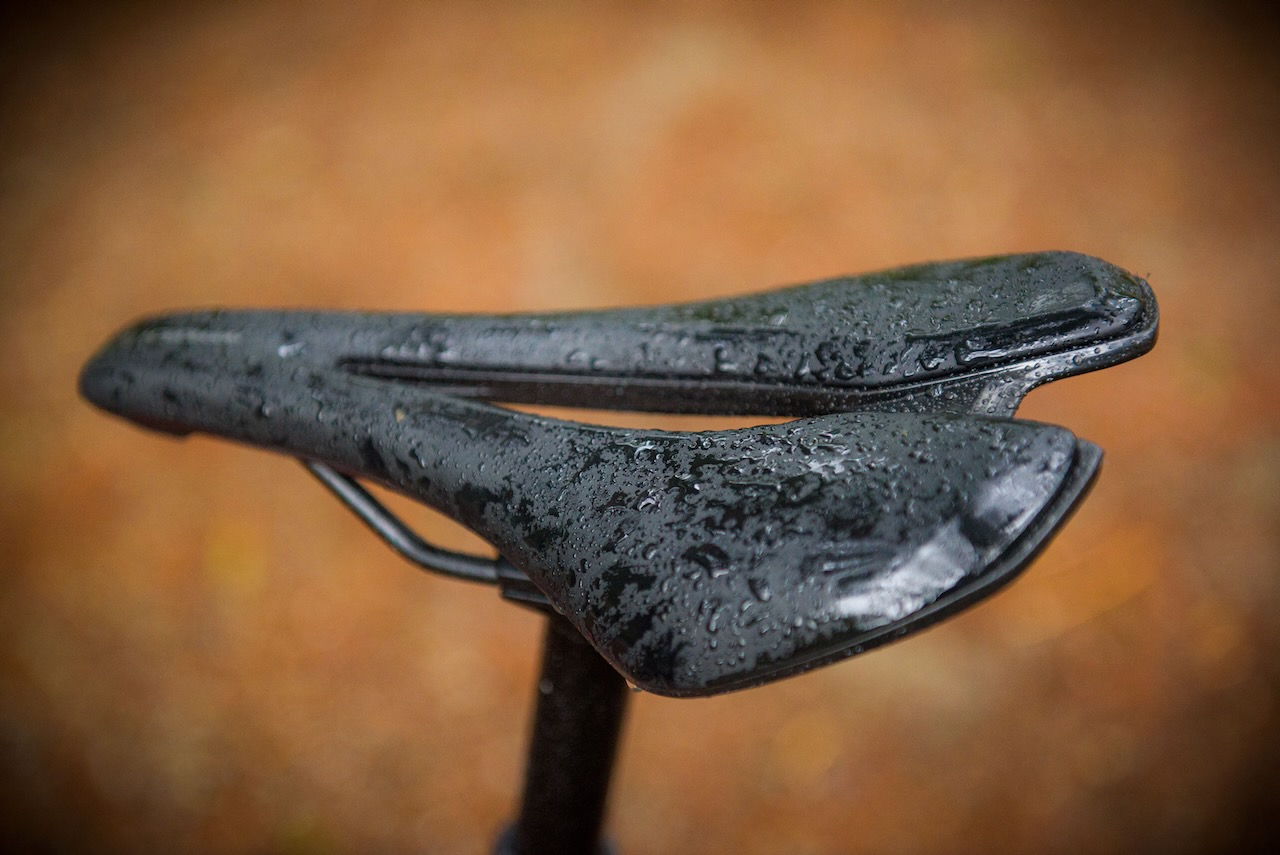 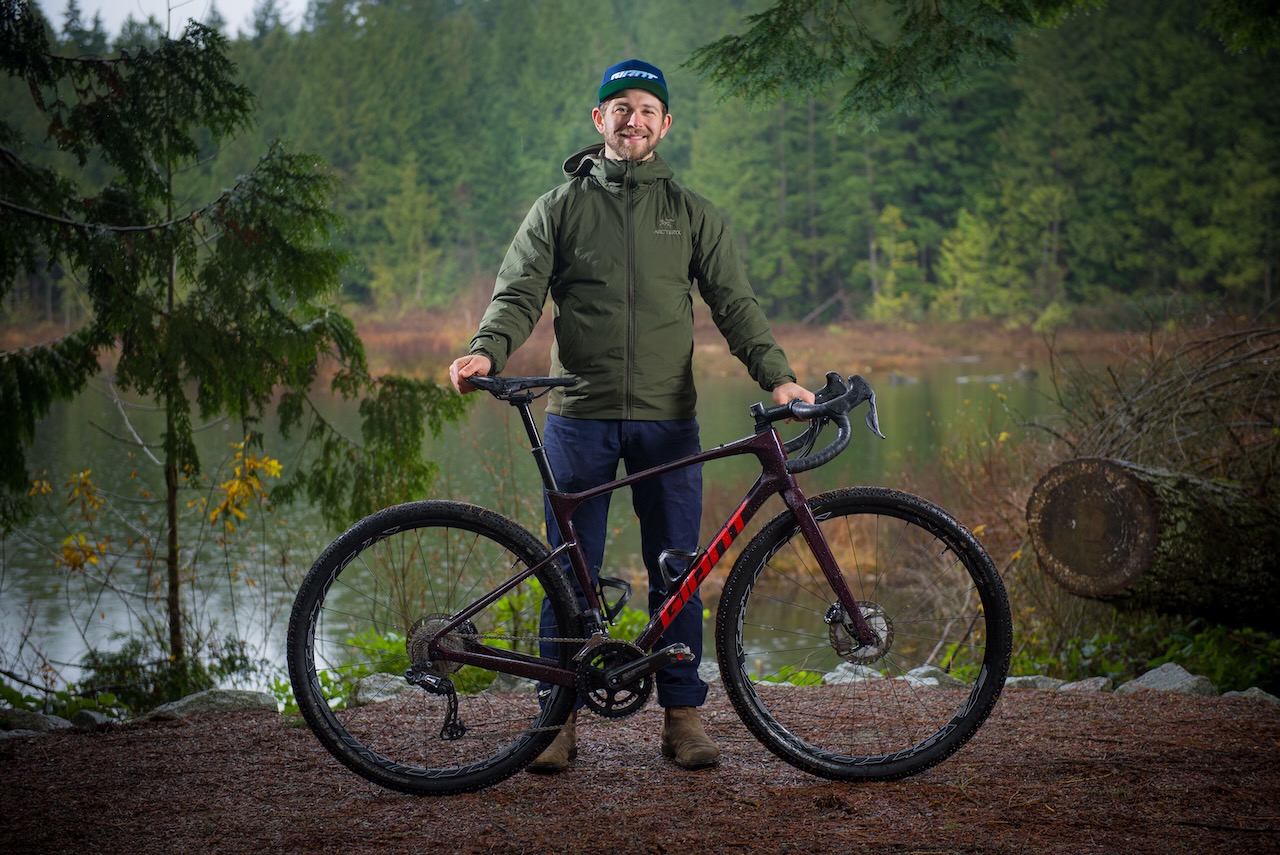 Wonder what that bike weighs in at with the dropper and GRX800 group?

I tried buying one but they’re not available until end of summer or next year.

I guess I should weigh it eh? I took the dropper off for MidSouth, but could probably run the math and figure it out!

Sometimes it’s best not to know.. If the bike feels right then just pin it!