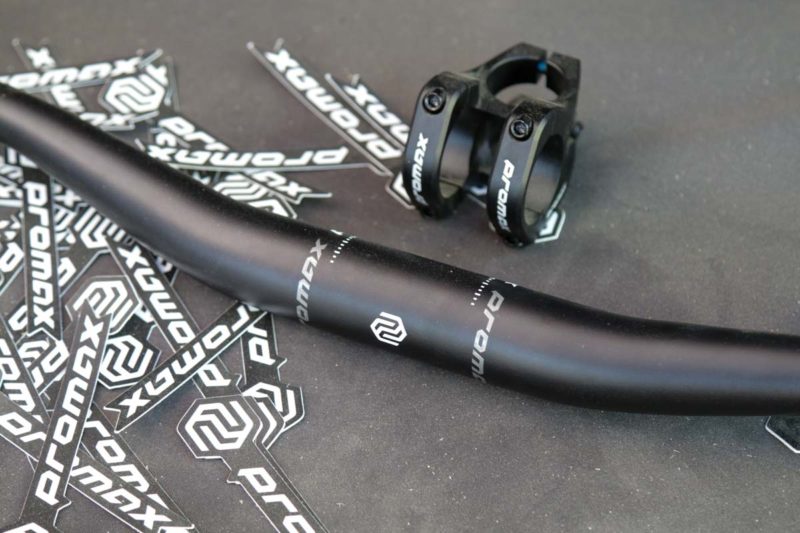 Promax components are probably best known for brakes and BMX products, but they’ve been edging into the world of mountain bikes. Now, that product family is growing with the addition of some new aluminum MTB cockpit parts, starting with aluminum bars and stems. 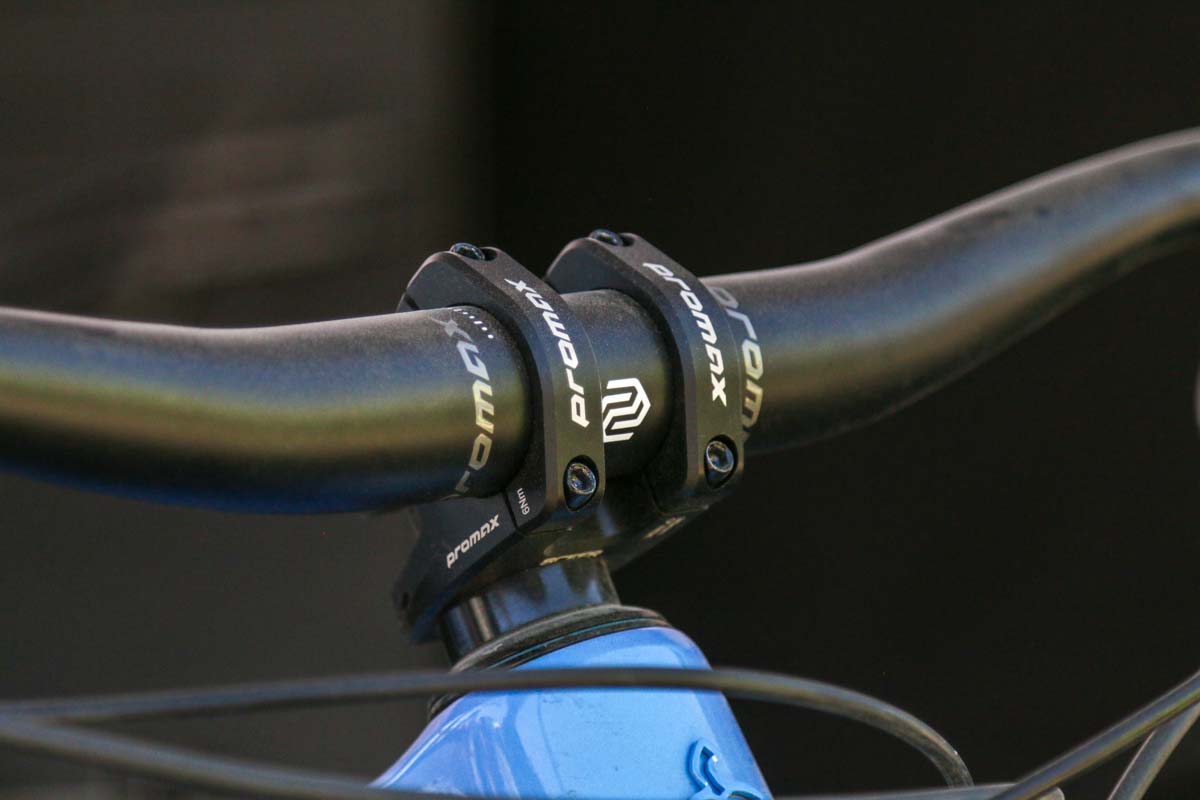 On display at Sea Otter, Promax had an attractive new 35mm setup with a 7000 series aluminum alloy handlebar. These will be part of a new line of parts that will consist of bars, stems, and seatposts, and will be offered in three different tiers. 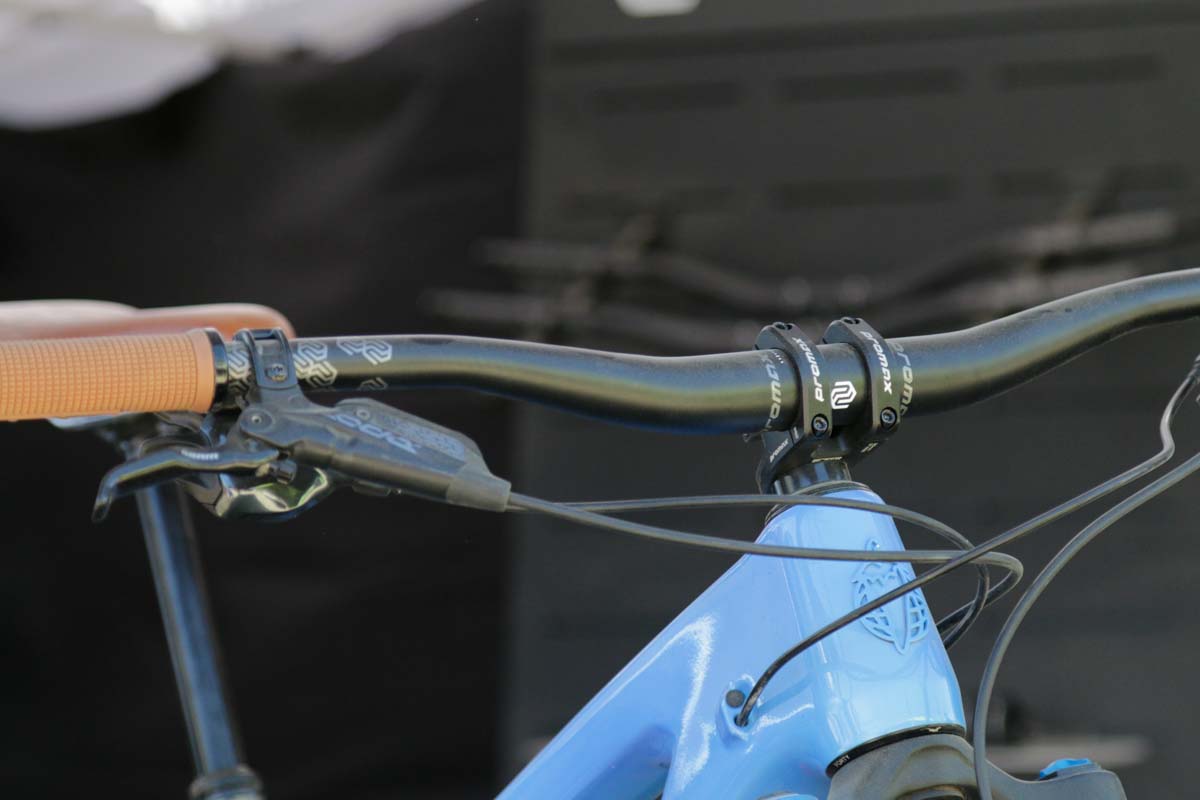 This particular setup will include a $75 handlebar and an $85 stem, which both claim to have competitive weights though none have been released so far. The handlebars will be available in 20, 30, or 40mm rise, and there will be a 31.8mm option in both bar and stem as well (the 31.8mm version will be priced lower, likely at $50 for the bar). 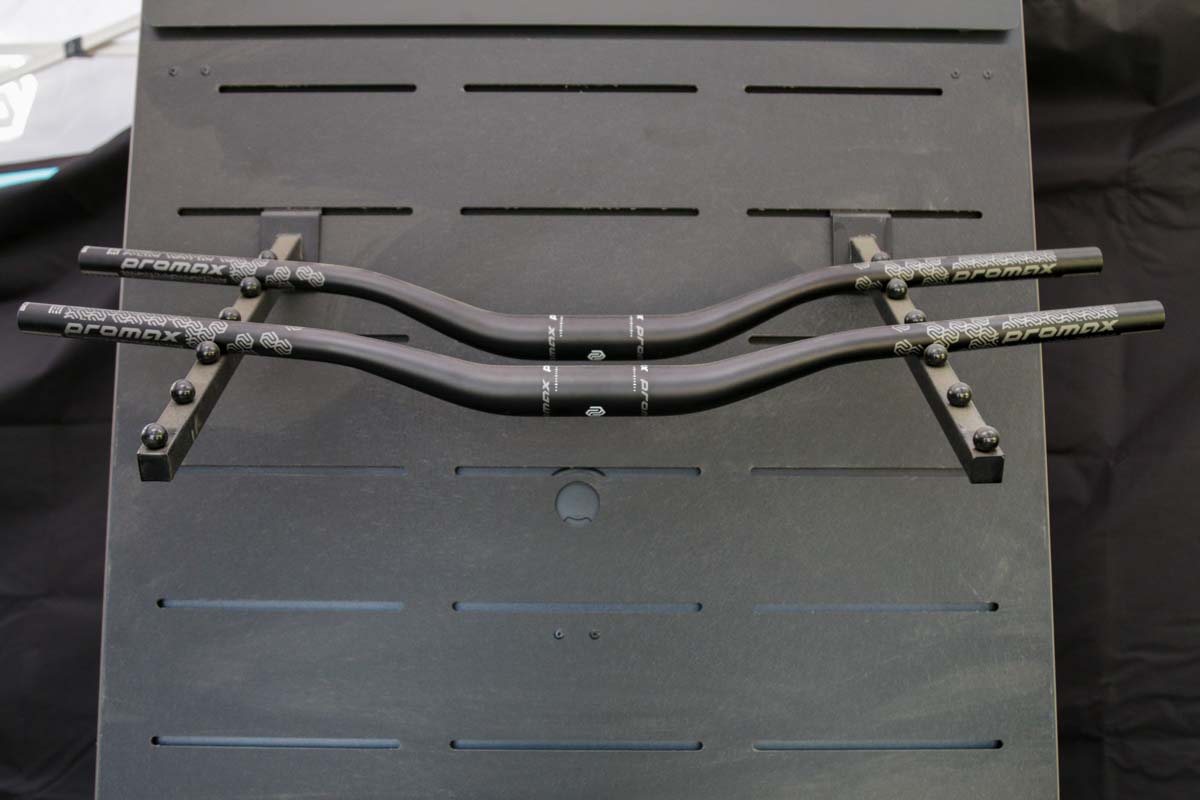 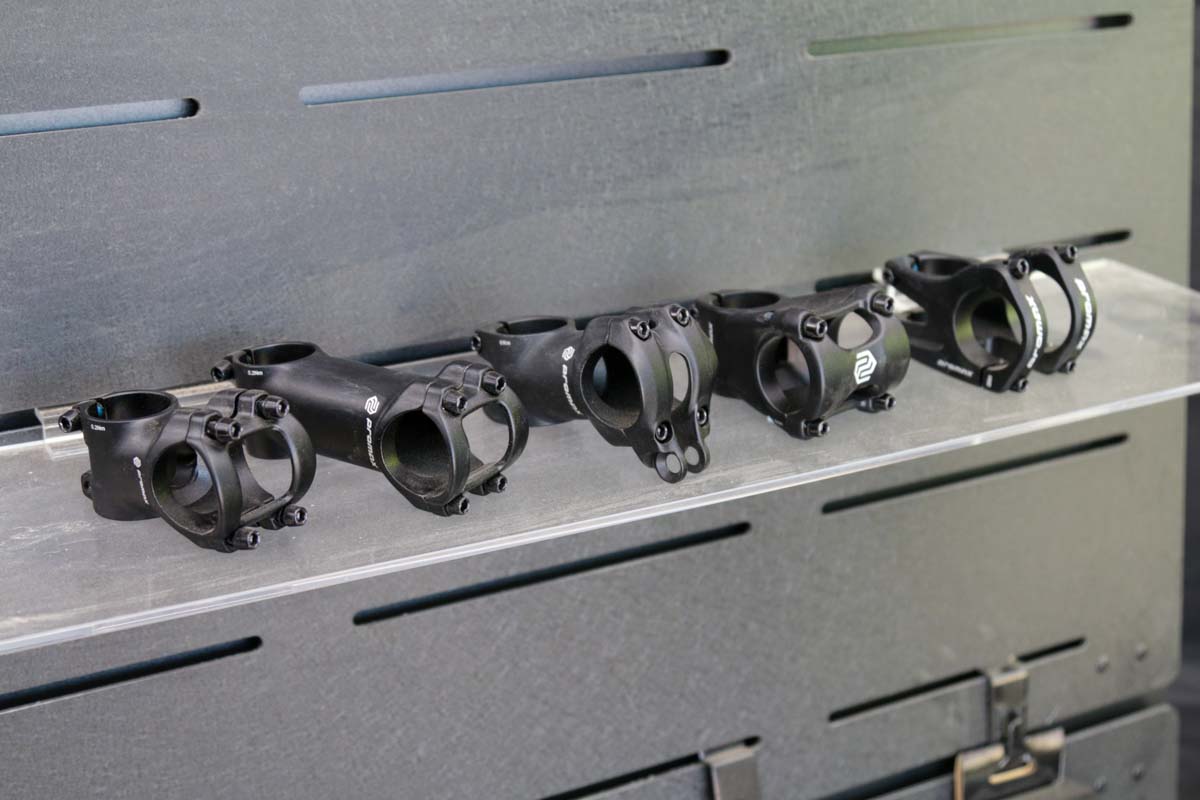 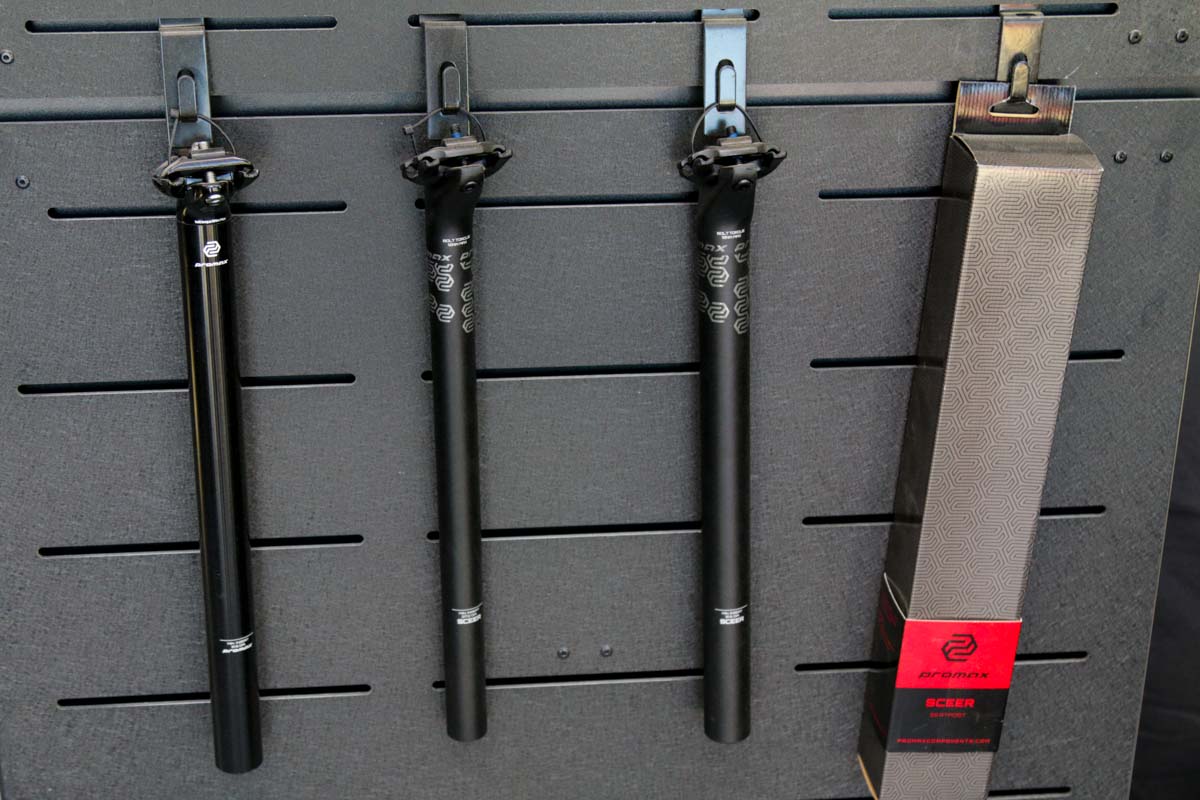 Full details are still to be released, but expect to see these available in late May or early June.