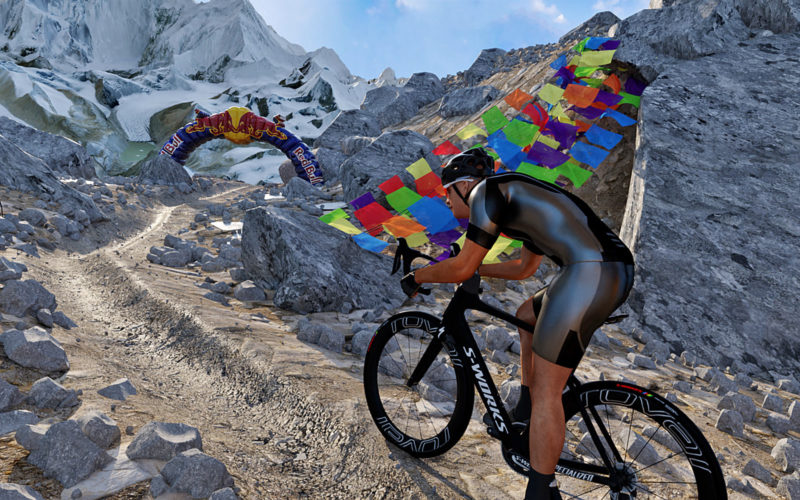 A few months Race Republic teased us with a new indoor training platform that would take Everesting to the next level, by letting you climb Everest by road bike, virtually from the (dis)comfort of your home trainer. Now it’s ready, and you can take on the infamous mountain in a project they say will let you “Get High With Floyd Landis”.

Race Republic, it seems, is an offshoot project from Floyd’s of Leadville, and word on the street (internet?) is that both ex-pro cyclists Floyd Landis and Dave Zabriskie will join riders in a virtual attempt to break the current 6hr42min Everest record. The first of many virtual challenges to come.

This month they debut with a virtual, photo-realistic ride up Mt. Everest. At 8849m and 160km long / 29,032 feet x 100 miles, the Race Republic virtual Everesting challenge gives you an average 6% grade to push for almost 7 hours if you are aiming for a KOM (while 10 hours might be a more attainable target!)

There’s even a short course option to make it twice as steep, but squeezed into 50 miles! 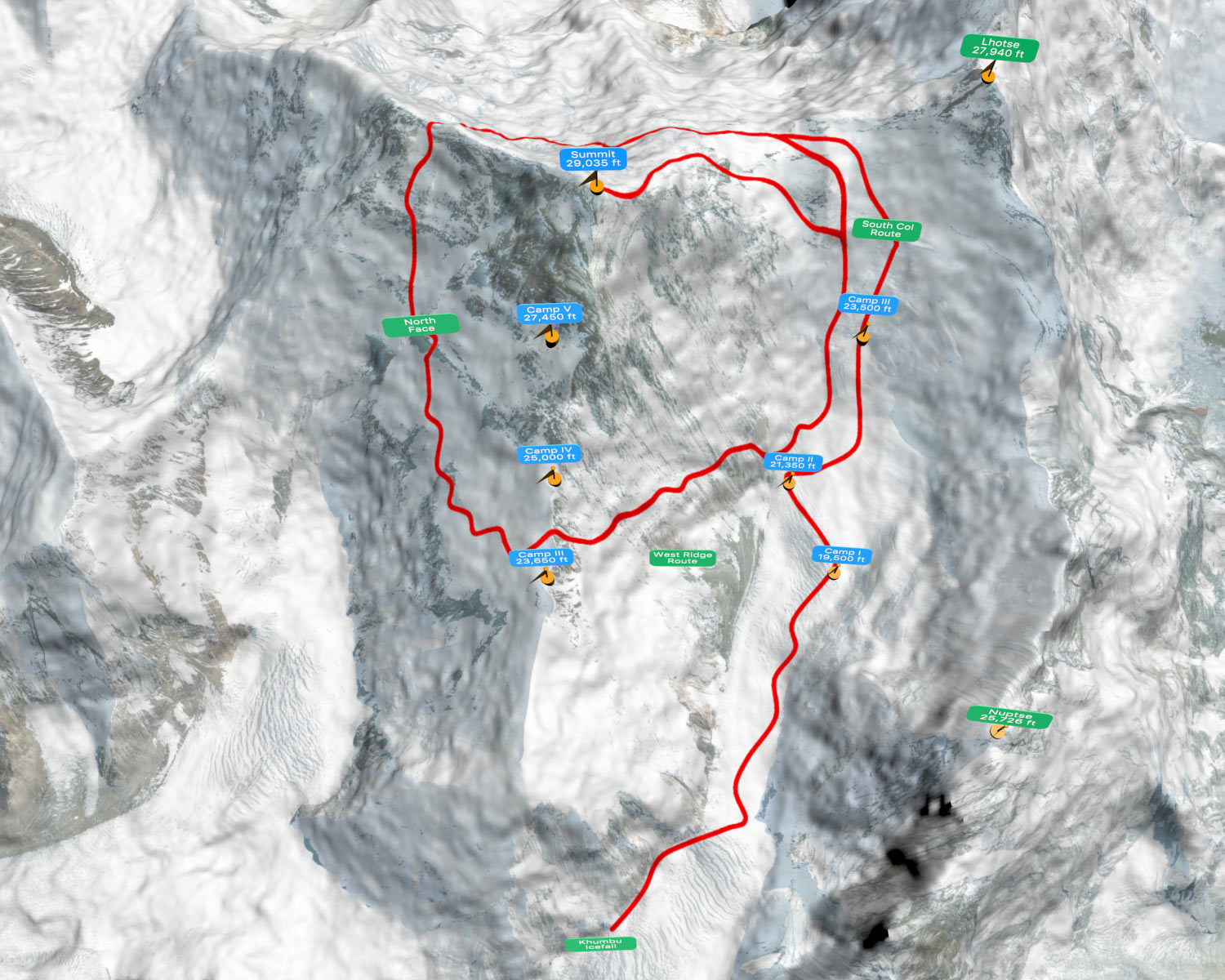 Climb to the imaginary spiral route base camp, traverse the Khumbu Icefall and make your way to the summit. You can even tweak the gradient to fine-tune the effort based on your fitness or how ludicrous you want to make it. “Along the way enjoy support from local sherpas but watch out for native yack herds and the legendary Himalayan Yeti.” 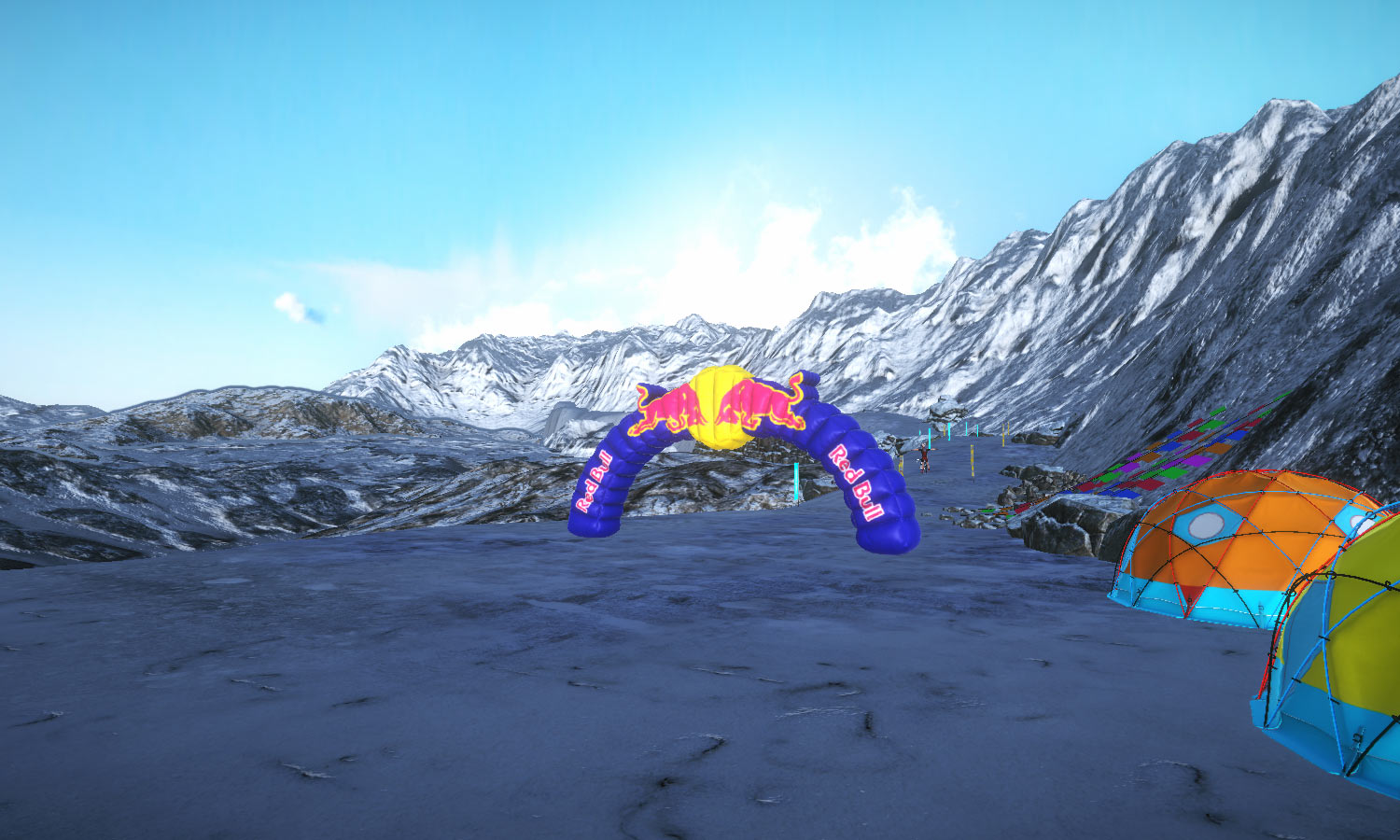 Think of it more as a real-world race you might enter, but spread out with the ability to make many attempts throughout the next year. It’s not cheap, though. At $250 to enter, you gain access to the virtual ride for twelve months to make your attempts. Ride it in one shot if you want to target the equal purse $5000 cash prize to the first man and woman who break the existing record. Or virtually climb as much as you’d like, whenever you can over the next year (just finish the elevation within 3 days for it to count).

Everyone who completes the ride gets a finisher T-shirt & belt-buckle medal, and a spot in the virtual Everesting Hall of Fame. Only the super-fit will get a real shot at the record – women currently at 8:33:47, men at 6:40:54. Good luck, and more info at:

I have an immediate negative reaction whenever I see a product or service sold by Floyd. Would love for someone to convince me that I should give my hard earned $$$ to someone who built their career on doping. This one is especially easy, as cool as it looks, $250 for a virtual ride is wild.