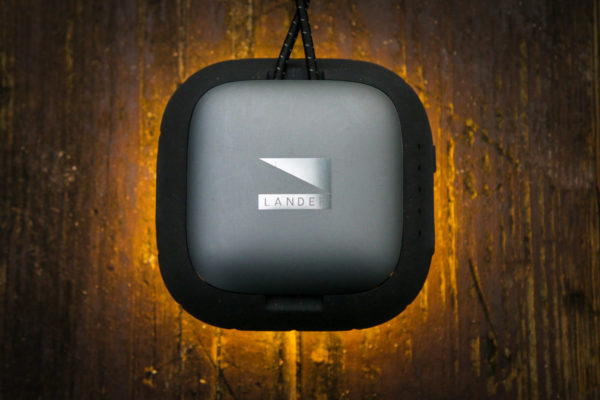 Like it or not, we live in a very power-centric world. Even when you’re trying to get completely off the grid, you’re probably still going to need electricity, whether it’s for your GPS device, lights, or otherwise. When it comes to bikepacking, many riders opt for a generator hub. Others though, may consider bringing a long a power bank to keep their phone and electronics juiced up. But rather than just another power bank, Lander decided to combine it with another useful device – a camp lantern. 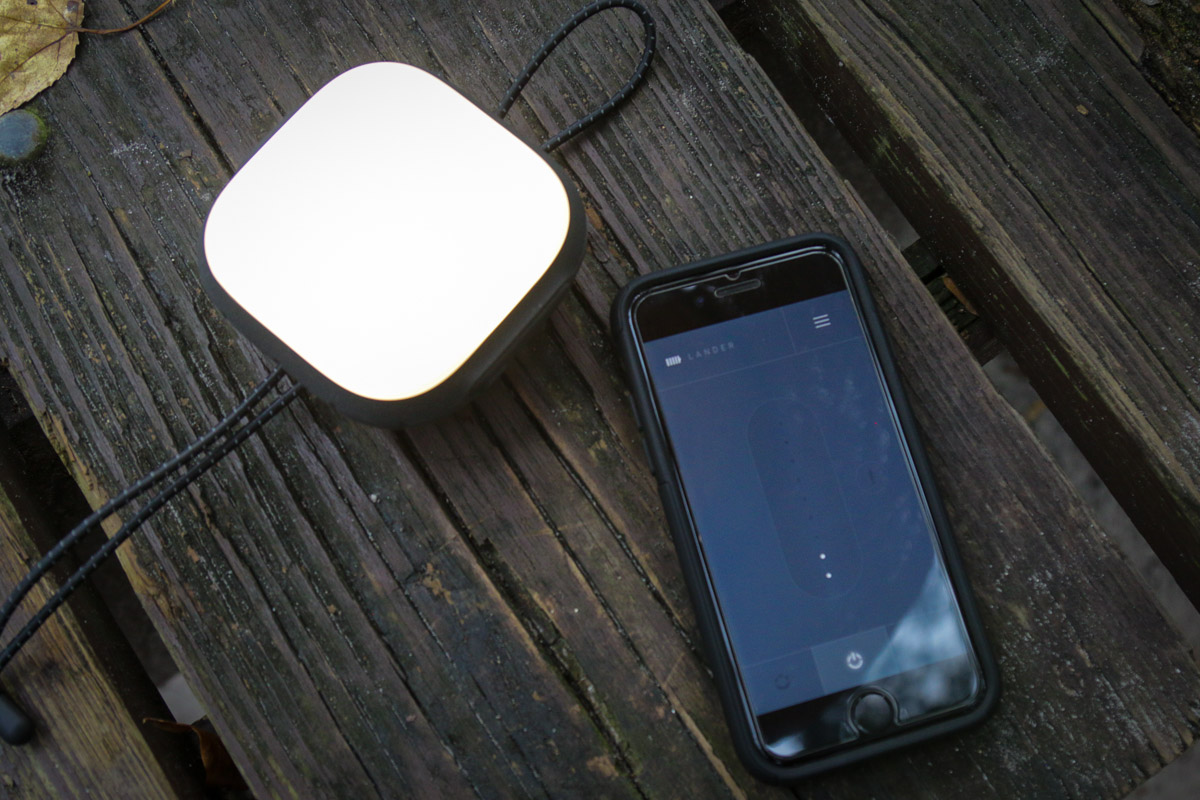 Following current trends, the Lander Cairn XL isn’t just a lantern – it’s a connected lantern that can be controlled directly from the device, or from the app on your phone. The app, which is simply called ‘Lander’, packs in a few unique features that may or may not be useful out on the trail. This is the third light in the Cairn series, and it’s also the biggest, packing in 350 lumens and 10,000 mAh of juice. 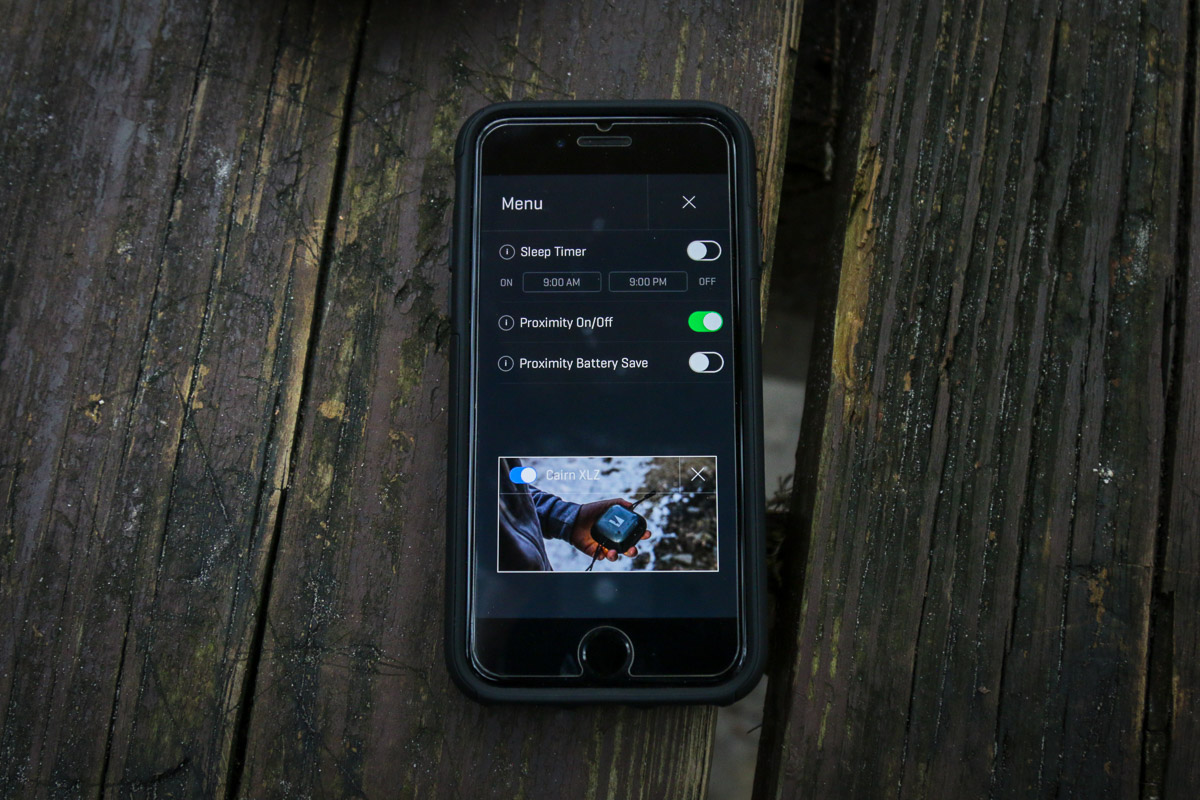 As mentioned, you can use the light with almost all of the functions without ever touching your phone. However, if you want to use features like the proximity setting (the lantern will turn off when your phone is out of range, saving battery), you’ll have to use the app. This may not be ideal if you’re really trying to conserve energy when out in the back country though, as you’ll probably have bluetooth disabled on your phone, and you may even have your phone completely powered off.

But, since you can recharge your phone off of the device, you may find certain features on the app useful. The app includes a sleep timer function which again helps conserve battery life, and it can be useful to change settings and turn it on/off if you’ve mounted the lantern up high, or across the campsite. The pairing is a little funky, and occasionally left my iPhone searching for the device which would require turning bluetooth off and back on and repairing the lantern, but mostly worked as expected. The Cairn XL is both Android and iOS compatible, and includes the app for free. 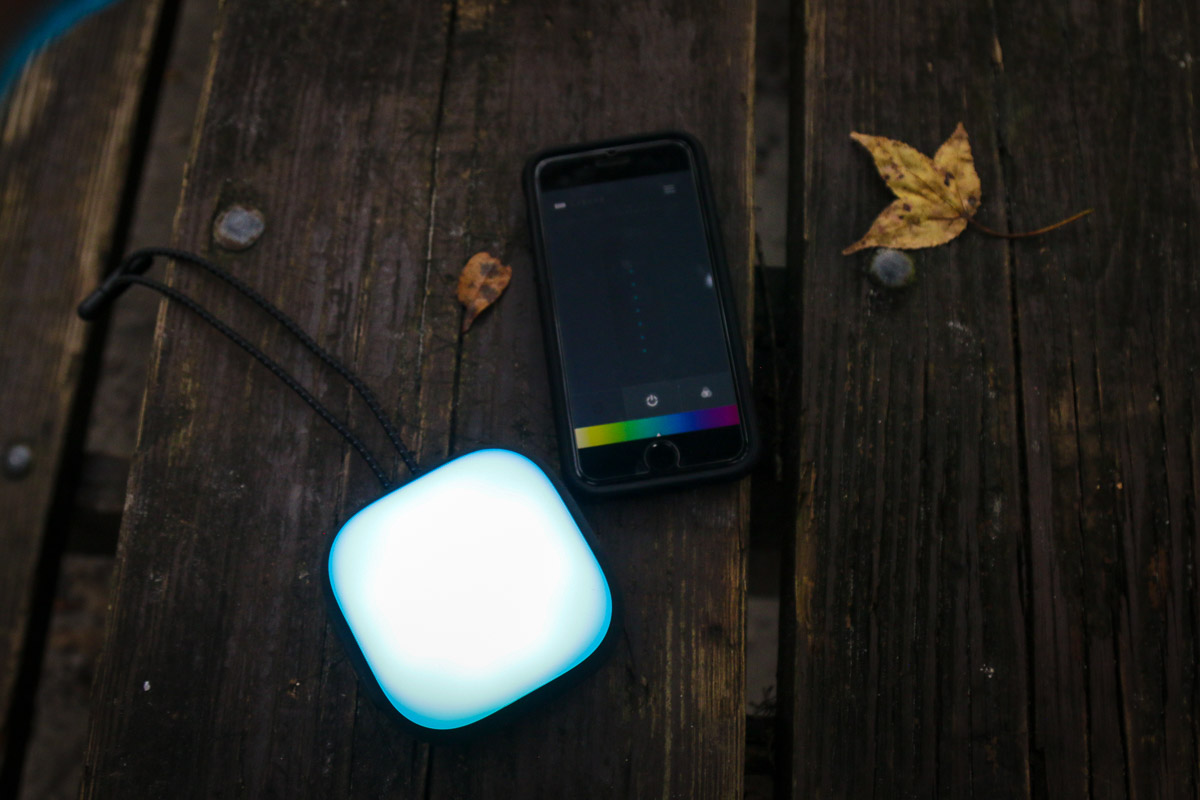 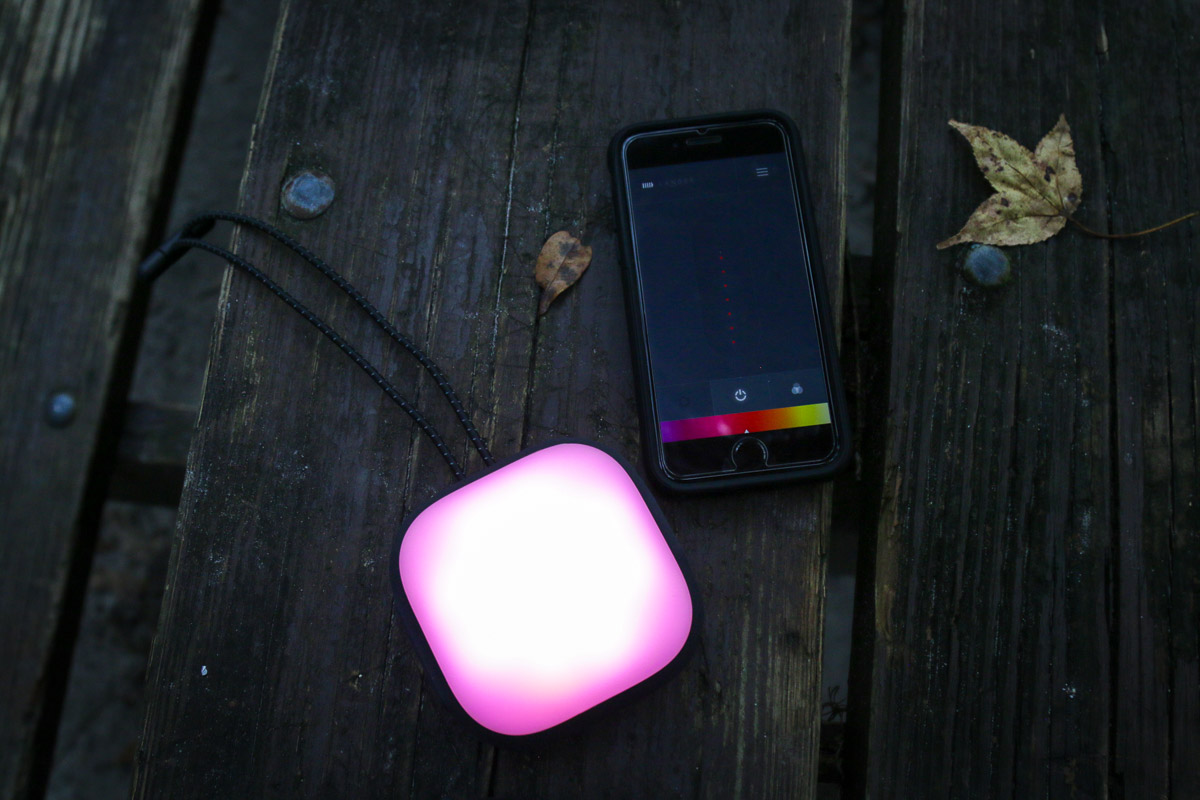 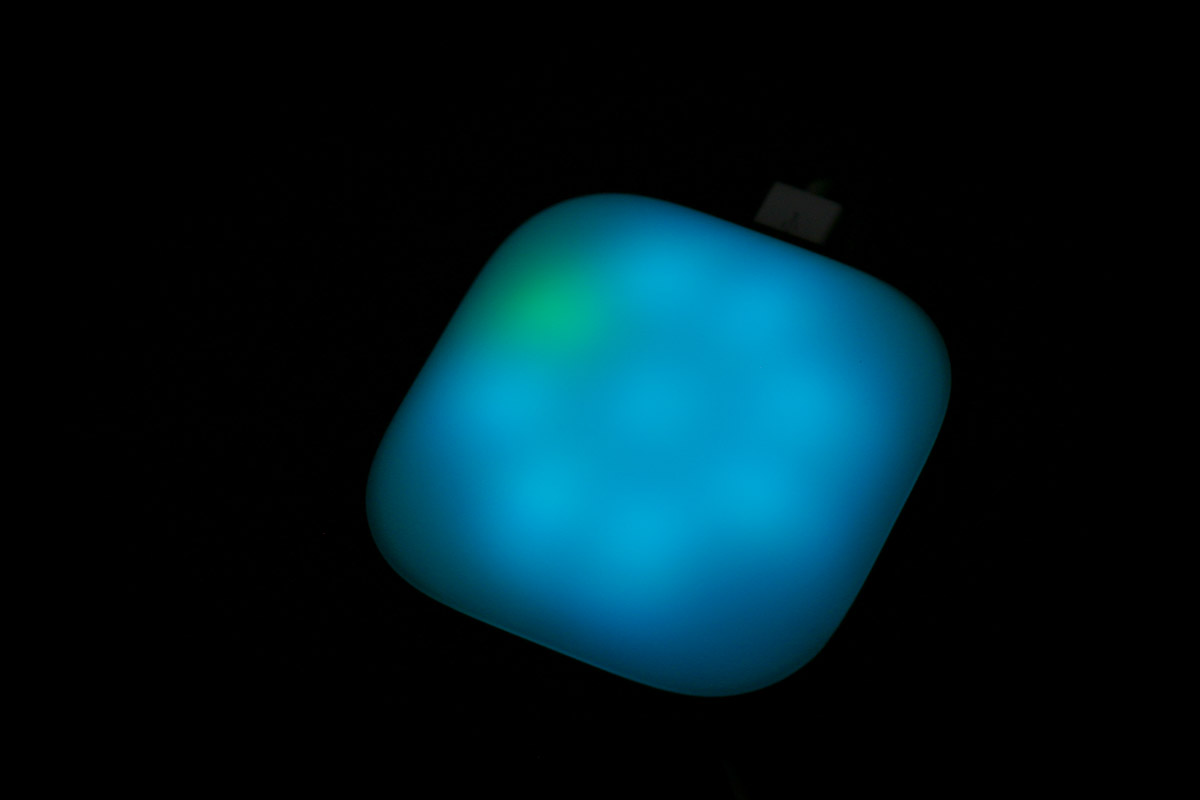 In addition to controlling the intensity and pattern of white light, you can also control the color of the 9 LEDs with a full RGB spectrum. This can be done through the app, or on the lantern itself by holding down the power button when in the color mode. At one point, a single LED got stuck displaying green (but only on the colored setting, switching to white would fix it), but after letting the lantern sit for awhile (and updating the app), it seems to have gone back to normal. Other than allowing you to use a red light which helps with night vision, the color option doesn’t really serve much of a purpose other than casting some mood lighting for your next party in the woods. 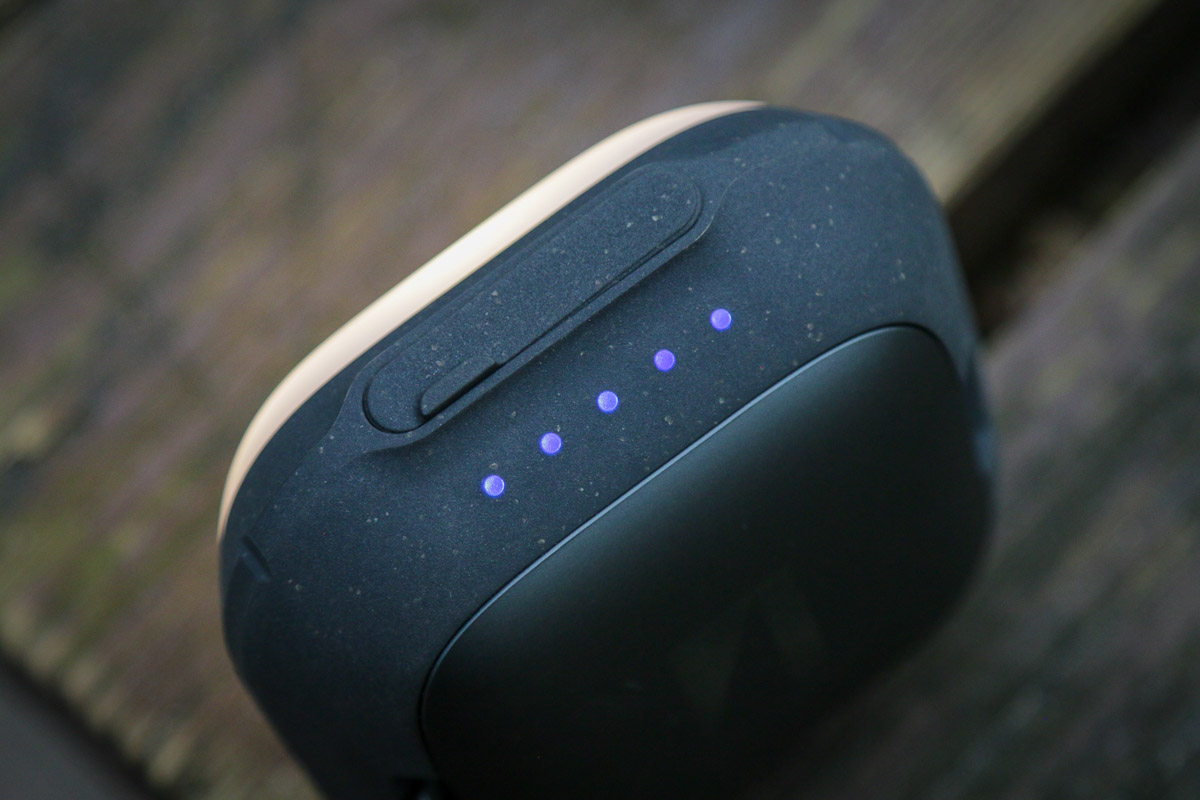 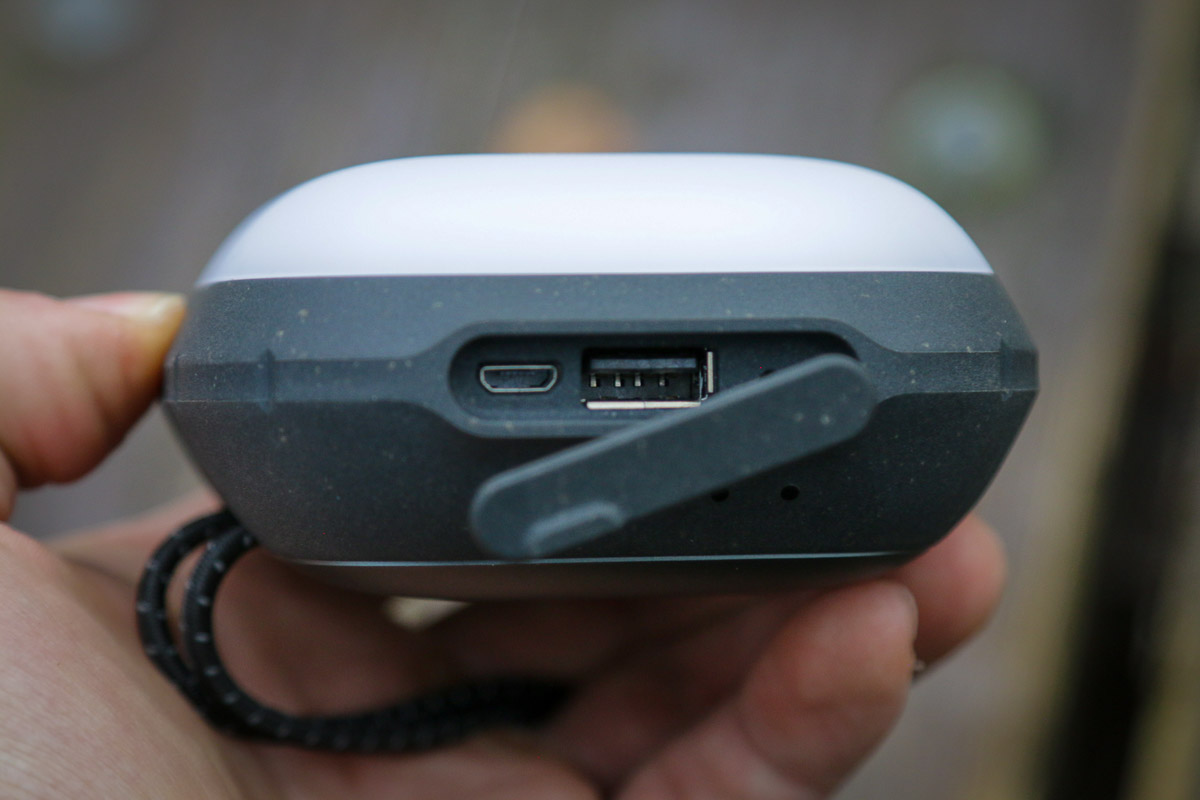 The Cairn XL is fitted with five LED lights to indicate battery level, and the IP65 rated port houses a USB plug for power going out, and Micro USB for power going in. The battery pack itself is rated at 10,000 mAh, which will (fast) charge your phone 2-4 times depending on the size, or offer up to 250 hours of light time out of the 350 lumen lantern. While 350 lumens might not sound like a lot in the age of headlights with thousands of lumens, the arrangement of the LEDs provides a lot of light. 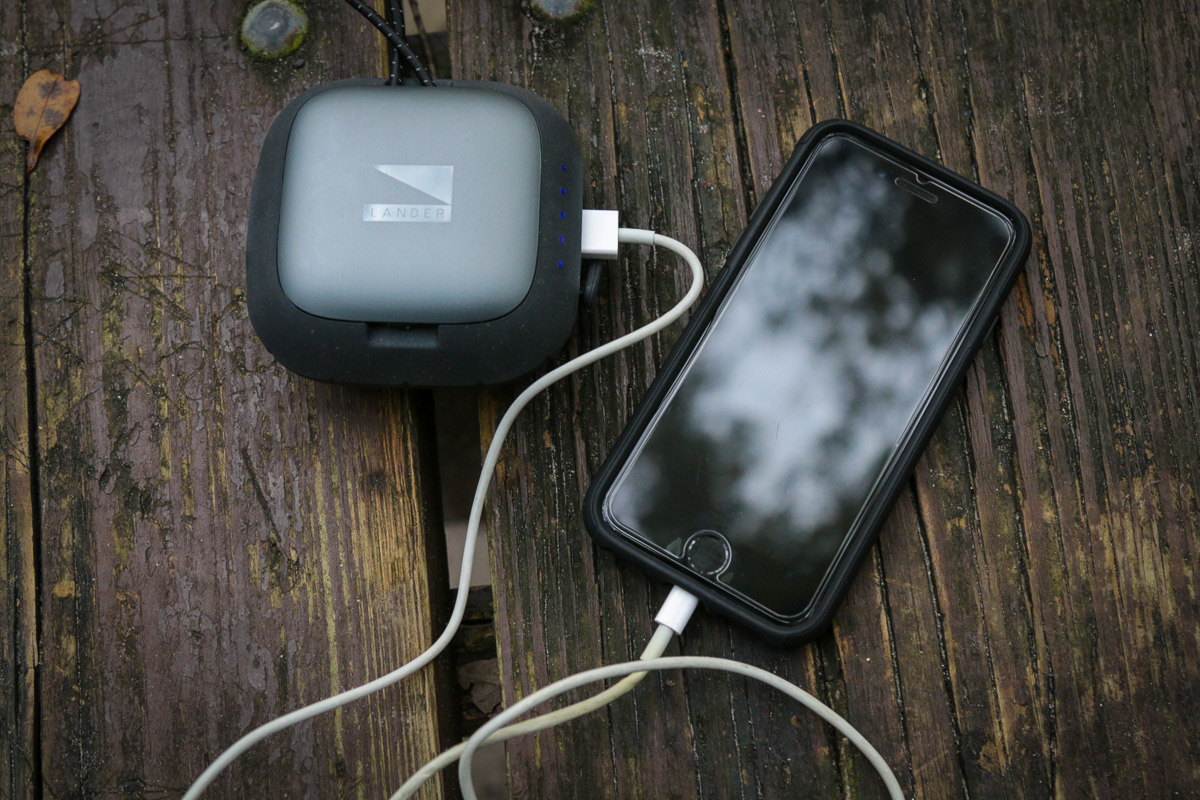 After using the Lantern for a weekend bikepacking trip, and topping off my phone (iPhone 7) overnight twice, I still have four LEDs showing which should equate to about 70-80% battery life. I was worried that between the lantern function and phone charging, I would deplete the battery much more quickly, but so far it’s been surprisingly efficient. Obviously, the brighter the setting for the lantern, the more juice you’ll burn through, so it’s best to keep the brightness down as low as possible if you’re concerned about the charge lasting for the whole trip. 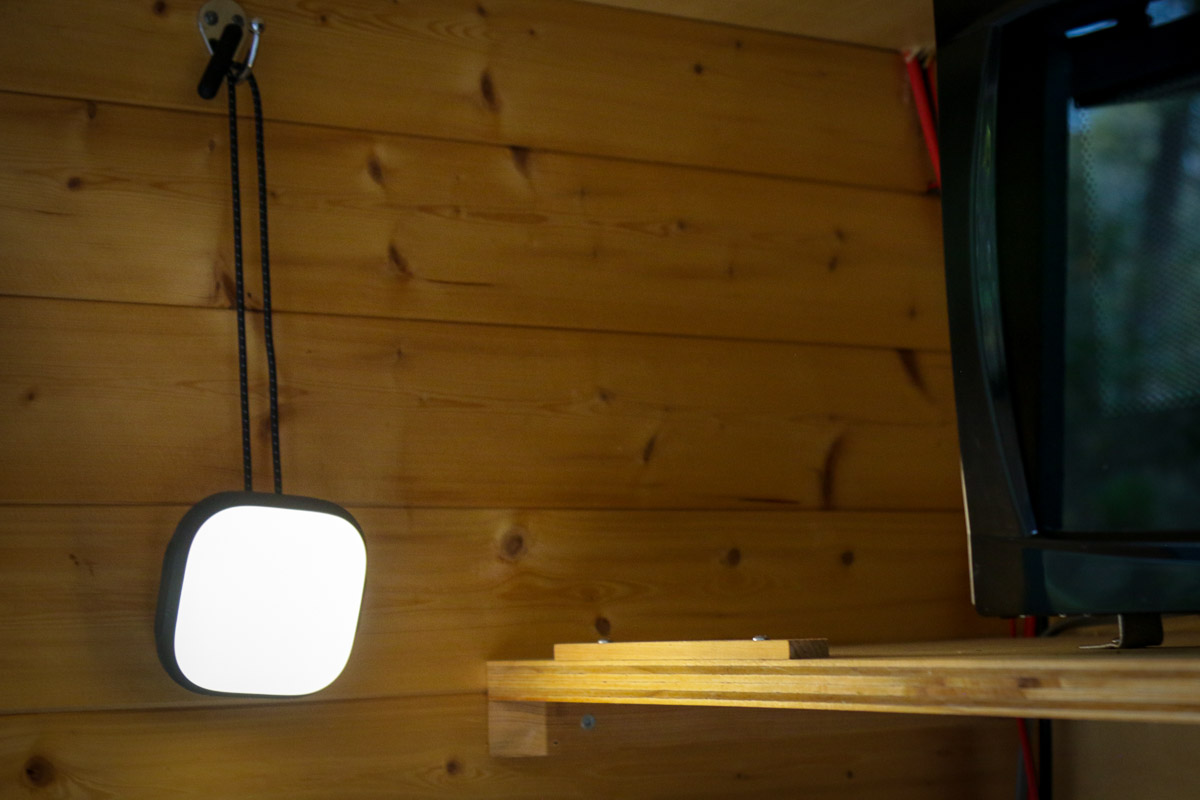 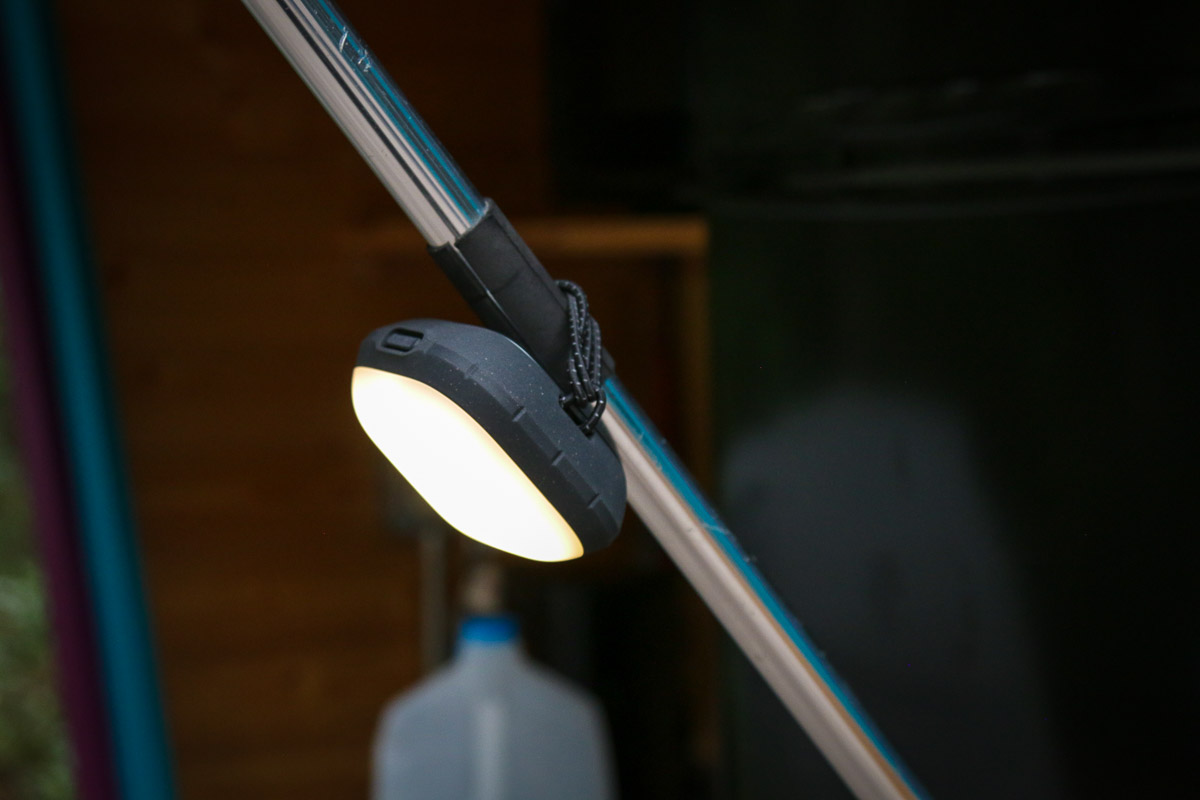 Thanks to the built in anchor system, you can attach the Cairn XL just about anywhere – and then control it through the app. In terms of form factor, the device is fairly small at 1.81″ thick and 3.58″ square, and it weighs in at 287g. That’s compared to my 20100 mAh battery pack at 355g, so it seems that the Cairn XL is decently light for an IP65 rated lantern/battery pack. 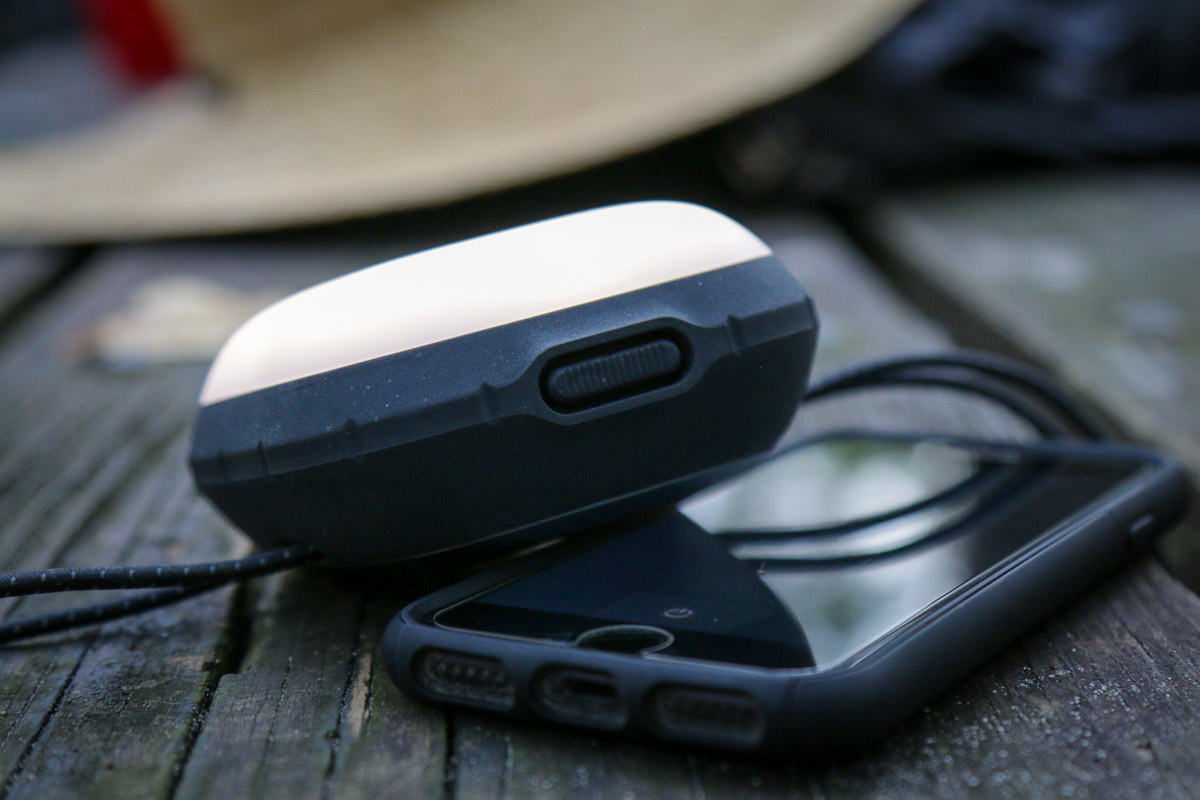 More than anything though, the Cairn XL seems like a better battery pack just due to the rugged, weatherproof design. If you’re really going to take a battery pack into the back country, it needs to be up to the task, and the Cairn XL seems like it would do the job. The addition of the lantern is a great feature that is surprisingly useful for such a small device. All of the bells and whistles are interesting, but those aren’t the reasons to buy this device. At $99, it’s fairly expensive, but it’s also one of the most compact lanterns/power banks on the market with a great design and durable build.

I purchased a lander cairn lantern over two months ago because of the claimed run time of 10 hours at 300 lumens (REI and Backcountry). The lantern is well made, the light is warm and pleasant but… it does not have an average burn time of 10 hours on high. This claim is not at all accurate or even close to the reality (2.5 hour burn time). I was disappointed and I wrote the company to let them know about their inaccurate claims they “notified the brand manager of this so that we can work getting this corrected.” After two months Lander’s dishonest claim remains. If a company continues to inaccurately advertse something a simple as runtime why should we trust the other claims they make regarding their products?