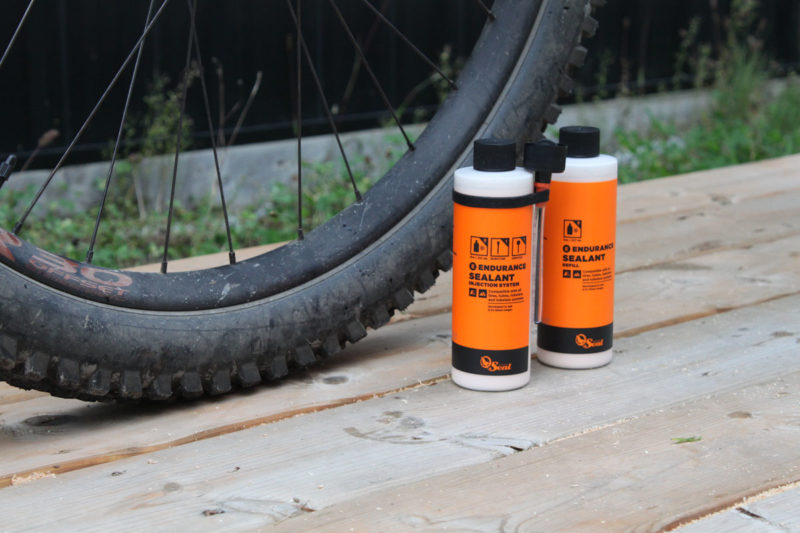 Unless you truly love wrenching on your bike, you probably want to know once something is fixed it’s going to stay that way for a while. When it comes to tubeless sealant, the longer it lasts the more maintenance it could save you. I’ve been testing Orange Seal’s Endurance sealant since last fall and can confirm mine has lasted well beyond the company’s claims, even with a few blunders along the way.

My plan was to leave the Endurance sealant in my wheel over the winter, then see how it handled some riding the following spring. I quickly realized winter storage might present some issues, and it did! However, that made for a tough test and ultimately I was won over by the Endurance sealant’s ability to remain effective for a long, long time. 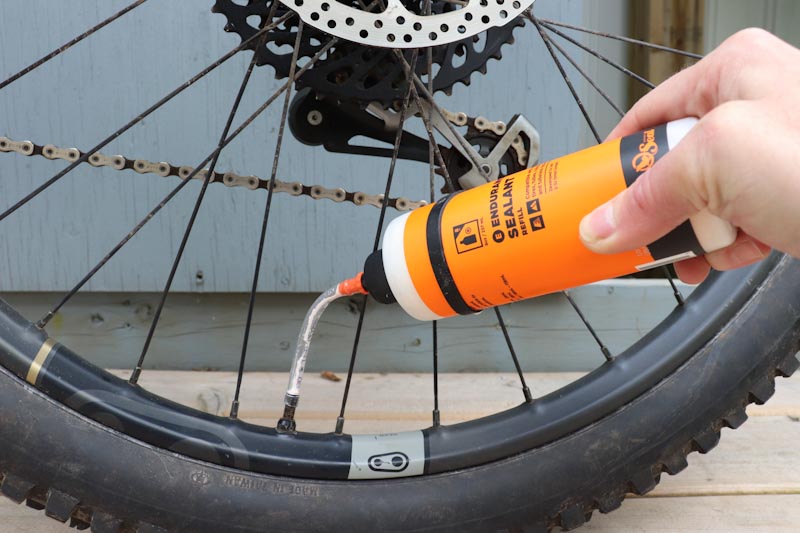 I received one 8oz bottle of Endurance sealant with the dipstick/injector hose kit and one refill bottle. I set up the rear wheel on my personal bike at the beginning of November using 4oz in my 2.5 x 27.5” tire (3-4oz is recommended).

The supplied fill hose fits snugly over my valve and didn’t leak, and I appreciated the convenience of filling through the valve with the tire already mounted on the rim. The bottle doesn’t have ounces marked on the side (which would be preferred), but since I used 4oz it was easy to estimate from the 8oz bottle. I had no issues with the tire sealing up, and got a couple of rides in without any problems.

The Test of Time (and temperature): 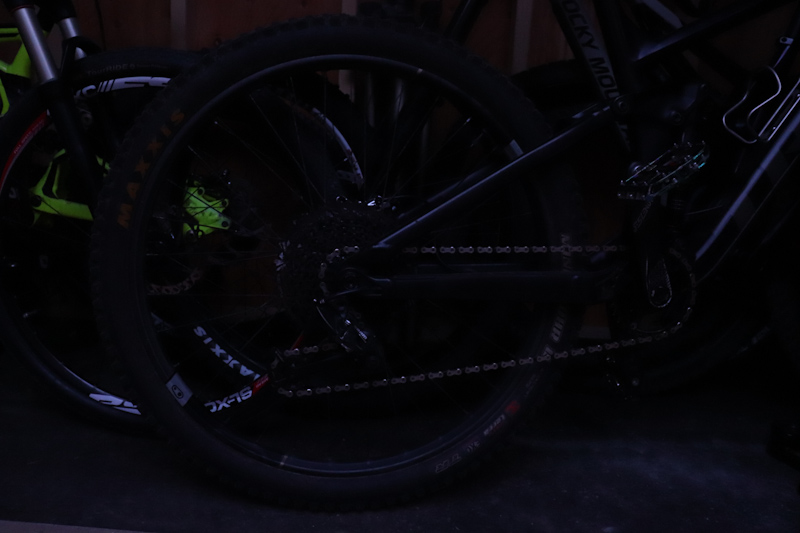 As winter set in, I realized I would be exceeding the temperature range of this sealant. The Endurance sealant is only supposed to handle temperatures down to 0° celsius, and it dips well below freezing in my unheated bike storage…

After several weeks of sitting, I checked my wheel in early January and found my tire dead flat! I then pumped it up to 30psi and gave it a few spins, but found it flat again a day later. At this point, temperatures were around -13° Celsius, which is well beyond what’s recommended for this sealant. Even in the cold my rear tire’s bead was still mostly stuck to the rim, but it wasn’t holding air.

Assuming temperature was the issue, I brought my rear wheel inside my house and pumped it up again. I put about 25psi in it, spun it around several times, and after one night it went down to about 12psi. I gave it one more try, pumping the tire back up to 25psi, and from that point on the tire successfully re-sealed and reliably held air pressure. 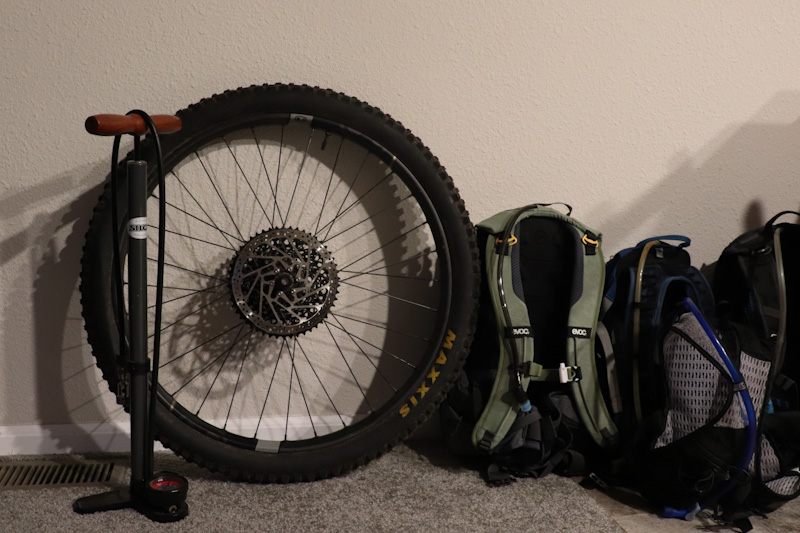 By no fault of its own, the sealant got tested once more when I checked the tire again several weeks later. I put my pump on the valve, gave it two or three strokes, and everything looked fine. Soon afterward I found out my valve had gummed up with sealant and let almost all the pressure out of the tire again! The bead was still completely stuck to the rim, and once the valve was cleaned out and the tire re-inflated, it held air once more. From that point on the tire has remained properly sealed, surviving a few Spring nights that dipped slightly below 0° and reliably holding air throughout the entire summer (while my bike sadly sat in storage due to a broken wrist).

Unfortunately, I have not had any punctures on-trail with the Endurance sealant installed, so while I can say it’s definitely long-lasting I can’t say much about its hole-filling capabilities. Orange Seal claims it will seal punctures up to 1/8” and slices up to 1/2” long. 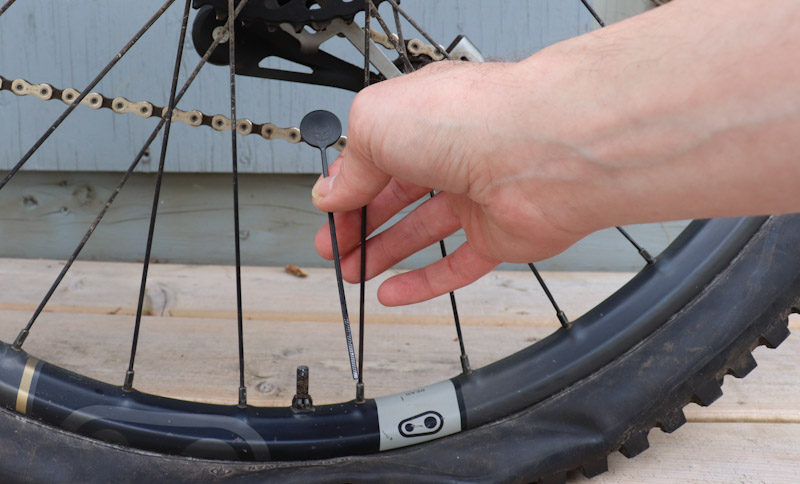 I learned one lesson about Orange Seals’ dipstick – You need to have your bike in a work stand (or the wheel suspended somehow) for it to be useful. I tried checking my sealant with my bike on the ground, hoping if I was careful the tire would hold its shape, but of course, the airless tire just laid flat making it impossible to determine my sealant level! If you do have your bike in a work stand the dipstick could indicate whether you need a top-up or not, which you could easily then do without removing the tire. There are no ‘OK’ and ‘Fill’ marks on the dipstick, but it will give you some idea of how much sealant is in your tire. 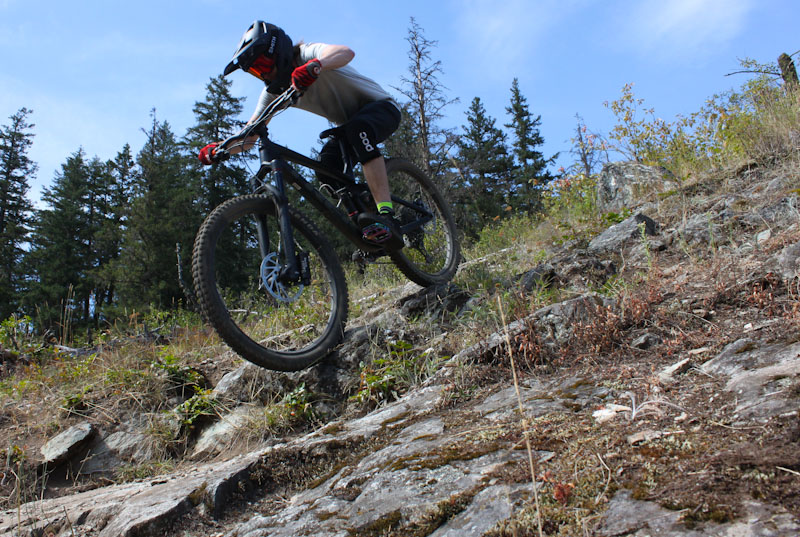 After many months and a few hiccups, I am impressed with the fact that despite being exposed to air or losing almost all tire pressure multiple times I was able to carry on using the same sealant with no top-ups. The sealant went in last November and (aside from the sub-zero failure) has remained effective until this September, well exceeding Orange Seal’s own claim of 60-120 days. I can definitely confirm the Endurance sealant lives up to its name and should keep tires sealed for the long haul.

While I think the dipstick is something some riders might never use, I did find the injector bottle and fill hose convenient. My only warning is to watch that temperature range – if you live anywhere that experiences cold winters you should consider Orange Seal’s Subzero sealant instead, which is rated down to -20° Celsius.

My experience was the opposite: the endurance sealant dried out in the 3ish months I’m used to with pretty much every sealant. I tried it when it first came out, so maybe they improved the formula since then.

I get the same as Eddiecycle…BUT, other brands will seep through my sidewalls (variants of FastTrack). Orange does not and lasts far longer. We had to put Stans in, in a pinch on one of my bikes the other day (it was dried Orange) – well, sidewall soaked with Stans….doubt it is just me.

Sealant “dries” measurably when the bike is in use. Consumption depends heavily on tire spec, riding style, tire pressure, and ambient conditions. If the bike sits mostly stationary, any good sealant should last many months.

Brand new tire always soaks up a (large) part of the initial sealant. I check & top-up after a couple of weeks, no issues for me later on with Orange Seal. Best sealant I used the past couple of years.

I had a similar experience to the review. I was injured and off my road bike for 8 months. It lives in my poorly insulated, unheated garage (although it doesn’t get below freezing too often). When I was finally able to ride again I expected to have to refill my tires. To my surprise there was still fluid. It was low (still sufficient, I just topped it off), but I had put new tires on more than 18 months prior.