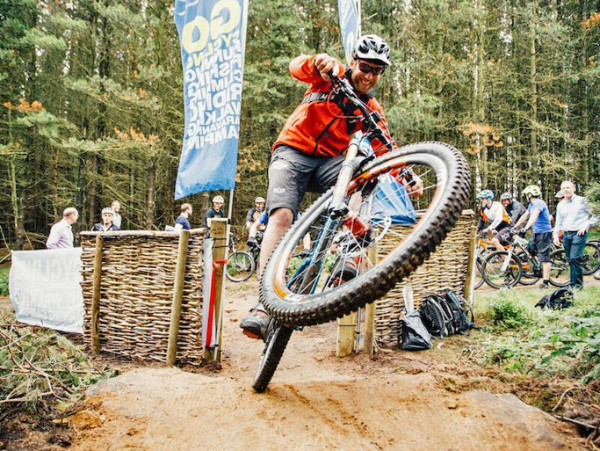 Earlier this year the folks of trail advocacy group Ride Sheffield completed what they are calling the “first and currently only crowd funded mountain bike trail in the UK, possibly the world” at Lady Canning’s Plantation. After the massive success of that process and the resulting trails they are at it again, this time at above the Redmires Resevoirs just a couple of miles away on the between Stannage Edge and the city of Sheffield. Working together with the local city council, they’ve solicited private donations to build premium flow style trails that add more links in the local trail systems. Jump past the fold for more info on both old and new trail projects, how to donate to build new trails, and a video with a bunch of the stake holders and a peek at the trails…

The Lady Cannings trails were the first dedicated mountain bike trail to be built in the Peak District National Park. While there is a pretty diverse network in the area, the new built trails serve to help new riders build their skills and have fun before making the leap to more technical trails.  For Lady Cannings, Ride Sheffield raised £75,000 through crowd funding, local business donations, and a major contribution from Go Outdoors to build the first phase of trails there, with more to come. In the first 14 weeks since it’s just opened, the new trail has recorded more than 14,000 runs just on Strava. 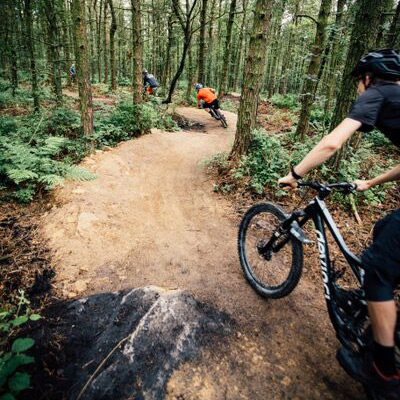 Working with their great partner Jon Dallow at Sheffield City Council, Ride Sheffield got approval to develop a descending trail in the forest about 2 miles northwest of Lady Cannings at what they are calling RADmires. Their trail builders from Biketrack have scouted the area and have 1.8km of new flow trail in mind in a “the faster you go the tougher it is” style. The added benefit here is that existing land features and grades will allow some more technical red or black sections making RADmires a step up in progression from the nearby blue Lady Cannings, and a good training grounds on the way toward the more techy trails at Greno and around Stannage, Blacka Moor, and Rivelin. 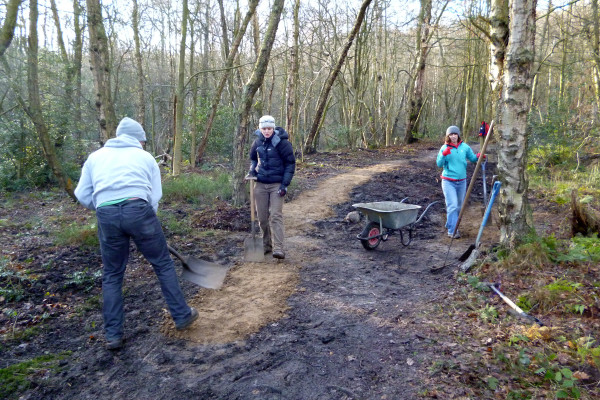 But now Ride Sheffield’s bottom line is this: They need £45,000 to make it real. As soon as they start moving towards that goal, the wheels will turn, and the new trail could be ready to ride by summer 2017. They’ve already raised £1250 in their first night of announcing the idea over the weekend. So if you think you’ll ever get a chance to ride there or just want to support some trail good will, chip in.
Ride Sheffield’s Bank Details: 40-31-02  91574205
Or donate via Paypal to: ridesheffield@gmail.com

It’s always great to build new trails, and it looks like Ride Sheffield is doing it right. Keep up with their progress over at: RideSheffield.org.uk