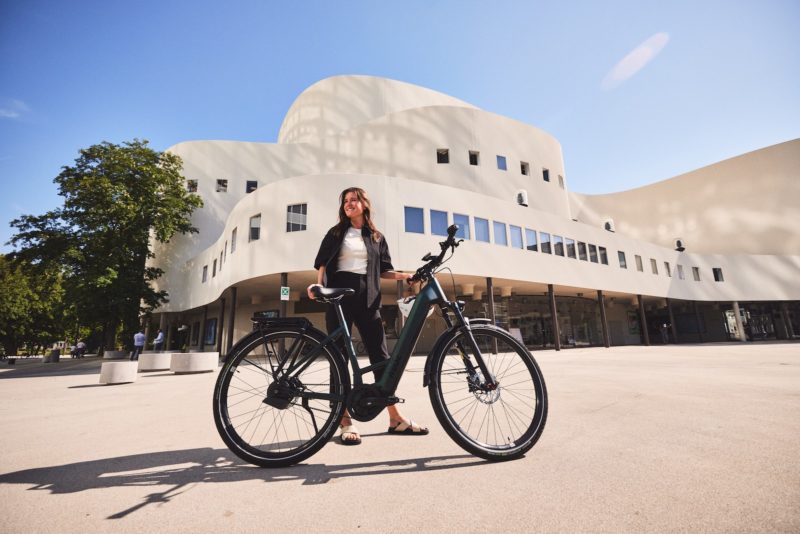 Bike companies have been rolling out plenty of high-end, multi-use ebikes lately, and the Mayor Plus from Rose is no exception.

The Mayor Plus serves primarily as a long-distance eBike with Rose’s most powerful motor yet. But it also comes in a variety of models that should work for both mountain bikers and commuters. The Bosch Performance Line delivers power, along with a PowerTube battery. Aluminum frame shapes across the range of six entries include the “comfort” step-through models, a hybrid with a steeper top tube, and a standard shape. 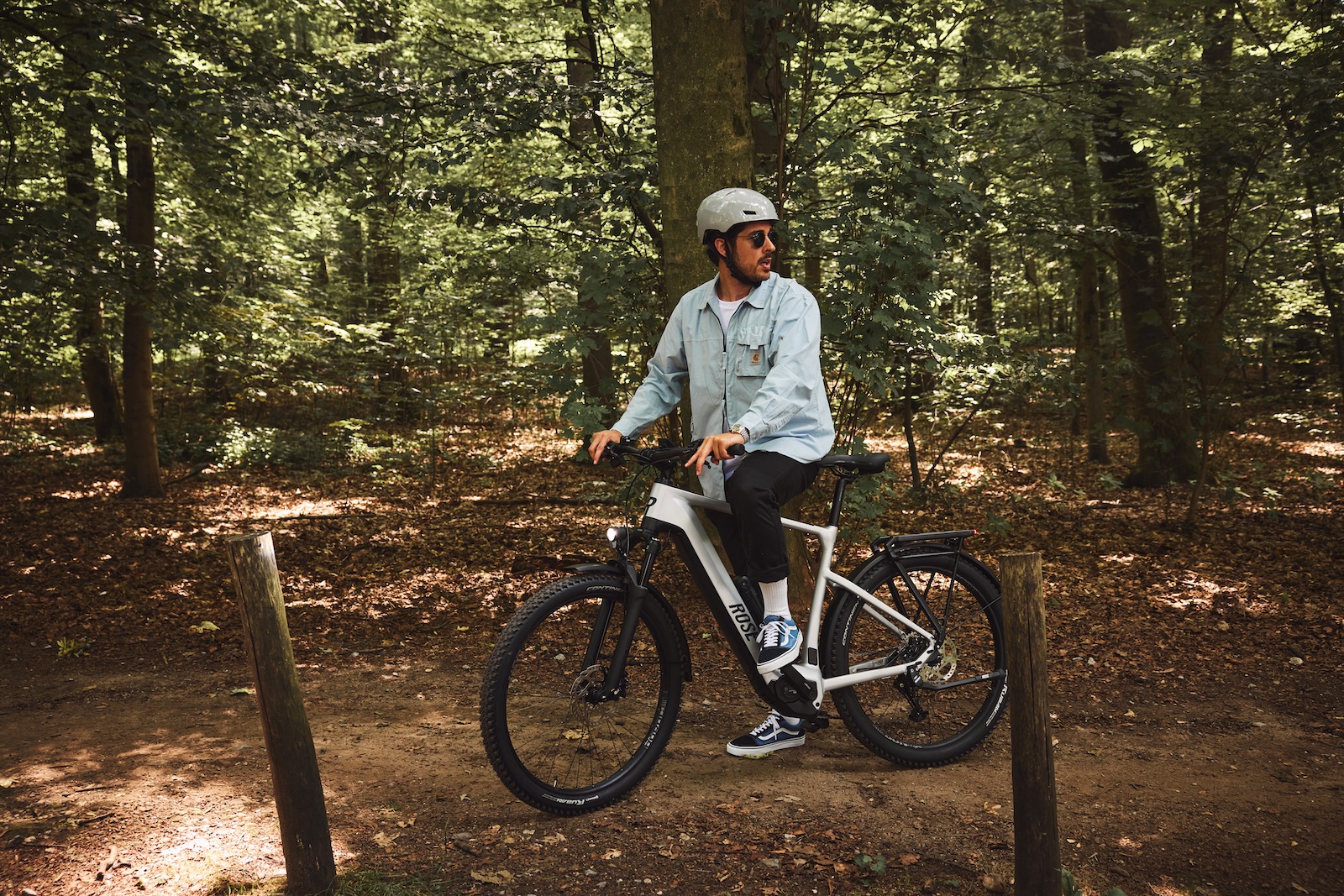 The bike constitutes Rose’s first foray into the SUV eBike category, with muscular shapes, a strong powerplant, and wide tires to help riders get from city streets to trails and back. Two of the Mayor Plus’s six entries fit the SUV build, and get Sunringlé Duroc MTB wheels with aggro tires, plus a “stiff, sporty” cockpit for when the going gets rowdy.

“It’s a bike that is just as suitable for a relaxed cycling holiday with the family as for everyday use or a ride through the forest,” Schrom said.

The entire line shares a lot of foundational commonalities, but small equipment differences result in a price gradient.

What every Rose Mayor Plus shares

For starters, both the four hybrid/trekking and two SUV models have the same motor and battery. They come with the fourth-generation Bosch Performance Line CX BES 4 motor which drives 85 Nm of torque, and a 750 Wh PowerTube battery 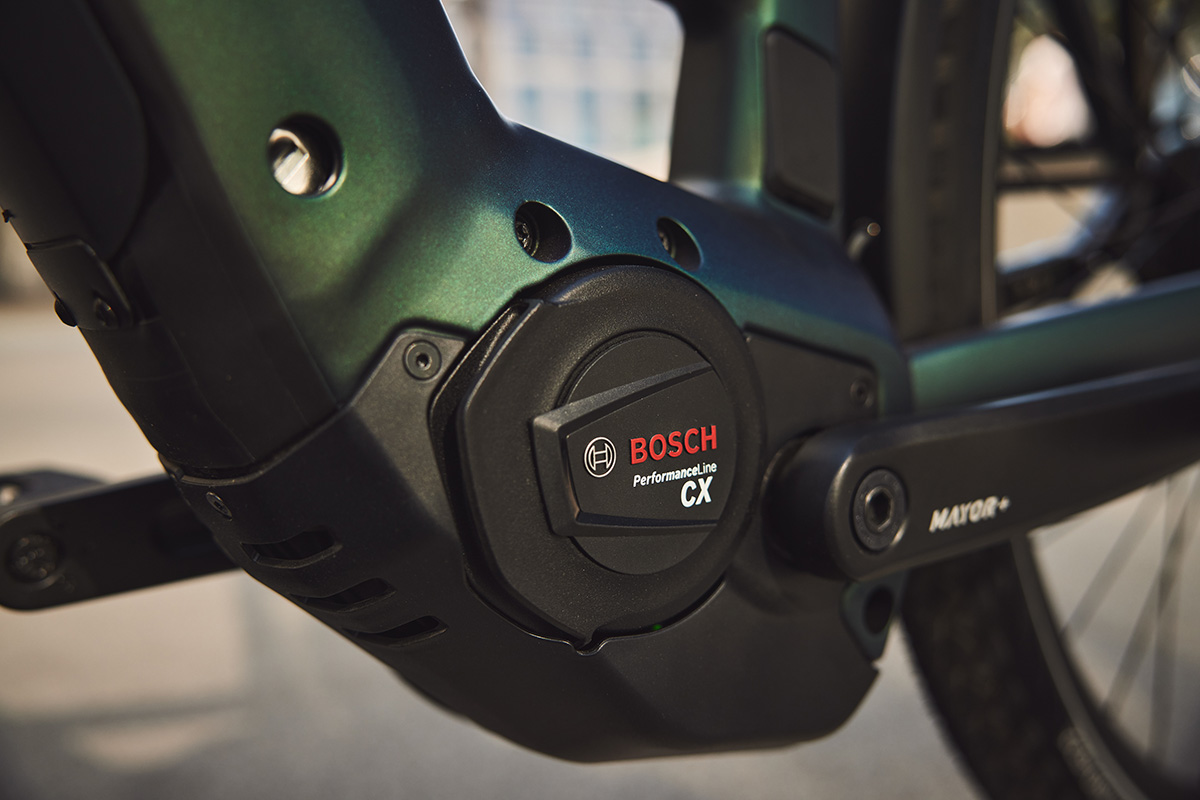 All Mayor Pluses also have a Kiox 300 display attached atop the handlebars, which shows data like speed and battery life. It’s also where riders switch between different drive modes, like Eco or Turbo.

Each bike gets 100mm of front suspension travel on a Suntour Mobie 34 fork. Finally, fully integrated cabling and lighting round out the builds. 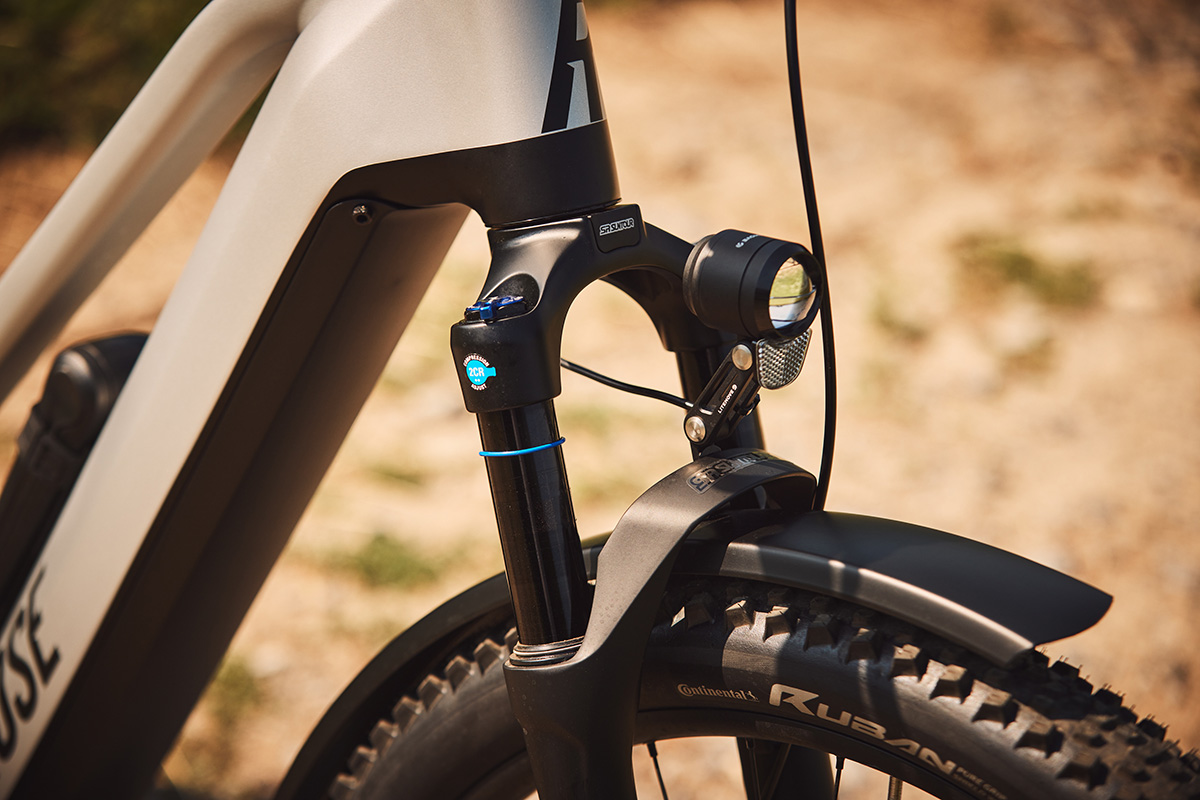 Similar tweaks define each entry in the price gradient. Elsewhere, you’ll find techy components like Rohloff SPEEDHUBs and upgraded lighting on the beefier trail builds. The range-topping Mayor Plus 4 comes in at €6,199 ($6,360). As of this writing, the Rose website only showed one Mayor Plus SUV variant. The SUV 1 clocks in at €4,299 ($4,410).

Yuk.
SUV’s are horrible. They are a major contributor to urban pollution and fossil fuel consumption, and take up very way more space than a normal sized car.
Together with (pickup) trucks they stand for everything that is wrong with the way society thinks about mobility.
No way in hell will I ever buy a bike from a company that thinks ‘SUV’ is a desirable name for a bicycle or bicycle part.

I get what you’re saying, but for me thats a big ‘if’.
My guess is they will mostly just use their SUV to strap these bikes on a bike rack and drive somewhere to ride those bikes…

Any discussion on an off the shelf bike is lost on me.
Not saying can do it cheaper, just better.
I’ve got around $3,500 in my diy e bike.
But I started with a bike I built for around 2K.
And I’ve been riding it since 2007.
So the only things from the original is the headset and bars.
So I spent $1500 on motor, battery. Another couple hundred on back wheel with 3 speed IGH.
And it’s fantastic. You can spend a ton of money and not get near the performance…
just sayin’ not impressed.
And the same goes for bikes costing 10X times