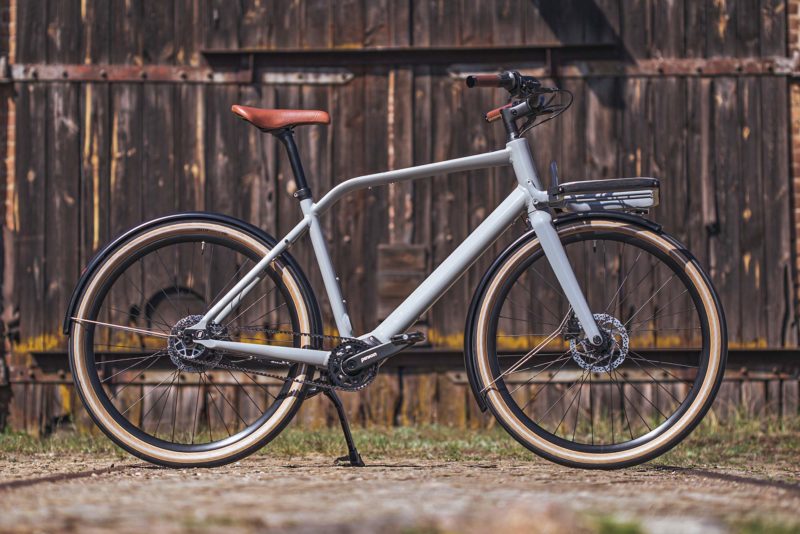 Schindelhauer has given their Gustav & Greta porteur city bikes a major e-bike & gearbox upgrade as the new Emil & Emilia. By combining 6 or 9-speed Pinion gearboxes, a Gates belt drive, and the stealthy & smooth ebikemotion X35 powertrain, Emil & Emilia could be the perfect city e-bikes for cruising around town and running errands on two wheels. 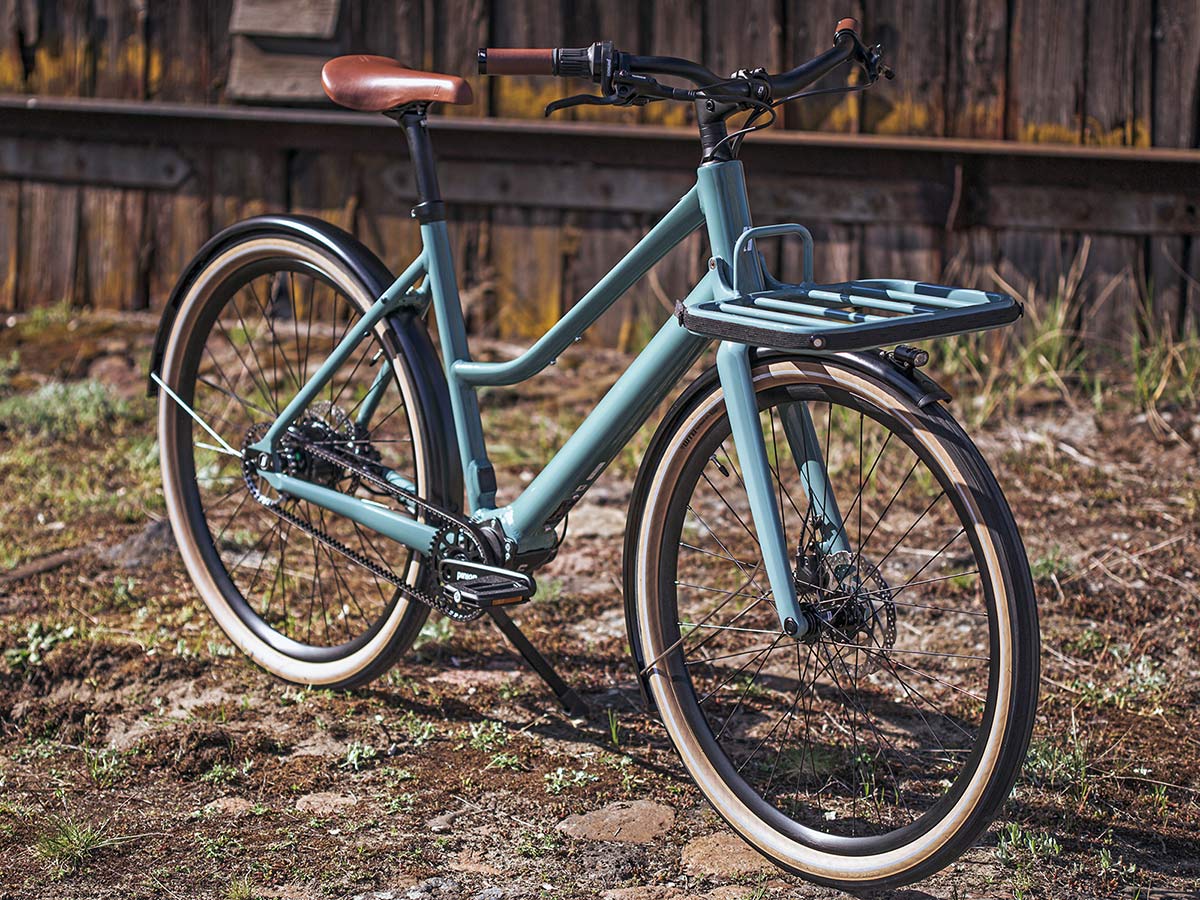 We already loved the simple alloy, all-rounder Gustav & Greta city bikes with their integrated (but removable) front porteur-style platform rack. And Schindelhauer already created a similar Bosch-powered e-bike version of them, but it lacked the slim lines of the original in favor of a big motor and long-range battery. 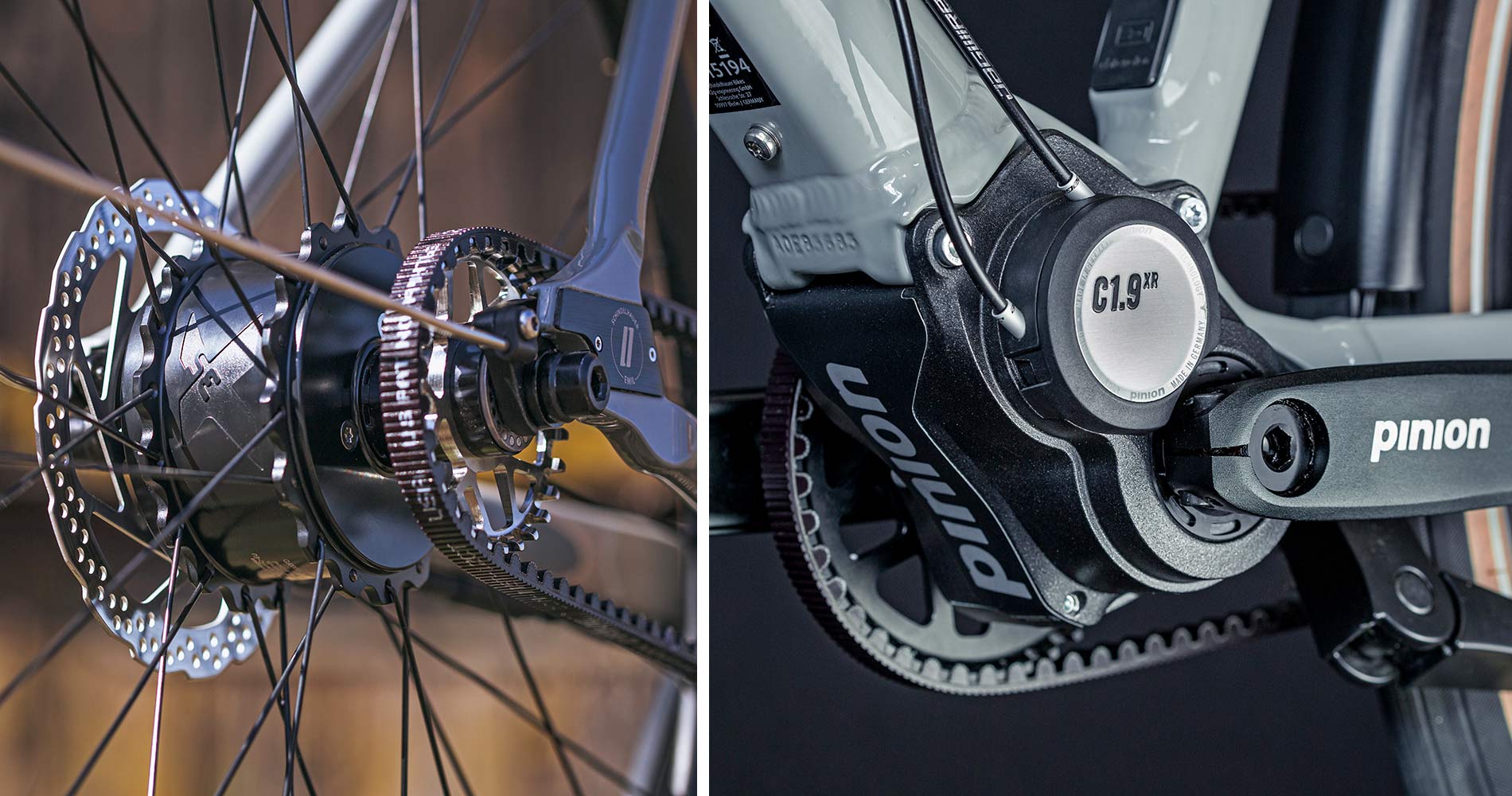 Now at a 15% lower price, these new versions with the compact Mahle ebikemotion 250W rear hub motor and slimline 250Wh battery in the downtube (just like the e-Exploro RaceMax Boost we recently reviewed) bring e-bike pedal-assist to the classic city bike looks, and at a 15% lower price. 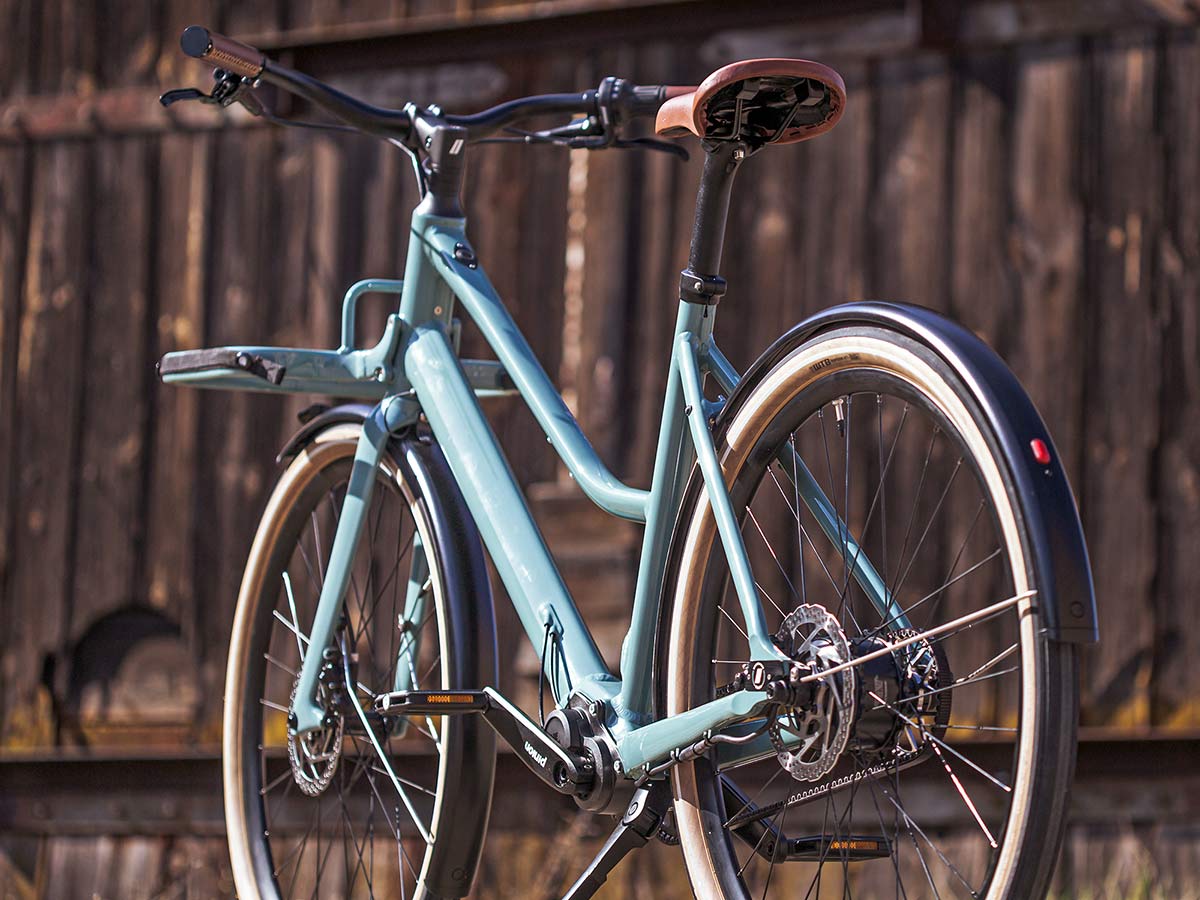 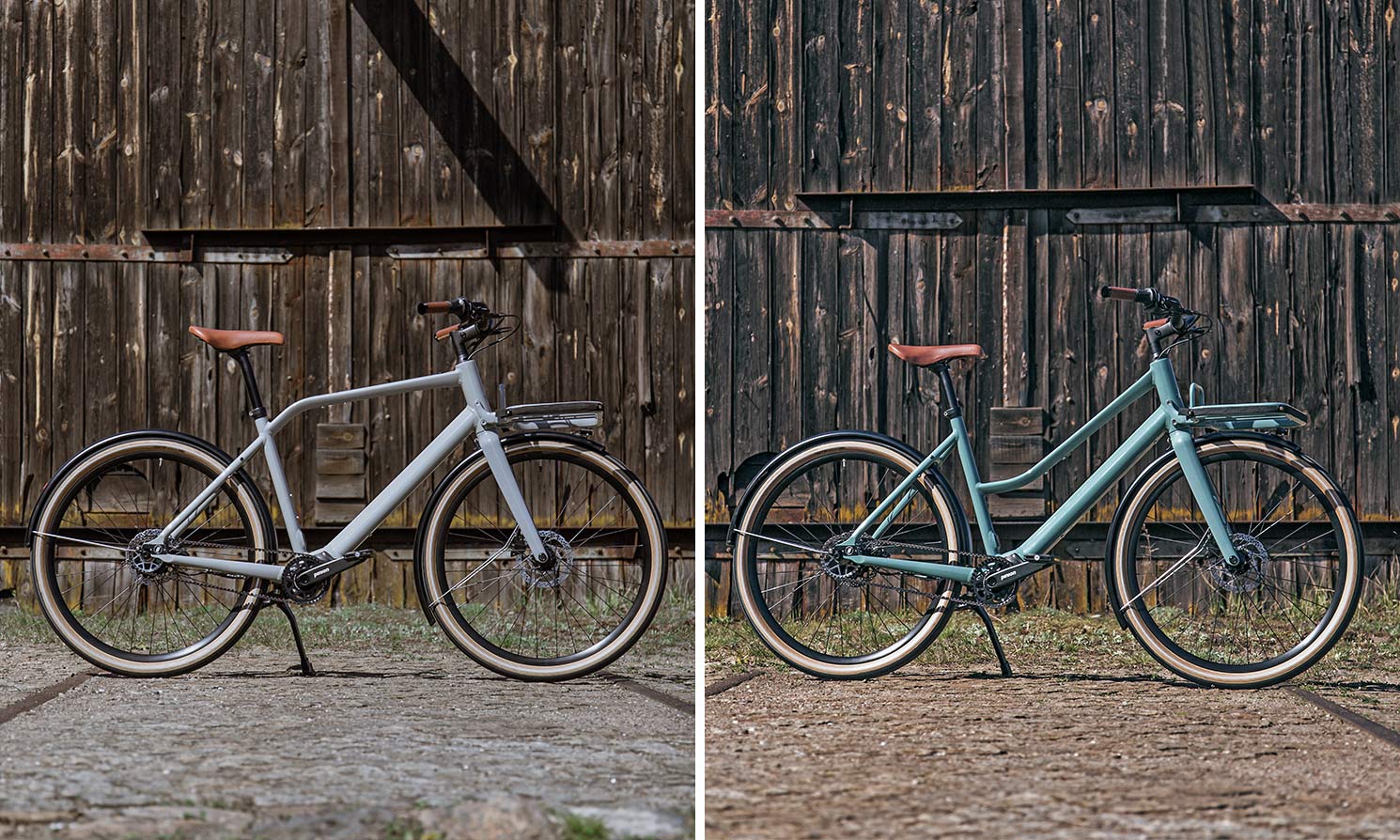 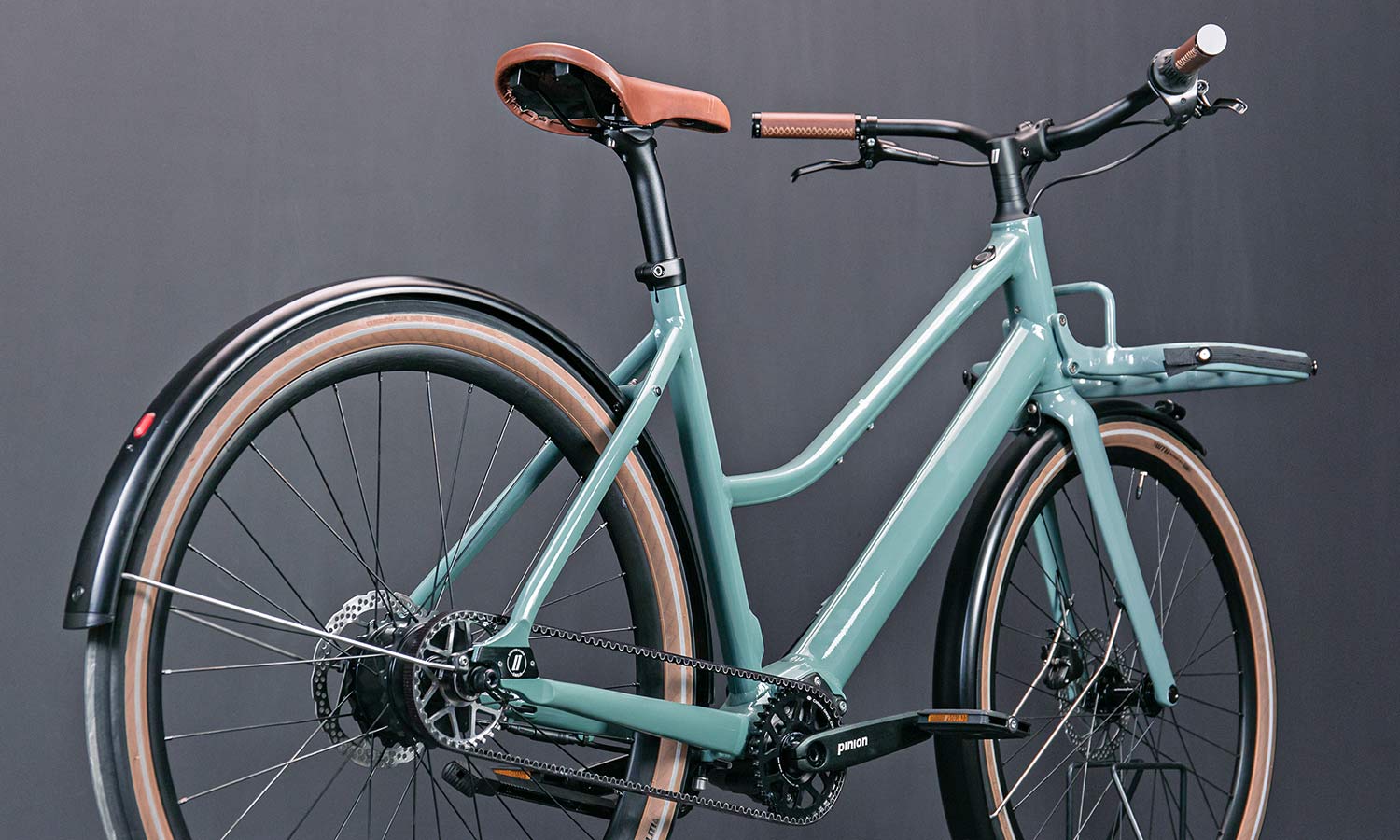 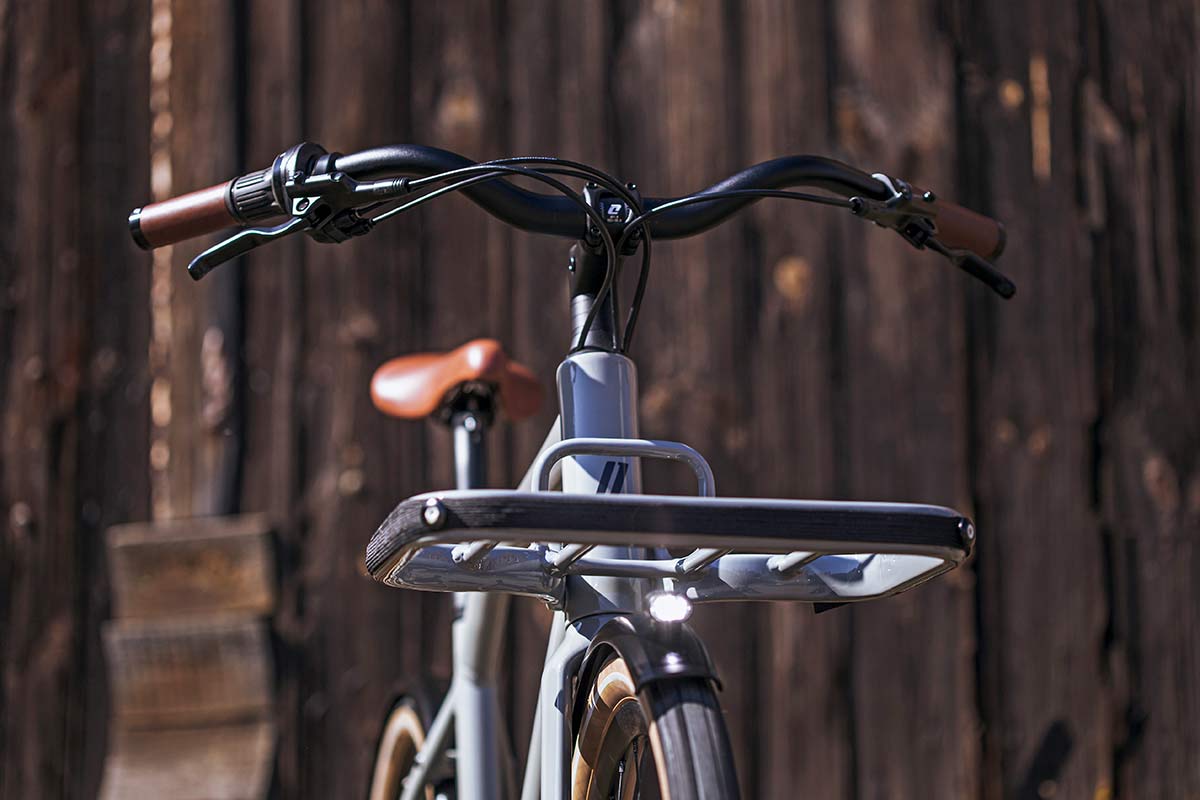 They get a removable platform rack just like the original Gustav, that bolts to the side of the tapered headtube and integrates a simple stretchy strap setup to secure various loads. 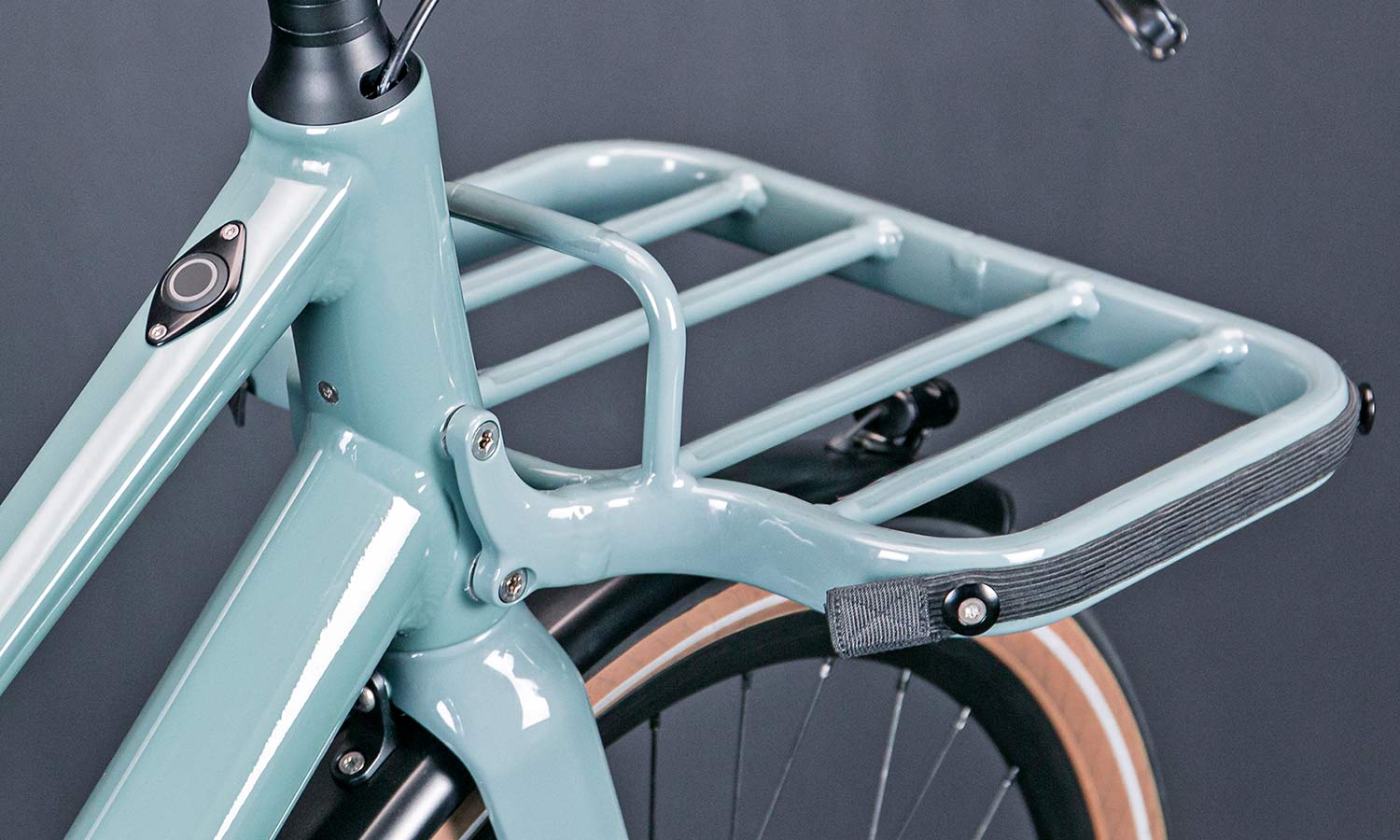 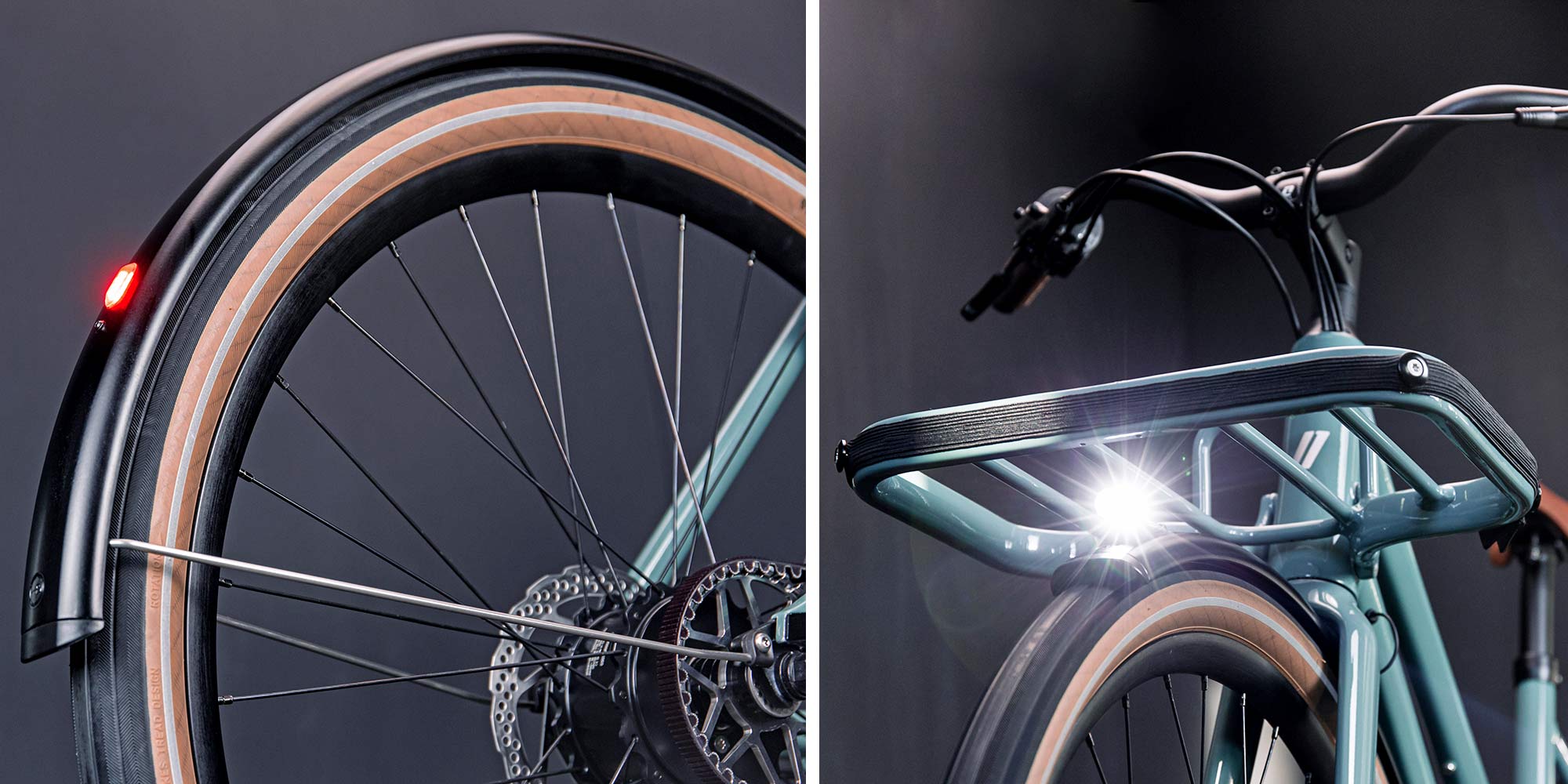 The e-bikes get a comfortably upright cruising geometry, and roll on high volume 605b x 47mm WTB Horizon Road Plus slicks with OEM-only reflective stripe sidewalls. 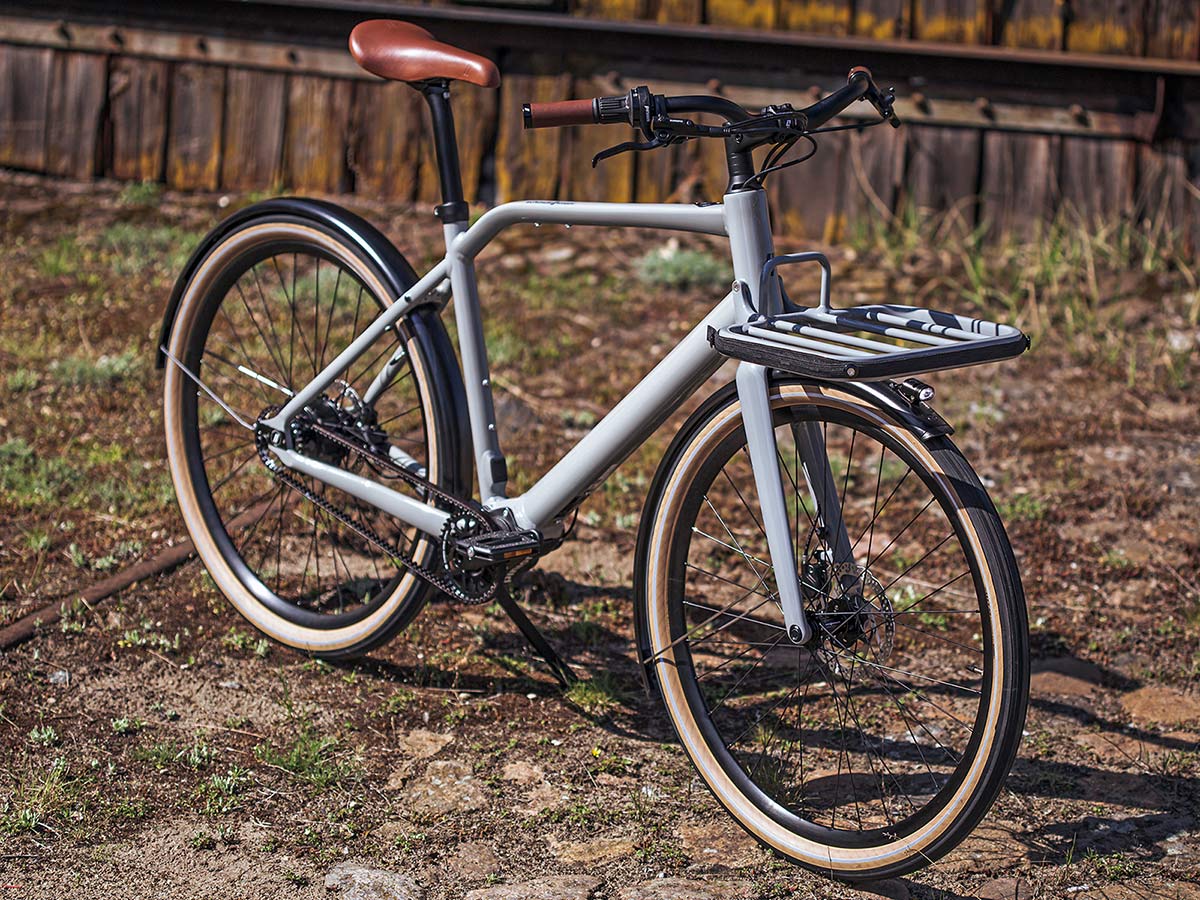 The new Emil & Emilia city e-bikes are available to order now direct from Schindelhauer’s online customizer or their dealers, with anticipated deliveries not expected until this coming November. Traditional Emil e-bikes come in 3 sizes (S/M/L) in mineral grey, and step through Emilia e-bikes come in 2 sizes (S/M) in sage green. 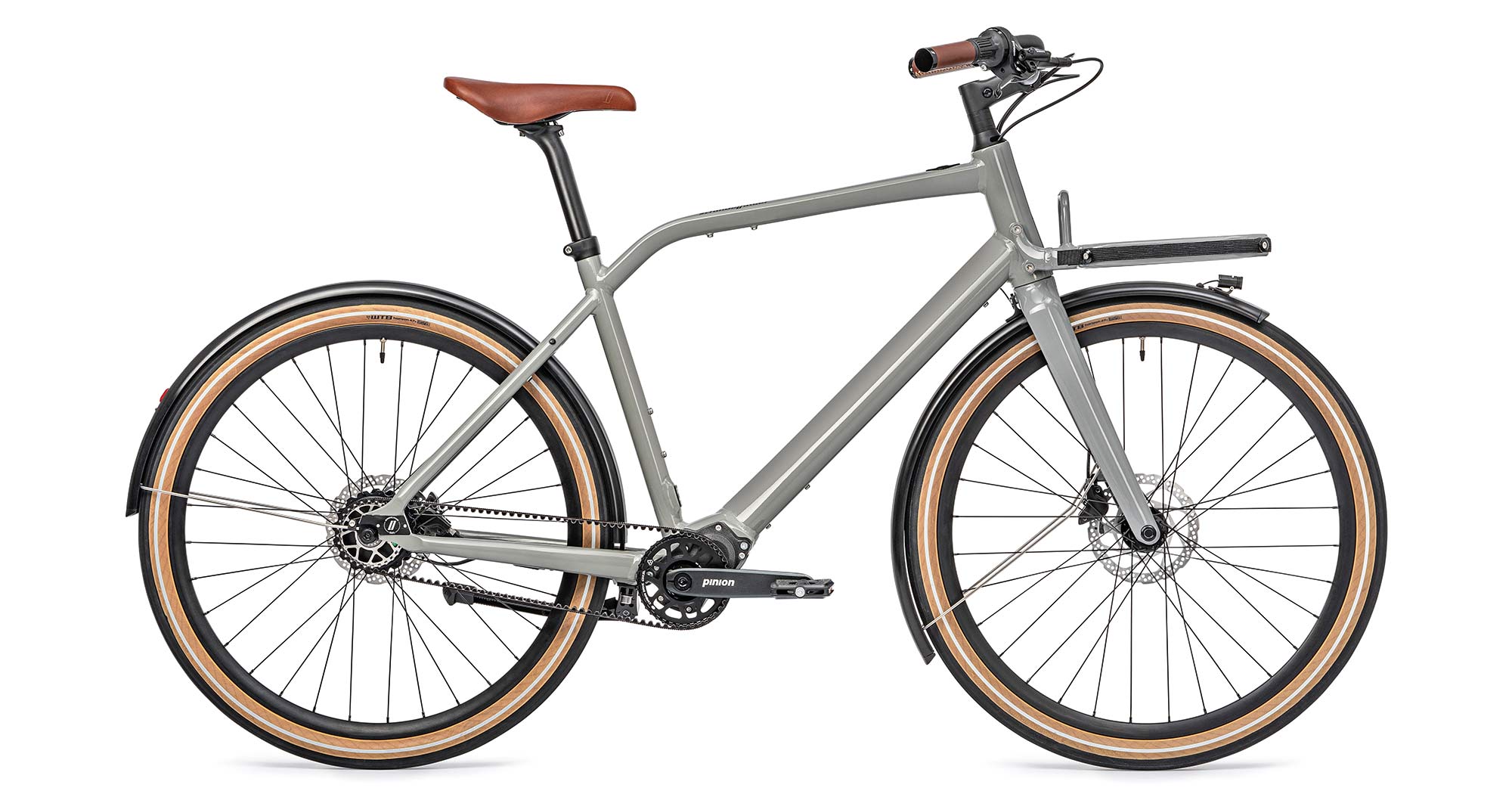 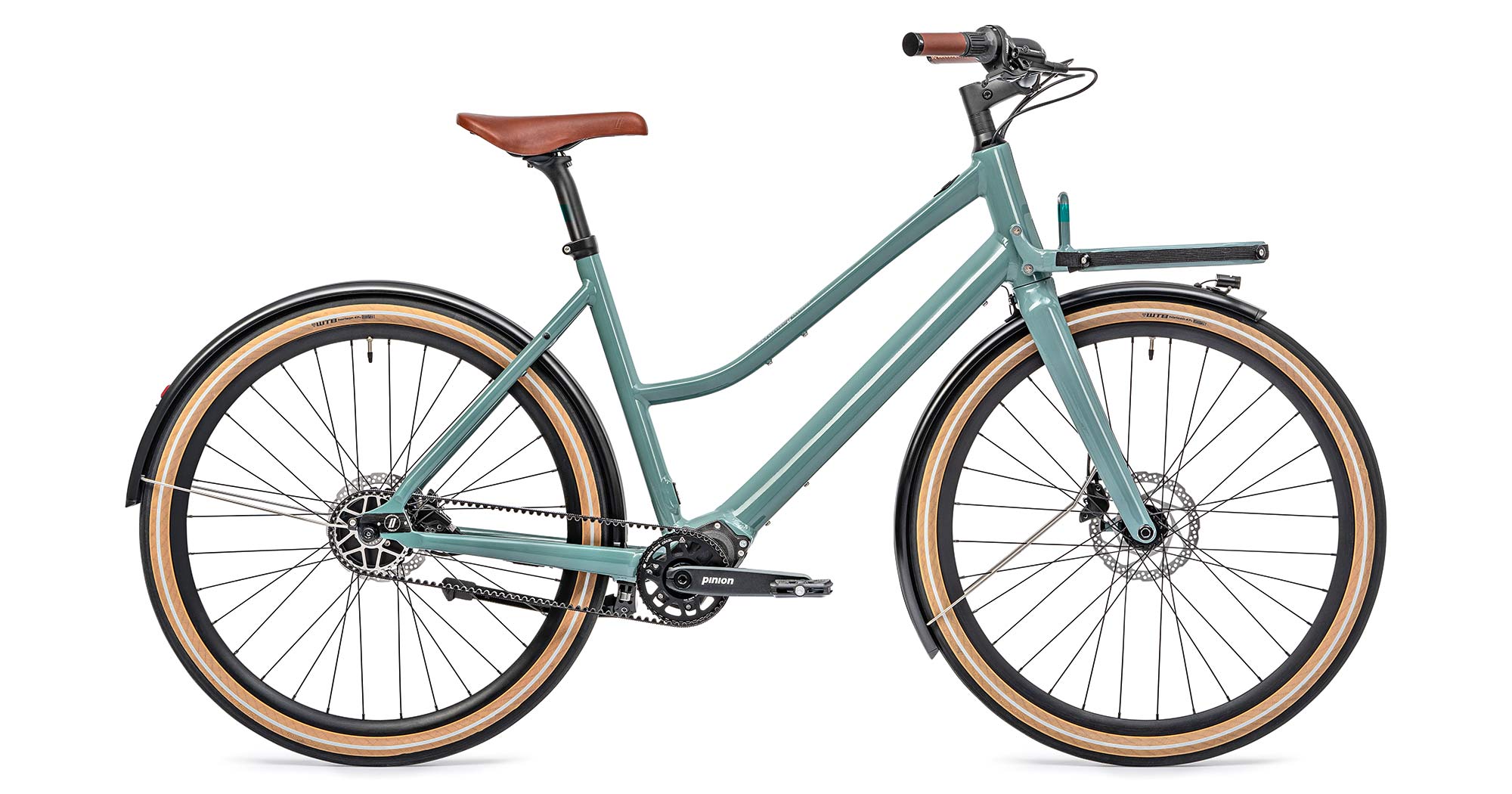 6-speed versions or either frame will sell for 3995€ (at 18.3kg), or 4350€ with the 9-speed gearbox (at 18.6kg claimed). Even though real delivery is still a long way off, Schindelhauer expects high demand and suggests pre-ordering early.

Or of course, if you are willing to pedal on your own, current 8-speed Gustav & Gretas are less than half the cost at 1595€, with earlier availability starting towards the end of summer. 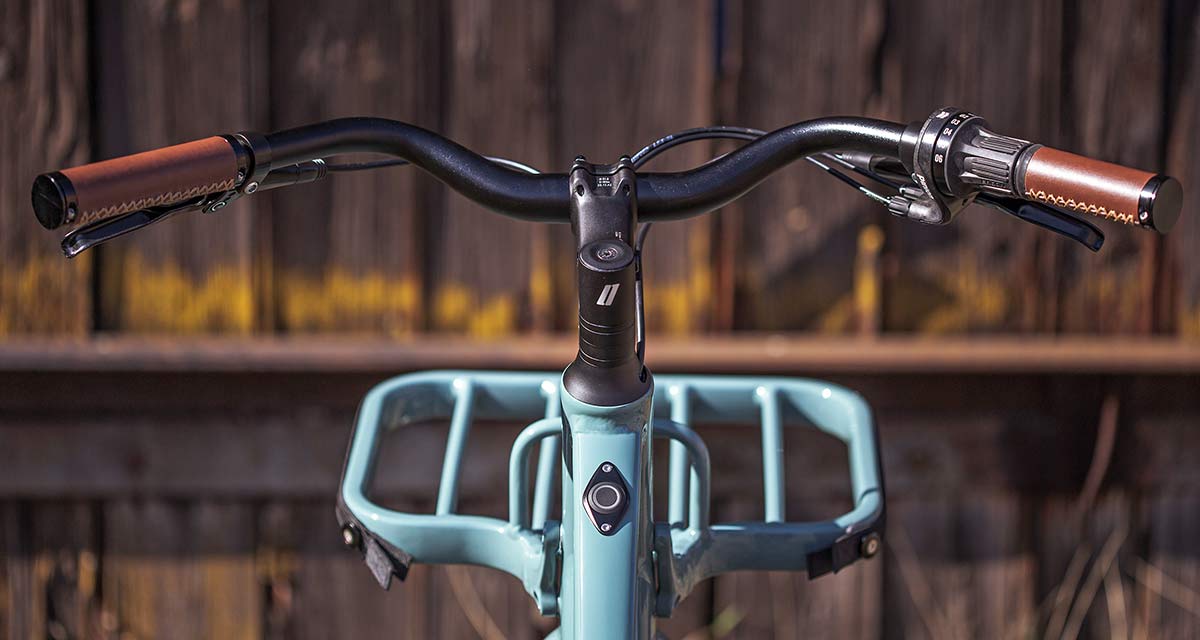 605b?? I swear this industry churns out tire standards almost as fast as bottom bracket standards! ;D

Pinion requires a lot of force to change gears (shifter) so it is not urban friendly gearbox. Frame should have lower top tube to easy getting off the bicycle when coming to a standstill on uphill section.