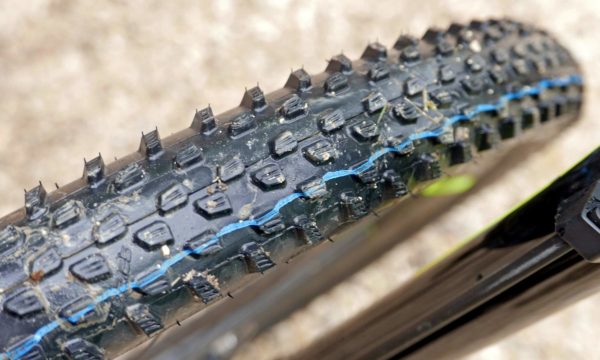 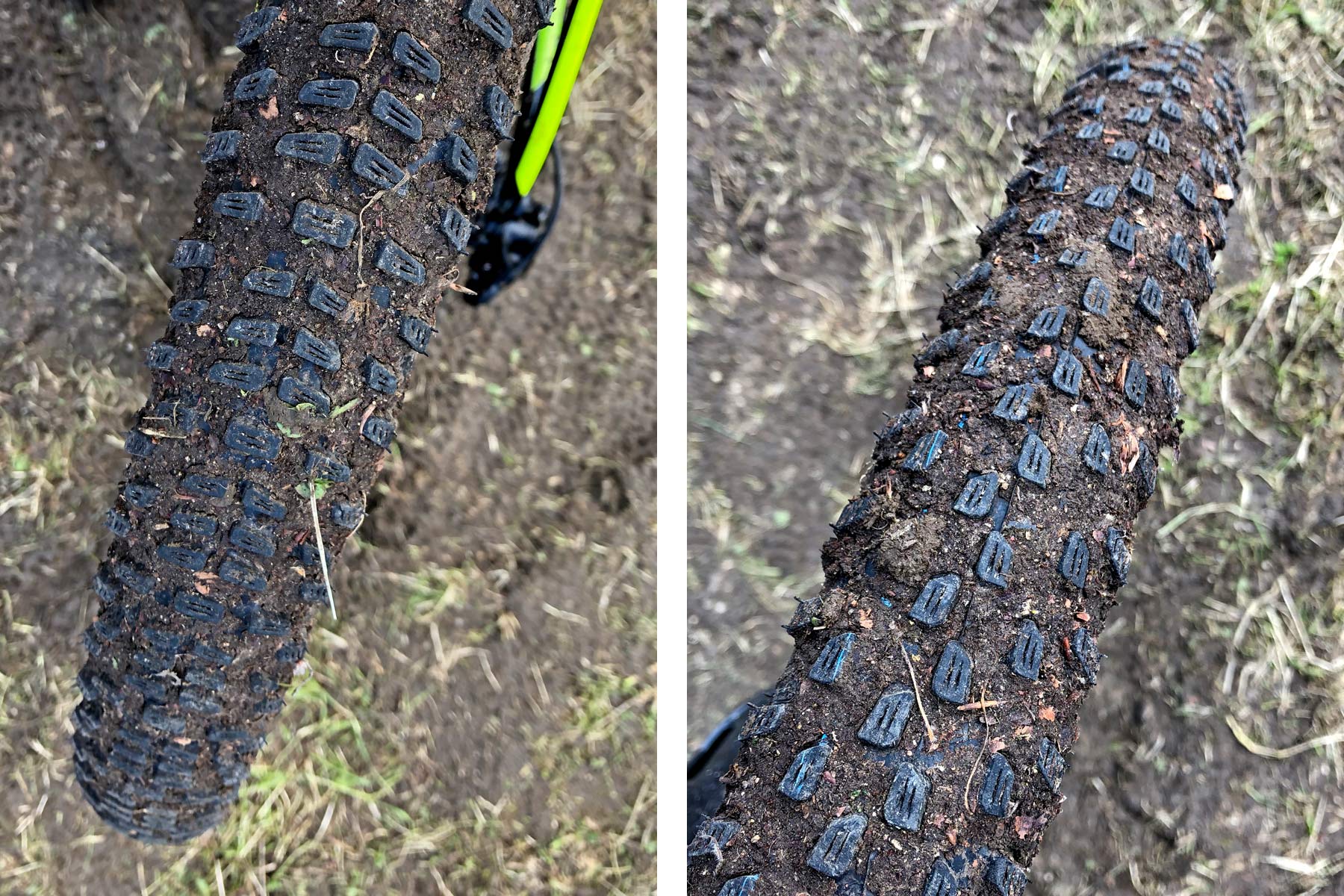 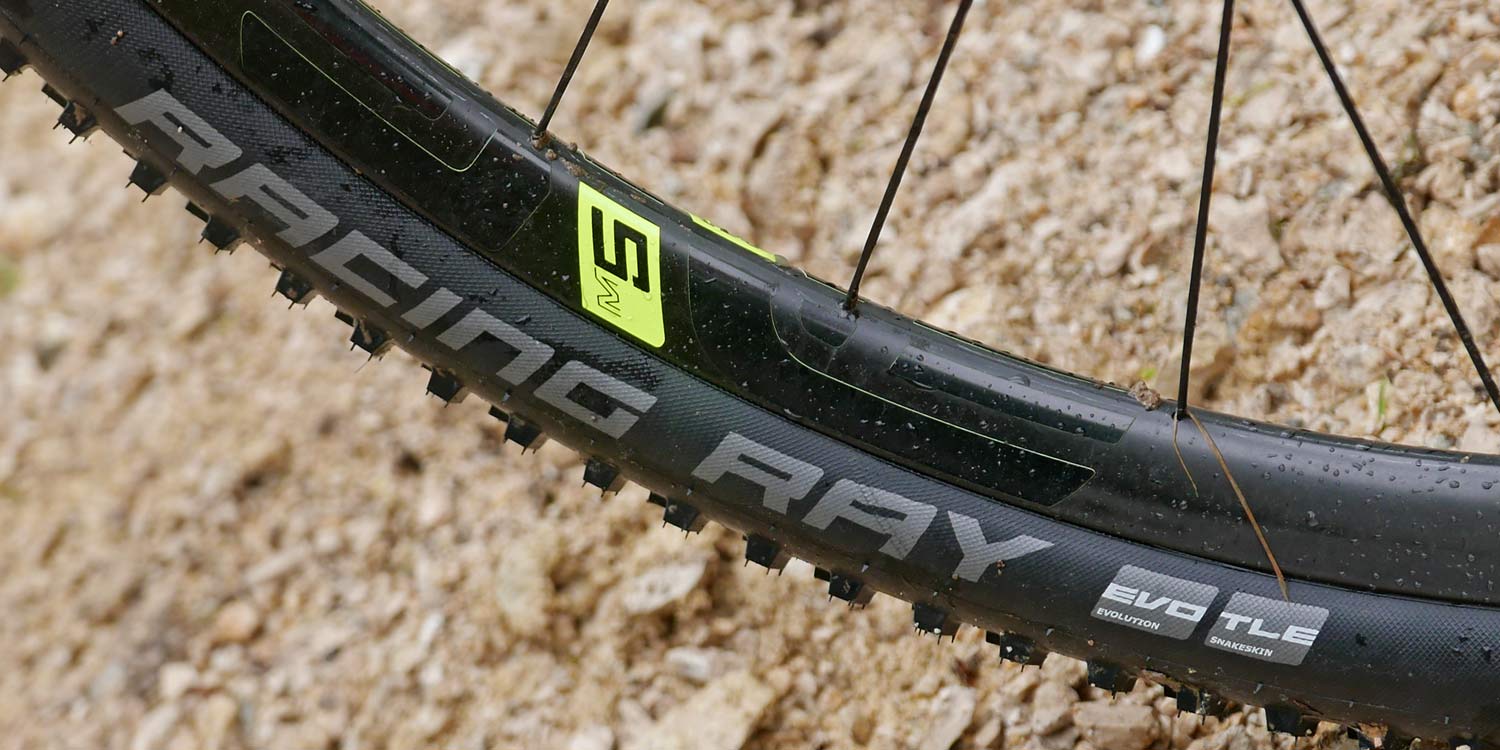 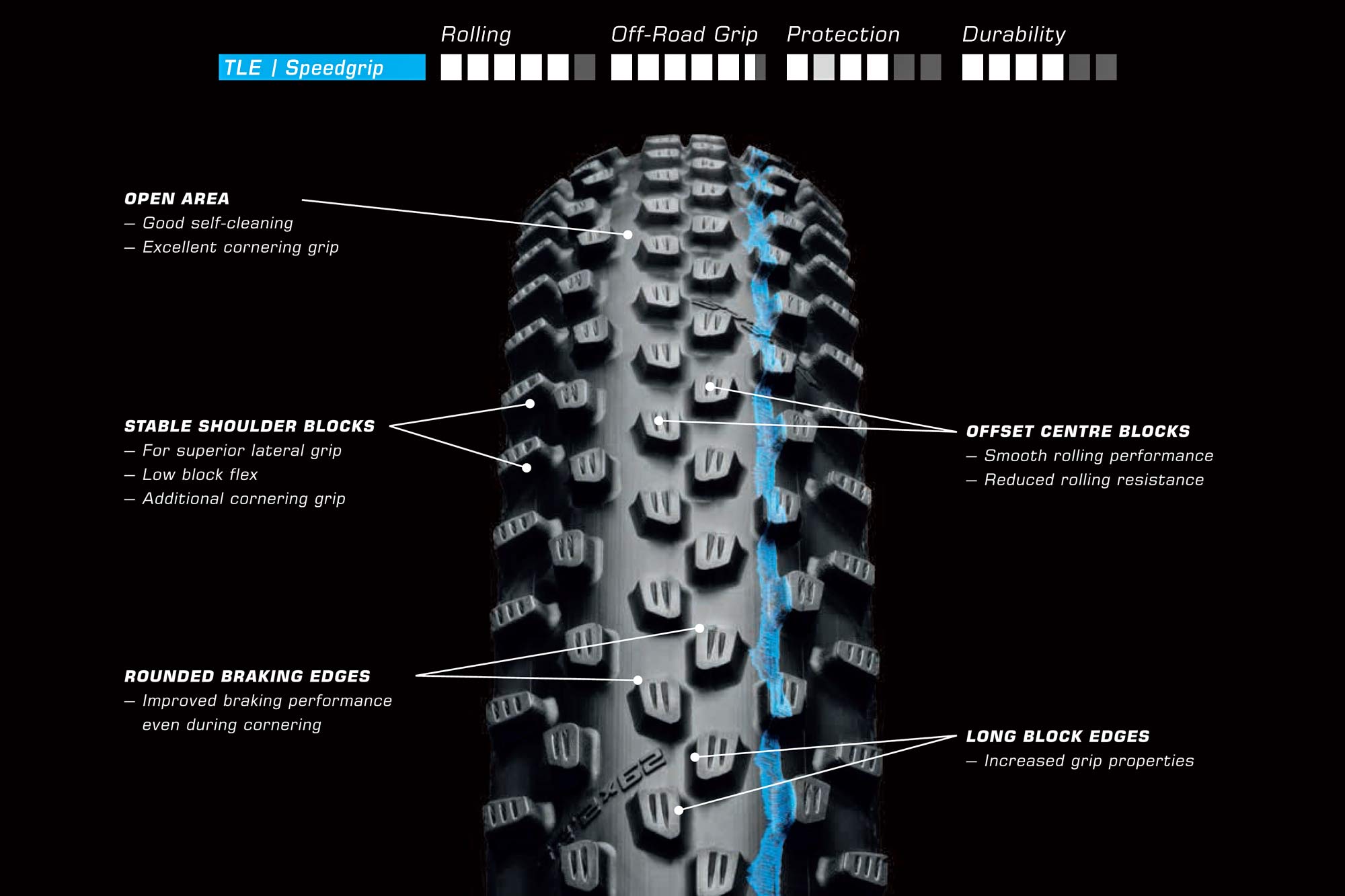 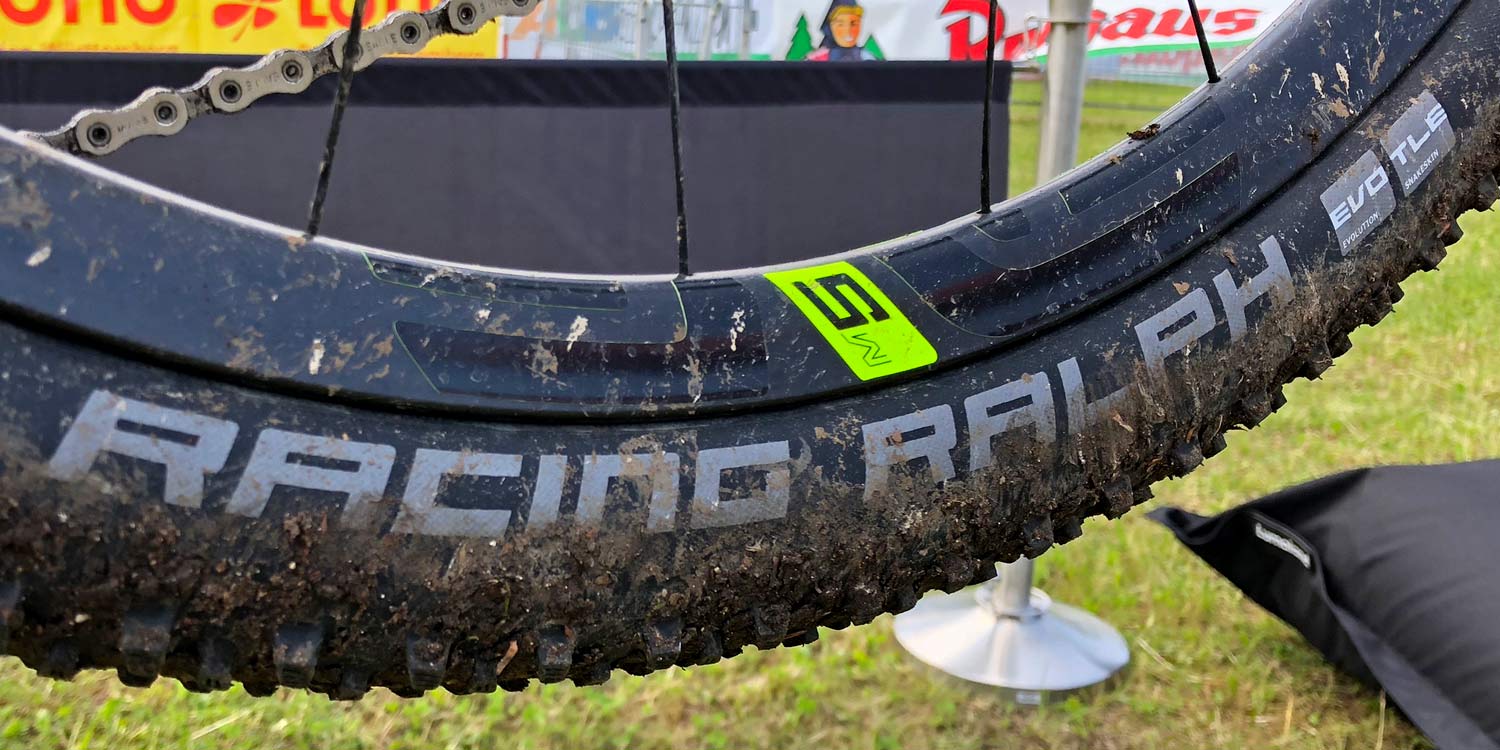 Paired with Ray up front, the Racing Ralph then promises to put the power down mixing fast rolling with the traction needed for quick accelerations. It gets more tightly spaced, and wider blocks – again all of which use directional sipes cut into them to allow the blocks to individually deform over obstacles, while retaining stable block shapes.

While designed for the rear, Schwalbe says the new Racing Ralph can also work as a fast rolling front tire for riding & racing in dry hardpack trail conditions. 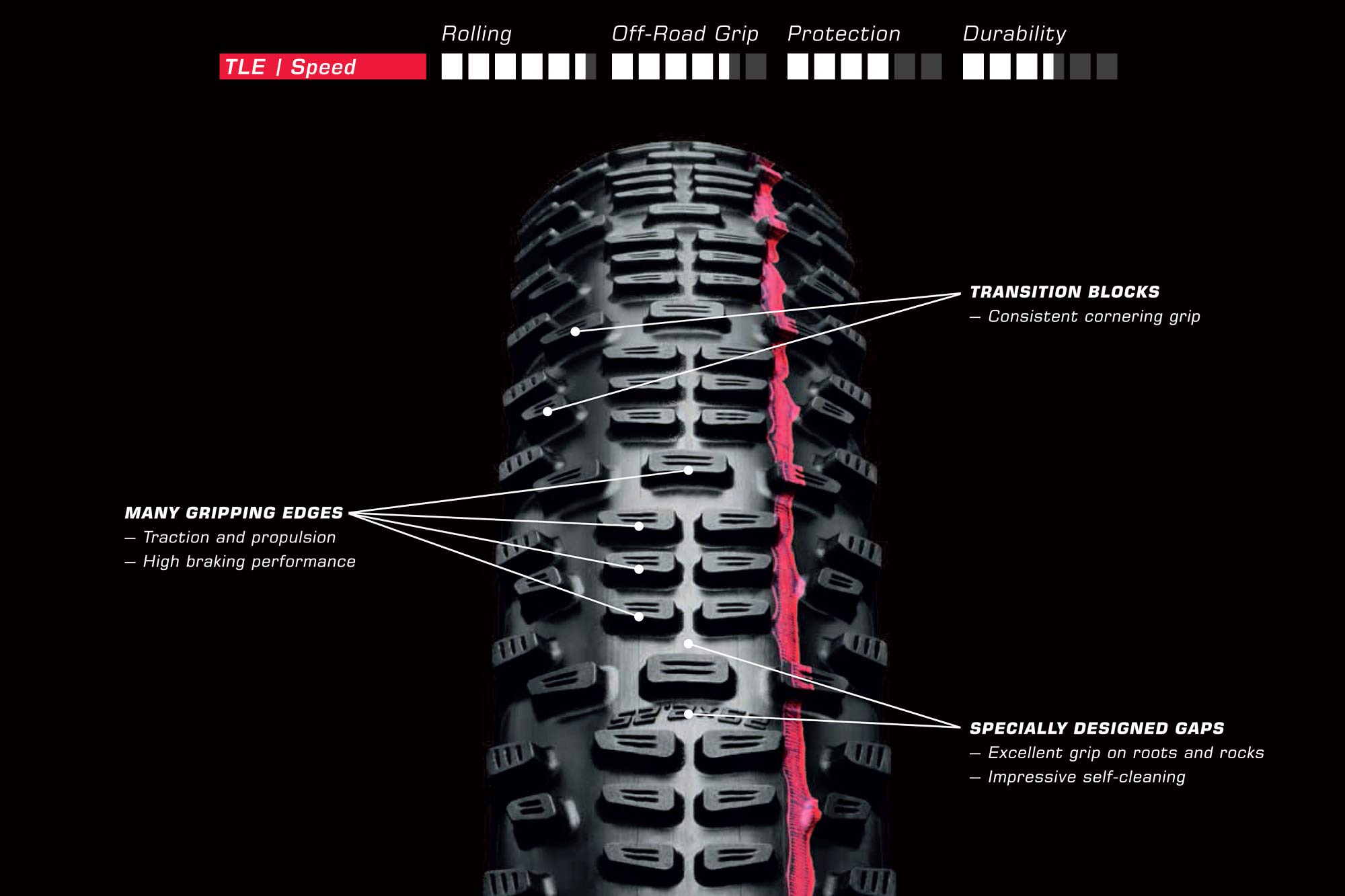 With more of a focus on fast & easy rolling, the reimagined Racing Ralph comes exclusively in the low rolling resistance, longer wearing red Addix Speed compound. It gets the same sizes to match Ray in 26″, 27.5″ & 29″ and claims the exact same weights. It also shares the same folding bead, EVO casing, SnakeSkin & TLE tubeless tech; and will also be available in cheaper  Performance casings too.

Both tires feature rounded tread block shaping that is new for Schwalbe since the current Fat Albert, and claims to offer grip better from all directions making the tires more predictable from edge to edge. It also is said to make them run more quietly.

The new tires will be available from retailers from July 2018 for 58€ in this EVO casing. Although they come stock on the new Cannondale F-Si carbon hardtail which just launched earlier today and will be in shops already in June, perhaps with other OEM XC bikes as well. 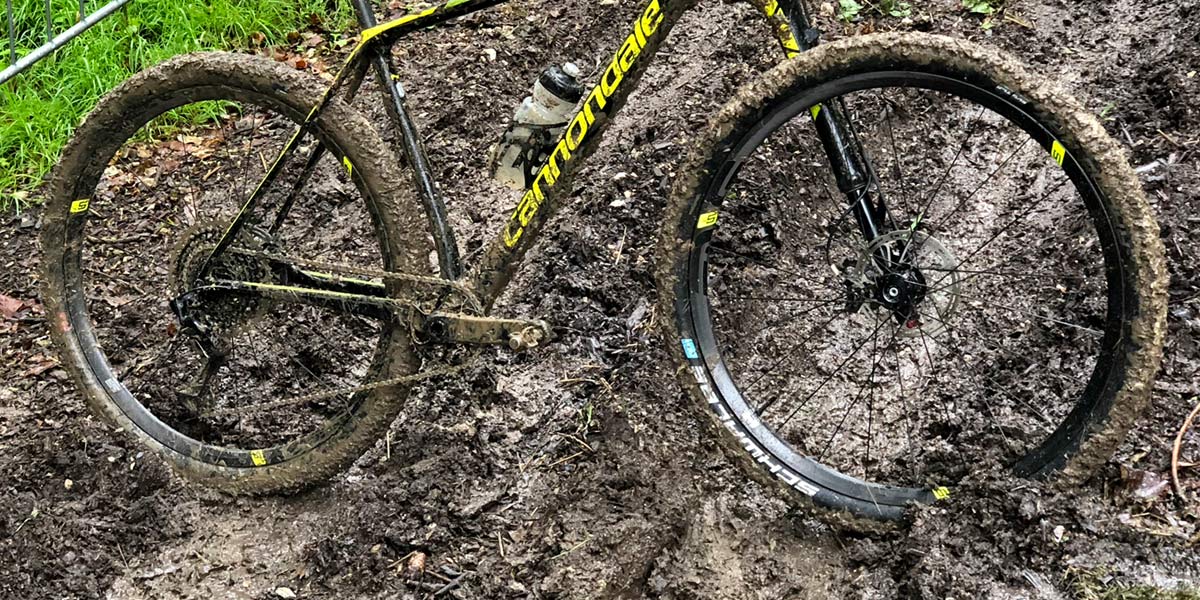 I had the chance to put in a few rides with the new Racing Brothers tires, in a mix of heavy & greasy mud, rocks roots, wet singletrack, and plenty of well-drained (and even dry at times) trail as well. Definitely pushing the extreme on the wet side (that bike is standing on its own above, supported just by the mud on its tires.) The Ray+Ralph bills itself as a multi-conditions tire pairing, and you’re not likely to ride in much broader conditions that what I experienced. With that said, I’ve never really ridden a tire that excels in heavy mud and doesn’t feel like a dog on hardpack. 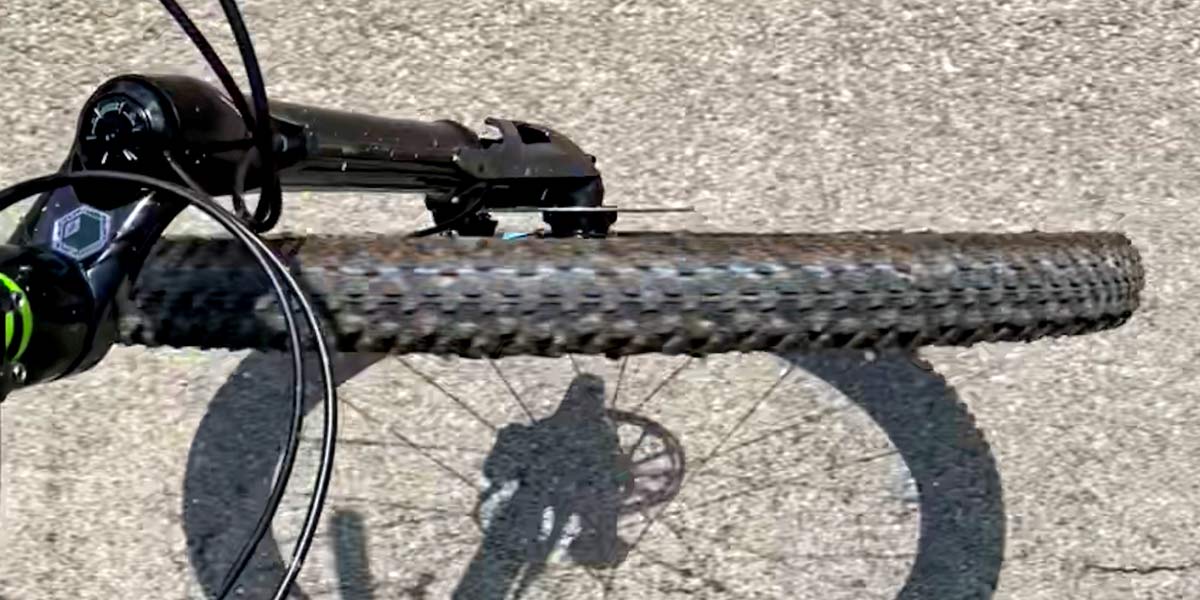 My first impression is that the Racing Ray & Ralph combo does admirably well across a range of conditions. But it is not a mud tire. When the mud got super stick & greasy, those gaps between tread blocks packed up pretty solid, and handling became squirmy with some proper two wheel drift on fast steep corners. If you are comfortable sliding around a bit (mostly predictably though) then you could get away with the occasional muddy ride.

The tires did much better when the trails were mostly hardpack, well-draining, or just overall drier. The tread did a good job of self-clearing as soon as I hit some gravel or more rocky trails, and felt fast rolling on a wide range of terrain. The Ray+Ralph isn’t likely to replace your all-mountain or trail tires with meaty, grippy tread. But on a fast XC bike they seem promising as long as you don’t expect to spend the majority of your time in the mud.

The new addix compound definitely last a lot longer than the previous pacestar stuff making schwalbe’s a good buy again (or at least not getting ripped off spending 75.00 on a tire which side knobs would come off in 2 rides). Just wish they could get their weights back to the pacestar days. All their new addix tires I have ran are much heavier on the scales than advertised. These new tire and new version of racing ralphs look interesting.

“you’re not likely to ride in much broader conditions that what I experienced” Not very wise to underestimate your readers. It’s easy to find pavement and I’m sure there are plenty here who regularily ride mud far worse than what you had a few rides in. One mans Epic Ride is another mans Lunch Ride.

Lighten up. He’s not underestimating anyone. This is why he used the words “you’re not likely” instead of something like, “it is impossible for you to..”.

I want to see Ray put againts Rocket Ron. For me the latter is by far the most versatile XC tire I’ve ever had – lightweight, superb grip and still good in the rolling resistance department.

Many people in my neck of the woods (Michigan) use Rocket Ron front and Racing Ralph on the rear wheel for years. Just another tire to “freshen” up the tire line-up I guess.

Nobby Nic up front has proven unbeatable in my experience and on my home trails. I’ve been stalling on some new tires while trying to make up my mind and wether or not to change hoops too. This set really has my attention.

No more continuous side knobs! That’s a no bueno for me and I love the old Ralph.

when we will see these for sale?

the cornering grip must be horrible with these thin side knobs – they have to be rotated by 90° ?
beside that: all addix I had where very heavy. send them all back. The old rocket ron was a great tire – since addix and these two new guys schwalbe is no choice for me anymore.