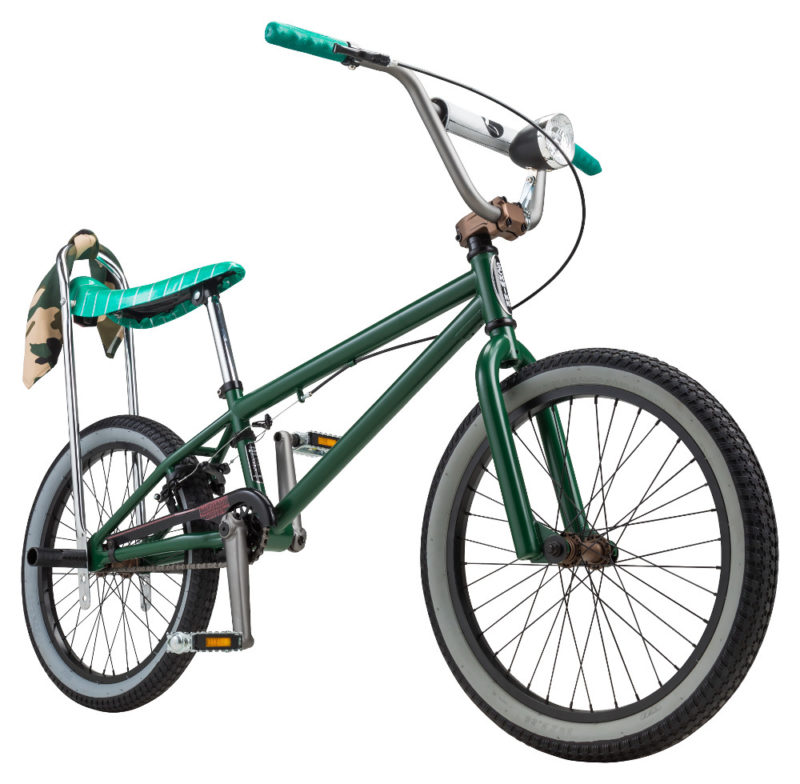 Anxiously counting down the days to the release of Stranger Things 3? We can’t make July 4th get here more quickly, but we can tempt you with a little bicycle related fun courtesy of Schwinn. Now on their second character bike modeled after the series, this time it’s Lucas Sinclair’s turn to take a ride. 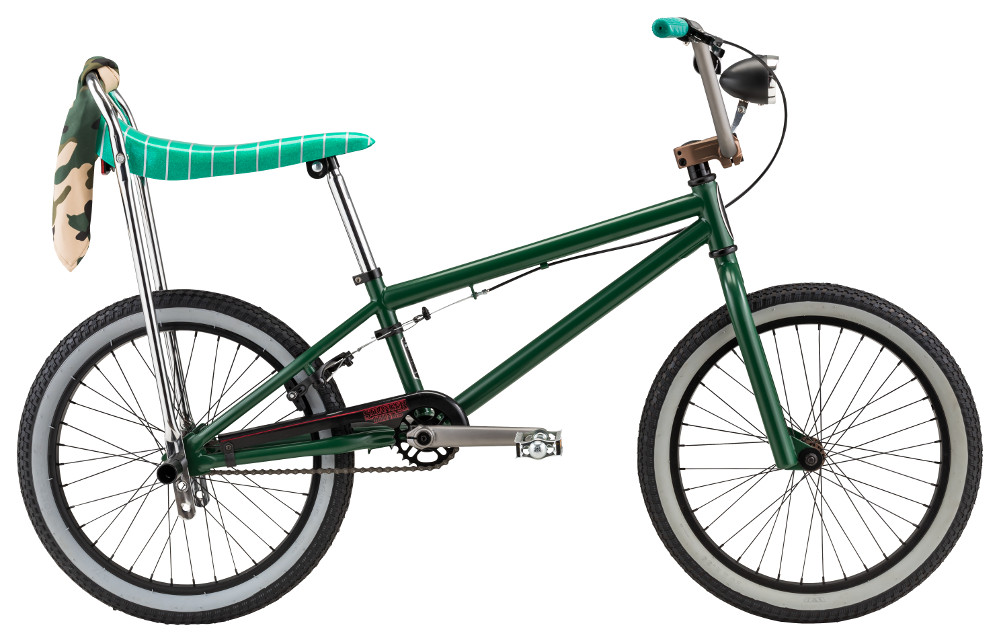 This one might have a bit less duct tape on the handlebars, but it’s a pretty close recreation of the bike that’s mostly a modern BMX with a banana seat on the back. Show worthy features include a functioning head light, camouflage bandanna on the seat, and additional show-related Easter Eggs hidden throughout. Hopefully your child won’t need help to escape the Upside Down on this – assuming you’re getting it for your kid of course. We won’t judge if you’re buying it for yourself.

Like the first bike, this is a limited edition run of just 500 bikes and when they’re gone, they’re gone. This one will sell for $349.99 through Amazon. 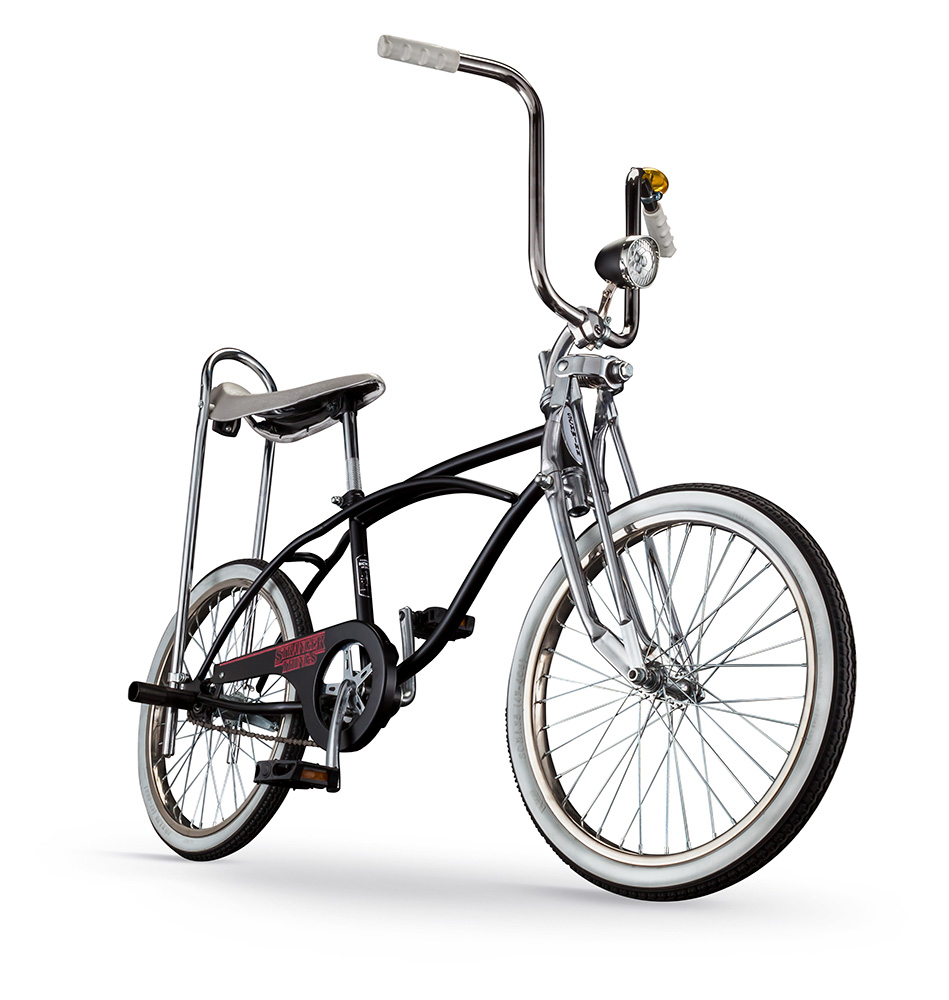 Previously, Schwinn offered Mike Wheeler’s character bike as the first in the series. The retro inspired cruiser featured hidden graphics, a headlight, bell, and of course, pegs to haul your homies as you’re trying to escape the bad men. When Mike’s bike went on sale last year, the 500 bikes sold out in just five days. Schwinn says there might be one more character bike is in the works, but no details just yet.

Update: As predicted, this bike sold within hours – so fast in fact, that Schwinn had to check with Amazon to make sure it wasn’t a mistake. But, like just about any limited edition product these days, you can find a bunch listed for sale on ebay from resellers listing them for a hefty premium.

Some futuristic bike for the 80s!

That’s one little thing that gets me about stranger things. Most of the bikes if you look closely are modern BMX’s with threadless headsets, modern geometry, etc.