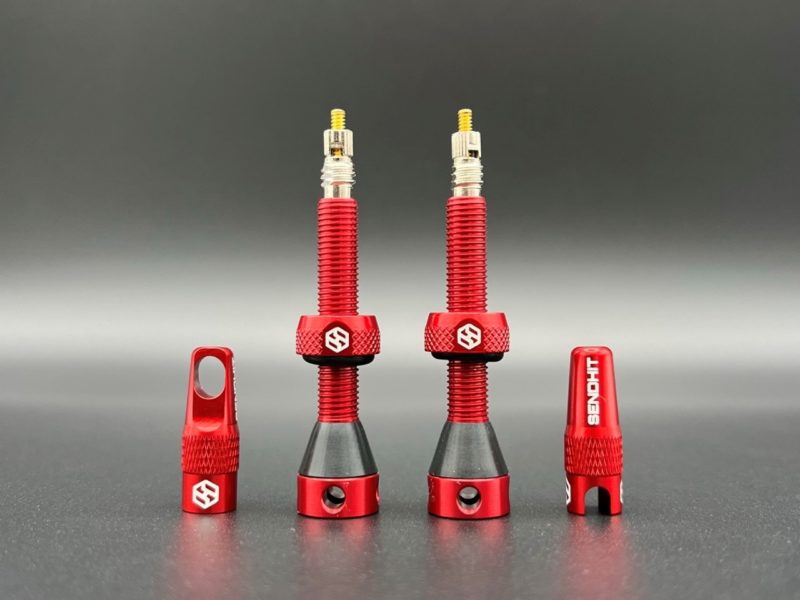 Your bike has been in storage all winter, but it’s time to ride. The tires need air, so you go to inflate them, but you can’t. The valve nut won’t budge. Often gummed up with hardened sealant, for me this is most often an issue on fat bikes or other bikes that see heavy use in the worst conditions.

Usually, this would require a valve core tool and an additional pair of pliers. The valve core tool to keep the core from spinning, and the pliers to grab a hold of the nut. But with the new tubeless valves from Sendhit, the remedy is as simple as removing both valve caps and giving it a twist. 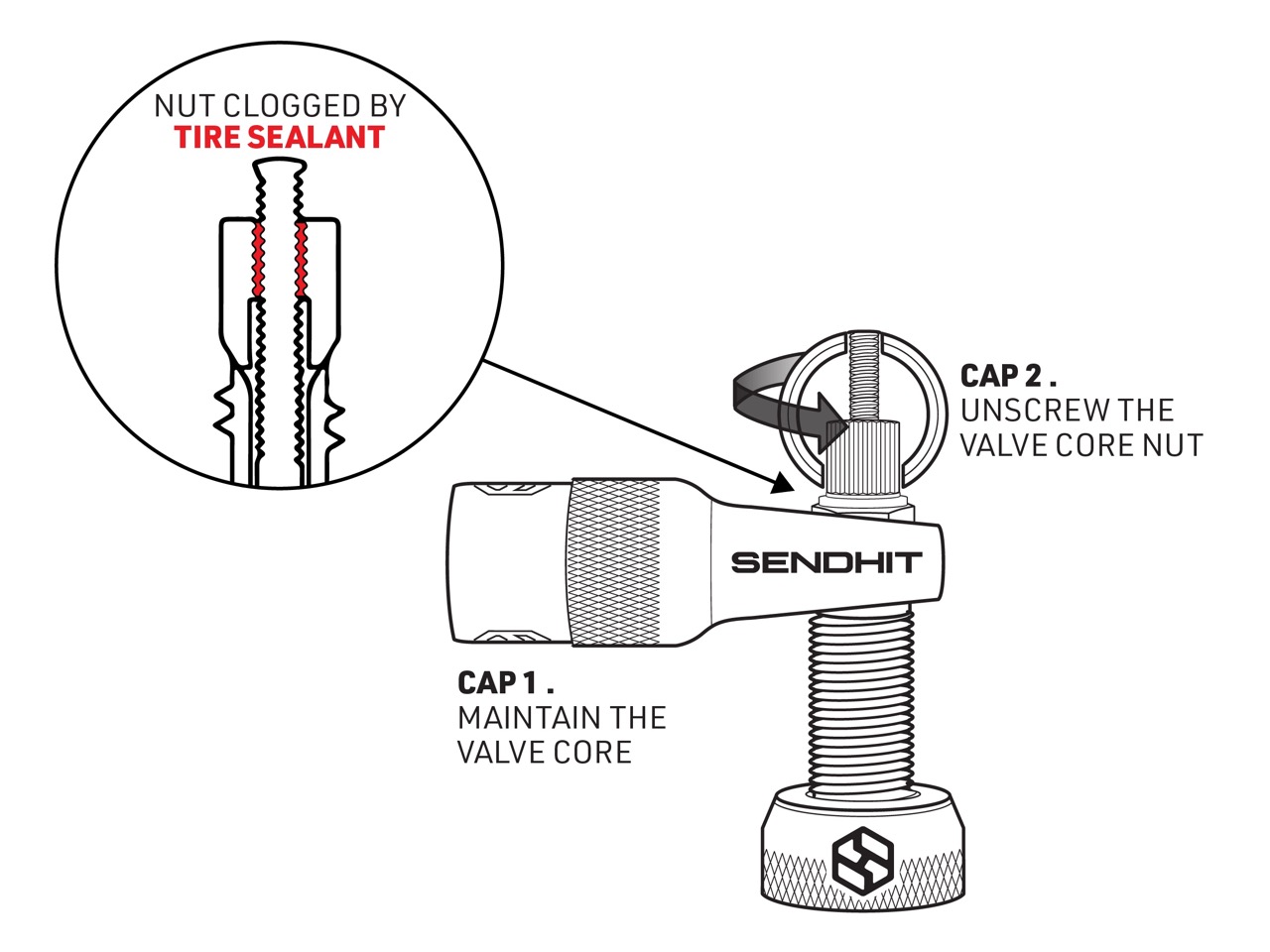 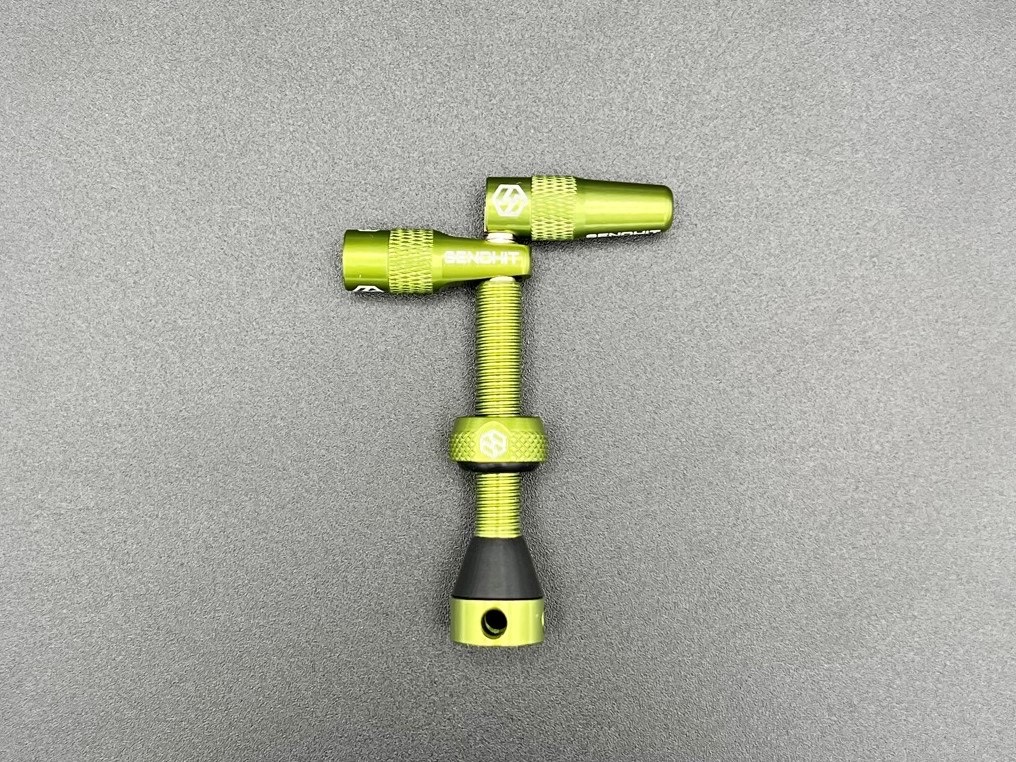 The key to the design is the two different valve caps, one for each wheel. One cap is fitted with a slot that will work as a valve core tool. The other cap has a notch that is designed to work as a valve nut wrench. When used together, one cap will hold the valve core in place, while the other will allow you to turn the stuck valve nut.

Obviously, this will require you not to lose the valve caps, but the bright colors should help with that. 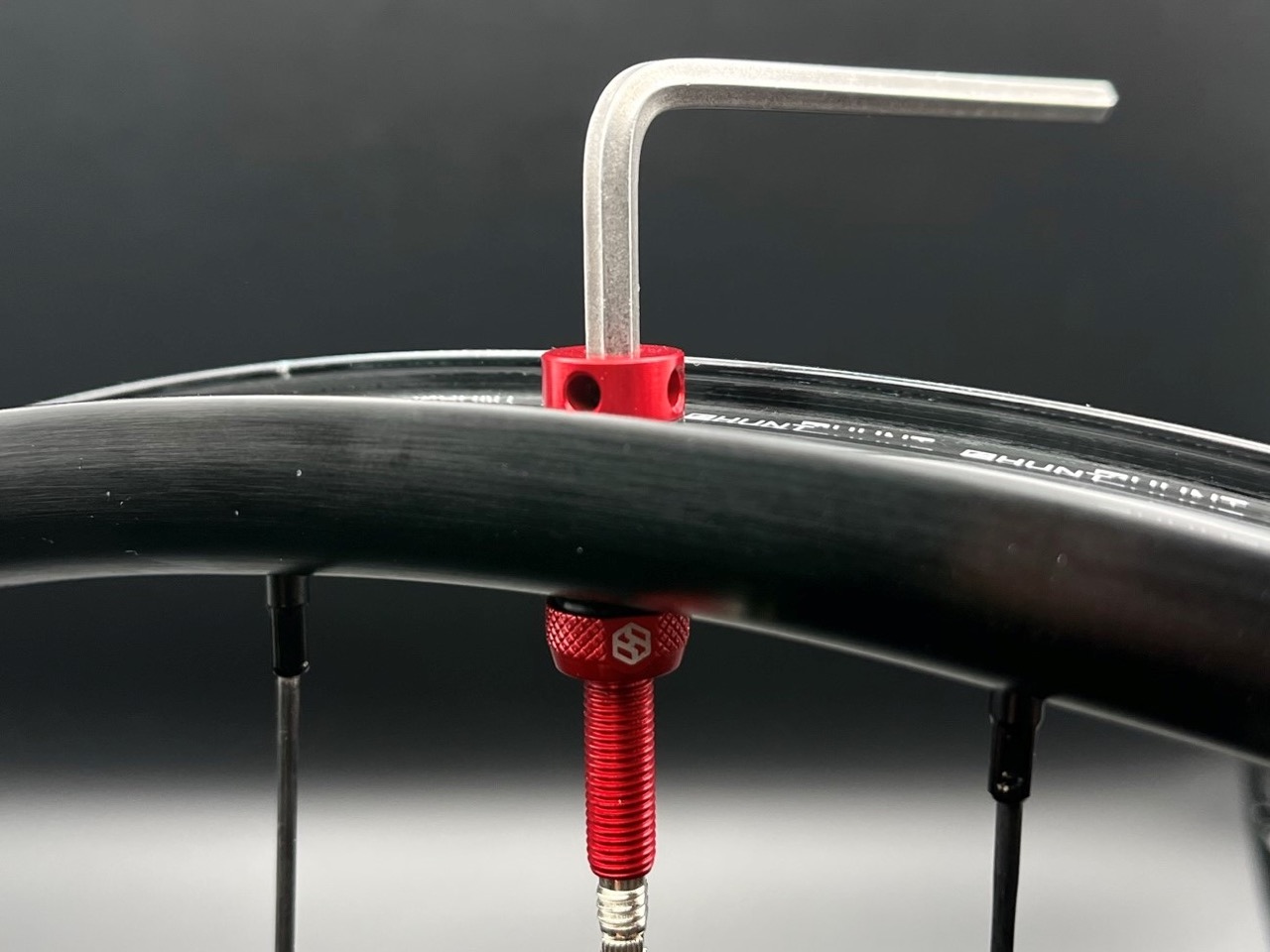 The 6061 aluminum machined valve stems also have a 4mm hex key slot to make it easier to get them tight on the rim, or to remove. Also note the horizontal airflow holes which should make these valves compatible with most tire inserts.

Measuring 44mm in length, they are said to work with rims up to 30mm deep and weigh in at 13g for the pair.

Offered in six colors, the valves are priced at $33.99 per pair and are available now.

Really not had much of a problem with sealant clogging the top of the valve. The problem usually occurs because sealant has coagulated at other end just inboard of the seal on the internal shaft. Had been using a similar design valve from Muc Off but opted for the Reserve Fillmore valves when the company released longer lengths for road wheels. Have not had any problems with clogging since that time but there is a tradeoff as checking tire pressures with the Fillmore valve core does make it difficult to get an accurate reading.

I got the Fillmore valves when they were released, but couldn’t get the tire beads to seat, and neither could my LBS that had years of experience with tubeless. Bottom line, a Presta valve with the core removed is still a larger airway that a Fillmore.

But like you, when I’ve had congealed sealant, just removing and cleaning the core is all it took.

Why is there sealant in your valves top to begin with? Sealant goes in with the valve core removed or with a small part of the tire unseated. The place where sealant does clog the valve is at the rubber valve seat. I remedy that with a drop of oil before attaching the valve core.

That’s fine until you install a CushCore. Then, you’ll suddenly be really interested injecting sealant through the valve. Of course these valves aren’t compatible with CushCore, so I don’t really have a point. 😉

I believe these valves would be compatible with Cushcore since the airholes are on the sides of the base instead of the bottom.

In my experience the nut often clogs up because there is a valve cap used in the first place. The valve cap creates a space for the sealant to build up. Just using no valve caps at all fixes the problem, no need for extra fancy ones instead.

Been running fillmores with no issues. I just installed them on my wifes bike with 3.0 plus tires and was albe to use just a floor pump to seat them. Never liiked that dinky little presta nut