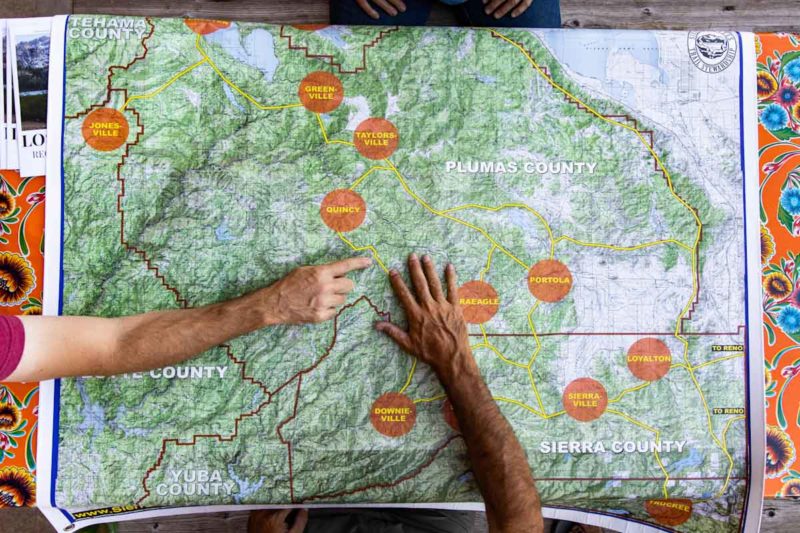 If you’ve done some travelling with your bike(s), you’ve probably noticed that a good trail network can attract a lot of visitors from far away places. Nowadays many rural areas once dominated by resource-based industries have turned to tourism, often encouraged by outdoor recreation, to keep their communities from dying off.

With the helping hands of the Sierra Buttes Trail Stewardship, California’s Lost Sierra Range is now on the cusp of developing a major trail system that aims to bring visitation and economic stimulation to over a dozen local towns. The Connected Communities project has already begun, and will eventually link 15 struggling communities through a multi-use trail system offering over 300 miles of trail. 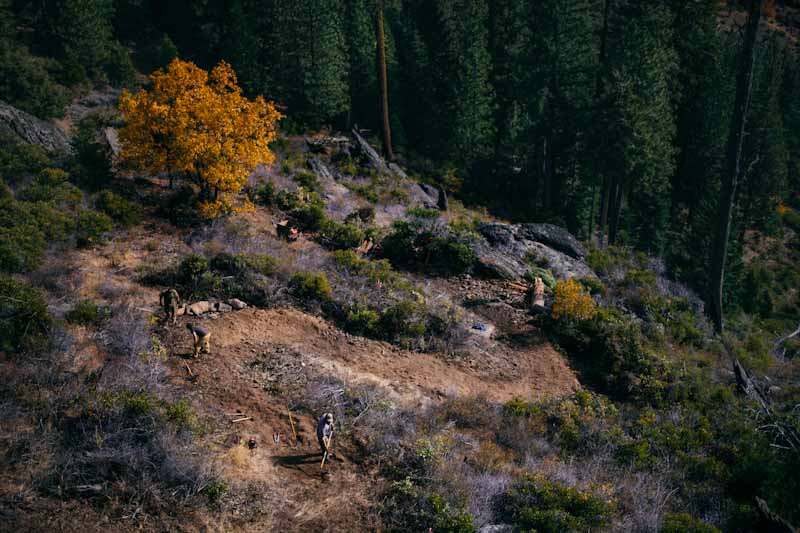 Established in 2003, The Sierra Buttes Trail Stewardship is an experienced organization that already maintains an expansive multi-use trail network.  The organization has been tasked with creating the Trails Master Plan for the Connected Communities project. Their plan is to build the Lost Sierra Route, which will connect rural towns in the Plumas, Sierra and Lassen counties.

Logging and mining were once the backbone of these local economies, but as the industries died and moved along the communities have suffered accordingly. Yet while the industries left, they left traces behind; parts of the Lost Sierra Route follow the original trails cut in by miners many years ago. 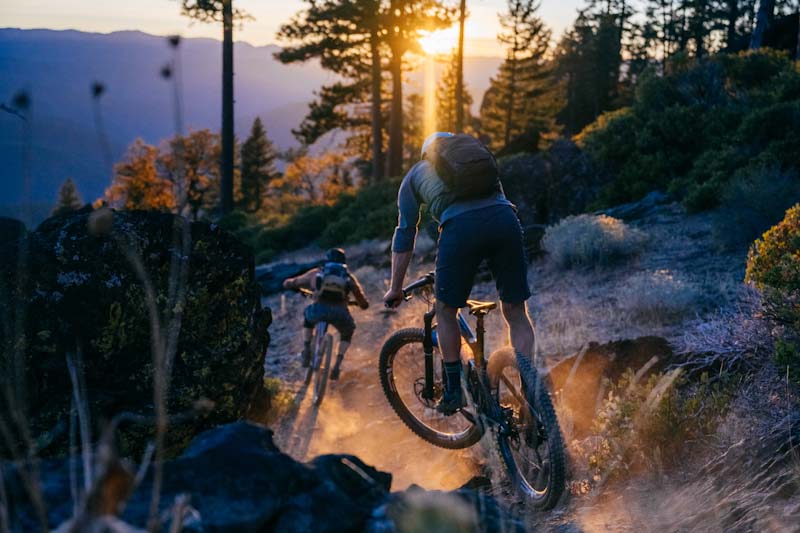 The Lost Sierra Route was built to be similar but different from popular trails like the Pacific Crest Trail and the John Muir Trail. It’s similar in the sense that it’s a long route that traverses through alpine valleys and near mountain peaks, but it’s different in two key ways: One is that it’s open to everyone, and the other is the direct connection to the towns along the route.

Aside from providing a ton of trails to explore, the main goal of the Connected Communities project is to bolster the local economy. SBTS is calling their planned route ‘A Trail for Everyone’ so aside from cyclists, they expect the multi-use trail system to attract hikers, trail runners, moto riders, hunters, equestrians, kayakers, fishermen and families.

To ensure community engagement SBTS is mapping out trails that lead visitors right into the hearts of each small town they pass through, encouraging local exploration and spending. Furthermore, they’re also creating a ‘trail passport’ to encourage travellers to stop in each town. Visitors will register for the trail passport, then get it stamped at local businesses as they carry it along the route. Some local businesses may also provide special offers to passport carriers. 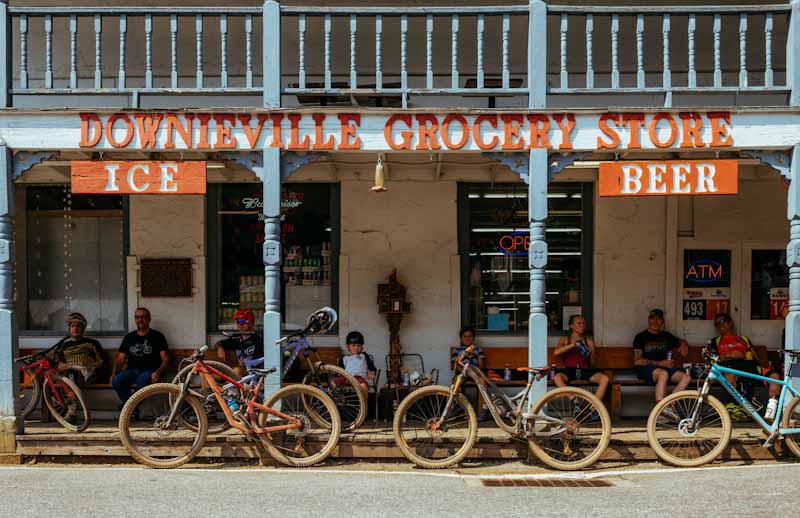 The Downieville Grocery Store is the main stop for beer and provisions when you get back from a ride.

In addition to bringing in tourism from afar, trail development can also create local employment and foster a community that values outdoor recreation. SBTS is hoping that in the future, residents in these small towns can find more reasons to stay rather than leave.

The Lost Sierra region is ready to welcome visitors as soon as the snow melts: While the trail network is far from complete, all 15 local communities are already linked by gravel roads, and construction on several trail connections will begin this summer (including Quincy to Taylorsville and Portola to Graeagle). Currently, each town has its own trails and recreational opportunities to explore, you just won’t be able to link them all together (by trail) quite yet.

Also starting this summer is the Lost Sierra Adventure Series, which will lead riders/visitors around the trail network with their Trail Passports. GPX routes will be available for download, and will include ‘treasure maps’ allowing participants to win prizes from industry and local business partners. Eventually more and more trails will appear, but the Connected Communities project won’t be complete for some time: construction is expected to continue until at least 2030. 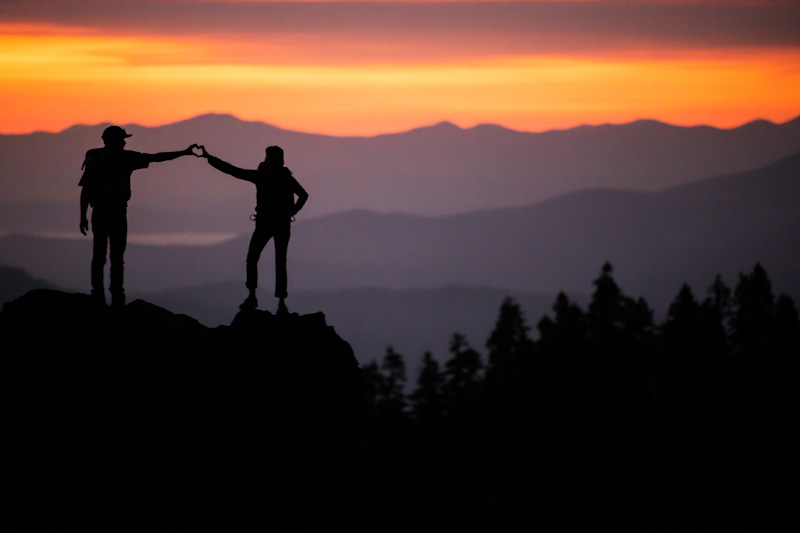 Good, take that attitude and go ride somewhere else…