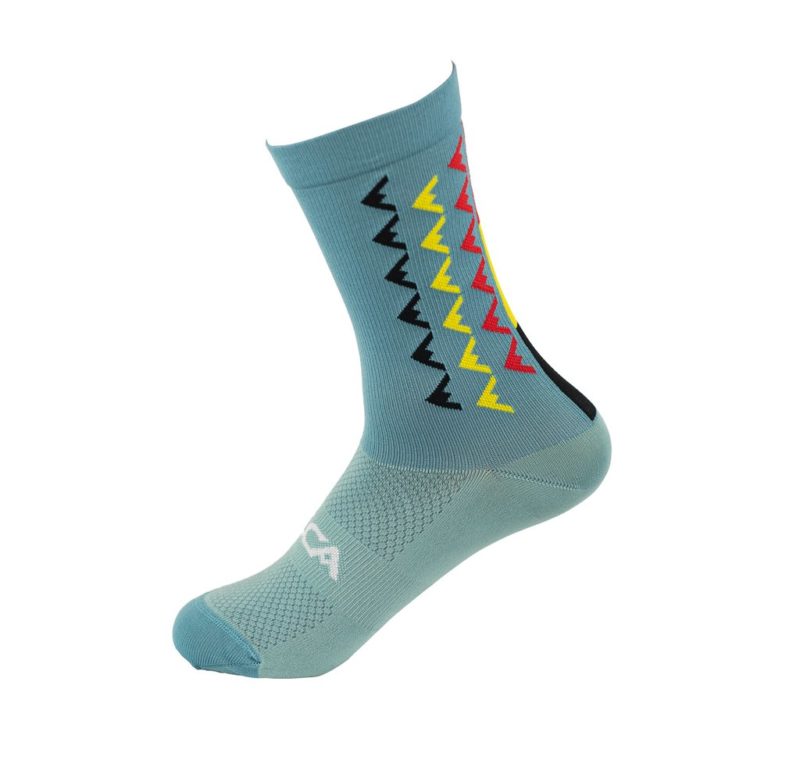 If you think aero socks are ridiculous, you’re not alone. Silca CEO Josh Poertner describes his relationship with them as “continued disbelief and amazement.” But even though the company’s new Aero socks may sound like “the dumbest idea ever” (all quotes Poertner’s), he still swears they’ll make you faster.

The benefactor of a painstaking design process, the socks feature a ribbed lycra cuff with Delta wing-shaped turbulators, done up in a specialty polyamide fiber that’s infused with silver ions.

That’s what we said. Here’s the story of Silca Aero socks, as told by Poertner.

Poertner estimates that a tall aero sock, on average, can deliver around 12 watts of savings at 30mph. Thus his “disbelief and amazement” led to him convincing one of Silca’s sponsored teams to wear them. Unfortunately, the result was a disaster: the socks would constantly sag when they got wet, leading to blisters and, perhaps worse, wind resistance.

At first, they resorted to spraying the riders’ legs with adhesive, then essentially sticking the socks on. That “ridiculous situation” led Silca to start developing its own aero sock.

They went to “the most famous sock factory in the world,” which happens to be in Italy. The place, among other things, designs and builds its own knitting equipment to support its hosiery manufacturing empire. Its name and location are apparently trade secrets, but after two years of R&D, Silca walked out with a ridiculously advanced sock. 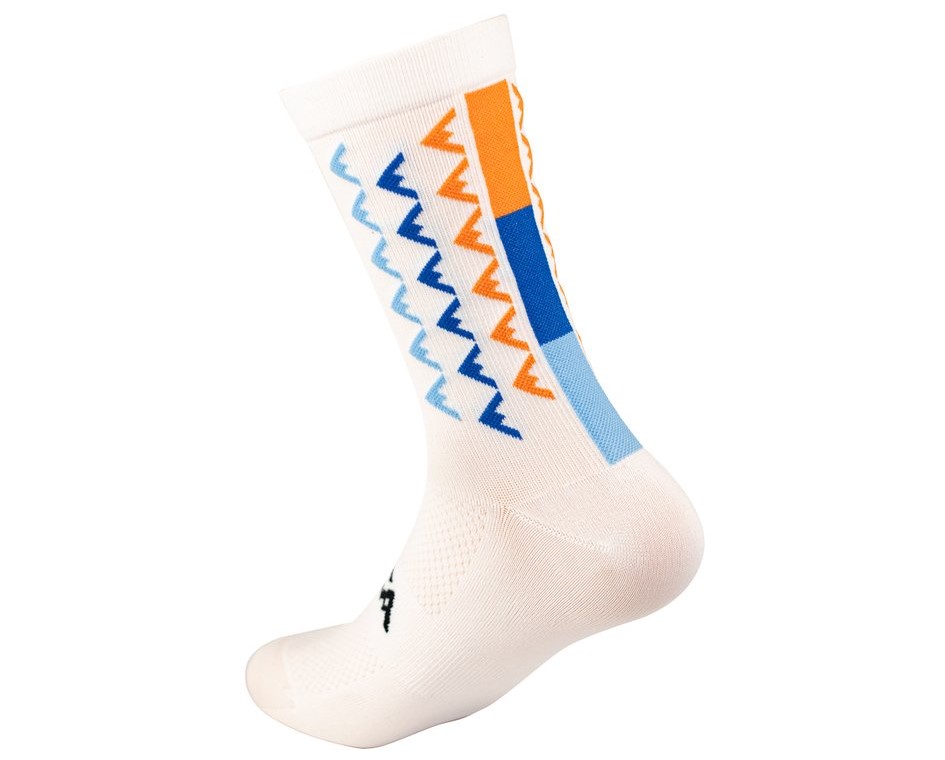 How is the sock is aero?

The Silca Aero sock is knitted from Q-SKIN, Italian textile developer Fulgar’s silver ion-infused 6/6 polyamide. The beyond space-age material fights odors and bacteria with its ionic composition. Not only that, but it generates a smooth surface on the front of the leg, and Poertner says it feels “beautiful” on your feet.

On the upper, the little chevrons aren’t just decorative. Actually, they act as turbulators, which create little vortices to help keep passing air more adhered to the leg. This effect allows the air to ride around the leg, finally separating at a width narrower than the leg itself. The result? Reduction of the pressure wake behind the lower leg by 50%, leading to what else? Wattage savings, an estimated 10W at 30mph.

The “most minimal toe seam for a sock,” achieved through advanced knitting procedures that eliminate the typical closure method, rounds it out. 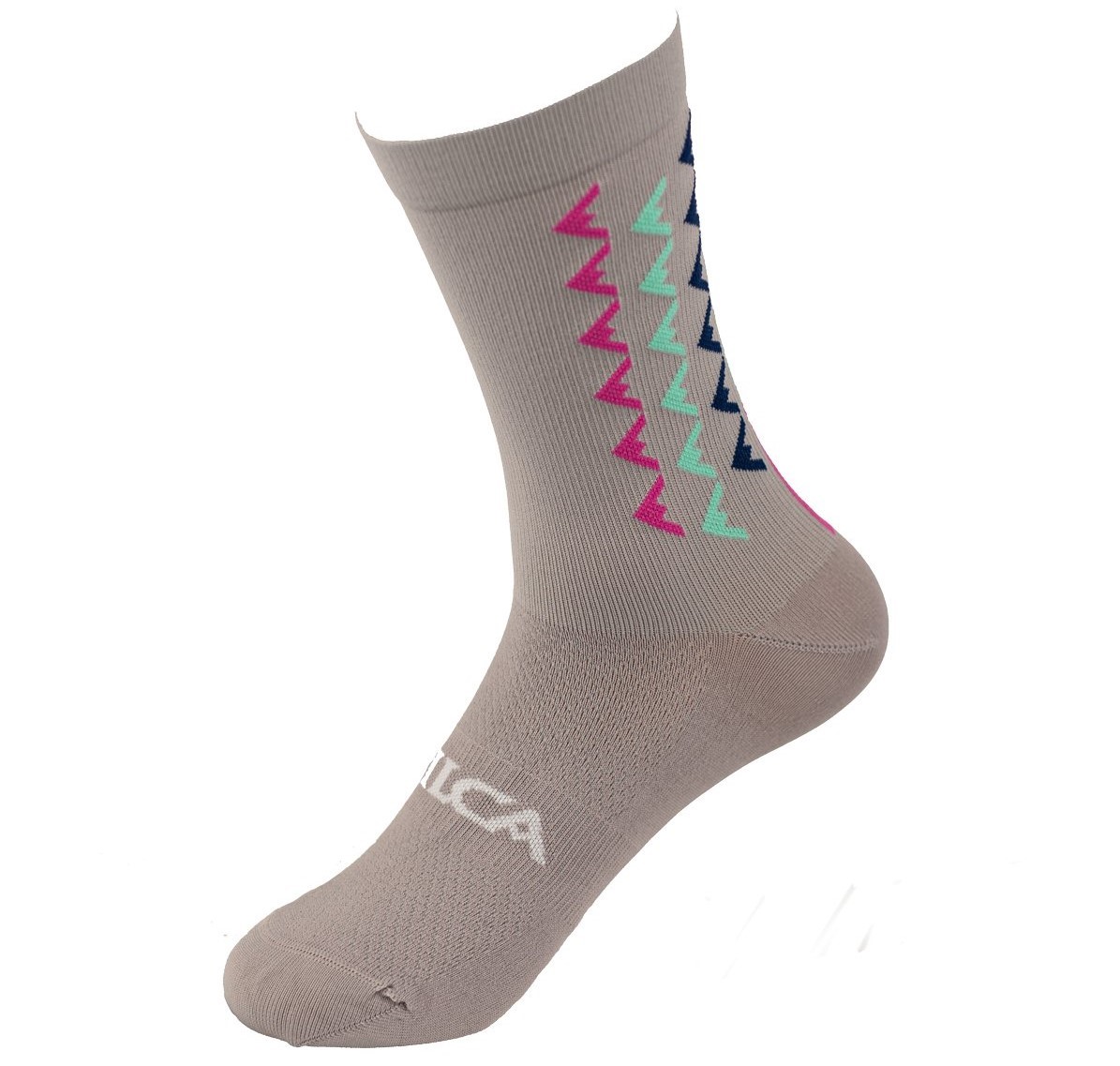 Get faster with the most high-spec sock we’ve ever seen in any of four colors and three sizes. The socks launched at silca.cc, and MSRP is $30.

Maybe they should make full fall/winter tights out of this stuff and we can save 40-50 watts at 30 mph?