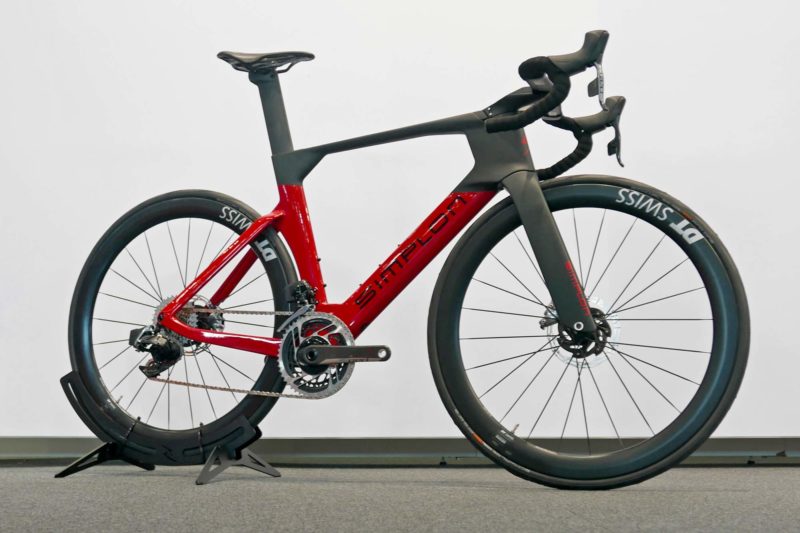 The new Simplon Pride II overhauls the Austrian aero road bike to fight for the title of “world’s fastest” road bike. With more forgiving UCI regulations, Simplon made the bike more aerodynamic than ever, while also building in much more rider adjustability. There is even a new Pride Tri version that easily converts the bike to a full-on triathlon or time trial racing machine. And if you are looking for a slightly more-chill riding pace, Simplon also has the endurance road Kiaro Disc or versatile Inissio Gravel bikes, each that even offer a PMax e-bike version with stealthy ebikemotion e-bike support too…

Thanks to recent relaxation of UCI technical guidelines on frame profile ratios, Simplon went back to the drawing board and back into the wind tunnel to re-build their already-fast & integrated Pride aero ride bike even faster. Now, with deeper frame & fork tube shapes, cleaner integration, and much-improved fit adjustability, Simplon says, “the Pride II breaks all wind tunnel records”, now taking advantage of sailing effect in crosswinds much like we see in modern aero wheels. 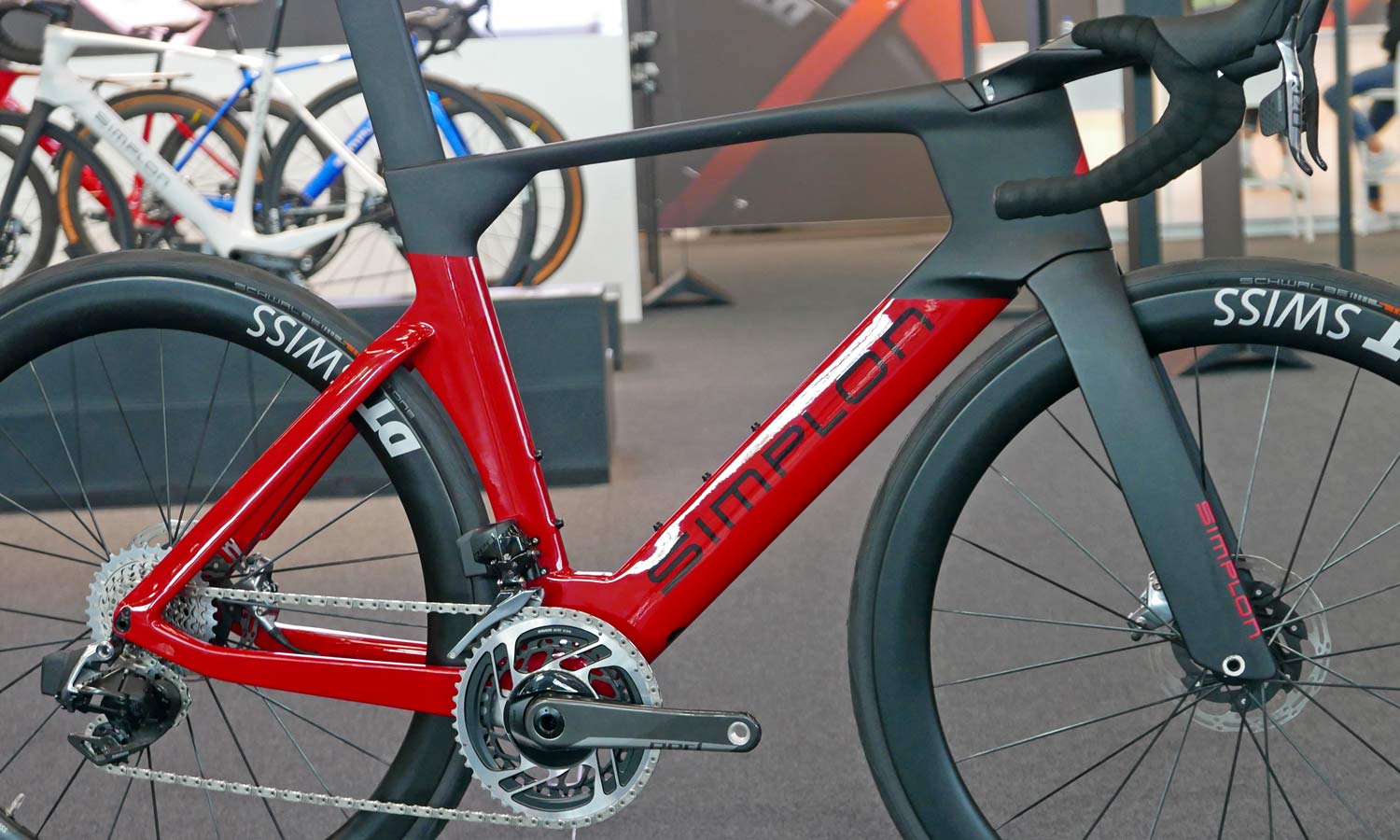 Starting in CFD, the entire new Pride II frame kit was redeveloped as a complete system for optimal airflow. Comparing the new Pride II to its predecessor in profile, it seems little remains the same. The new bike still features the integrated cockpit up front, fork crown that flows into a shaped downtube, and dropped seatstay junction. But beyond that, the much deeper tube shapes appear all-new.

Now the new aero road bike features a deeper aerofoil headtube, a webbed seatcluster that hides the internal seatpost clamp, deep aerofoil seatpost shape, close rear wheel cutout in the seattube, an all-new webbed juncture between the downtube & seattube to smooth airflow over the crankset & front derailleur, and more horizontal chainstays that angle up just ahead of the dropouts. 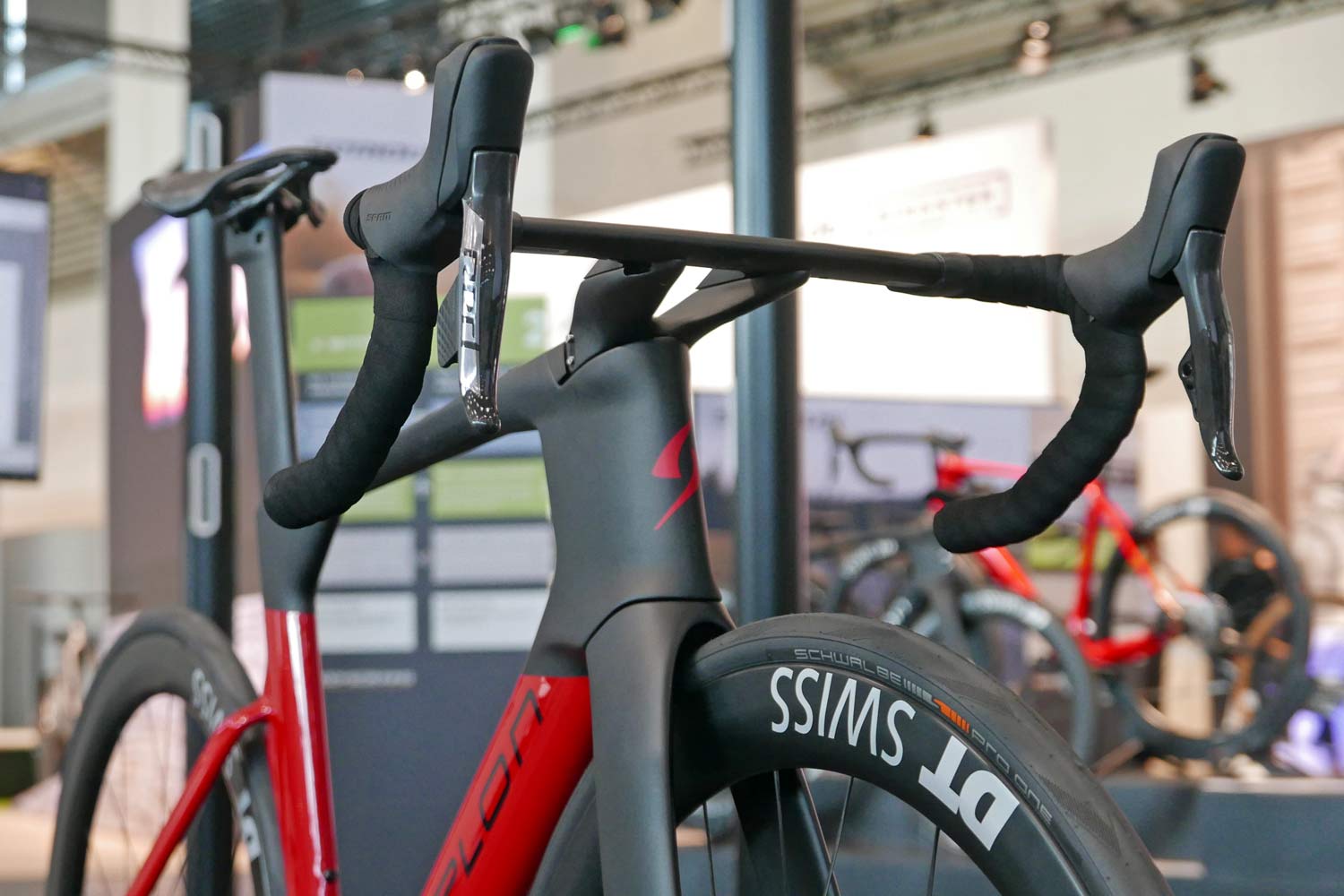 The complete system approach is not a huge surprise as Simplon already saw the benefit of creating their own two-spar stem cockpit solution in the original Pride four years ago.

Now, one of the most distinguishing features of the front end of the Pride – the integrated two-spar cockpit – gets a major usability overhaul. While retaining full internal cable routing compatibility with hydraulic disc brake groupsets and both mechanical & electronic shift options, the new Simplon cockpit adds much more adjustability & modularity. 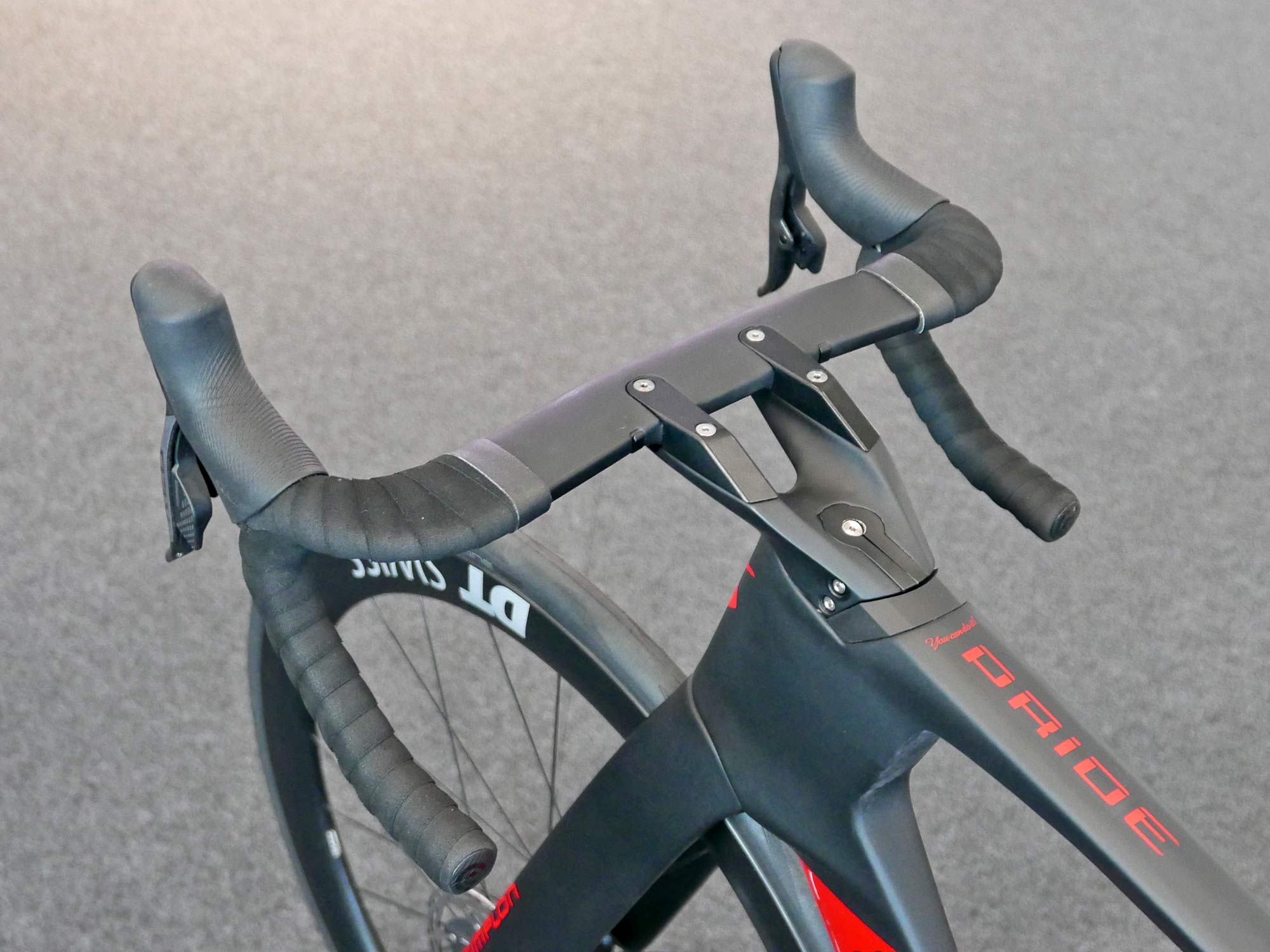 The new integrated carbon cockpit retains the unique original design layout, but swaps back to a more conventional two-piece bar & stem construction. It is still proprietary, but the now-modular design retains the aerodynamic performance and full internal routing while building in adjustability. 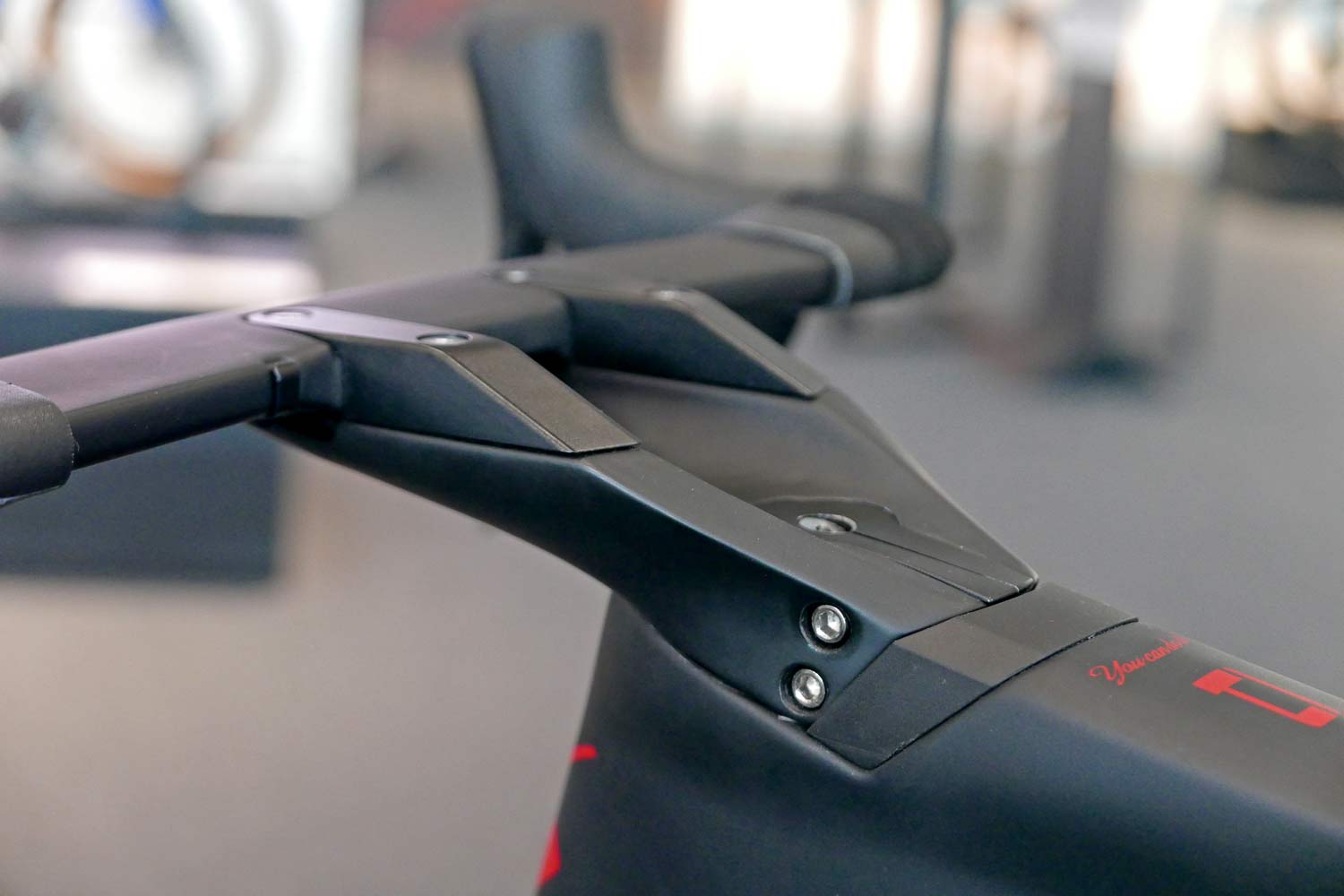 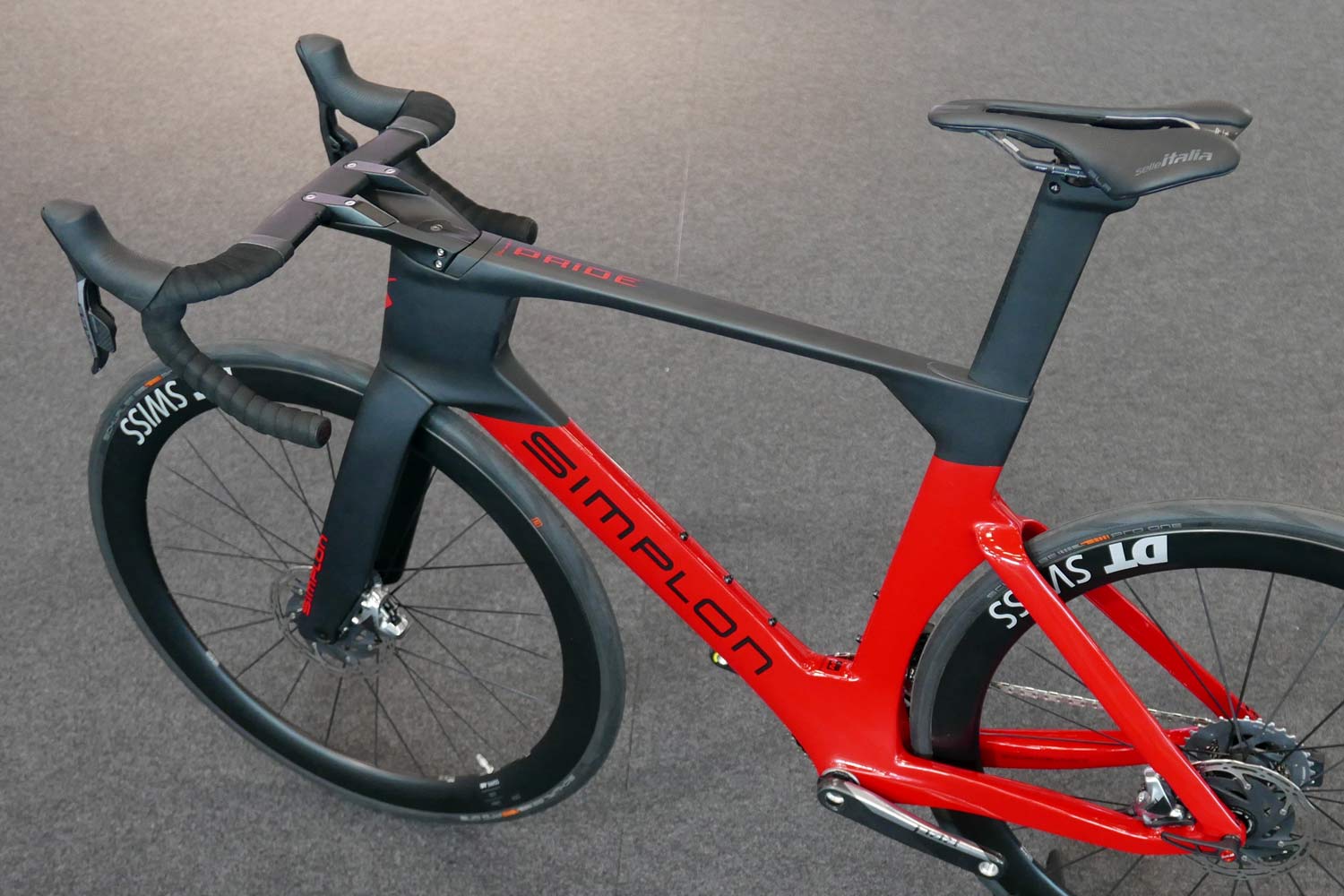 In a nod to versatility, Simplon says the new Pride II is still completely compatible with both wheel-on & direct-drive indoor trainers so you can stay fit all year long. The wide squared-off shaping of the bottom bracket web also suggests that a Mahle ebikemotion hub-powered e-bike version of the new aero road bike is quite possible in the near future (Pride II PMax?)

The Pride II frame includes 3-position bottle bosses on the down tube & a standard pair on the seattube, so riders can get 1 or 2 water bottles as low & aero as possible. The bike features standard bolt-on 12mm thru-axles, flat mount disc brakes, and a PressFit bottom bracket. The 2-position head of its proprietary aero seatpost allows for a wide range of horizontal saddle positioning, and tri or road saddle setups. 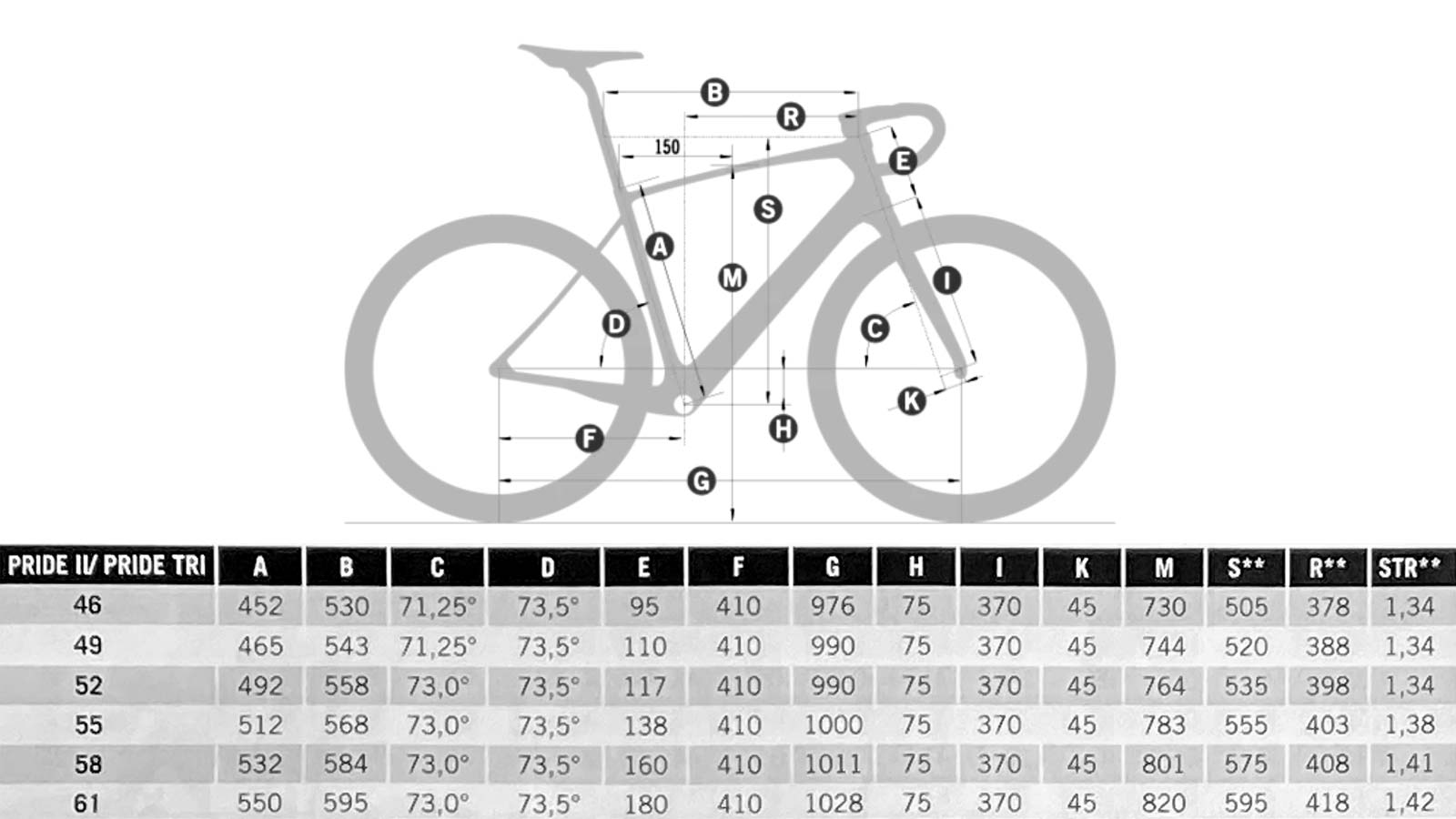 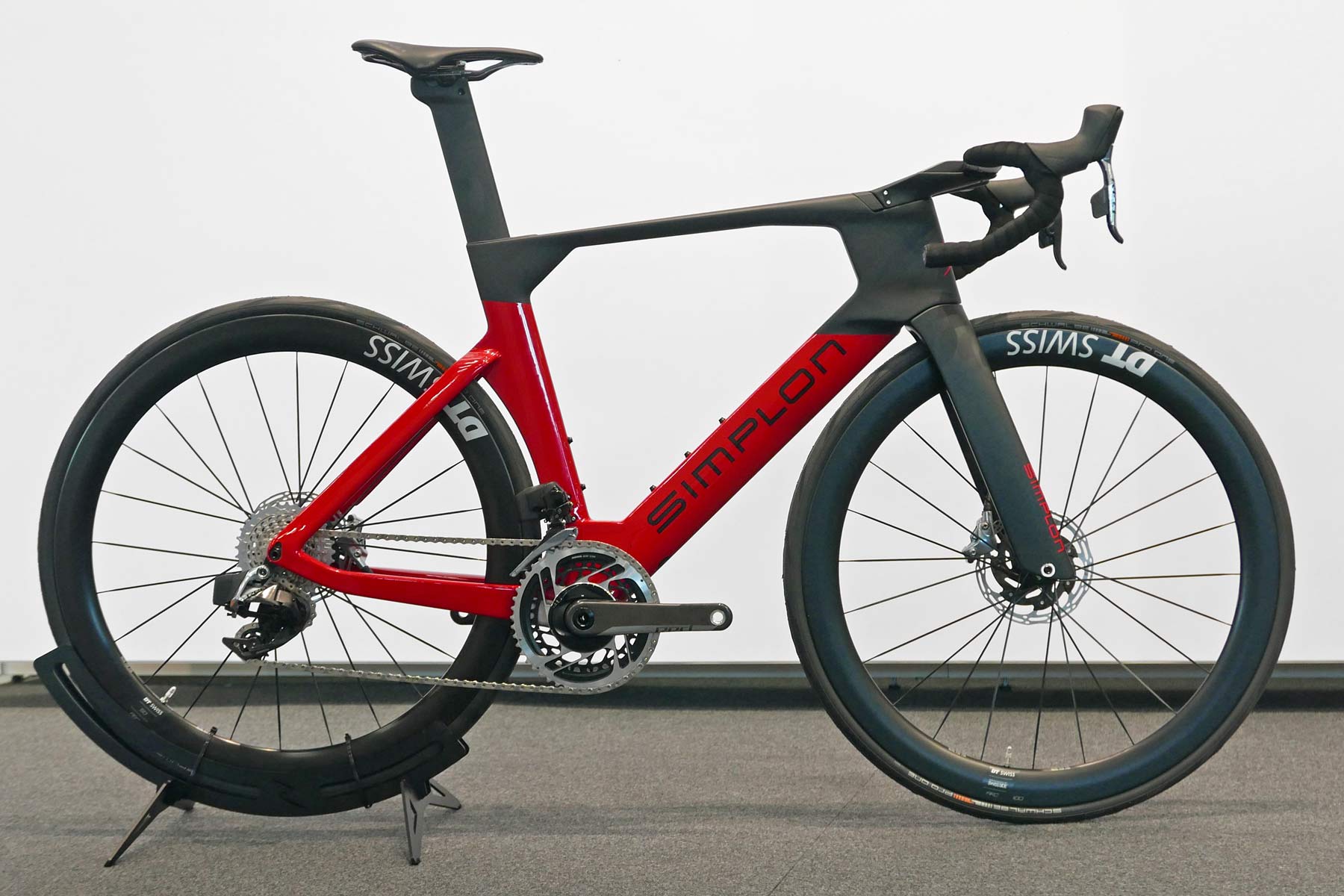 The frameset is offered in just two finishes – this gloss red/matte black combo or an all-black version with the same gloss/matte layout. 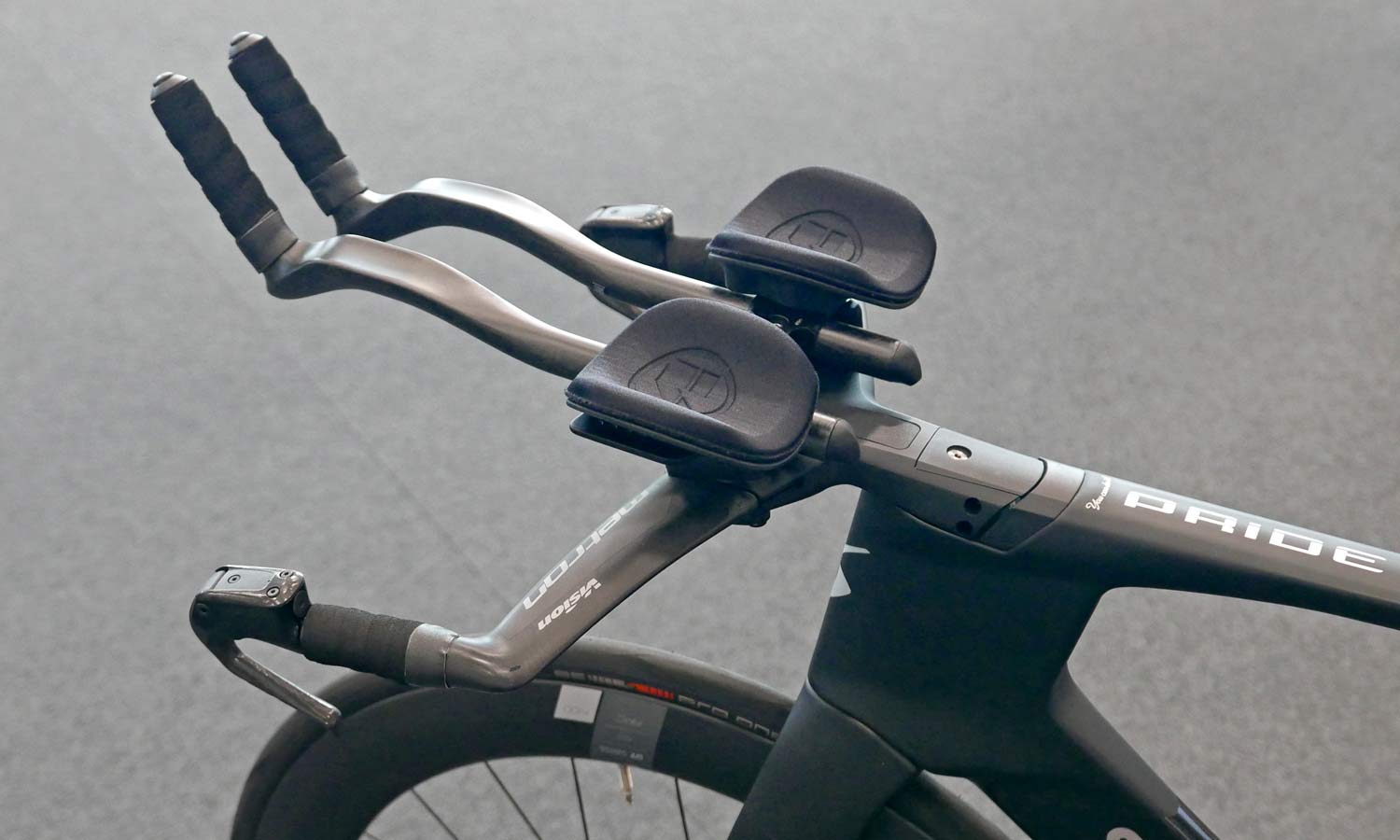 There is also a separate Pride Tri cockpit setup that neatly fits The Fastest Aerobar from Vision, their Metron TFA, to convert the same bike frameset into a race-ready triathlon or time trial bike with full internal cable routing integration. Of course, the adjustable position saddle also allows for a slammed forward triathlon fit, as well. 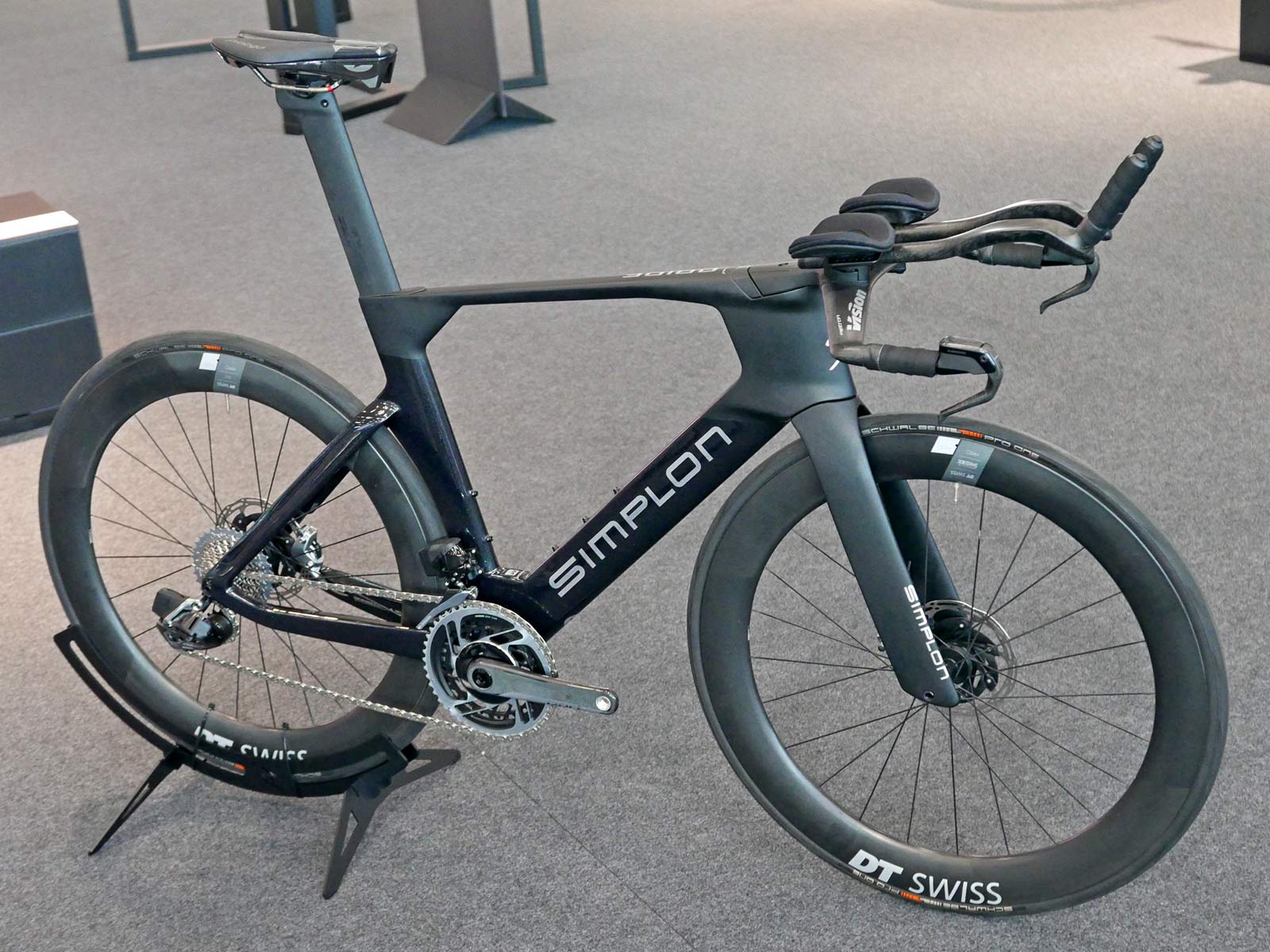 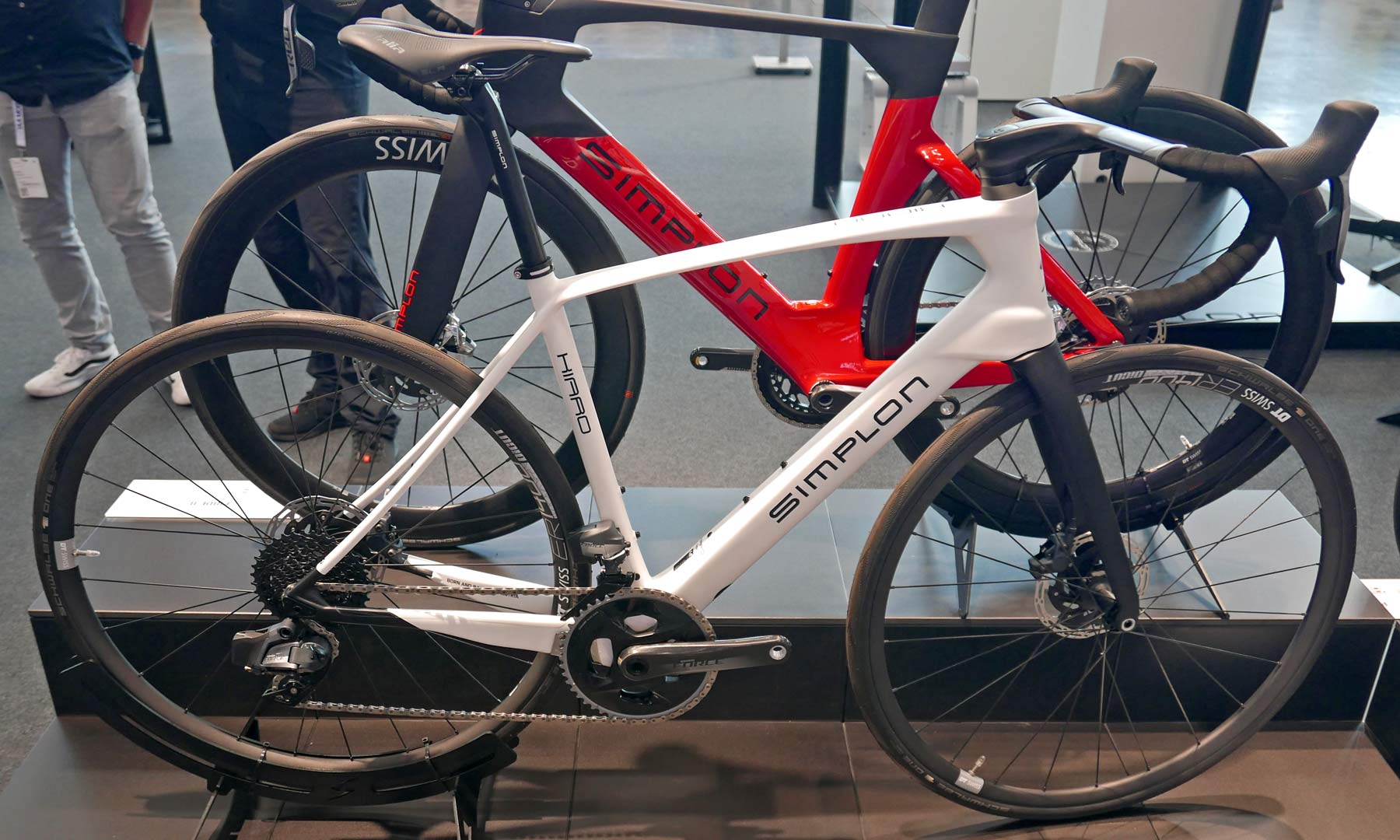 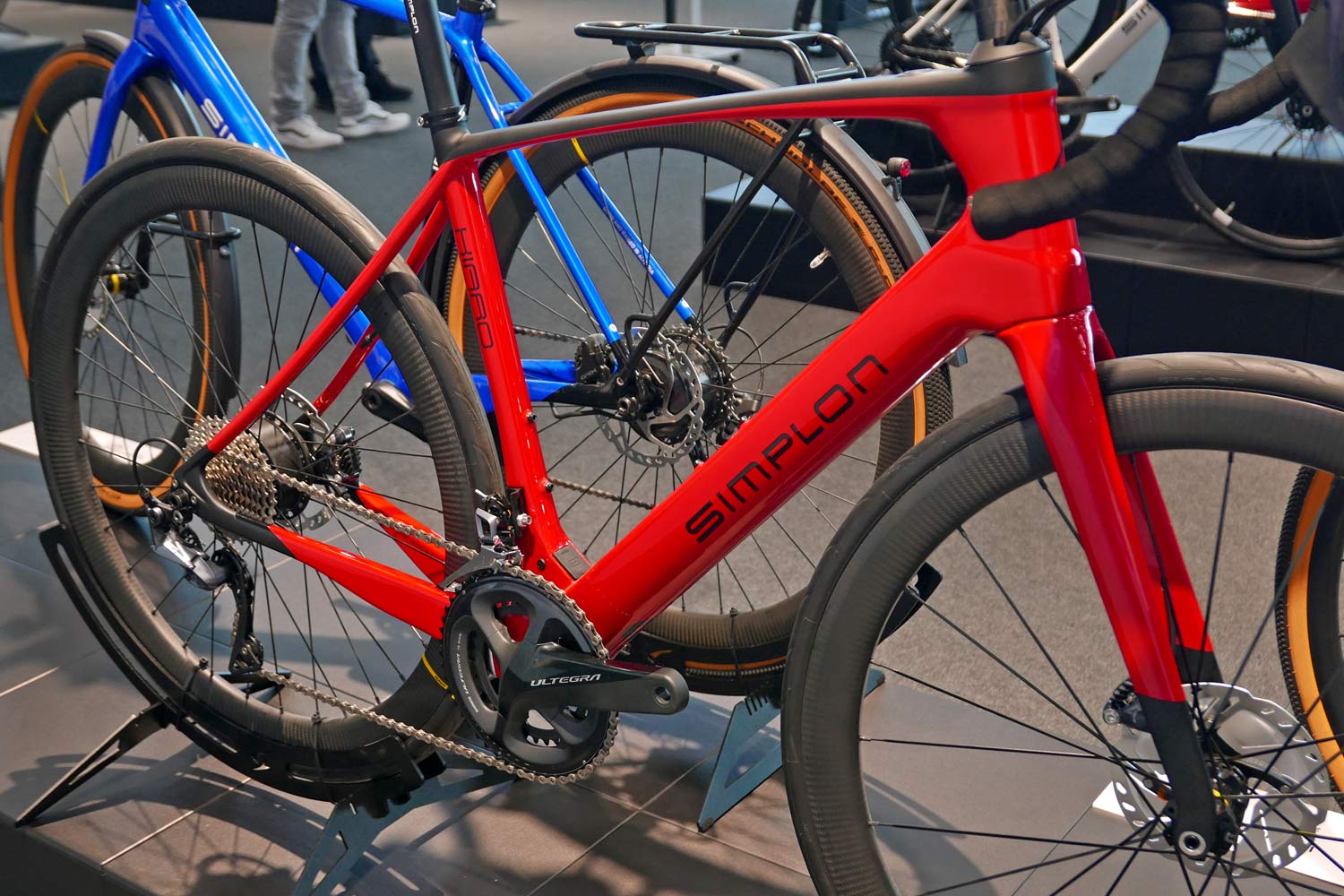 There’s also a PMax e-bike version with a slightly tweaked frame that starts at 5400€ complete with the 250W ebikemotion hub motor and a 250Wh internal battery. 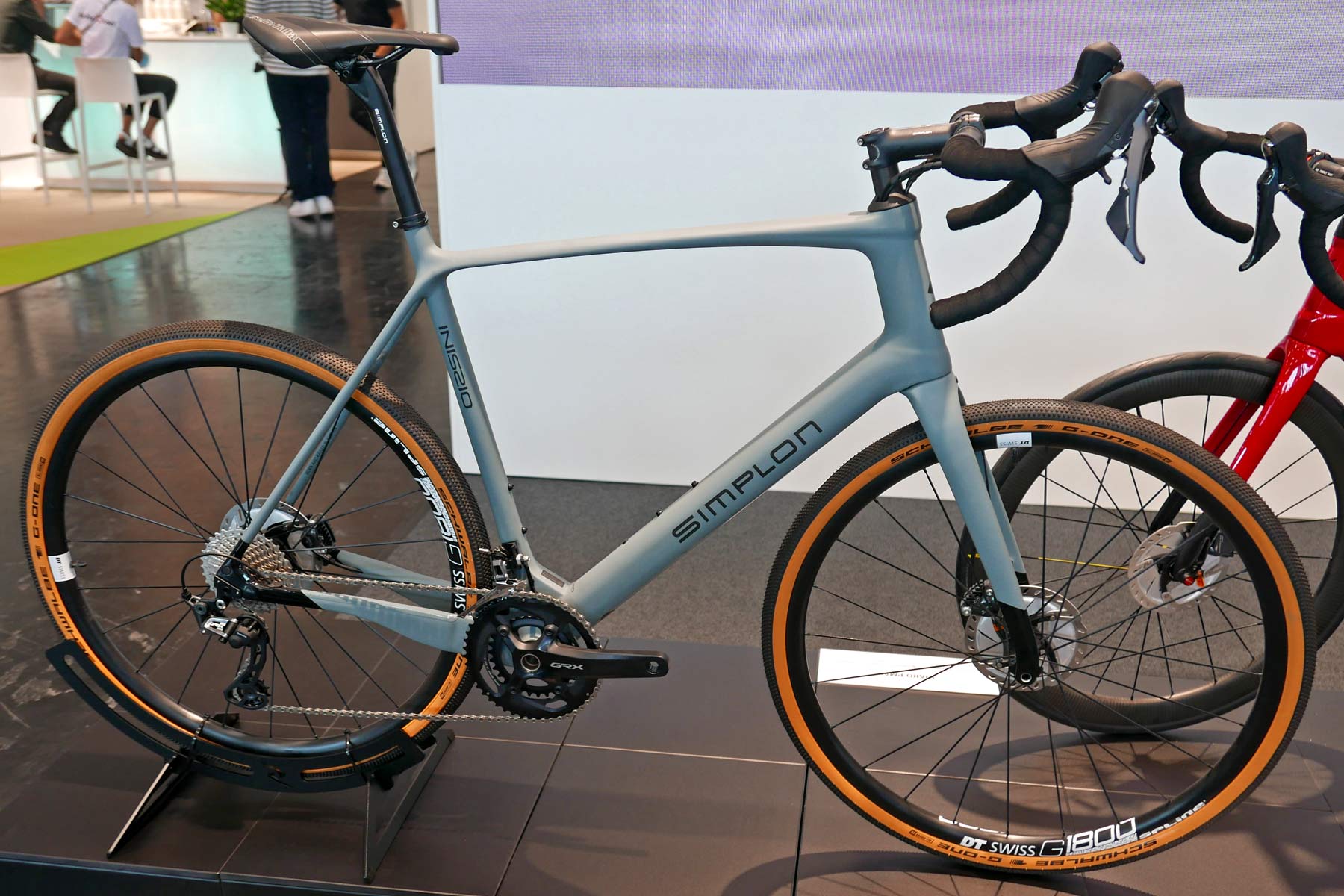 Then, if you are looking to go off-tarmac a bit, the carbon Inissio Gravel gets 40mm tires for fast & light gravel riding, from 4000€ complete with a GRX 600 2x build. 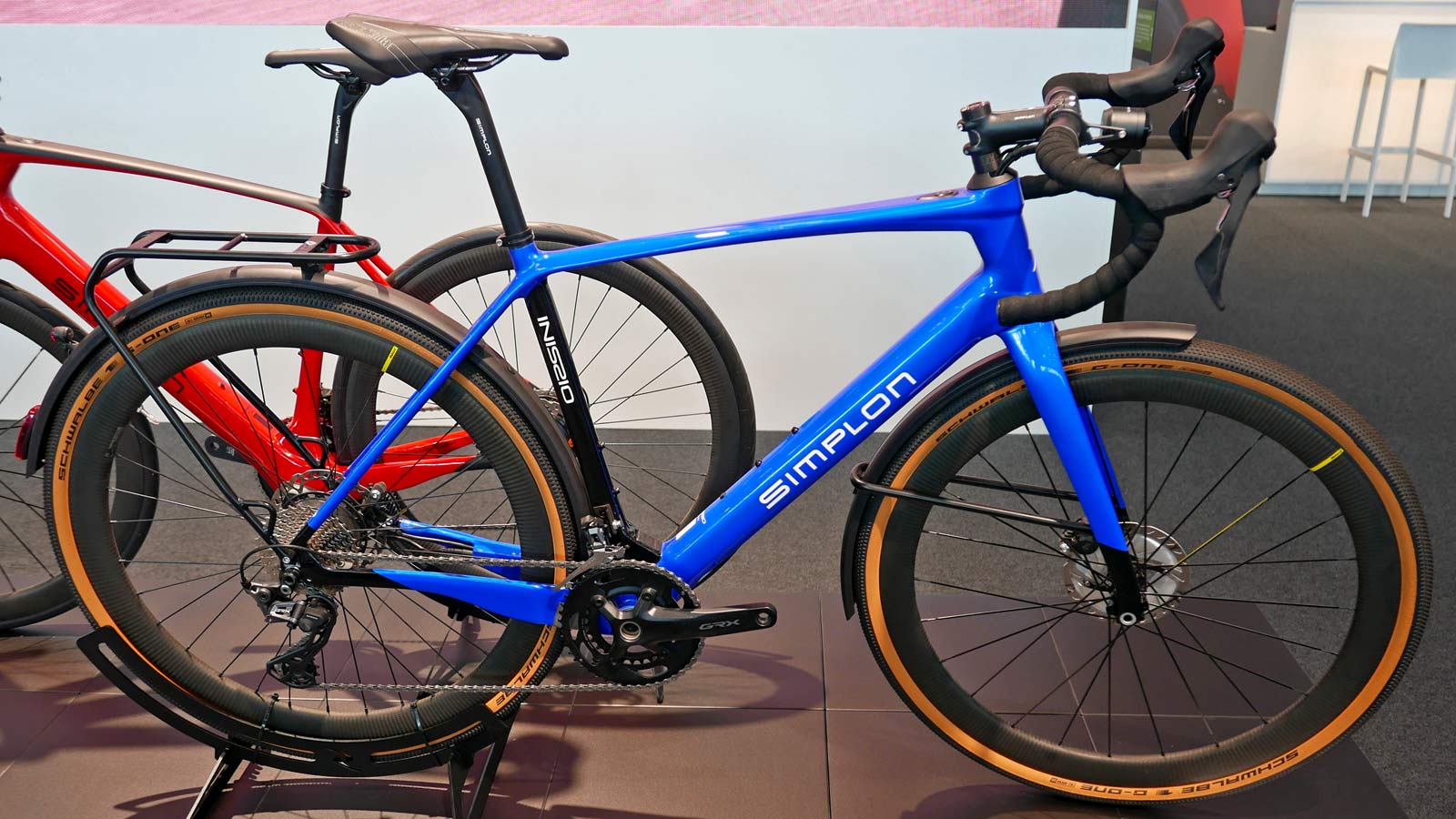 And lastly, the Inissio Gravel frame needs only a plug added to the web above the BB & a control button behind the stem to get its own PMax version. Again with a light ebikemotion e-bike powertrain, complete builds of the Inissio PMax start at 5400€ with GRX, and there’s options for racks & full-coverage fenders to turn it into an all-rounder.

huh, this product announcement seems to have fallen flat.

wow what a bike really love it.how much does it cost? hopefully you can send me more pictures.thank you very much.

Another “fastest bike of the world”, soon we won’t have to pedal anymore… But