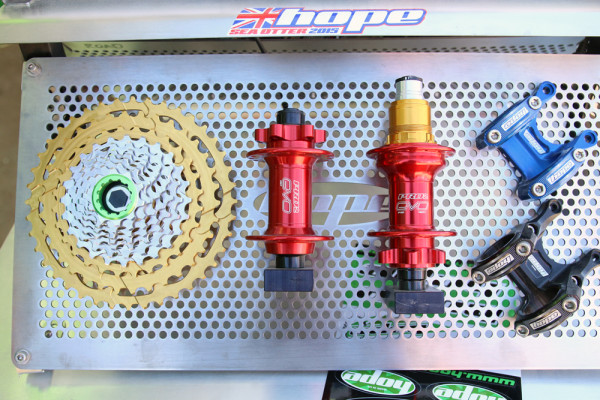 Hope Tech is nearing production of their new wide range cassettes which should be music to riders’ ears – if they are running a Hope Evo hub. That last part is the catch. Due to the nature of the 10t small cog, the designs hinges on the shorter cassette body of a Hope Evo hub. Since the 10t cog hangs over the edge of the freehub it simply won’t fit other hubs meaning for now this a Hope only affair.

Those that do have an Evo hub built into their wheels or plan on it will be able to take advantage of either a 10-40t 10 speed option or a 10-44t 11 speed cassette in the future. According to Hope, they plan on releasing the 10 speed cassette first since they feel there are far more users looking for additional wide range 10 speed cassettes rather than 11 speed at the moment.

Hope also had their full Boost complement of hubs on display of which the big news was the new 15×110 front hub. We got an early look at the Boost 12×148 rear hub at Frostbike, so now there is a complete set. Both hubs use completely new hub bodies and center tubes while all the other parts are carry overs from the original Evos. 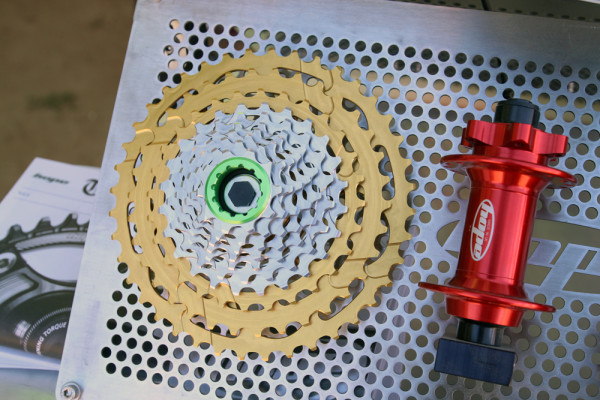 The cassettes will use a combination of 7 stainless cogs for the smaller cluster, and 3 individual aluminum cogs above it for the 10 speed option. Hope’s Woody Hole states they learned a lot about tooth design from their T-Rex cassette adapters which has been used to shape the new cassettes. 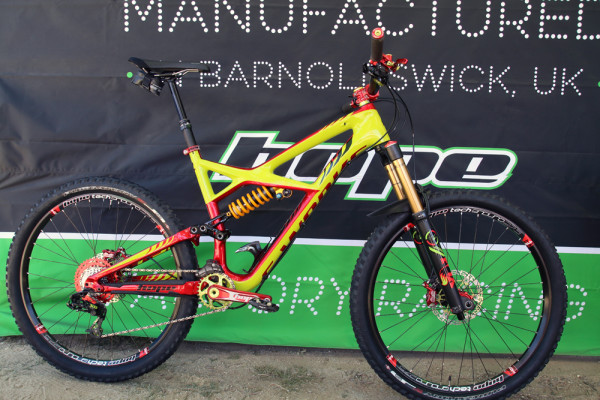 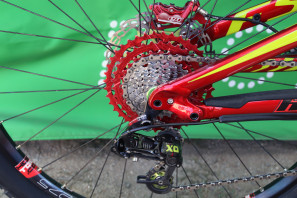 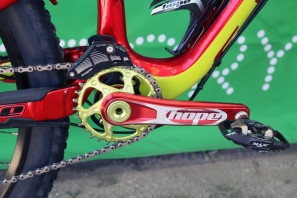 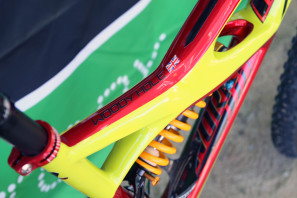 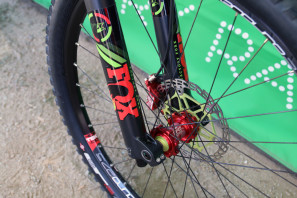 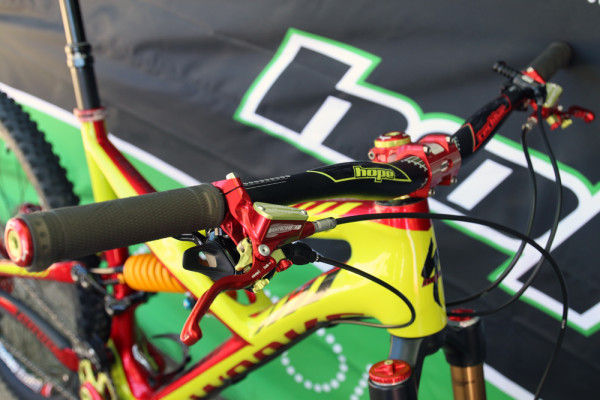 Speaking of Woody, his personal bike is one of the most thoroughly customized bikes we’ve seen. Starting with a Specialized S-Works Enduro frame, nearly all  of the components have been touched somehow with red or greenish yellow anodizing. If you’re going to go custom, go big. 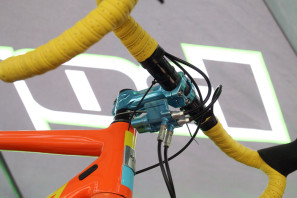 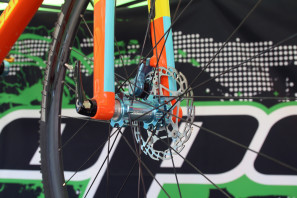 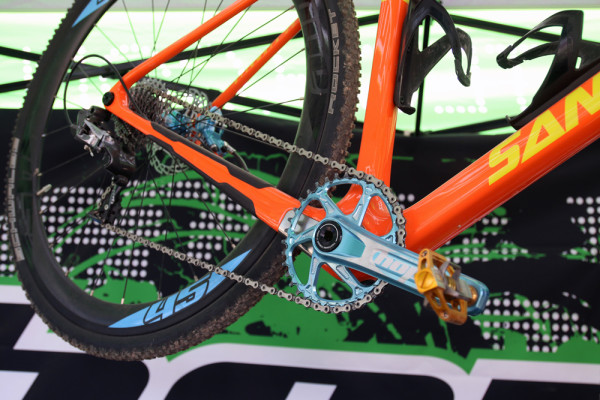 Perhaps a bit more subdued but still just as stunning was this Santa Cruz Stigmata with a color matched build. In my excitement I forgot to snap a picture of the whole bike, but you can catch the complete bike check on Hope’s site.

I was really hoping (following the Chris King Sea Otter release) for a 142×12 SS/Trials axle conversion release. With the multitude of thru-axle cross and mountain bikes coming out, I can no longer stick with the hope SS hub for my new builds, even though I have 3 sets of them already.

I guess I’m going against the grain here since this post is not about antiquated singlespeed stuff.

The 42 is great since it is hard to get a chainring smaller than 30t.

11-42 10 speed that works with a standard freehub body would have been preferred.

Hope already make a conversion axle for a 142×12 SS/Trials, it is just a little hard to get. Call them and they will help you out.

So are the new cassettes made for sram or shimano free hub bodies ?

Ahhh! Thank you! Not sure how I missed that, but you’re right. Hope does have it in their conversion chart now. It sure is hard to find at a retailer though. I’ll give them a call shortly.

I really don’t understand all the proprietary components. Would have been nice if Shimano and Sram made a wide range 10 speed cassette with a 40 or 42T big cog, but they decided that 11 speed would be the standard even though no one had 11 speeds. Not hard to figure out that they wanted you to have to buy a lot of other components from them to make the 11 speed work. So buyers with limited funds held out for after market wide range cassettes to get a 10 speed wide range cassette that would work with their current hubs, shifters and derailleurs. Hope Tech gave us hope, but then went the path of a 10T small cog on their 10 speed wide range cassette so you have to use their hub. So sad!