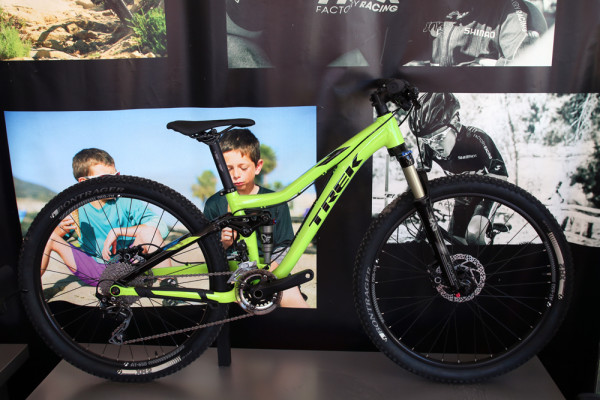 For a number of cyclists with kids, their children’s bikes benefit from gratuitous hand-me-downs. Those reused parts add up to some pretty sweet rides for the kids, but ultimately the frame and fork are typically still heavy and don’t perform as well as many adult bikes. In an effort to create lifelong riders, Trek took a long look at the bikes that their own employees were custom building for their kids and decided to offer that performance right off the shelf.

Using all of the technology found in the full sized Fuel EX mountain bikes, the new Fuel EX JR has been built from the ground up for an ideal fit for the little ones. Most importantly though, the suspension has been completely reworked since simply lowering the pressure on a shock built for heavier riders won’t do the trick. Oh, and the 26″ wheels look so much at home on the 12.5″ frame that it will leave you wondering how they were ever the standard size for adult bikes… 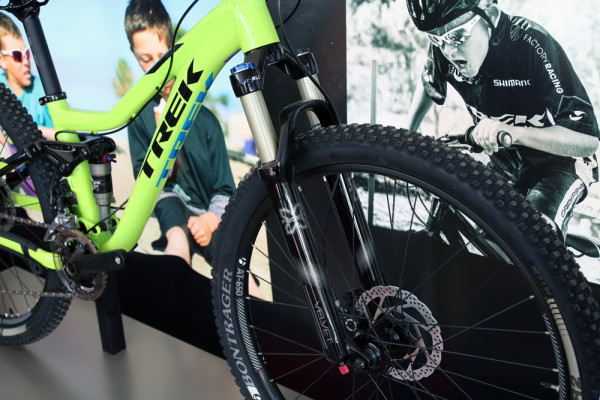 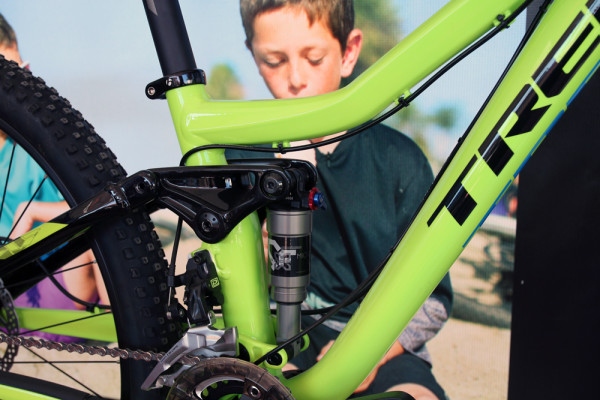 While the frame is not simply a downsized Fuel EX chassis it does include ABP, Full Floater, a tapered head tube, and shorter reach with a lower BB for an ideal kids’ fit. Trek wanted to make sure the frame was actually built for little rippers rather than just putting smaller wheels on an adult frame. To go along with the new frame, Trek invested a lot of time in the development of the suspension with X-Fusion. As Trek’s suspension guru Jose Gonzales points out, lowering the pressure on shocks built for a 170lb rider still leaves too much air volume and too strong of a negative spring for the shock to work properly for smaller riders. Instead the Fuel EX JR uses a smaller micro shock with a downsized air piston so that the air canister is charged with normal shock pressures. The damper is also reduced in size which combined with the lighter negative spring in the air circuit makes a 90mm suspension with lockout that will work just as well as adult suspension but for kids. 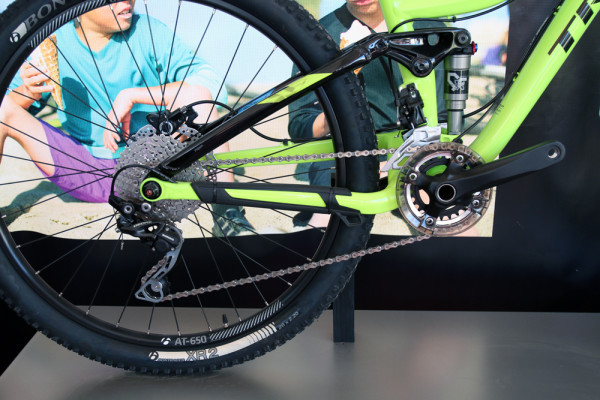 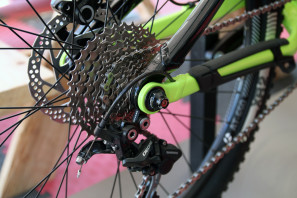 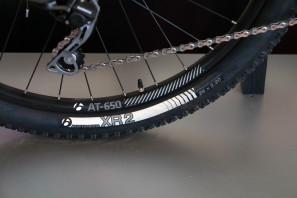 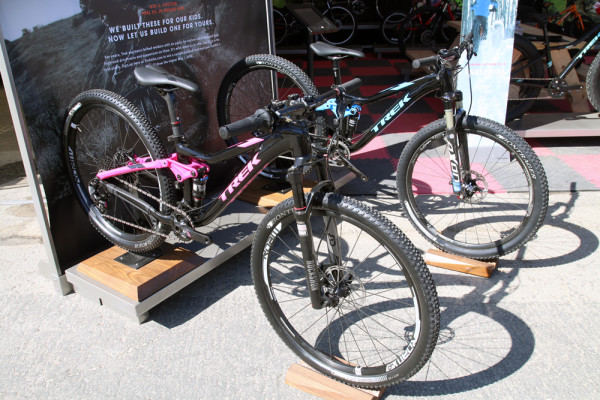 In spite of already boasting an impressive spec, the 26″ nature of the JR means they will still be an excellent candidate for hand-me-down upgrades. Trek had a few examples of baller kids’ builds that were to be given away in a contest at Sea Otter. 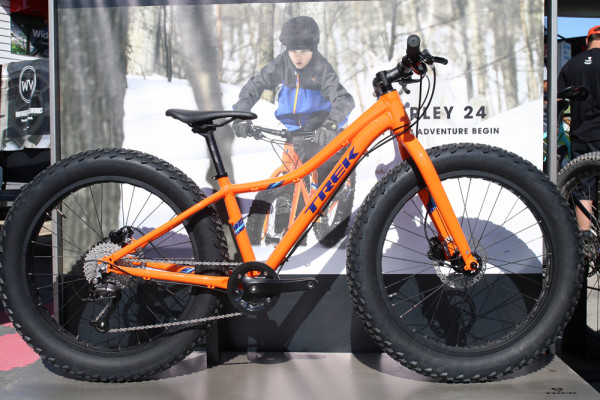 In other kids’ bike news, the Farley has been downsized as well for the Kids’ specific Farley 24. 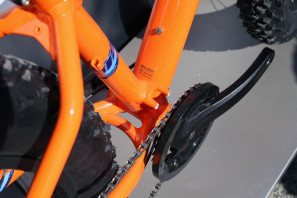 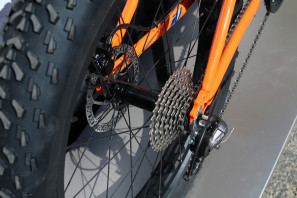 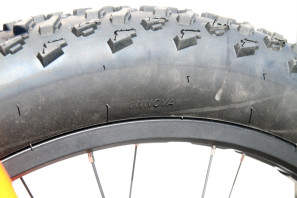 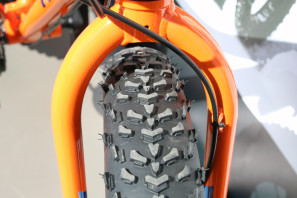 Built with an aluminum frame that is 2x compatible, the Farley 24 will ship with a 1×9 drivetrain to keep it as simple as possible. Running 24 x 4.0 tires from Innova, the frame uses 135/170mm spacing front and rear with quick release axles. Offered in two color options, the Faley 24 will be available soon with prices TBD.

But do they have Quick Releases????

cpsc does not allow qr’s on kids bikes, try again.

Am I the only one who’s jealous they didn’t have these bikes when they were kids?

Ummm, yes they do…

Trek continues to dominate when it comes to PR. What better way to make the consumer feel good about a purchase of a new 29, 27.5, 29+, Fatbike, 27.5 than to remind them that their 12 year old can ride your old stuff. Oh look the new one uses 9spd….I got a ton of that sitting around…if, I buy a new bike…

Its actually freaking true…love it. Go to PinkBike and enter the contest to win your tike a custom one.

Trek builds up a premium kids bike but then doesn’t put on thru axles?!? C’mon man…

Aw, Crap. All my bikes have kids’ size wheels now.

I guess 26″ is the new hotness in kids bikes since the Fuel EX is like a kid’s 29er relative to a 24″ wheel bike and 26″ wheel drop bar bikes are also becoming common.
Give Trek points for putting on bash guards so the kids don’t come back with chainring gouges in their calves.