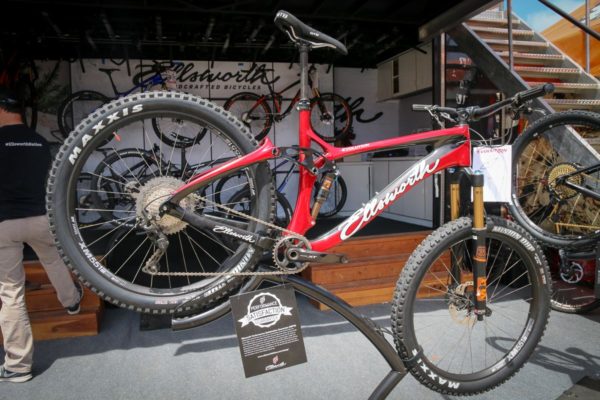 Following right along in the rebirth of their product line, Ellsworth had two new models on display at Sea Otter. Starting with the Evolution, Ellsworth is finally in the longer travel 29er game with their longest travel wagon wheeler to date. If big wheels and big travel don’t suit your tastes, there’s also the new Enlightenment which still uses the big wheels but forgoes rear travel in favor of racy performance. Even if 29s aren’t your thing, both bikes also build in the ability to run plus tires, giving you plenty of options… 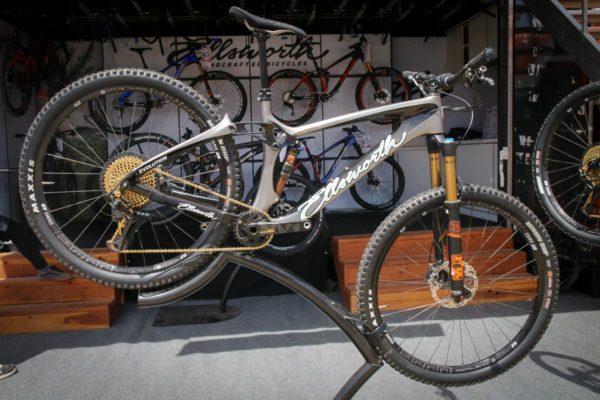 Shown at the top in plus configuration, the new Evolution will fit 27.5 x 2.8″ tires, or 29″ wheels and tires with their Convert system. Clocking in at 140mm of travel front and rear, the Evolution eclipses the 120mm Epiphany as their longest travel 29er ever. 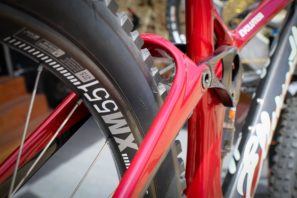 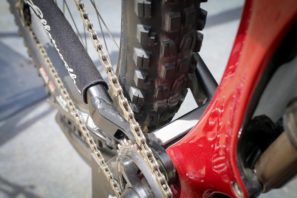 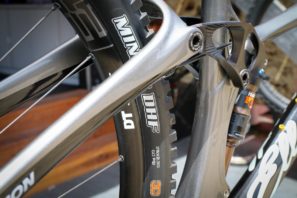 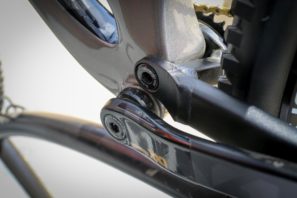 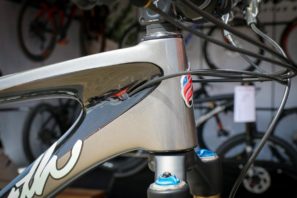 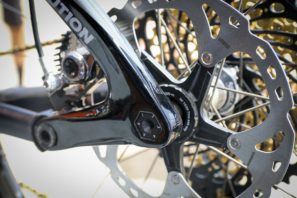 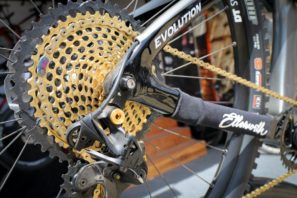 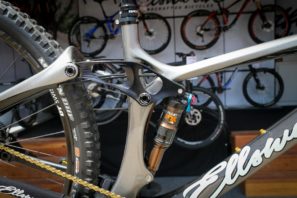 Calling it the step child of the Rogue, the Evolution is a carbon 29er that uses all of the ACTIVE suspension and pivot tech released on the new Rogue. That also includes their Hex Taper rear axle, and dual encapsulated pivots. The full launch of the Evolution will be in two months, but we’re told it uses Boost spacing, is Di2 compatible, and it uses a threaded BB. 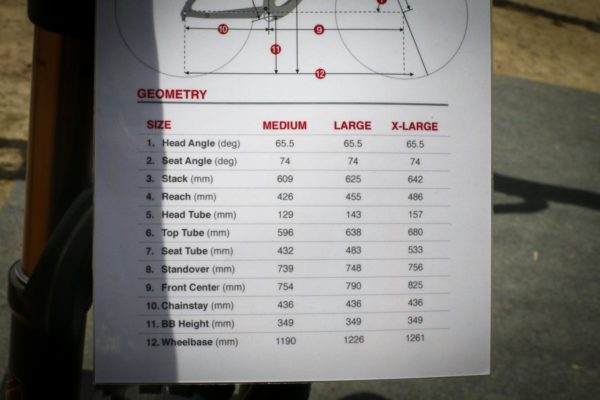 Limited to a medium, large, and XL frame, pricing is TBA. 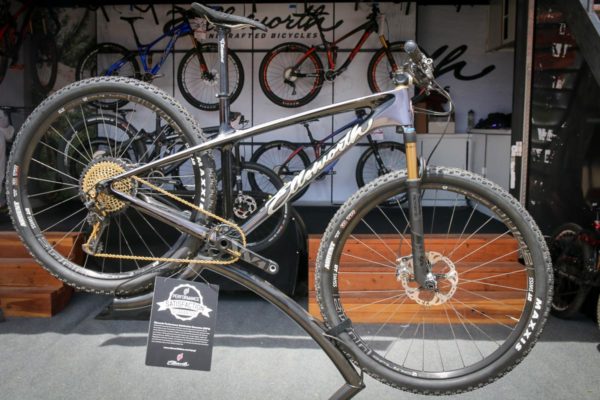 Hardtails seem to be making a resurgence lately, but with one key difference – the ability to run plus. The new Ellsworth Enlightenment does just that, while adopting a new Boost carbon frame that can fit 27.5 x 2.8″ tires. 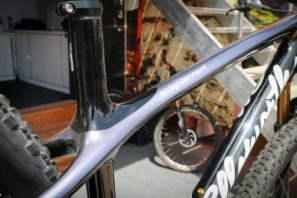 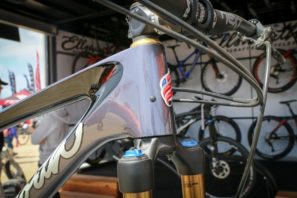 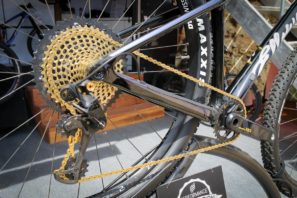 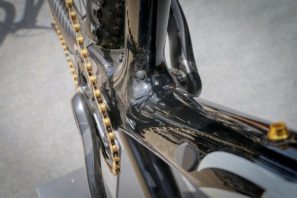 Final spec is still being determined, but Ellsworth says they will have an Eagle option for all of their bikes. Di2 compatible, the frame is also drilled for Sideswing front derailleurs if you’re still rocking the 2x. Unlike the Evolution, the Enlightenment goes with a PF30 bottom bracket to maximize tire clearance while keeping race worthy stiffness.