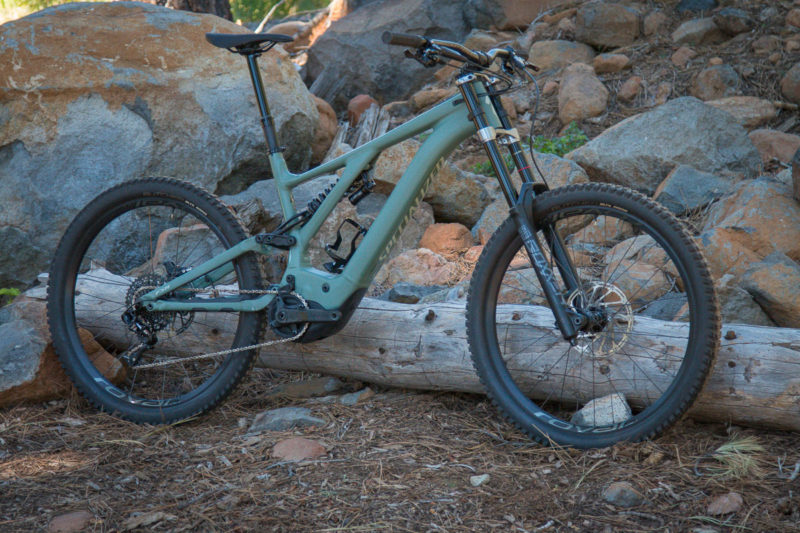 When Specialized revised their Turbo Levo, one of the goals was to make it more capable. And they seem to have succeeded too, as the new Levo is an impressive bike that will leave you rethinking your stance on e-bikes. But with a more capable Levo, where does that leave the Turbo Kenevo? Ready for an upgrade, that’s where.

True to form, Specialized has an all new Kenevo and make no mistake – this bike is designed to rip. Not that you would expect anything less from an e-bike with a dual crown fork, but that’s the just the most noticeable change among a host of improvements. 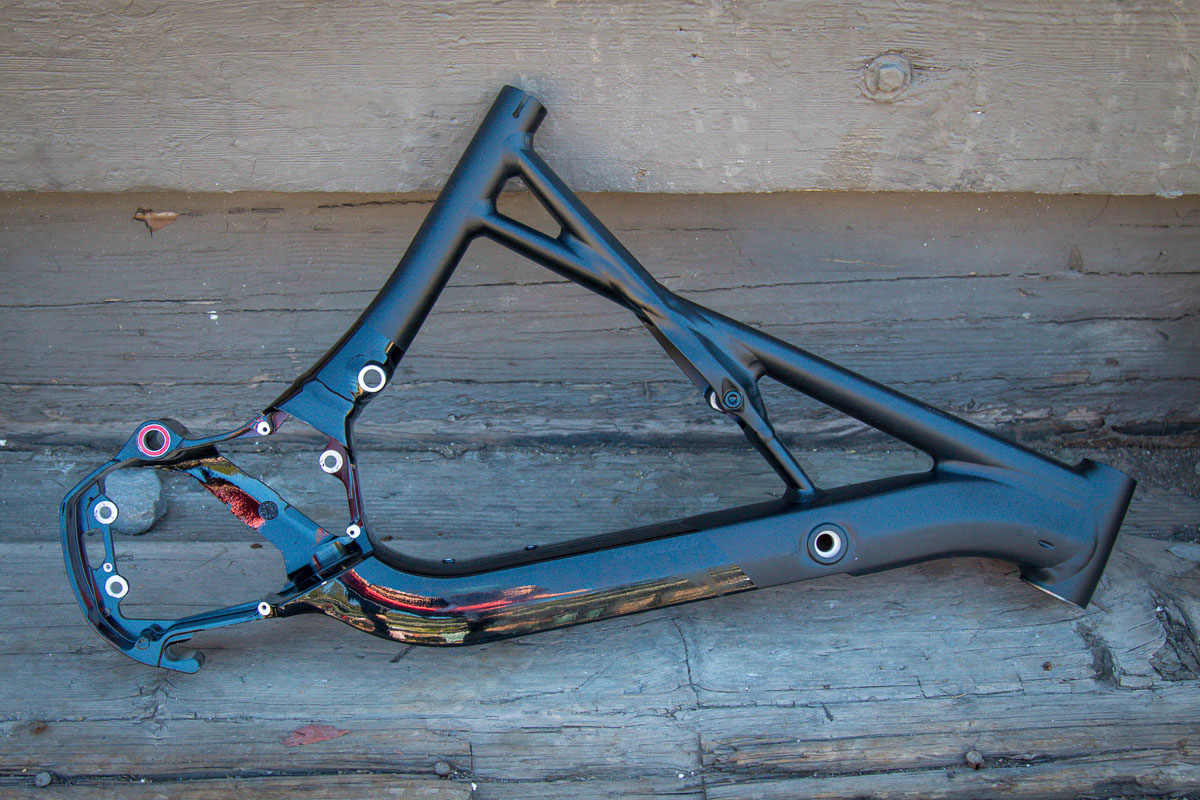 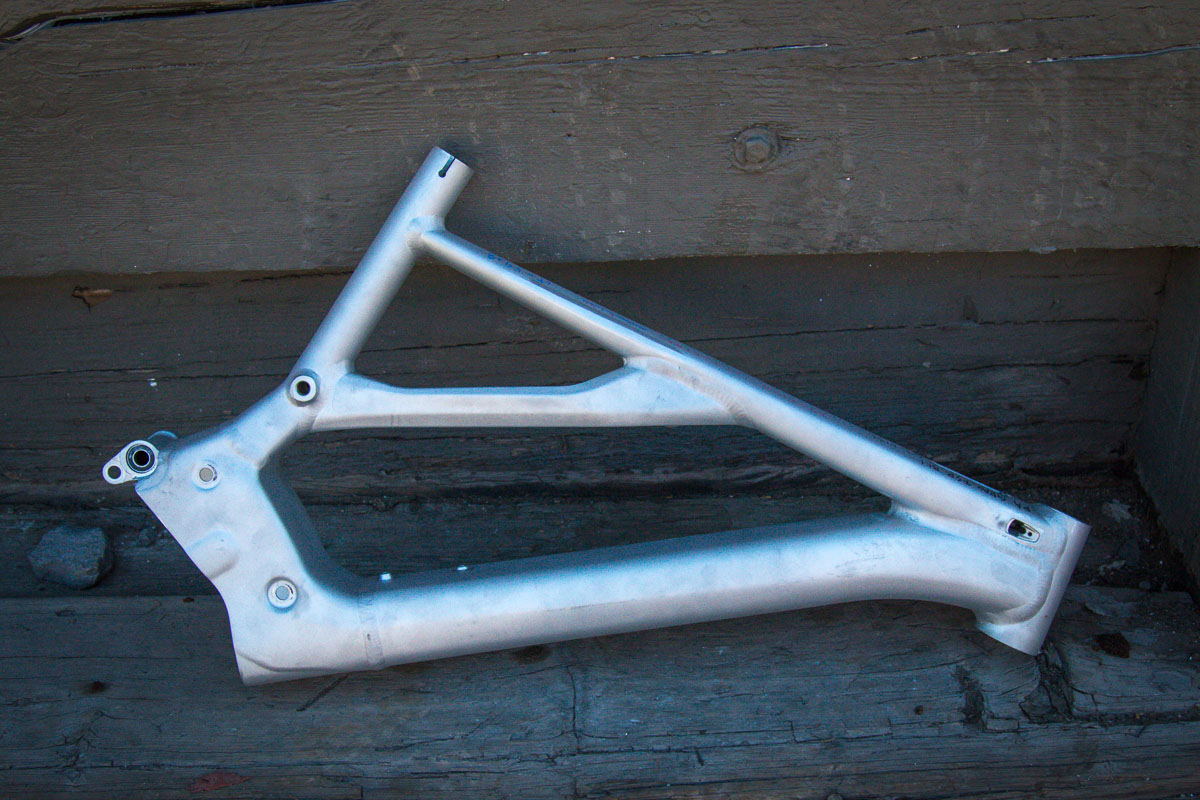 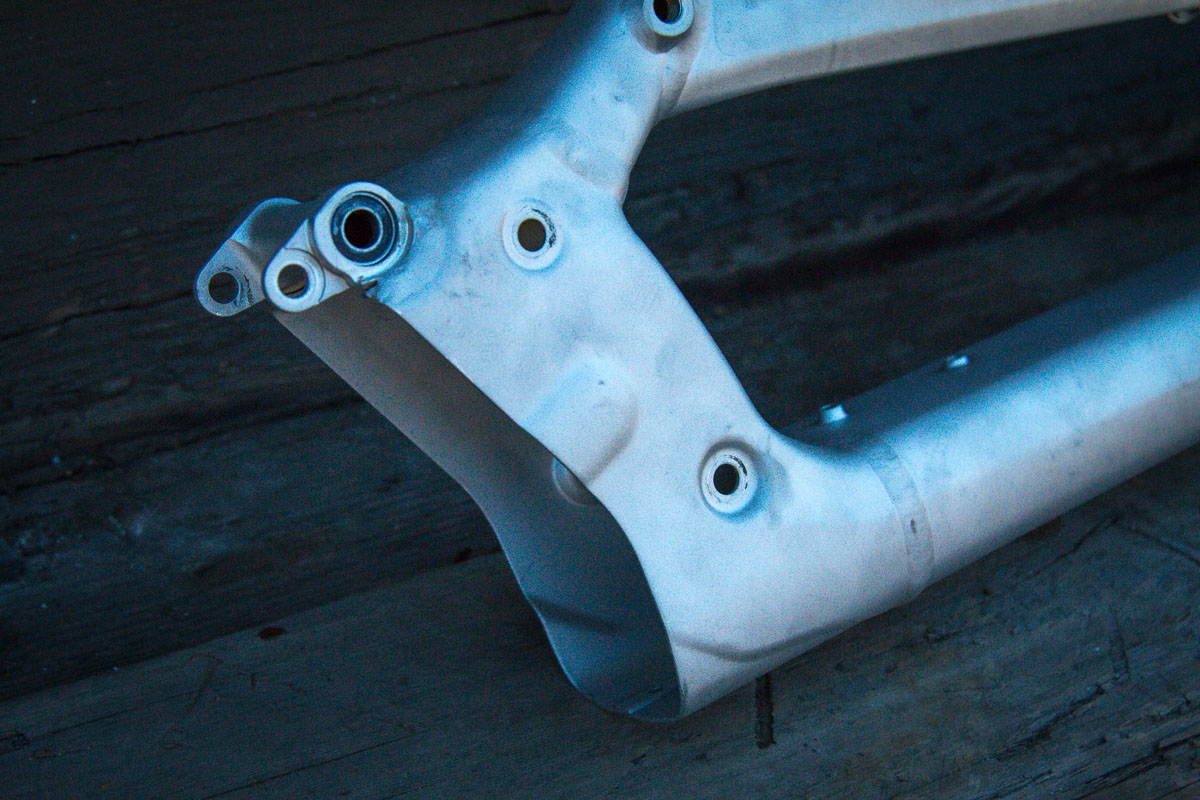 In a similar story to the new Levo’s development, the Kenevo starts with an all new frame. The original Kenevo had a battery that dropped out of the downtube and it also used a large forging to house the motor. Both of these design elements added a lot of weight to the overall frame design, and the forging was expensive to produce. 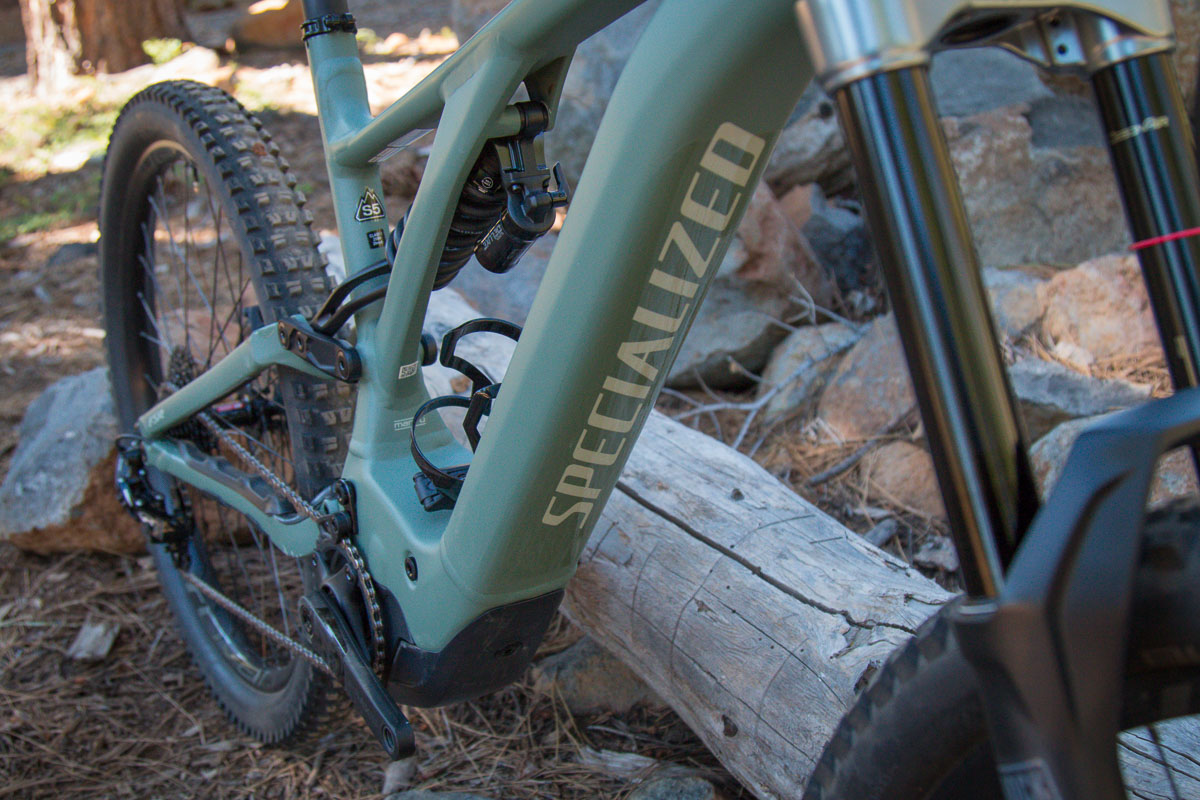 A single locking bolt keeps the battery in place, but changes can be done quickly by sliding it out the bottom of the downtube. 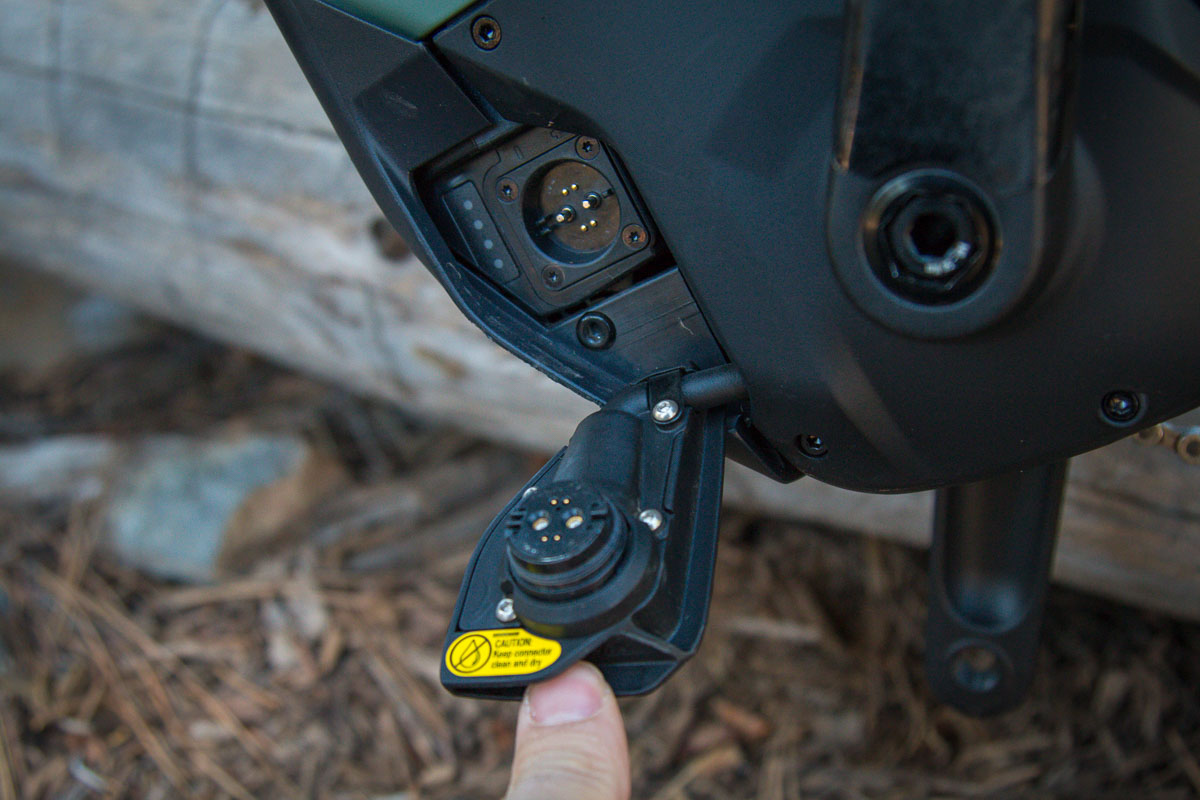 Batteries can be charged on or off the bike and feature a waterproof charging plug.

Enter the new frame which uses the same motor mount and battery configuration of the Levo – and the same motor and battery as well. That means the frames will include up to a 700Wh battery that slides into the downtube from the bottom and locks into place with a single bolt. Expert bikes will include this larger battery which offers a 40% increased range over the previous Kenevo, but even the 500Wh battery of the Comp still offers an 8% improvement. Both are the same size and install the same, and you can upgrade the Comp in the future to the 700Wh battery or vice versa if you wanted to (note however that each Kenevo generation is only compatible with the corresponding battery designs, they are not interchangeable). 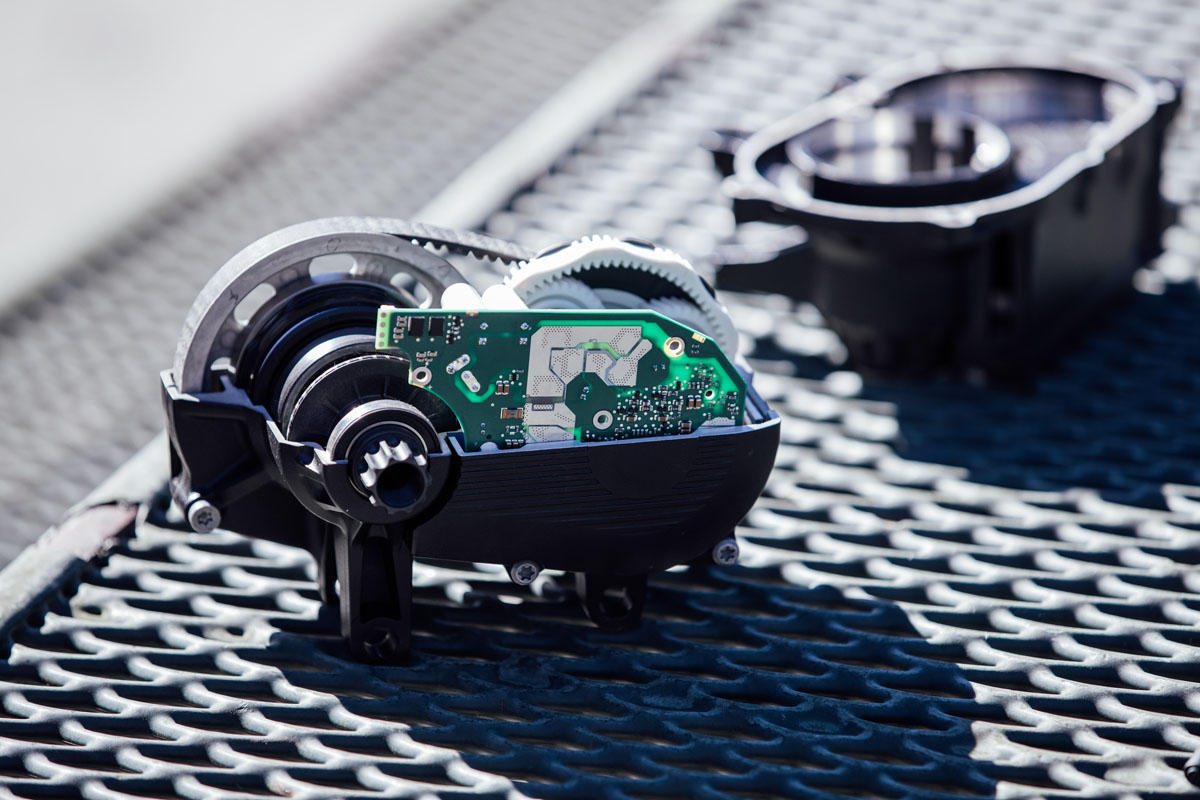 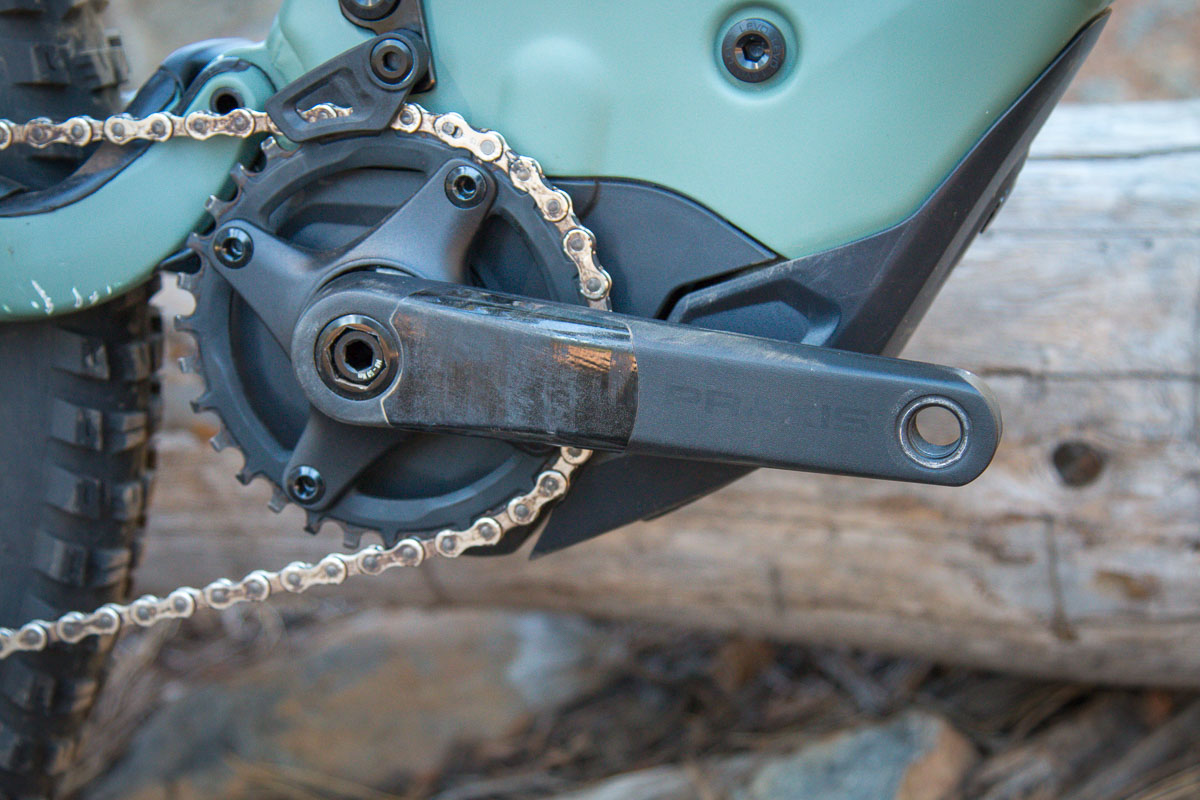 The Specialized 2.1 Motor which debuted on the new Levo, bolts directly into the frame. This mount, combined with the new battery mount saved an impressive kilogram of weight from the aluminum frames. The motor itself is also lighter thanks to a smaller magnesium housing which dropped 400g, while the motor provides a 410% increase in pedaling assist. While the Brose motor eventually won’t be a Specialized exclusive after the initial launch, Specialized points out that the biggest determining factor in performance is the software itself, which when combined with the Specialized Mission Control app offers impressive performance and control over the bike’s output. 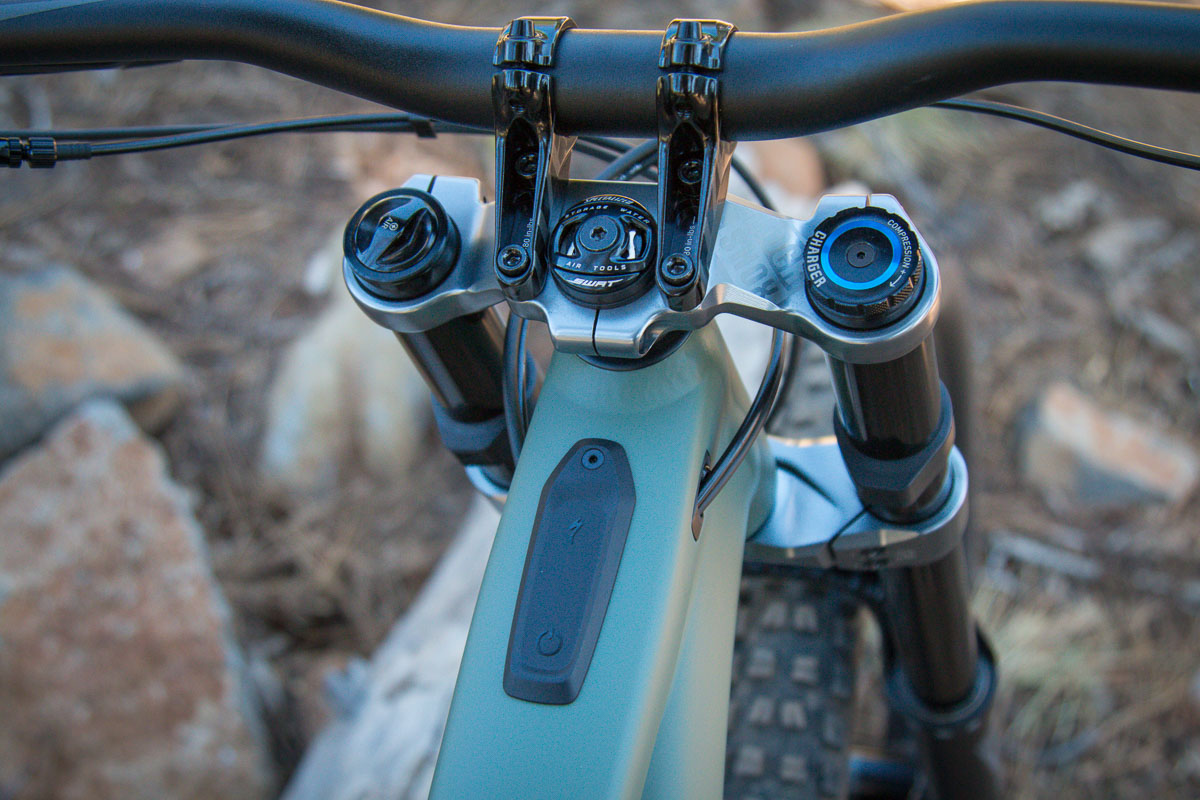 There’s also a SWAT chain tool hidden in the steerer. 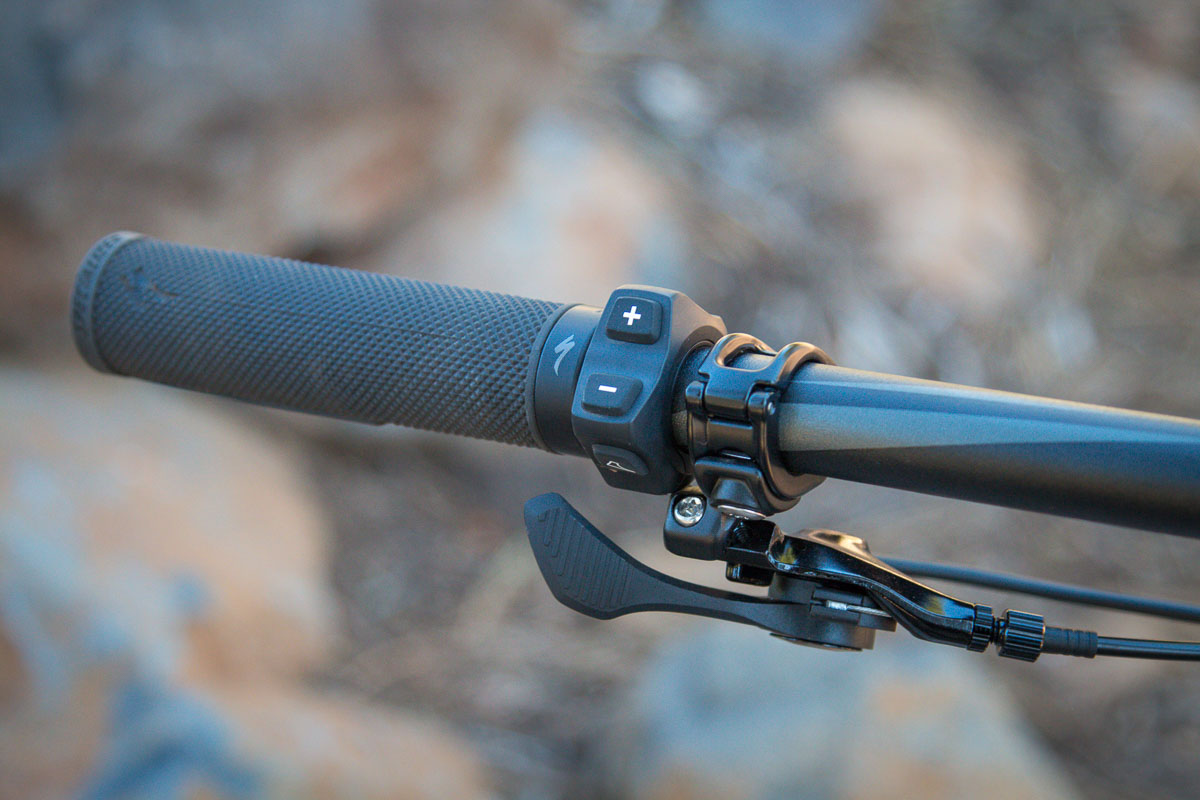 In terms of the full e-bike system, it uses all of the same parts as the Levo including the battery, motor, ECU, wiring harnesses, and remotes. 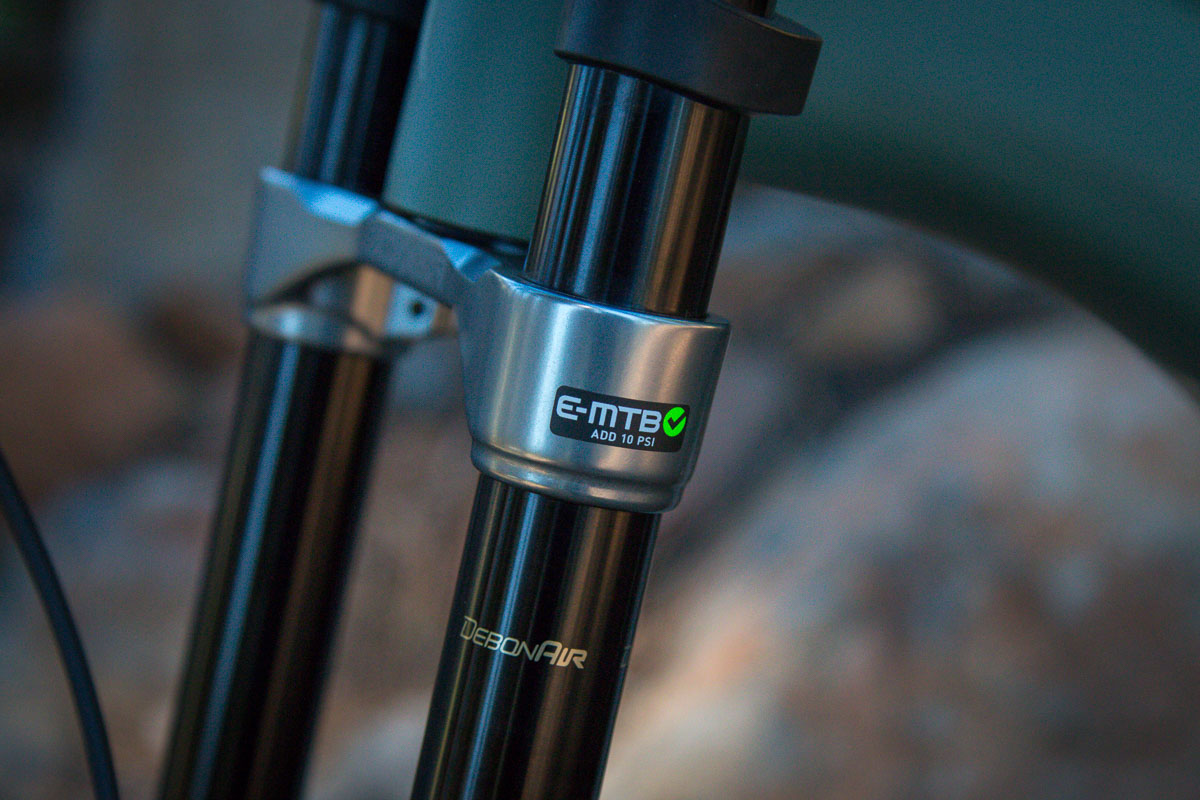 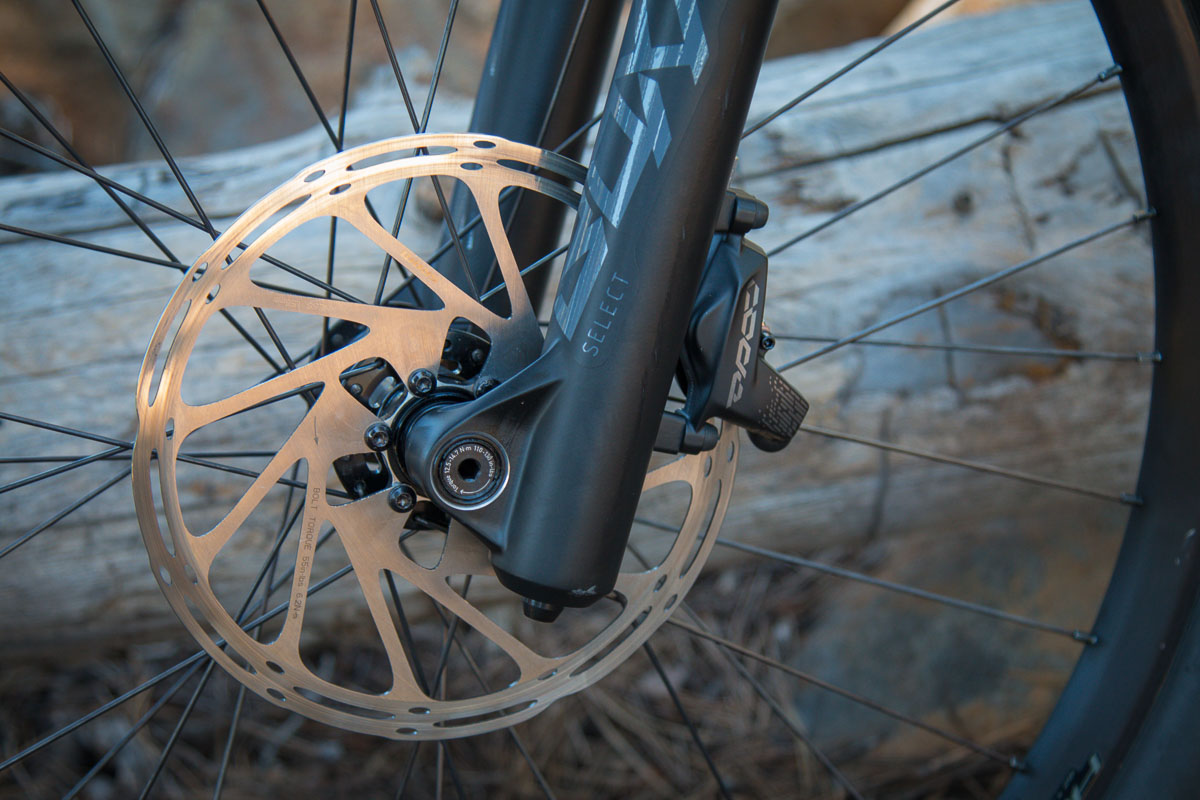 Big brakes to slow things down. 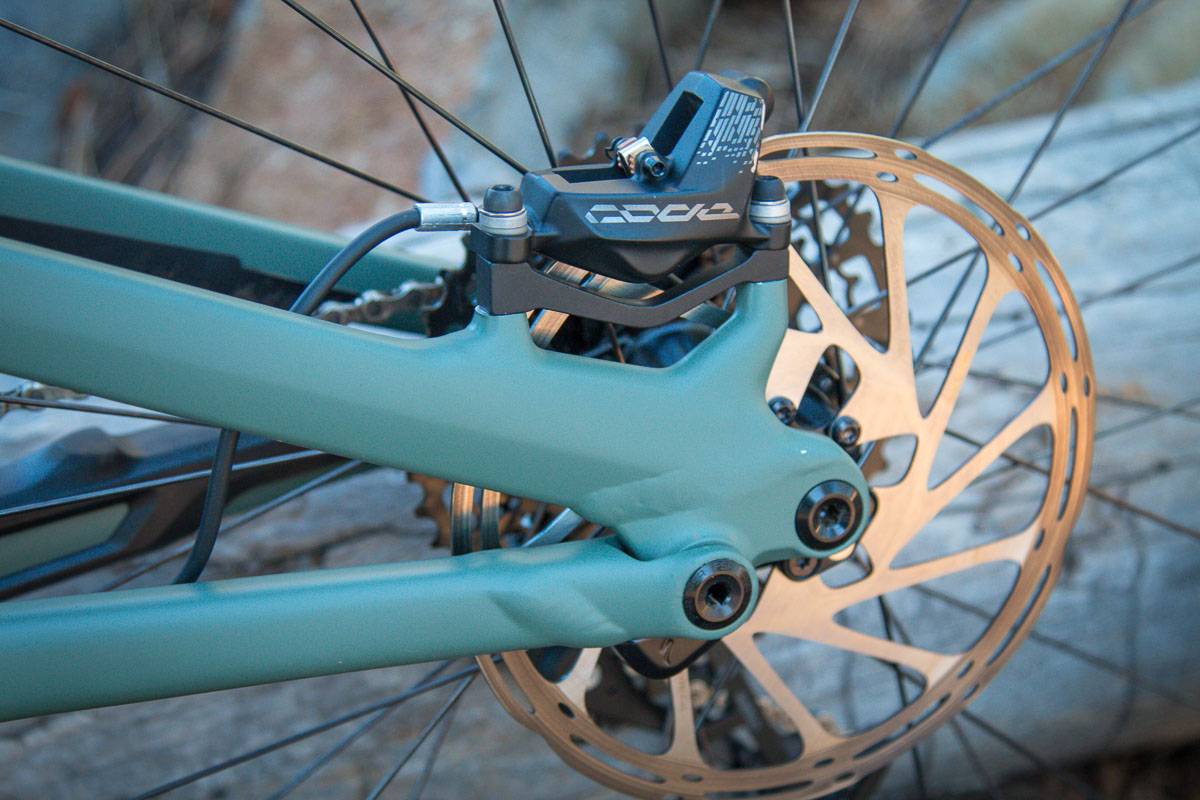 The rear magnet and sensor is nicely integrated. 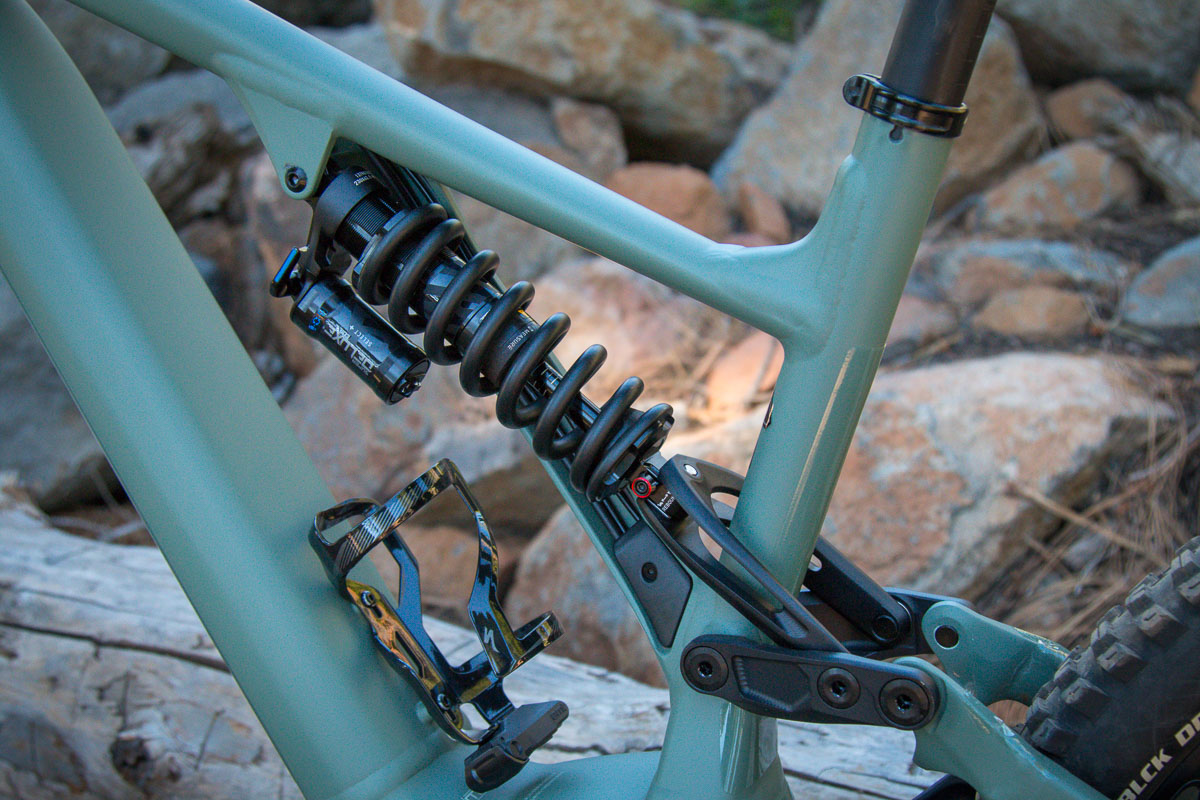 Even with a coil shock with piggy back reservoir, the frame still fits a bottle cage with a SWAT multi-tool Z-Cage

In addition to the e-bike performance improvements from the lower half of the frame, the upper half has seen improvements in the frame layout and suspension to let you really open it up when the trail points down. Starting with the new Sidearm frame design that results in a stiffer front end, the Kenevo gets a massive coil shock on both models. Honestly, weight and pedal efficiency are a little less important on an ebike, so to make the bike handle better with the added weight and more aggressive rider, the Kenevo has beefed up the suspension including a dual crown 180mm Rock Shox Boxxer on the Expert version. Both the Expert and Comp run 180mm suspension front and rear, but the Comp version opts for a single crown Marzocchi Bomber Z1. 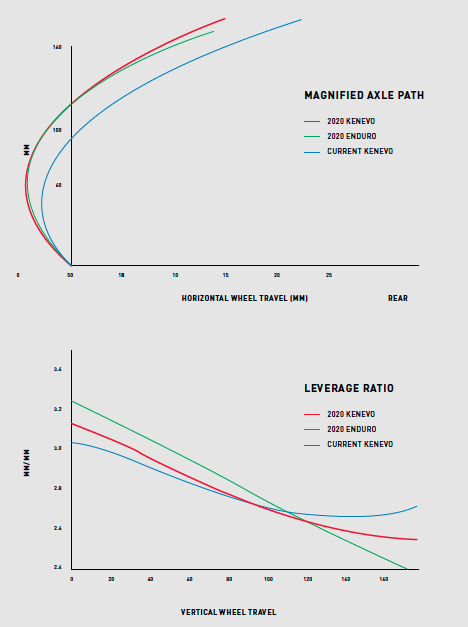 A big part of the redesign was make the bike more controlled at speed and more confidence inspiring over rough terrain, so the suspension kinematics share a lot with the new Enduro. To make the suspension work with the coil and to offer more end stroke support for a heavier bike, the leverage curve is a bit more progressive than the Enduro with an almost identical axle path. 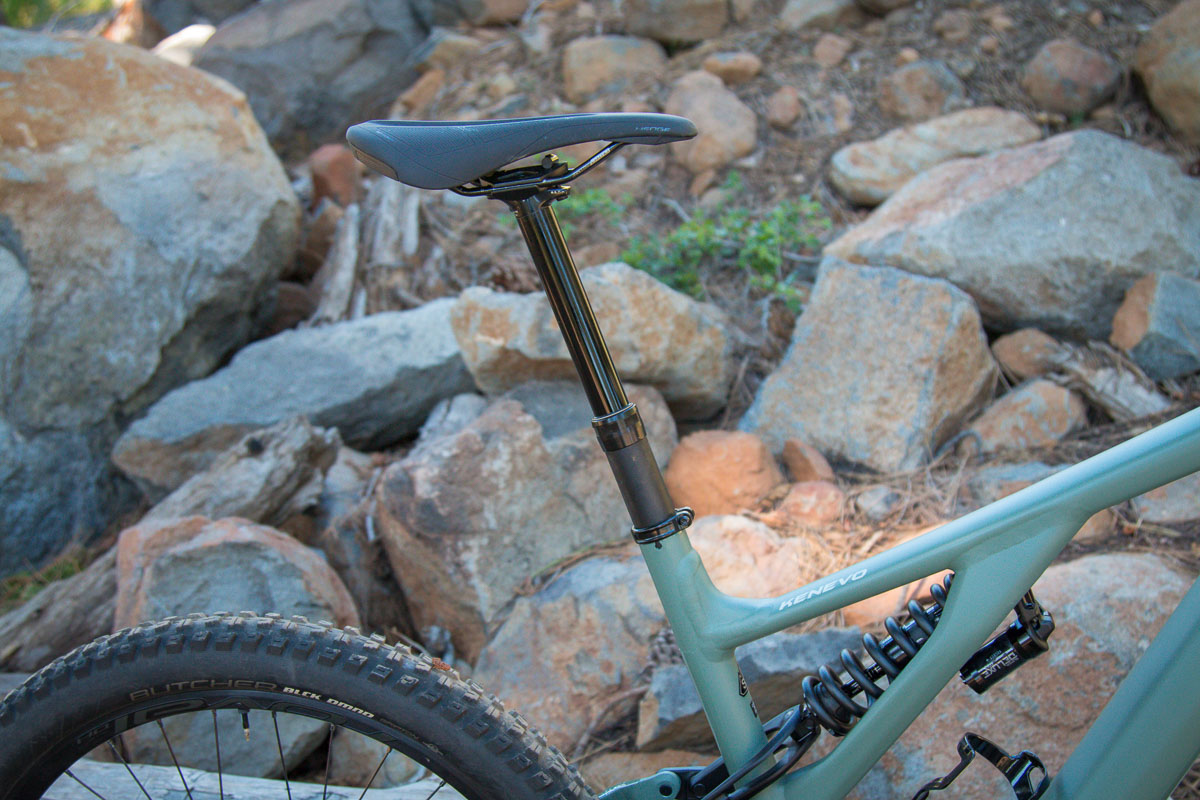 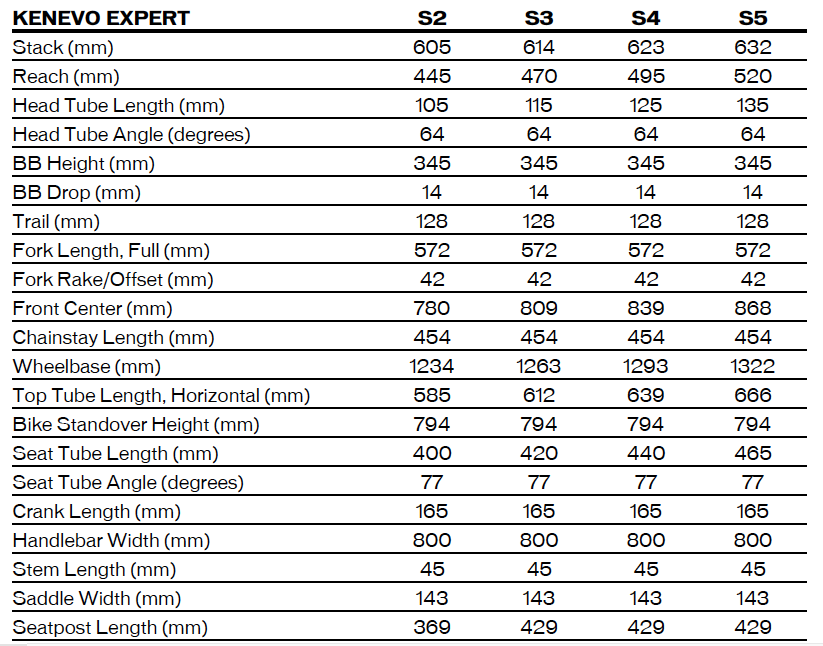 Combine that with slacker geometry, and the Kenevo is built for composure on technical trails. Overall, there is a 40mm increase in reach per size which moves to the Specialized ‘S’ sizing system in S2-S5. Each frame has a full degree slacker head tube angle at 64º, with a 2º steeper seat tube angle at 77º. A more aggressive bike will benefit for more saddle drop, so the new Kenevo also offers more room for longer droppers. 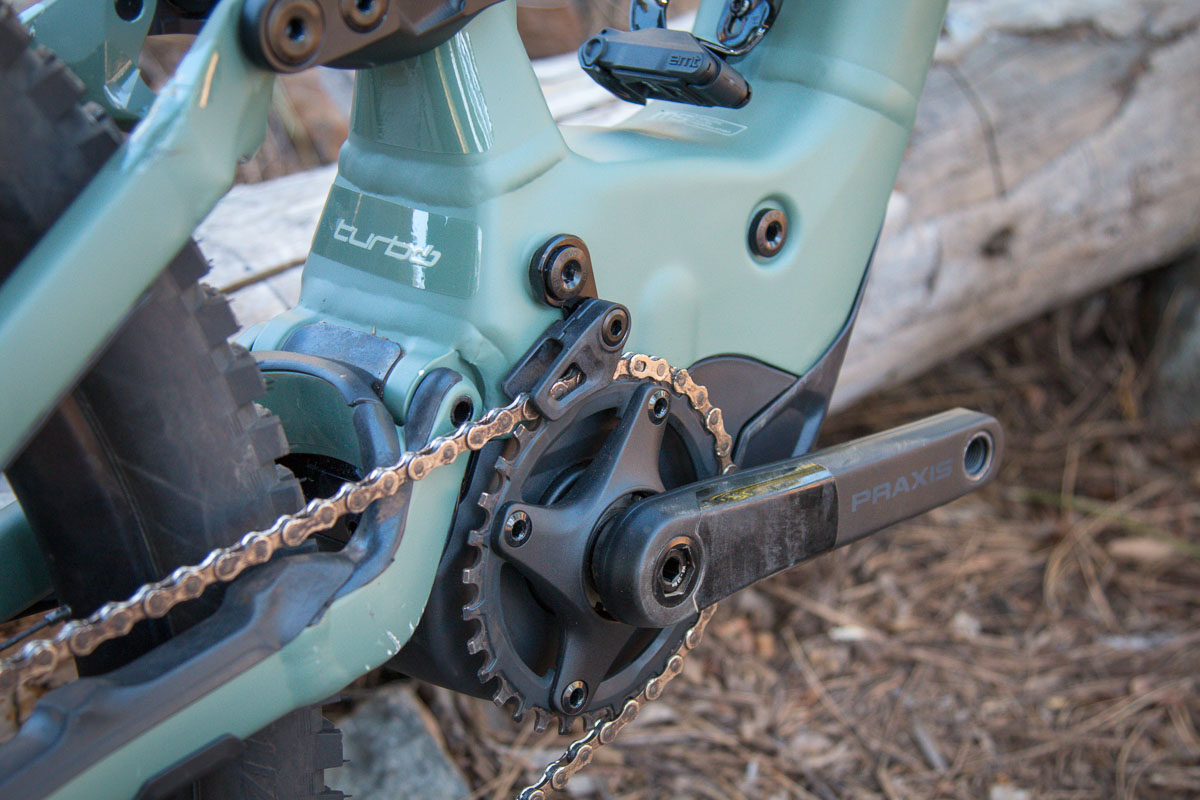 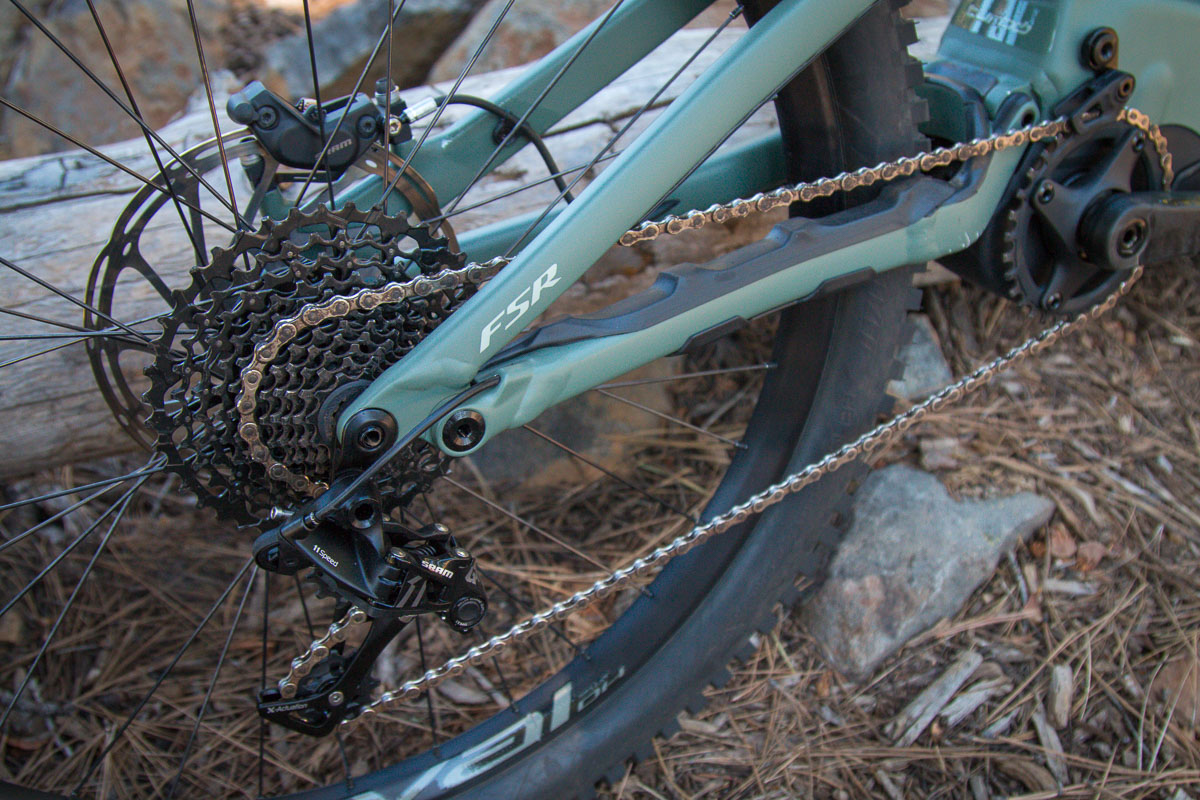 Since the frame is designed for pushing the limits, the components needed a boost as well. in addition to the stiffer fork option, the Roval wheels include a new extrusion with 32h for increased durability. Those wheels also get wrapped in Black Diamond casing tires which are an increase from Grid in terms of protection. Both models roll on 27.5 x 2.6″ wheels and tires with aluminum frames (frames will clear at least a 2.8″ tire, and some 3.0″). Both bikes also keep 11 speed drivetrains since SRAM offers e-bike approved 11 speed components. In the end, the bikes end up almost the same weight as the previous Kenevo, but the trade off is that they’re quite a bit more capable which seems like a worthy trade on an e-bike of this type. 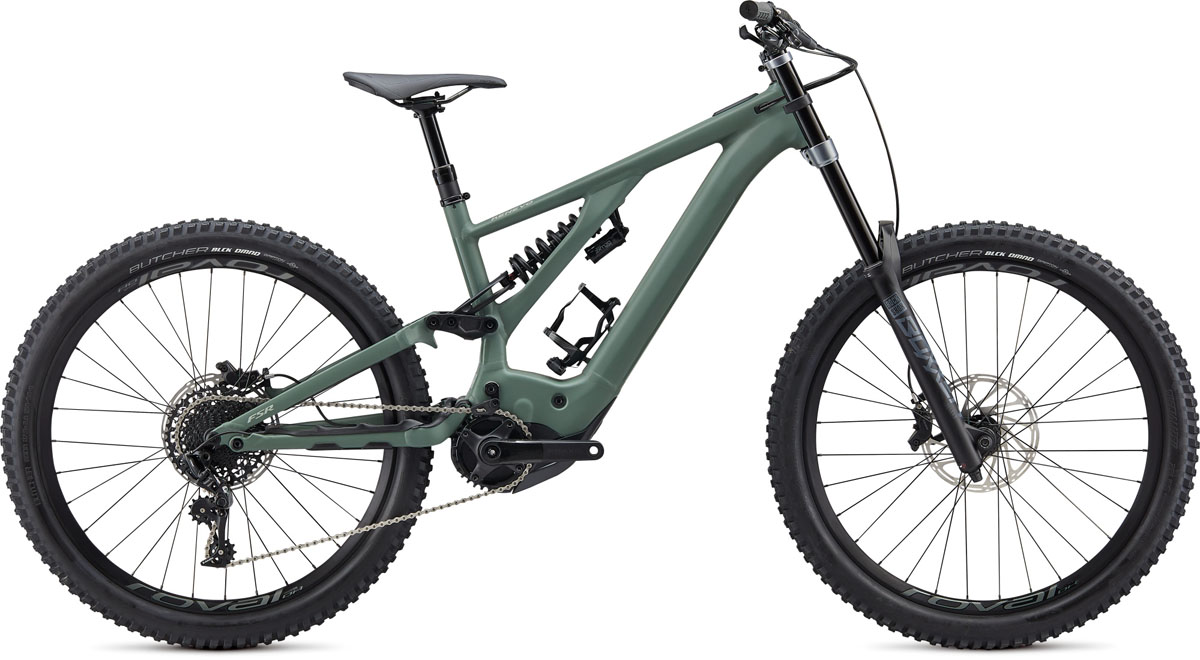 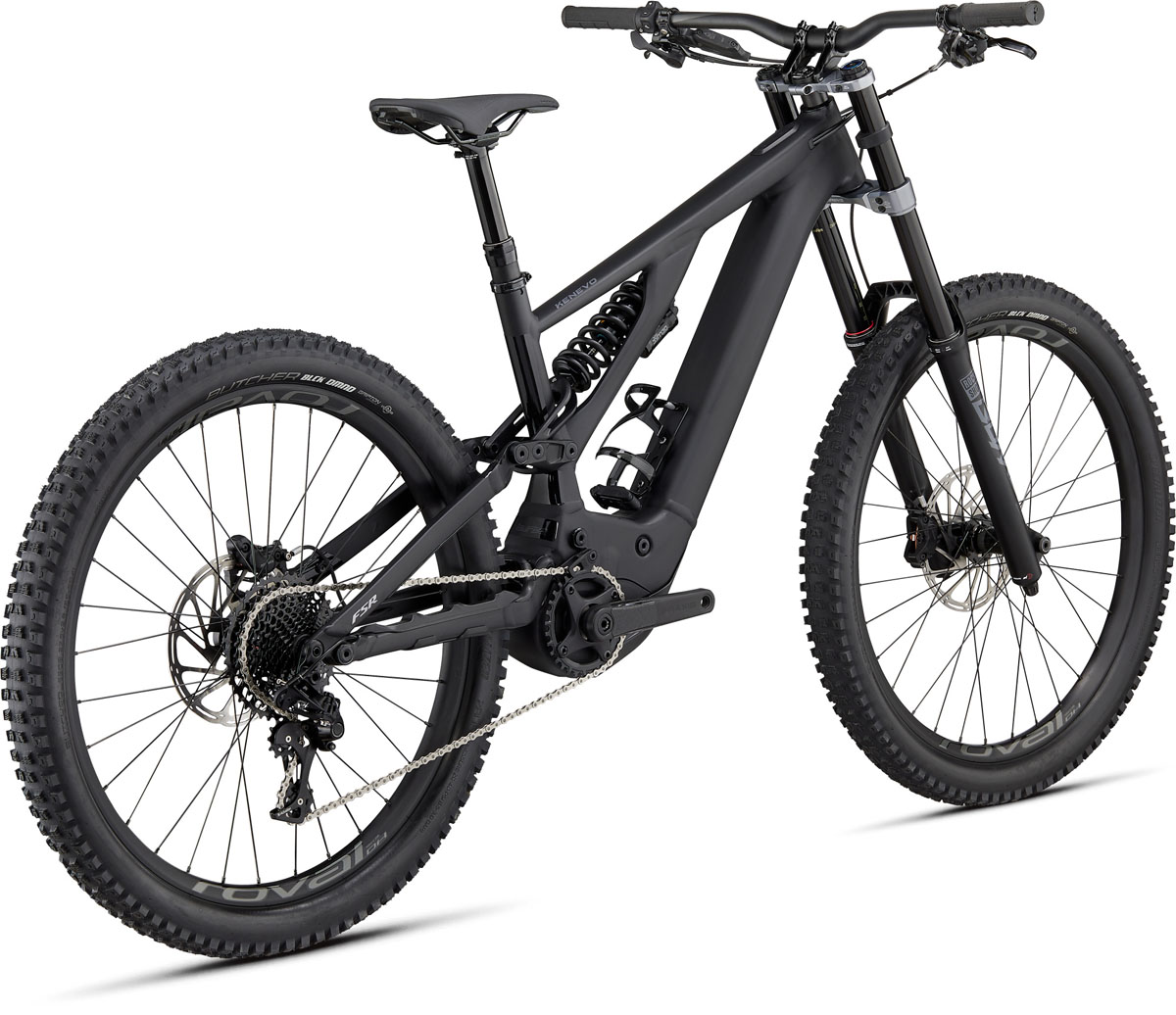 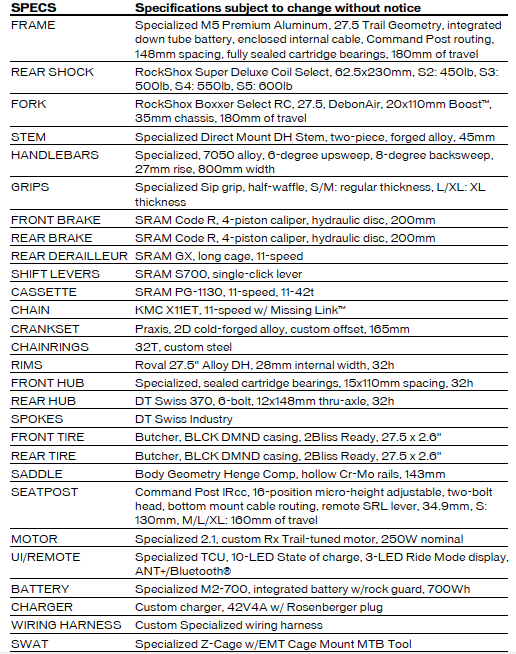 Available this December, the 2020 Kenevo Expert will sell for $8,225 with a 700Wh battery and dual crown fork. 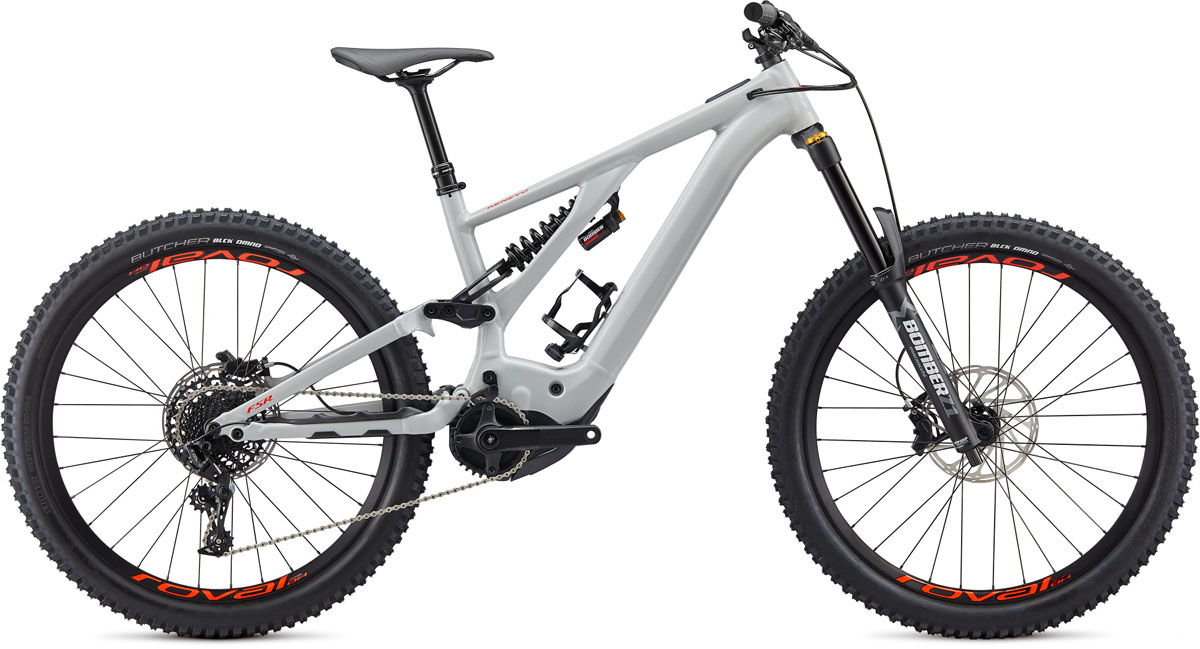 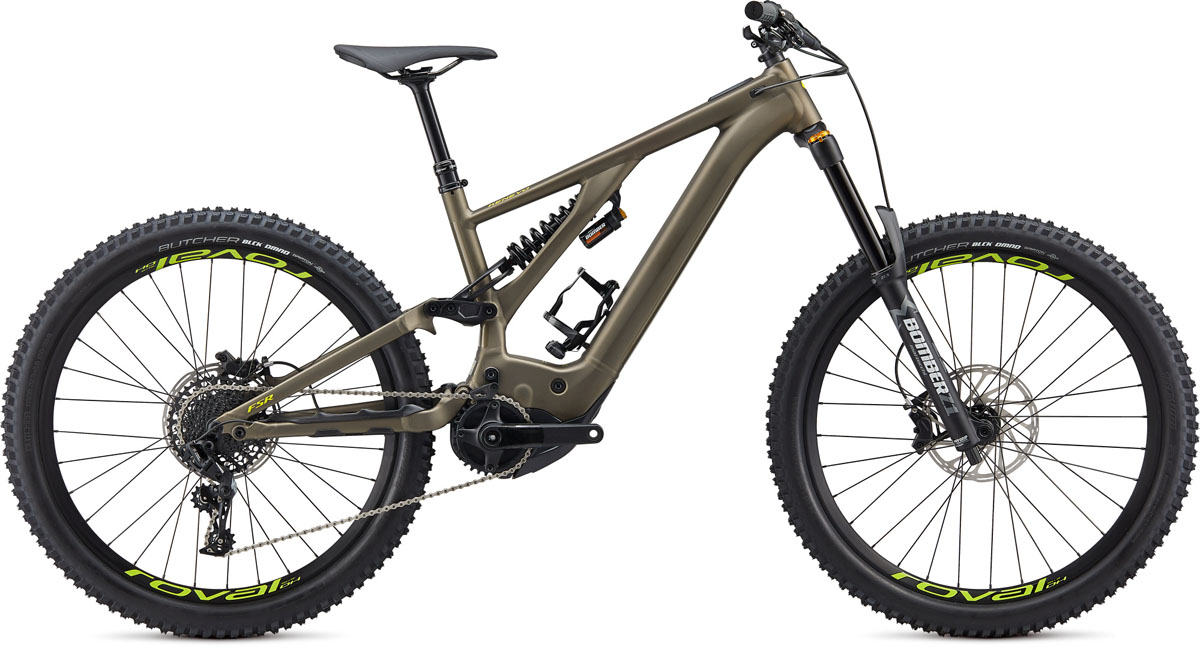 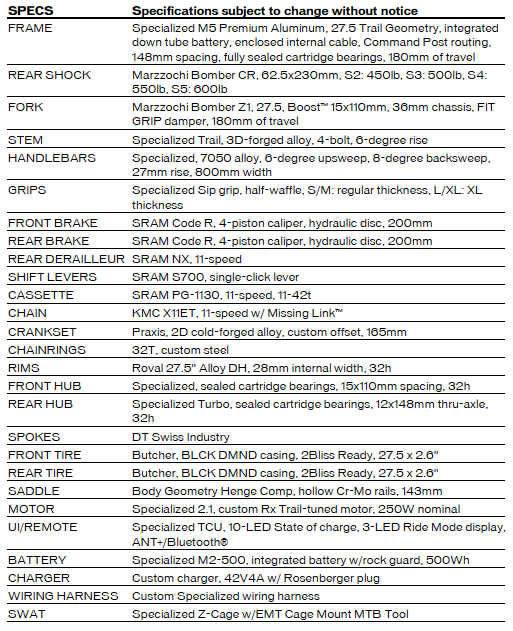 Amazing that they managed to drop 400grams from the motor with use of magnesium. I bet over the next 3-5 years we will see continual weight reductions through material changes, integration etc. Things will surely stabilise at some point but its exciting to follow the innovation that’s going on.

the switch is in the way of where i put my bell? how am i gonna warn all the ppl i’m about to run over to move out of the way?

That is a cool rig.

This thing is awful… Just throw a 600cc two-stroke on it already, that’s basically what it is.