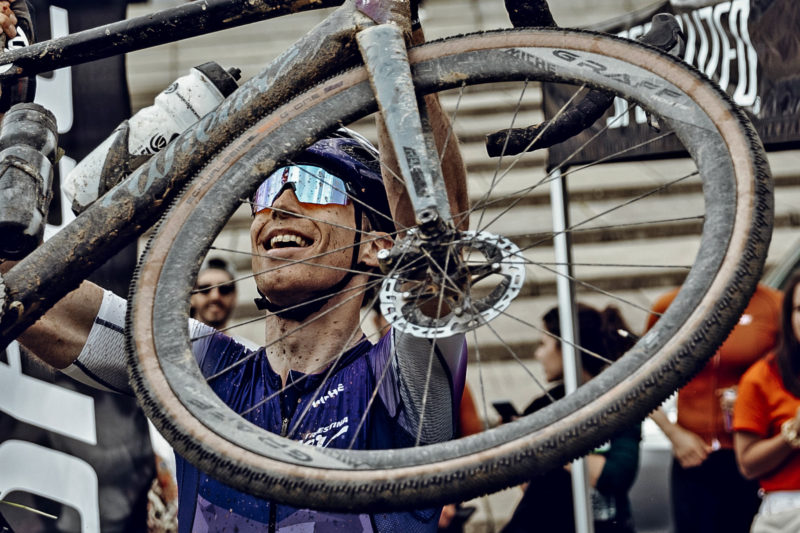 Look out for an all-new Schwalbe G-One RS semi-slick gravel race tire, coming soon! We spotted the new tires while digging back on some recent pro gravel racing. But with Unbound Gravel set to kick off in Emporia, Kansas in just a couple of weeks’ time, we’d be surprised to not see the fast-rolling tire make a bigger debut there… that is, if it can stand up to the notoriously unforgiving flint! 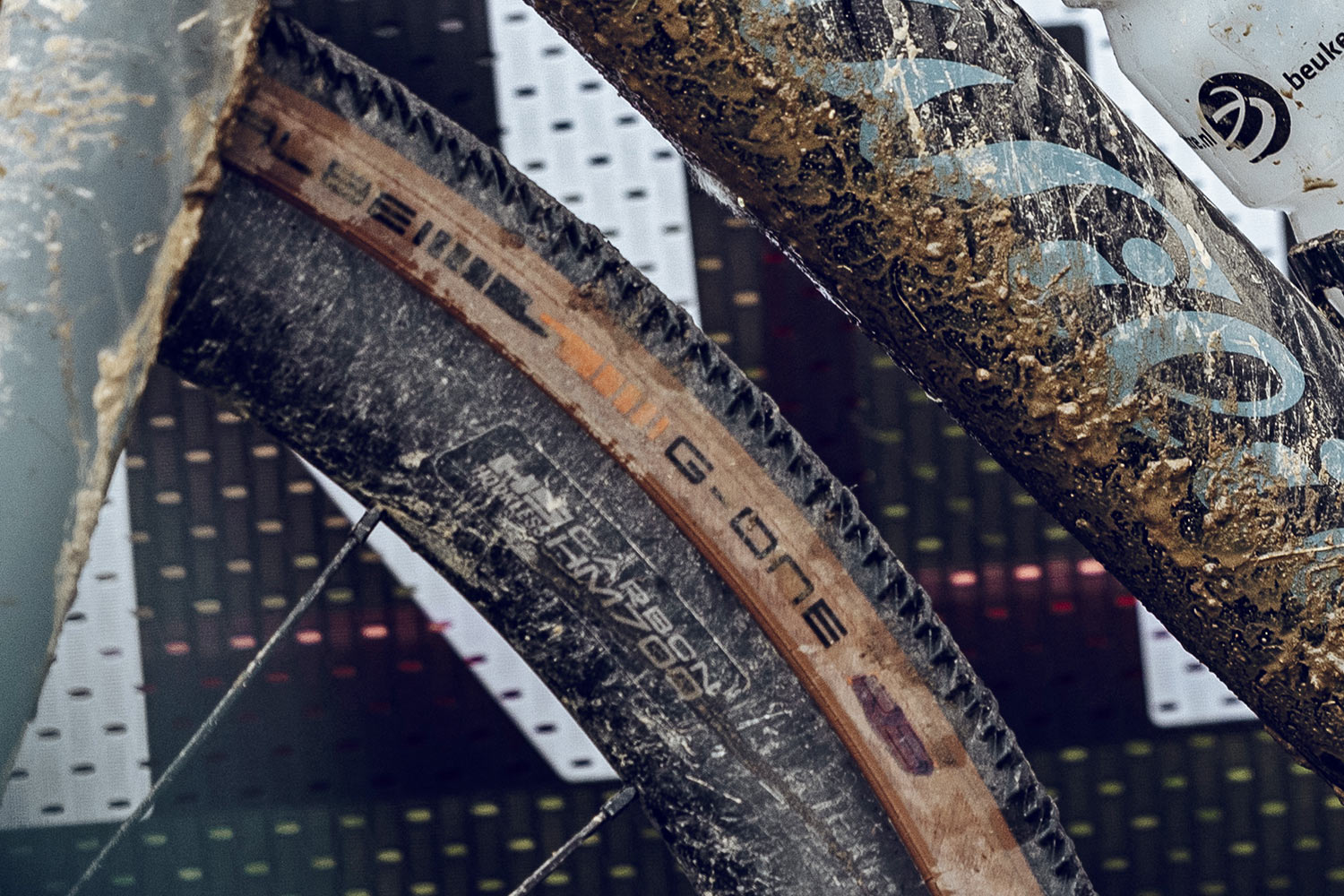 Now this new Schwalbe G-One RS semi-slick looks to take gravel racing tires to the next level, with a minimalist center tread and shoulder knobs that reach in from the side for grip while cornering.

You can’t hide that new tire name with a Sharpie, so easily! 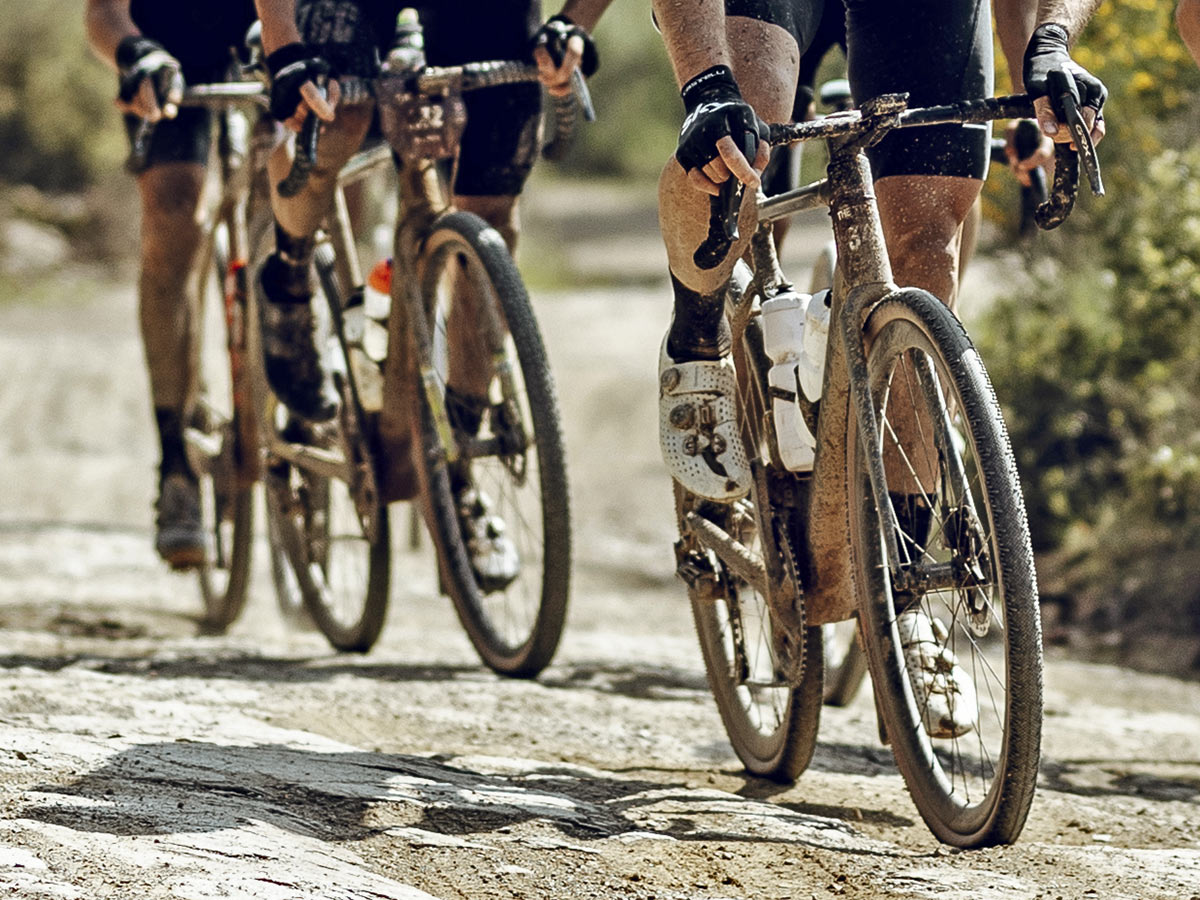 Wilier pro gravel racer Ivar Slik rode the new tires to win Girona’s Traka 200 on the first of May, by just a second after almost 6 1/2 hours. Did that smooth-rolling center tread make the difference?

The Schwalbe G-One RS is still officially just a prototype, so we don’t have any real details on the new semi-slick gravel race tire. But they look a lot like the G-One R, so we’d assume they share the same Super Race carcass, Addix Race rubber, Super Race V-Guard puncture protection, and TLE tubeless-ready bead & casing. 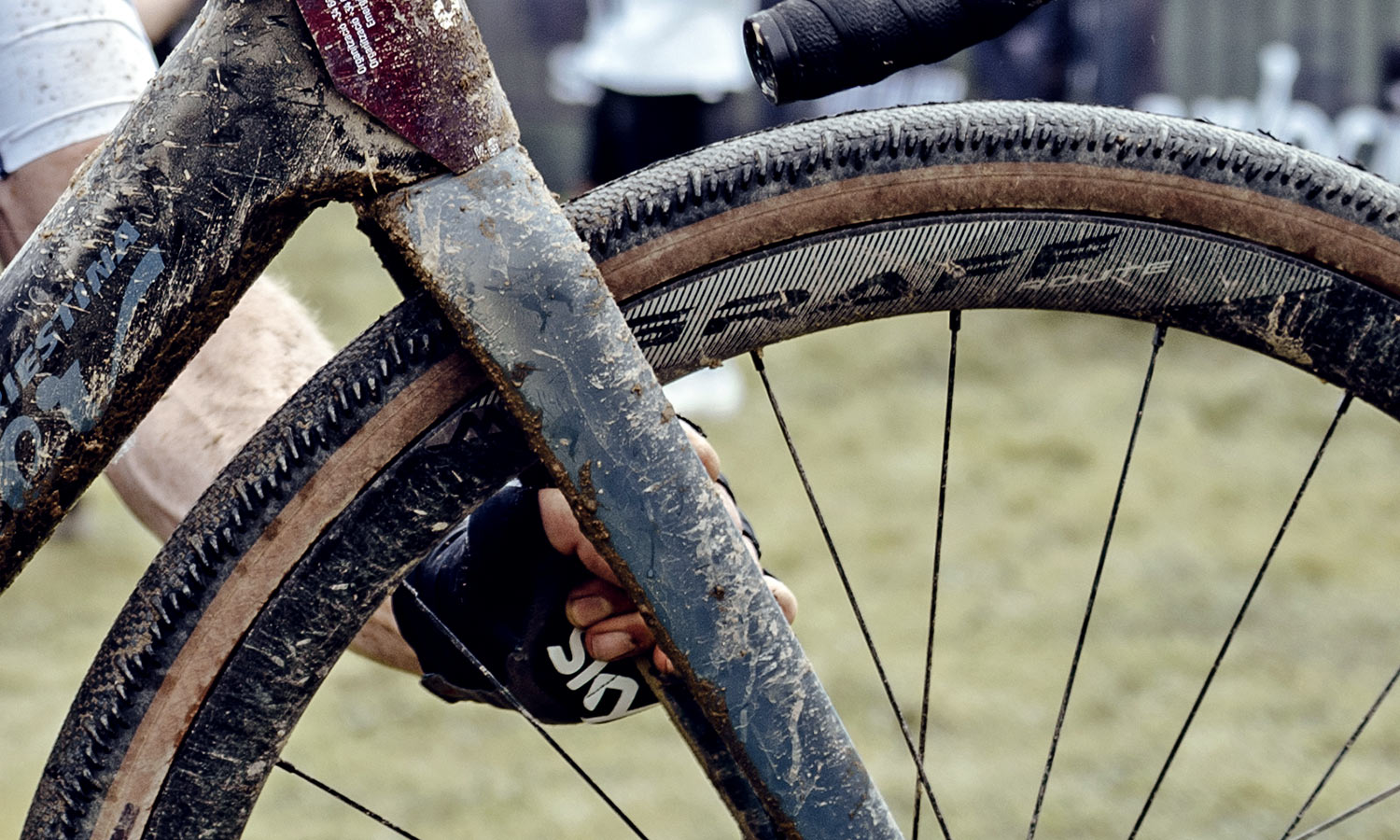 What almost appears smooth in the center from the front is actually a zig-zagging herringbone-like tread pattern that appears slightly raised to the rear for extra grip going straight.

Cornering control is offered by a single longer ‘boomerang’-style knob that extends into the transition area, followed by three smaller similarly-shaped lugs that oscillate up and down the shoulder for more grip the deeper you lean into a loose corner. 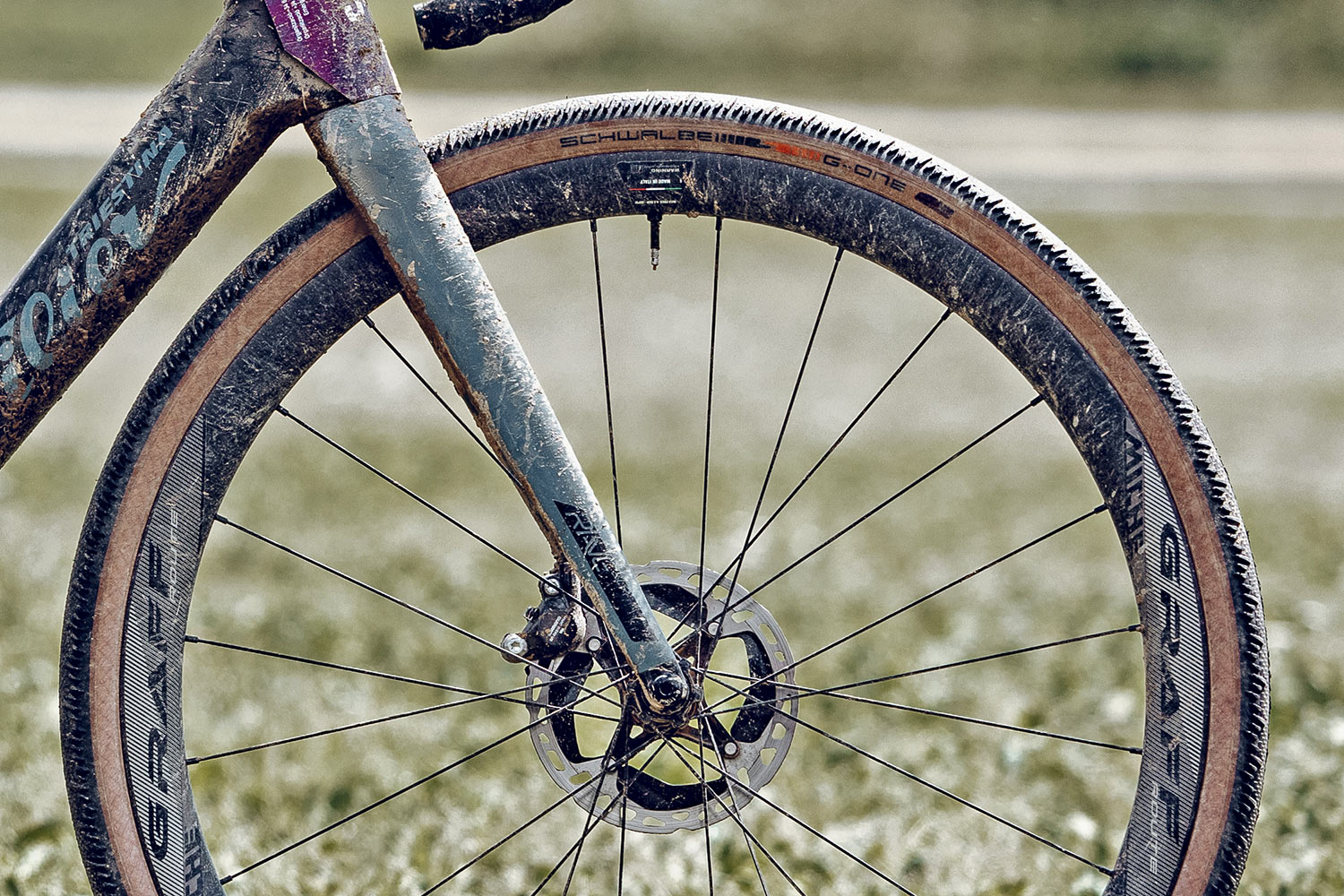 We suspect the new natural rubber ‘Transparent Skin’ sidewall tire will likely come in 40 & 45mm versions like the G-One R, and sell for the same 73€ once it launches later this summer. It might even weigh a little less with less tread down the center.

And yes, those aero carbon Miche Graff Route gravel race wheels are new too. . Check out the new wheels here.

Update: The G-One RS is official now, and it’s fast!

This looks like an actual tread! I’ve long wondered what the deal is with the G1 series. Everyone else goes to great lengths to find just the right balance between smoother centers and intricate patterns of specially-formed lugs on the sides—and Schwalbe just covers the entire tire with a regular pattern of round nubs and calls it a day?! I’ve used the 60mm G1 for gravel-ish rides on my MTB and it was OK but it didn’t strike me as anything special, neither for rolling resistance not grip. I’m not a competitive rider so I couldn’t really tell, but if this is competitive tire design, what are the others even doing?