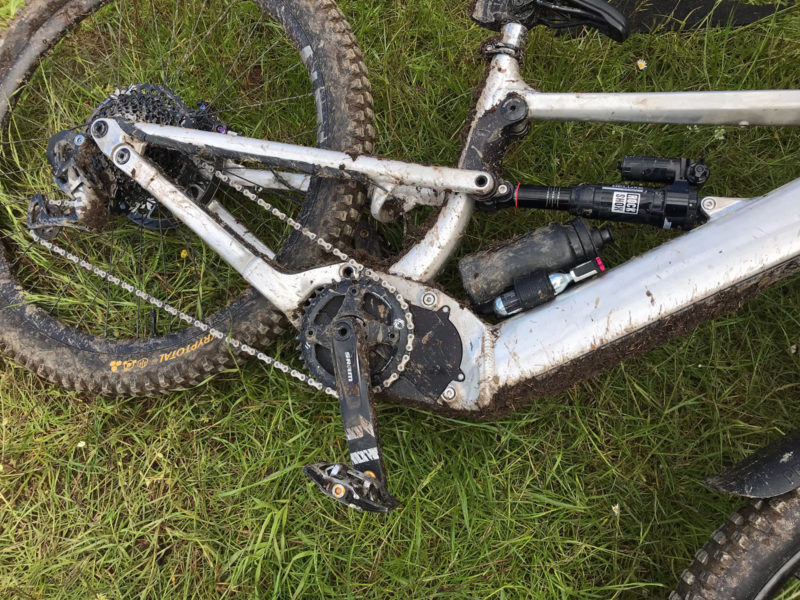 A SRAM Motor has finally broken cover, seen on what appears to be a prototype aluminum Nukeproof MegaWatt eMTB. A wander around the pits at Tweed Valley EWS has been rather rewarding today, with glimpses of a new Giant Reign 29, the Commencal Enduro Project META AM prototype, a RockShox Super Deluxe Ultimate Coil Flight Attendant shock, and now this. SRAM are finally throwing their hat into the eMTB ring with a motor, control and display unit integrated into the top tube. We’ve been in touch with Chris Mandell at SRAM who has declined to provide comment on this. 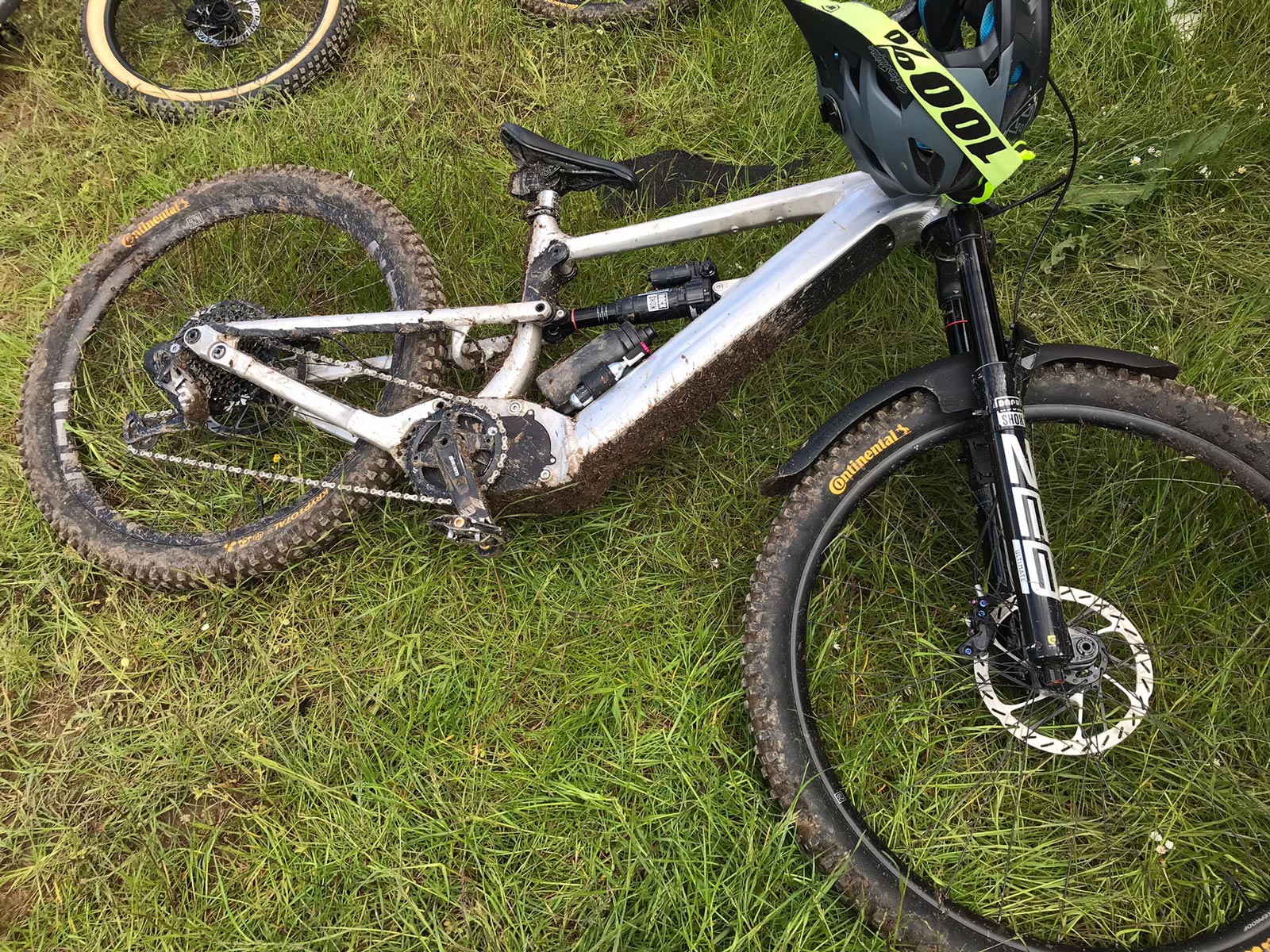 It’s wired into the motor for power. It still receives a wireless signal from the shifter.

Makes sense. Charging a single battery is certainly simpler than managing a whole host of devices and their respective batteries. I realize this only integrates the RD, but still, it seems to be a step in the right direction.

it’s just me, or this motor is really big?

This is pretty cool because it means they’ll be able to integrate Flight Attendant into eBikes now.

Would the drive be able to fit into a ticycle. Suitable for a 81 year old wobbly rider?

Thanks for all the great pics from the pits, Jessie-May. Next best thing to being there.

Cant wait to file warranty claims on the whole first two generations of these.

could it be worse than the specialized/brose fiasco? tune in