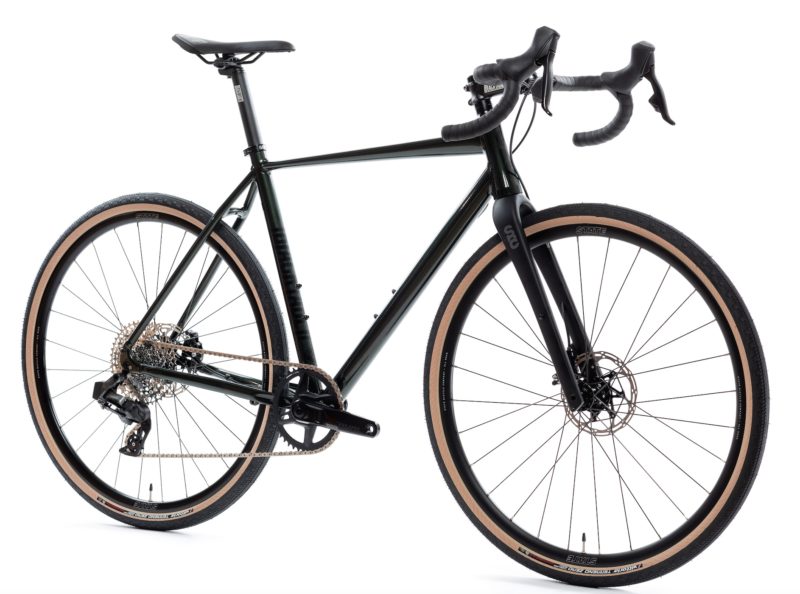 State Bicycle Co. has rolled out the latest renditions of its popular all-road 4130 and 6061 Black Label bikes that, in a first for the brand, feature wireless shifting.

The SRAM AXS XPLR groups marks another step for State in the direction of higher-end options that cater to riders of more varied disciplines. Where their original lineup was aimed mainly at commuters and fixie enthusiasts, the most recent builds venture onto gravel roads and backcountry lanes. 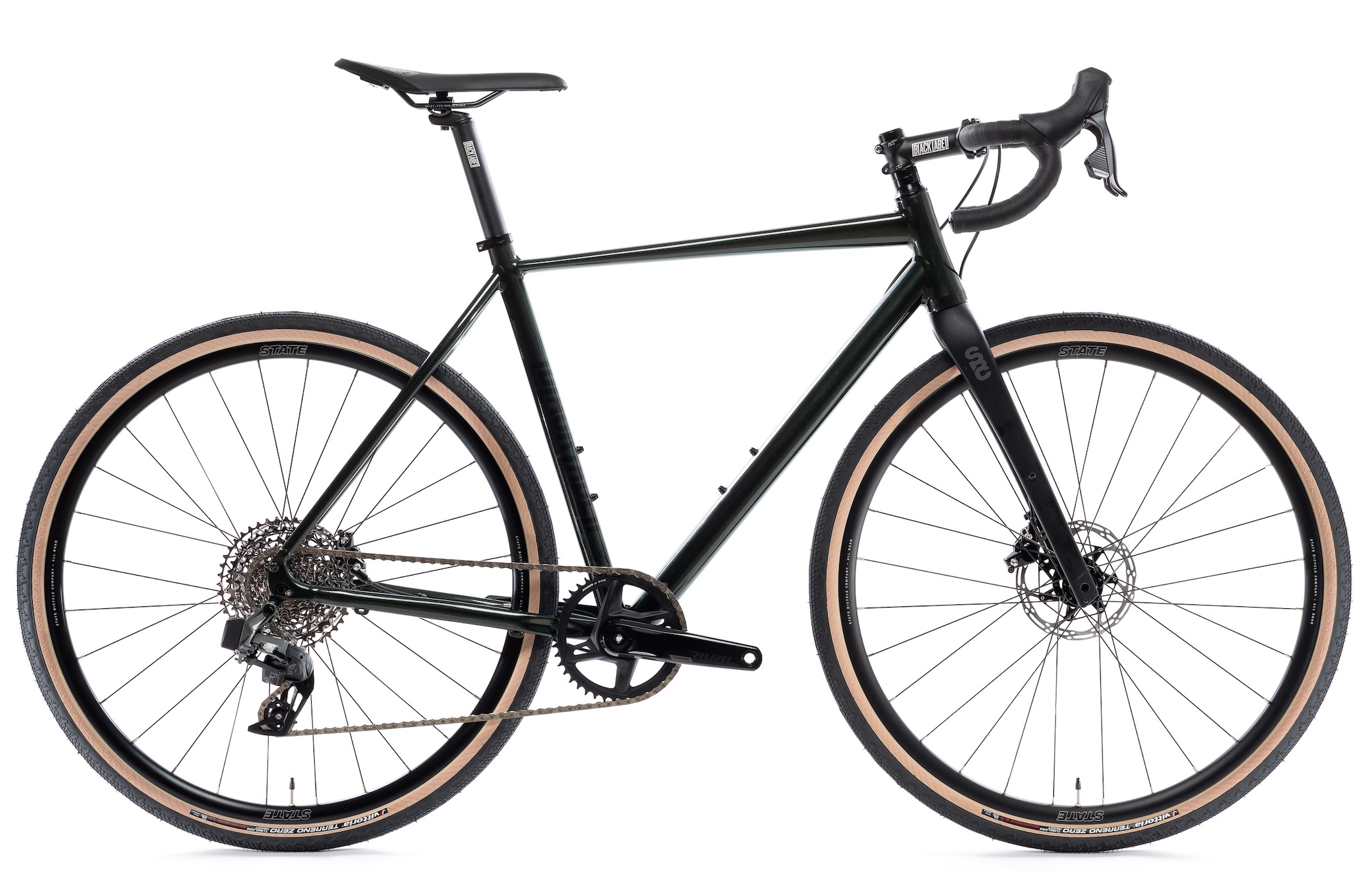 With wireless shifting, State’s new 4130 All-Road bike is about a pound lighter than previous models.

It was only three years ago that State launched the 4130 as its first-ever geared bike. The next year, it rolled out the Undefeated road bike, which unlike its predecessors, was developed with performance and racing in mind.

Since then, State has steadily improved upon the aesthetic and performance of their bikes. The upgraded Undefeated racer launched in January with a new aluminum frame and disc brakes that make it more competitive, plus a neat tie-dye and pearl paint scheme. 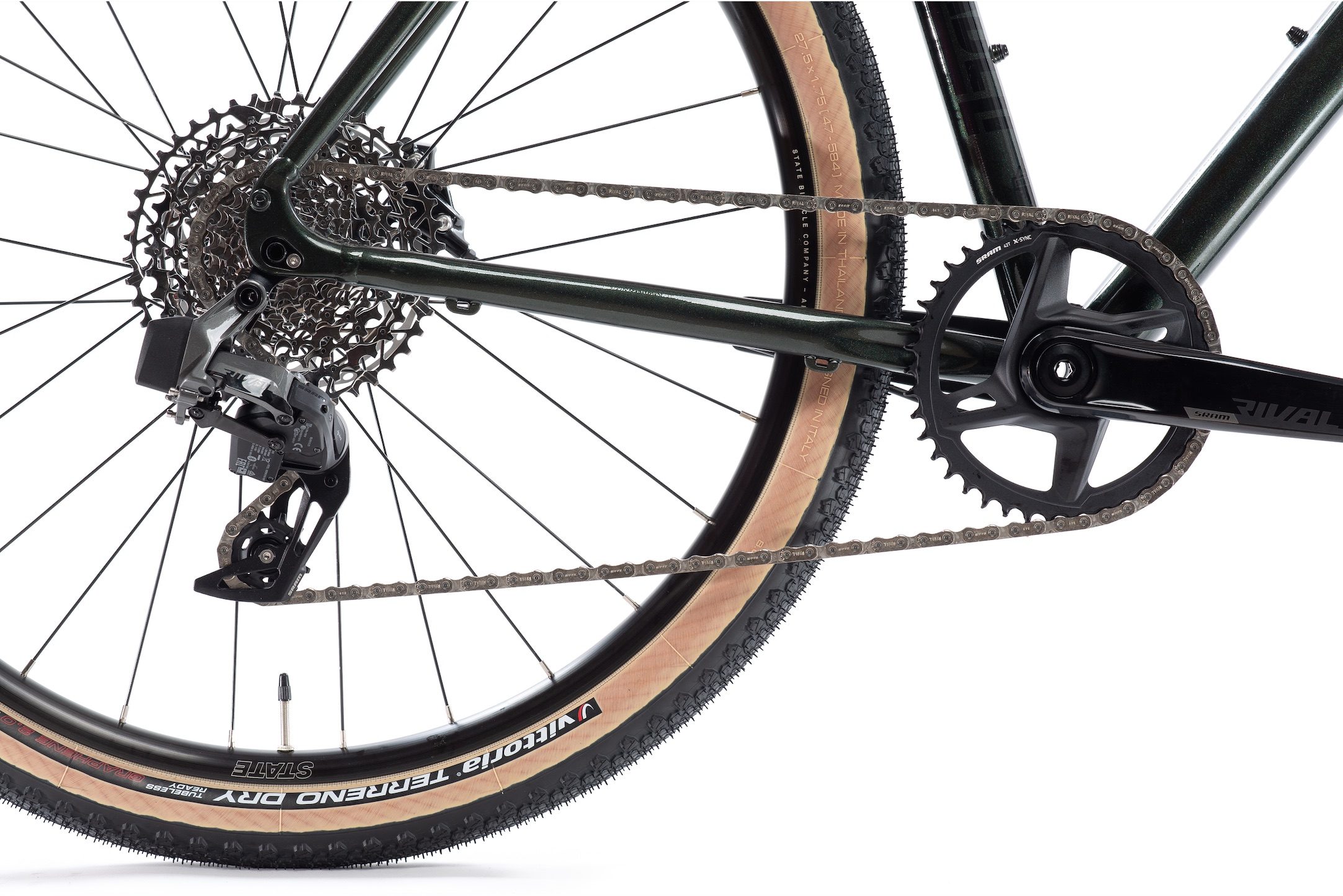 Now, they’re solidifying the “All” in the All-Road badge with a gravel-ready new 1x wireless build. Both the 4130 steel bike and the 6061 aluminum Black Label frames are available with the SRAM Rival XPLR AXS wireless 12-speed drivetrain and hydraulic disc brakes…and they’re a steal. 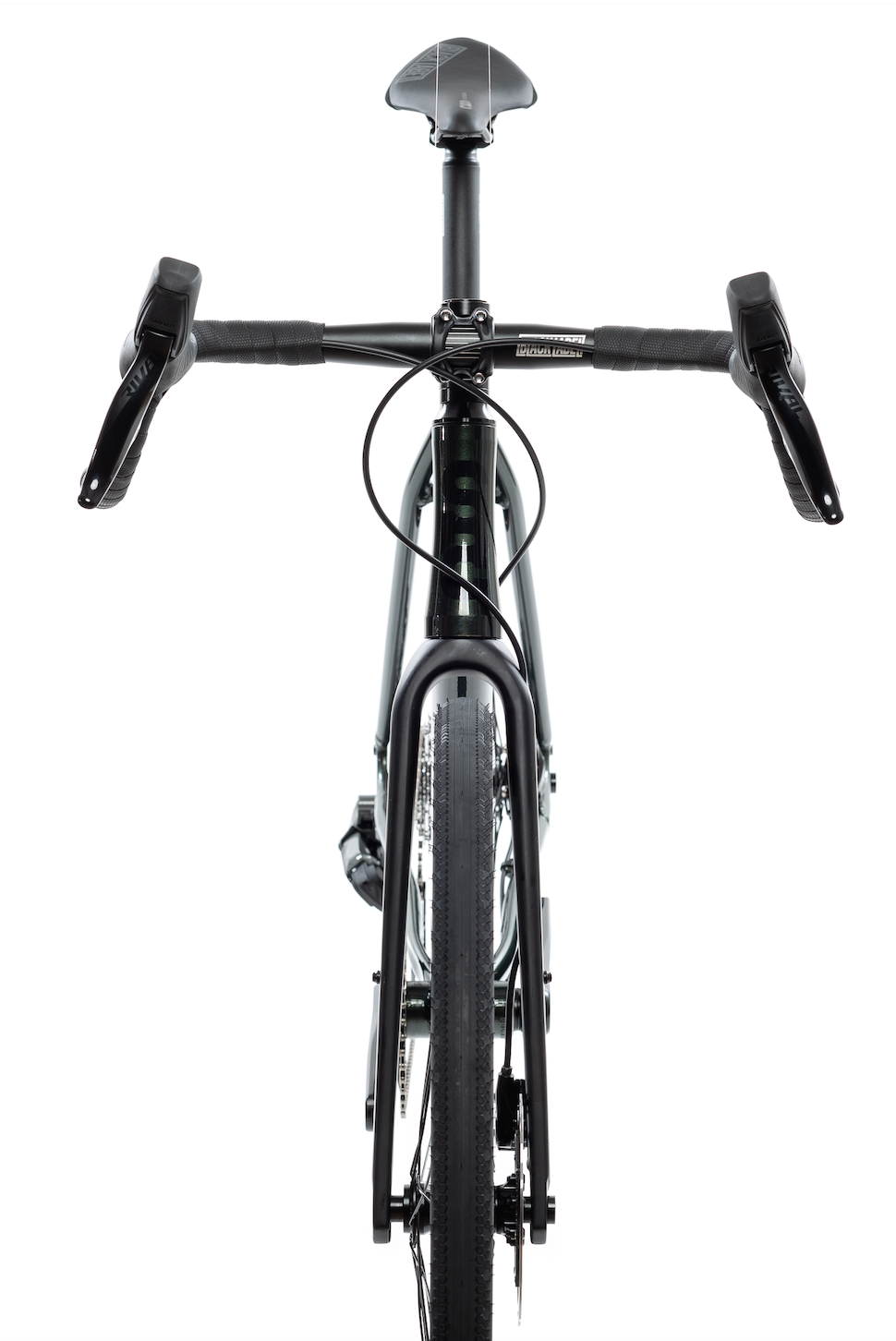 In both models, these new builds translate to about a full pound of weight savings compared to previous models, along with the obvious improvements to shifting and braking. They come in 700c or 650b wheelset options topped with Vittoria tires in either 700×38 (Terreno Zero) or 650Bx2.1 (Barzo MTB). 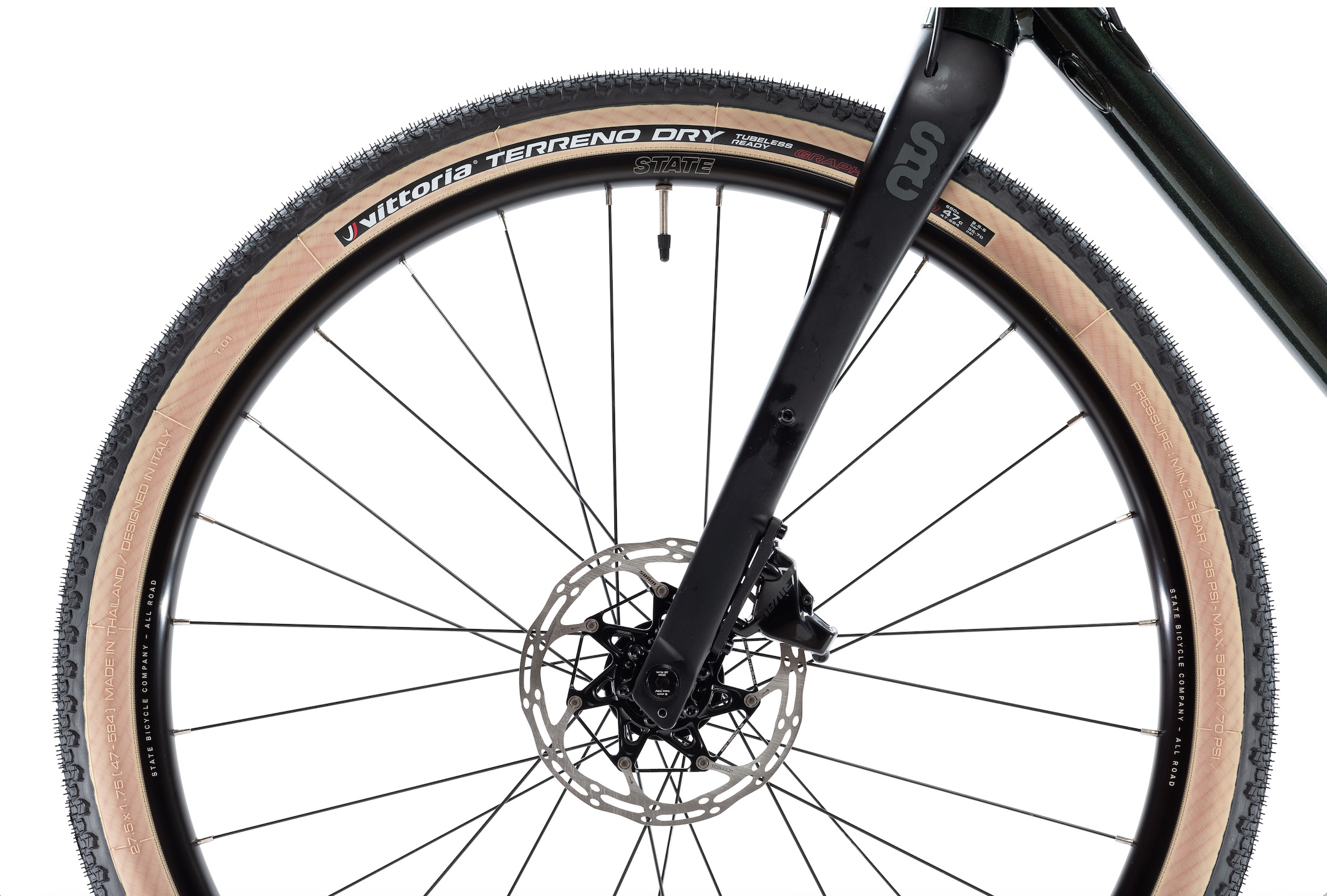 The 6061 All-Road XPLR AXS goes for MSRP $2,599.99, making these models the most expensive in State’s lineup, but very approachable for bikes with wireless shifting. 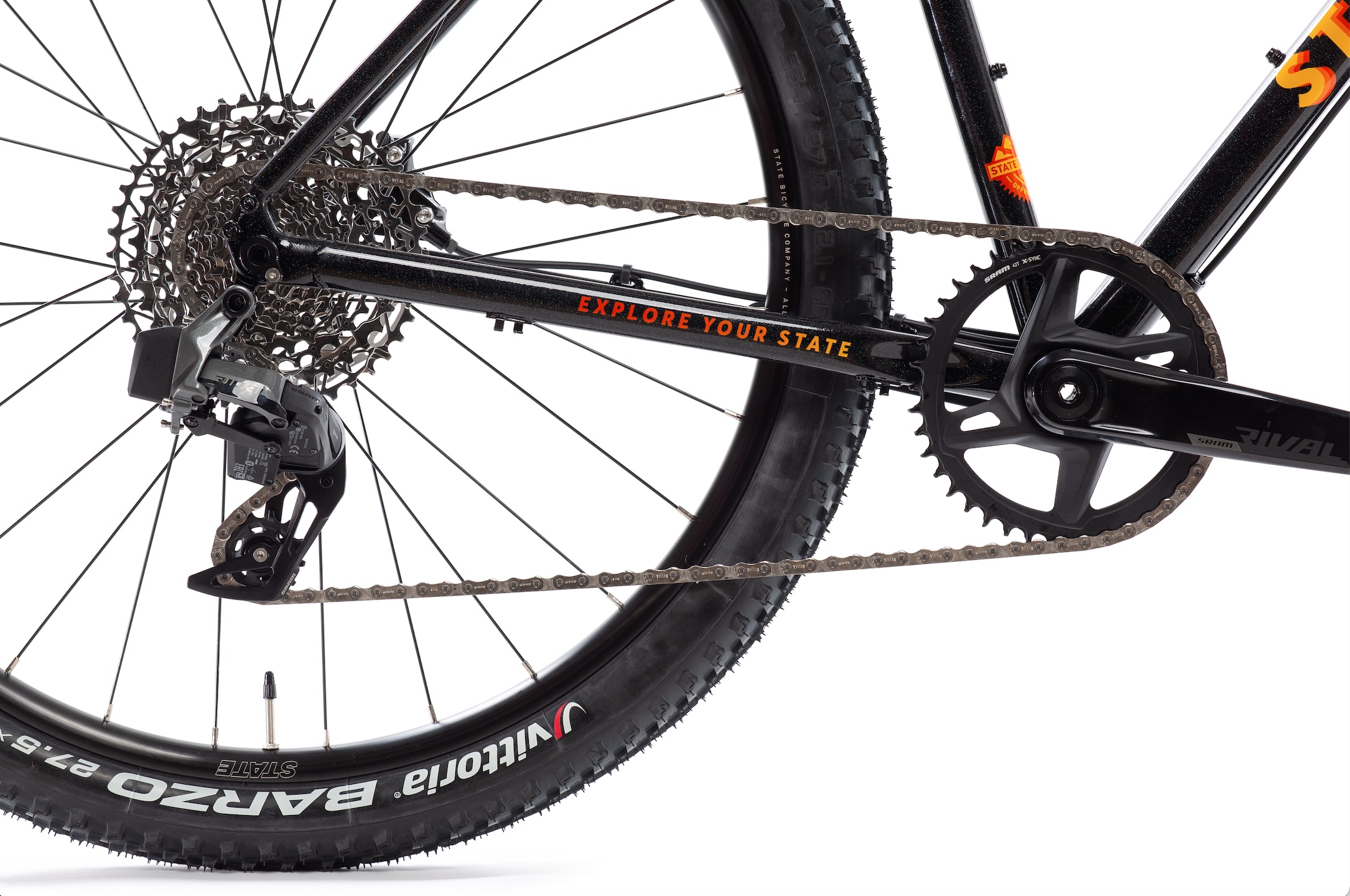 The 1×12 XPLR drivetrain pairs a 42T chainring with the 10-44 cassette. Wheels are State’s own aluminum wheelset with a 19mm internal width. Cockpit is State’s alloy parts with a 42cm-wide flared handlebar that hits 50cm wide at the ends. 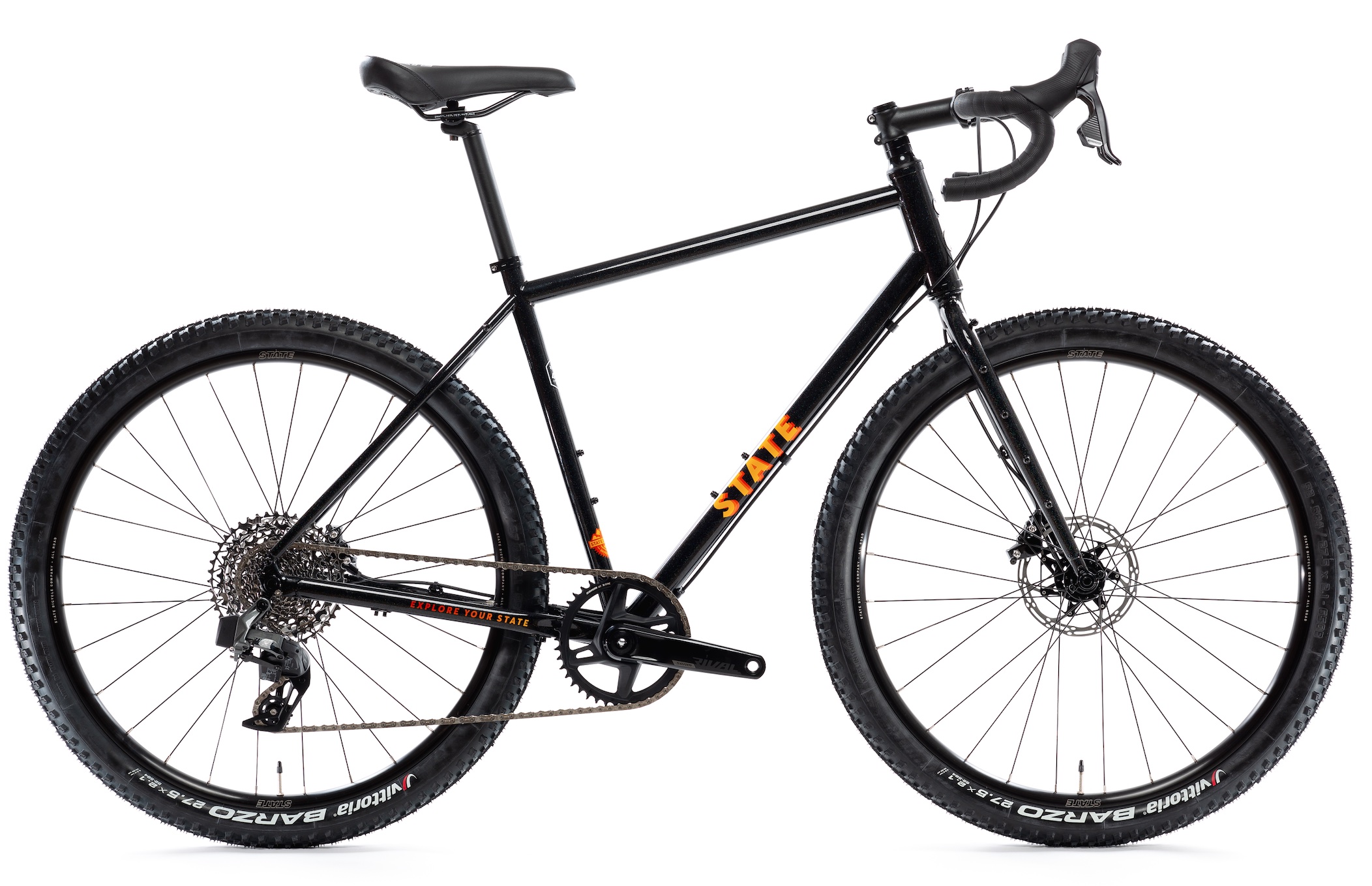 As with all of their bikes, you can add accessories like racks, handlebar bags, and pedals, swap saddles, or even have it setup tubeless for you, all at checkout. There’s also an option to upgrade to their Carbon Monster Fork for $299 with accessory mounts. Otherwise, the alloy frame gets a standard carbon fork, and the steel bike gets a steel fork with “Anything Cage” mounts. 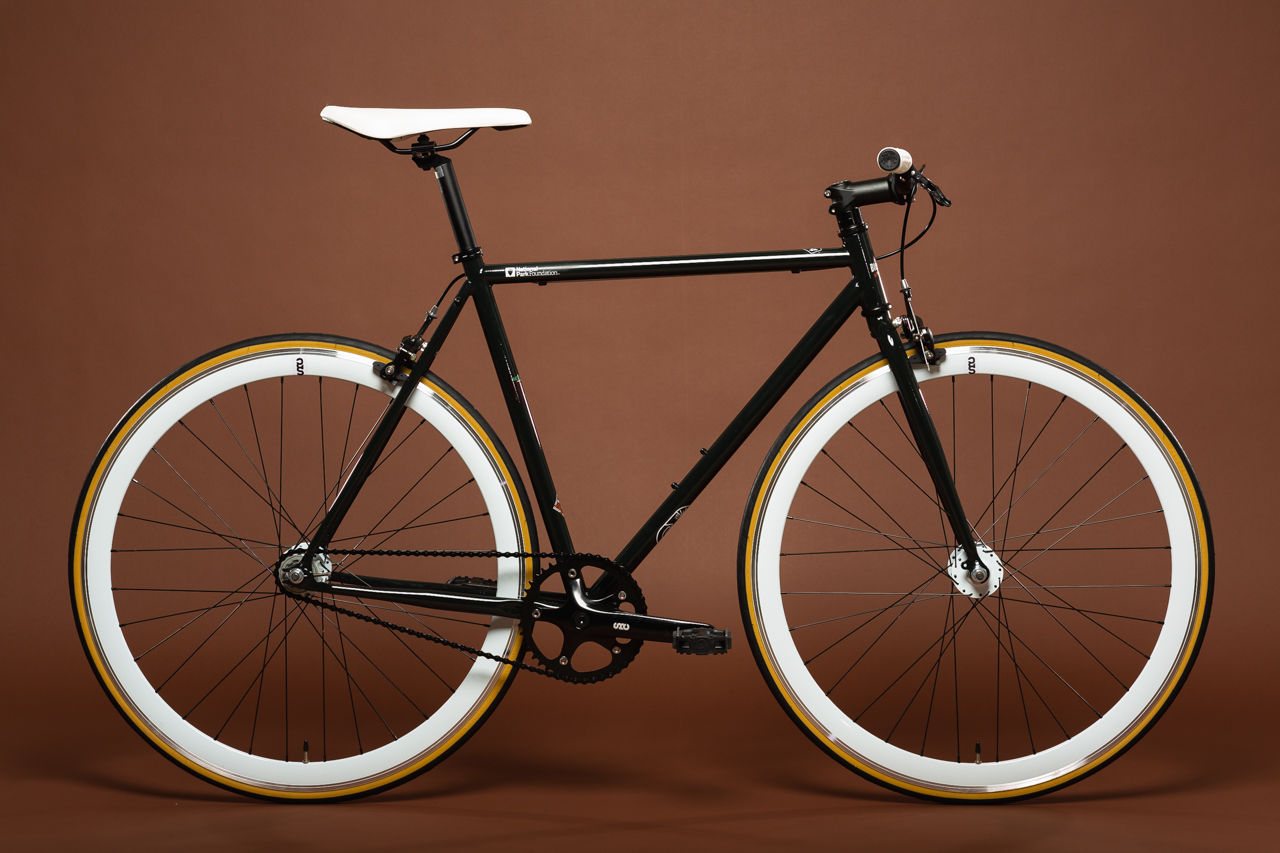 State’s more affordable Core lineup gets a refresh with new, striking colors on its mainstay geared/single speed models that go for just $399.99.

Anyone whose been around bikes for more than a week knows that finding a bike at that price that hold up is near impossible, but that’s what State is built on. For just $399, you can pick up a complete fixed gear (or freewheel) bike with a steel frame, 40mm Deep V rims, and your choice of riser bars with Vans grips, or bullhorn or drop bars with bar tape. 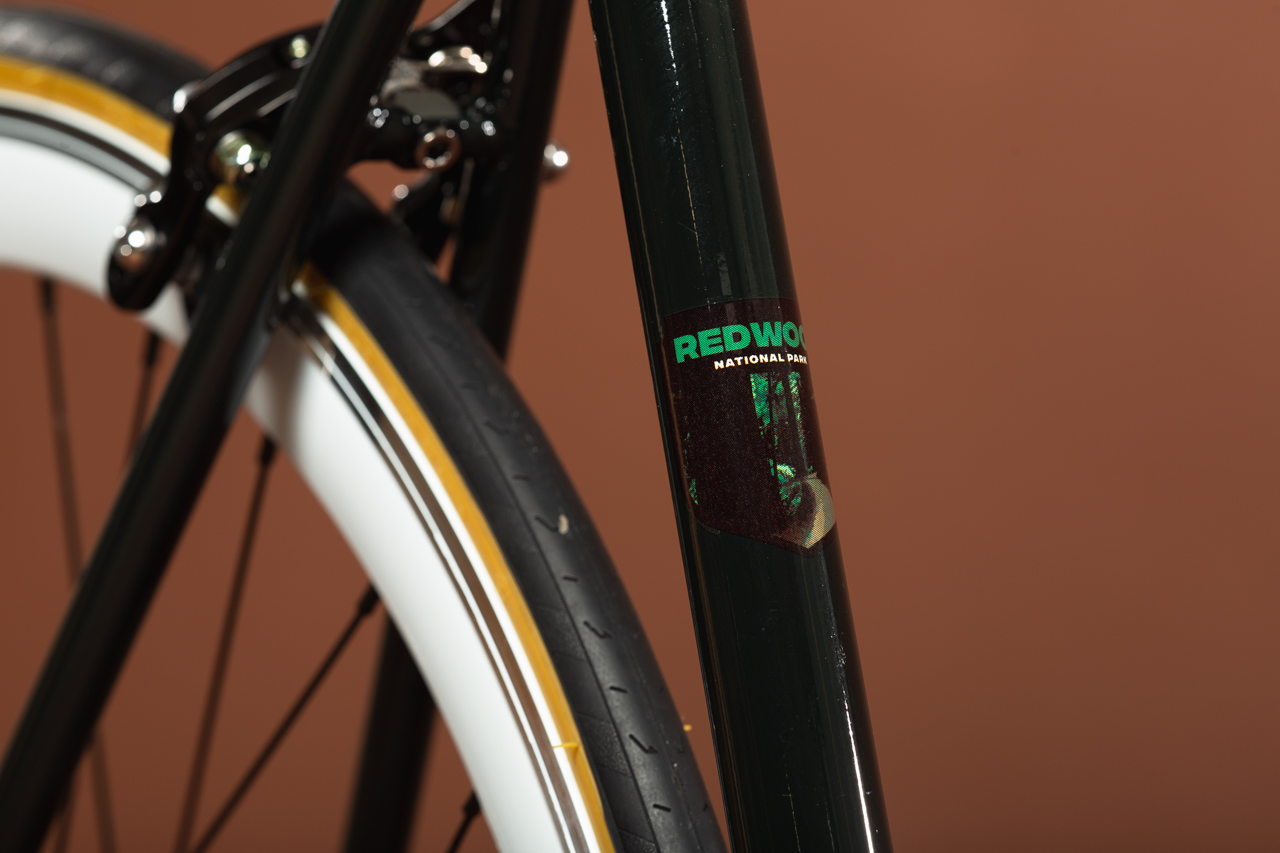 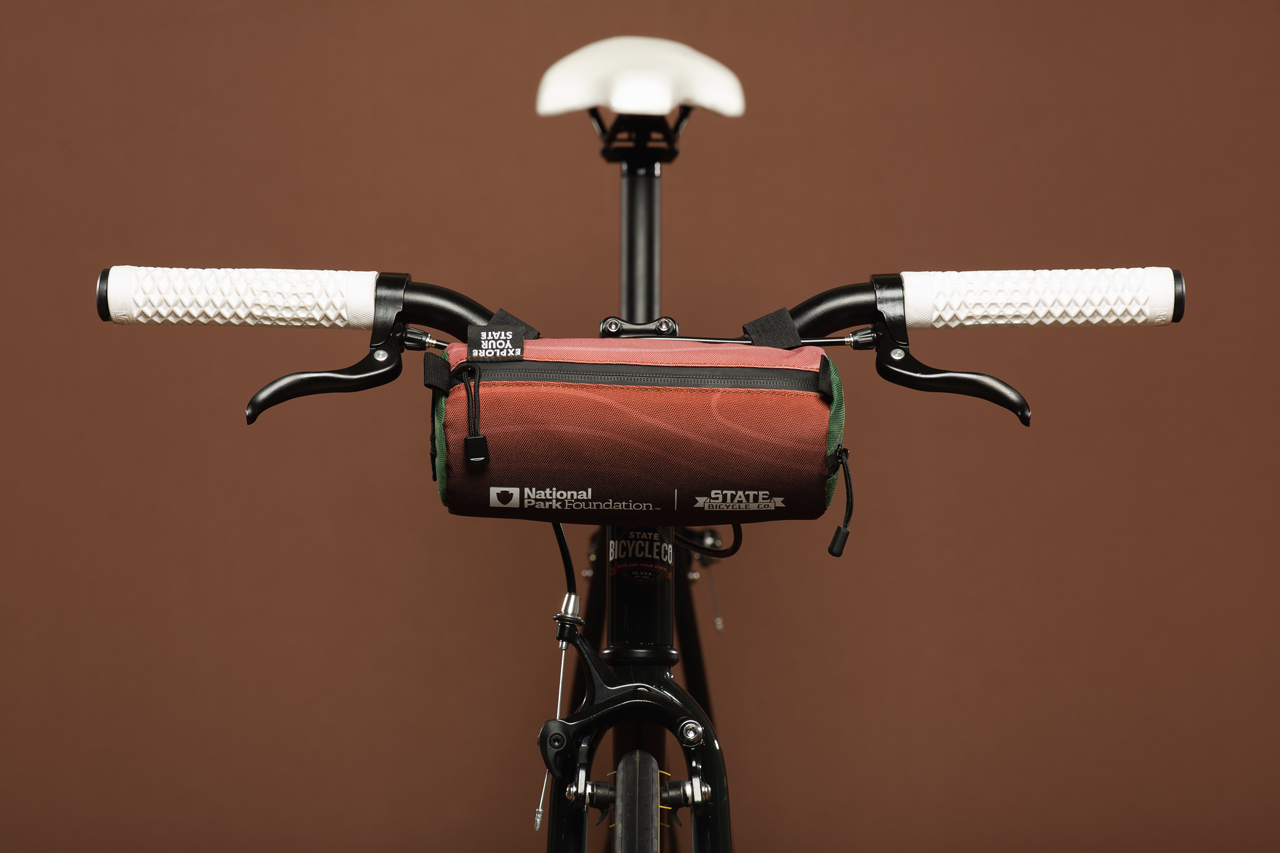 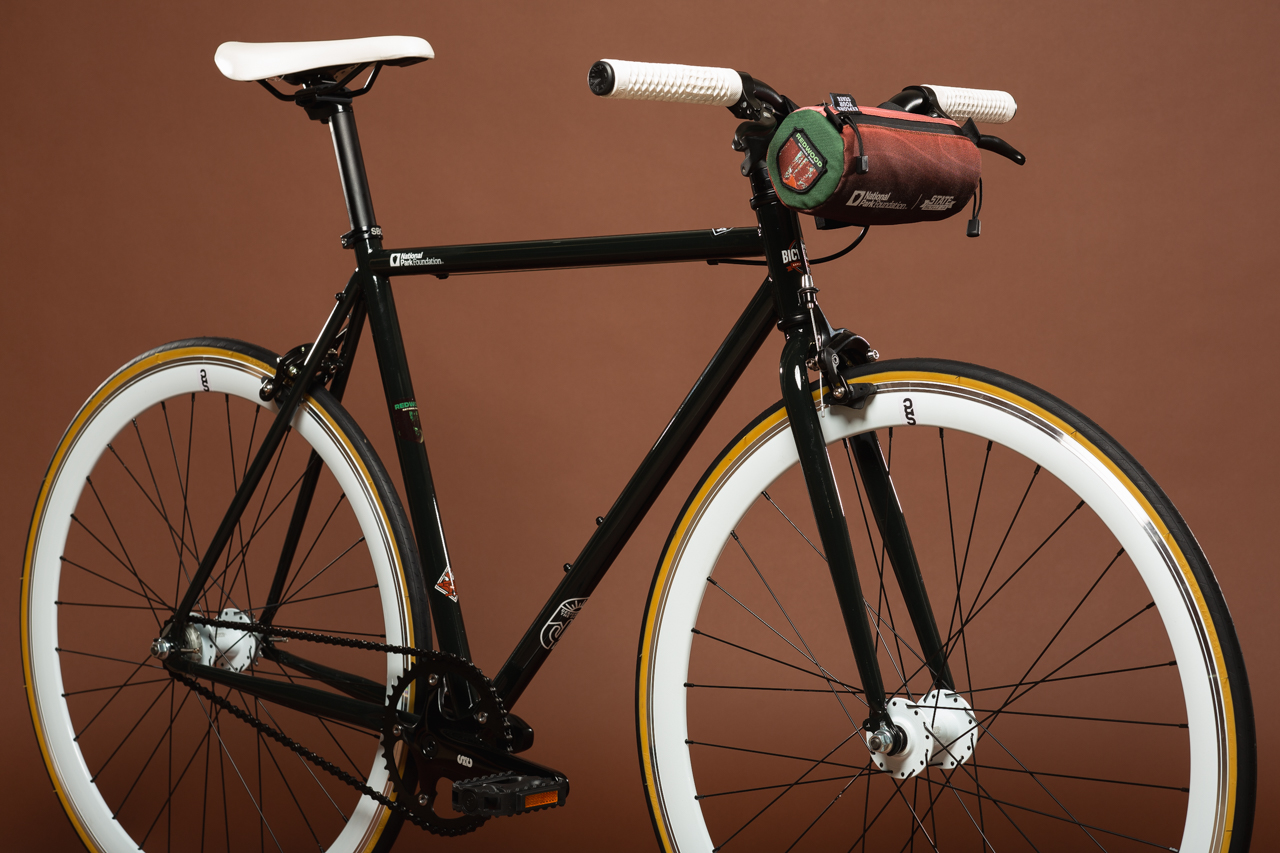 For some extra National Park style, you can add a National Parks handlebar bag for $39.99. State’s sales portal also allows you to add additional accessories like water bottle cages, pedals, foot straps, locks, lights, and even a flat tire bundle so it will show up ready to ride. 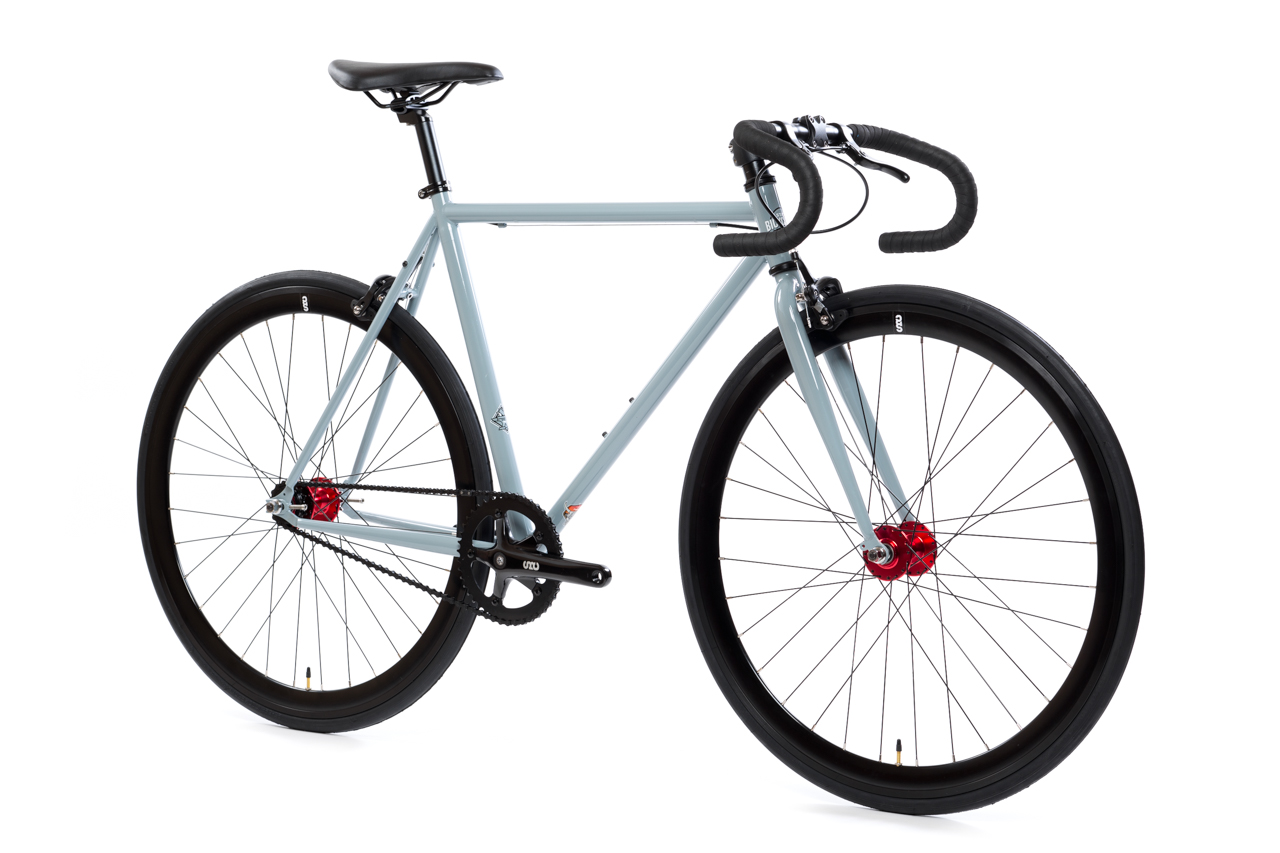 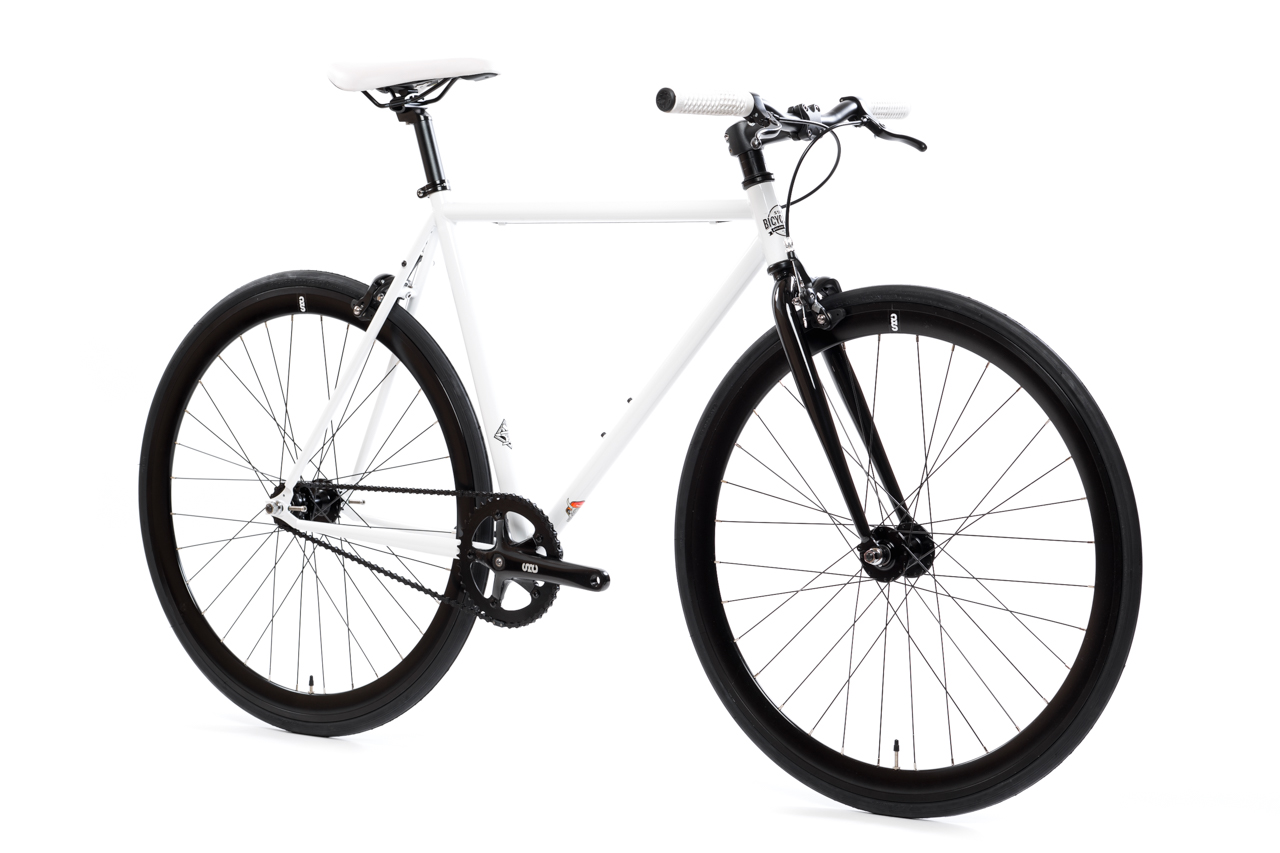 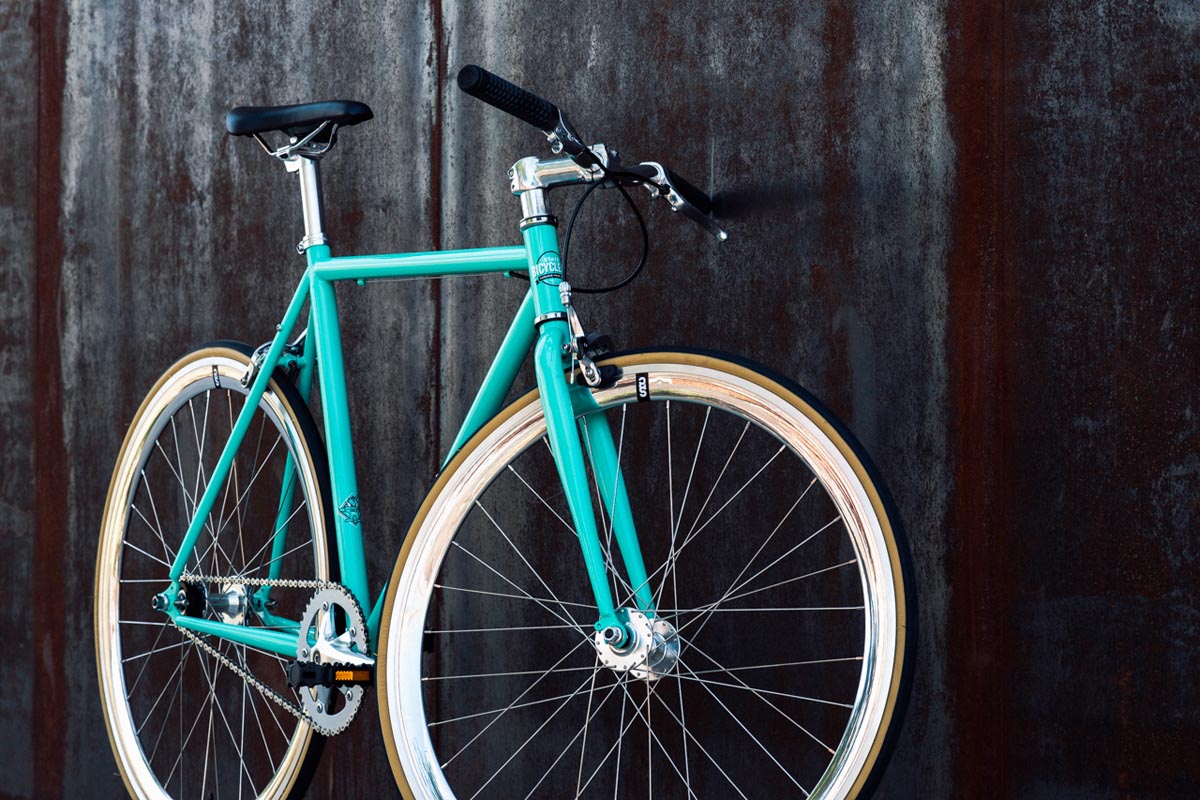 Additional CORE line colors include Ghoul, Pigeon, Wulf, Delfin, and Rigby. Most are available now, and ship in the U.S. for a flat rate of $45-55 for complete bicycles. Shipping is also available to other countries with pricing depending on the destination.

The pictures are not set with the right captions/information. 6061 bikes 4130 are switched.

This is one of those cases where if you want that groupset, it’s cheaper to buy a whole bike than to buy the parts. Not sure how they’re selling this thing for $2000, but if I didn’t basically already have that 4130 all road in the shape of a Breezer Dopper Pro, I’d be entering my CC info right now.

Who else sees the XPLR brand name and thinks Exploder right away?