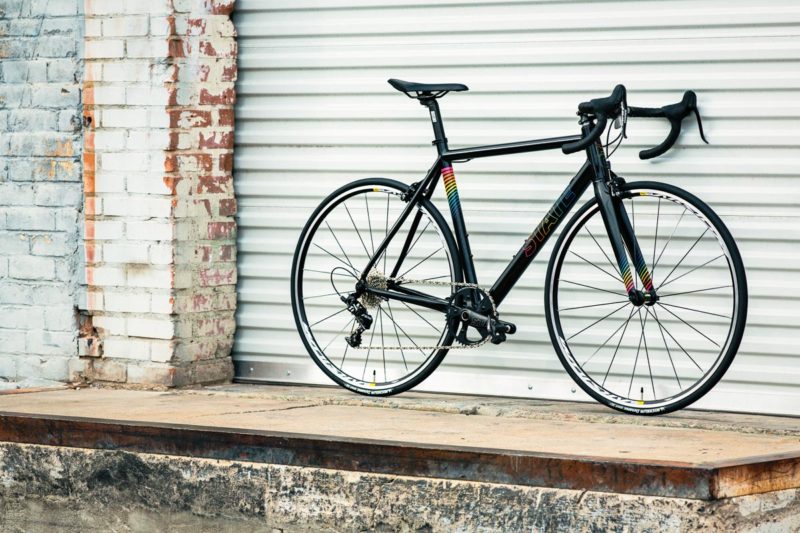 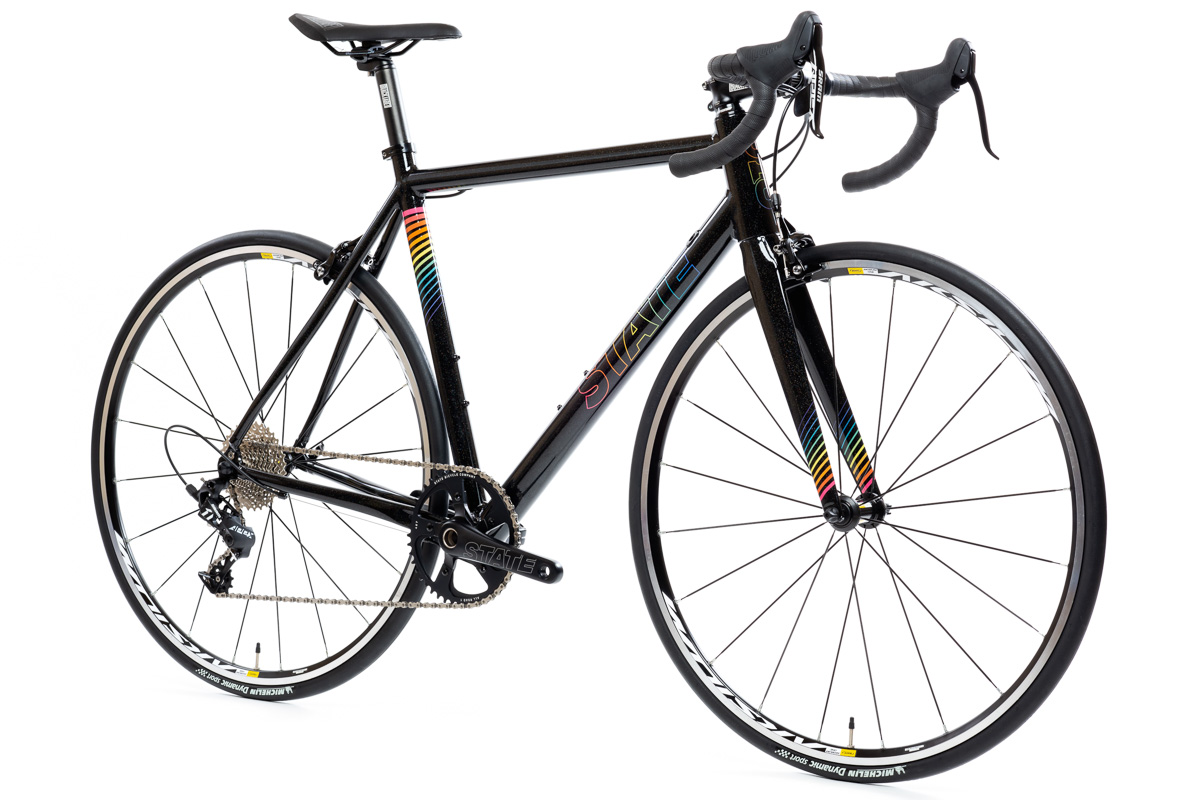 Although State Bicycle Co. is better known for their fixed gear and commuter bikes, they started to dip their toes into geared bikes last year. However, the offering was aimed as a budget or retro-styled steel bike, and not truly intended for racing or performance riding. The new Undefeated Road opts for a lighter aluminum frame, full carbon fork, and much more modernized build overall.

The frame is made of 7005 double-butted aluminum, with oversize tubes (including a tapered head tube). The frameset is quoted at 4 lb, 10 oz (55cm size), including fork and headset. Maximum tire clearance is listed at 28mm. 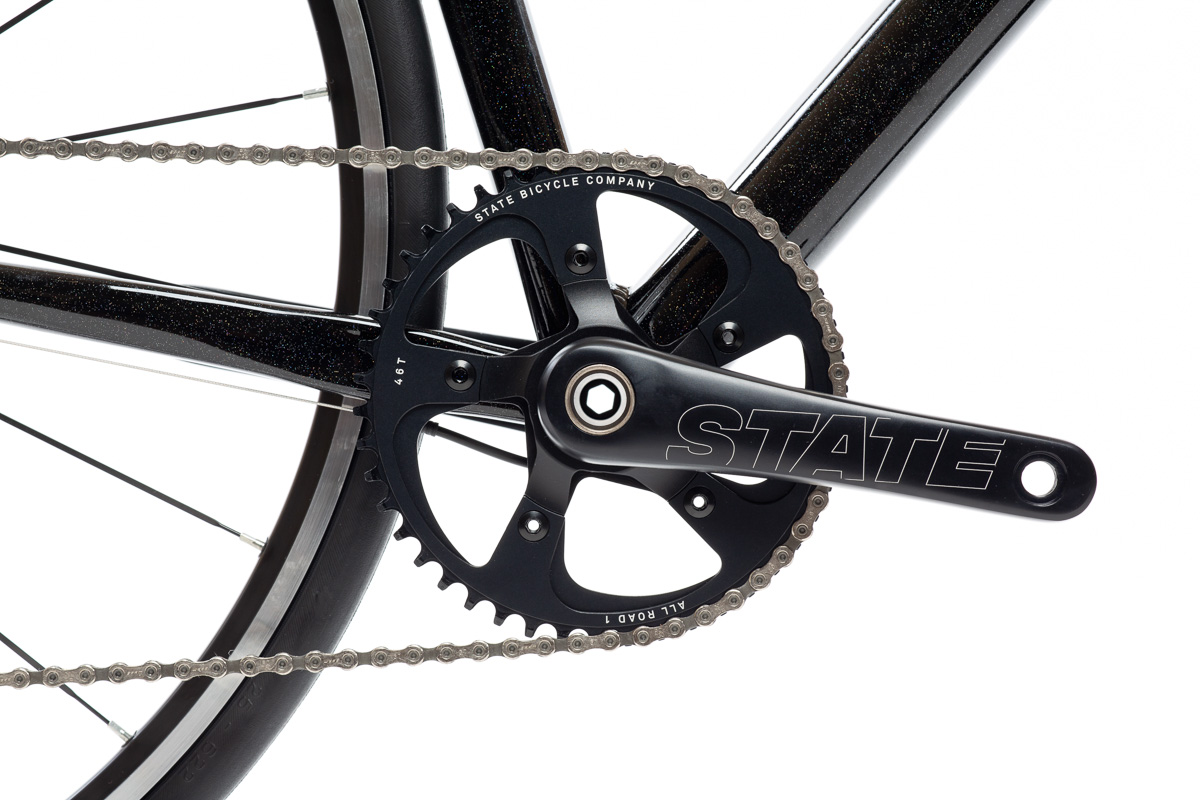 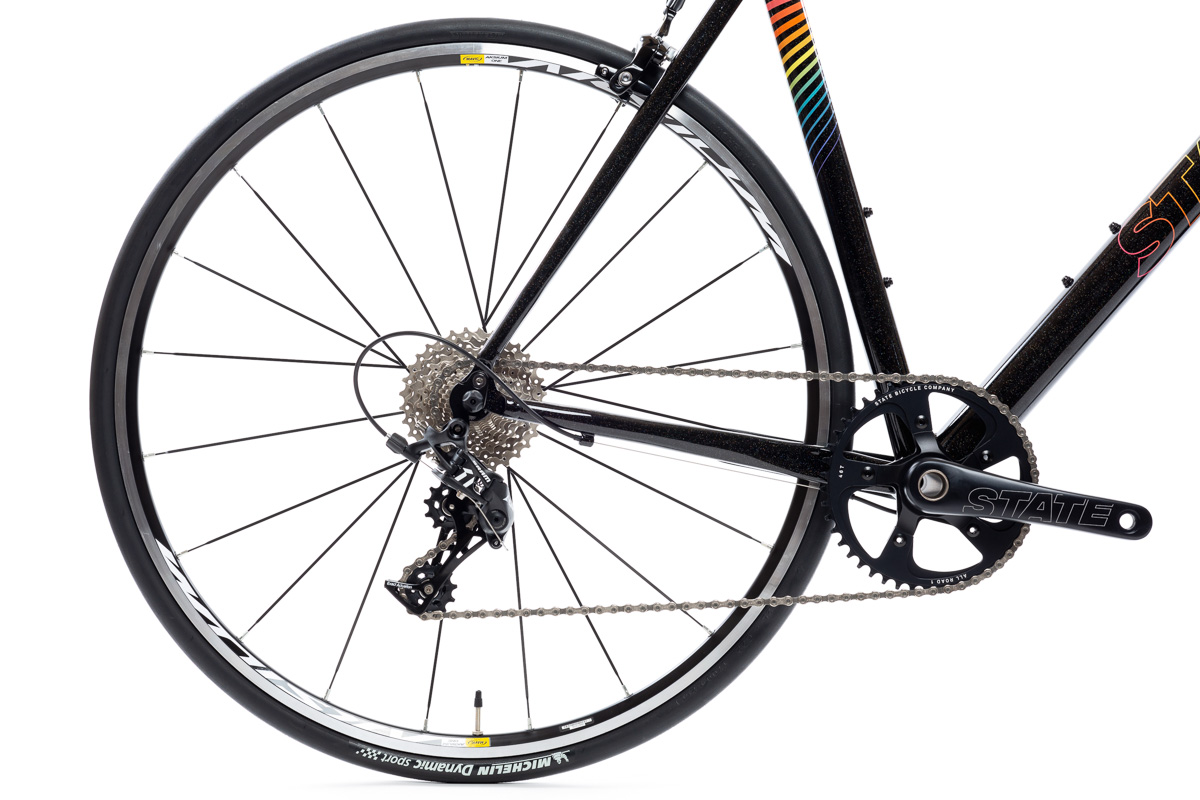 The Apex 1 build ($1,299, 18lb, 8 oz) opts for simplified 1x gearing for beginners, at the expense of tighter race-oriented gear ratios. Top-end speed will be somewhat limited, with a 46×11 top gear. 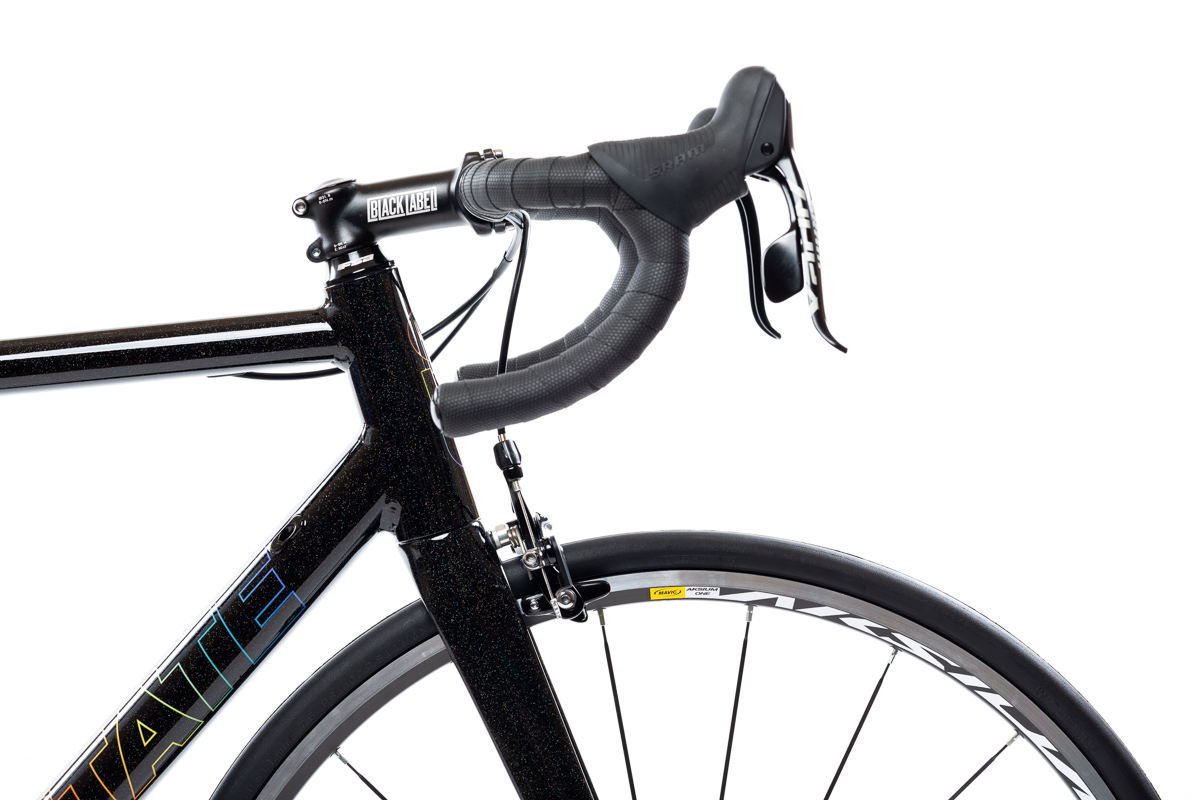 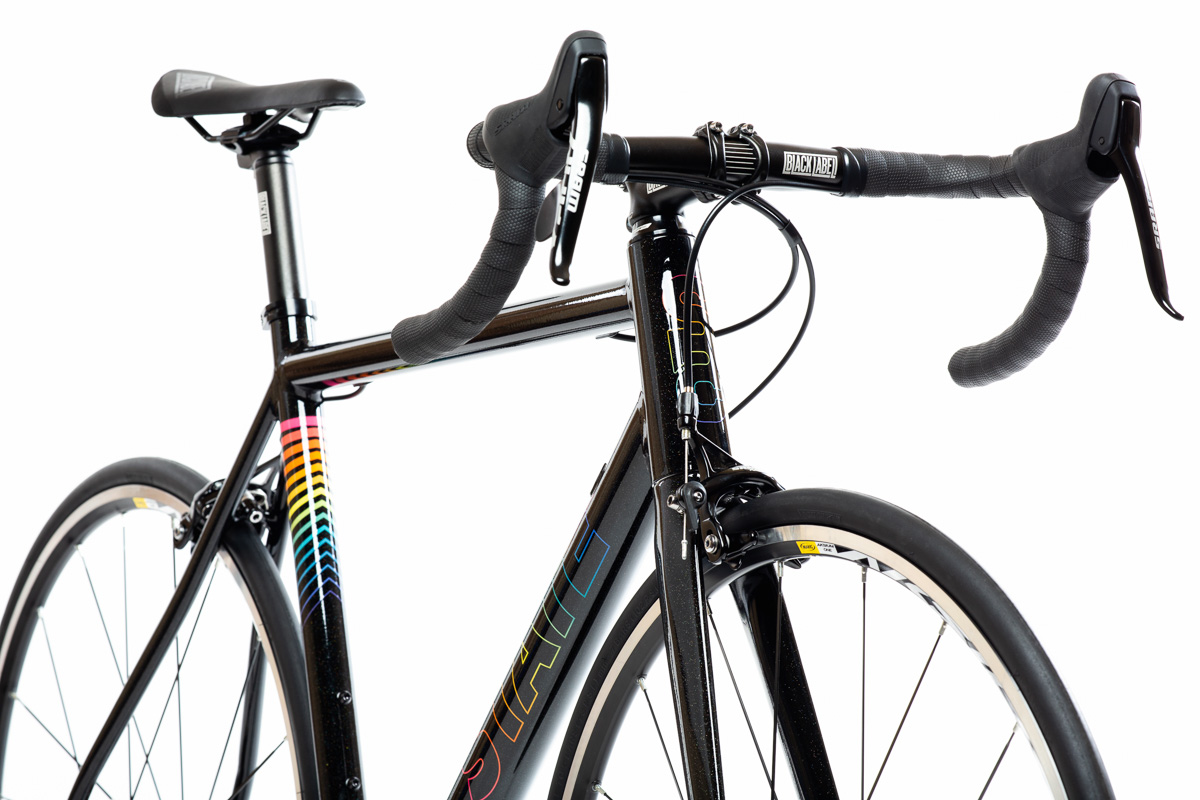 The bike opts for rim brakes to keep cost and maintenance down. We expect braking performance to be more than acceptable, as the wheel spec (Mavic) is known for great braking surfaces. 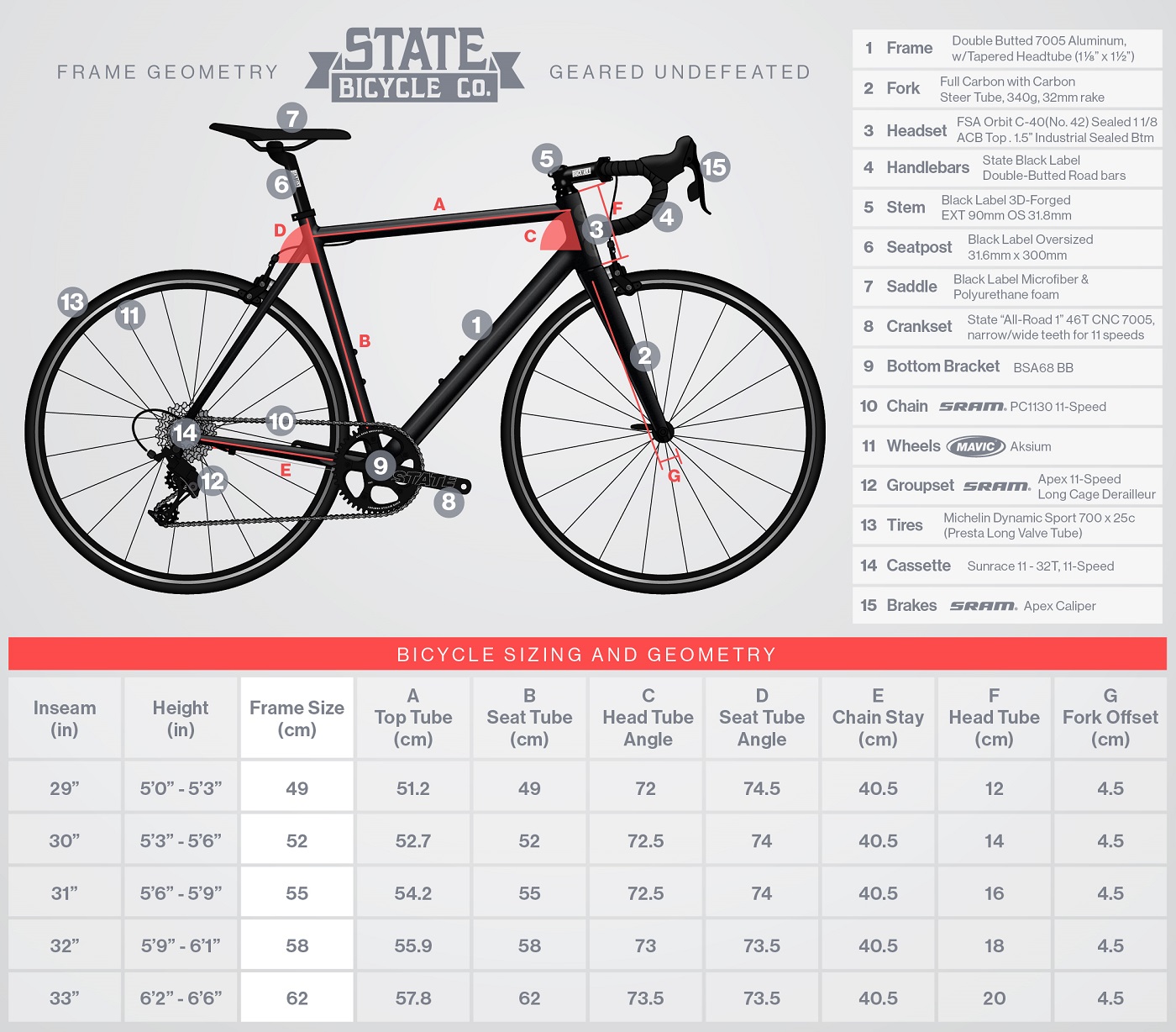 Full build specs and geometry are available in the chart above. 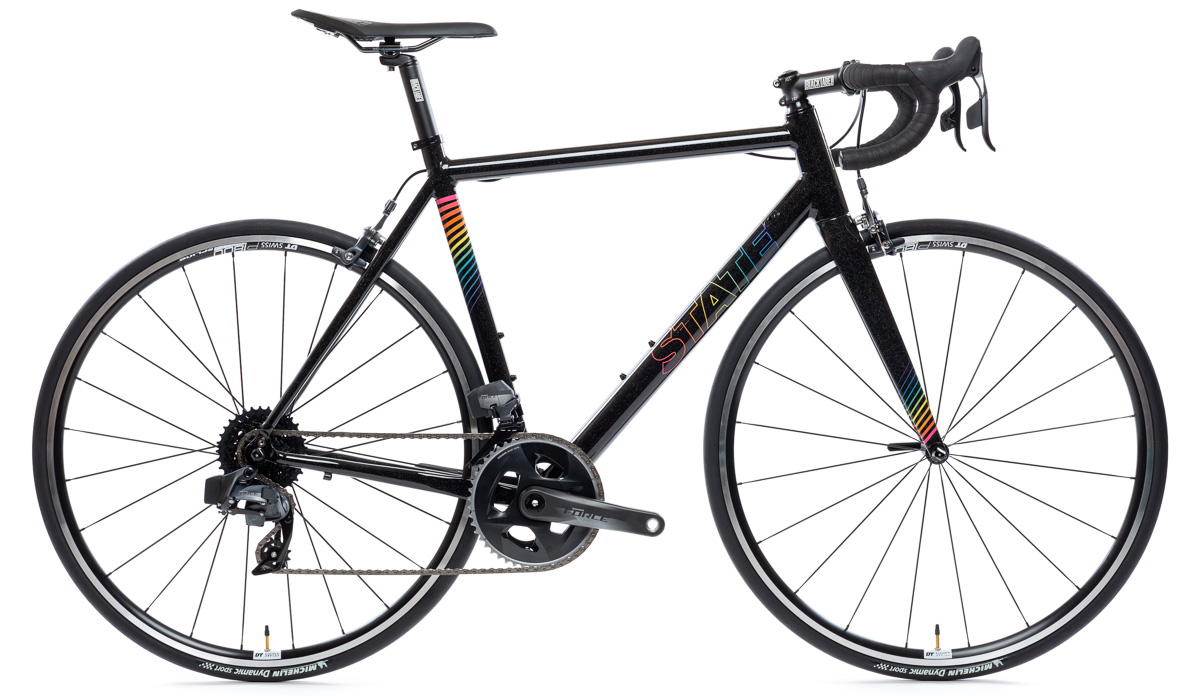 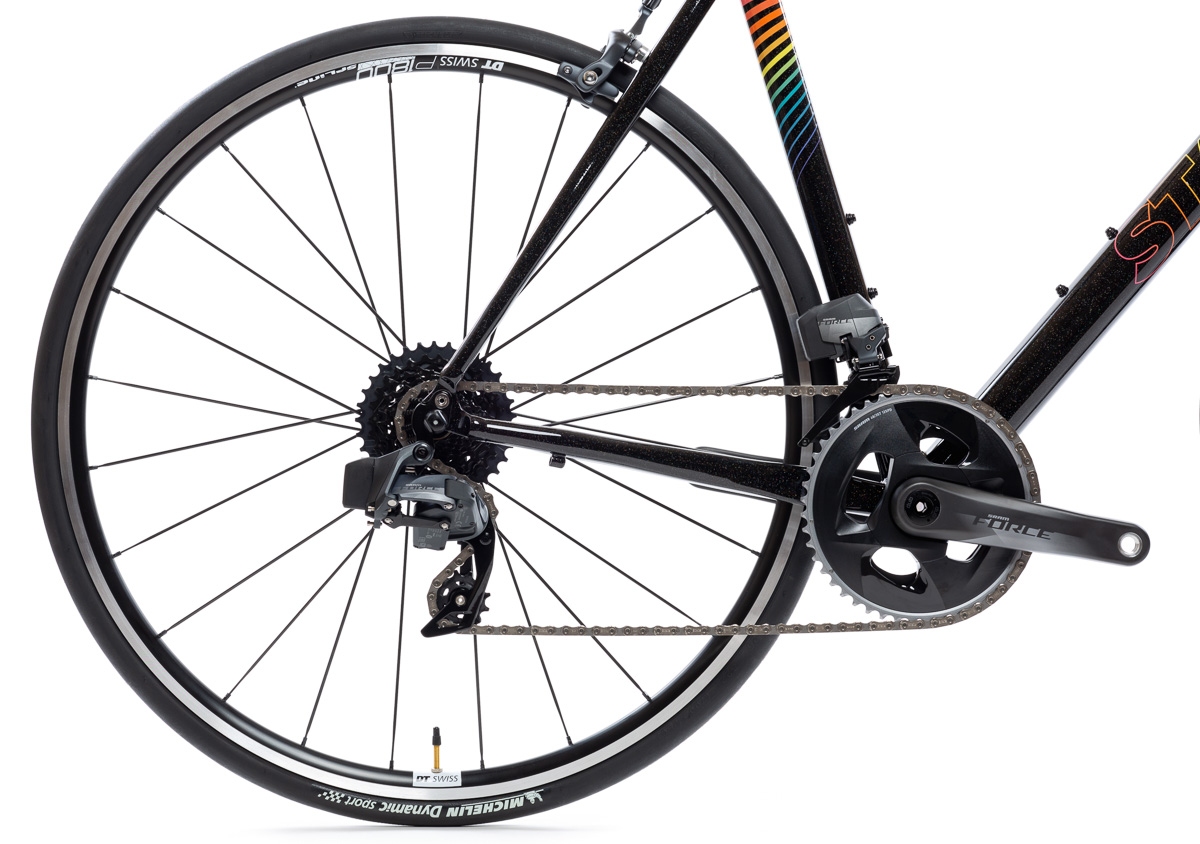 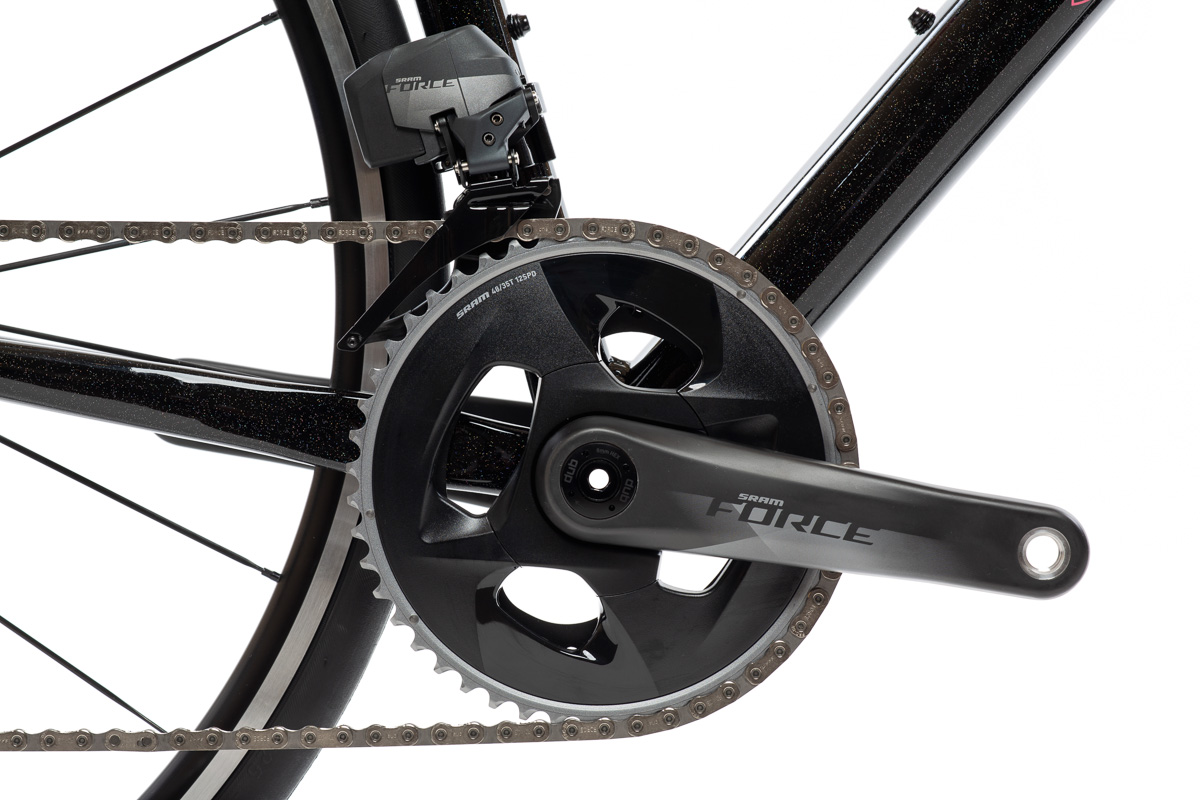 A 12-speed, 10-33 cassette comes standard, but you can choose between a single 46t chainring (without a front derailleur), or 48/35t double. 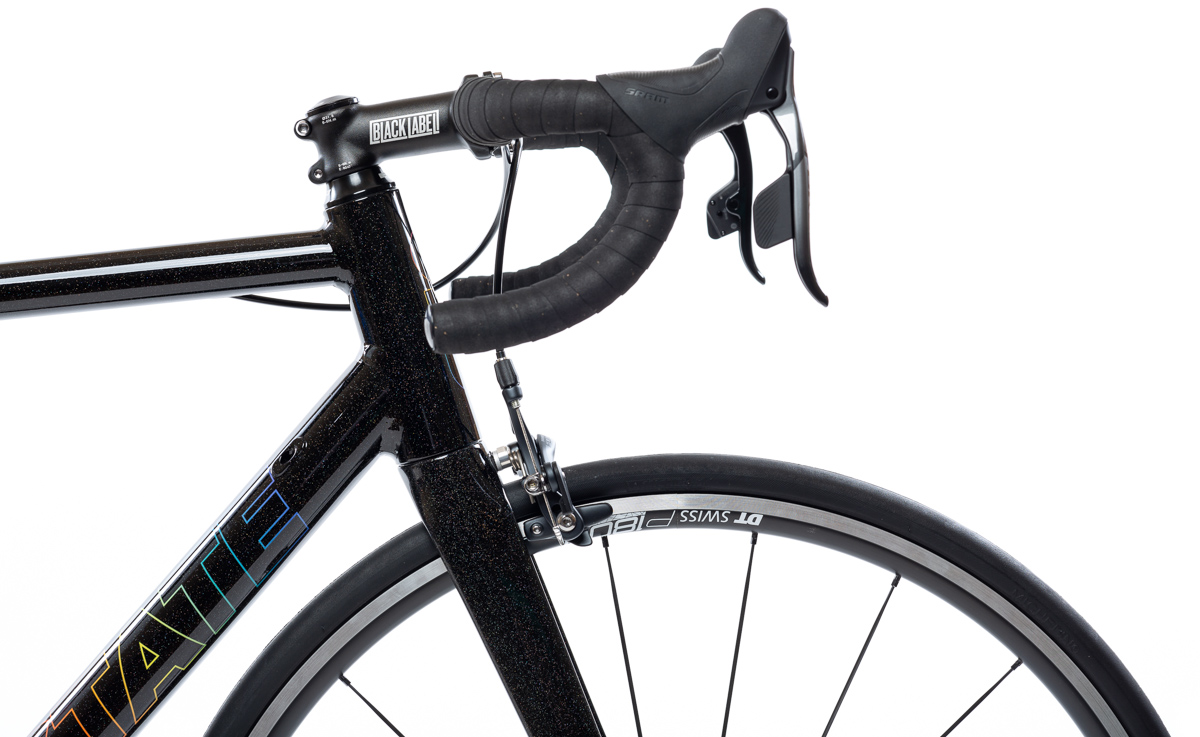 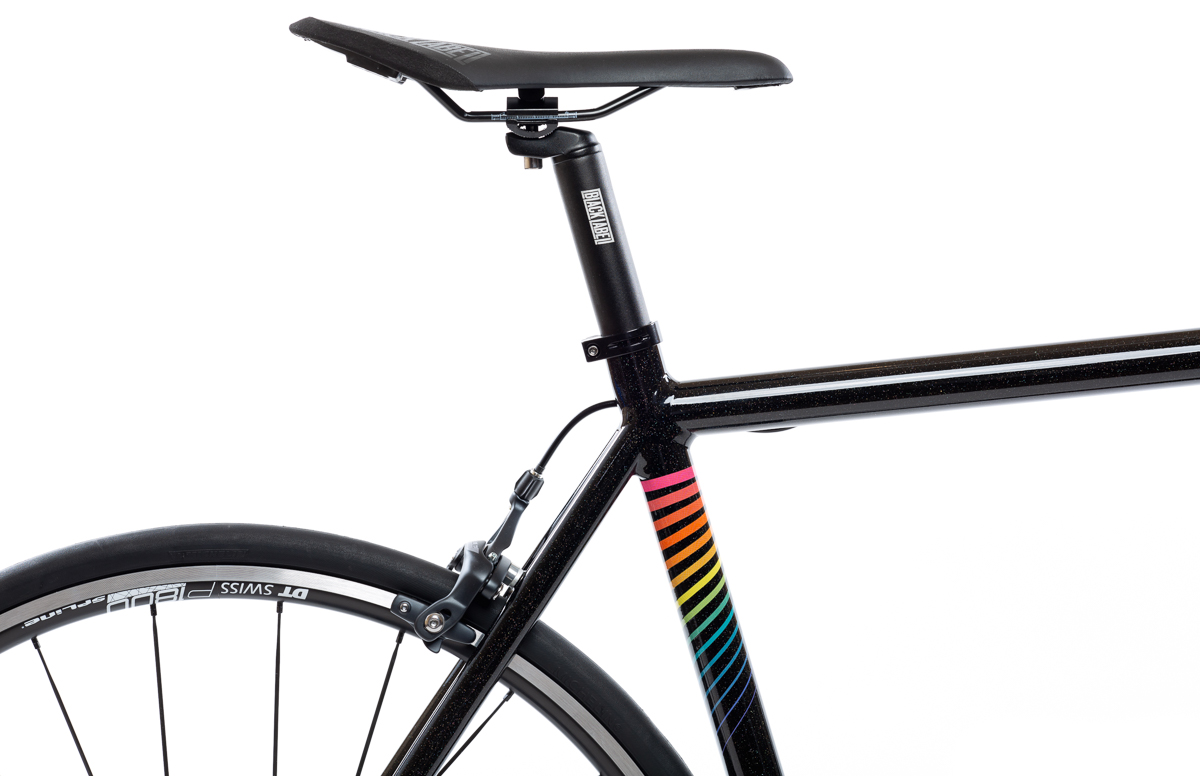 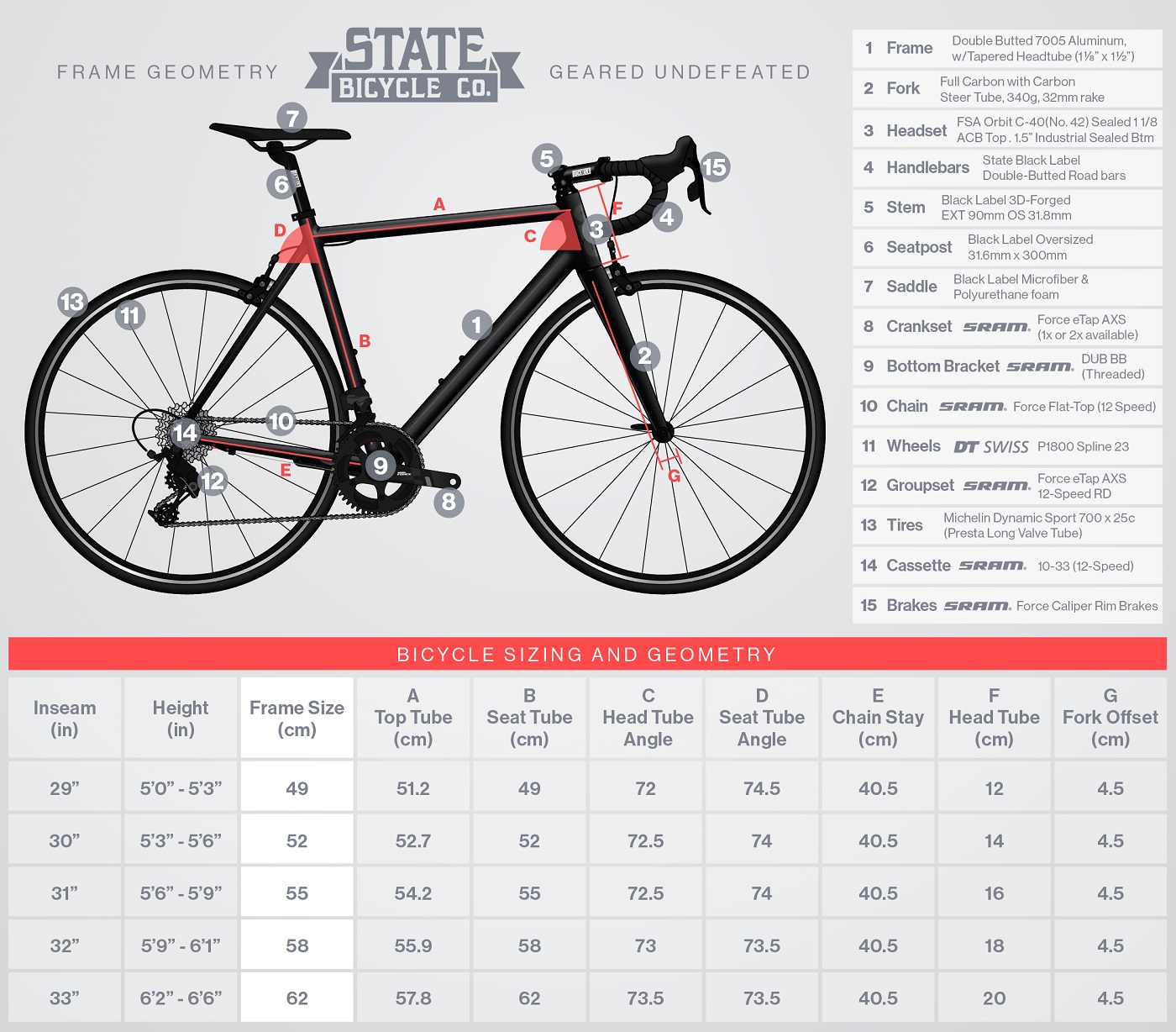 The Undefeated Road is available immediately, and includes a five-year frame and fork warranty for the original owner. A frameset option is also available for $649.

One would hope so.

A bike with Force AXS for under $3k – pretty cool!

BikesDirect already has a carbon fiber and a titanium bike with SRAM Force AXS for under $3K. That being said, I don’t recommend SRAM AXS.

Other than the novelty of a sub-$3000 AXS bike (which others have stated, was already done with better specs and disc-brakes by BikesDirect), a caliper brake aluminum framed road bike has me asking “who is this for?” Seems like you could go into any bike shop or go online, and find a sale bike with a known name that matches these specs without trouble.