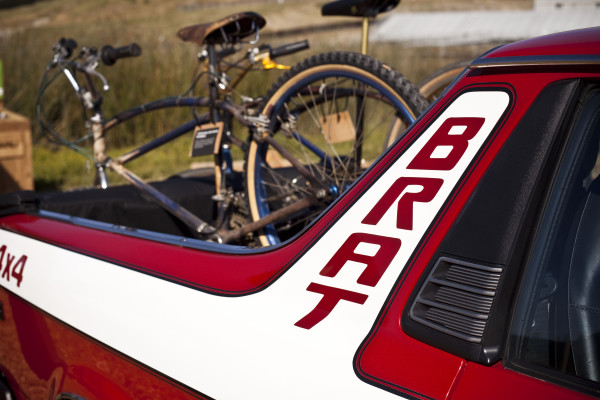 We often joke that if you’re trying to find a bike event just follow the Subarus and Elements. Judging by the number of people stopping by the Subaru display at Sea Otter for their free coffee for Subaru owners, there were quite a few in attendance. As the title sponsor of the 25th Anniversary Celebration for the Sea Otter Classic, Subaru brought out the history books to display not only some noteworthy vehicles, but an awesome display of two wheeled machinery. In addition to a walk down memory lane Subaru was giving each show goer who stopped by a $1 token that they could choose to donate to the National Park Foundation, Leave No Trace, or International Mountain Bicycling Association.

Sea Otter has come and gone, but if you’re a car buff or a bike buff, you’ll want to see the collection after the break… 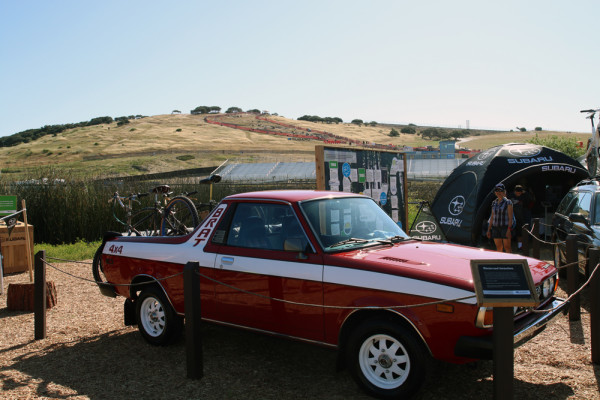 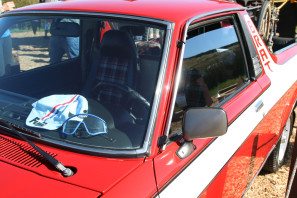 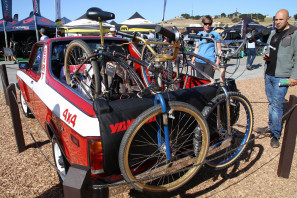 Starting with the 1978 Subaru Brat, the displays included period correct bicycles with a pair of Klunkers from the 70’s in the trunk. There were even Oakley Eyeshades sitting on the dash. 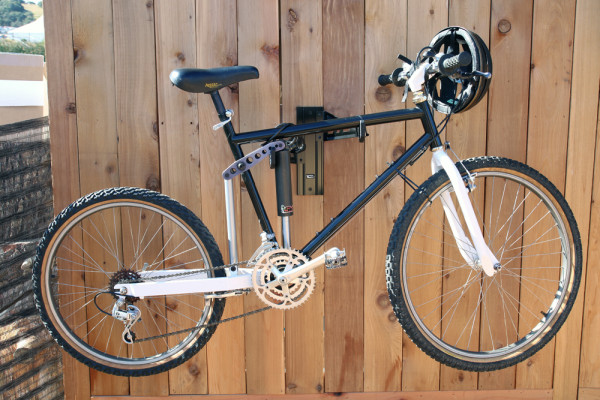 Following along in chronological order, this 1982 Skinner Descender is a fascinating bike in that it used rear suspension before front suspension really existed. With around 26 of these made in Los Angeles, these are a very rare bird indeed. 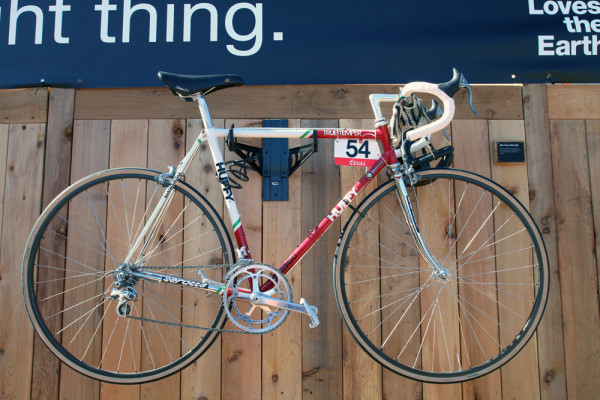 It may say Huffy on the downtube, but this bike was made by Serotta for Team USA in 1984. As a spare bike, this was in awesome condition. 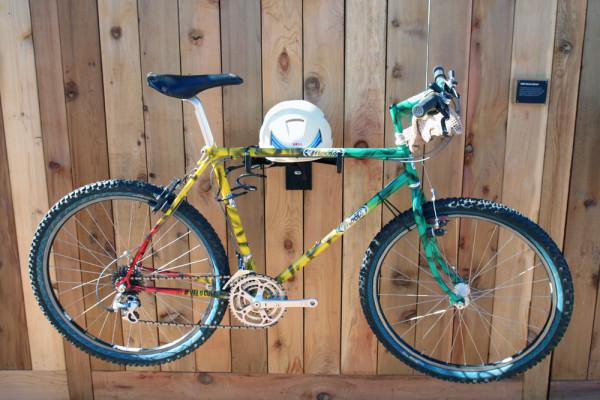 Moots is best known for their Ti, but they actually started with steel. This 1989 Moots Zerkel is a prime example of the early days. 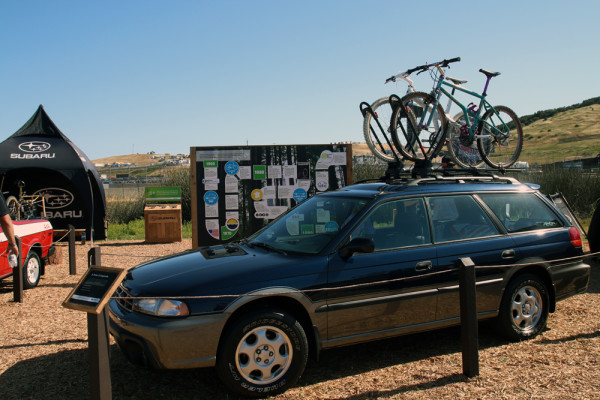 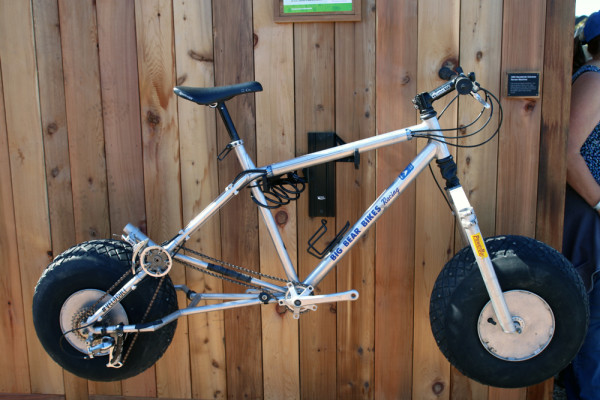 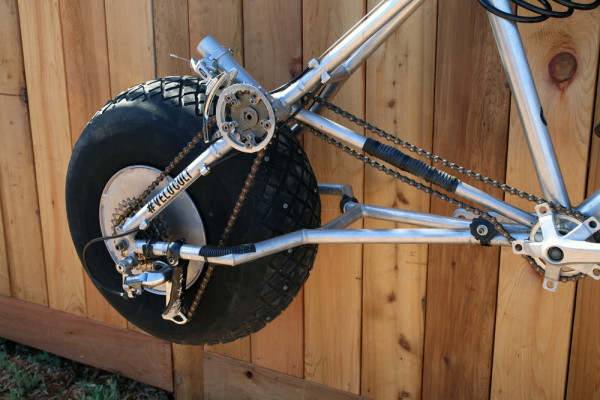 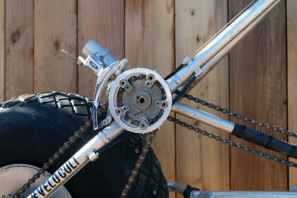 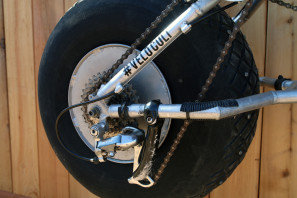 Before there were fat bikes there was this: the very first Hanebrink Extreme Machine prototype. Called the first production fat bike made, the 1993 frankenbike used 8″ tires that roll on just 2 psi. You can still find these around including one or two that have ventured to the South Pole. 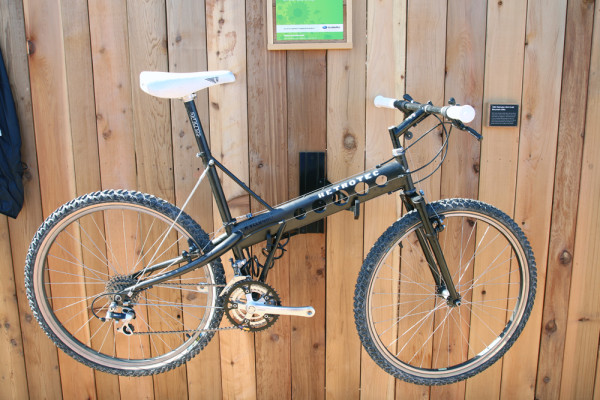 Pivotless rear suspension in 1993? That’s the story with the Retrotec Dirt Craft that Bob Seals designed using two sets of cables to support the rear fork. Skateboard bushings at the bottom bracket allowed for some flex, and the cables kept it in check. Only 50 were ever made. 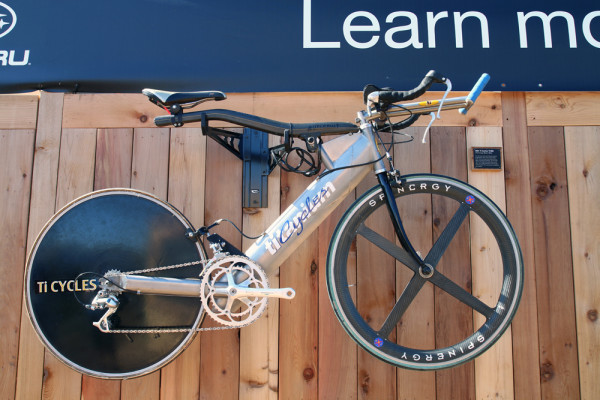 This Ti Cycles TCBB (That Crazy Beam Bike) was apparently the first bike to use a monocoque Softride beam in 1994. 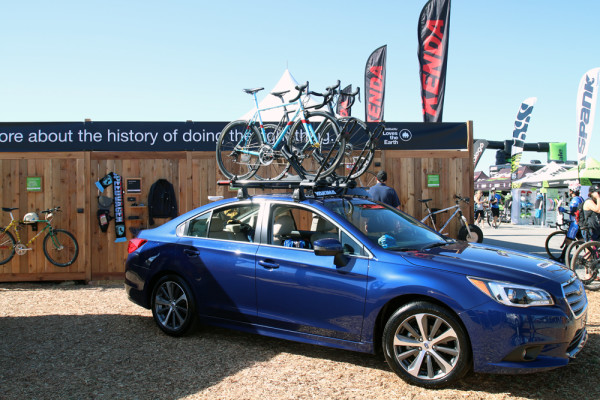 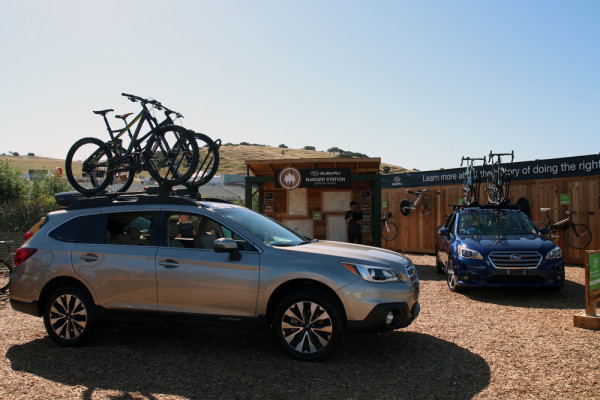 Finally, we get into modern vehicles and bikes with a 2015 Subaru Outback and Legacy sporting a Devinci Spartan, Santa Cruz Syndicate Team bike, Argonaut Carbon road bike, and a Speedvage that was built for Leave it on the Road – a series of rides organized to raise money for the fight against cancer. 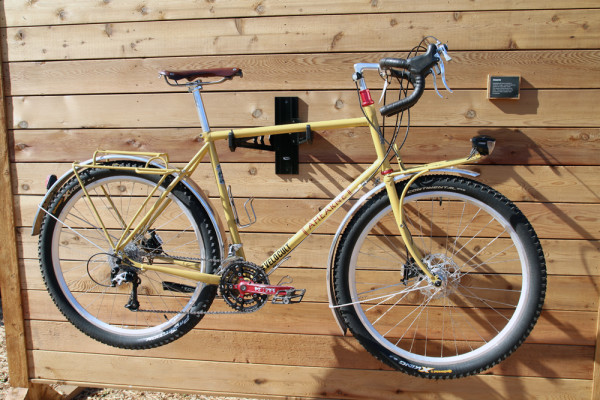 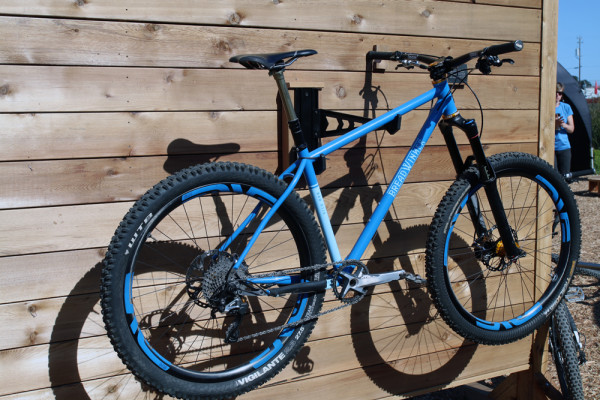 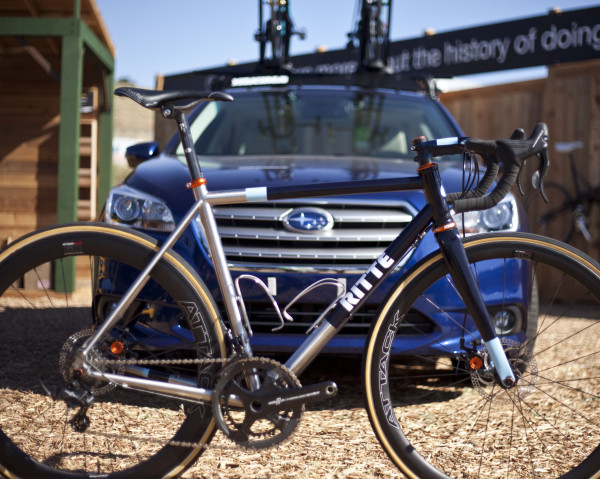 Cool indeed. Owned a 2002 Subaru Forester. Beat the heck out of it and she just kept going,but when the odometer reached 100k miles maintenance costs went out of control. Moved to Toyota and been happy ever since.

Thx BR. This is the best coverage of this awesome exhibit.

I’m a major Suby fan and it’s cool how they put this all together.

Nice to see several Portland builders represented since Subarus are part of the PDX stereotype.

Hey, buy our cars because we love bikes too!

You can see these classic bikes at Velo Cult in Portland, where they live. It’s a bike repair shop and bar, event space, t-shirt printer, dance hall, theater and whatever else they decide to become. It lives up to the name, and the number one reason to go there is the museum, which now includes displays of modern US-made parts by several manufacturers. If nothing else, it’s a decent state of the industry today, which is mostly limited to high-end CNC rolling parts and little else. It’s inspiration to see holes in the domestic offering which we could do better filling.

@JBikes, I’d like to point out that Subaru has done a lot for mountain biking with their long sponsorship of the Subaru/IMBA Trail Crew. Plus, I’m not sure how you can really be offended by this.

@jbikes you are very disconnected. Firstly Subaru has done a lot for cycling not just mountain bike. Secondly I’m sure you wouldn’t say the same thing about your sponsors. Pst… So they can sell Ya something. Think again.

The past was whack

@ilBruce: As someone who shares the road with auto traffic every day, I’d rather see s***** diesel exhaust engines (German or otherwise) go the way of the dodo bird.

Where are the jump seats in the back of the BRAT?

That skinner descender was not released until 1984.

The Brat, or Brumby in other countries, was a great car. Maybe not great, but definately quirky. Too bad they had rust issues, not many around in humid climates. A lot of Subaru were different. Cars today, even Subaru, are all moving toward looking like cookie-cutter Toyotas. Appealing to the masses while alienating the the core fanbase. And why was the Crosstrek not present?

Where is the Subaru Baja!!!

I can’t believe that they neglected it 🙁

Look up “chicken tax” if you want two hours of your life to DISAPPEAR. It’s why the Brat had seats in the bed.

The Huffy was built by Serotta for 7-Eleven.

I had a 2-door 1990 4-runner, avoided chicken tax, just to get labelled a gas-guzzler for only having 2 doors, gone by 1992. Actually slightly more fuel effecient than the 4-door truck, go figure.