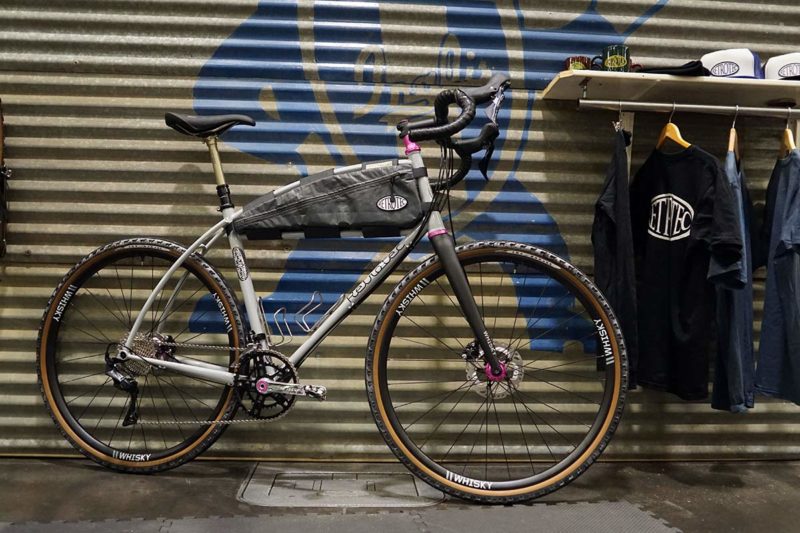 Retrotec Cycles is one half of builder Curtis Inglis’ efforts, the other being Inglis Cycles. It’s aesthetics that differentiates them, with the Retrotec bikes getting the beach cruiser look. Don’t let the curved, twin top tube designs fool you, they’re full modern, and several of Curtis’ new builds proved that at NAHBS this year. But first… 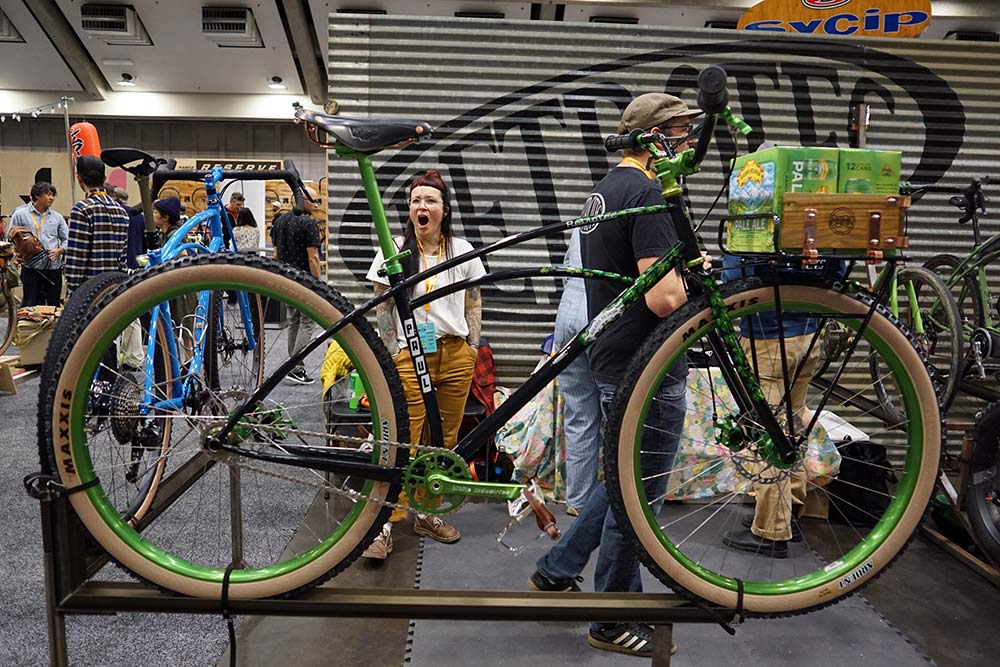 This custom cruiser for Sierra Nevada would be a great way to deliver beer, even if it’s only to your own picnic. It’s using the limited edition green Paul Component parts wherever possible, with a custom front basket perfectly sized for a couple cases. 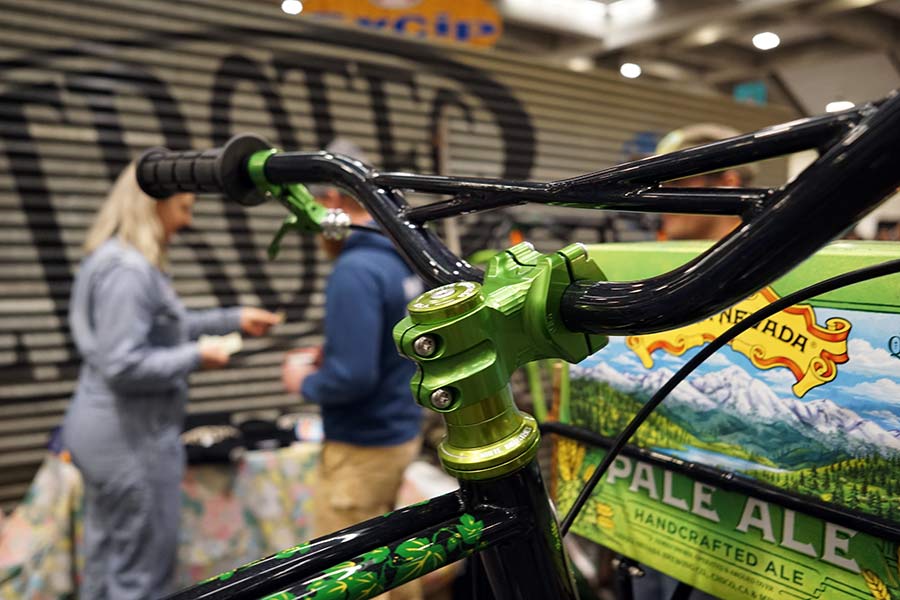 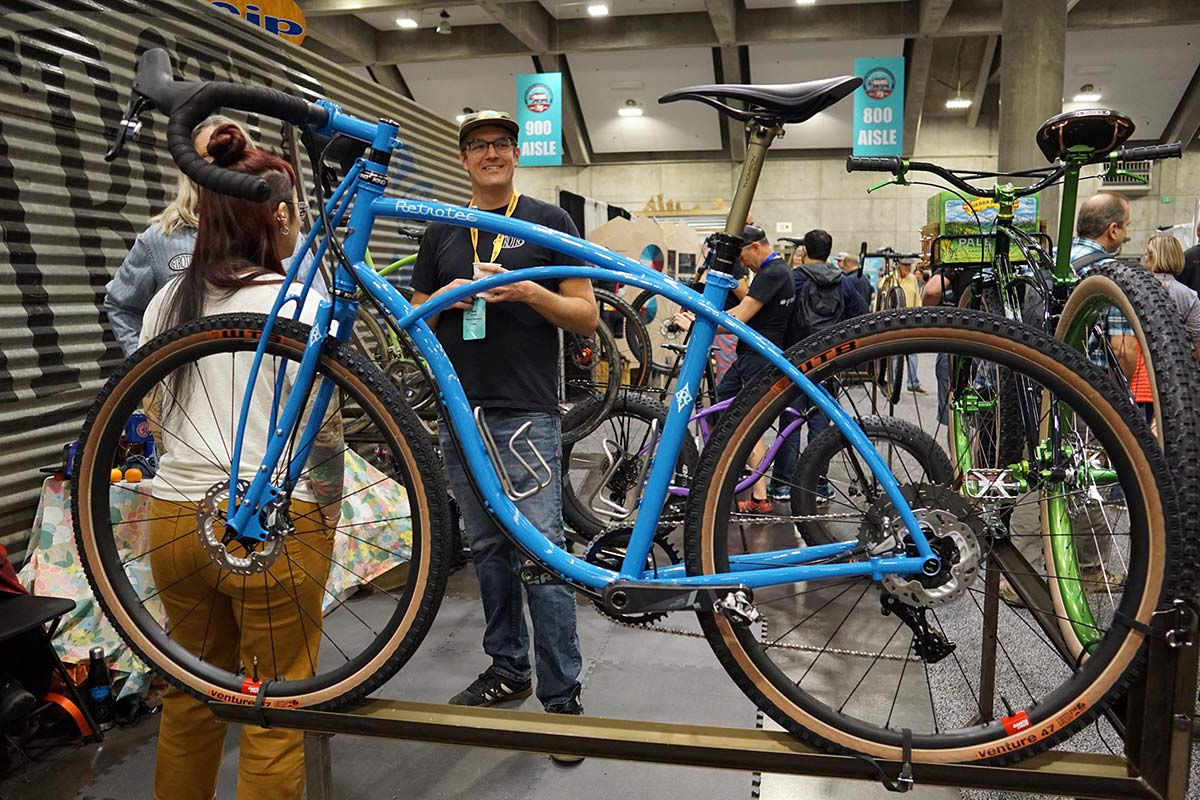 …paired with fatter 650B tires and a dropper post, it’s one of those show bikes we wished we could have taken home with us. 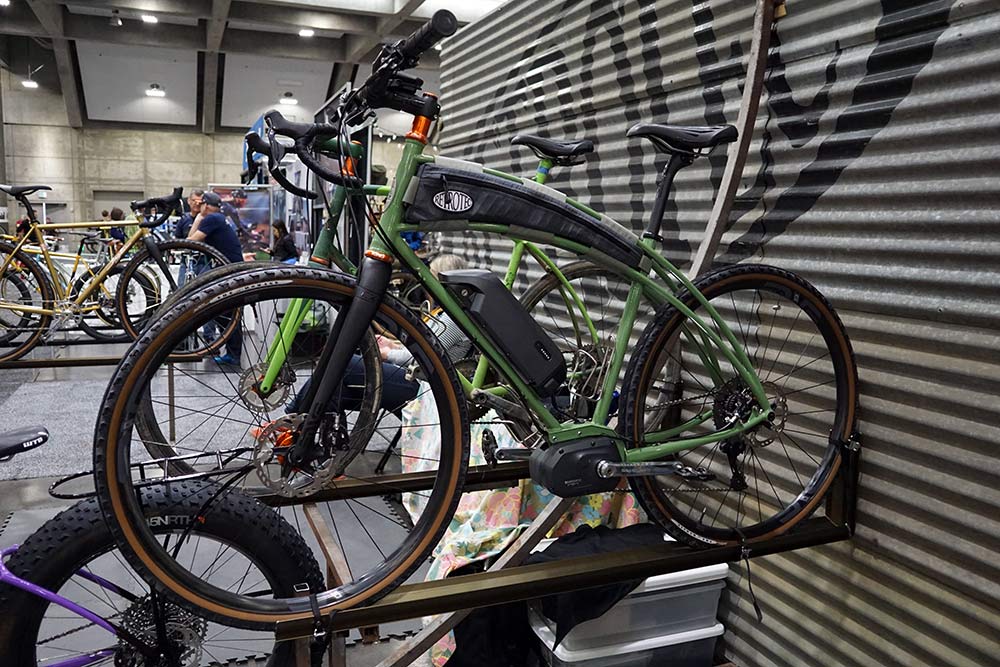 Their first e-bike takes advantage of a motor-friendly BB structure from Paragon Machine Works, and with the twin tubes and frame bag drawing the eye upwards, it’s not immediately obvious it’s an e-bike. Even the battery kinda fits in visually. 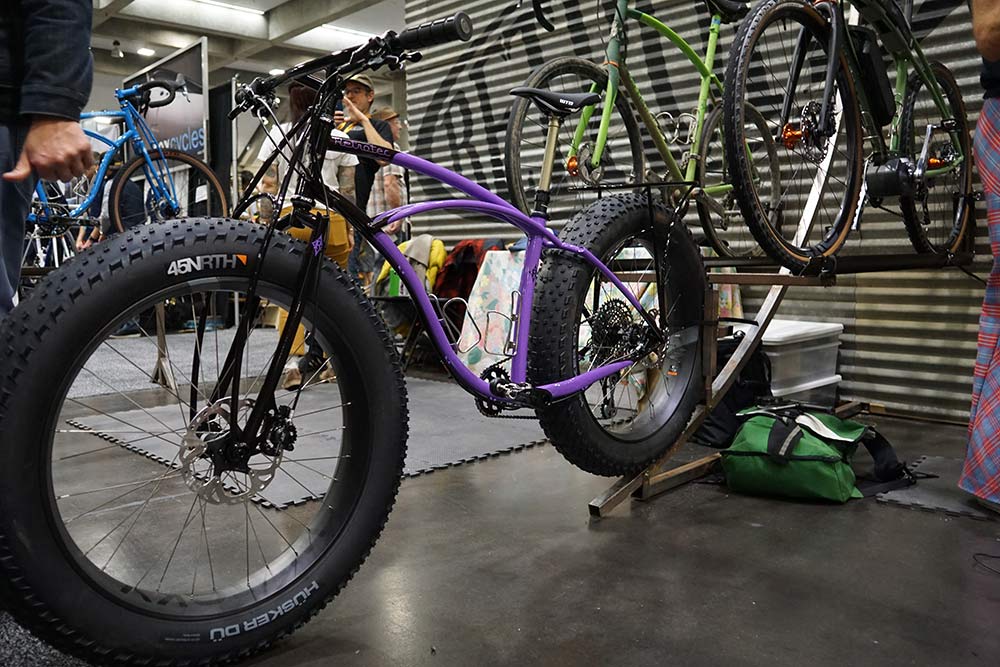 Last up was this fat bike, which was just cool looking. Check out more at InglisCycles.com. 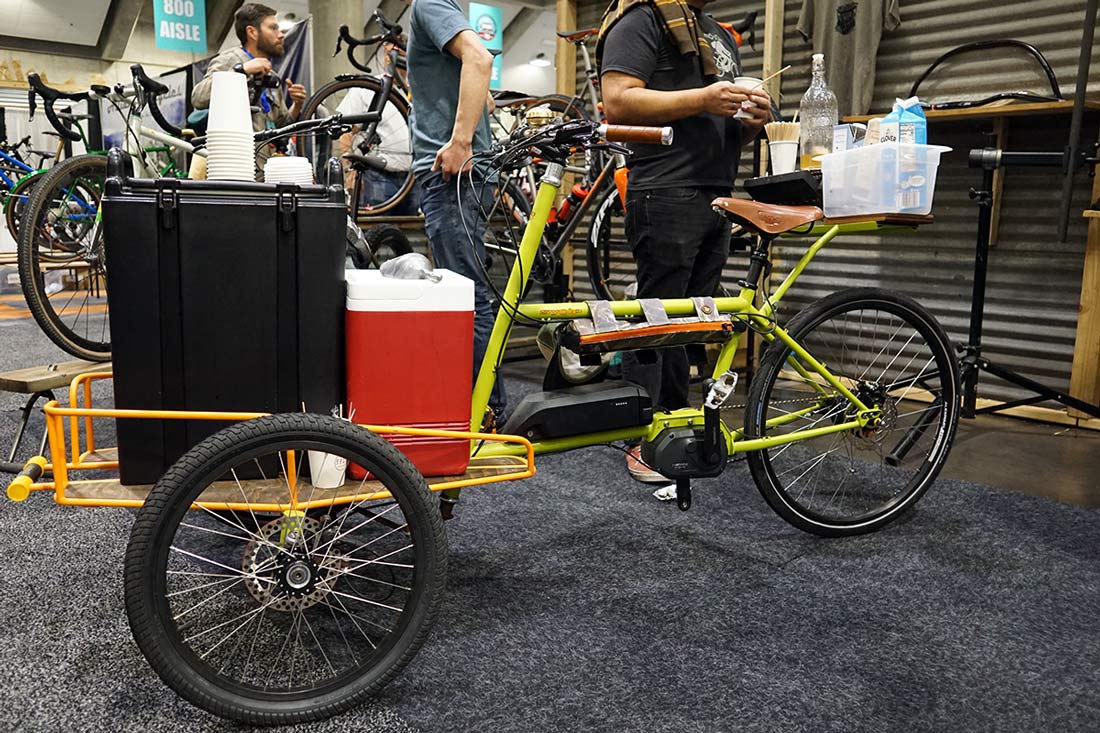 Sycip built this front-loading trike to bring the food to join the Sierra Nevada from above. However, for the show, it was pouring ice brewed coffee from the big cooler box up front. In the back, though, was what made it special… 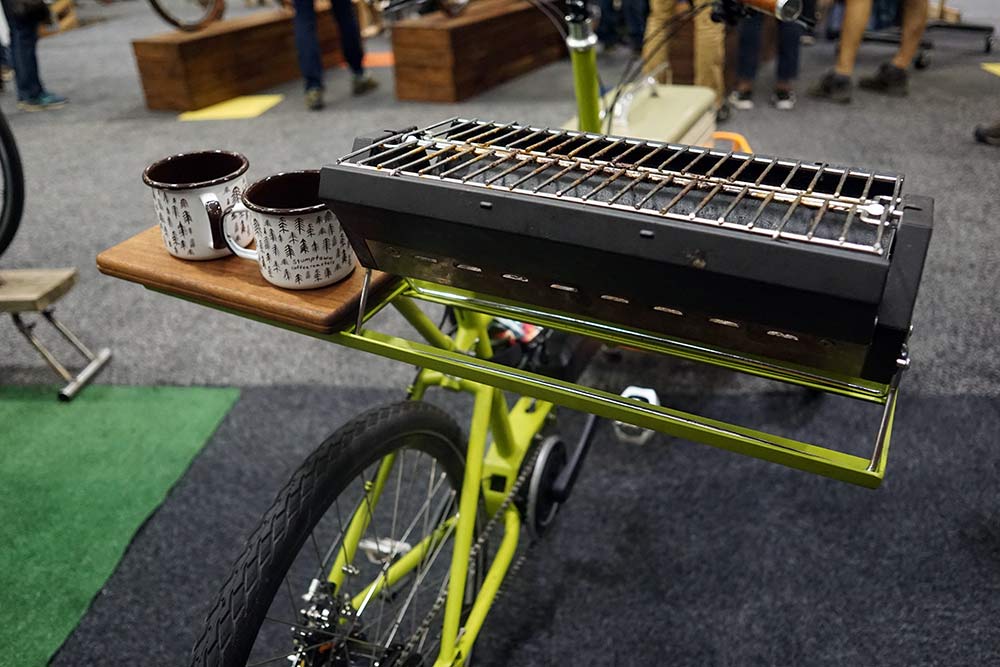 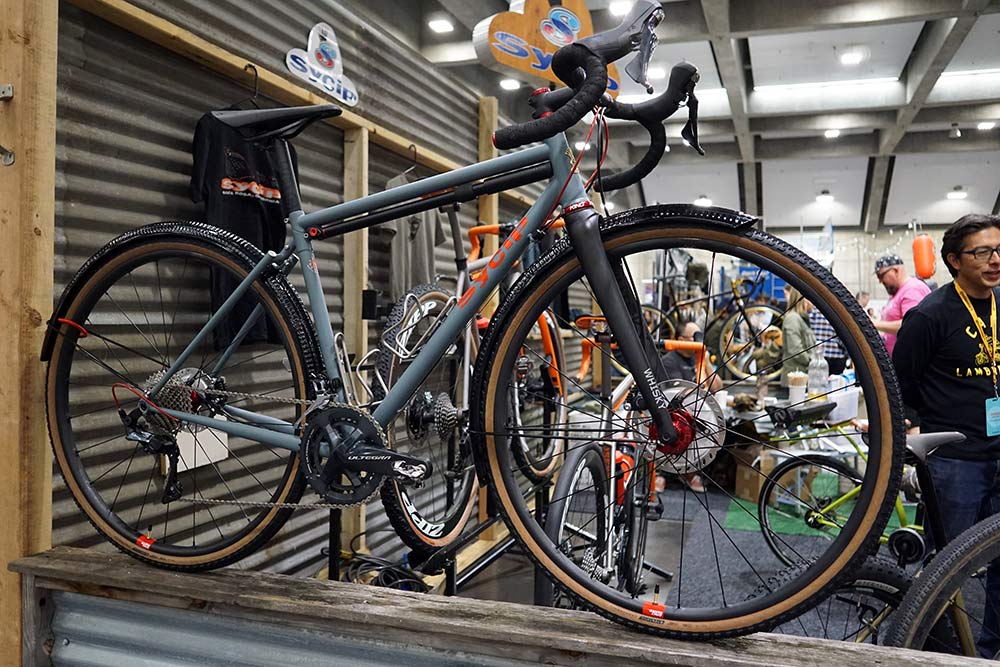 He also had this travel gravel bike, using a folding frame to help you tackle all roads in all the places. 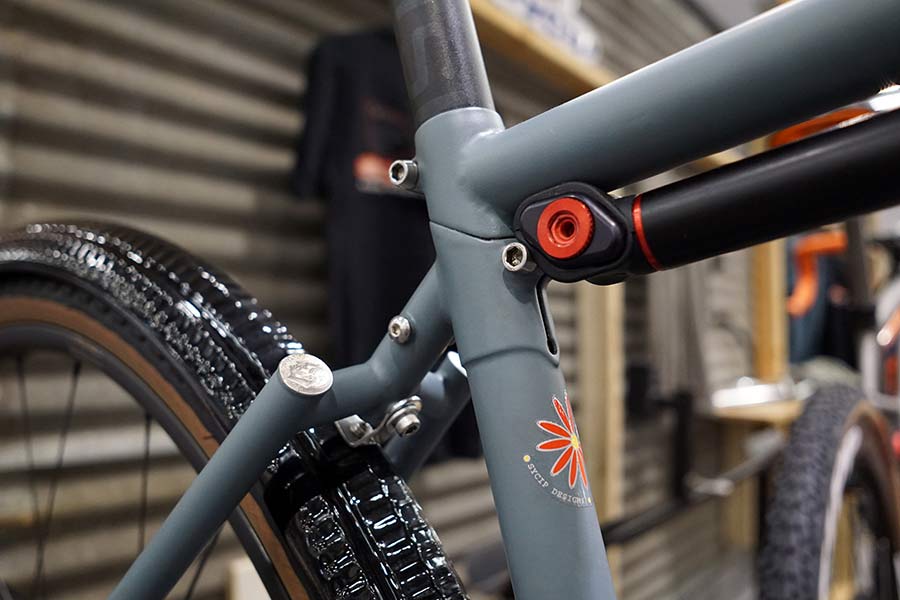 Many builders use S&S style twist-to-lock couplers, but this one used Ritchey-style swing links on the seat tube to fold the bike in half. The coins on the tops of the seatstays are a signature Sycip features, but he actually had several bikes on display without them this year.. Check out more at Sycip.com.