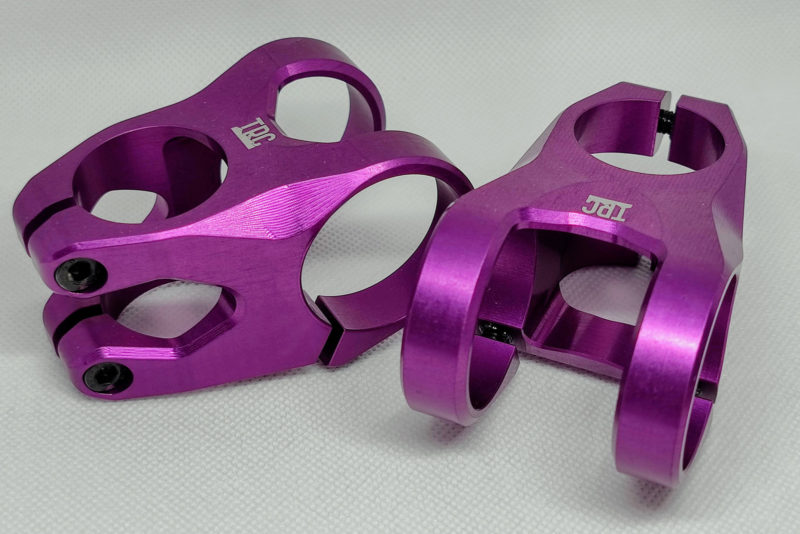 Three Rock Components, a start-up bicycle components brand based in Ireland, has released its debut product; a beautifully CNC machined one-piece stem. Designer, Eoghan Mulholand, is the man behind the TRC Stem, the first of many more mountain bike components to come. 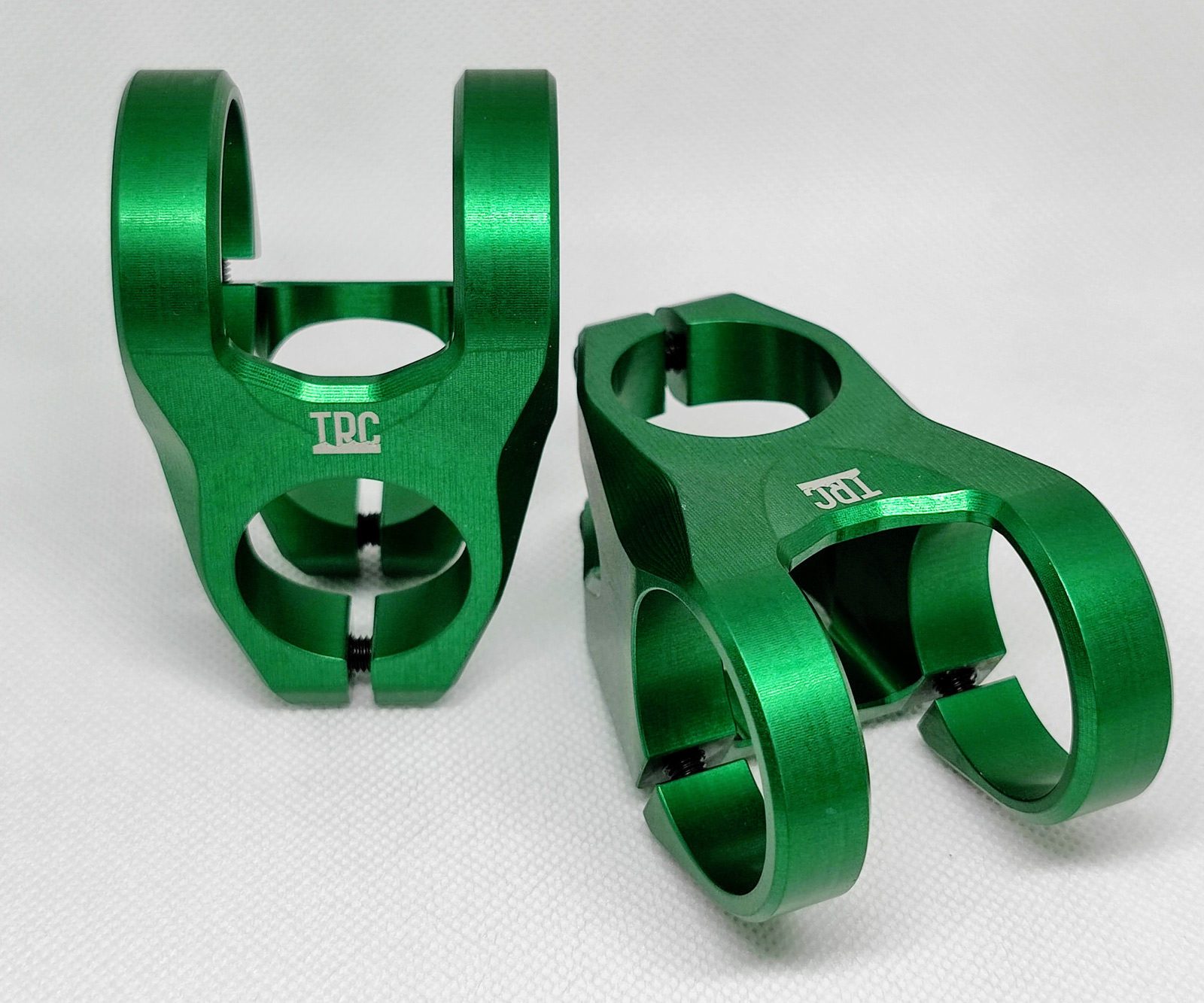 Three Rock Components’ original intention was to manufacture the One-Piece Stem in Ireland, but a failed search for the right manufacturer ended with founder Eoghan searching farther afield. Thus, the TRC One-Piece Stem is manufactured by RadoxX in Germany, a company whose processes and quality Eoghan was already familiar with, having had a hand in designing other brands’ components that were produced there. 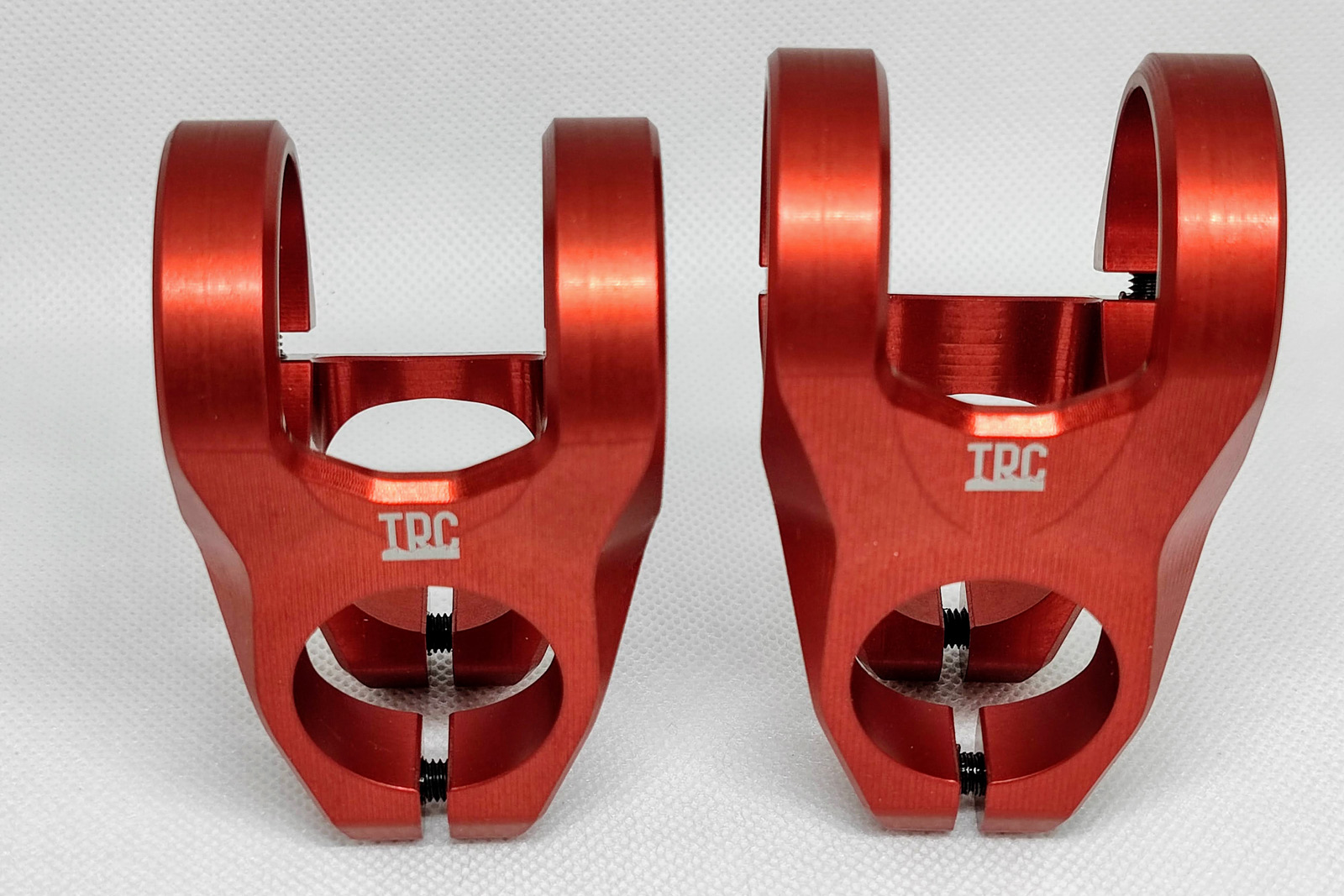 The Three Rock Components One-Piece Stem has a super clean aesthetic, thanks largely to the reduced number of bolts the design permits and the seamless flat top. In fact, it look a lot like the Grace One-Piece Stems manufactured by Intend. Looks are where the similarities end, however. The Three Rock Components offering is machined from 7075 aluminium, is offered with stainless steel bolts only, and it is a fair bit heavier and cheaper than Intend’s offering. 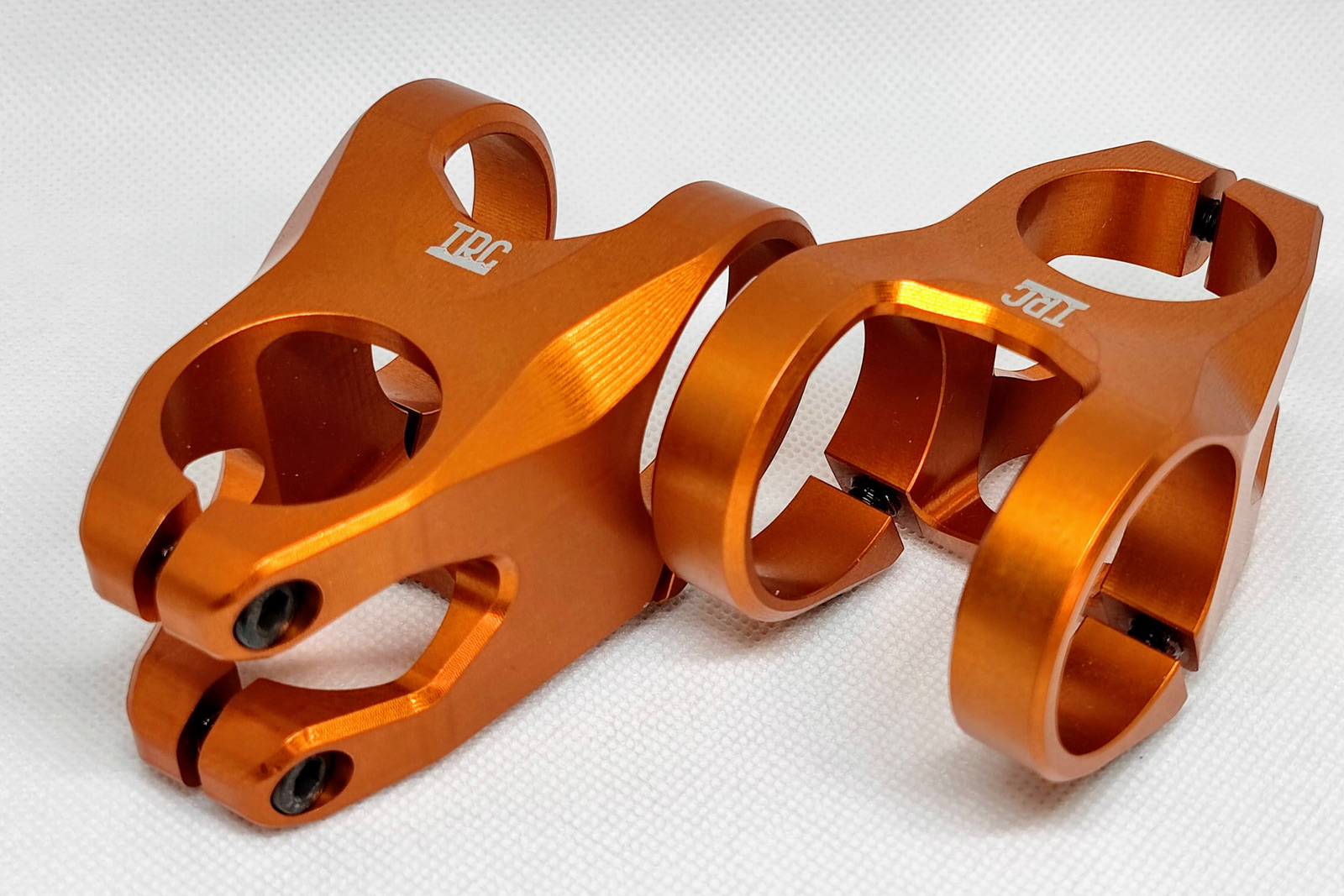 The TRC One-Piece Stem is offered in a 35mm clamp option only with a stack height of 40mm. Get it in lengths of 35mm or 42.5mm. The former weighs a claimed 101g, while the latter weighs a claimed 121g (both weighed with bolts and greased threads). Weight wasn’t Eoghan’s primary concern when designing the TRC One-Piece Stems, choosing not to compromise on strength in a bid to shave off a few extra grams. 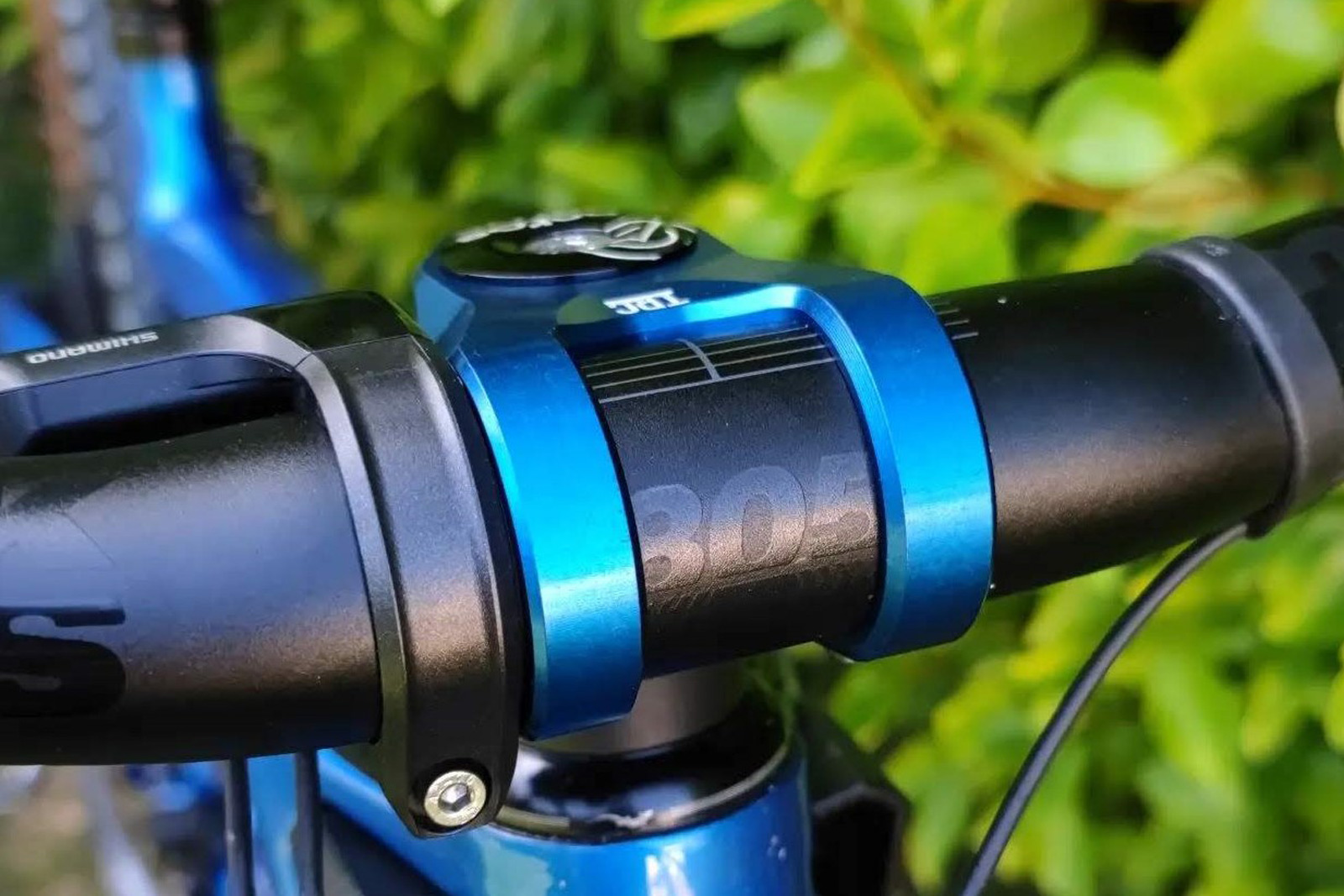 Like other One-Piece Stems, the Three Rock Components one is limited as to which riser bars it can accomodate. Riser bars that are known to be compatible include: 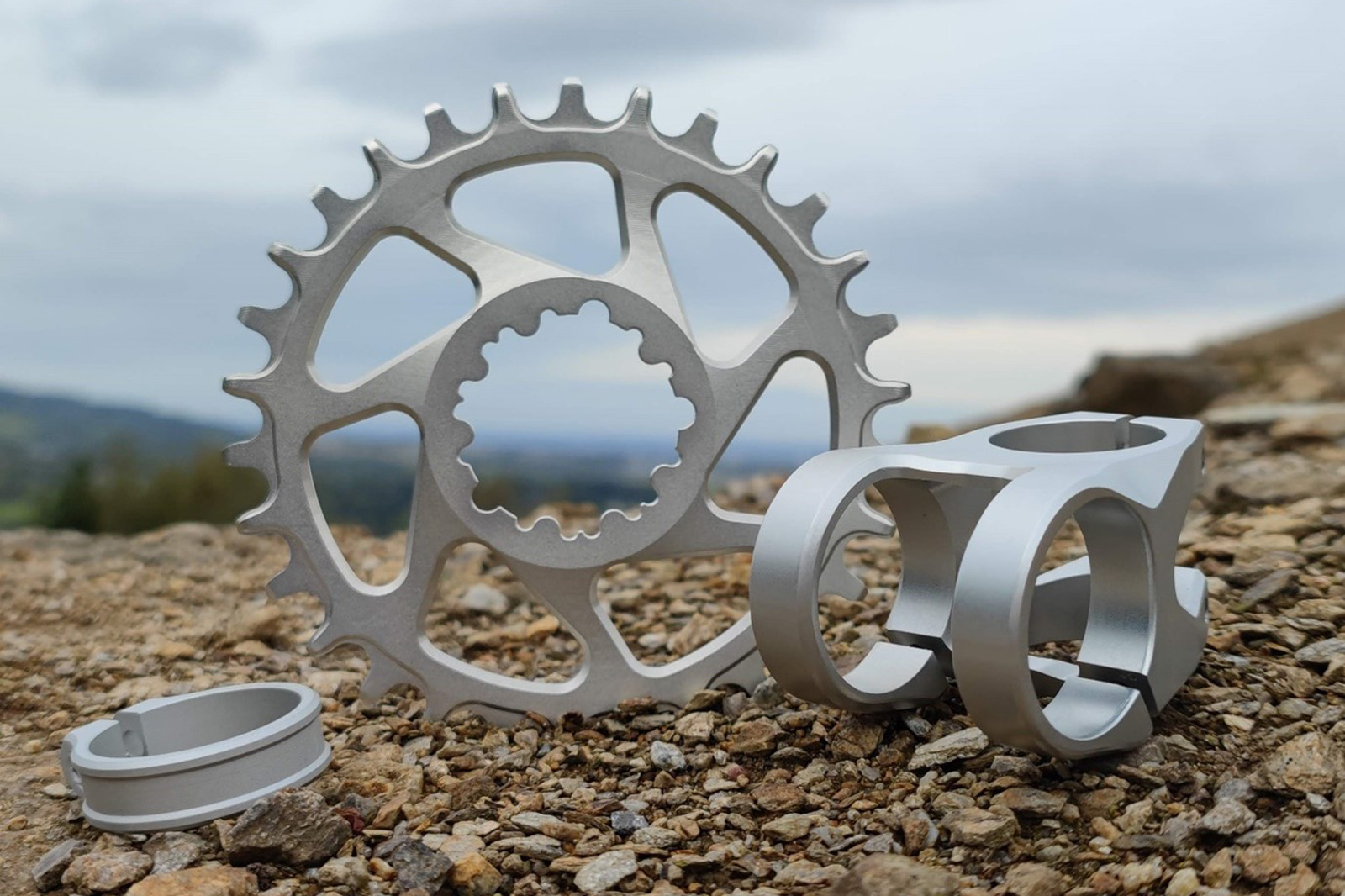 Eoghan tells us he has many more Three Rock Components in the works, including oval and round chainrings, bash guards and seat clamps. He also has plans to bring manufacturing to Ireland in the future.

The Three Rock Components One-Piece Stem is available now in 7 anodized colors, each retailing at €89. Get it in Black, Blue, Green, Orange, Red, Silver or Violet. It will arrive in plastic-free packaging.

Nice looking stem. Looks A LOT like an updated version of the 77designz stem

@Roger, Jamie – not even close. 77designz has a different clamp design, this is more on the Intend Grace side. And it was 77d who made their stem after Intend Grace.

LOLWHUT? The Intend won’t be mistaken for a 77 regardless who came first. This, however, does look super close to the 77. The overall shape is the same, depth of the windows are very similar, and it has almost identical chamfer cuts on the corners. The only real difference is the bar clamp is rotated farther under, and there’s maybe some angularity in the openings.