Saying the “new” Look 765 Optimum+ endurance road bike the same thing as a gravel bike isn’t actually an exaggeration. What Look is calling their new “ultra-versatile bike designed for road endurance and comfort” is in fact a new spec of their carbon 765 Gravel frameset with smaller tires and the resulting change in handling from bringing the bike 6mm closer to the ground.

It shouldn’t come as a big surprise for Look to rebrand road-oriented builds of the 765 as endurance all-road bikes. The gravel platform first debuted along with a pair of Fazua-powered e-bikes dubbed the e-765 Optimum & e-765 Gravel for all-road & gravel riding, respectively. And by the time the pedal-powered 765 Gravel RS got its official launch, it was already claiming to be race-ready “from road to gravel, even for some cyclocross.” 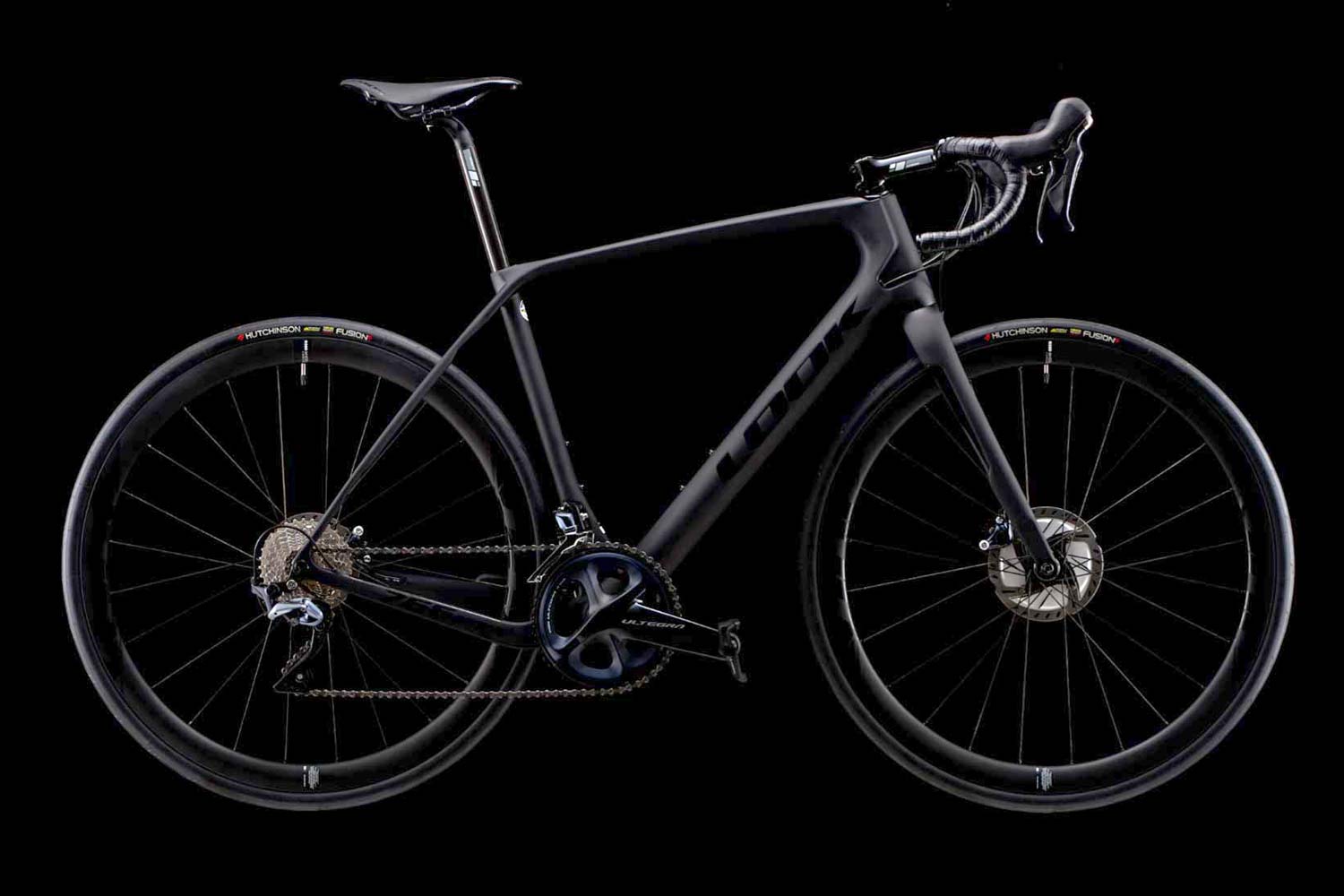 Now the 765 gets its official all-road overhaul as the Optimum+. The carbon frame design is the same as the gravel version, there’s just no extra light RS carbon spec available at the top. The idea here is to stick with affordable comfort & flexibility for riders looking for an endurance road bike with large volume tires (more so than the older, more conventional 765 Optimum without the plus). The 765 Optimum+ gets the plus for plus-sized comfort and expanded range. Rebranding the gravel platform, that means the 765 Optimum+ which is spec’d with 30mm road tires, actually has room for up to 700c x 42mm or even 650b x 2.1″ tires. Geometry changes a bit when make that big of a jump from 30mm to 42mm tires. The 70.3° head angle remains quick enough for endurance road. The shorter & more upright fit works well for all-road, just as it does for gravel. And the long 420mm chainstays certainly lend stability. But the smaller tires bring the bottom bracket (and the center of mass of the rider) 6mm closer to the ground, but at 70mm of drop with 30mm tires pedal clearance is comparable to many skinny-tire race bikes. It also decreases fork trail by just 1.5mm to a still long 70.5mm measurement, noticeably more stable at speed but sluggish at low speed than the non-plus Optimum. Beyond big tires and slightly tweaked geometry, the French carbon Optimum+ endurance frames carry over the variable thickness flexing “3D Wave” section in the seatstays to soak up vibration. Even without the lighter RS-level frame construction, the Optimum+ is still made up of a mix of hi-mod and hi-resistance carbon fibers for a balance of stiffness, flexibility & light weight. The frame features an asymmetric dropped chainstay to work with big tires & 1x or 2x road compact drivetrains, a PF 386 EVO bottom bracket, direct ports in the side of the headtube for internal cable routing, low-stack tapered internal headset design, and a 27.2mm seatpost. The Optimum+ gets flat mount disc brake tabs and Mavic SpeedRelease 12mm thru-axles. The only real difference from its gravel brethren, the Optimum+ has fewer bottle bosses, sticking with just the standard two sets inside the main triangle. Look has long been known for making carbon road bikes (and pedals), but now they are getting into the carbon wheel racket too. The 765 Optimum+ debuts a new Look R38 D carbon tubeless wheelset on its top-spec offering. The full-carbon, hooked tubeless-ready rims get a 19.3mm internal / 26.5mm external width and 38mm overall depth. Built up with 24 DT Swiss Competition spokes & DT Swiss 370 hubs, the 1660g wheelset is available with a Shimano 11sp or SRAM XDR freehub, and comes with tubeless tape installed, valves & wheel bags. They are said to be available separately, but no word on pricing or when they will be available in the aftermarket, yet. One step down at 3500€, the Look 765 Optimum+ Full Black Matt has the same Ultegra R8000 groupset, yet with Shimano alloy RS171 wheels and the 30mm Hutchison tires. There’s no frameset option for the Look 765 Optimum+ specifically, but you can always just buy the lighter 2300€ 765 Gravel RS series frame to build up your own custom Optimum+ endurance road bike with 30mm road tires. Or if you are just looking at even more pricing options… if you want to save a few bucks and already have some 30mm slicks, you can but a 765 Gravel in all black with the entry 105 spec for 2700€. And if you are trying to go more high-end, there’s a pretty 765 Gravel RS complete in Champagne & black for 6500€ with a Force AXS double that would make for a killer premium Optimum+ endurance road bike with a quick swap of some fat road tires…