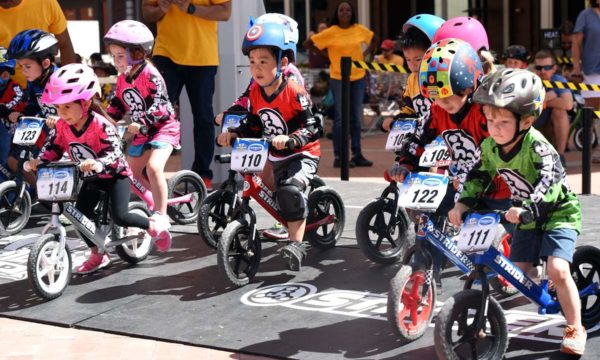 The 8th annual Strider Cup is back again, to pit toddler-against-toddler racing balance bikes. Just last week we saw the series extend its Asian leg, with a new finish in Beijing. But now the big news is the announcement that the Strider Cup World Championship is coming July 20-21 to the US cycling crazy town of Boulder, Colorado. 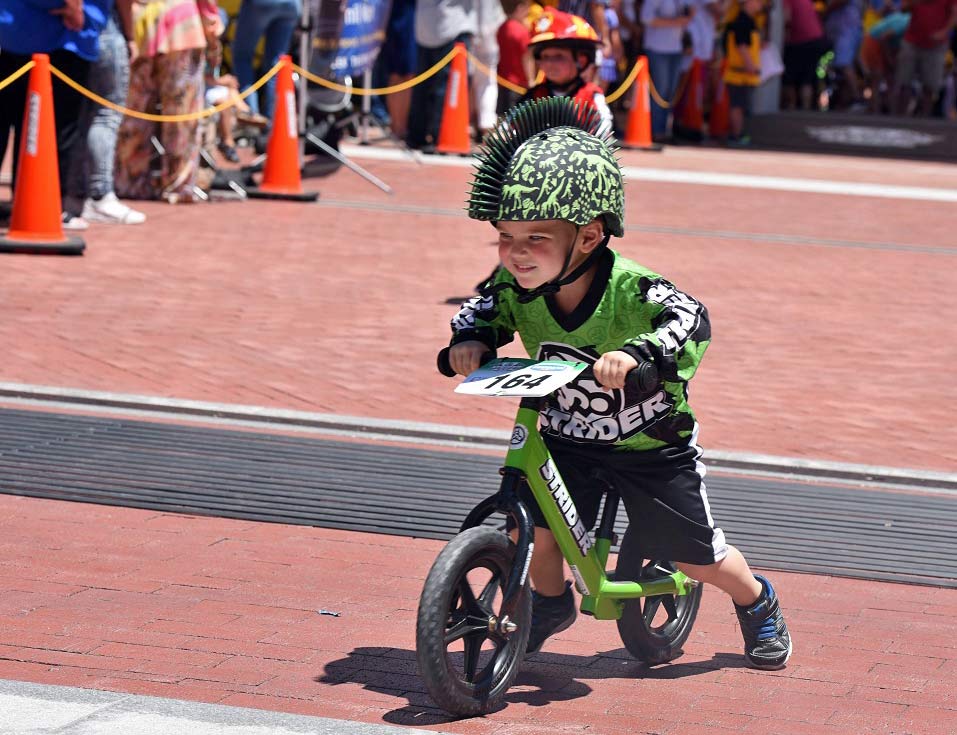 Organizers expect racers from around the world (although we really wonder what those parents are thinking?) And they say “some as young as 18 months old striding along in diapers.” Really, they already have racers signed up from Japan, China, Vietnam & Taiwan!

Whatever your thoughts on traveling the globe to have tiny rugrats duke it out on balance bikes, the underlying idea is that the events get kids interested in bikes. And it becomes an easy way to spark some early passions for bike racing. 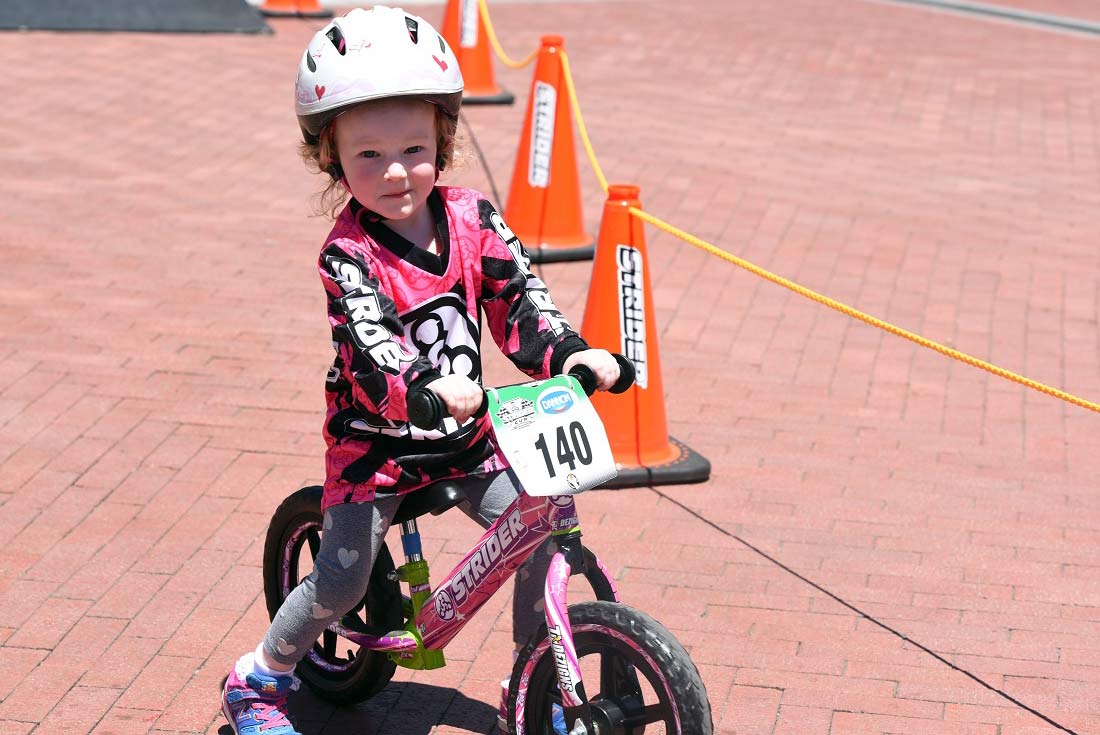 If your kiddo under 6 isn’t quite ready for Worlds yet, there are tune-up races around the globe – seriously in 25 countries! To practice their starts in the US, you can take the kids to series races in Fort Worth, TX on May 5; Cleveland, OH May 26; or to Charlotte, NC in June (final date TBD). 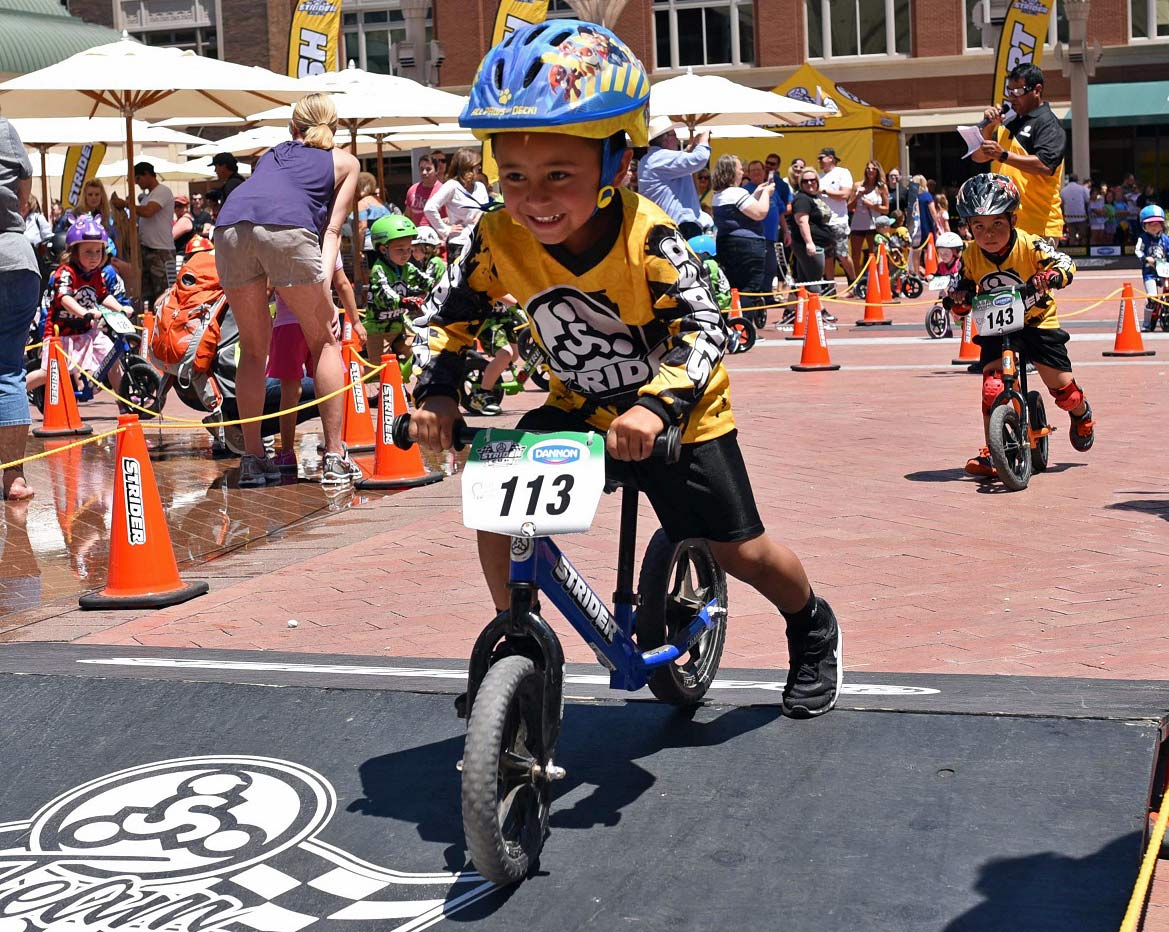 Kinda cute, but balance bike racing happens every week at a local BMX track near you. Race local!

Remeber the good old days when kids could just ride there bikes for fun?

It may be a competitive event, but having attended several: Every single kid has fun.

They do not all get a trophy, nor do those kids who get a trophy get the same size trophy. They all get an award and lots of cool swag, but the trophies are reserved for the top placing kids that make it into the final “Main” race.

“under 6.” ?? My 5 year old is already racing 1 speeds in the CX kiddo races. He’d be confused by the lack of pedals! That said, I’m totally taking my 3 year old to this. He loves him some trophies.

I can’t get my kid to even ride a bike! All he wants to do is dance. Oh well. #daddydancelife ya’ll know what it is

Strider bikes has done so much for getting kids on bikes and these events are great for kids (admittedly some parents take it too seriously). I wish more companies would step outside the bike industry like Strider does to encourage participation in cycling.