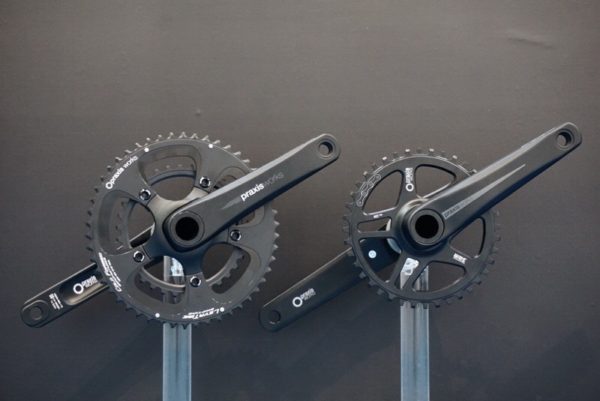 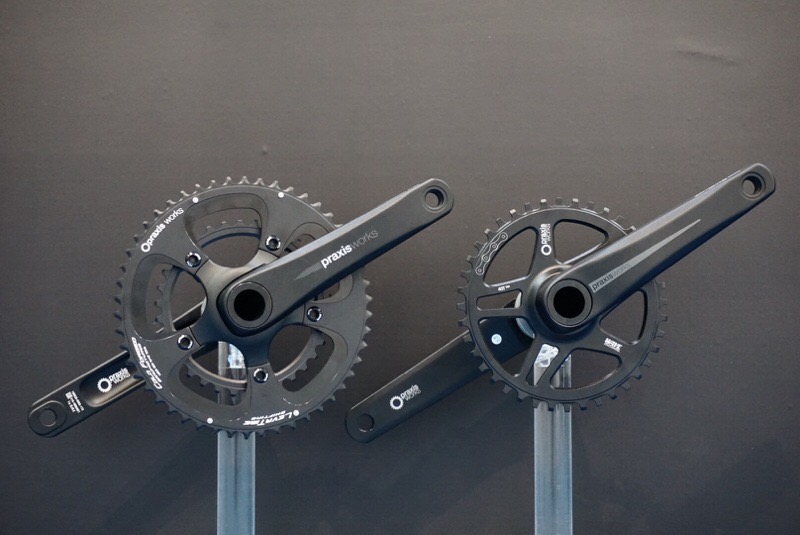 Praxis is on the road to making their cranks use a direct mount chainring and spider system, which will allow you more flexibility when it comes to swapping rings or switching between double and single. For cyclocross applications where most of us are running 1x, it should also lighten things up. What’s particularly cool about their switch is that they’re using a SRAM-compatible 3-bolt interface, which means you’ll have a very wide selection of chainrings to mount on their crank arms.

They’ve starting with the Alba direct mount cranks, which are available now. The Zayante will follow later in the year because they’re doing a little optimization to save more weight on that since it’s a higher end model. 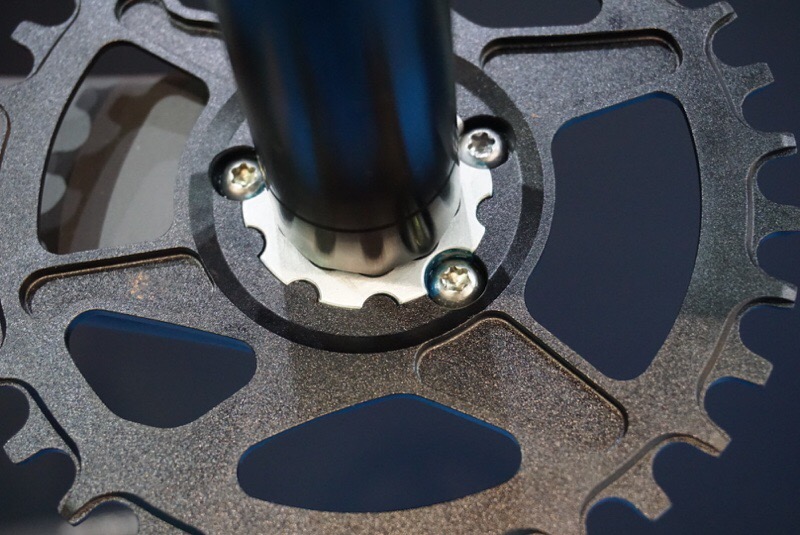 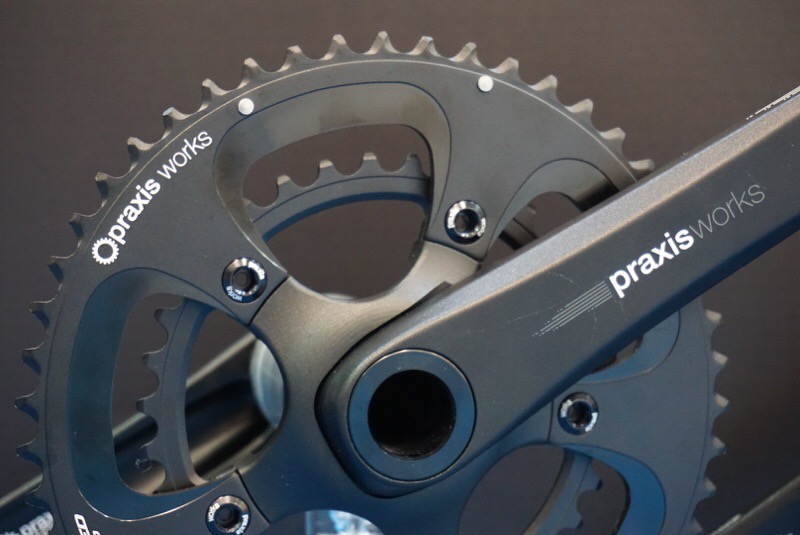 Single chainrings (which they introduced last year for cyclocross using the MRP Wave Guide tooth design) will be a one-piece unit. Doubles will still mount to a spider, but the spider will use the direct mount attachement rather than have the spider as one-piece with the drive side crank arm. 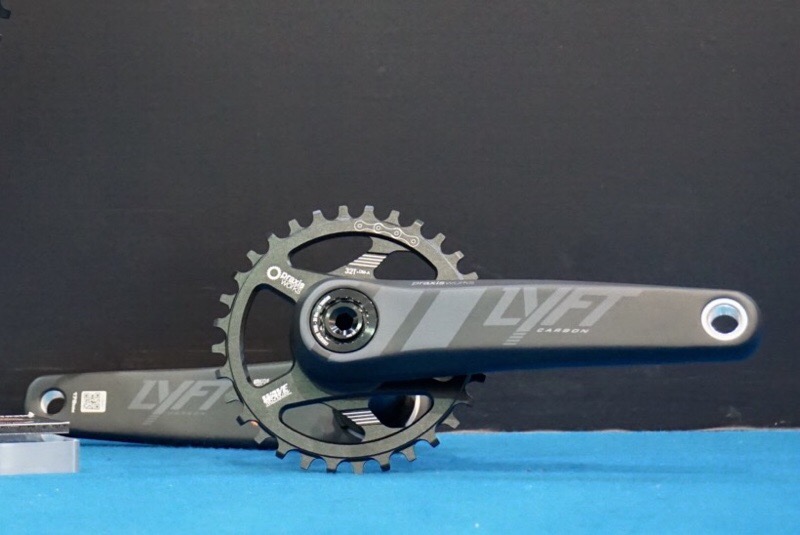 The Lyft carbon cranks are finally shipping, and they share the same 3-bolt direct mount design. Praxis makes a wide range of bottom bracket solutions, too, allowing their 30mm spindle to work on virtually any frame. Not shown, a new T47 BB is now available, as are Boost versions of their wheels.

Lastly, their deal with 4iiii power meters is still going, and now it’s expanded beyond the USA. You can now order their Zayante cranks with the 4iiii unit anywhere in the world.

I’d like to see a CX version of the Lyft crank, with direct mount chainrings.

For the love of god, give us this crank already. I will also accept 44/28.

165mm for us short people too.

just in time for sram’s switch from 3 bolt to 8 bolt!